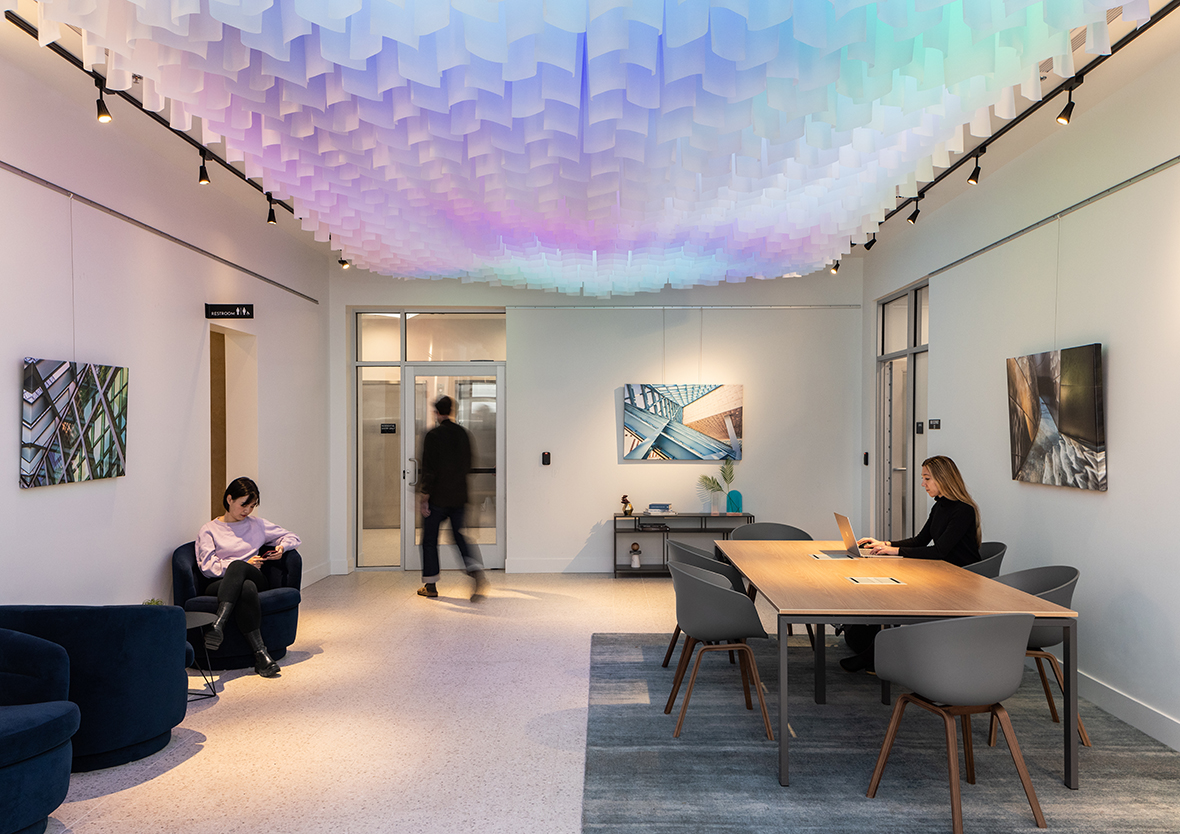 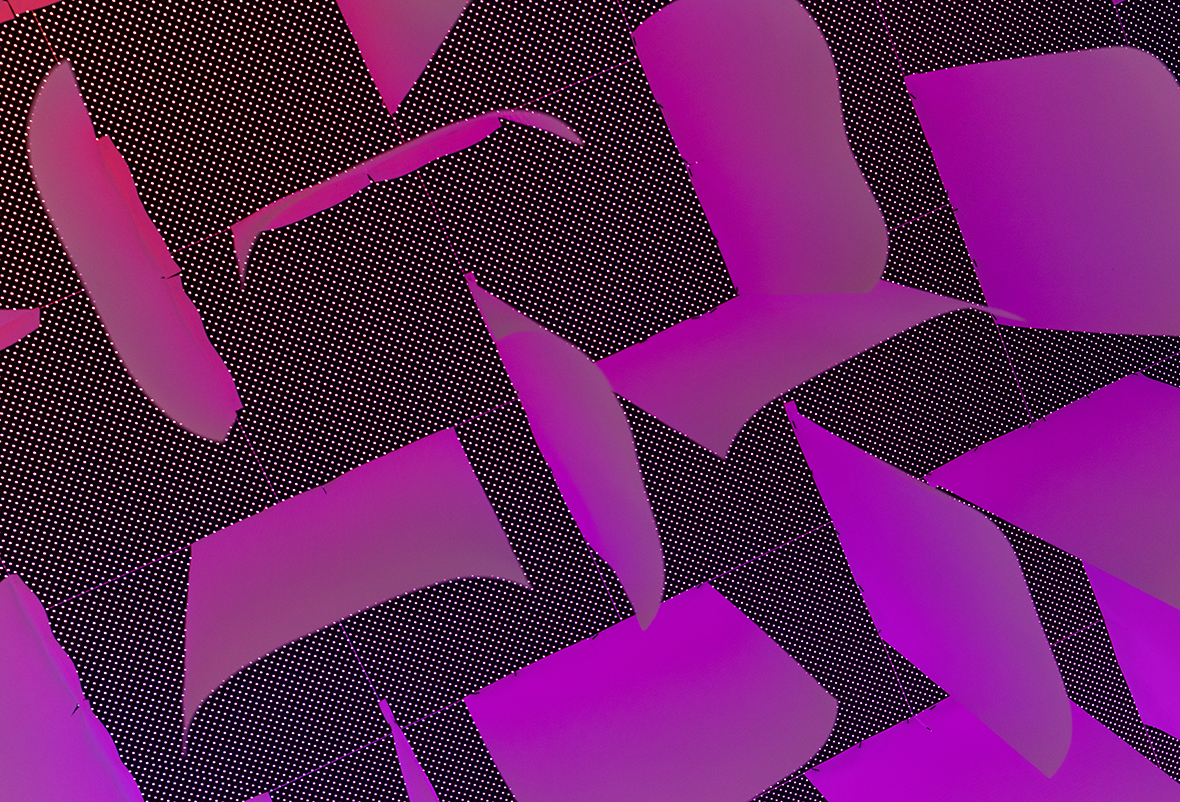 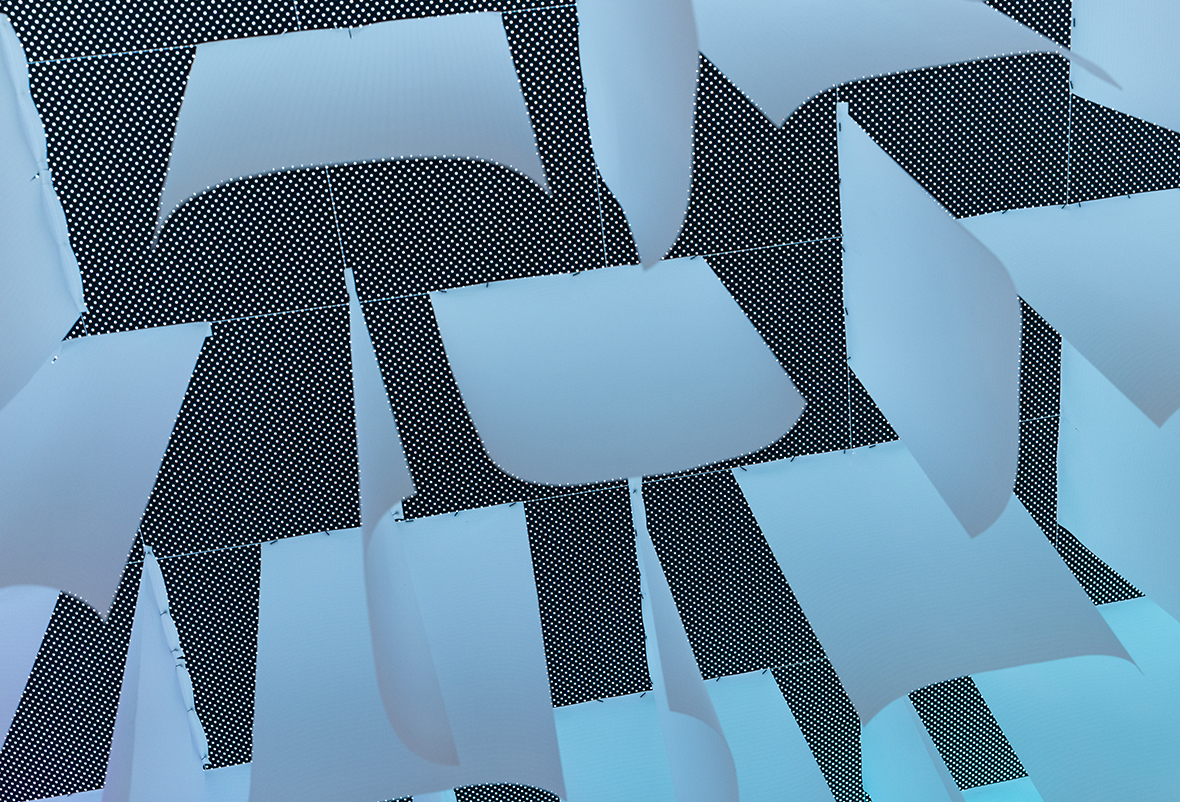 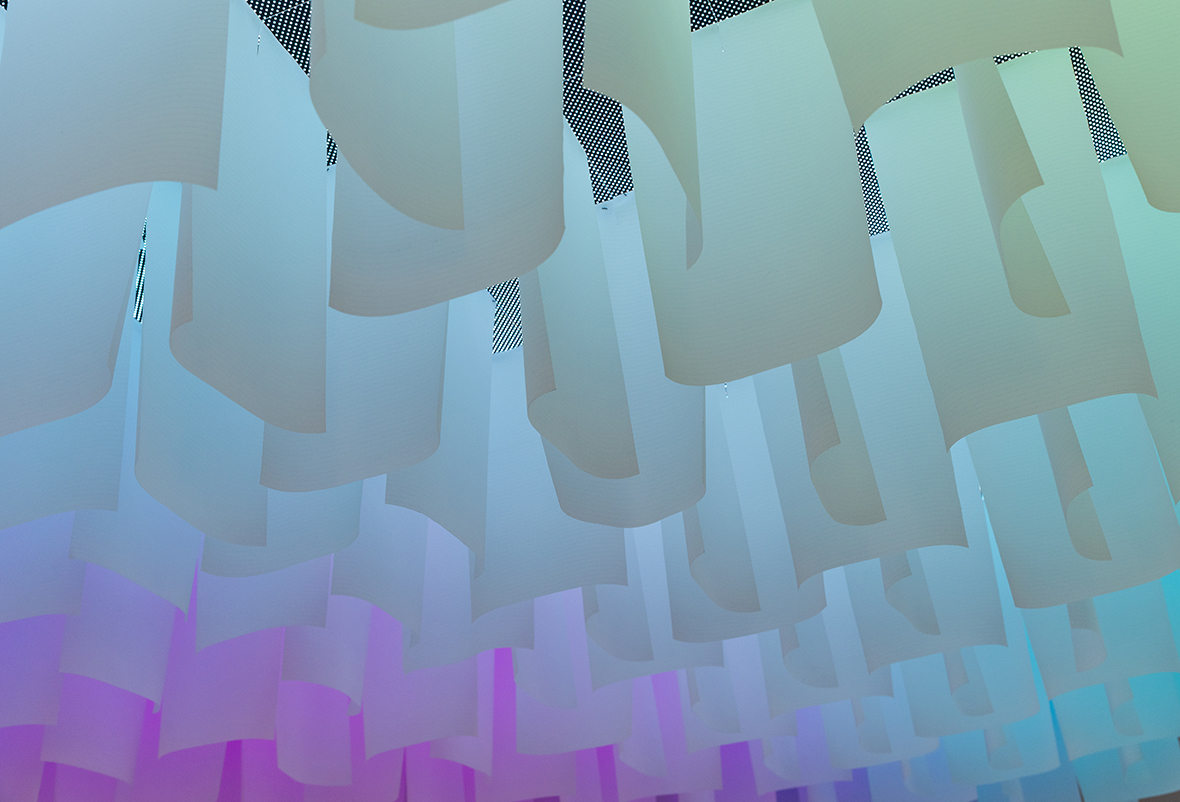 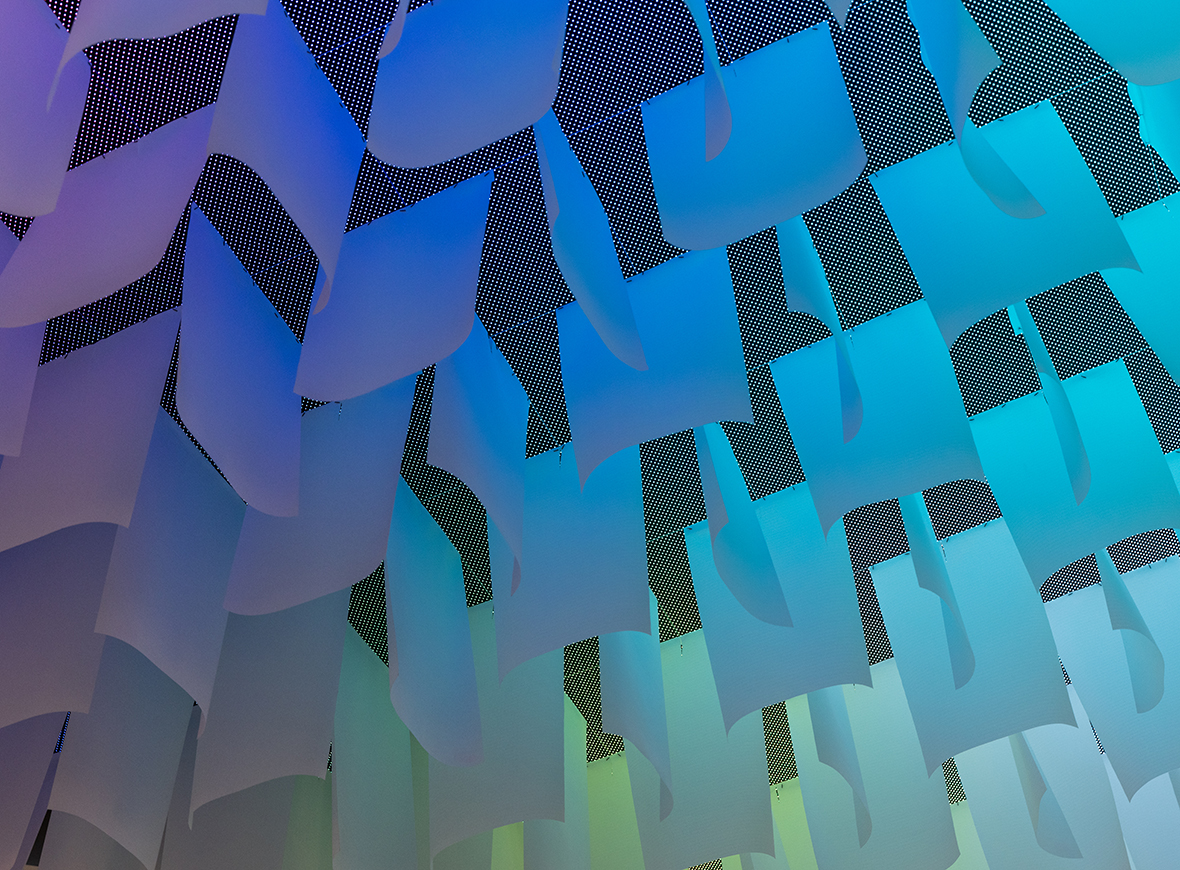 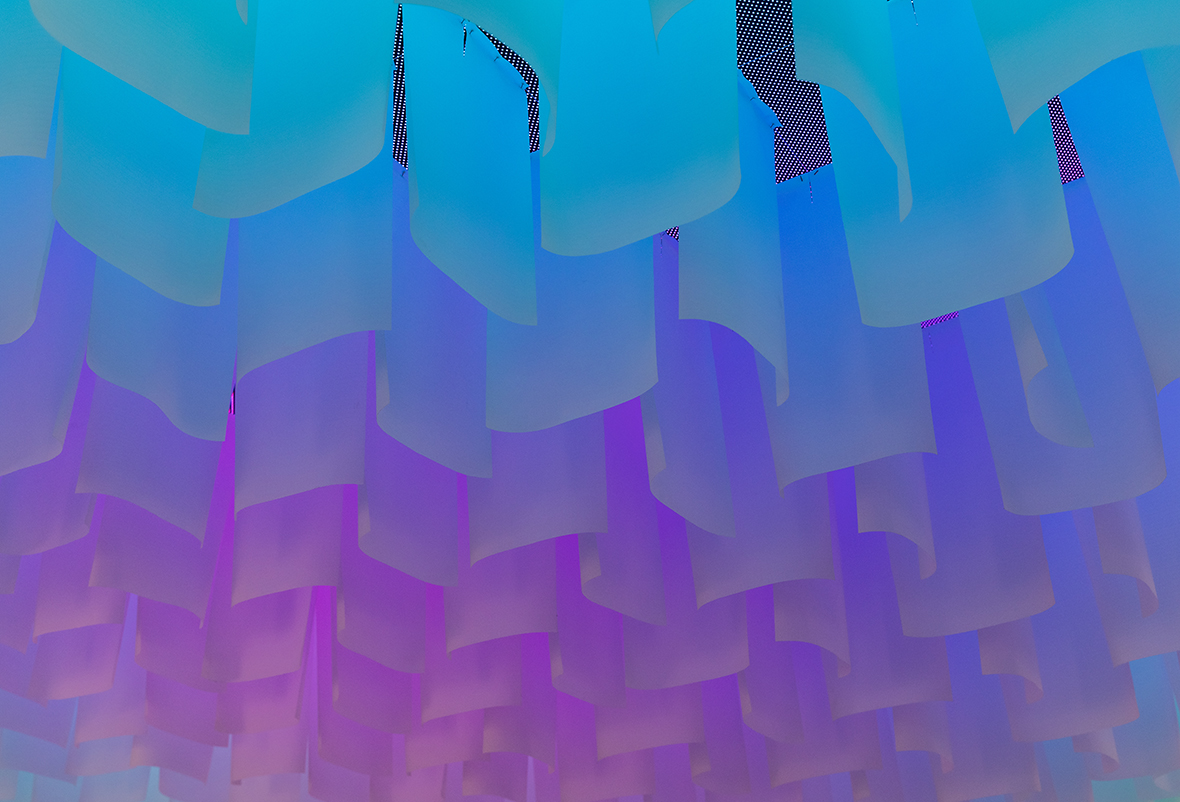 Lobbies generally operate as nondescript liminal spaces, corridors of connection that feel and look neither here nor there that we hurriedly pass through without a thought. But Seattle-based Johnston Architects (JA) imagined this transitionary room as an opportunity for a more illuminating experience, one flourished by a permanent art installation strewn across the ceiling intended to evoke the sky overhead, giving people a reason to stop, catch their breath, and enjoy a calming moment underneath its soft glow. 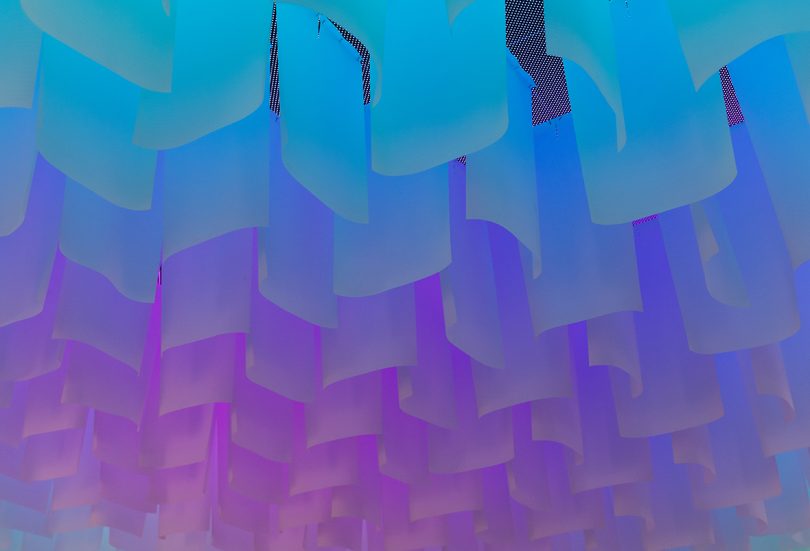 Designed by lead architect Jack Chaffin with designers Lu Zhang and Shane Leaman, “Digital Sky” occupies the entire 12’ x 30’ expanse of the Kirin apartment lobby ceiling in Seattle, Washington, an installation comprising 1,000 translucent flags made from rip-stop fabric paired with a panel-sized screen arrangement of LEDs underneath to illuminate the entire space overhead to mesmerizing effect. 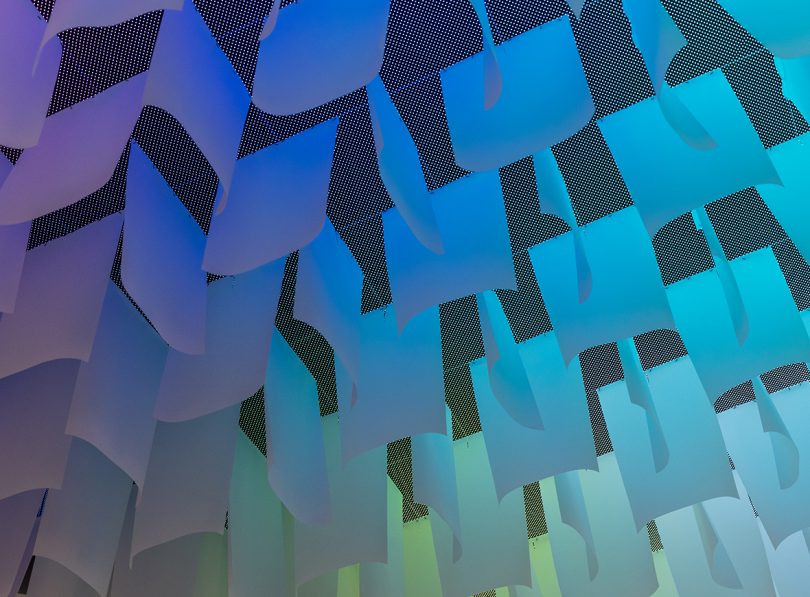 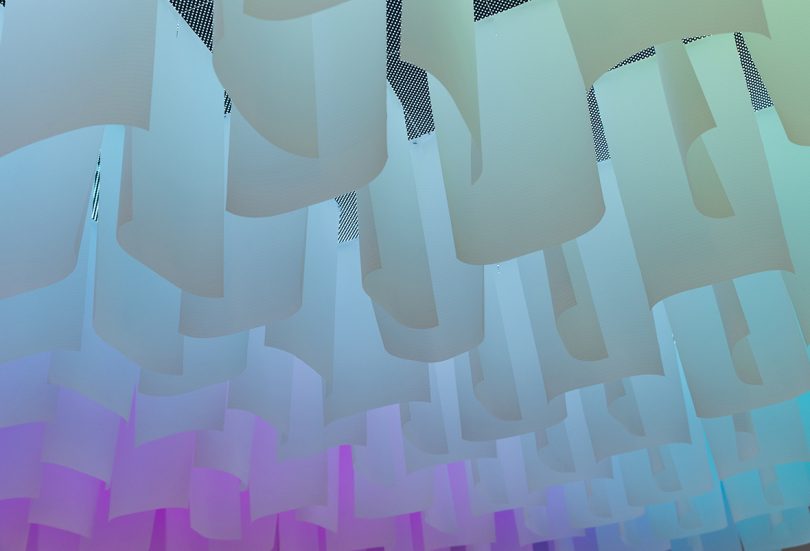 Controlled by an algorithm engineered to filter videos into abstracted displays, the installation creates natural patterns that move in heuristic fashion, mimicking waves or clouds. The movement of light is imagined to magnify the passage between the building’s bustling public exterior into an interior of tranquility and privacy. 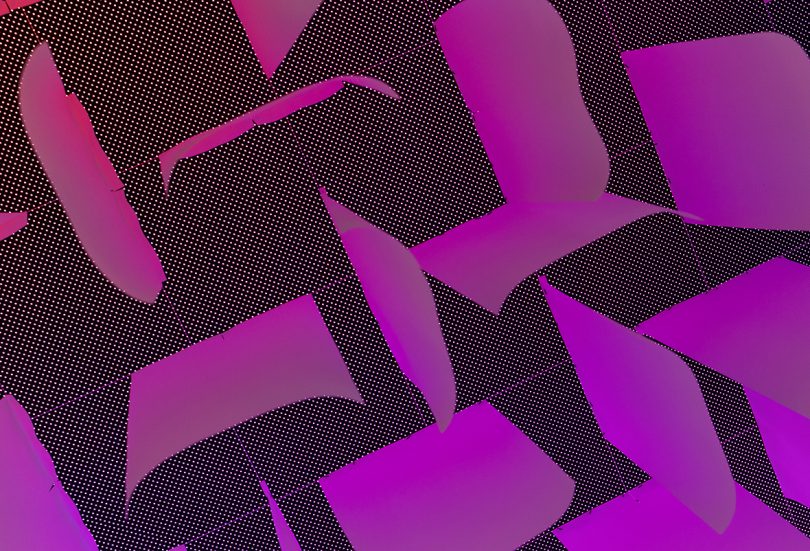 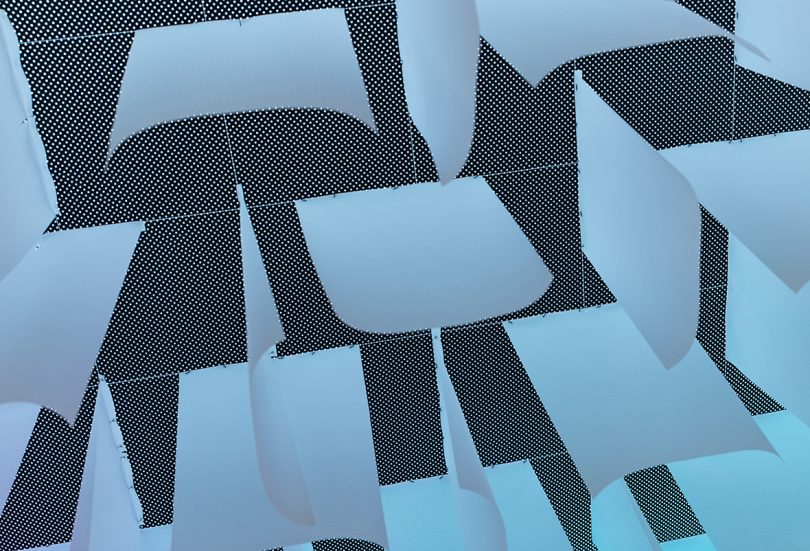 “Digital Sky” can be programmed to display an endless array of colors, patterns, or animated patterns, many which parallel the body’s own autonomic nervous system, giving occupants a calming moment of respite while entering or exiting. In fact, the system includes a “breathe mode,” replicating the act of inhaling and exhaling, matching the rhythm of people’s movements as they pass through the space – a visual reminder of the importance of breathing as an essential act we so often take for granted – like the lobby itself.