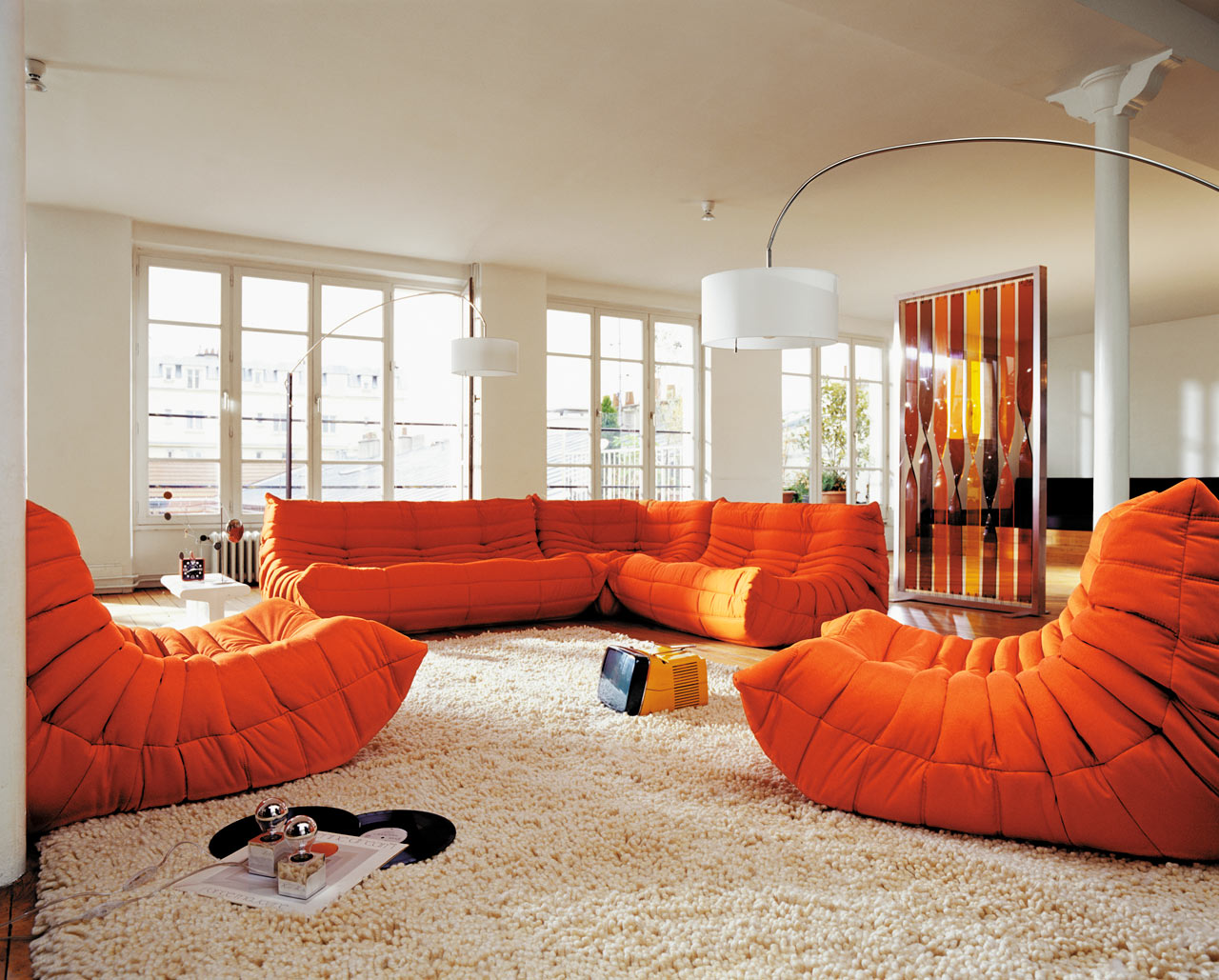 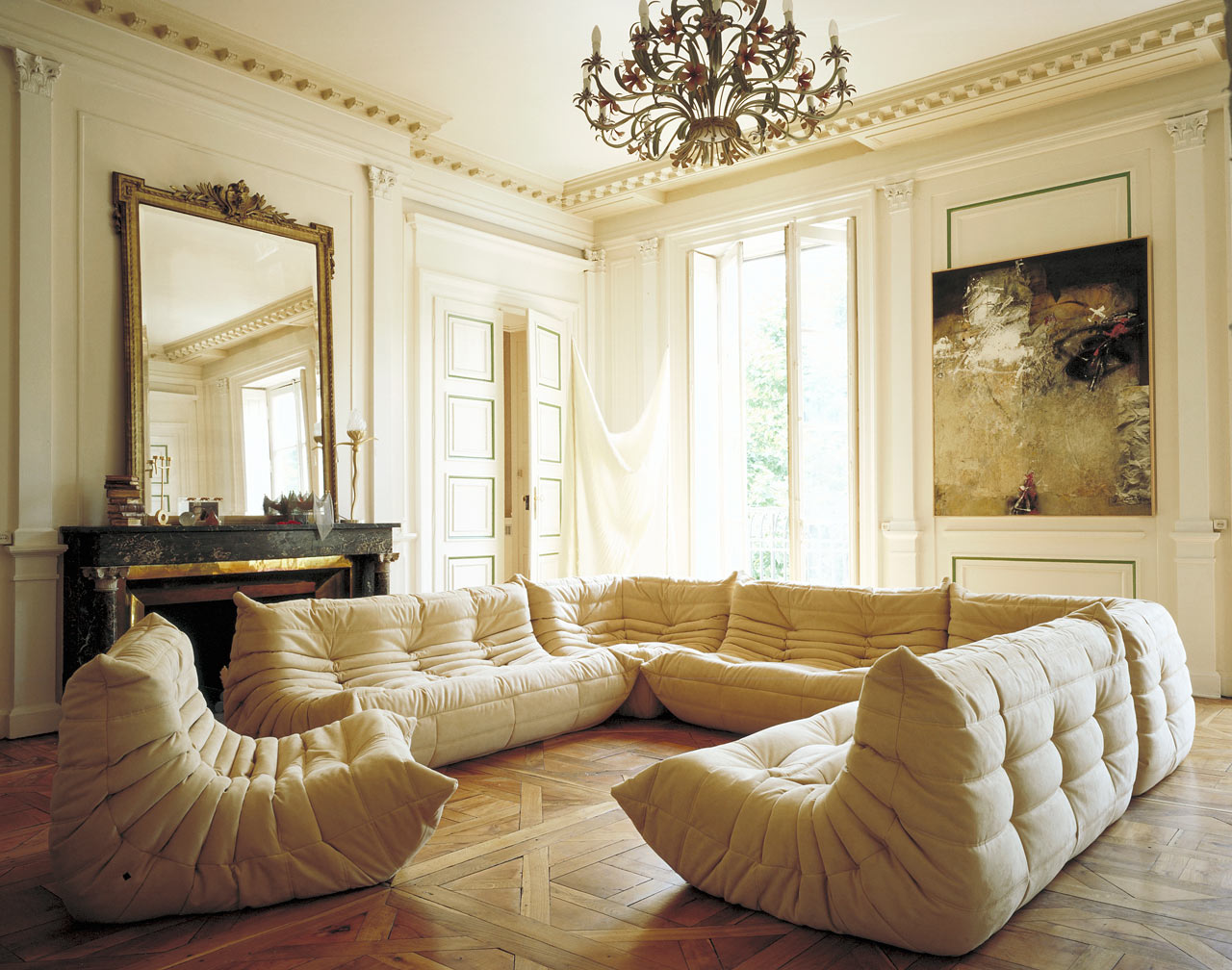 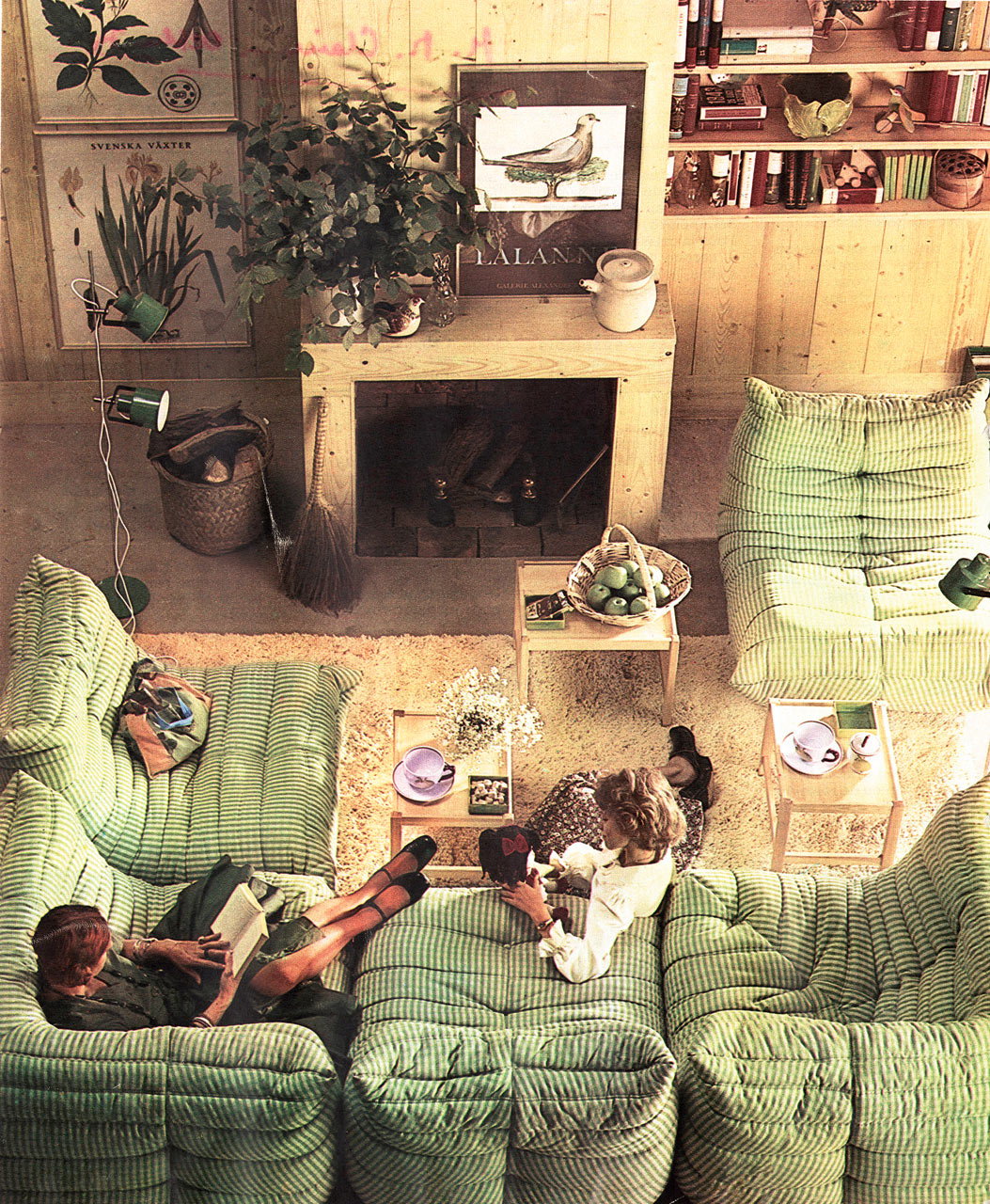 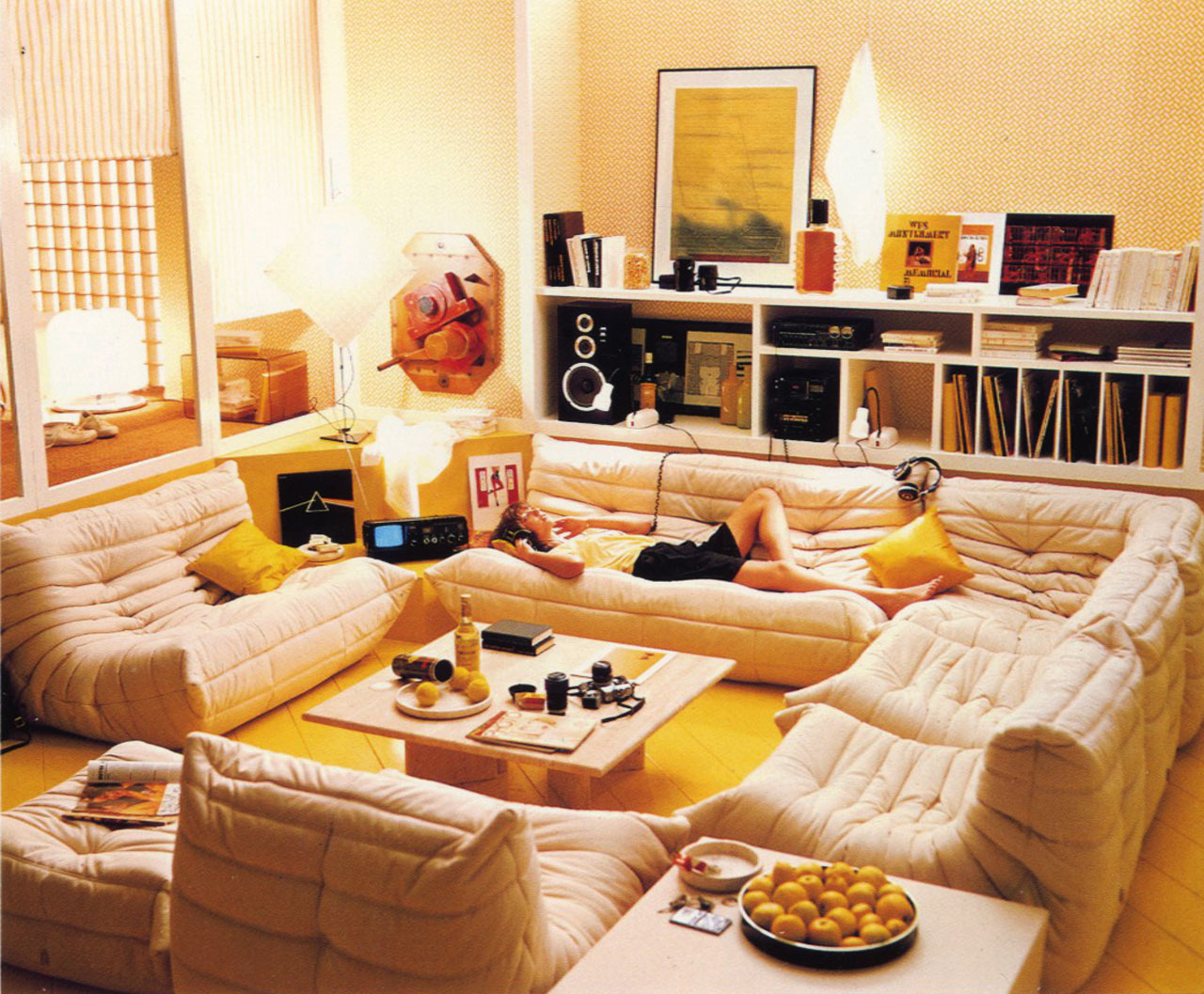 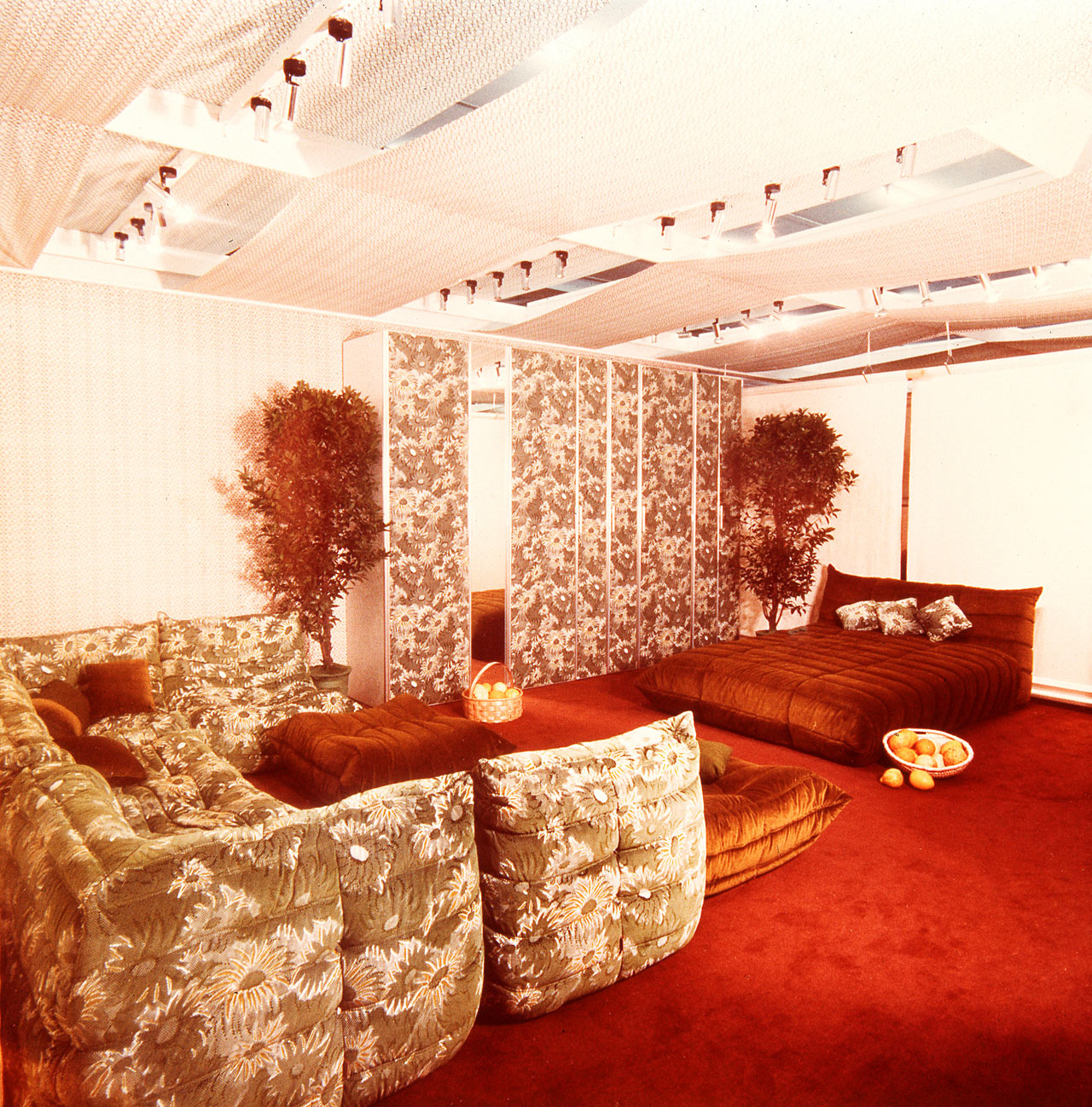 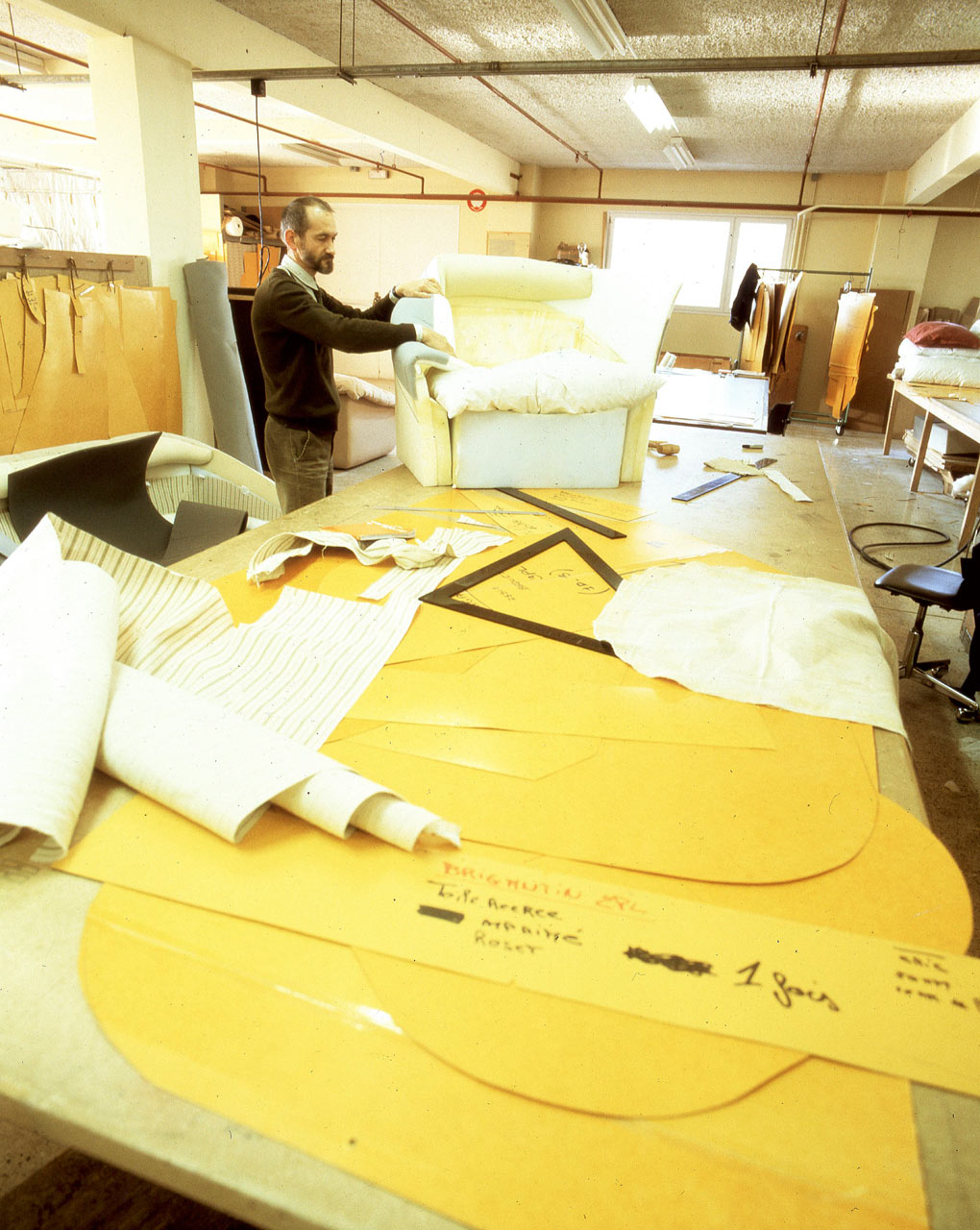 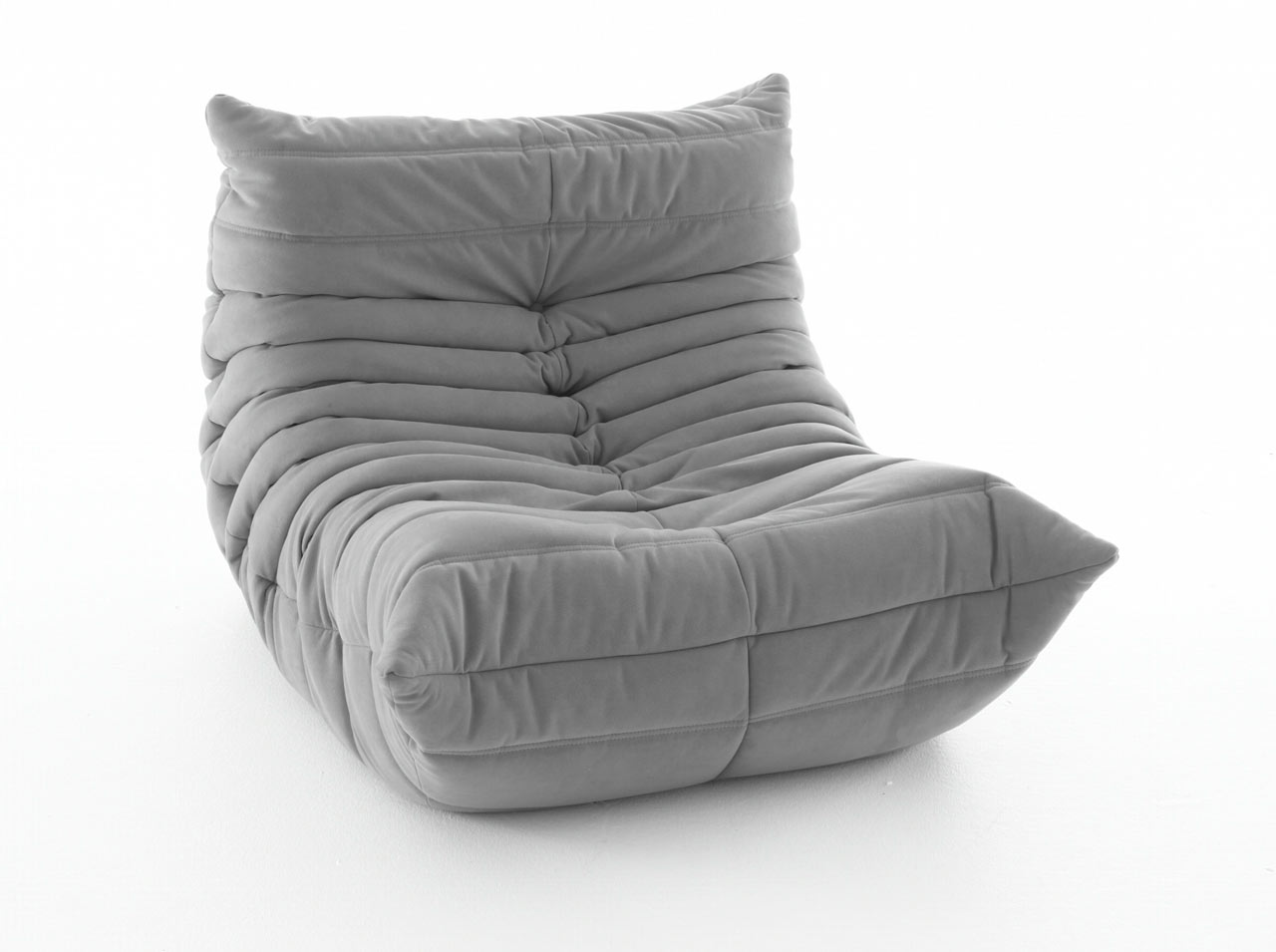 What makes a timeless classic piece of furniture? What goes into the design, the manufacturing and the distribution that equates to its value? We wanted to find out what makes a classic design so timeless—and why no reproduction could ever compare to the real thing. So we thought we’d go right to the source and ask. We talked with some pretty high up people at some pretty big companies who are working together to promote unique design through a new initiative called Be Original. Be Original stresses the value of authentic design through a manifesto that we believe should be at every designer’s core: read it here. 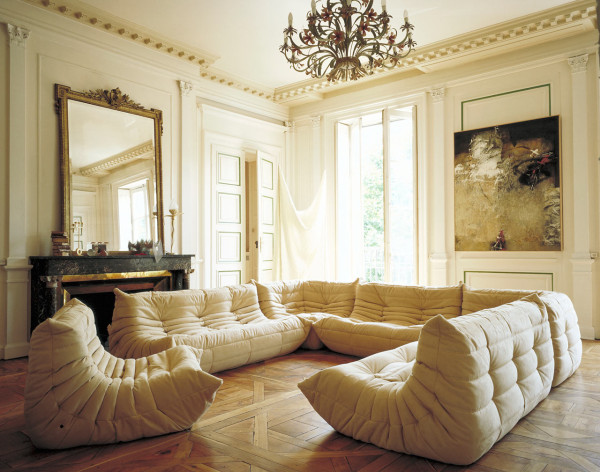 Ligne Roset‘s famous Togo collection is celebrating its 40th anniversary this year, so it’s only fitting to kick off this series with a classic that’s older than me (but not by much!). To celebrate, Ligne Roset introduced a new style: the 2-seat lounge. In addition, all Togo styles will now be available in two new fabrics: a Lyonese-style velvet jacquard fabric with floral motif and an Alcantara material with printed houndstooth (below).

The collection was designed in 1973 by French designer Michel Ducaroy, who was born to a family with contemporary furniture design in their blood. He met Jean Roset in 1960 and instantly the two hit it off, and eventually Ducaroy became the head of the Roset design department and the company’s spearhead of innovation (imagine being able to put that on your resume!). Ducaroy drove the company to use new production techniques and new materials, resulting in some of the most luxurious and innovative modern furnishings in the world. In the years before Ducaroy, Ligne Roset had already been making chairs and furniture, but the company first started out manufacturing umbrellas and walking sticks in the late 1800s. They moved into furniture after the war, making pieces for the contract market, like bedroom sets for civil hospitals. 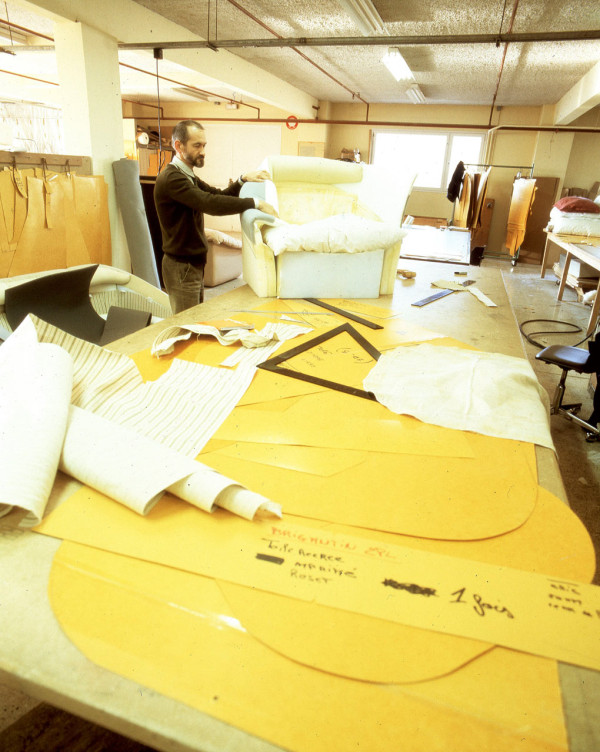 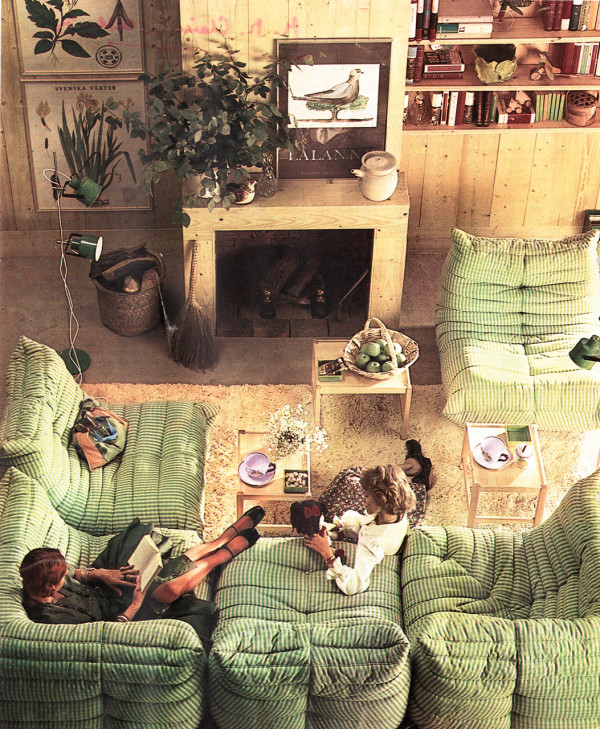 But let me not bore you with too much history! The Togo happens to be one of my most favorite pieces of seating ever designs—no lie. There’s something about the caterpillaresque design with its low-profile lounge style that appeals to my inner 70s love child. The idea of laying around on giant pillows is very appealing to me. And I’m not the only one who felt like that. When it was first presented at the Salon des Arts ménagers at the Palais de la Défense, Paris, in 1973 it was awarded the René-Gabriel prize, which recognized “innovative and democratic furniture”—pieces that offered a good price-to-quality ratio. It’s been described as having a “crumpled, ‘newborn’ appearance with Shar-Pei wrinkles.” 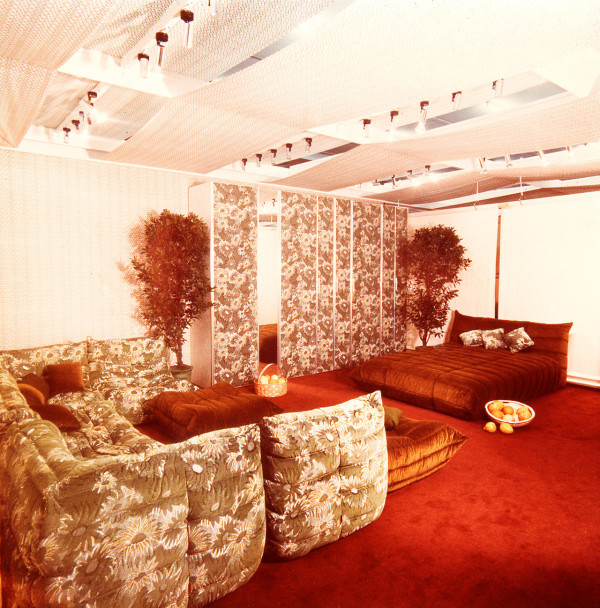 But something about those wrinkles still holds true today. Ligne Roset has sold 1.2 million pieces to date in 72 countries—and they’re still making new styles and upholstery to the line, including a children’s version, which was recently released. The Togo low profile design, comfort and durability appeals to both kids and parents.

Let’s face it, though. Not a lot of our friends are sporting Togo seating in their houses. We see them in fancy interior design magazines, in houses we could only dream to afford. They’re expensive. I’m not saying that all good quality, timeless design has to be super pricey, but there is a lot behind the design and manufacturing here—tons of human hands touch these pieces before they end up in someone’s living room. And those human hands are experts at what they do. Just the upholstery process alone on a Togo sofa takes 4 hours for fabric covers, and almost 6 for leather!

Watch more about the Togo manufacturing process, which takes place at their Briord, France factory:

Did you see that invisible ink that’s only visible with UV light? Pretty cool. Antoine Roset, Executive Vice President of Roset USA, explains, “[Togo’s] upholstery demands a unique traditional skill for which the human hand remains irreplaceable, executing the precise movements which produce the famous folds giving each piece of Togo its character and personality. Machines are used in the beginning of the process, to measure and cut materials then, as the process continues human and machine combine skills to sew the fabric and padding and, at the end, human skills are necessary to make the Togo what it is and add strong finishing touches.”

You just can’t argue about value when you watch the craftspeople and factory workers touching the product. Still, it might take me a while to save up for one, but I’m pretty sure it’s going to be worth it. In the meantime, I’ll lay on my current couch and pretend I’m this person: 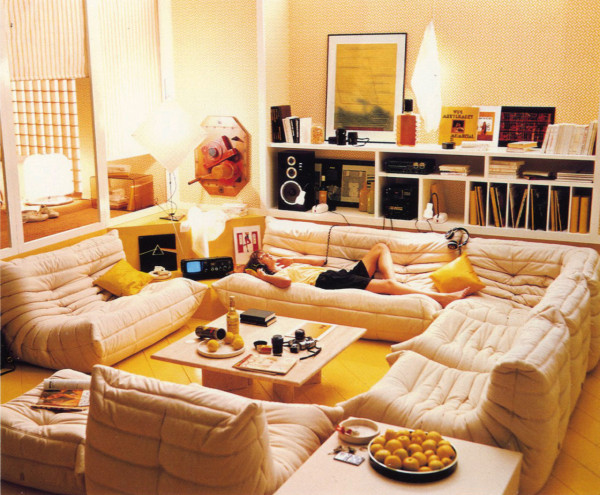