A Rippled Coffee Table That Makes a Splash by Edward Johnson 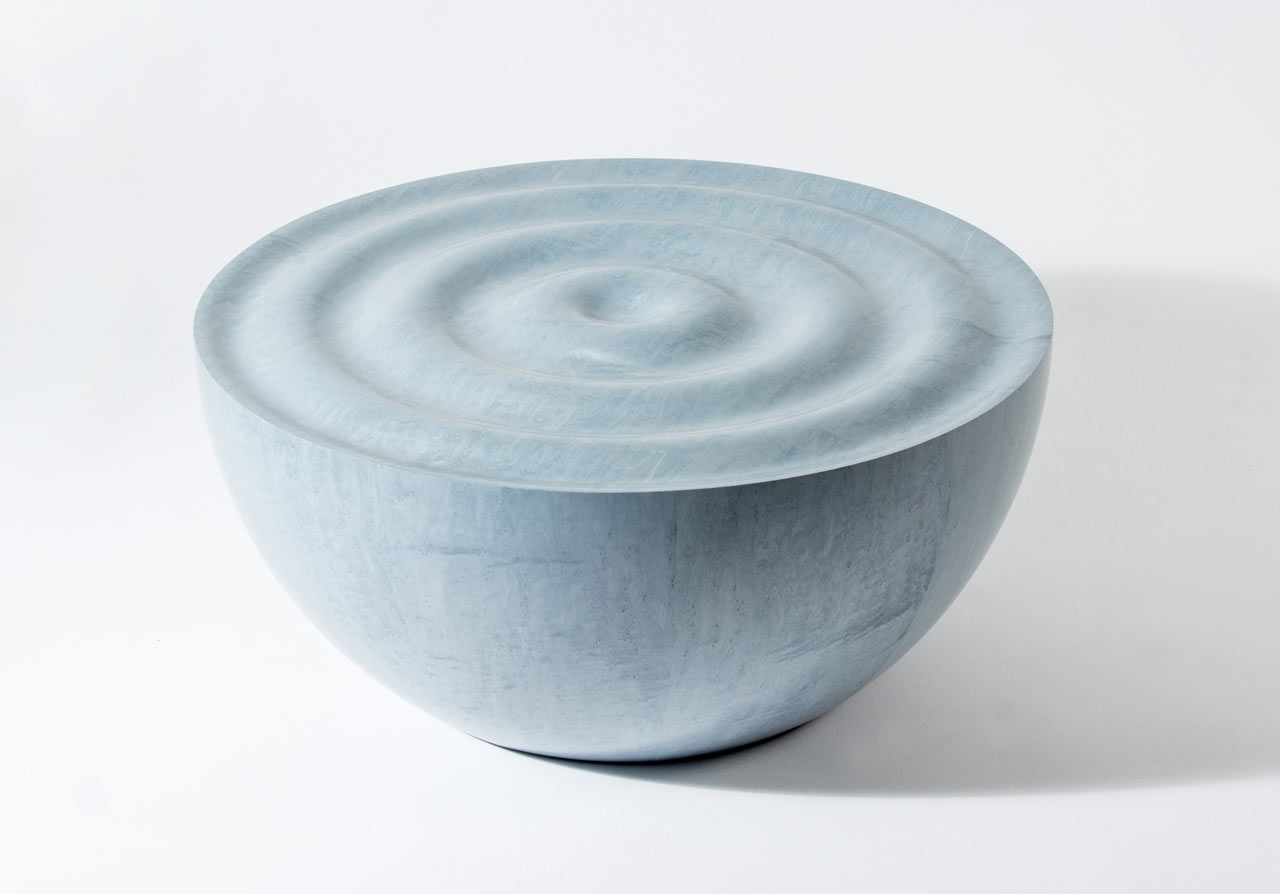 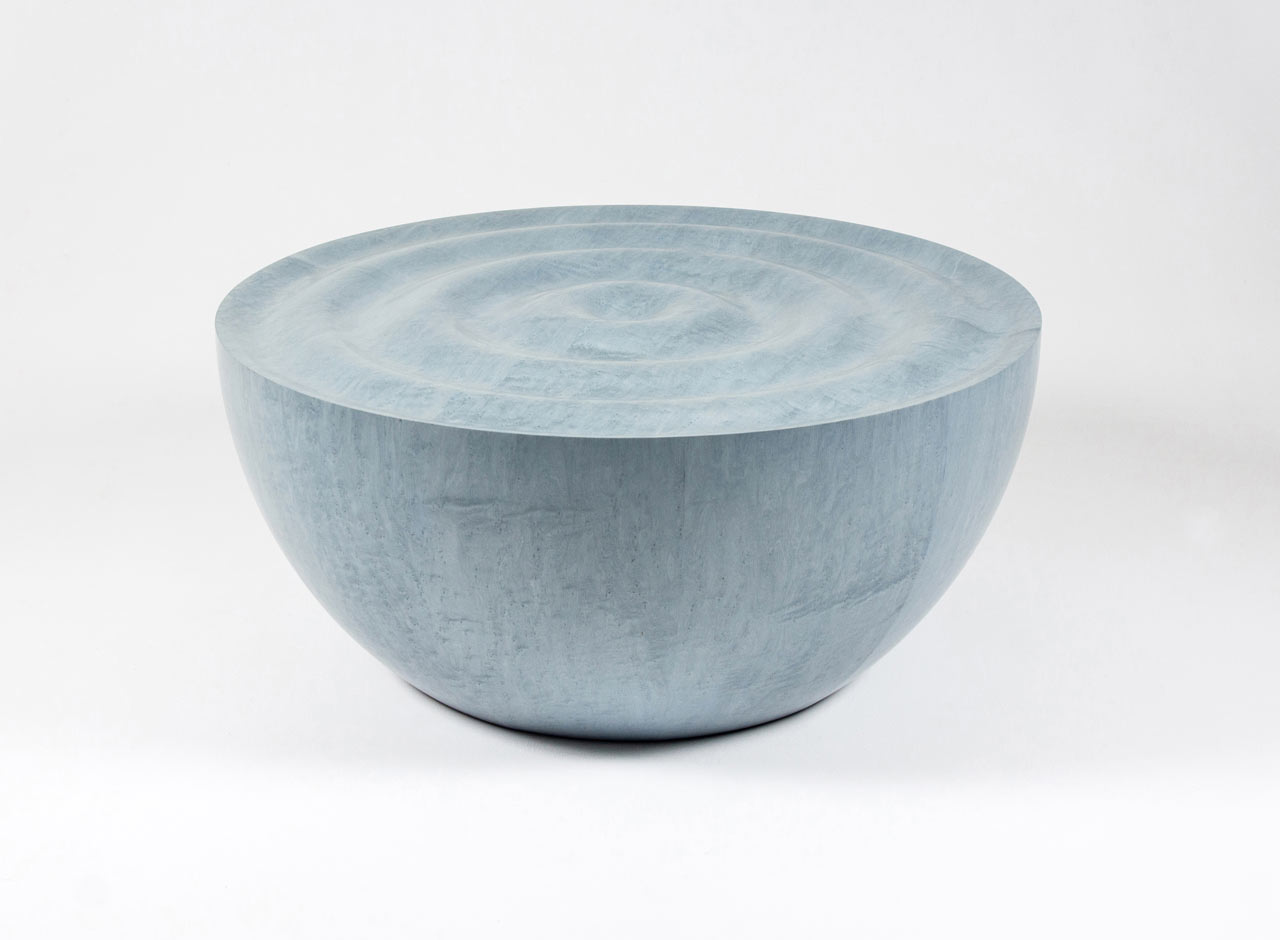 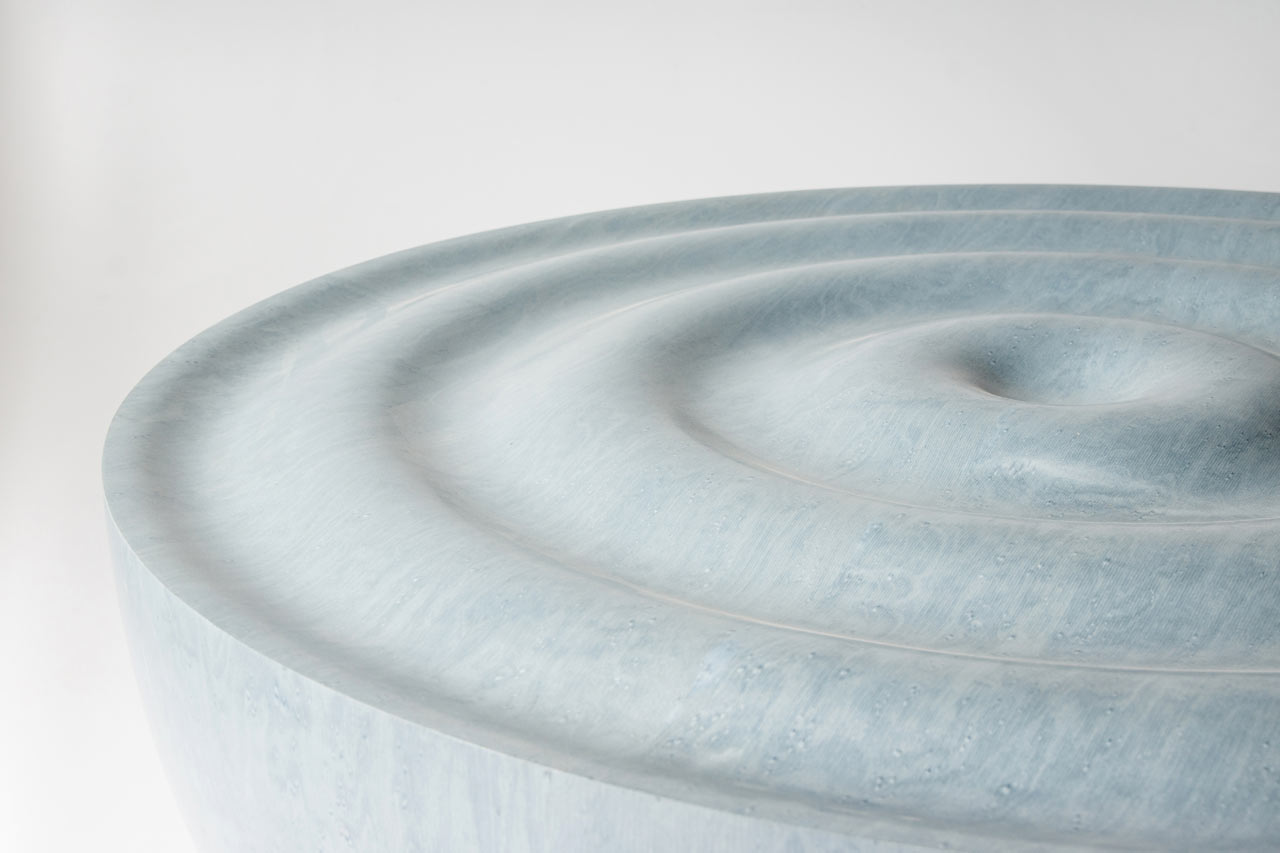 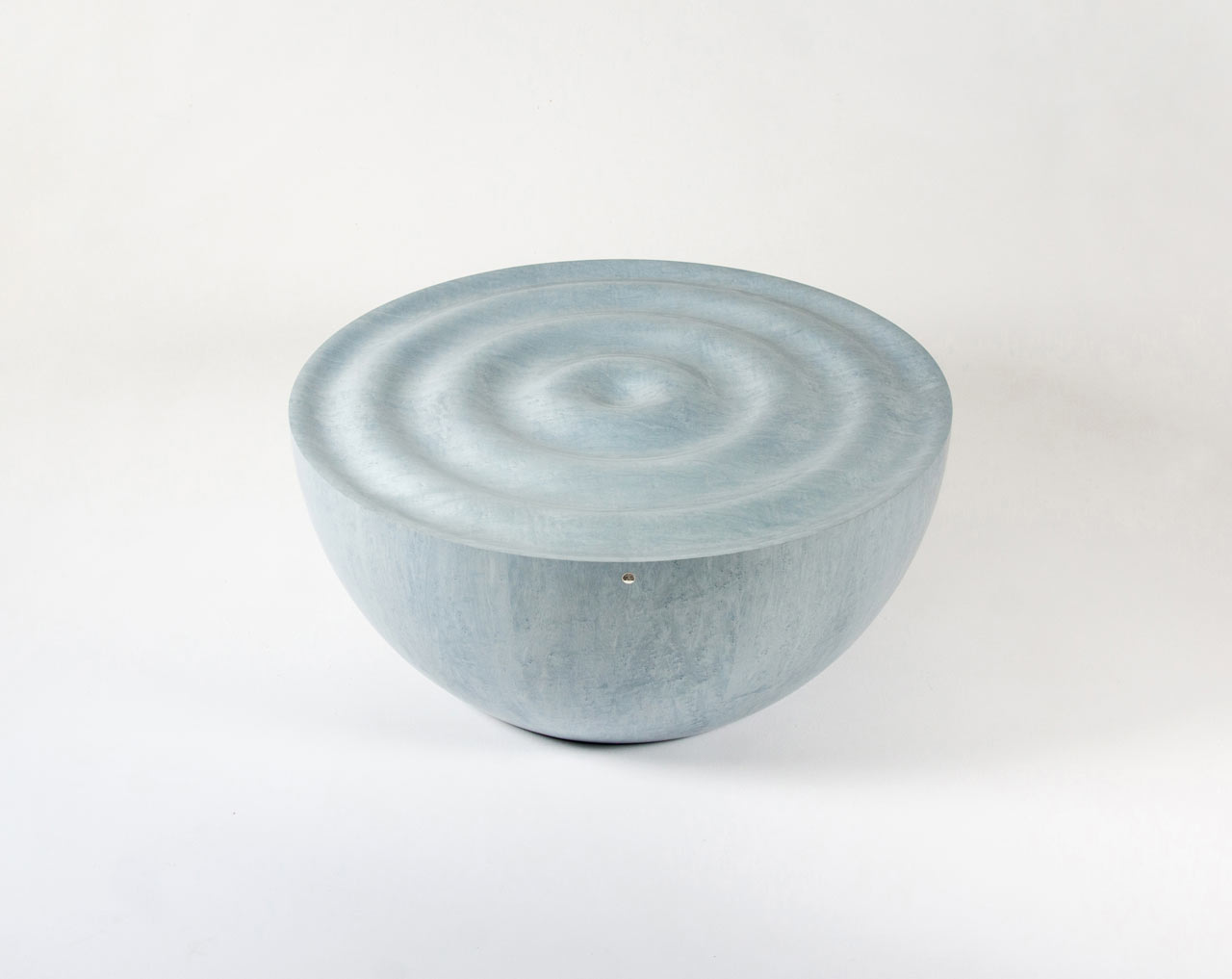 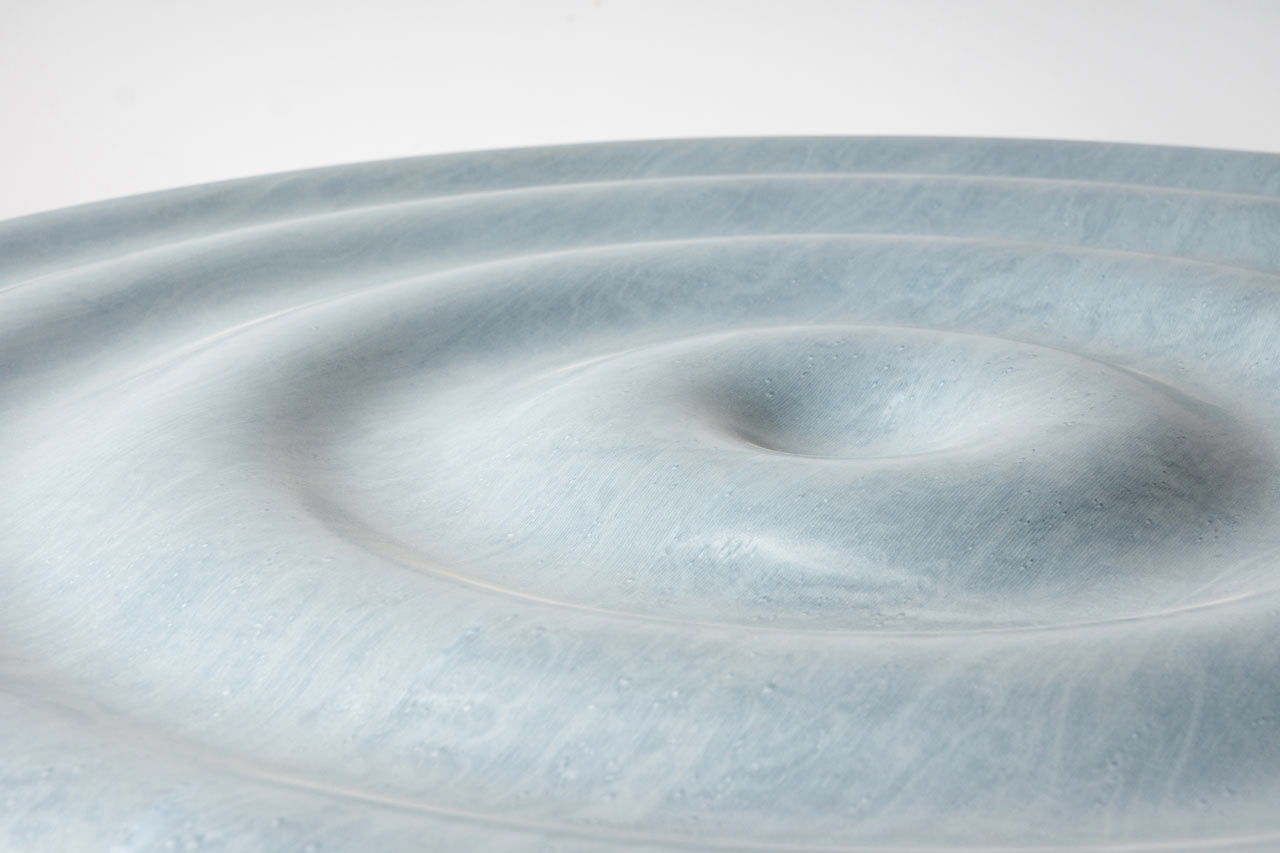 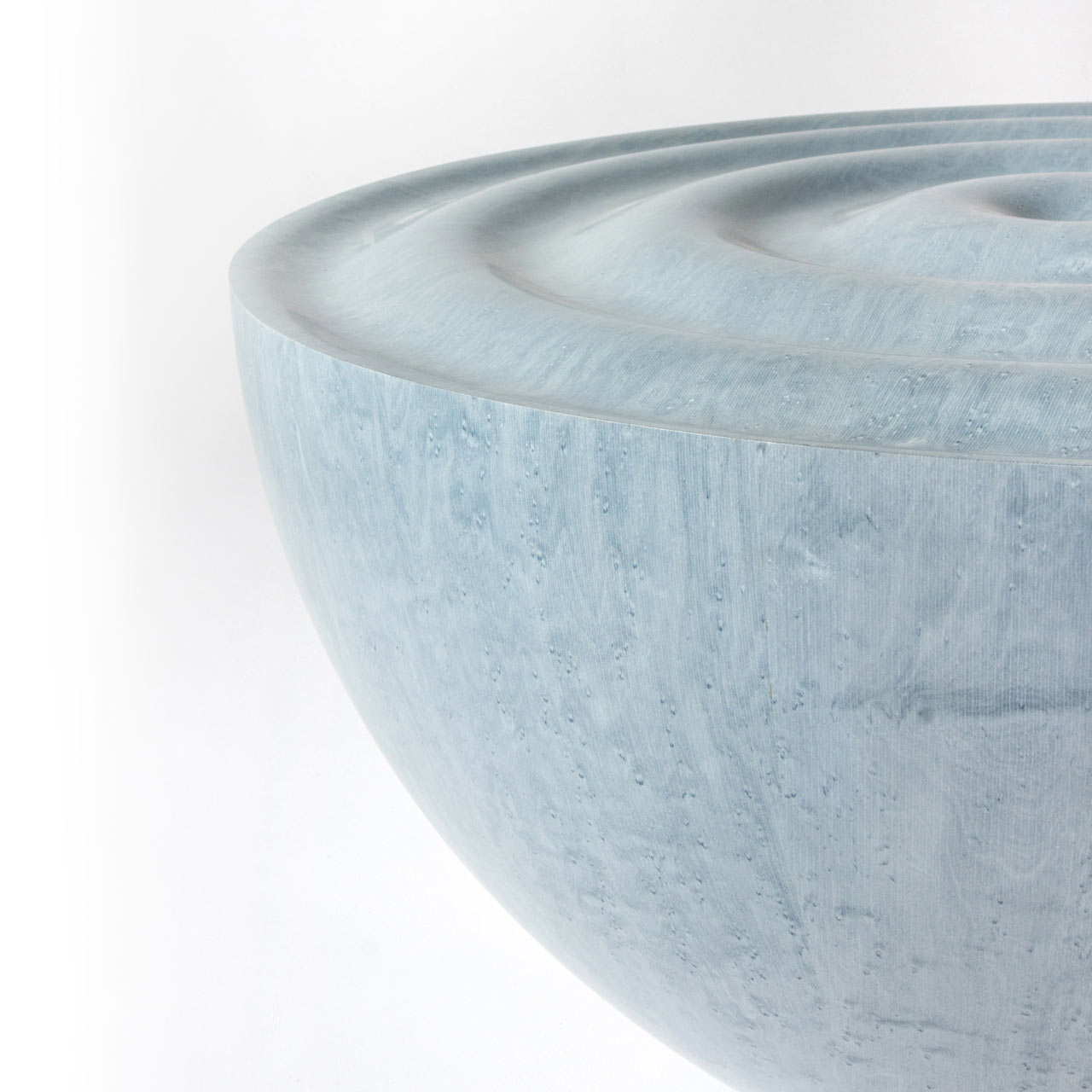 Part of Edward Johnson’s Ripples Collection, Splash is the latest release to feature an undulating surface that looks as if a stone was thrown into water. The domed round coffee table features a rippled top that mimics the rings of water that spread outward after the water’s surface has been disturbed. The piece is made of light blue bird’s-eye maple, which has a natural textured pattern adding another level of dimension to the surface. 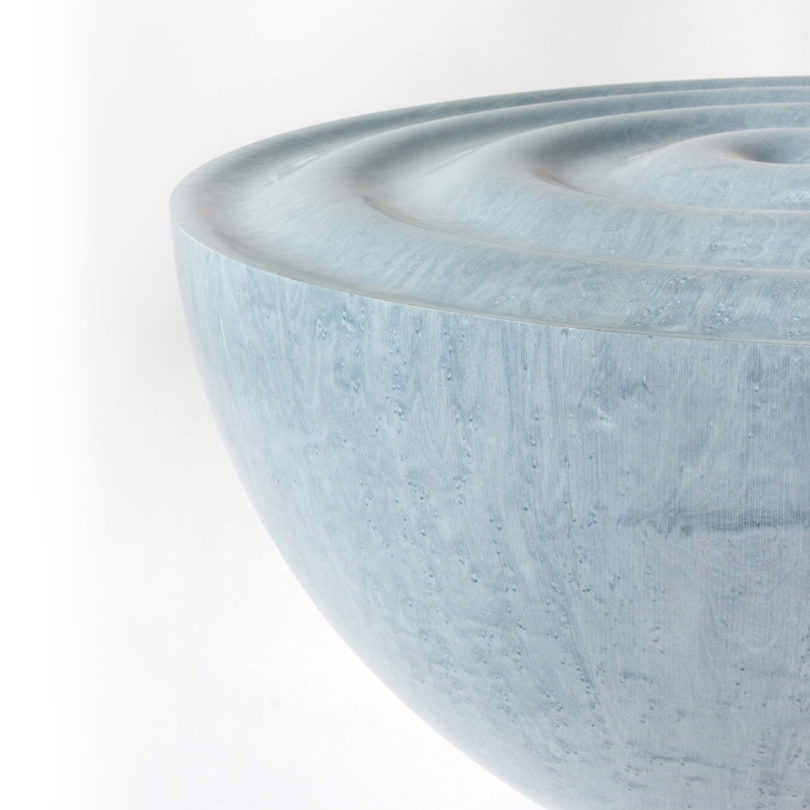 The soft, concentric rings appear fluid giving the illusion of movement and making it hard to believe the piece is made from wood. Splash is available with an optional glass top. 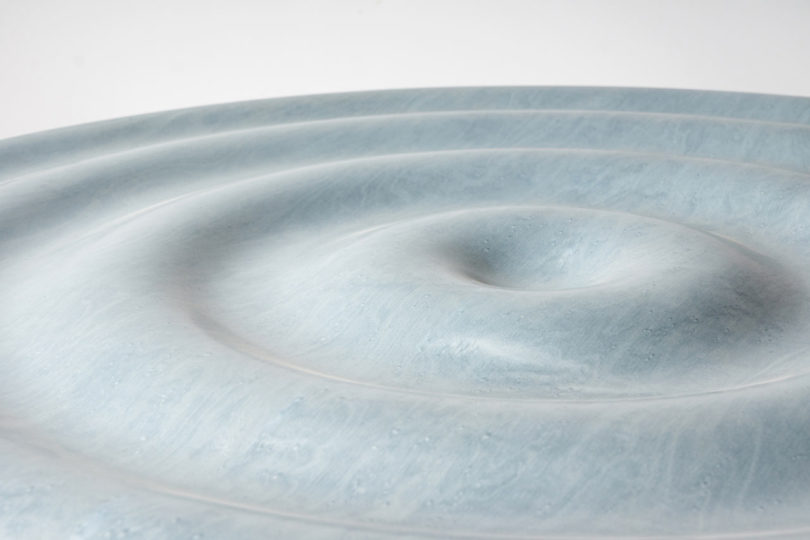 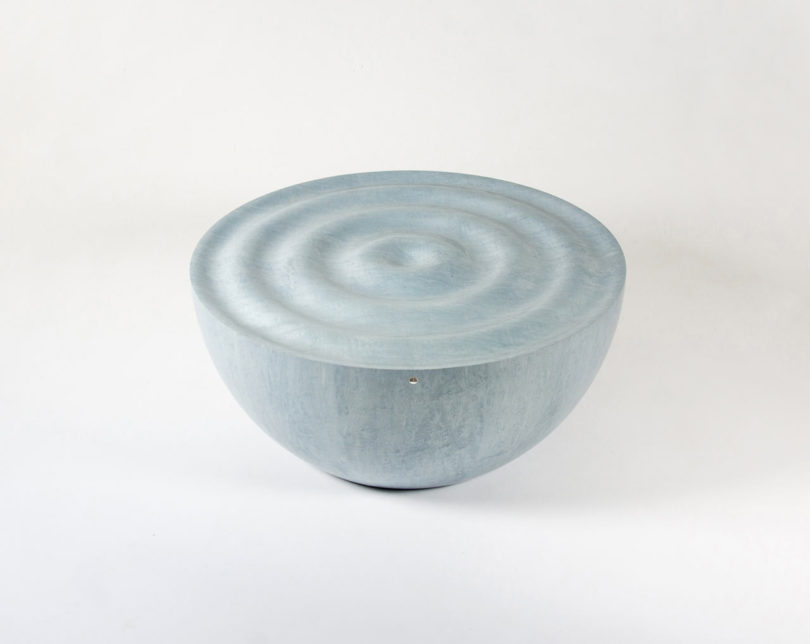 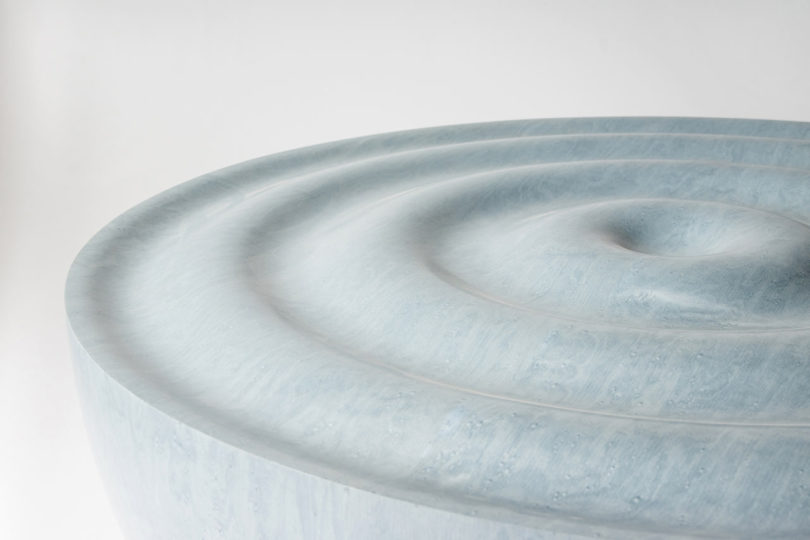 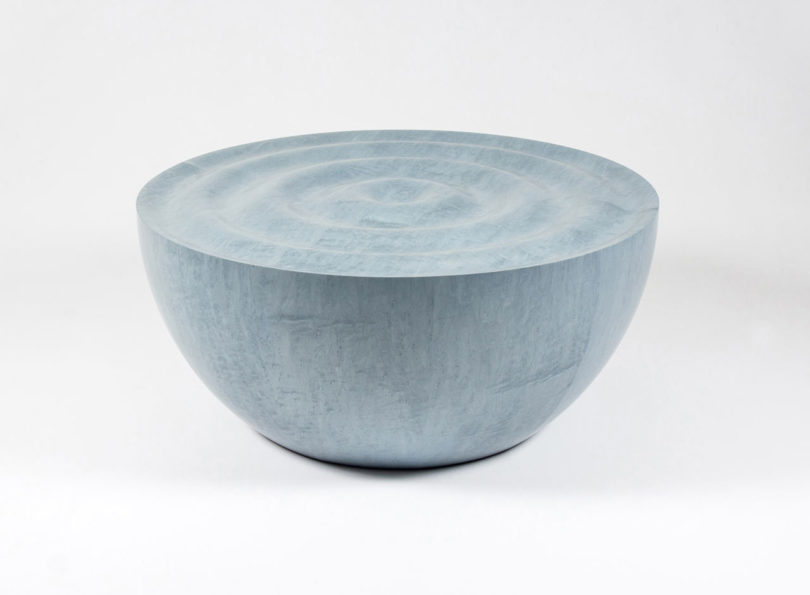