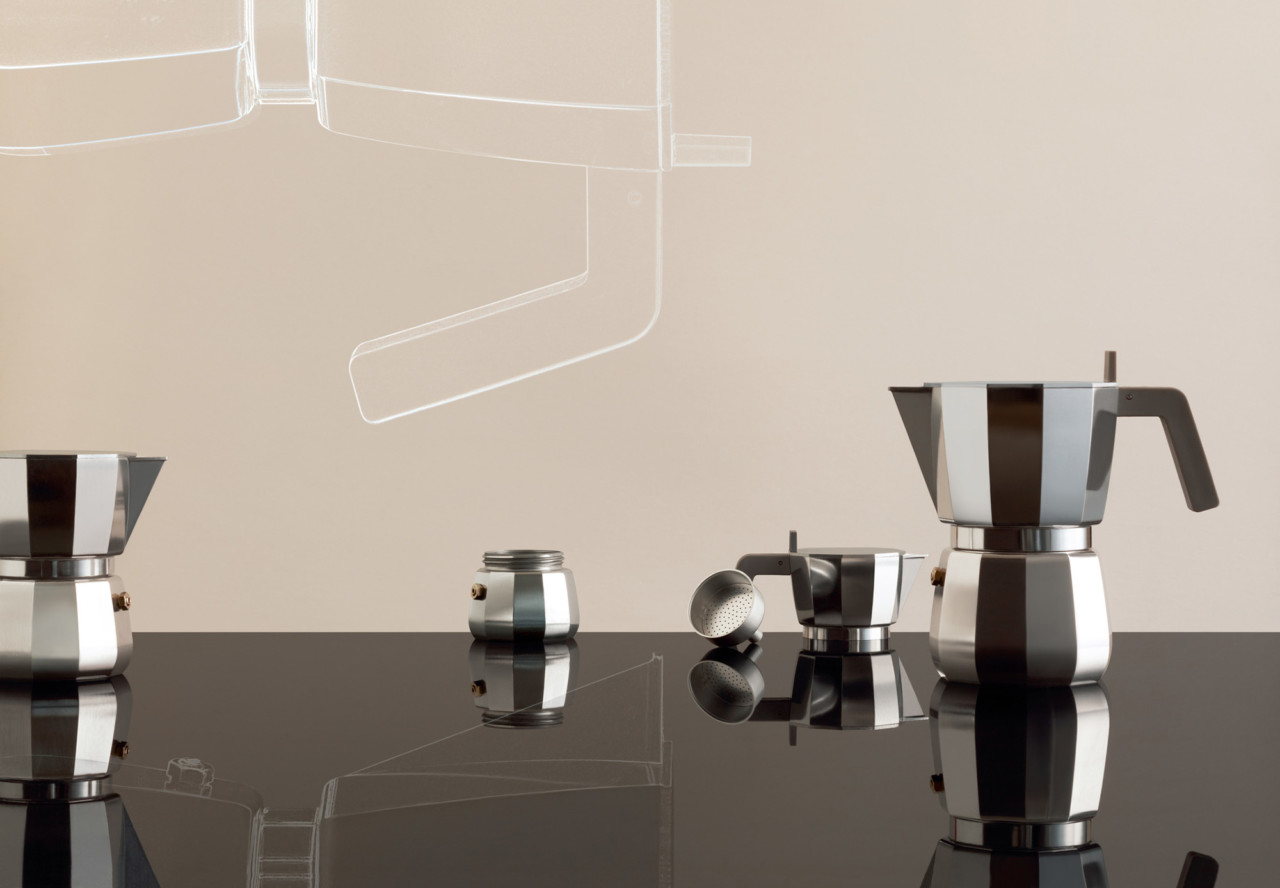 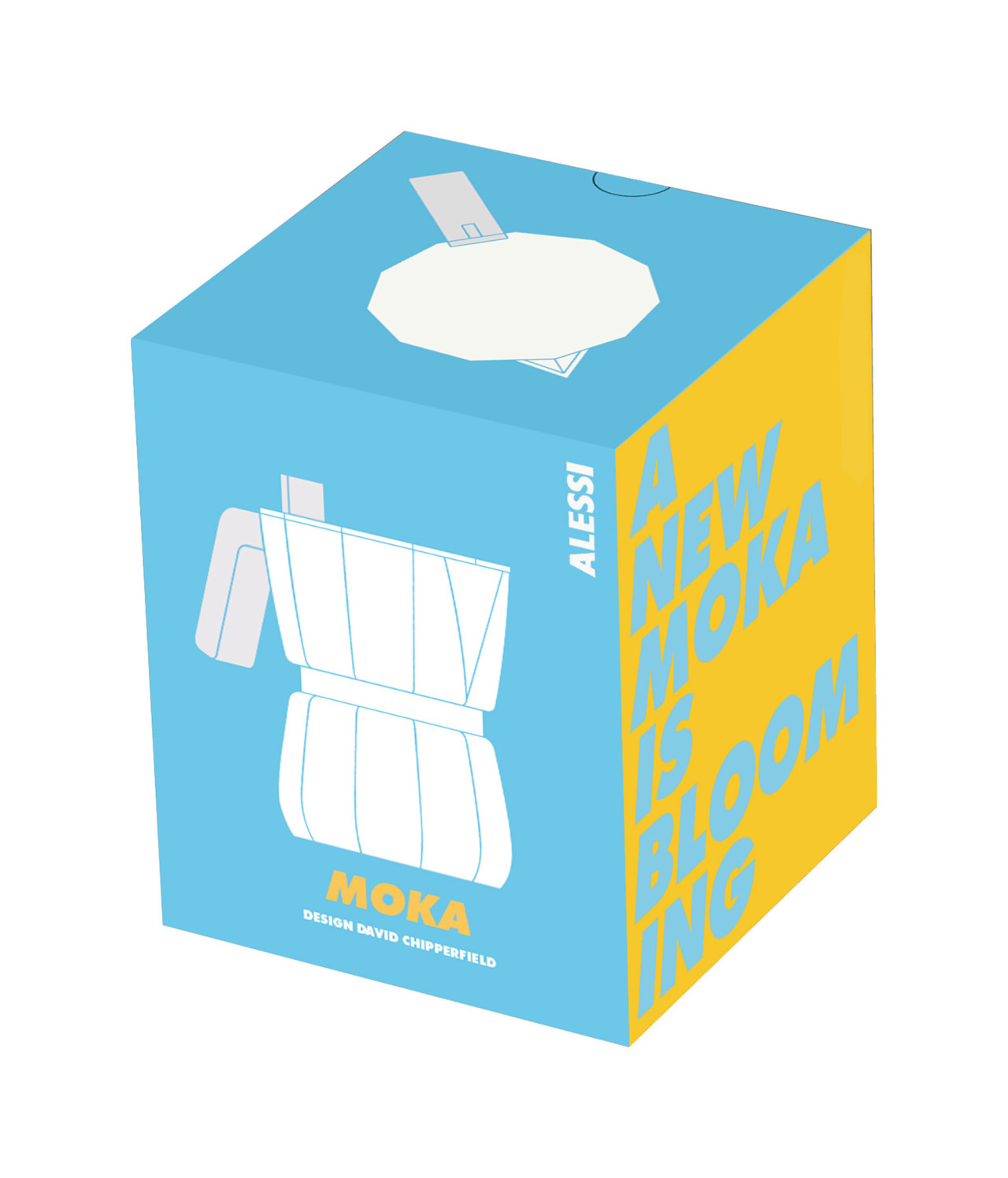 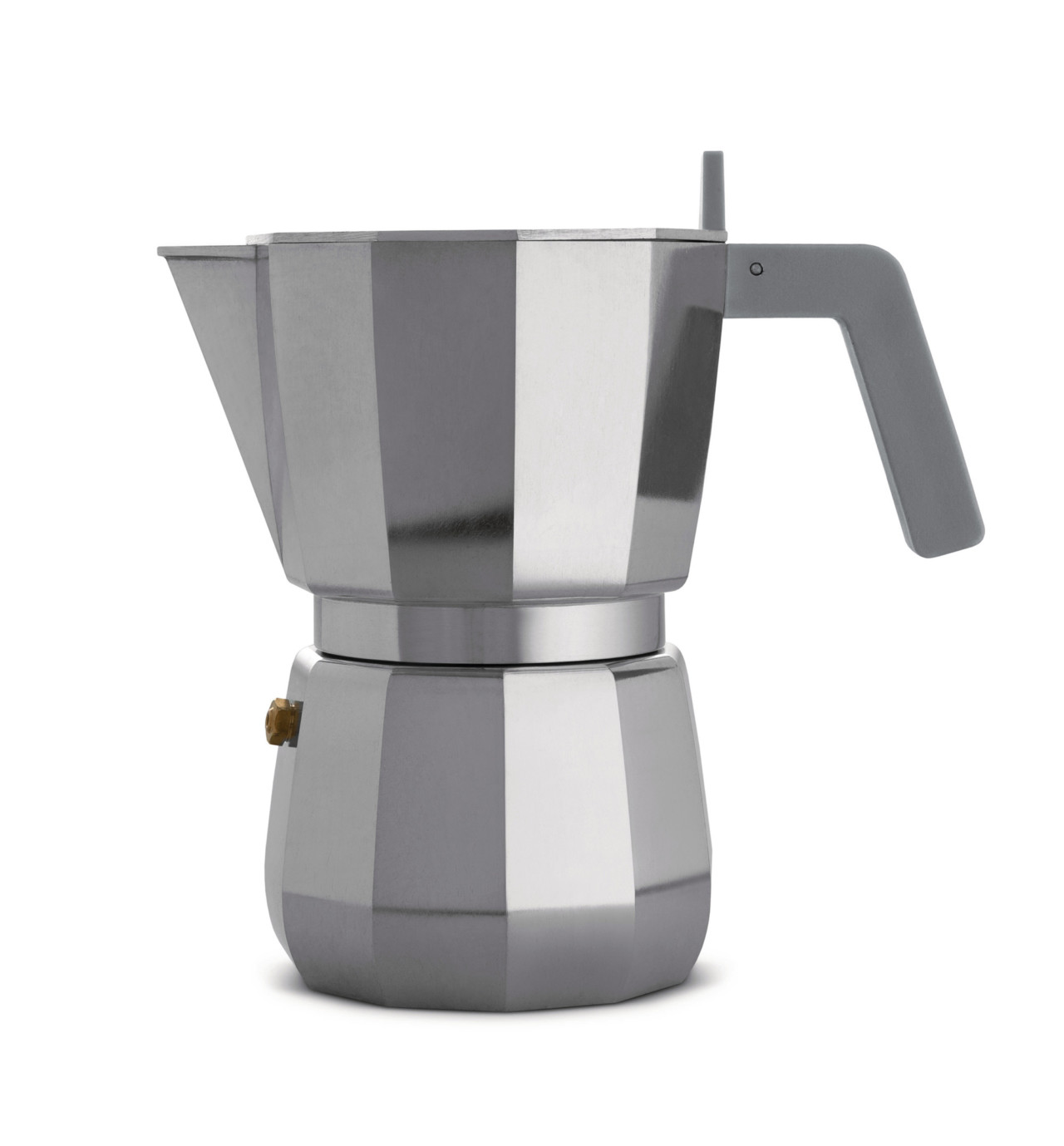 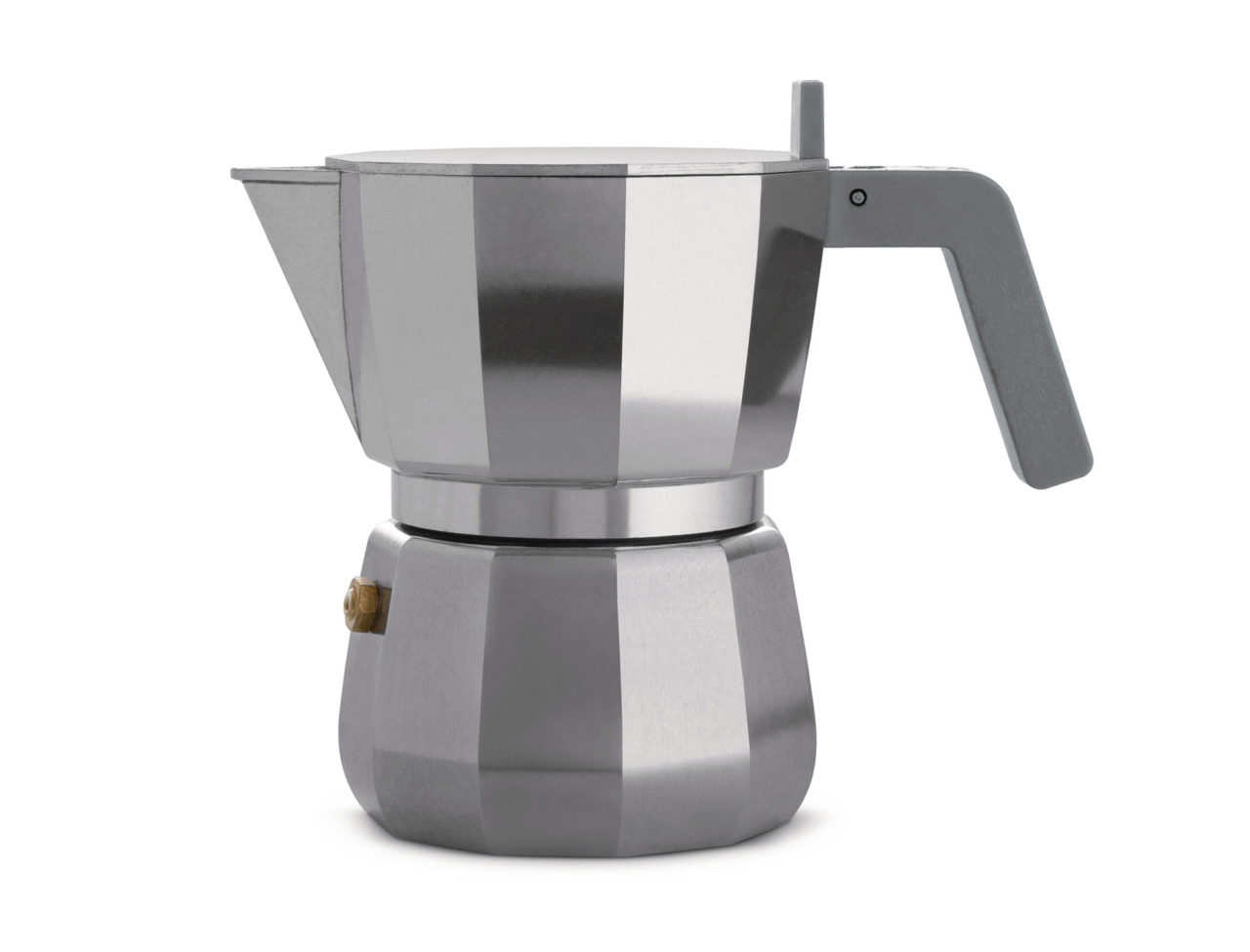 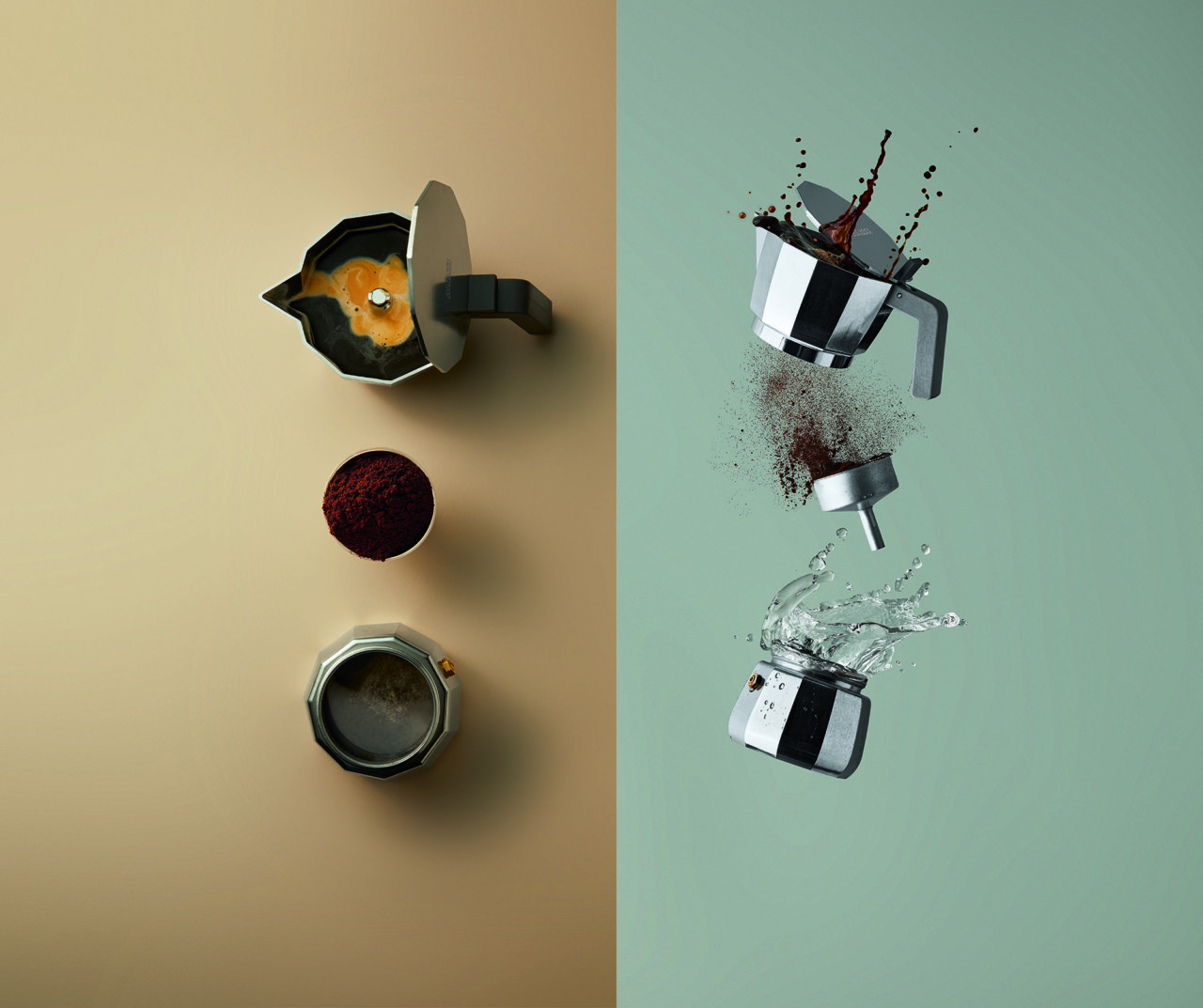 In the pantheon of the practical, the Moka Express designed in 1933 by Alfonso Bialetti stands as arguably the paramount symbol of functionality in service of ritual. The Moka Express – with its machined 8-sided aluminum elegance delivering audible and tactile pleasure with every turn of its screw-top design, punctuated by the pot’s joyful proclivity to gurgle when complete – stands in stark contrast to the pop-n-press sterility of pod-based machines popular today. But as much in life, convenience eventually eclipsed sophistication, and the luster of the Moka faded only just recently to a doubtful future. 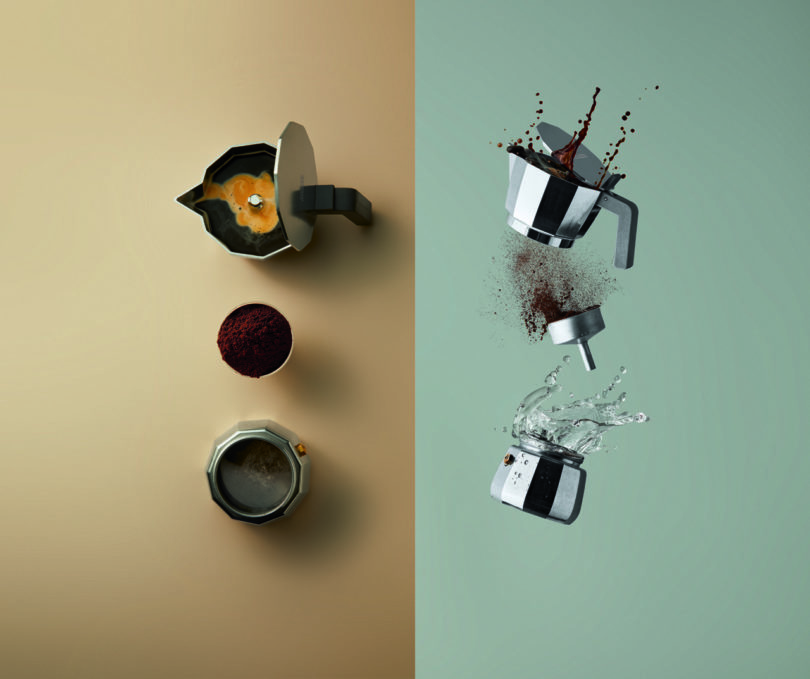 Charged by Alessi to revitalize a design synonymous with Italian mid-century modernity and epitomizing the inconspicuous simplicity coined as sprezzatura, British architect David Chipperfield has thankfully affirmed rather than abandoned the spirit of the original design with an astute and cautious refinement. By adding two additional panels, flattening its top, and softening the form to a curvaceous finish, the sum of Chipperfield’s redesign appears physically more substantial, while also affording the overall silhouette a more delicate faceted finish in all three of its varying 1, 3, and 6 cup sizes. Still, and thankfully, the Moka looks like a Moka. 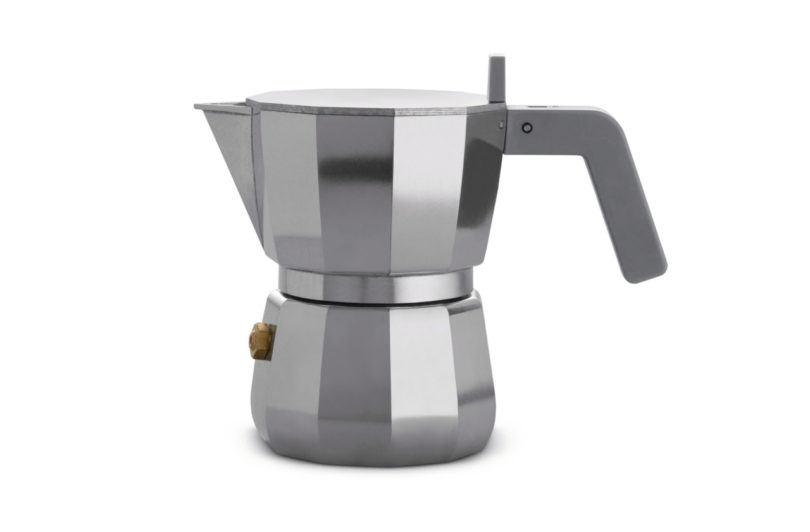 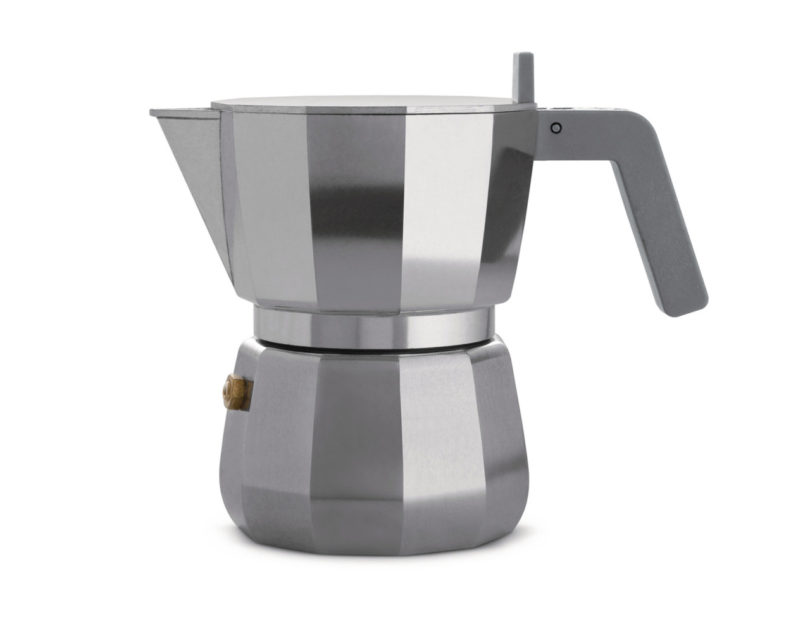 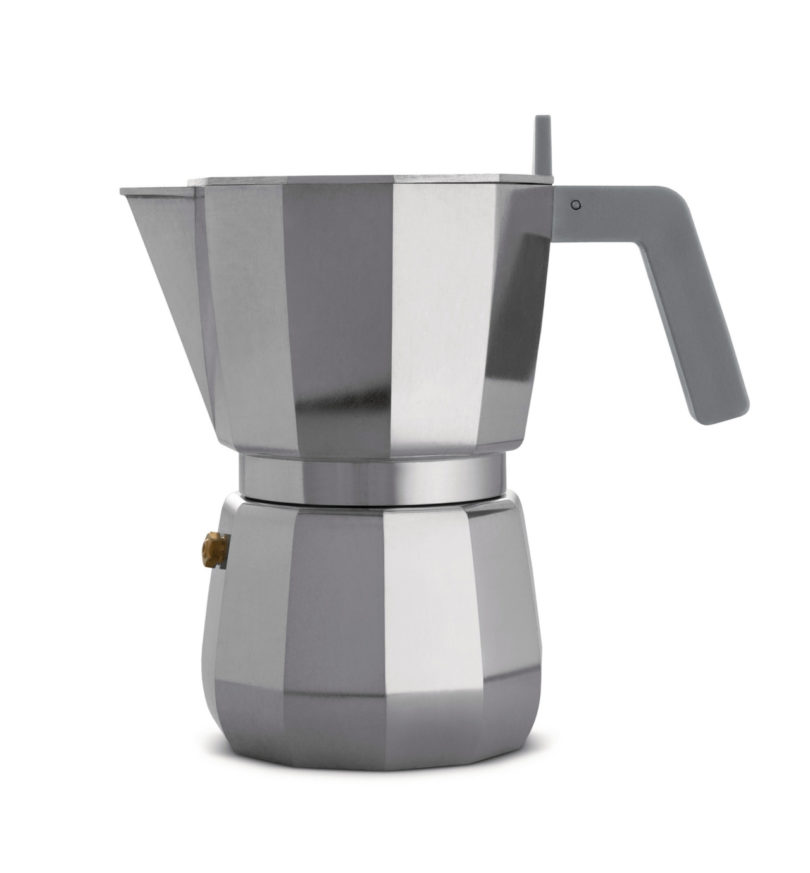 The new Alessi Moka can be safely used with gas, electric, and glass ceramic stovetops.

How amazing that this complex and well-performing object has become readable and comprehensible, a machine that needs no instruction and no invitation to be part of domestic life. How can one redesign it? Perhaps only by making it more of what it already is. 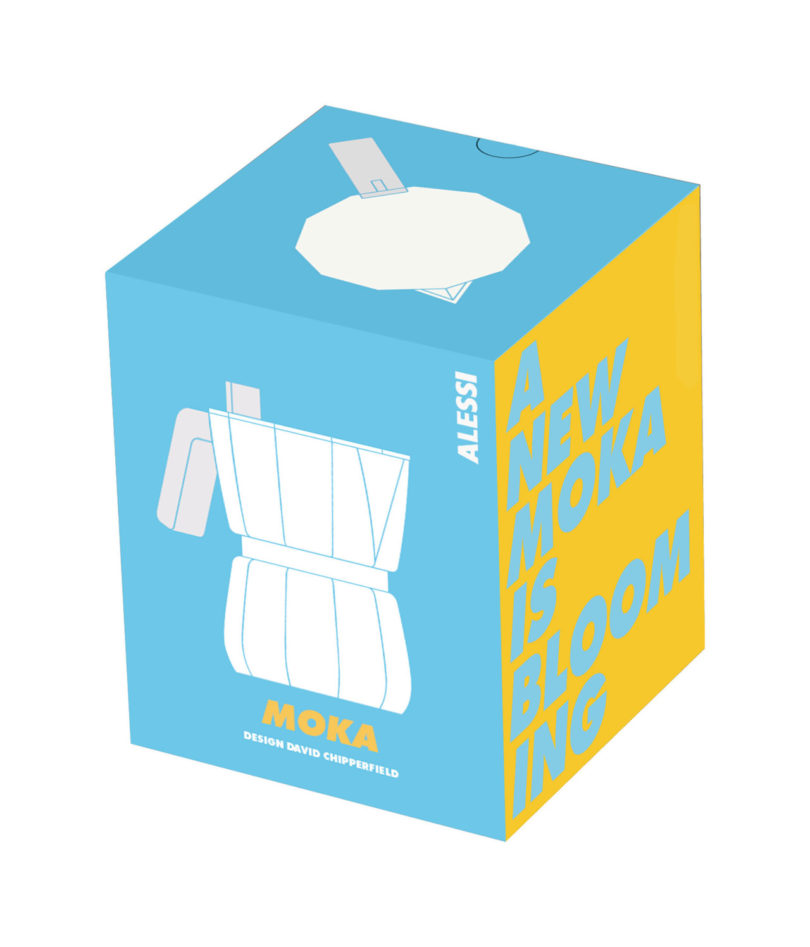 The Alessi Moka by David Chipperfield sees its official unveiling at the 2019 Salone del Mobile in Milan shortly, hopefully bringing with its arrival a renewed appreciation for designs intrinsically designed to engage the senses rather than compel an abandonment of them. 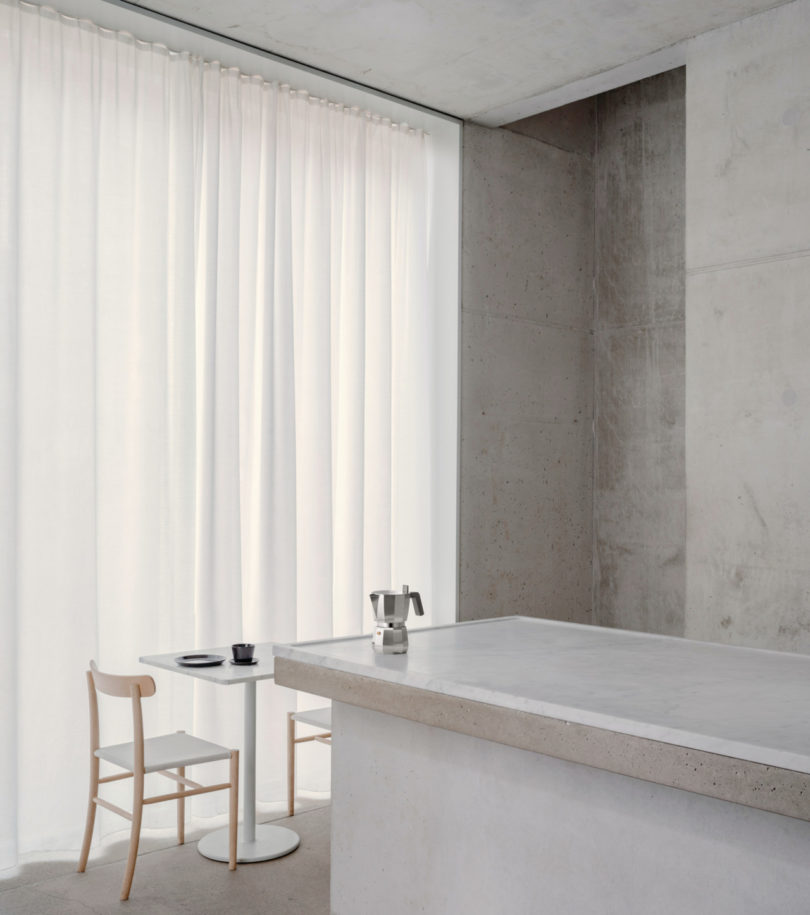