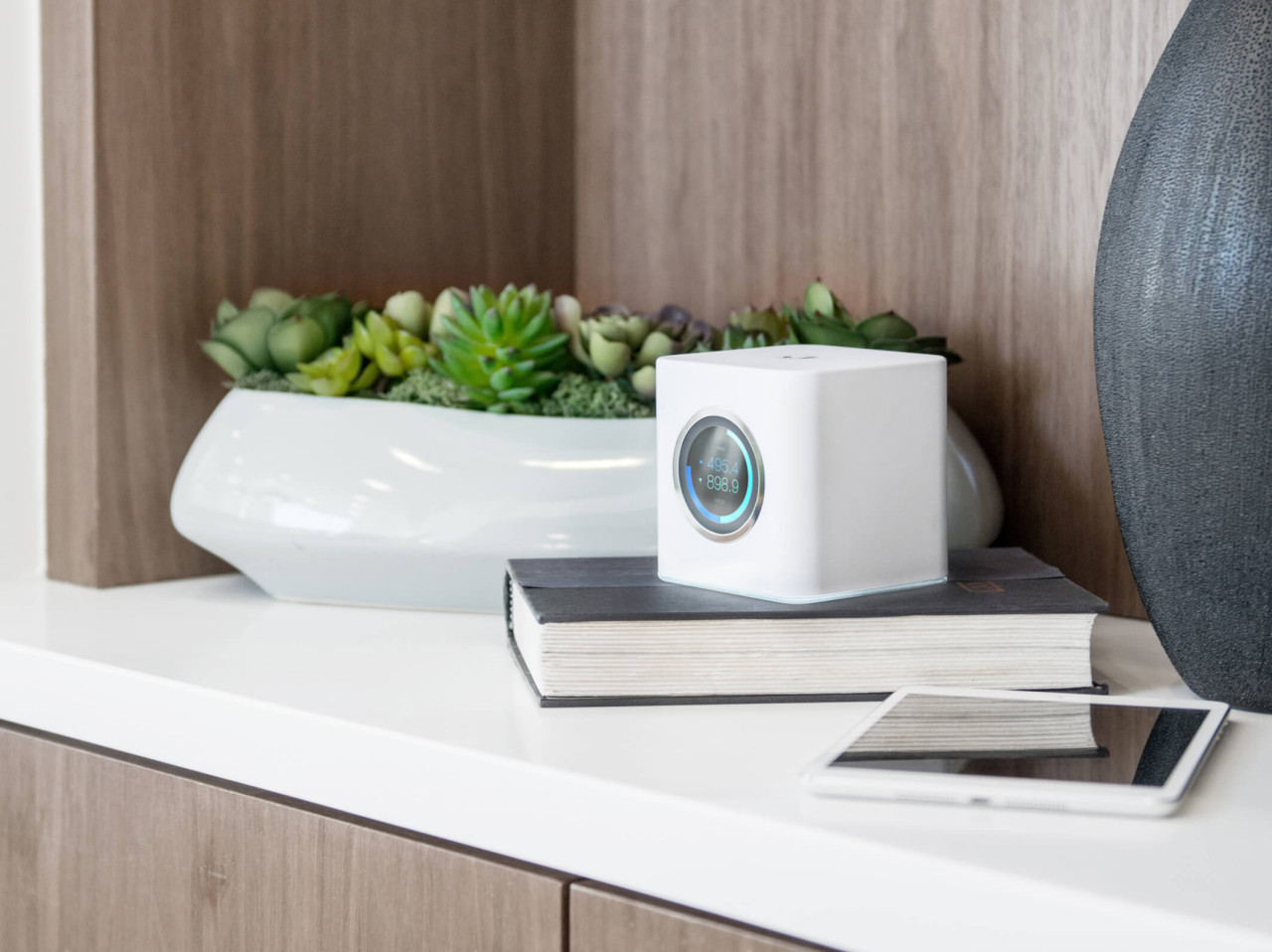 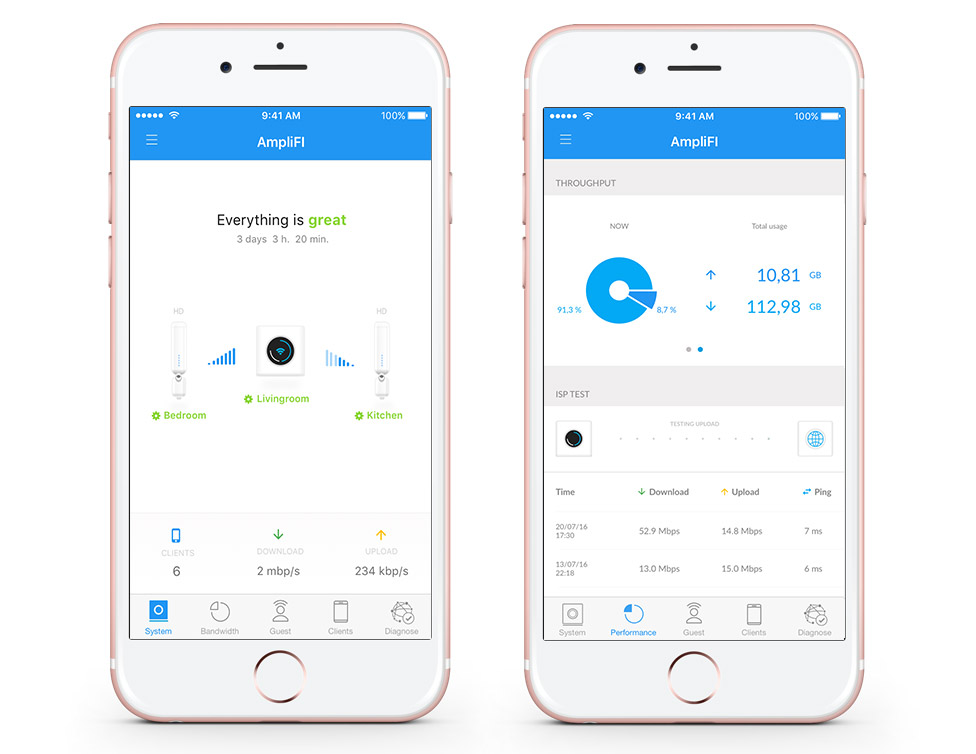 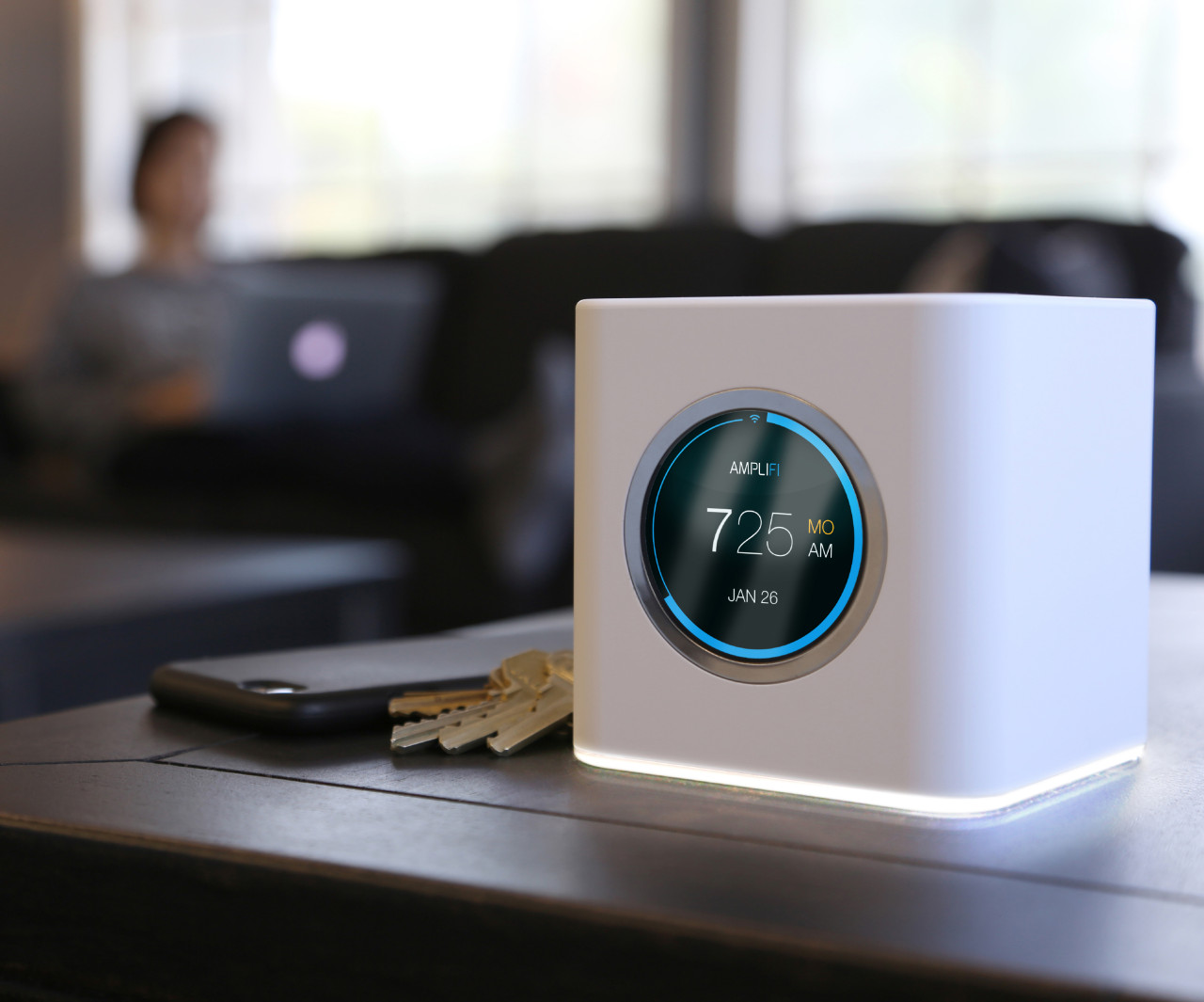 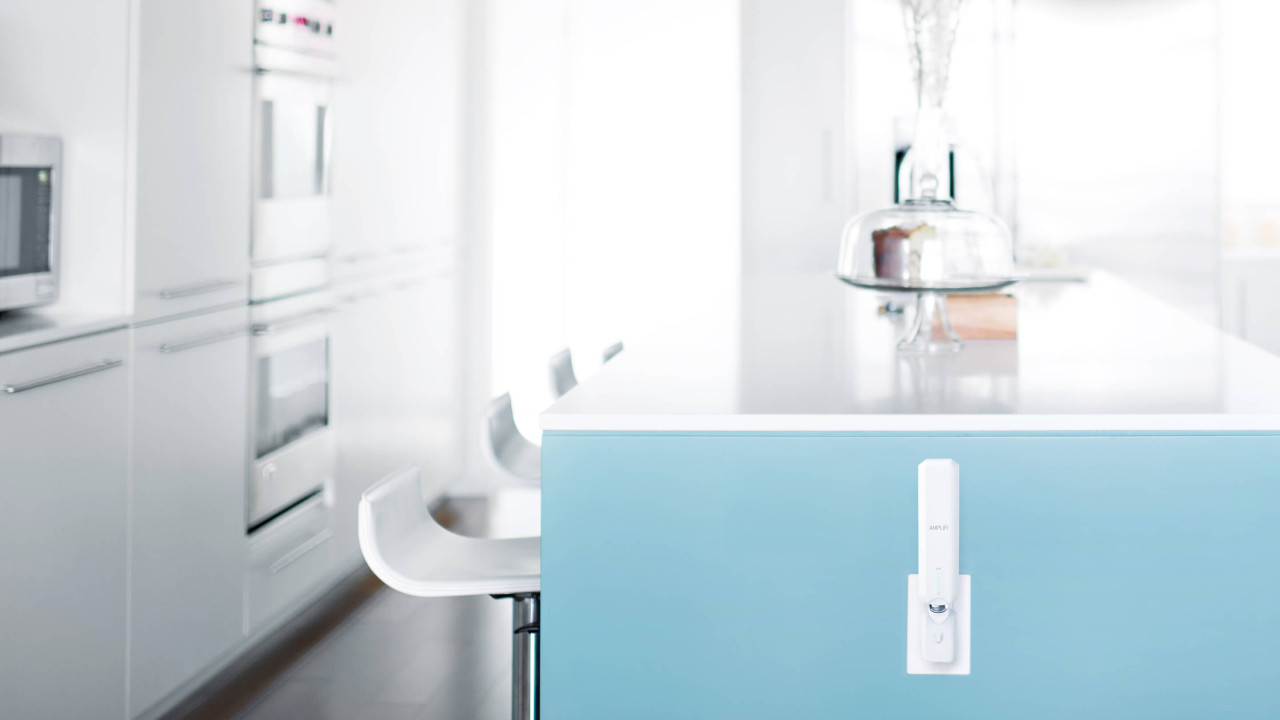 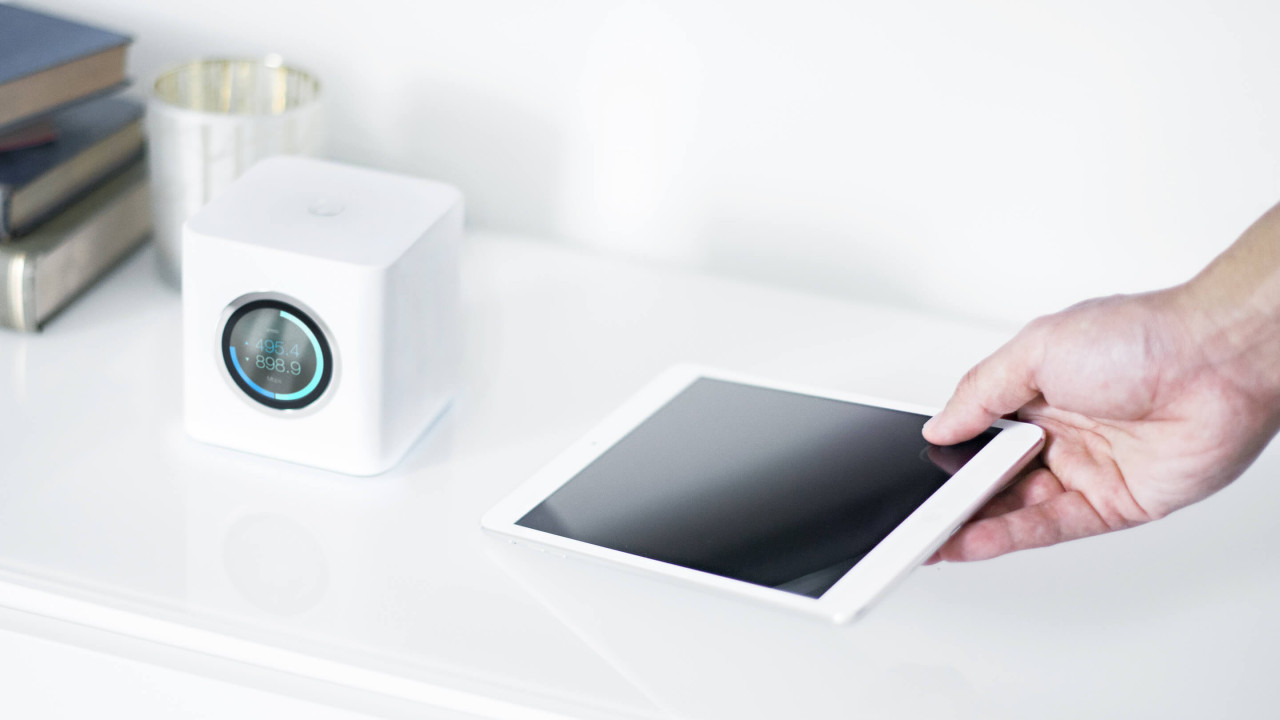 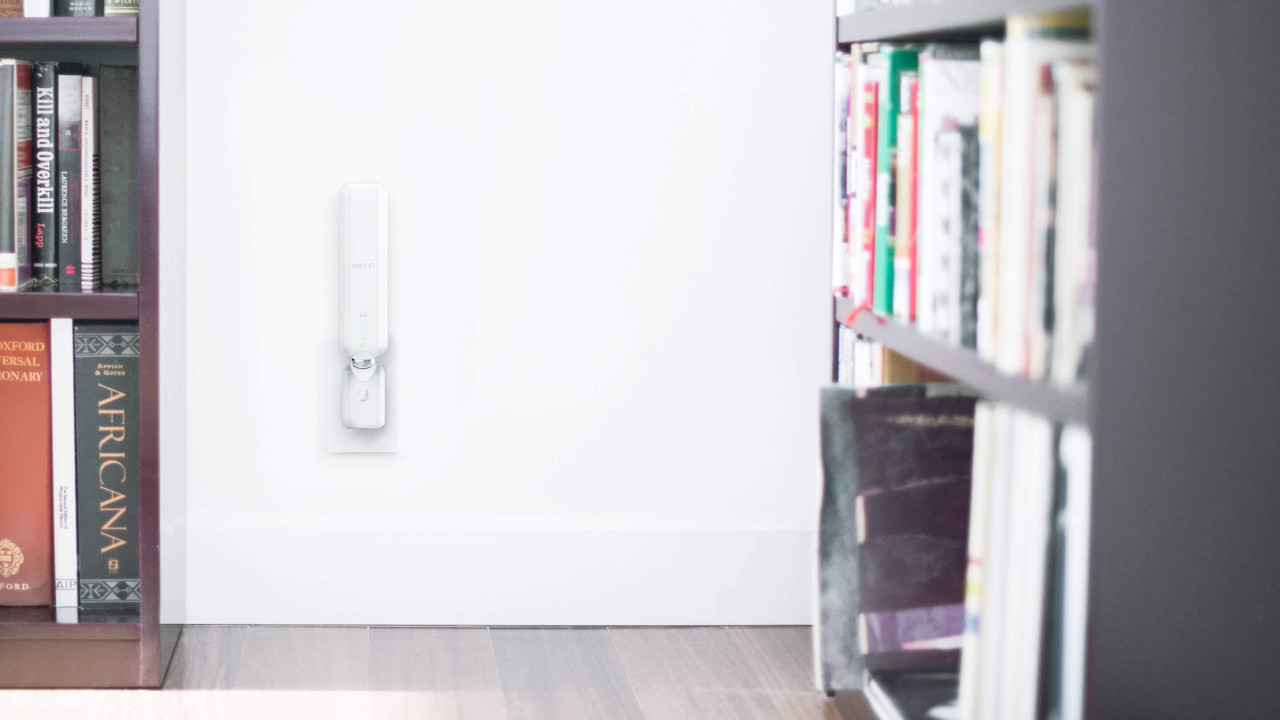 Ubiquiti Networks Amplifi HD Wi-Fi system is an internet solution for a wholly modern day problem: spotty residential wi-fi coverage. Unlike traditional internet routers, the Amplifi simplifies everything about wi-fi internet inside the home, all housed within industrial design representing a new generation of aesthetically-minded devices designed to be openly displayed while in use.

By now you’ve probably been hearing the term “mesh networking” touted as an evolutionary technological upgrade. Hyperbole side, it actually is. If you live in a large home or one with a challenging layout that smothers or fades wi-fi signals, mesh networking should definitely be on your radar. Simply put, a mesh network uses multiple antenna units to transmit stronger and more consistent wi-fi signals across greater distances without bandwidth degradation, each node communicating with one another for seamless coverage. Signals shift and adapt as needs require.

Even in small apartments or homes, users can suffer in wi-fi dead zones where signals result in slow or dropped coverage; the issue magnifies when square footage of a residence extends into the thousands of feet while relying upon a single wireless access point. 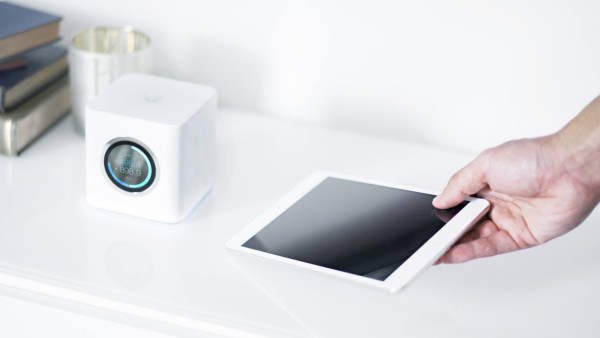 Setting up is as easy as setting up a new iPhone, with an app-aided process that gets the system up and running faster than any wi-fi system we’ve tried, mesh or no mesh.

The Ubiquiti Networks Amplifi HD solves this issue using an extremely easy to set up system, one comprised of a router base partnered with two plug-in antenna units to cast a wider overlapping net of coverage. The heart of the system is a small cube-shaped base station with a friendly, if not cute, full color touchscreen interface display; the design is similar to our own existing Apple AirPort Extreme base station – but cut in half – one thankfully devoid of large protruding antennas that sometimes grace the likes of traditional IT guy recommended routers. 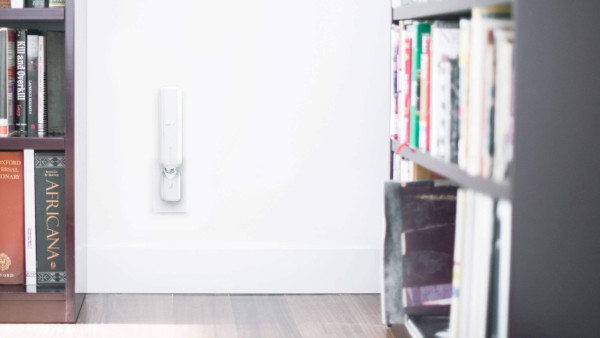 The antenna units are a bit large and can seem visually obtrusive in certain settings, but the trade-off for wi-fi coverage and speed makes it seem a fair deal.

It’s easy to imagine placing this device on a desk, shelf, or other surface because of its unobtrusive design, solving a problem that often mars wi-fi signals: poor placement. Placed out in the open almost any router will emit a stronger and more reliable signal. As the name implies, it operates under this notion alongside amplifying the base with two plug-in antenna units (not nearly as decor-friendly as the base, but still perfectly acceptable in our eyes). 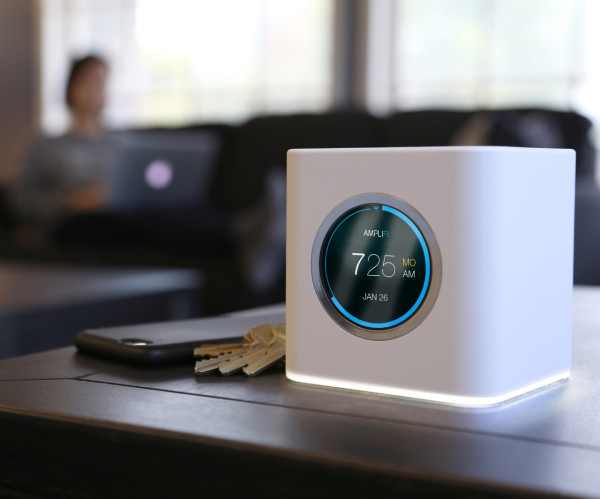 A small but welcome touch to a device intended for open display and use: the ability to schedule turning on/off the unit’s ambient LED lighting (illumination reporting an internet connection) for sleeping hours.

But appearances aren’t just aesthetic; the Amplifi base displays current time and network speed analytics for users to review at a glance, while a compatible app reports further data related to network use, speed, and signal strength in graphical language anyone can understand. In combination the AmpliFi HD system can support up to 10 antennas with advertised top speed of 5.25Gbps and coverage expanding into the tens of thousands of square footage even just relying upon two mesh antennas. Depending upon service provider, layout, and equipment, YMMV.

In our time demoing a review unit we saw not only every wi-fi dead zone in our two-story house disappear, but dropped connections were impressively erased from our challenging layout, while signal coverage expanded so far beyond expectations, we were able to work far into the backyard at near max speeds. Our previously sluggish downstairs home office was downloading at 100Mbps, uploading at 11.9Mbps, with a ping of 16ms – double improvement across the board when compared to our Apple router. 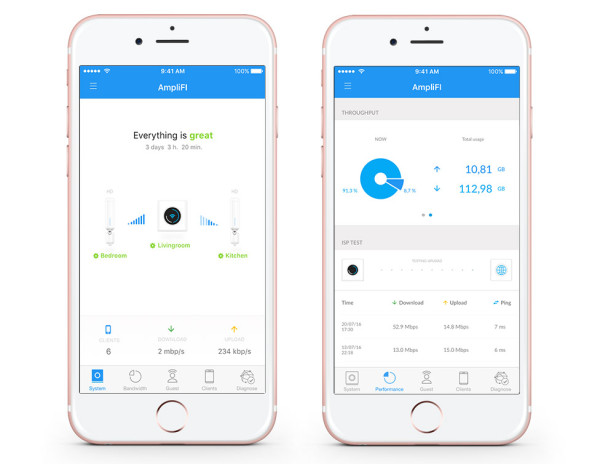 From the compatible app, Amplifi users can grant guest access for predetermined time. 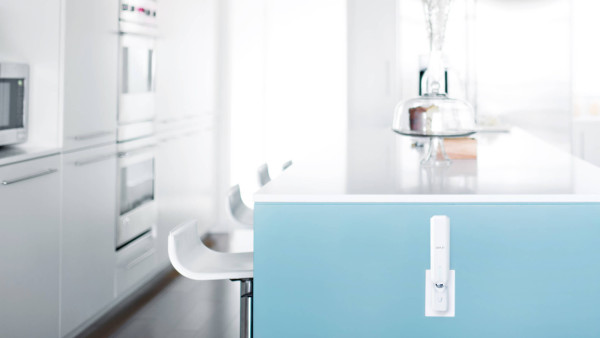 The antenna units are a little large and can be visually obtrusive when placed in certain areas, but the boost in coverage and speed feels like a fair trade-off in day-to-day use.

In sum, Amplifi engineers and designers have created a wi-fi router system that feels instantly recognizable and understandable by anyone already used to activity tracker apps or other app-based interfaces. The Ubiquiti Networks Amplifi HD isn’t the first, nor will it be the last a next generation of connected home devices, but it represents one of the best current consumer-friendly experiences in a category not traditionally known for being easy nor understandable, especially for larger residences with wi-fi signal challenging floor plans.

** Since publishing this post, we received notification that Ubiquiti Labs has added a new model aimed at consumers living in smaller homes and apartments. The AmpliFi-R is a $149.99 standalone router specced with 802.11AC standards, 3×3 MIMO technology, and a 5-port Gigabit Ethernet. It can also be expanded into a mesh network as needed.