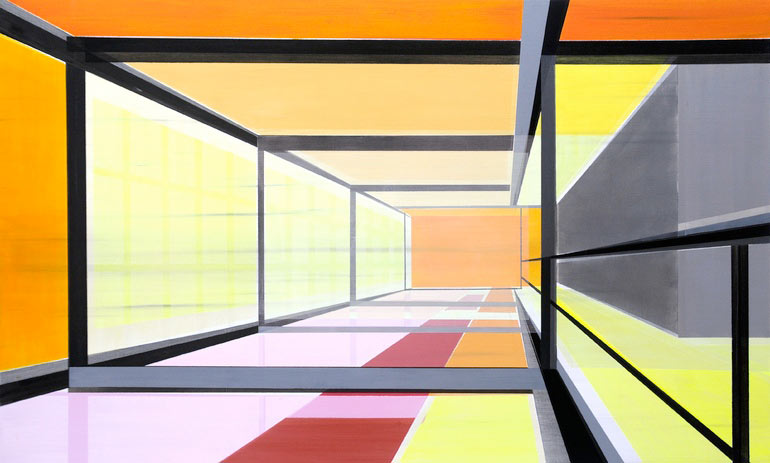 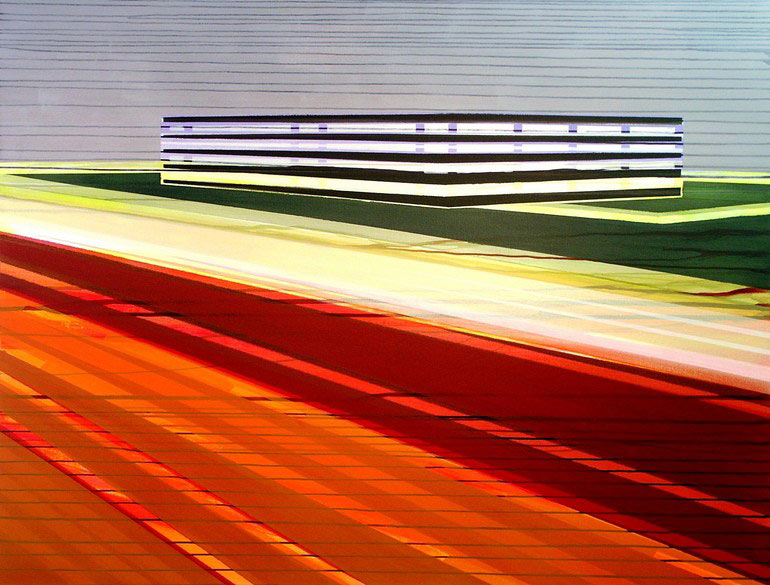 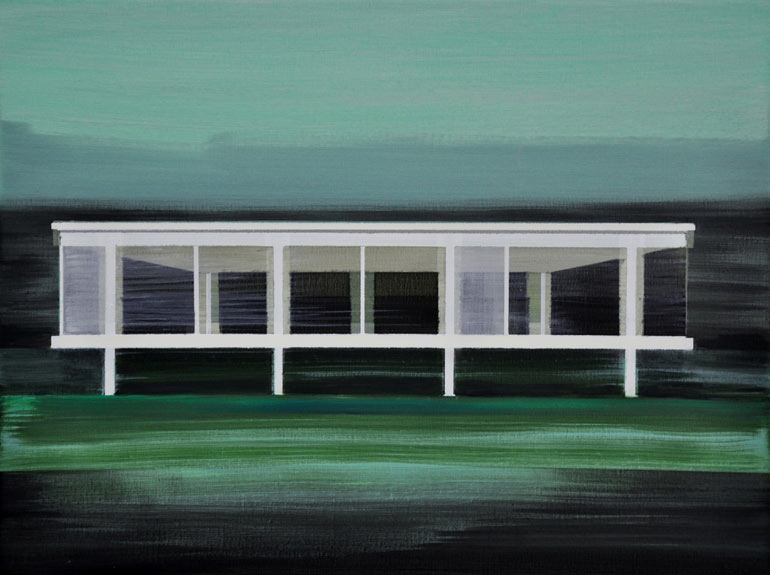 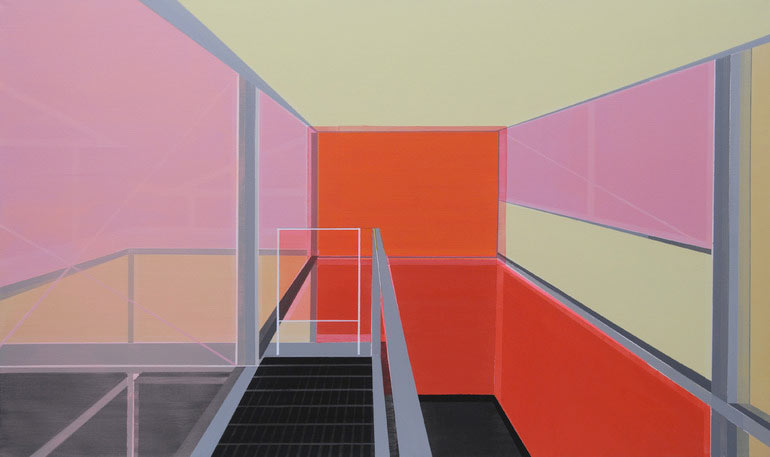 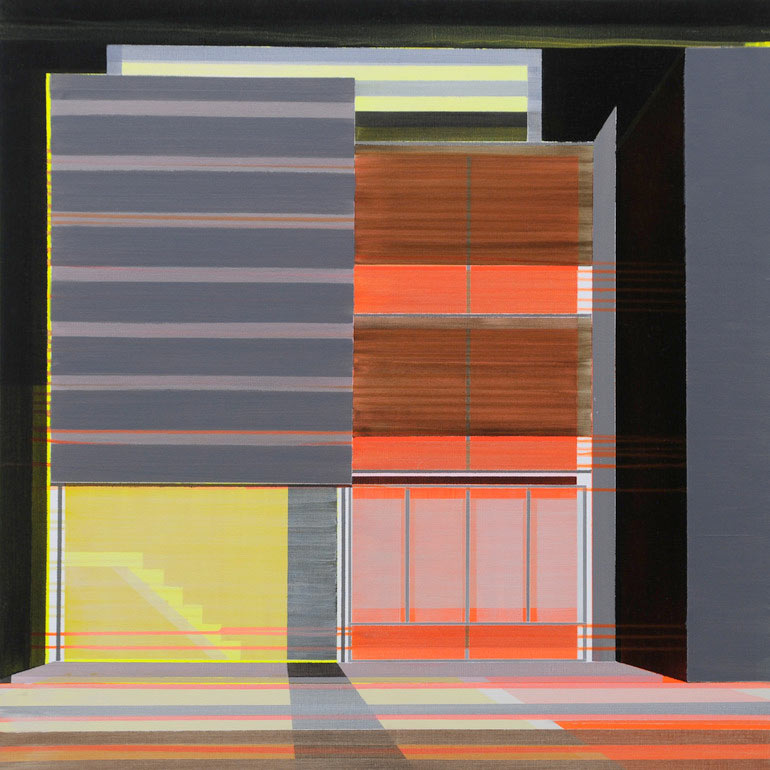 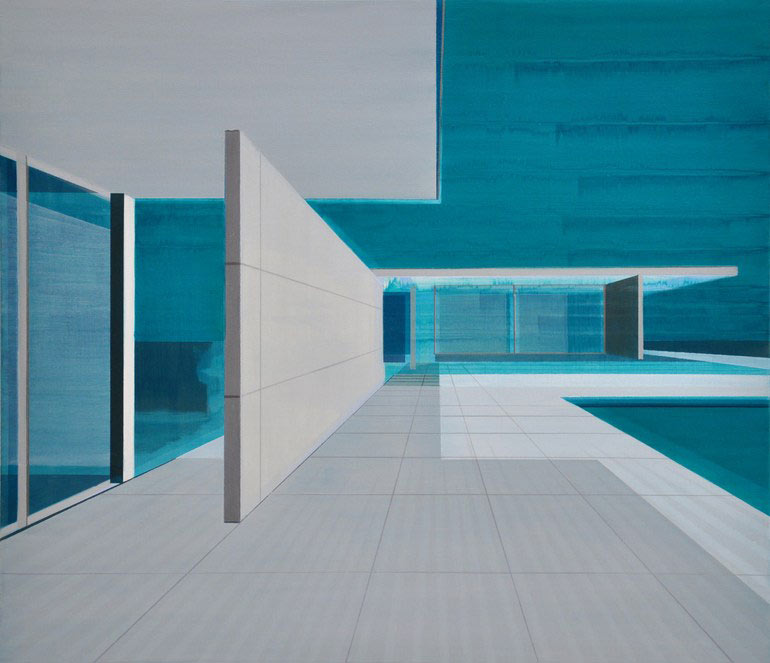 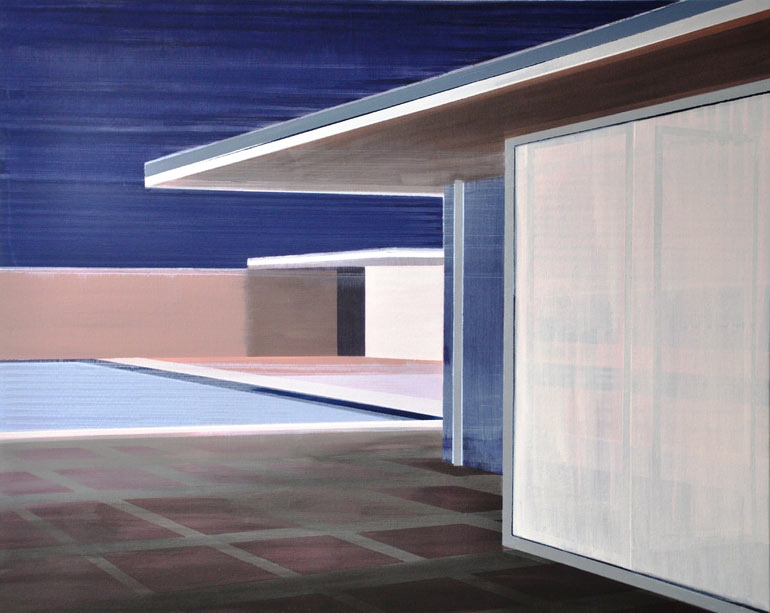 I discovered the architectural paintings of Netherlands-based artist Cécile van Hanja on Saatchi Online and was instantly drawn to the way she recreates each facade, focusing on color and abstraction. Her paintings evoke a sense of calm, a feeling of being alone and at peace. I like how she avoids detail and instead concentrates on the relationship between shape and space. 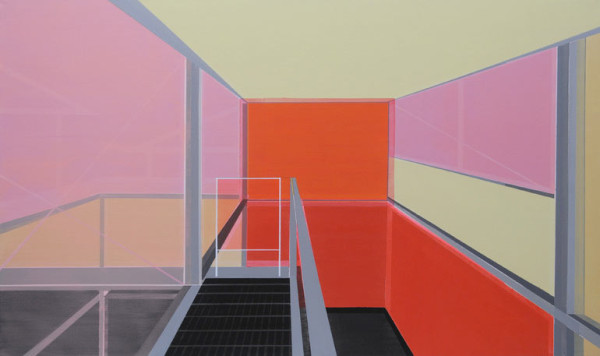 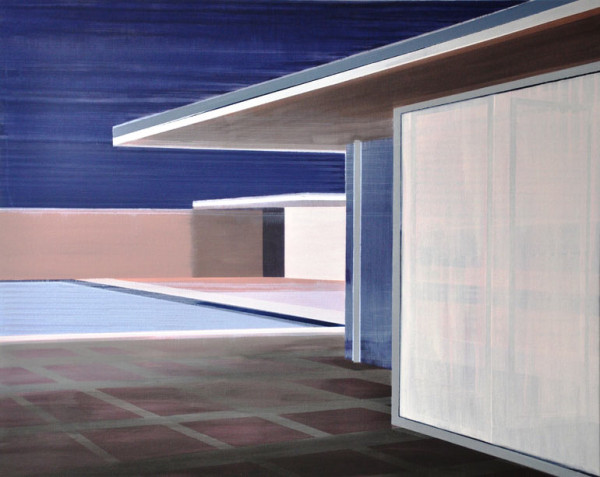 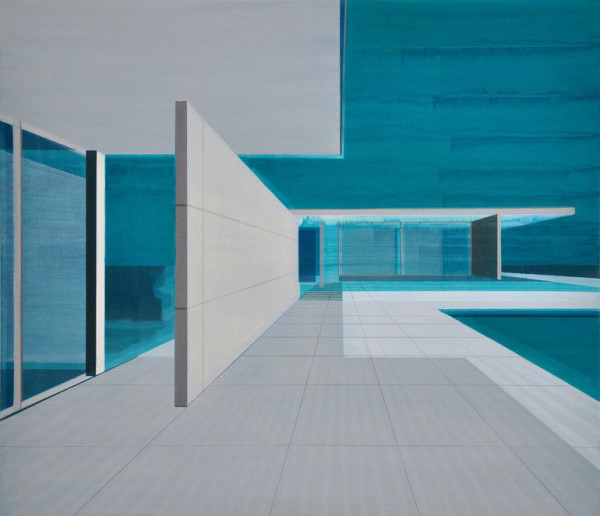 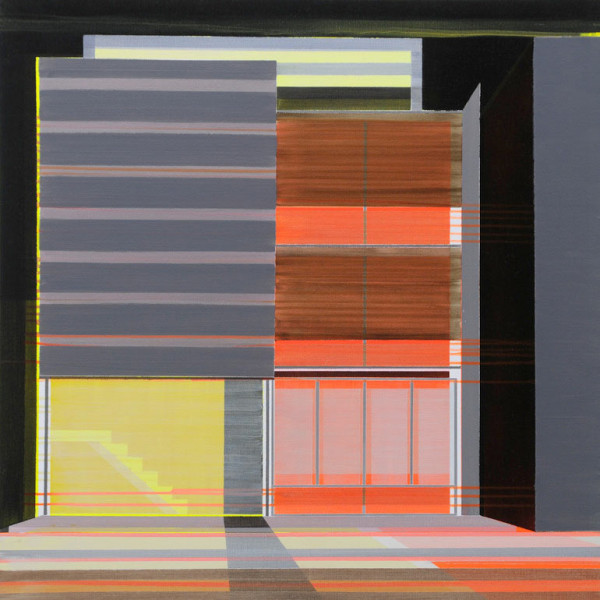 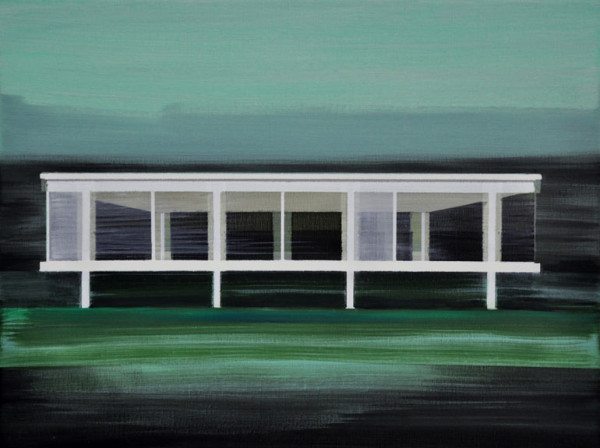 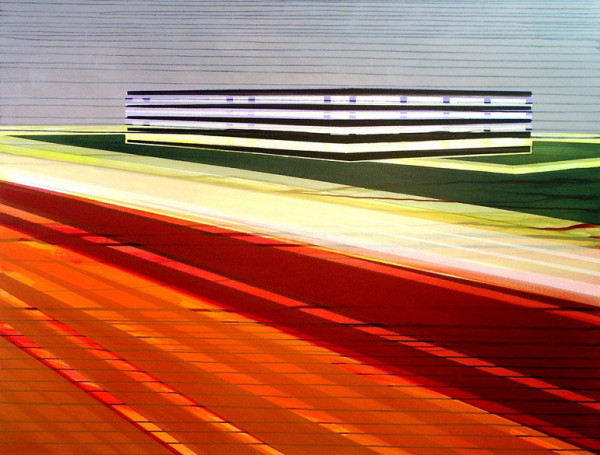