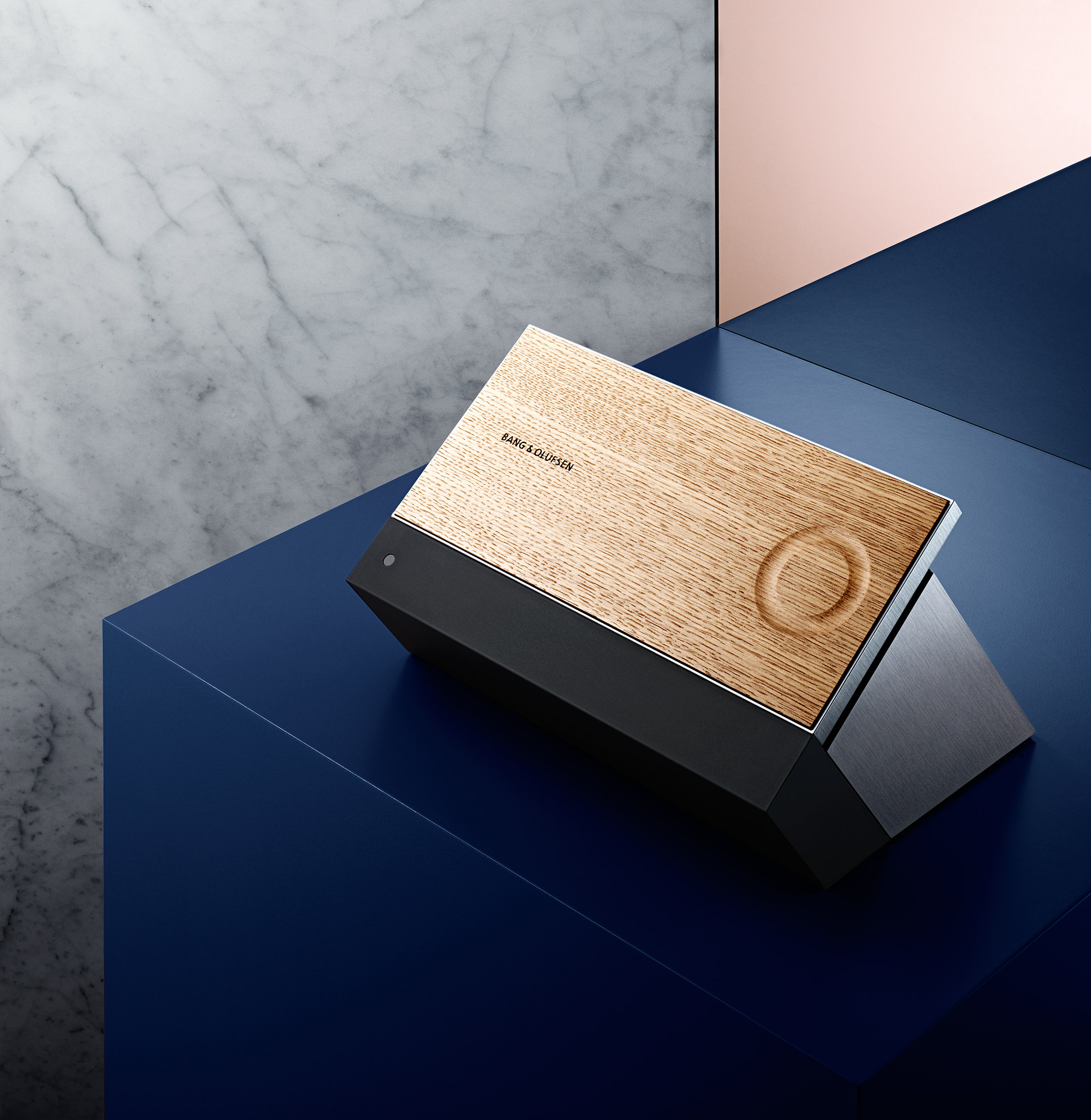 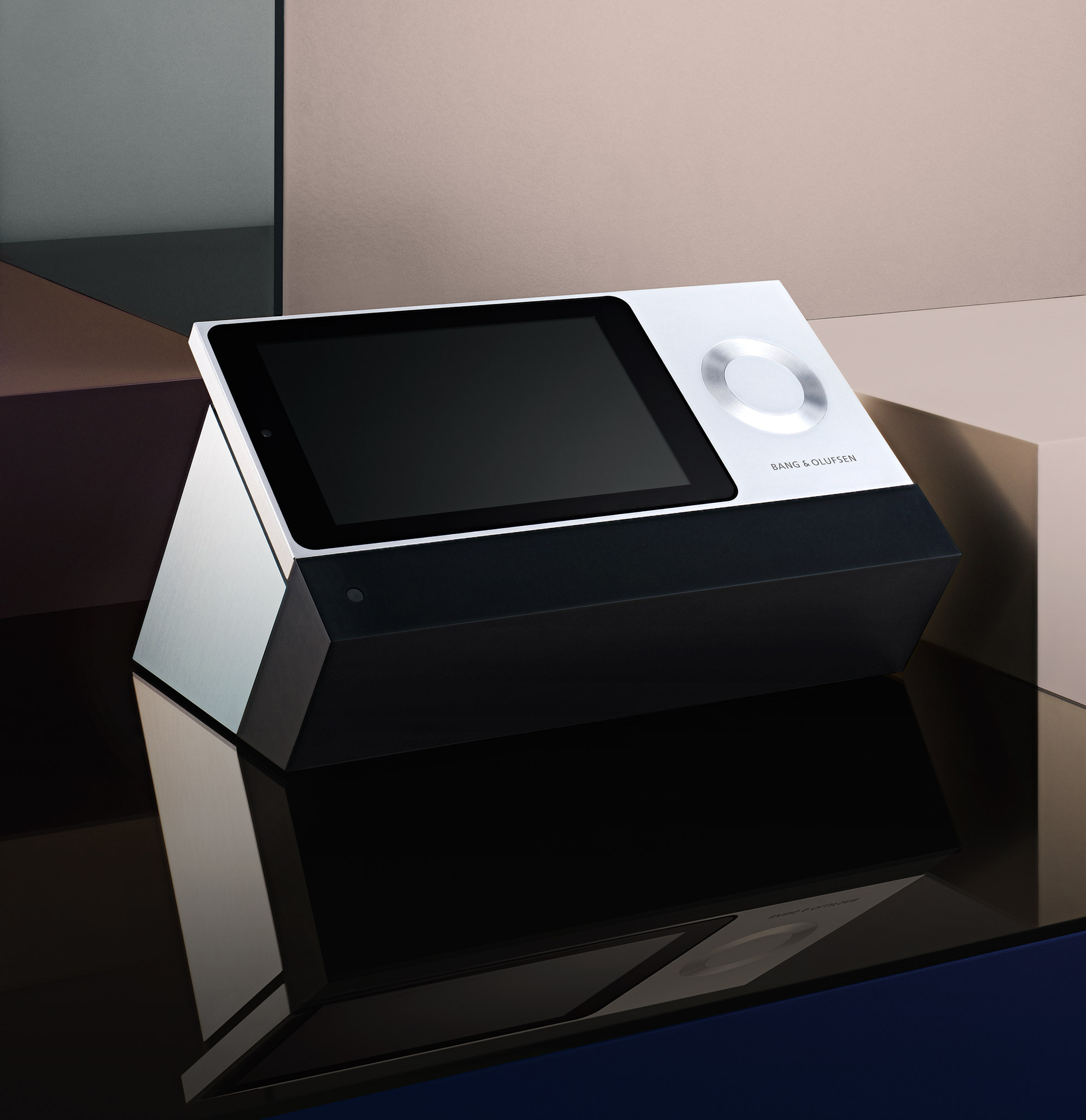 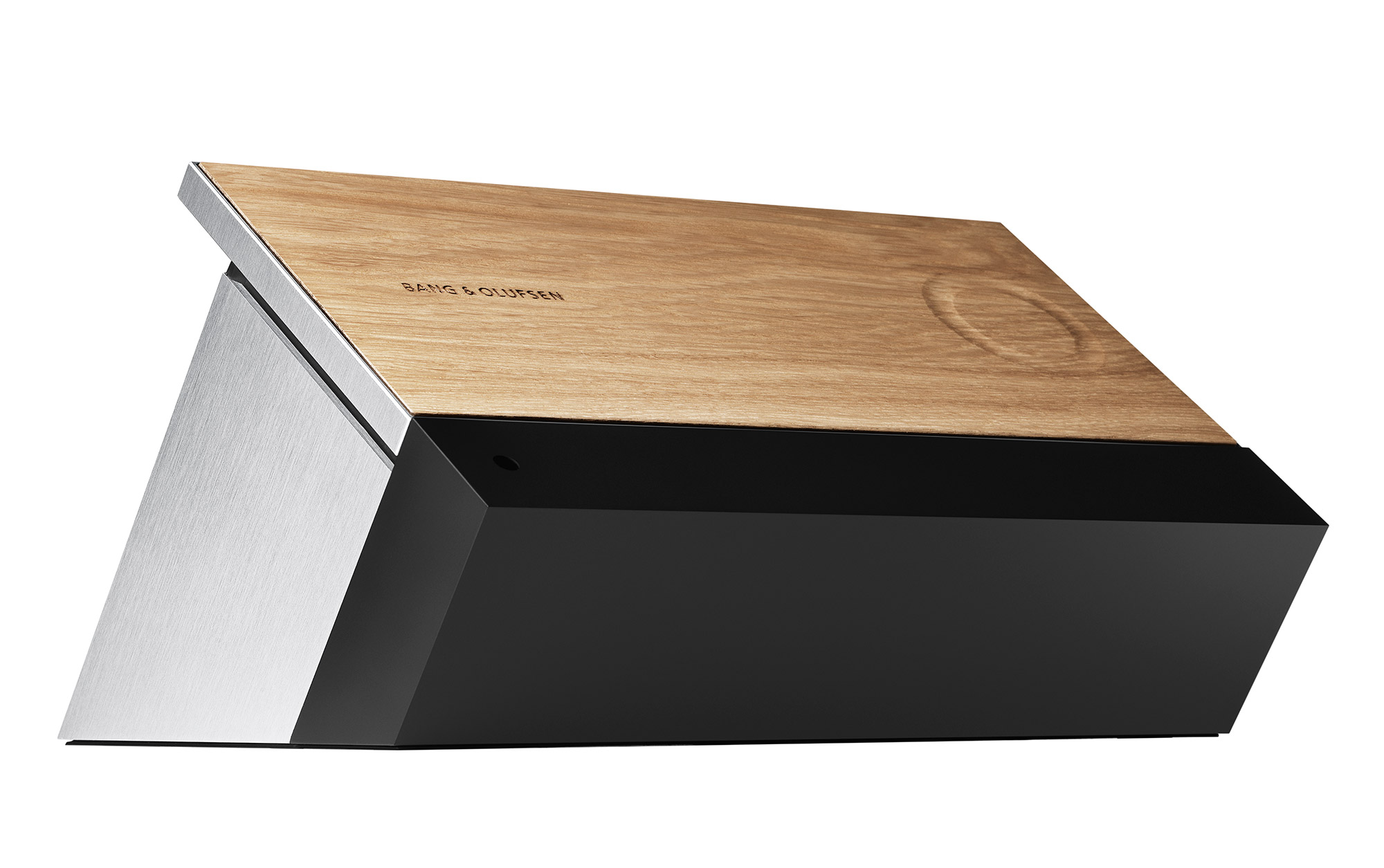 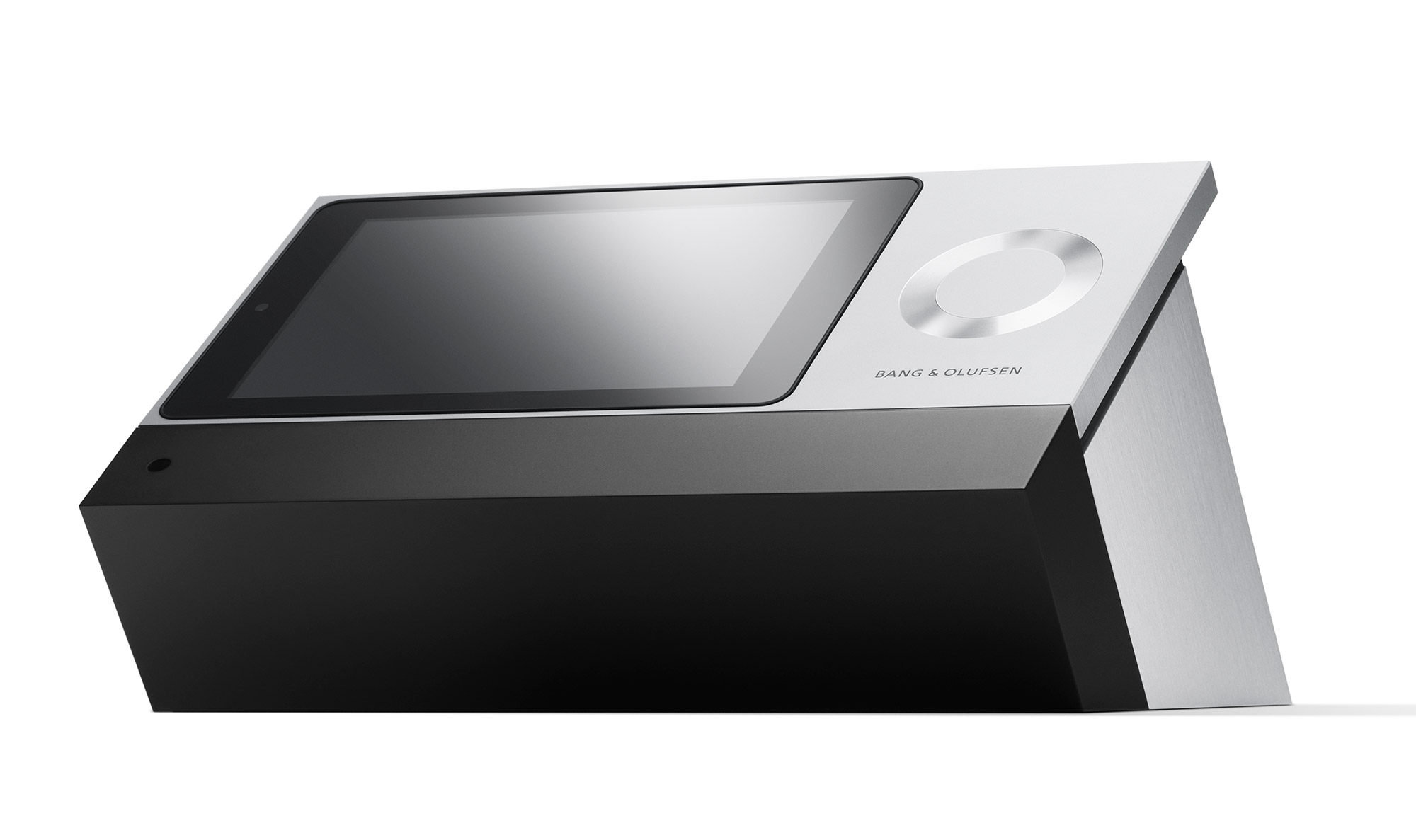 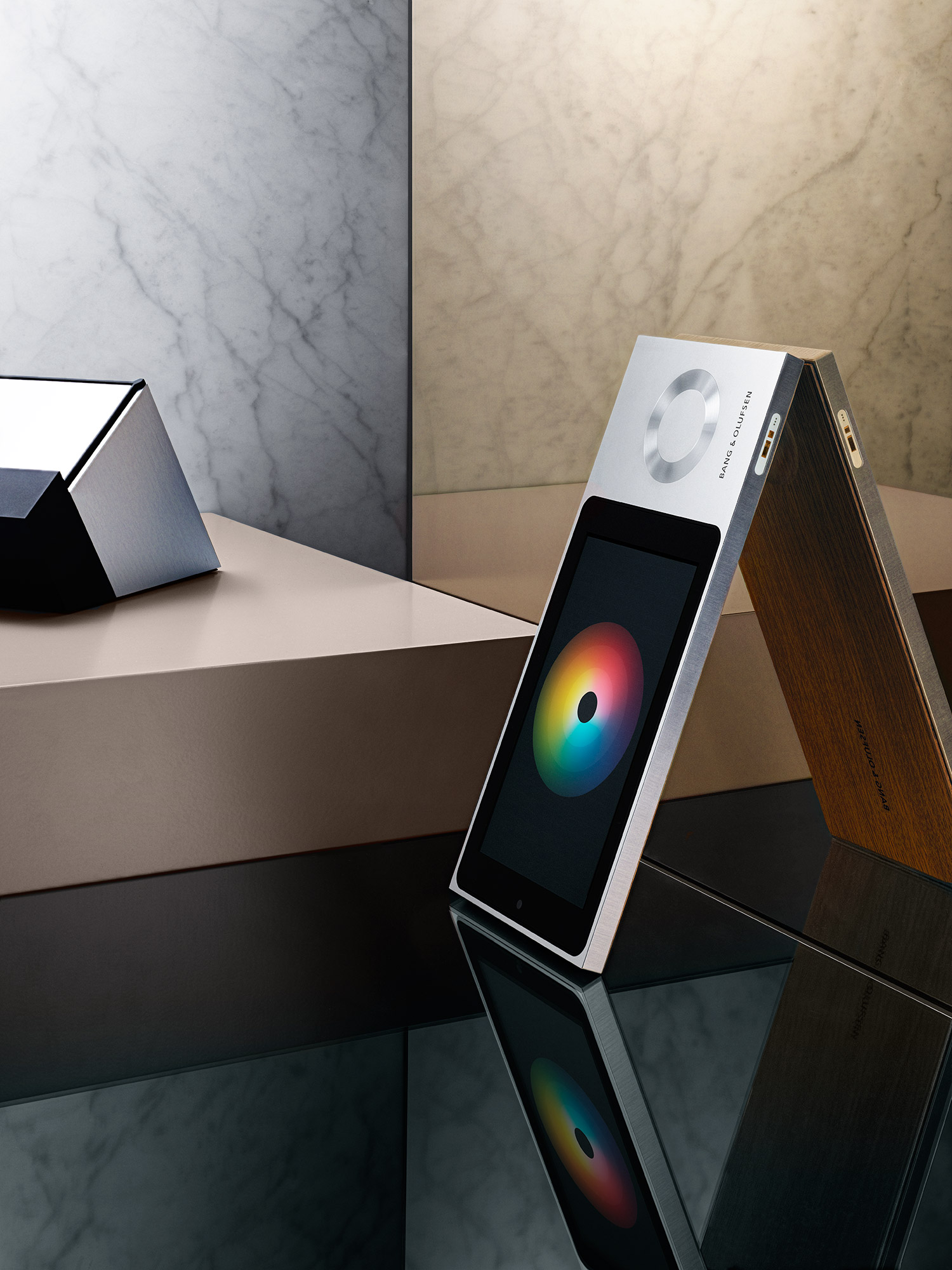 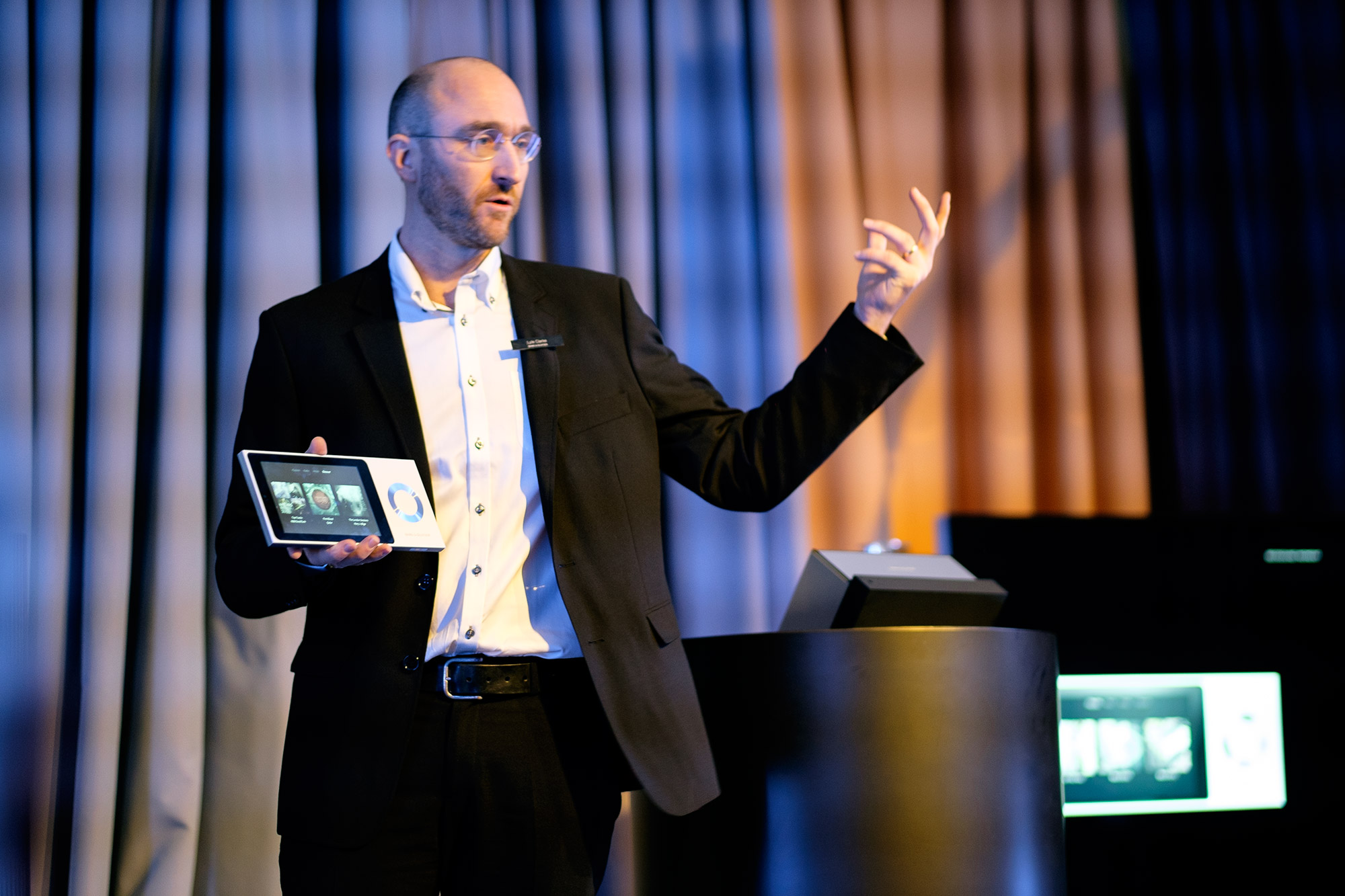 The real wood front of the BeoSound Moment is sourced from local oak trees near Bang & Olufsen's headquarters in Struer, Denmark.
3/6 Photos

Unveiled behind closed doors last week at CES 2015, the BeoSound Moment wireless home audio system is the Danish manufacturer’s attempt to reconnect listeners and family households with “the physicality and tactility of music” lost during the transition from physical media to digital, as explained by B&O’s global vice president, Kristine Marie Schmidt. 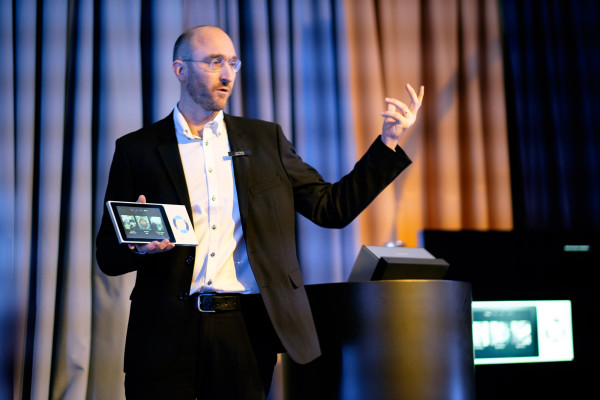 In characteristic B&O fashion, the two piece system is just as much a design object as an audio component; swathed in genuine warm oak and cool brushed aluminum, the handsome combination of wood with metal invites fingers to touch. Especially so when one notices the gently embossed groove control wheel across the wood front, the “world’s first touch-sensitive wood interface” equipped with 12 spatially distributed sensor pads capable of touch detection area in both X and Y direction. B&O engineers designed this minimalist front face as the system’s one-touch “play” button, used for those times when a listener wants music immediately, without the need to hunt through lists and libraries (alongside as an intuitive volume control interface).

The BeoSound Moment’s music-on-demand experience is aided with a newly announced listening habits learning feature called, PatternPlay; in a few week’s time the learning algorithm magically offers listeners their favorite music from their own catalog of songs/artists, bolstered with an additional 35 million songs supplied by music streaming service Deezer to flesh out what essentially becomes a listener’s own streaming radio station. B&O’s Senior Manager of UX Concepts Lyle Clarke also claimed PatternPlay is capable of learning what type of music is usually desired according to the time of day. So if it’s James Taylor you prefer to wake up to, but it’s Taylor Swift you like to dance the night away to, the BeoSound Moment will be privy to this most disturbing discrepancy between your morning and night listening habits (but dutifully abide according to it). 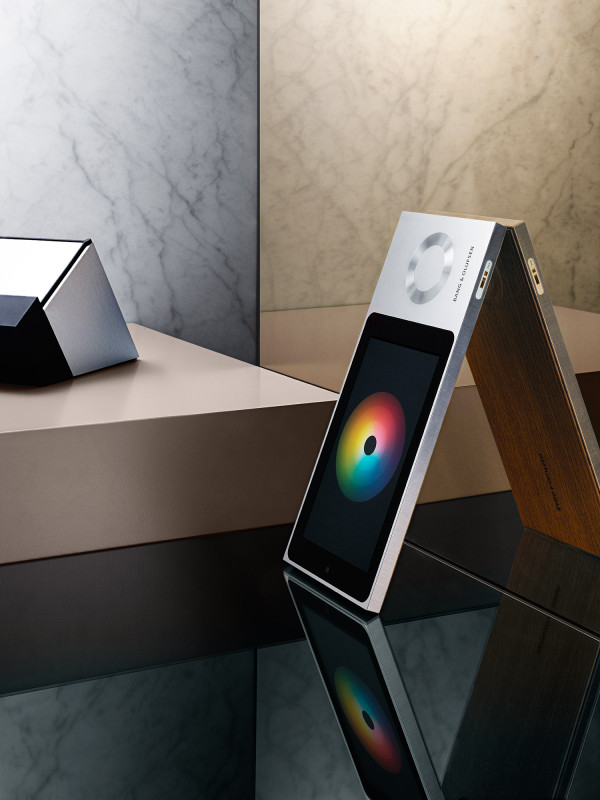 Lift and flip over the detachable tablet from the charger base and the second part of the 2-part navigation and music exploration control system is revealed, a large touchscreen display and control dial with a striking resemblance to a horizontal 5G iPod Nano (the tablet as a whole feels premium in hand, and not too heavy or unwieldy). From here a slew of additional controls are available to select and play music from, including a visual music exploration interface called MoodWheel. When touched anywhere across the multi-colored MoodWheel’s gamut, the Moment automatically generates a playlist determined by color and position. A user’s most familiar and favorite songs reside in the middle of the color wheel, while more exploratory surprises await along the outer rings, with colors representing the emotional characteristics of music (e.g. blue for mellow, red representing “passionate” songs, and yellow offering the high energy tunes). It’s all very beautifully presented, but chances are users will probably resort to the usual playlist hunt as any device instead of the empathetic aid of the MoodWheel. 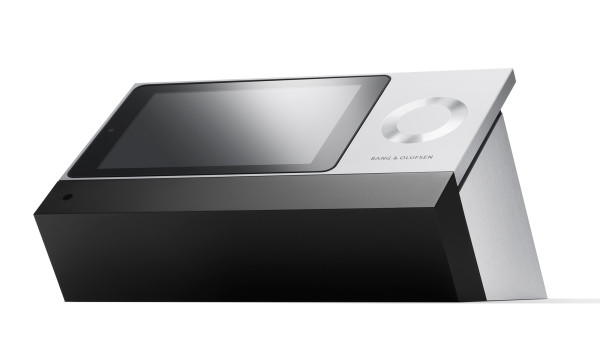 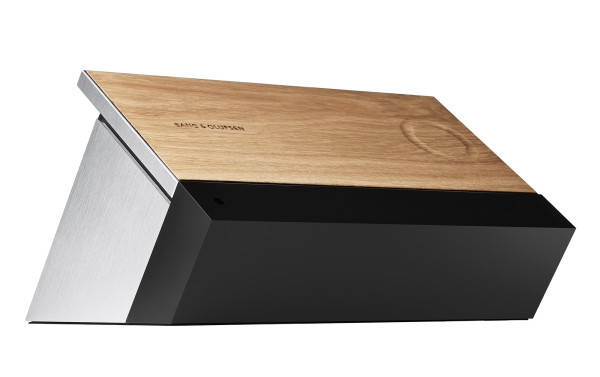 The real wood front of the BeoSound Moment is sourced from local oak trees near Bang & Olufsen’s headquarters in Struer, Denmark.

One important note: the BeoSound Moment needs the assistance of speakers, as it’s essentially a learning remote for a music library, so you’ll need to provide your own. The BeoSound Moment works both with existing Bang & Olufsen audio speakers and as an add-on with other audio brands. The luxe touch control also connects to tablet and phone music libraries via Bluetooth, and is compatible with cloud-based music streaming services like Spotify (the system will come with a complimentary 12 month subscription to Deezer Premium+). BeoSound Moment will be available exclusively at Bang & Olufsen starting January 30, 2015 in Europe, with US availability arriving at a yet to be revealed date in 2015. 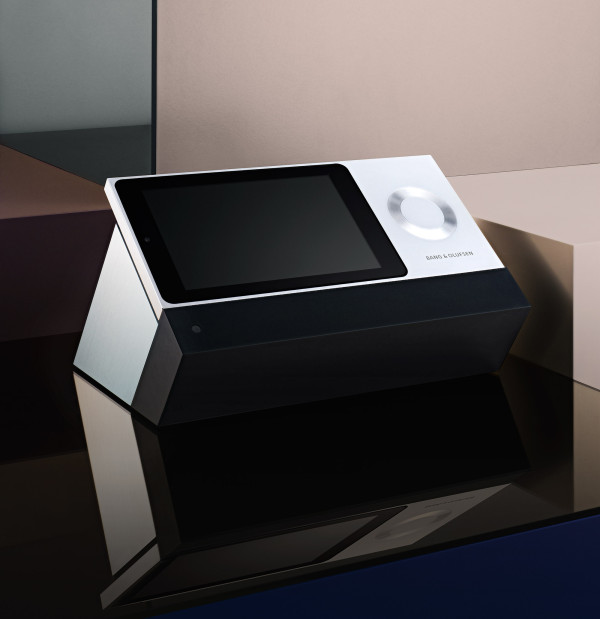