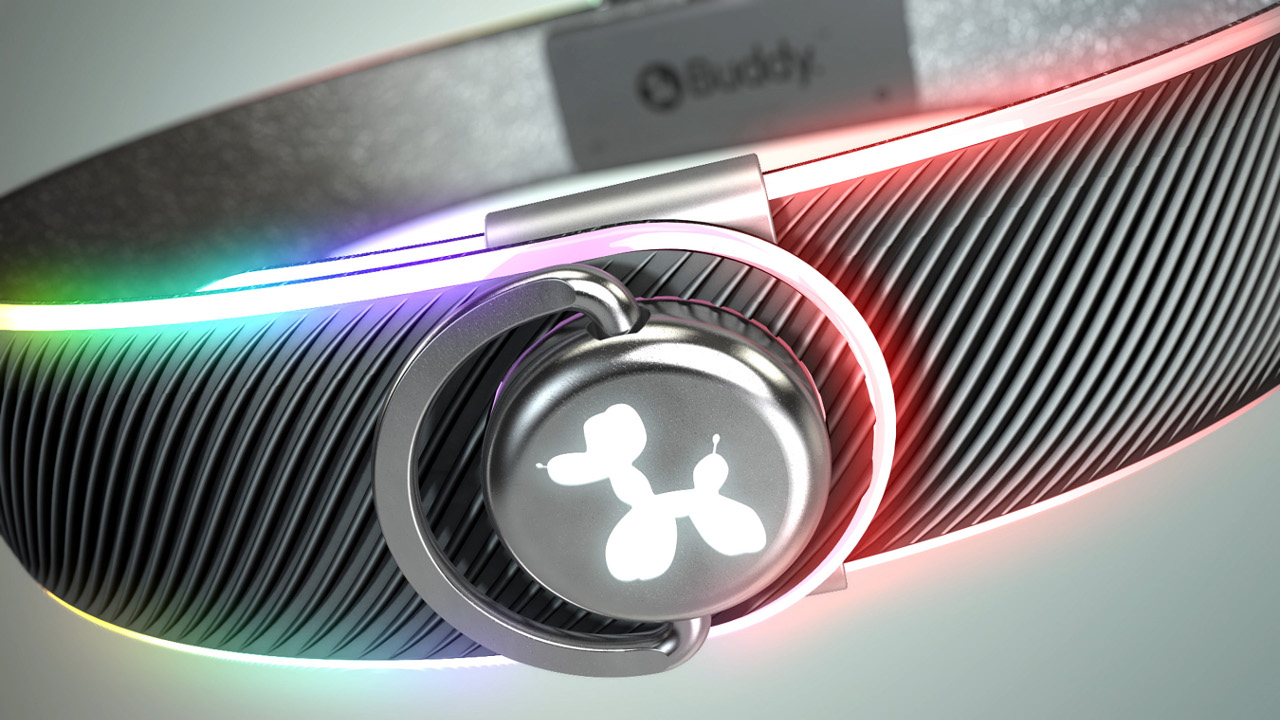 If Christopher Forcucci and Fulvio Cusumano’s previous product didn’t set them apart as leaders in the pet-tech world (an incredible LED collar called Poochlight), this new collar certainly will. Meet Buddy, the duo’s latest achievement in “smart” products for dogs and the newest addition to their Squeaker product range. Buddy is an LED dog collar with GPS, WiFi, and bluetooth technology. It’s not all just tech-speak bells and whistles, though. Through clever design and innovation, Buddy gives pet owners confidence and peace of mind by tracking their dog’s whereabouts in real time, so they know where they are and what they are up to at the tap of a button. “If a dog escapes outside a designated boundary set by the owner, he or she can immediately receive an on-demand notification directly to a mobile phone,” said Forcucci, Founder of Squeaker, who initially came up with the concept when he launched his first pet-tech product, the PoochLight, which we featured in 2014. It doesn’t end there though. With Buddy, the duo wanted to take the idea further, adding next-gen functionality to a product that aims to keep dogs safe while being connected to their owners and to other dogs, including activity and fitness tracking along with the ability to connect with other Buddy users. The duo is now reaching out to dog lovers from all over the world in an effort to raise $280,000 in pledges via Kickstarter. Check out their campaign for more information and to help bring this incredible prototype to life!

UPDATE: The Buddy can now be pre-ordered through Indiegogo.