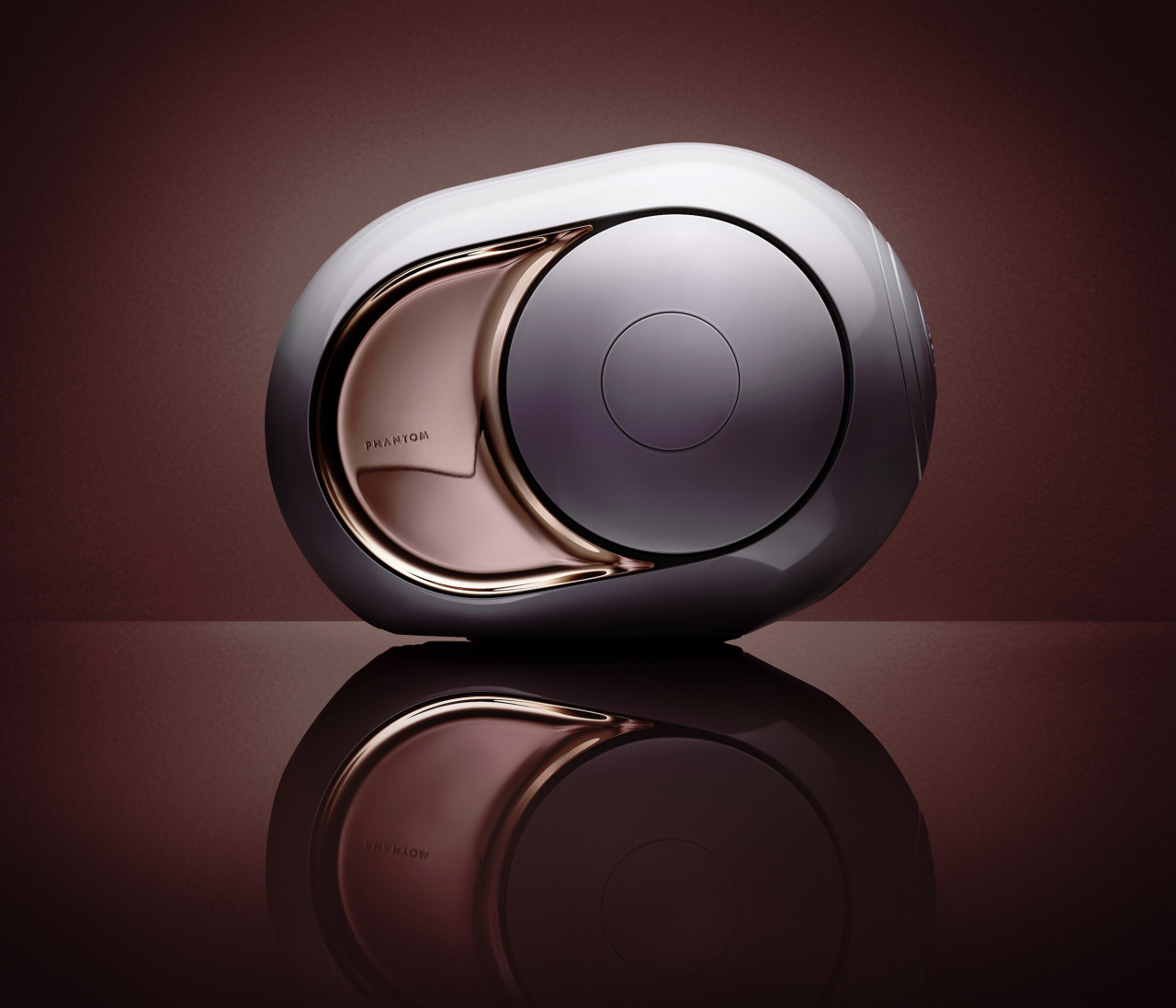 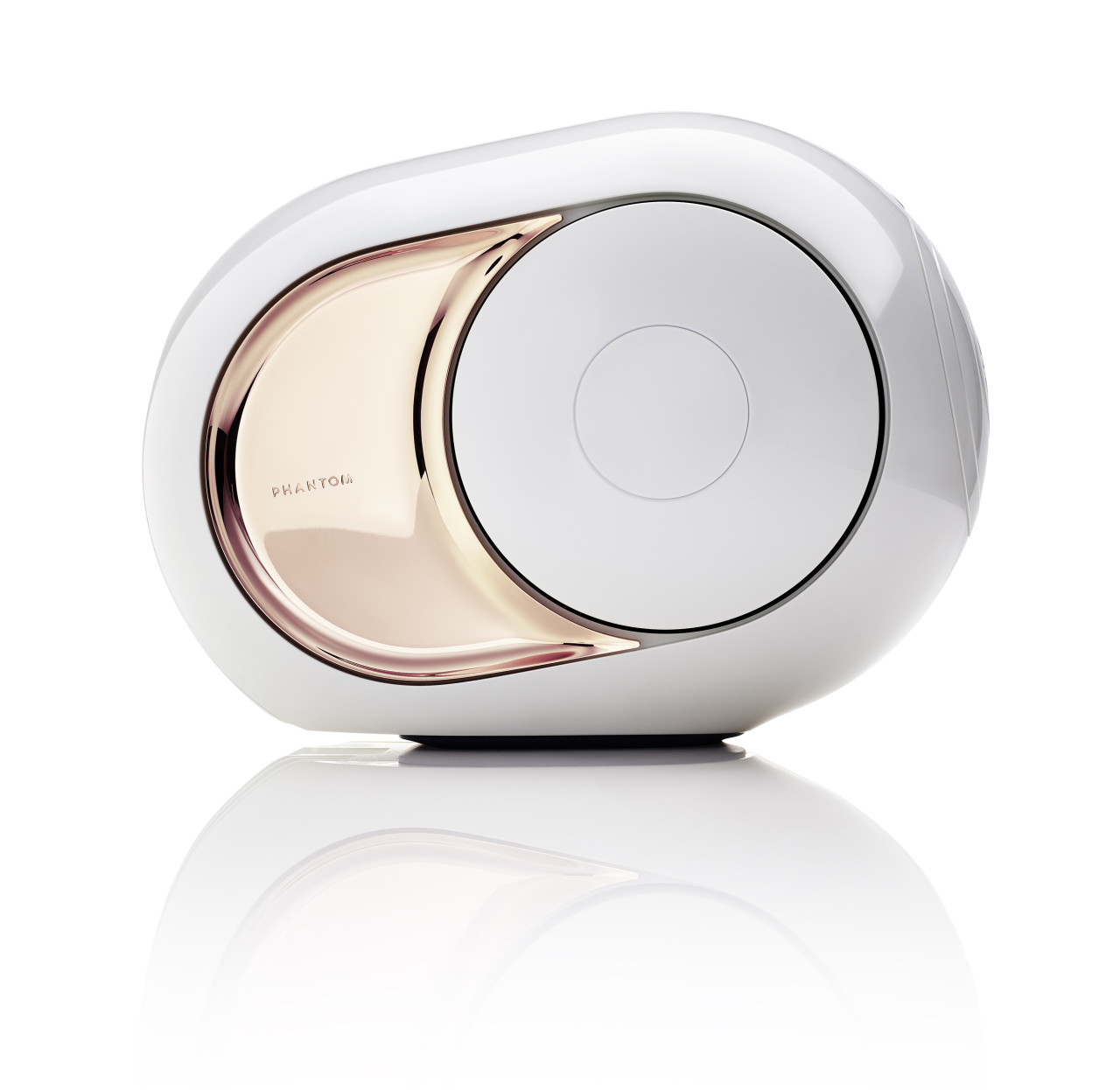 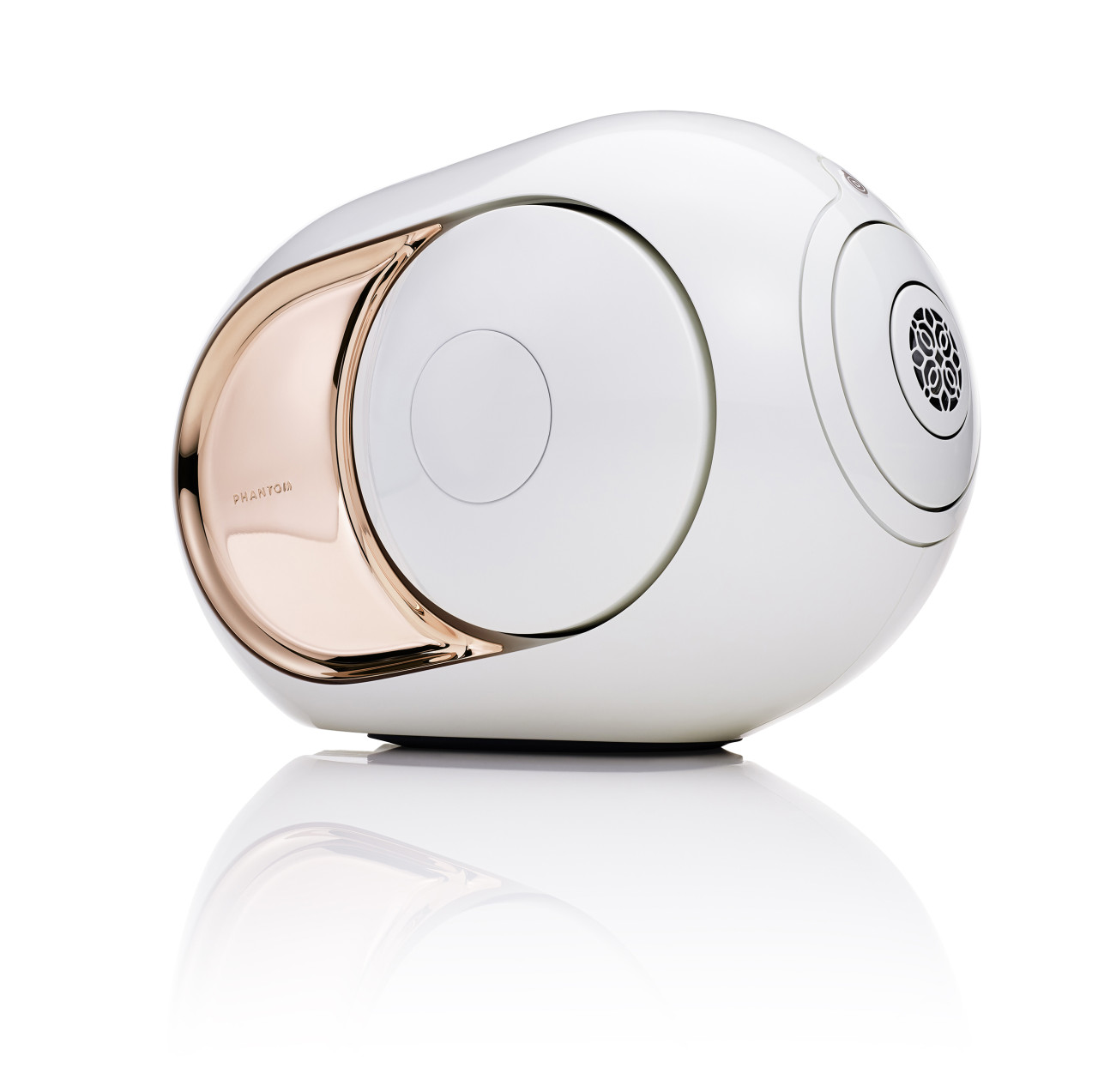 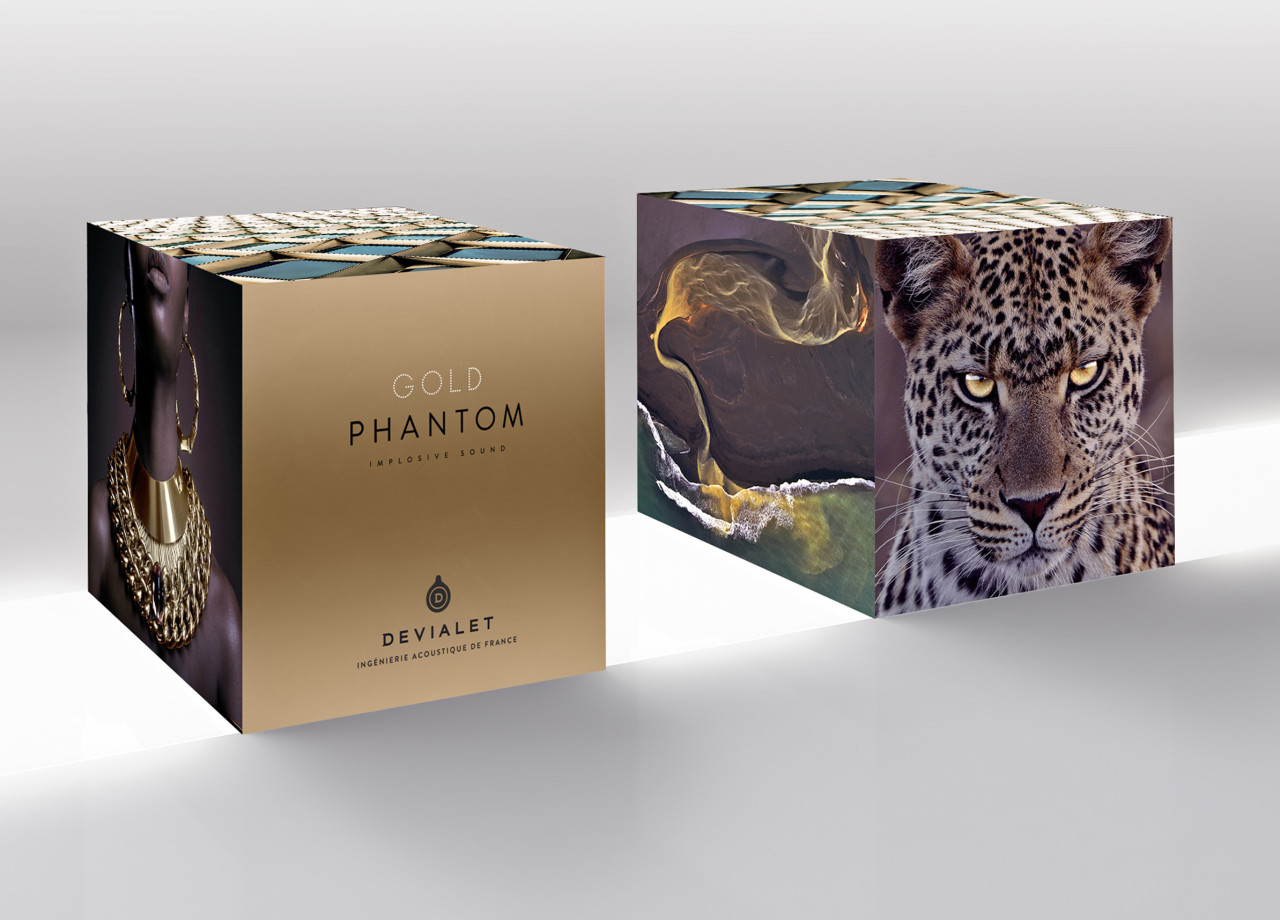 French manufacturer Devialet has created an intriguing design object of sound, a radical departure from the recognizable norm of the wireless audio speaker landscape. The Gold Phantom prominence can be almost solely attributed to its angled white capsule design adorned with a luxe panel of 22-karat rose gold on each side, an embellishment that makes clear this all-in-one system is unlike any other audio system on the market today. 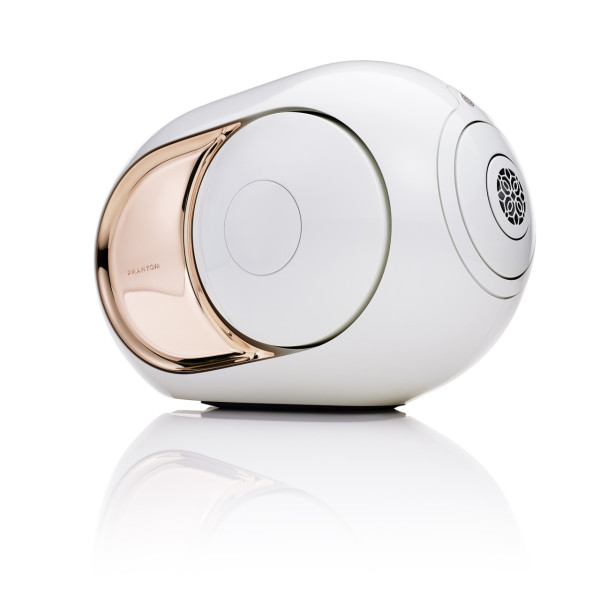 The Phantom’s spherical enclosure is maximized for optimal transmission of undistorted and omnidirectional sound.

It’s difficult imagining hiding away the Devialet Gold Phantom tucked in a corner. And in fact, the Phantom’s designers intended the system to be prominently and proudly displayed out in the open – a status object desiring the attention of both ears and eyes alike – a plus when considering audio speakers of any kind benefit from positioning away from obstructions and the immediate proximity of walls.

The Devialet Gold Phantom is actually the third iteration of the Phantom design. A previous “Best of CES” winner, the Phantom won numerous accolades for both its Silver 3,000 watts and Original 750 watts system designs. The improvement here is attributed to an additional 1,500 watts of power (for a total of 4,500 watts), an improvement to 108dB of output, and of course, that beautiful golden trim. 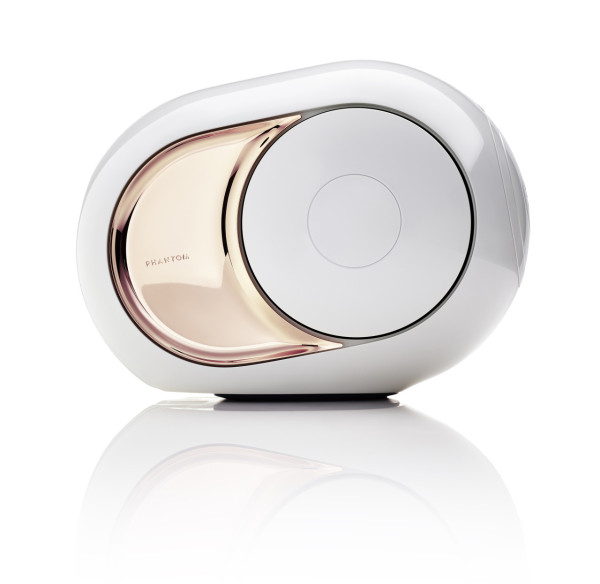 How loud can the Phantom Gold get? Its 4,500 watts of power is capable of producing a maximum volume of 108db SPL – the equivalent of a live rock concert. This golden edition is 8x more powerful than the original Phantom.

Otherwise, the industrial design remains similar to its Phantom/Silver Phantom brethren, alongside the four driver units within, with two woofers on each side, and a midrange with a tweeter – all driven by an Analog Digital Hybrid amplification circuitry that combines the brawn of a Class A amp with the efficiency of a Class D amp. This is all to say this system, like its predecessors, can deliver an ungodly amount of undistorted sound despite a compact size. 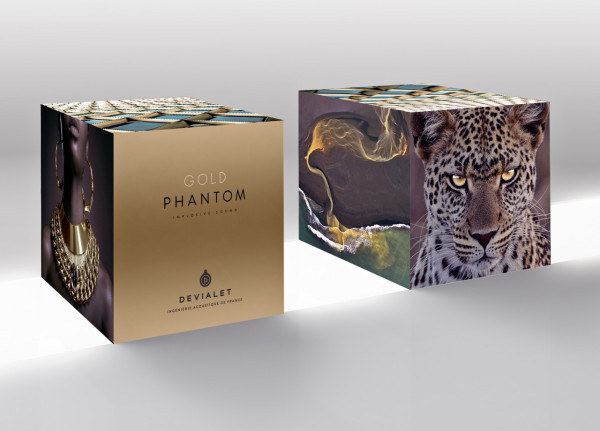 Devialet’s luxe golden wireless speaker will become available at a retail price of $2,990 – pre-orders are being taken at Devialet.com – with Gold Phantoms shipping on a date signifying the speaker’s revolutionary intent: July 14, 2016 – Bastille Day.