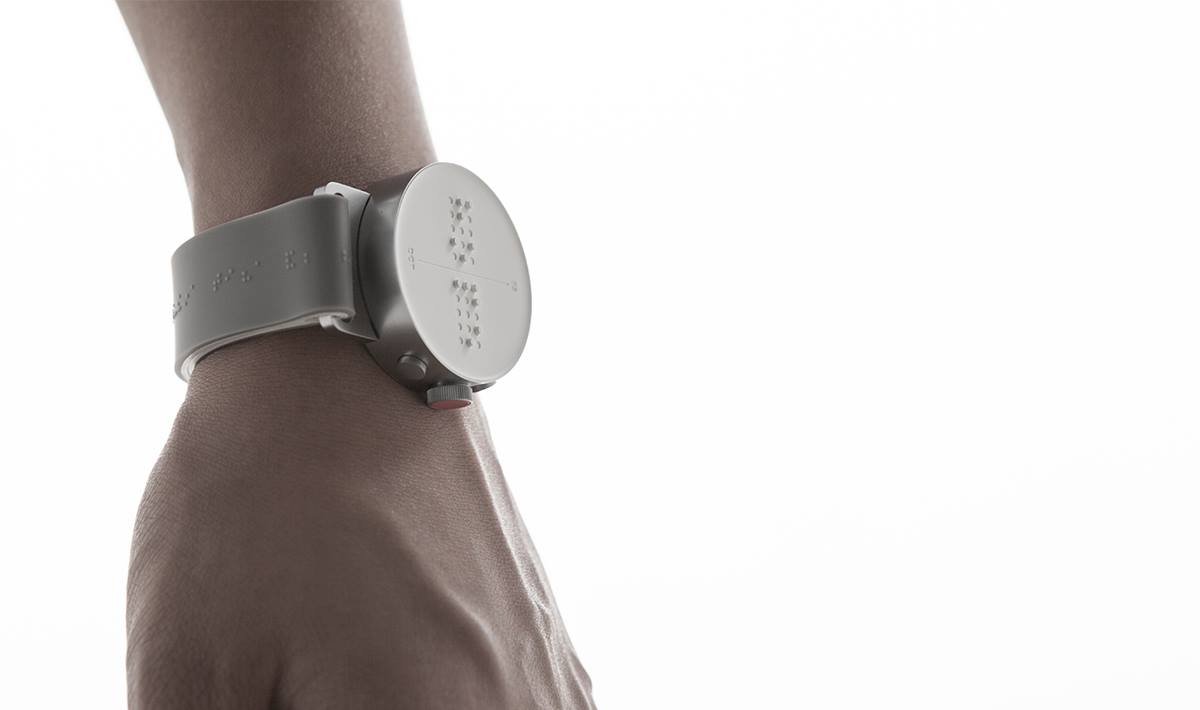 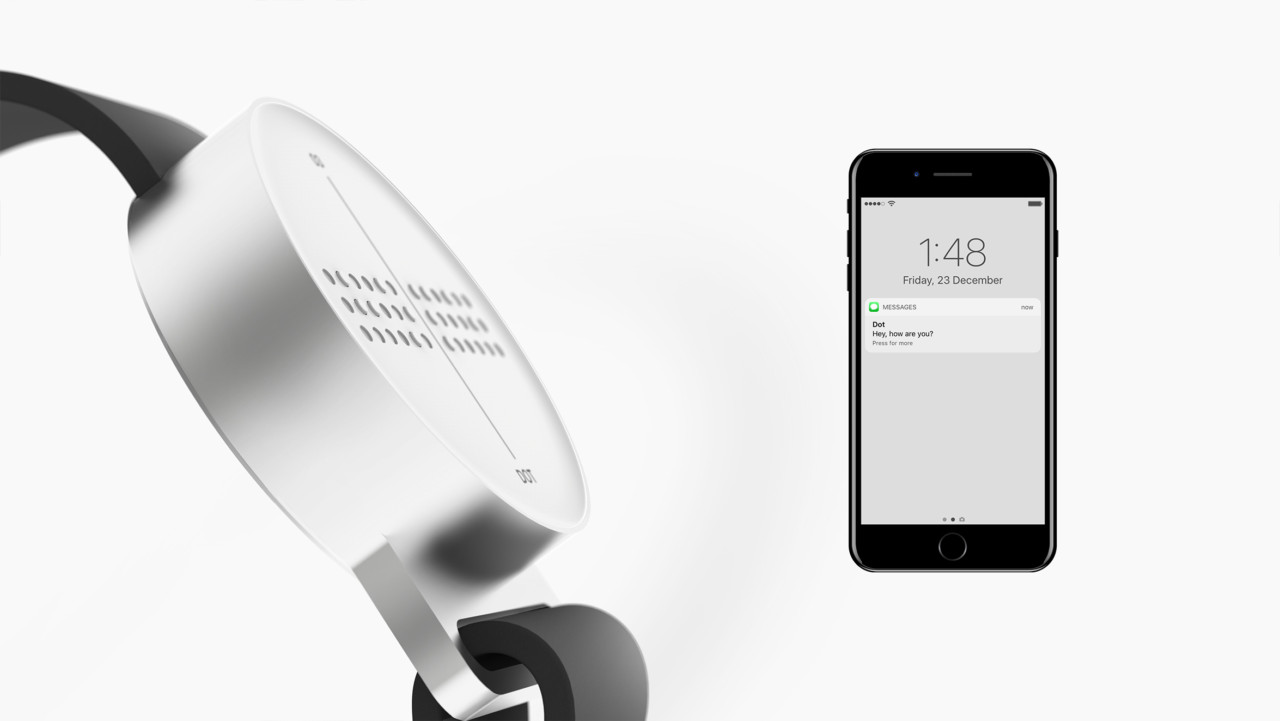 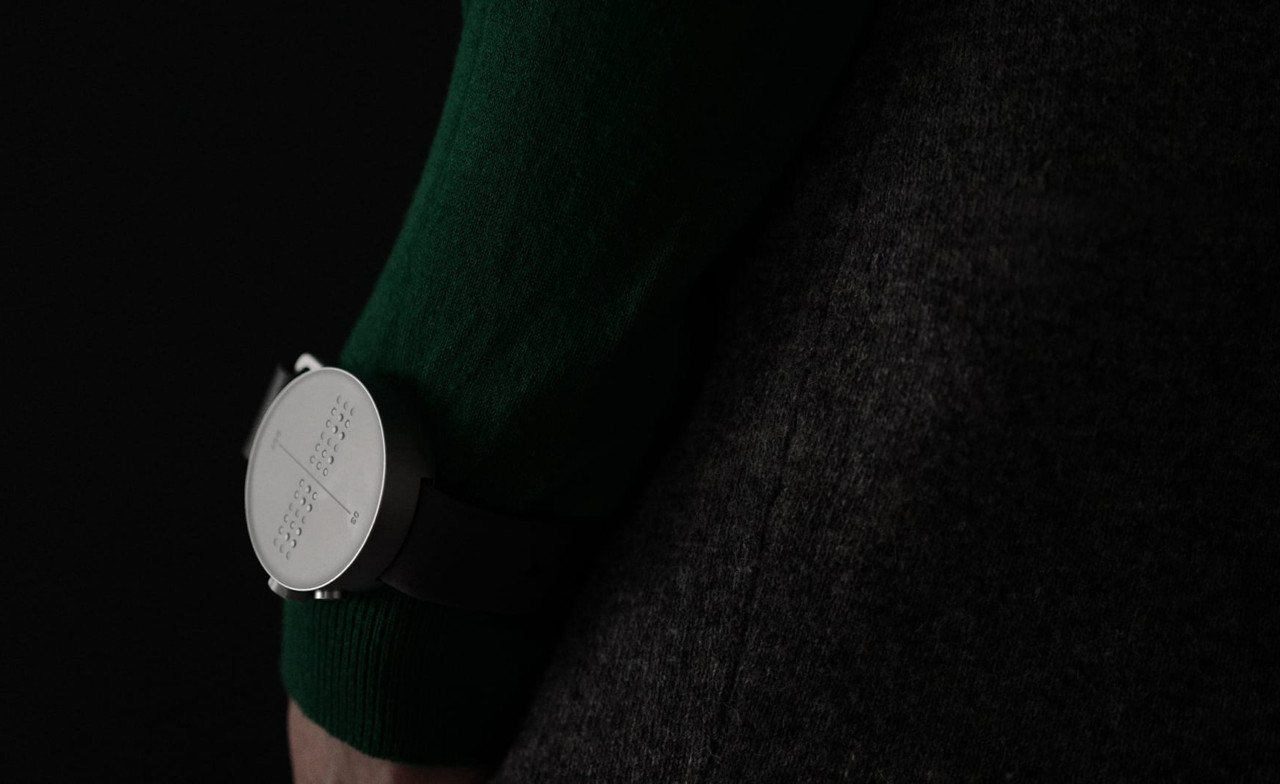 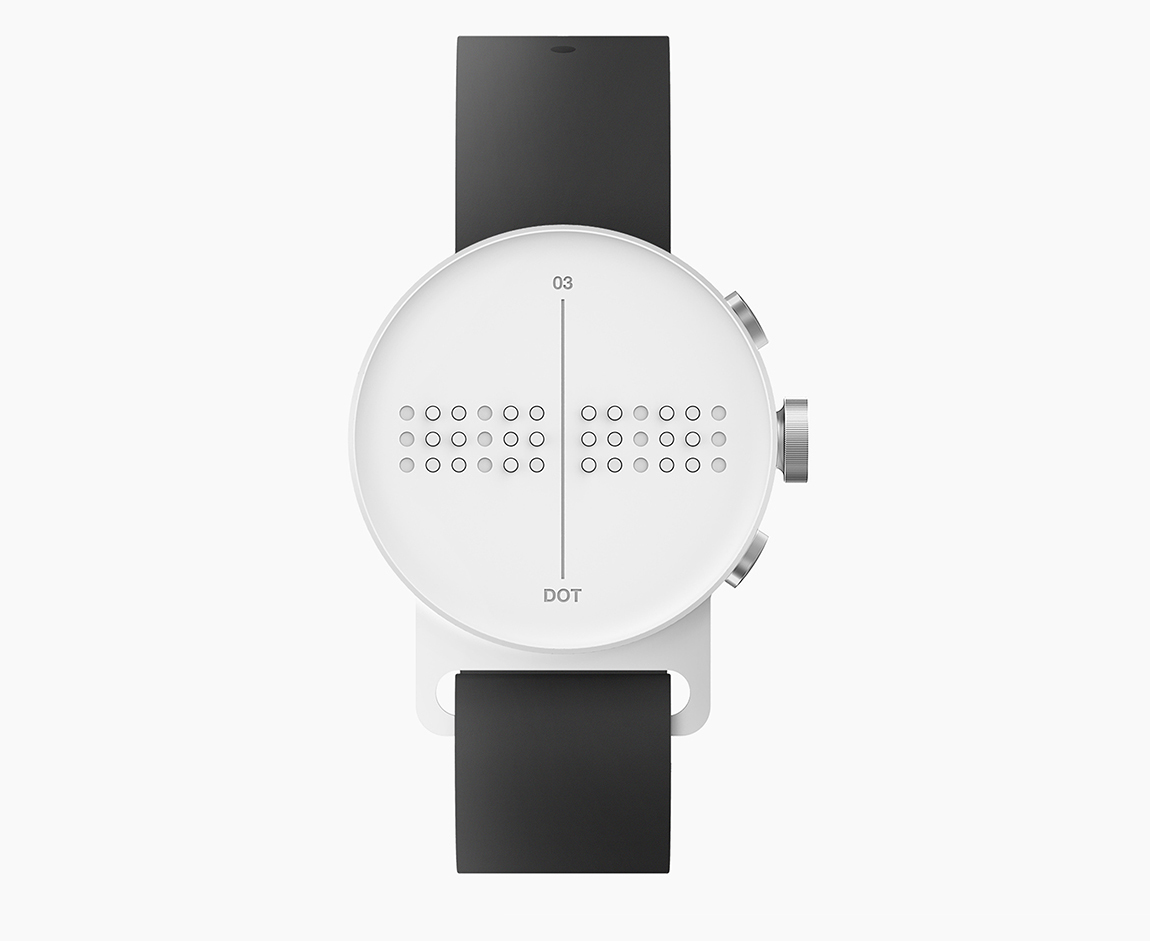 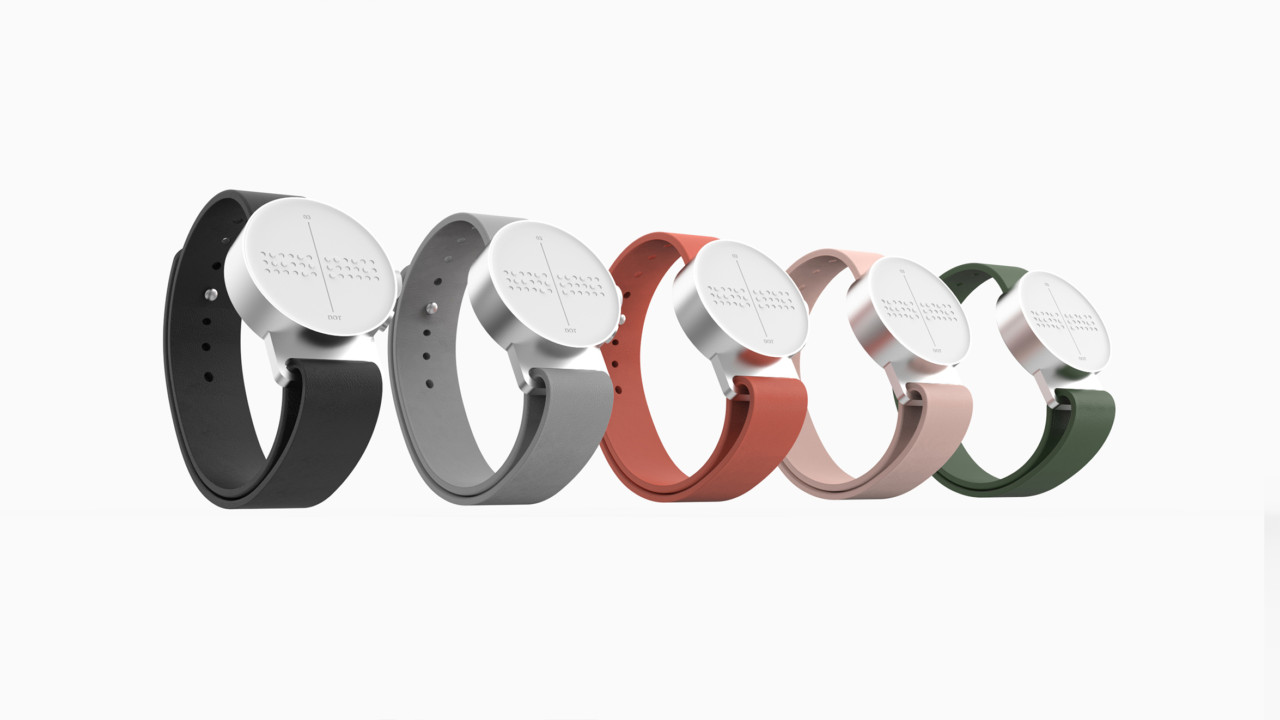 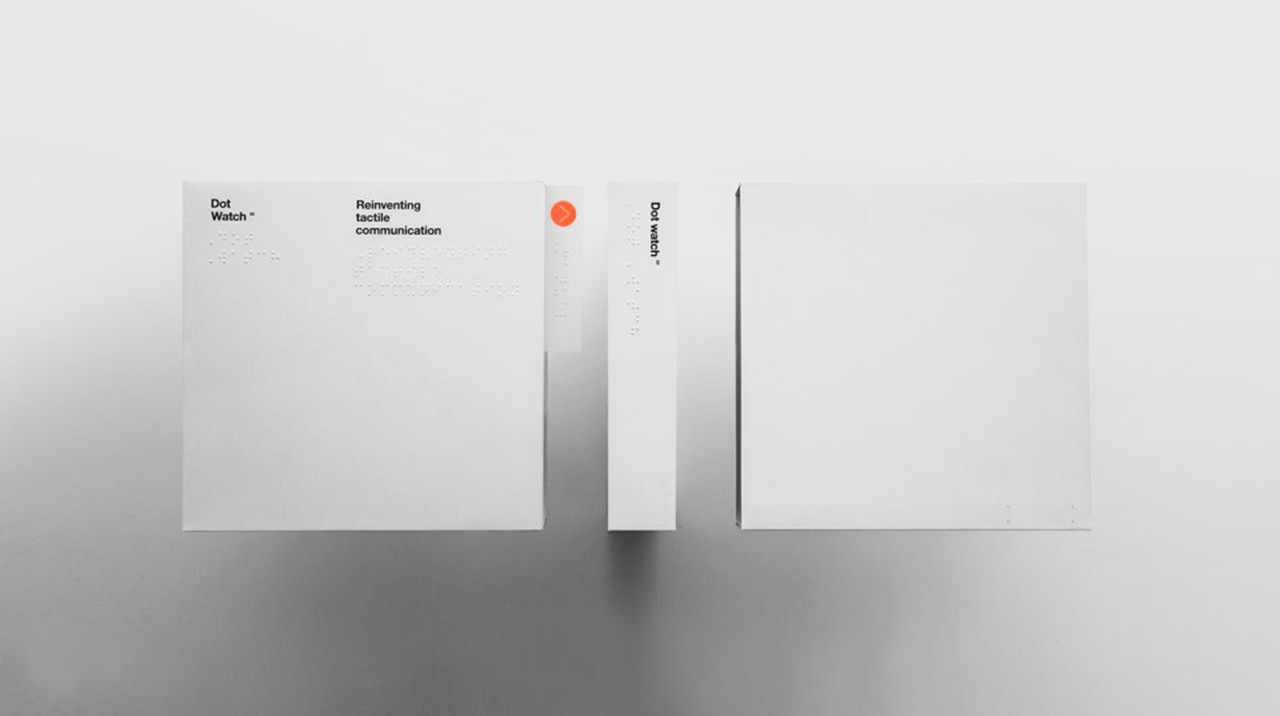 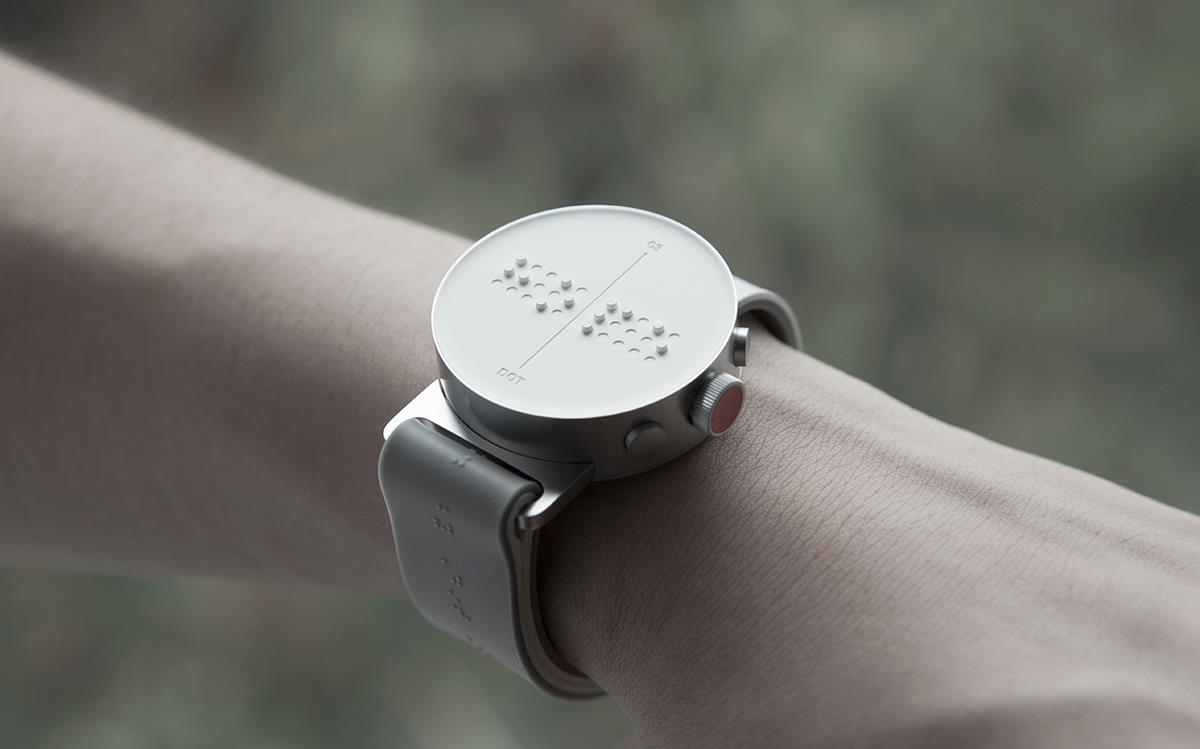 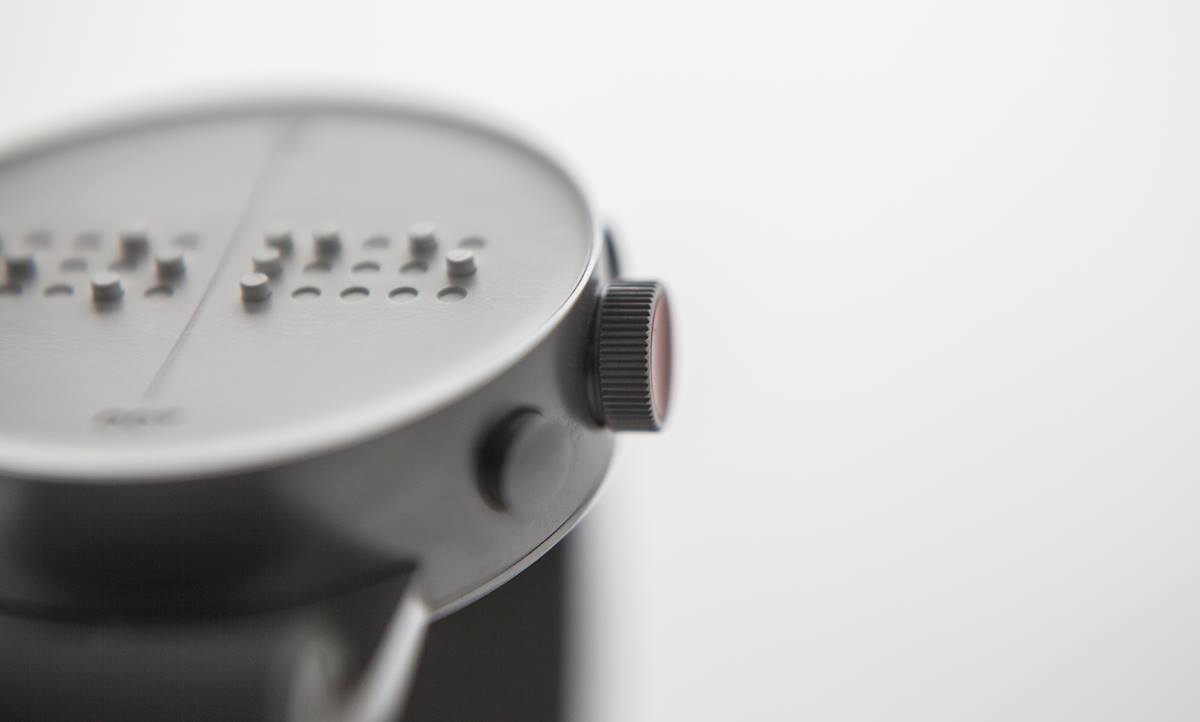 On the surface the Dot Watch’s aluminum case design shares similarities with the fashionable-before-functional models you’ll sometimes find within the category of designer novelty timepieces, with a veneer of Dieter Rams and Dietrich Lubs Braun-branded execution. Look closer and evidence of something more utilitarian becomes evident: a smart watch engineered to display time using a raised braille display for the sight-impaired. 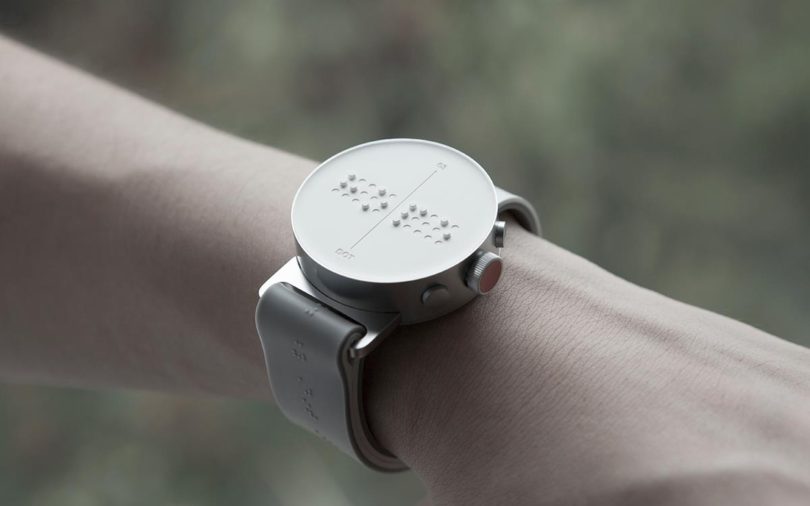 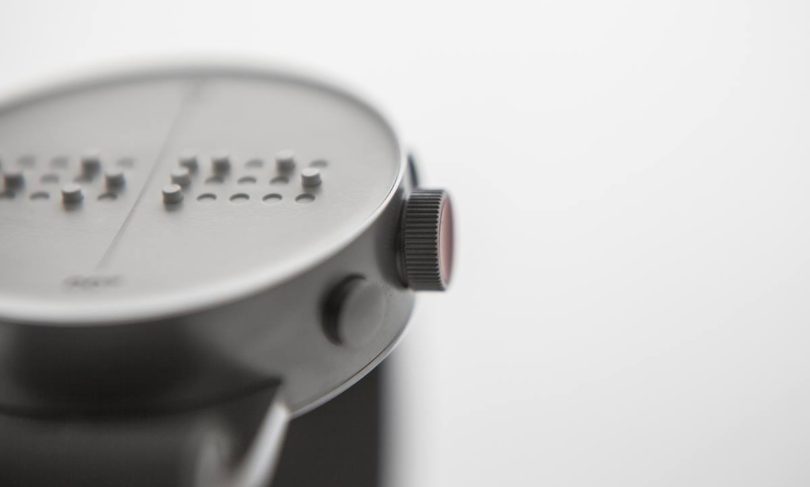 Four motorized modules control an array of individual dots, each which can be raised or lowered to display time in a tangible manner.

The Dot Watch is by no means the first or only stylishly executed wristwatch designed for the blind – the Eone Bradley Element comes to mind – but the Dot Watch establishes itself with a technological advancement that replaces the typical smartwatch display with the world’s very first, mass-producible, micro braille actuator. Time turns into a tangible and smart-tech enabled touch notification experience. 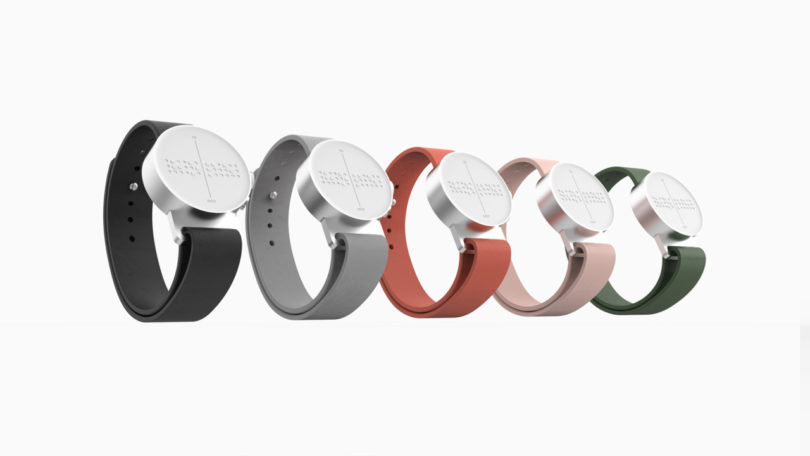 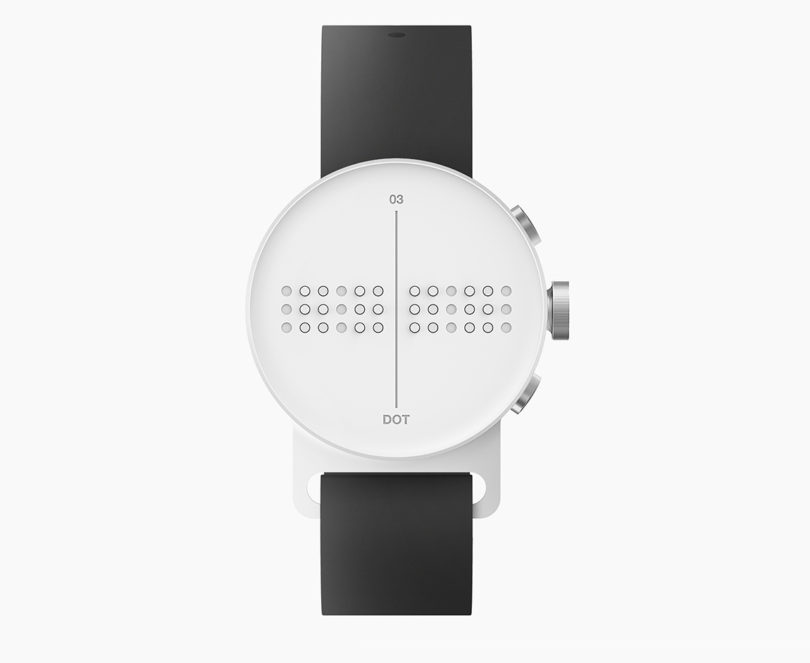 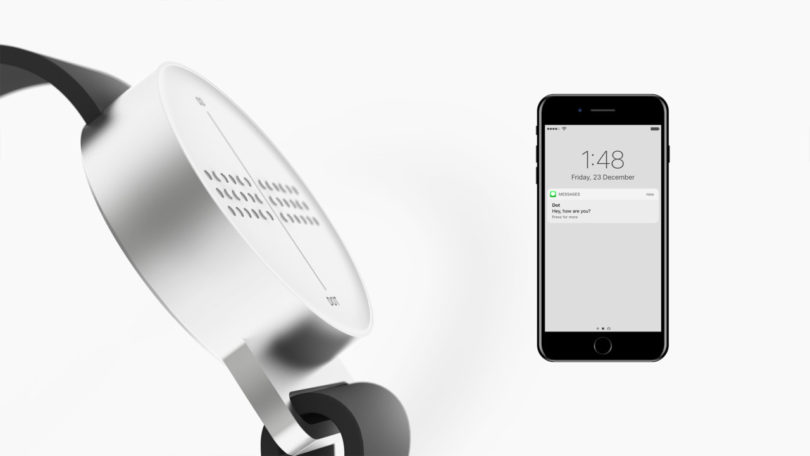 The Dot Watch app permits users to set up to two vibration alarms, check up to 100 saved messages, and even send texts from a smartphone to the Dot Watch to display the texts in braille.

Developed by Korea-based Dot Inc. their namesake’s watch mechanism was fine tuned to 1/10th of the cost and 1/20th smaller than previous available micro braille actuator iterations. The resulting aluminum case isn’t insignificant in size, but its size offers enough room for a Bluetooth connectivity chip for wireless coordination with its very own smartphone app, gyroscope, and accelerometer.

Minus a screen, the Dot Watch’s battery life between recharge cycles (via USB) is longer than most smartwatch devices. 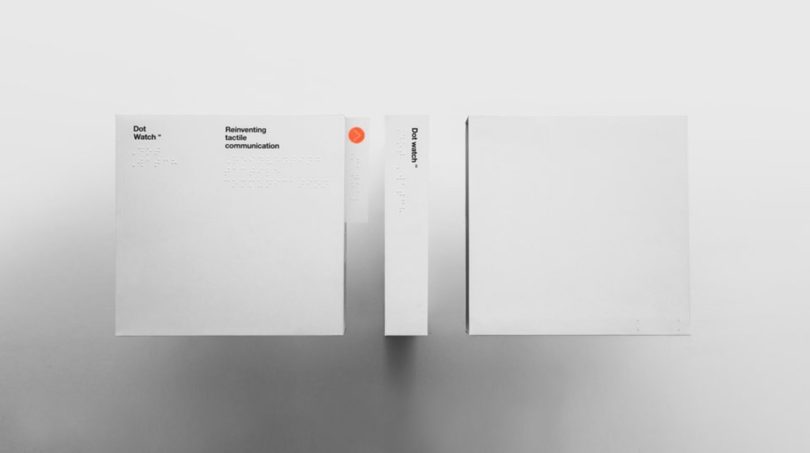 The Dot Braille Smartwatch is a unique smartwatch that brings the smartwatch experience to the blind and visually impaired, but just as visually impressive as a design for those who can see Dot Inc.’s efforts.