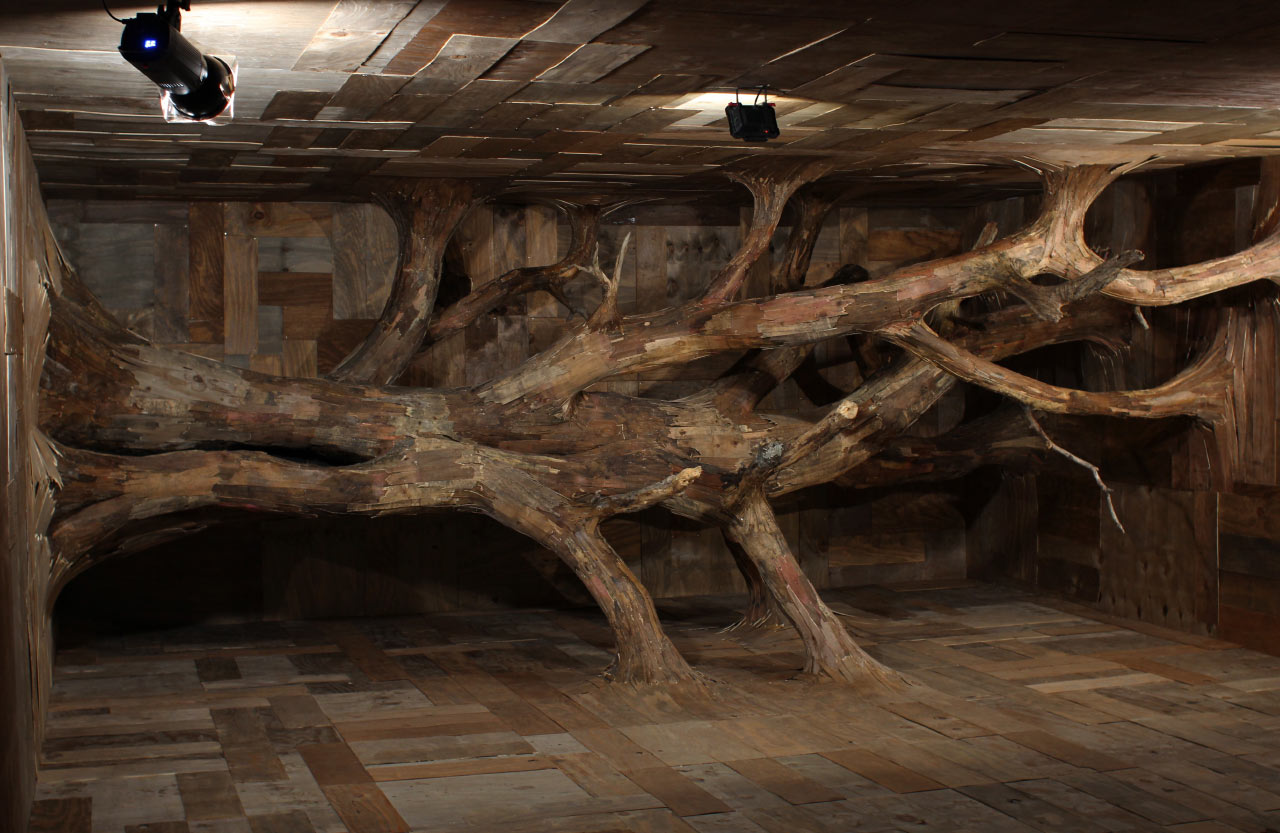 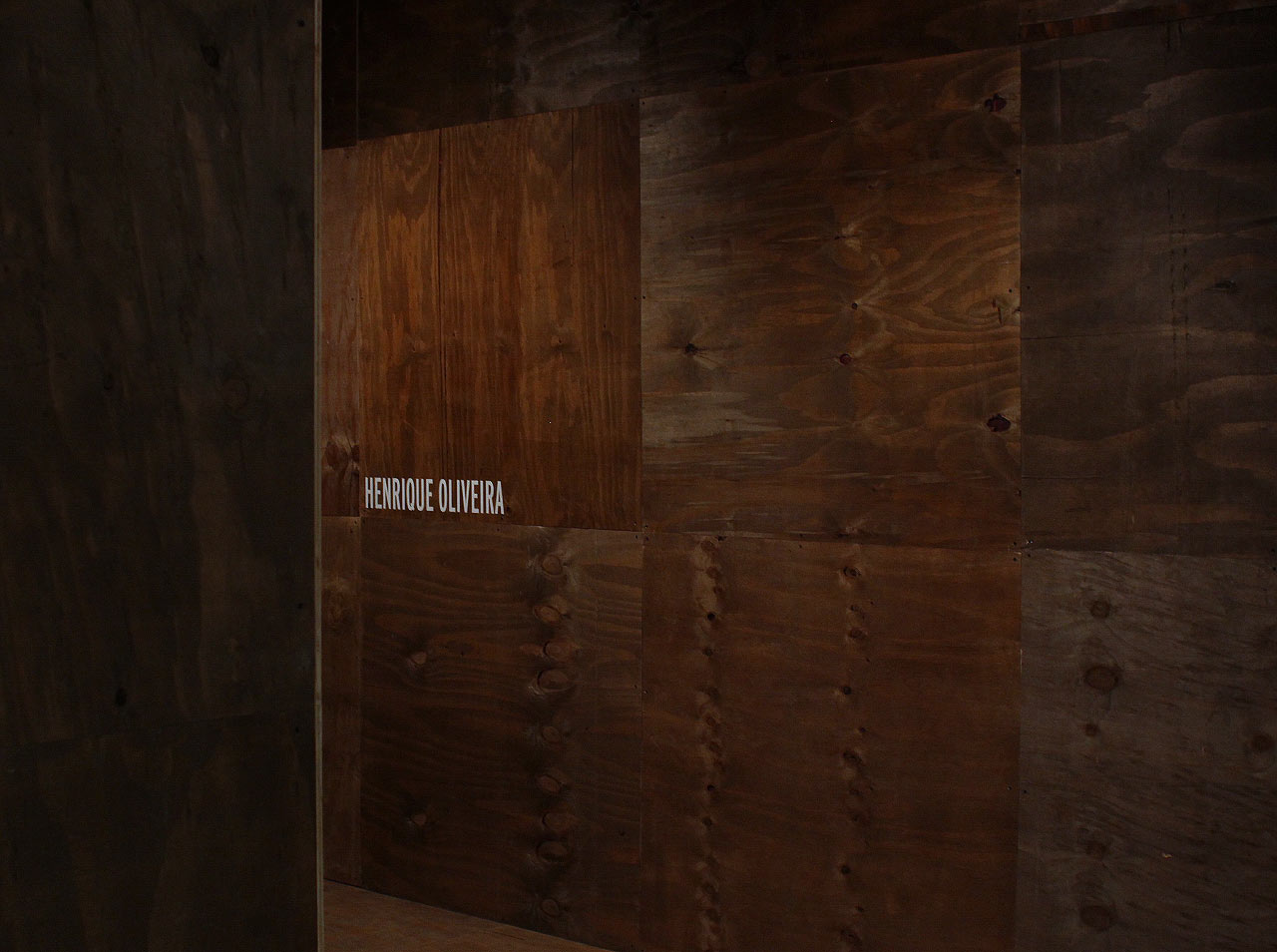 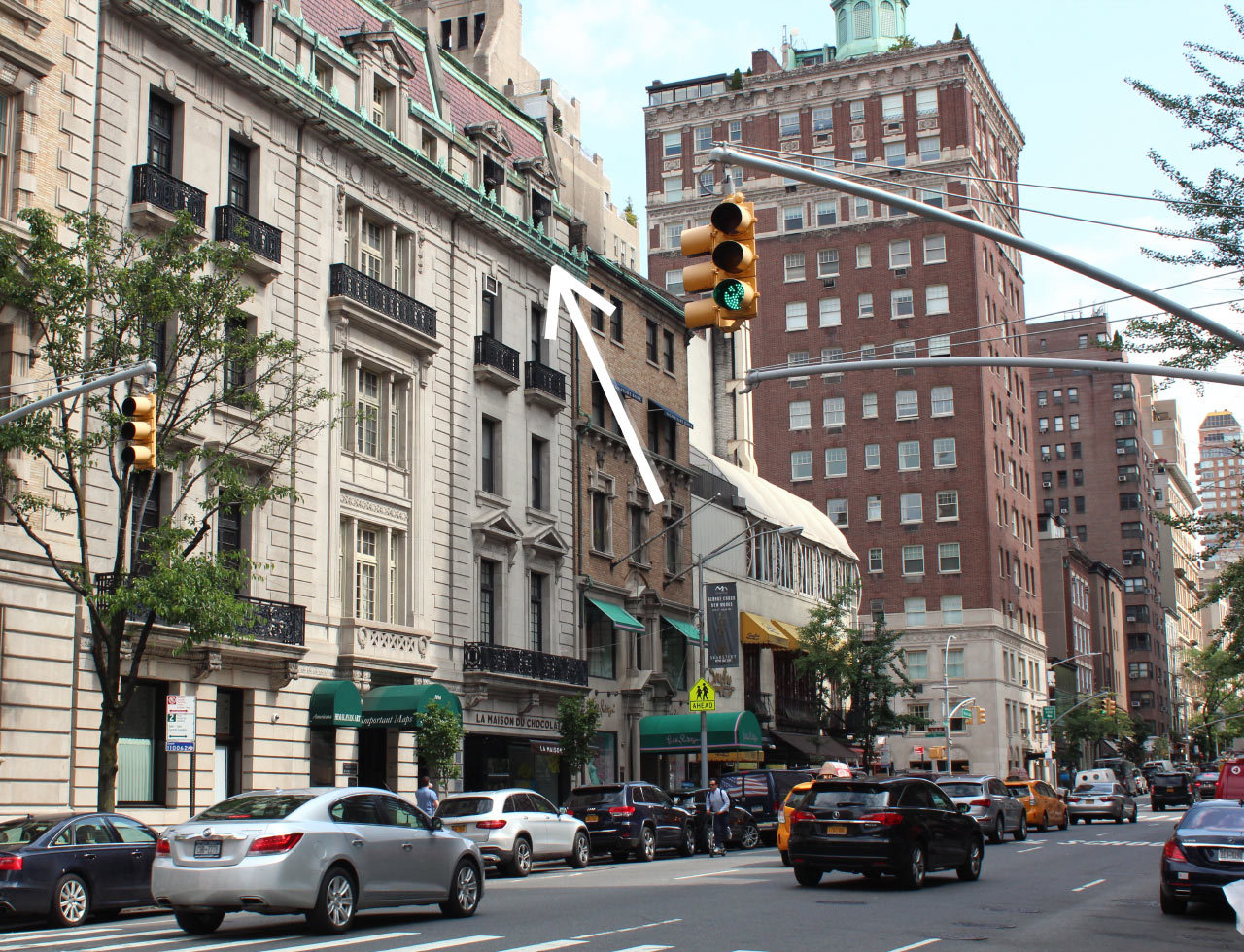 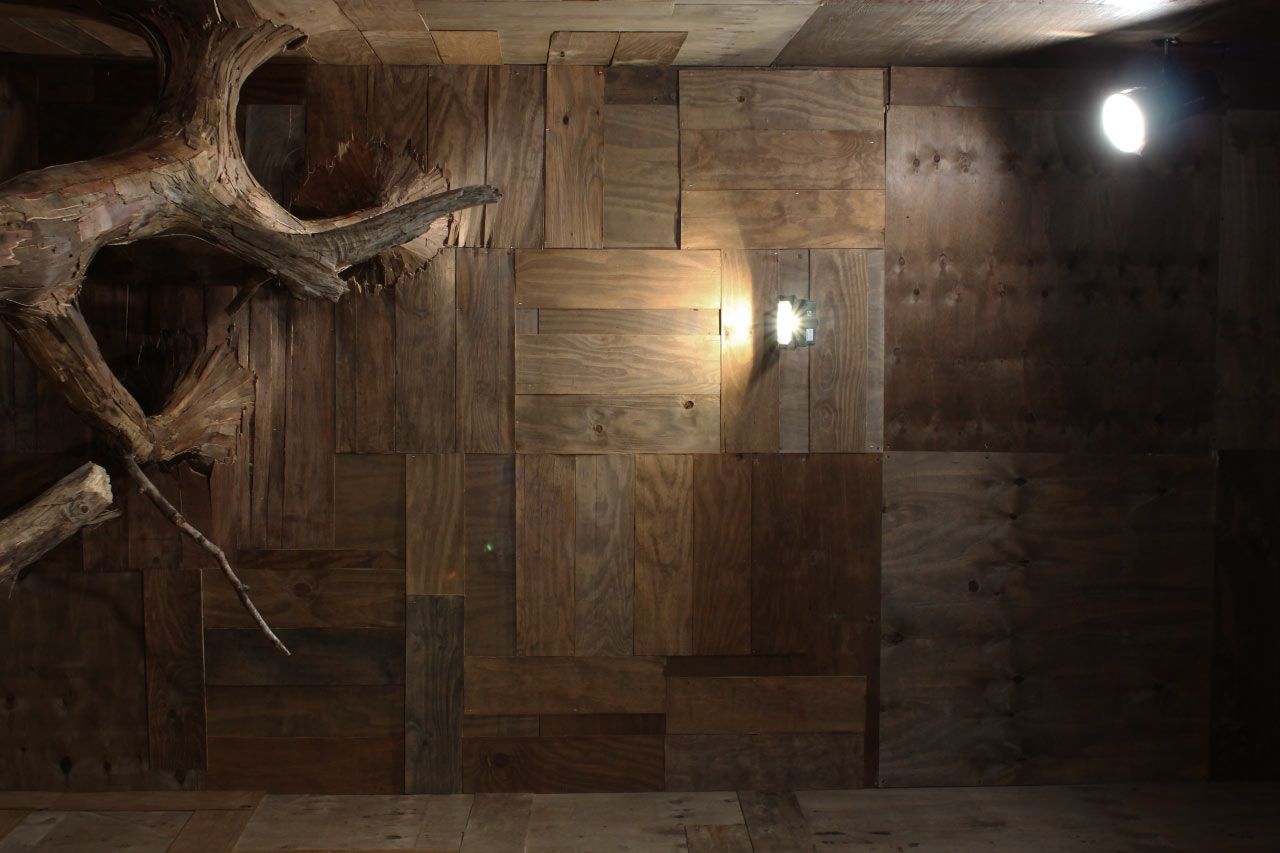 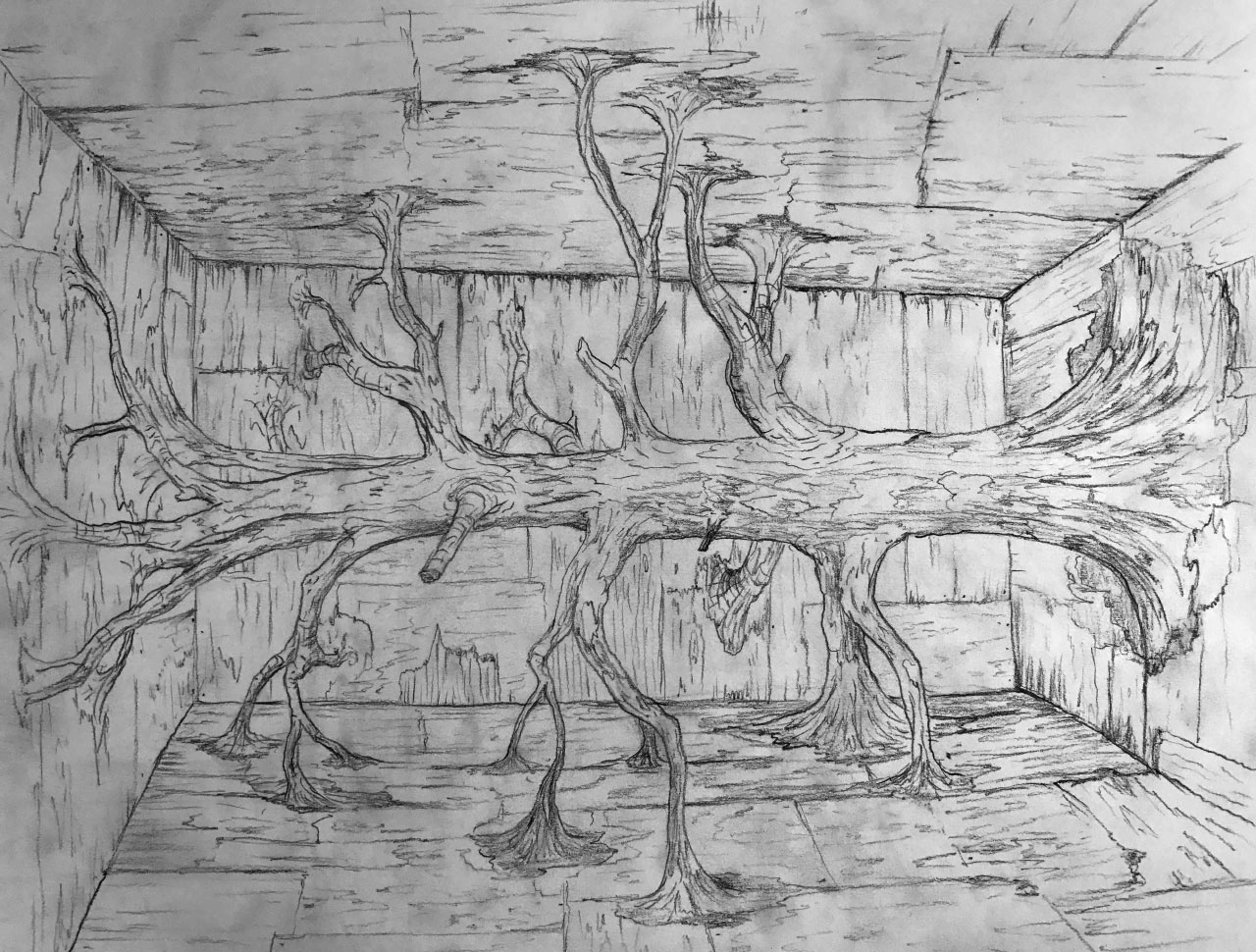 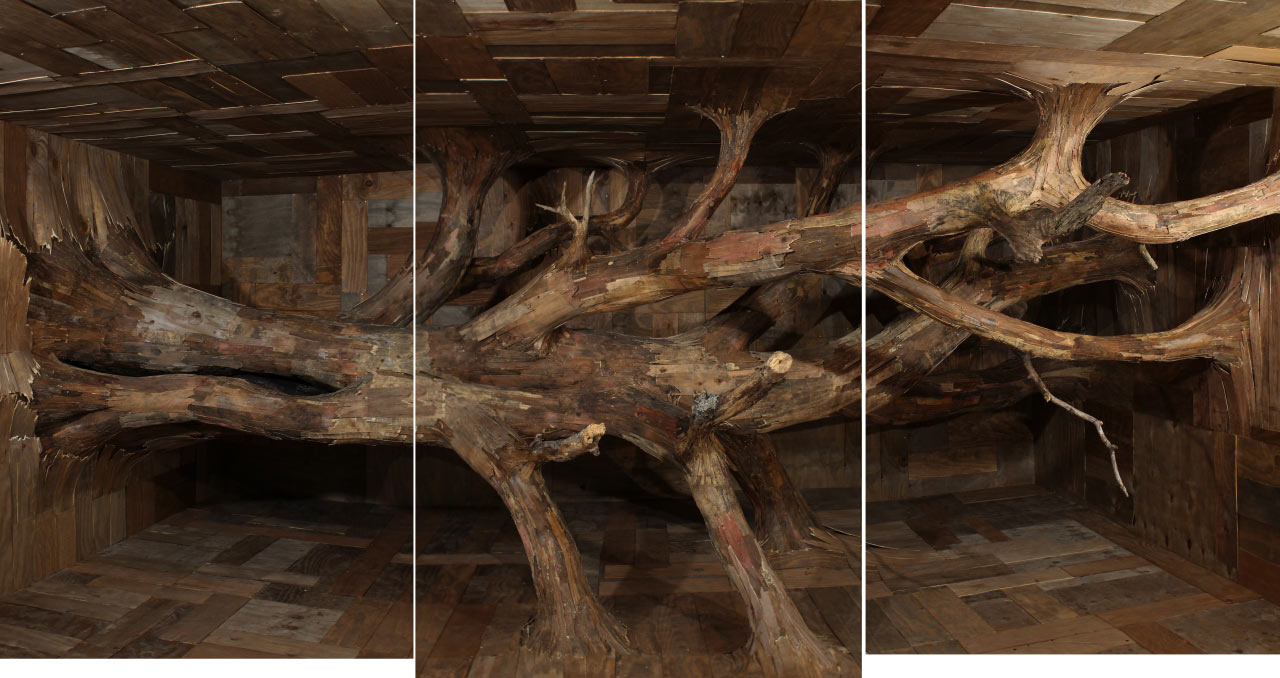 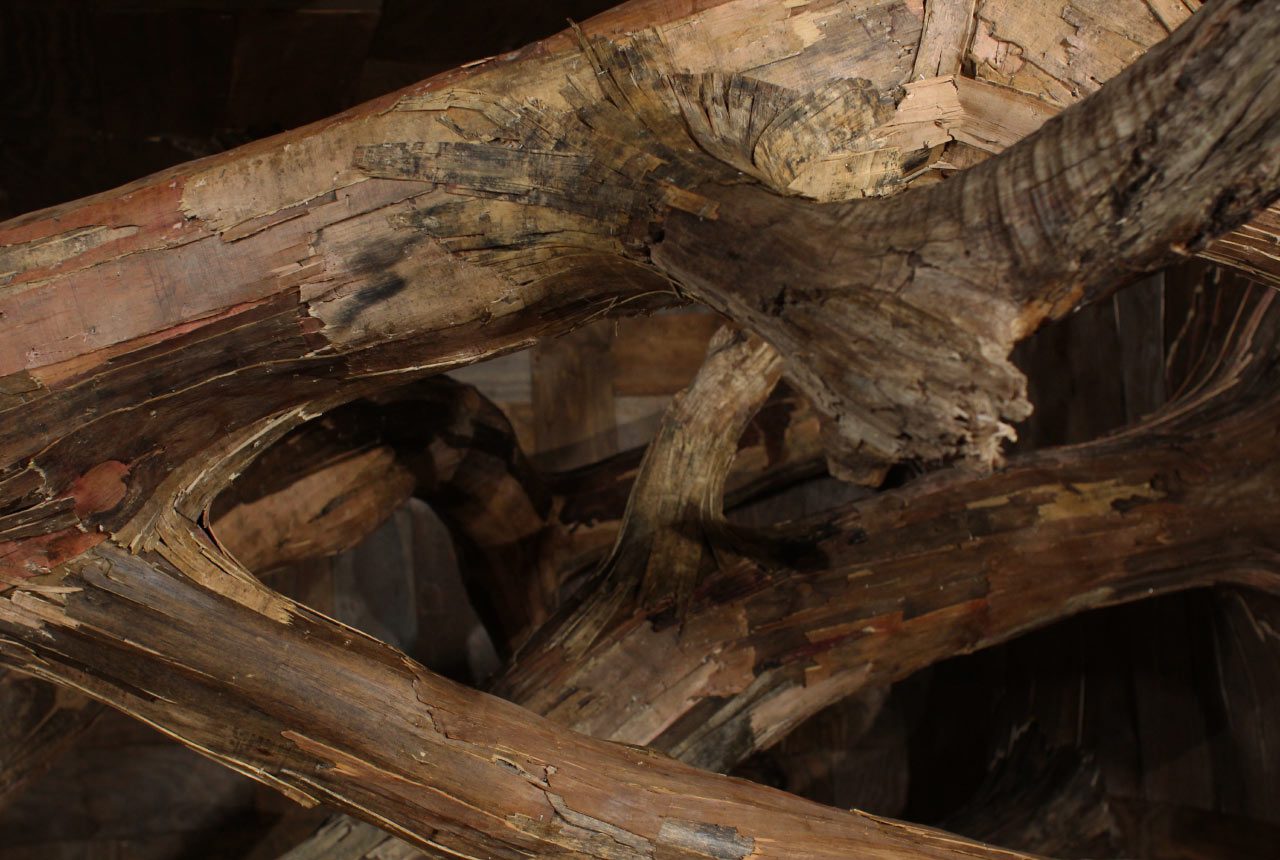 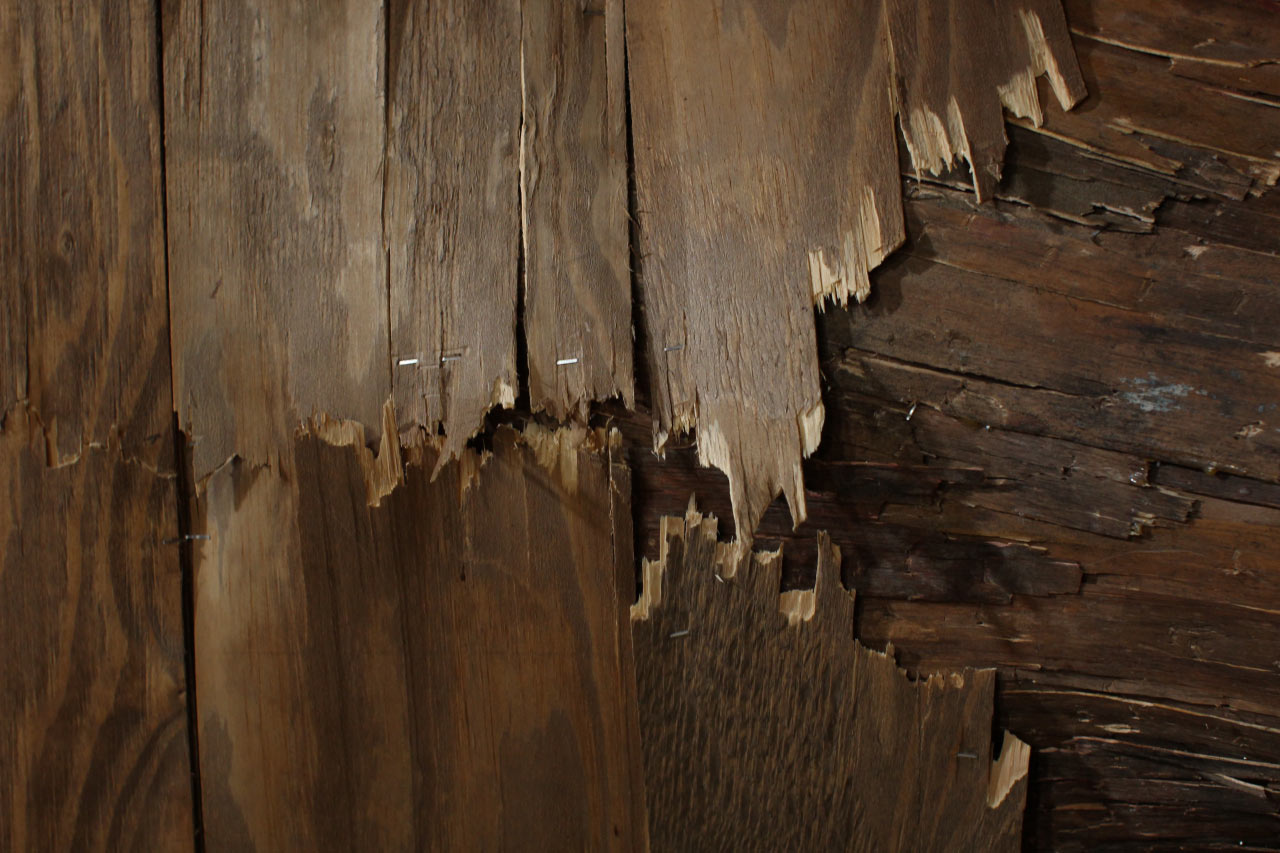 Artist Henrique Oliveira has been building massive organic sculptures for over a decade: The beam-morphing “Baitogogo” in Paris in 2013, and the house tumor-like “Tampumes” in Brazil in 2009. And FINALLY one of his sculptures has sprouted in New York City’s Upper East Side. And it’s A-MAZ-ING.

This single room installation is titled “Devir” – which, as the gallery notes, “roughly translates to the concept of constant change”.

Visitors are encouraged to enter the sculpture (you must crouch/crawl pretty low to get in the back – I recommend it), which feels less threatening and more wondrous.

And I LOVE the address. You will NOT find this in the typical Chelsea gallery district or the gritty/weird alleys of the Lower East Side. The one-room Van de Weghe Gallery is located uptown, on Madison Avenue, on the 5th floor! Warning: The space is only open Monday-Friday 10-6, and it’s one of those elevators that you need to open like a manual door when it arrives.

The ENTIRE gallery is covered in plywood, without a crack of natural light, as if you just went UP five floors to enter the basement. And as soon as the elevator doors open, you’ll be hit with the pleasant smell of “abandoned cabin in the woods”.

This doesn’t feel like a sculpture. If feels like a hidden weed in a concrete city… and it is absolutely humblingly beautiful.

David Behringer visits over 200 galleries every month to uncover and share the most exciting contemporary art in New York today. Subscribe to his exclusive weekly newsletter at www.thetwopercent.com and learn about his private gallery tours. And be sure to check out his YouTube.