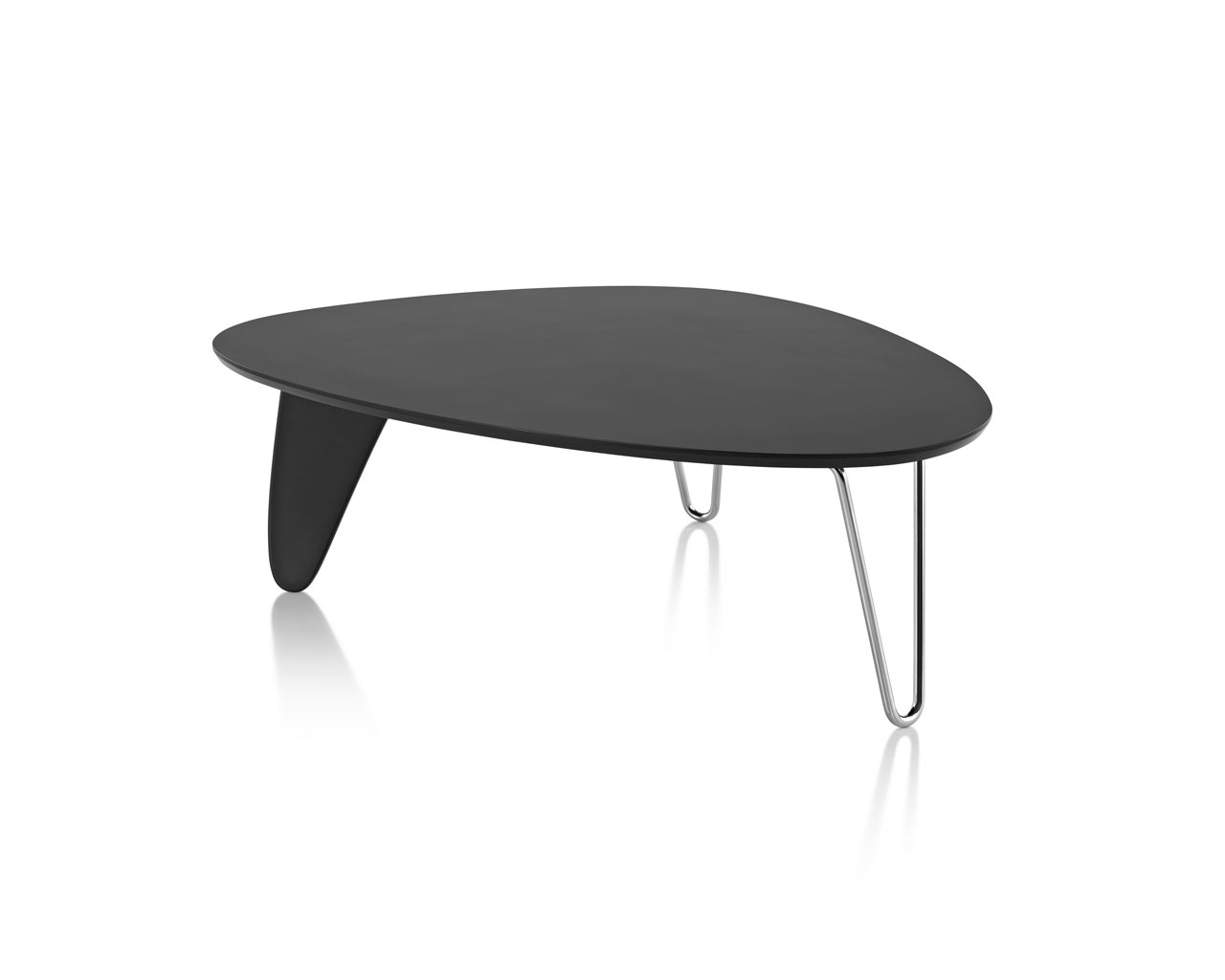 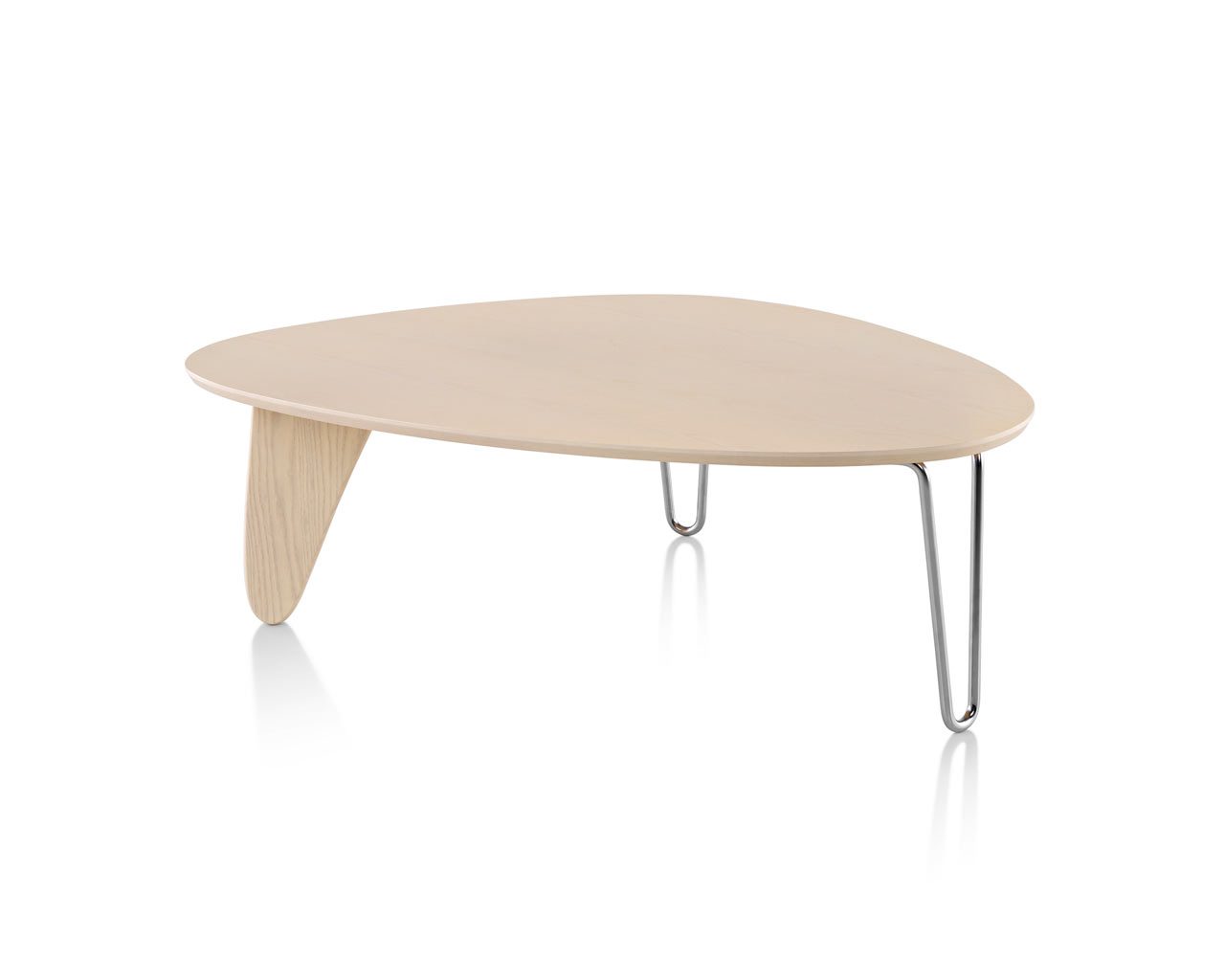 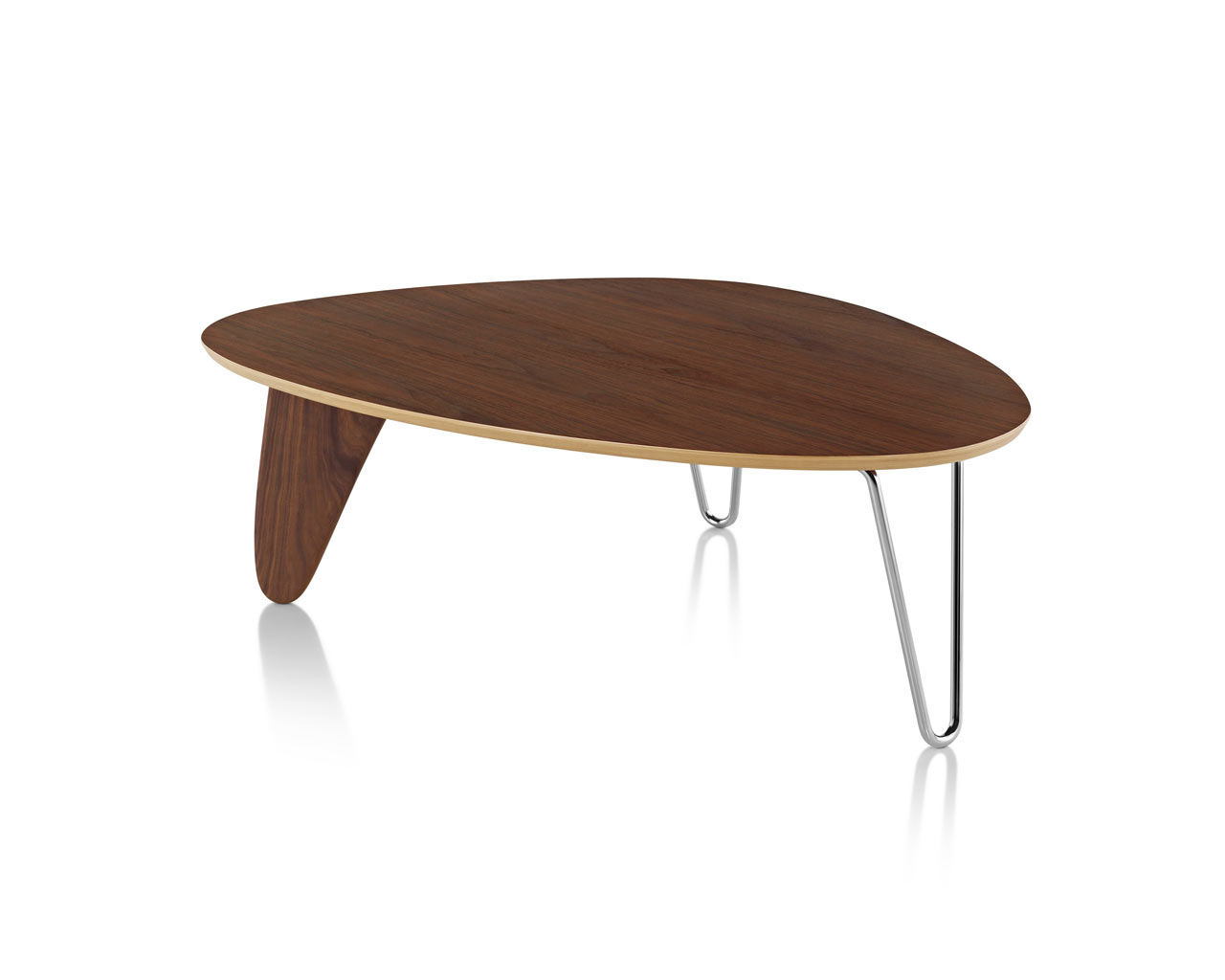 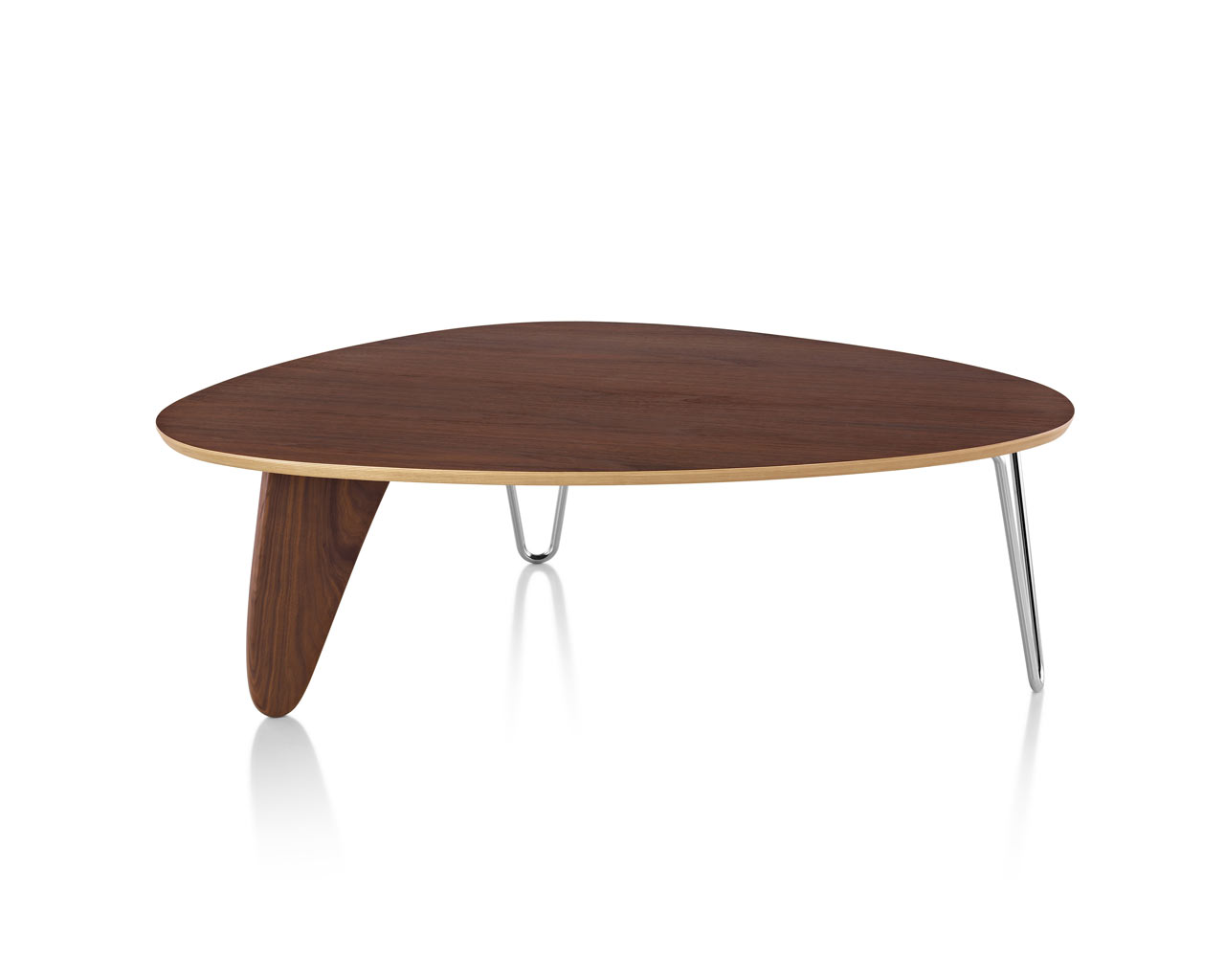 First released in 1949, the Rudder Table by Isamu Noguchi is being re-introduced by Herman Miller as part of their Herman Miller Collection. The Rudder table’s top is the identical shape and size of the glass Noguchi Table from 1947 that had a reintroduction of its own in 1984. That design has since become one of Herman Miller’s most iconic products and the Rudder is bound to do the same. 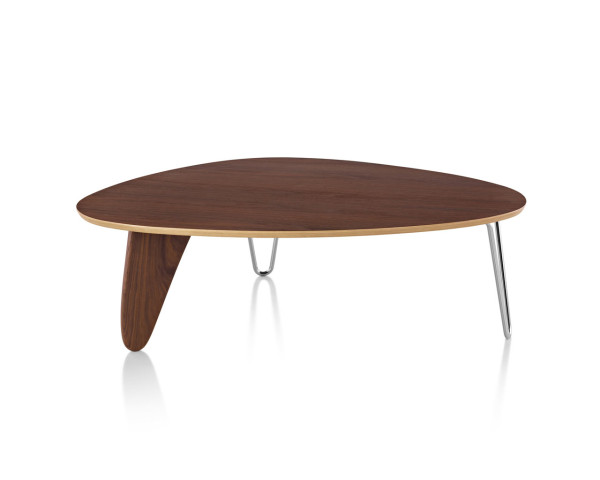 Its name comes from the rudder-like shaped wood leg that the table sits on, which is paired with two metal hairpin legs, giving the table a distinct sculptural look that Noguchi’s work is known for. 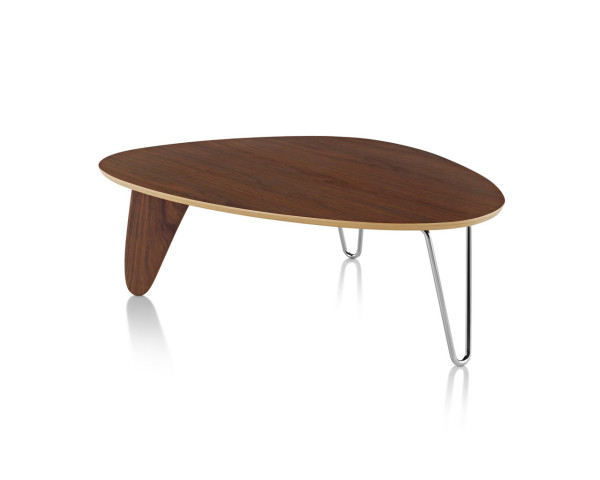 The Rudder Table is available in walnut, ebony, or white ash with chrome legs. 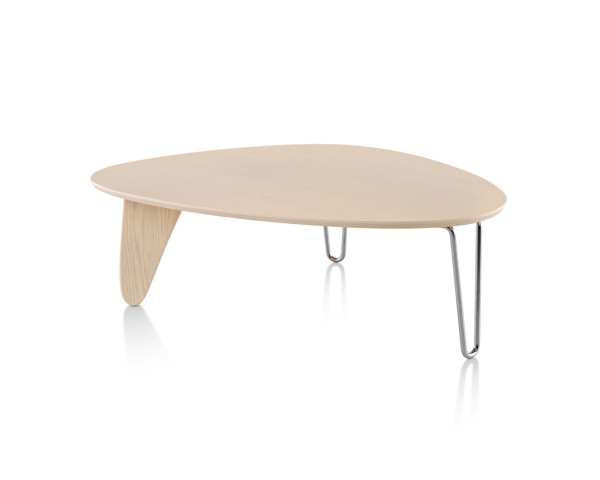