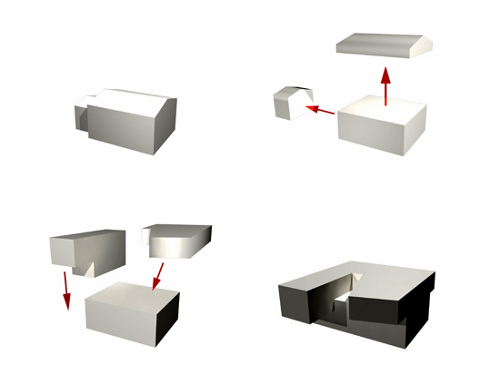 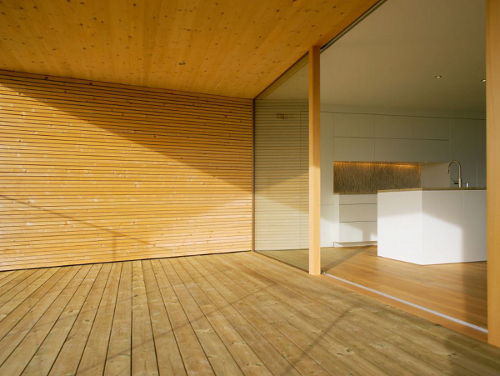 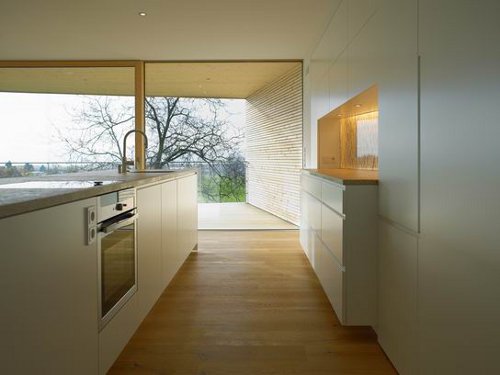 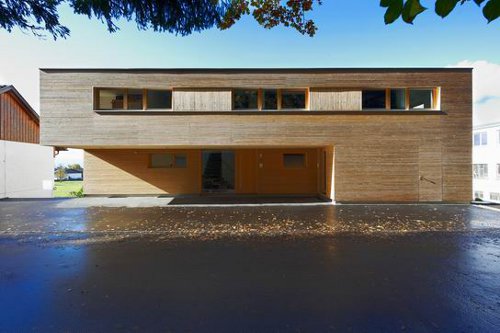 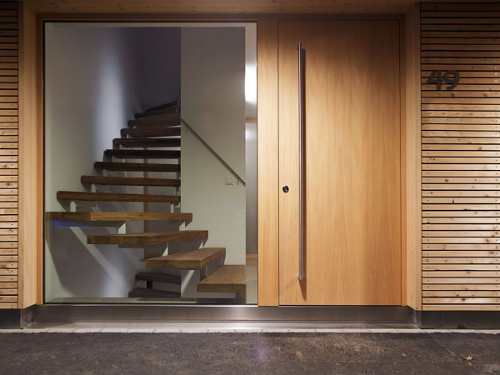 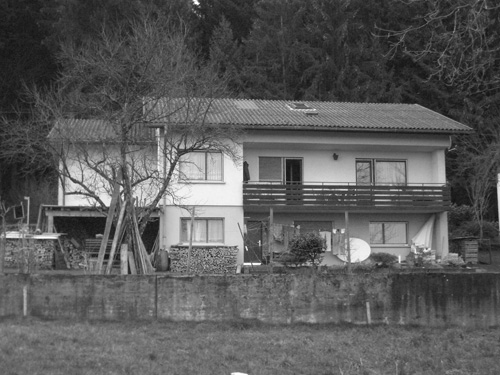 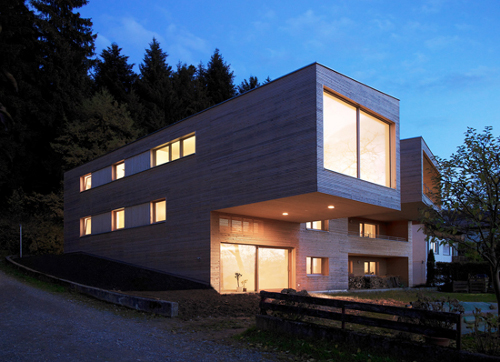 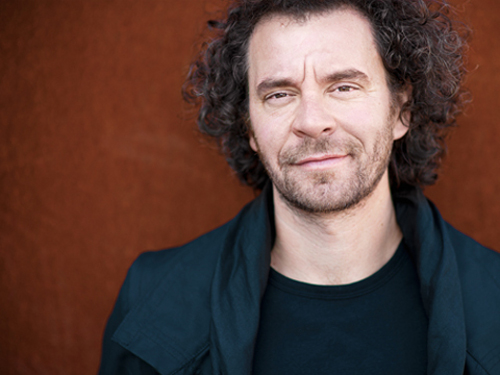 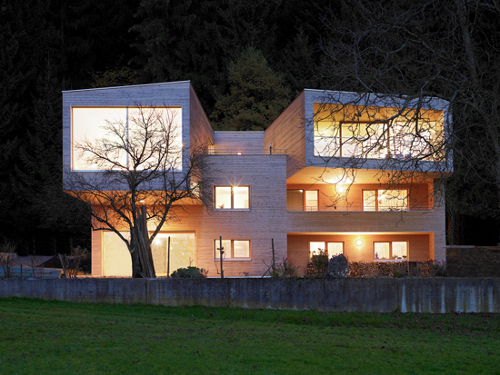 Born and educated in Austria, Juri Troy has become a powerful voice in modern architecture in a short time with his partner Matthias Hein, with whom he formed Hein-Troy Architects. Juri talks to us about his architectural priorities, the challenges and rewards of sustainable building, and combining traditional and modern design. Read ahead to learn more and get a closer look at the refreshing K3 House!

Tell us about your process.

Maybe I would characterize it as a mixture of traditional treatment of architecture by using materials like concrete and wood and also new materials, such as reused materials that were used a long time ago like sheep wool, or we’re using special insulation made from plants, etc. So a focus on sustainability is a very important part of our process. Another part of it is how we arrive at our concepts, and I think it’s based mostly on working with models and the very three-dimensional kind of design process.

What is the role of sustainability in your projects?

A lot of it can be explained by my origins — I’m from west of Austria, where there’s a long tradition of woodworking, and when you have a look at these traditional buildings in the mountains it’s obvious to see that people had to deal with what was available to them. So they were working with wood because it was growing there, it was easy to get and it wasn’t too heavy to carry around. Another traditional material is stones, which were used for flooring in basements. So Austrians were already dealing with these ideas of sustainability in a very pure way without even knowing about them. For example, even their energy concepts were quite clever — they had a need to use as little wood as possible during the winter because logging was very heavy work, so they were using central heating systems that transferred heat from one room to another as people moved through the house. For instance, the kitchen would get heated during cooking, then the family would move to the living room and direct the flow of heat to that room, and right above the living room is the bedroom to capture the rest of the heat via a small window in the ceiling.

What is the tradition of green design in Austria?

That was something that made us the subject of ridicule for decades, because from the 50s to the 70s and maybe 80s people weren’t dealing with this concept and weren’t interested, and now that this topic of energy efficiency and sustainability is getting more popular, we’re trying to get back to this very simple use of energy and reduction of energy, and with newer concepts of technique. In terms of house technique elements — it’s always something that should be a part of the concept of the house, but it shouldn’t be the most important part of the home. It’s still very important to have atmosphere and develop a poetic space inside and out, and we strive to combine that with sustainable design.

I’m sometimes asked, “why does this building look this way?” or “did you know this building would look like this when you started your design?” and I say I never know how the building will look when I start the design because there’s always some kind of process that is influenced by the client, the sites, the decision about the material. I’m often myself very surprised about the form that comes out of this process, and the most interesting thing about this is that sometimes if you just take very simple elements and you just use them in a little different way than you’ve seen before, you could create something completely different. I think it’s not always about using completely different elements and the newest techniques but to just take the things that you have and use them in another way.

I particularly enjoy the asymmetry in your designs.

That is something that is coming from the design and from inside out. In the design process you need to first consider the needs of the client then work from the inside out. For example, if you go the other way and design a building with windows, you will have to order the different rooms in relation with the windows. What we are doing is completely the other way around – we are just putting the rooms freely in space where we would like to have them rather than where would we want to have the connection between inside and outside. And what it influences is the way the building looks into the outer space, because it’s like the eyes of a person, this part where the inside and outside are connected. If you’re trying to put the windows where they should be just to make it follow some kind of idea of what a building should look like, then often the windows are just in the wrong place. But if you see it the other way around – you have the space and you want to put the window just where you think it should be, then the building shows it in a completely different way to the outside. I think that’s something that has to do with honesty – like not trying to show something that is not the way inside.

What architects inspired you and what inspires you outside of architecture?

I think these two questions are quiet similar to me because I’m often influenced by nameless architecture. I try to travel at least once a year, and I often see very interesting design elements in these places that influence me quite a lot. Then you take these ideas and inject them into your own work. Also, in the connected parts of art I find a lot of inspiration for the design process.

A few years ago it was not so important to focus on energy efficiency and sustainability, and I don’t know how it is in the States, but here in Europe, especially in Austria, Switzerland, etc., it has been a very strong topic in the last five to ten years, and people are getting more used to the idea that architecture isn’t something that’s just against the environment, but can also be a very positive part of it, and therefore I think it is quite important to make this kind of change of thinking go around the world. Because maybe if you just change the idea of housing for example, you could change a lot of how the environment is treated.