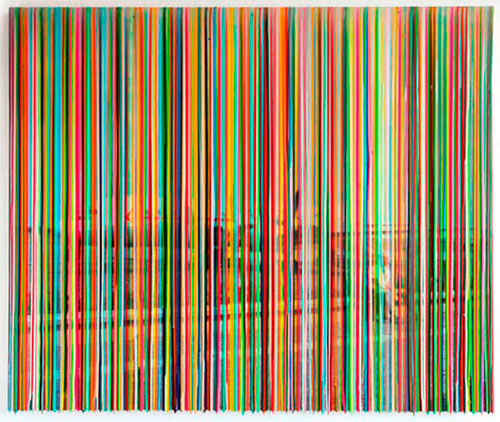 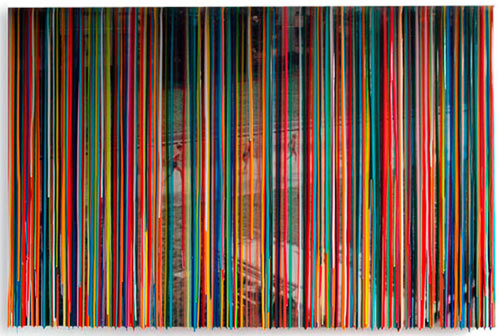 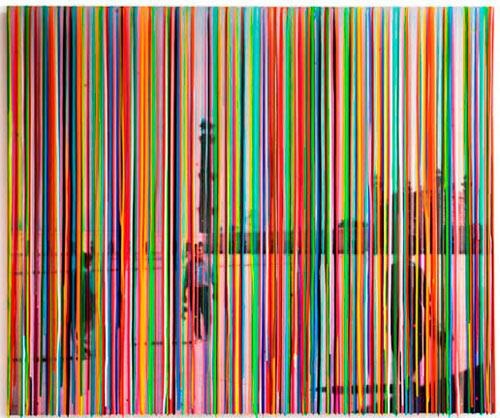 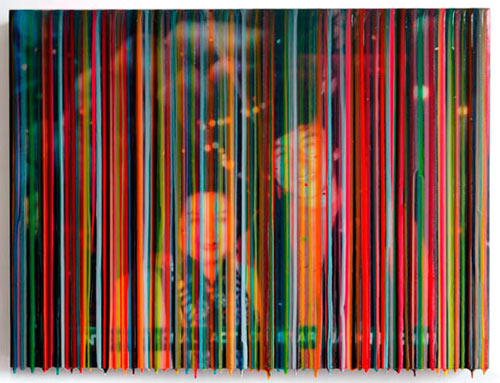 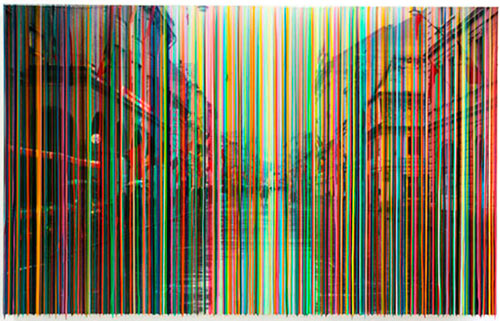 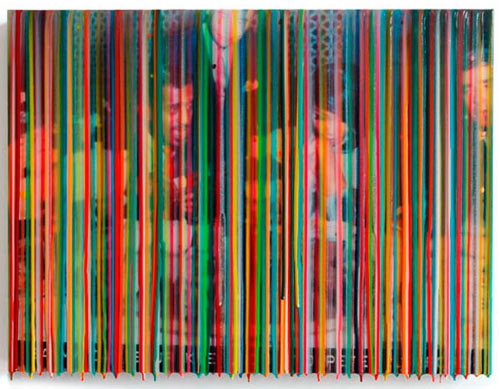 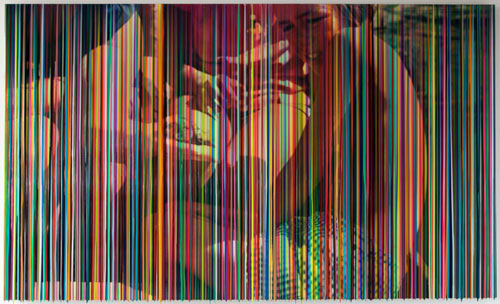 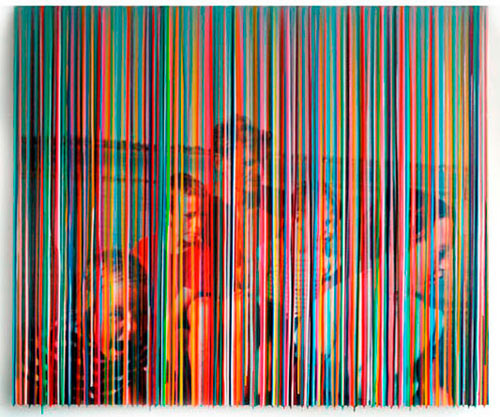 The Photo Drips series, by German-born, Brooklyn-based Markus Linnenbrink, is pure rainbow-colored goodness. His pieces are positively dream-like and are explorations in color and texture all rolled into one.

This series, pigment-tinted epoxy resin on photo-mounted wood panels, allows for brief moments of the photo to peek through the vivid paint lines, almost like memories fading in and out. The dripped lines of resin down the front of the panels appear like raised ridges that create depth throughout each piece. I love how the drips of resin have dried at the bottom of the panels like they were ready to drip off onto the floor. His work is simply mesmerizing.