MI Guitar by Magic Instruments Can Make Us All Guitar Heroes 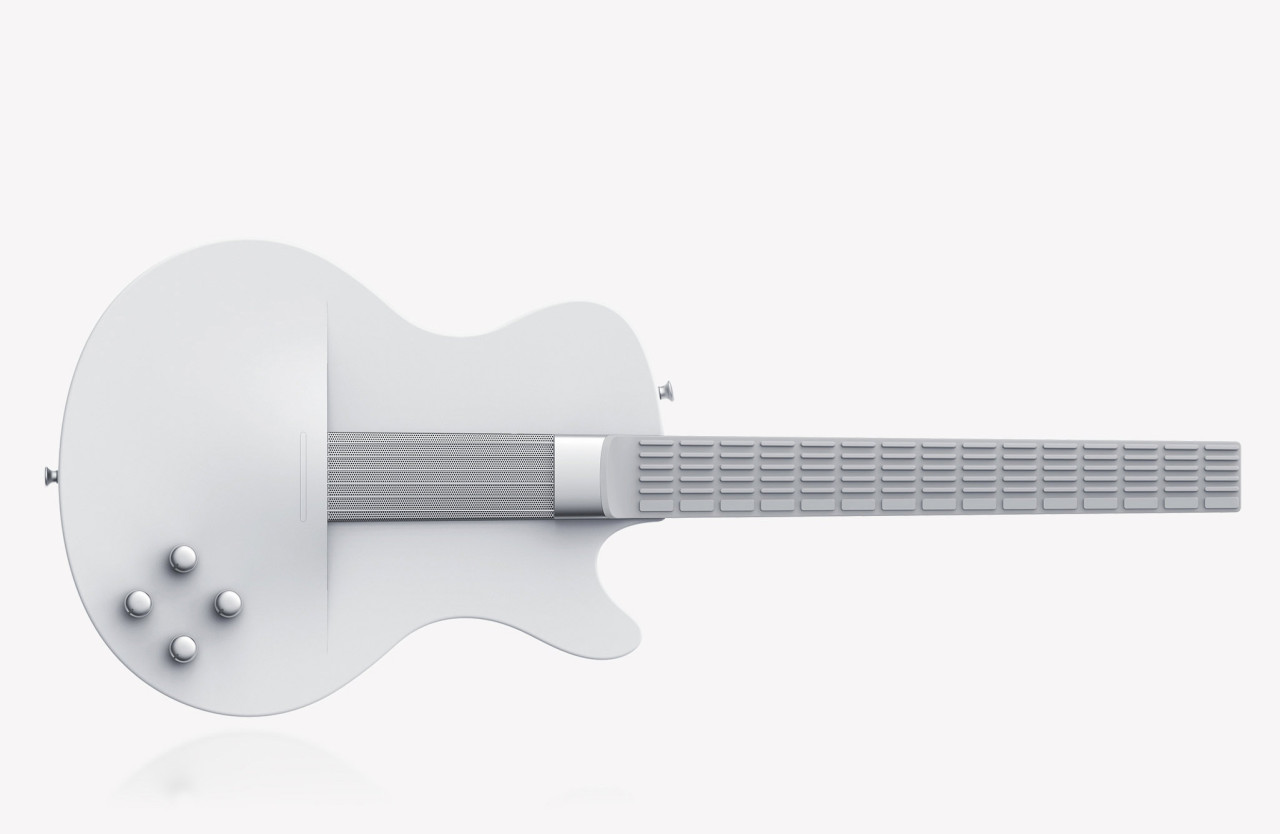 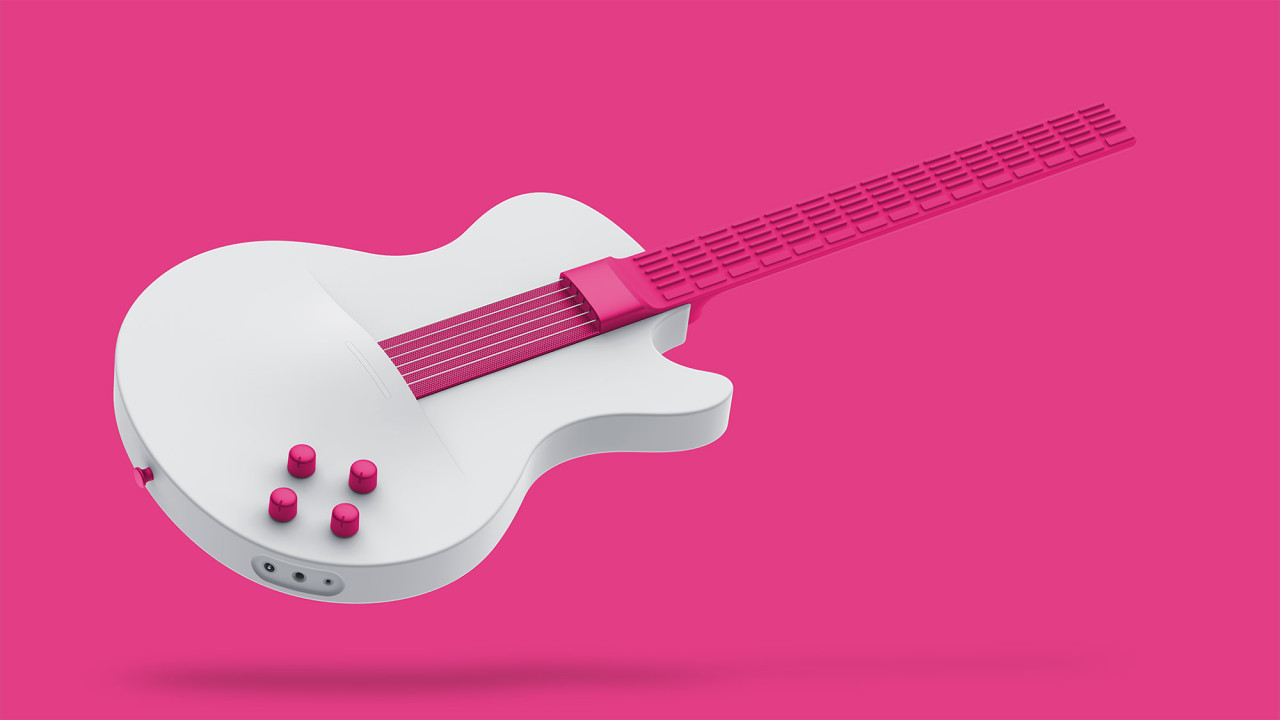 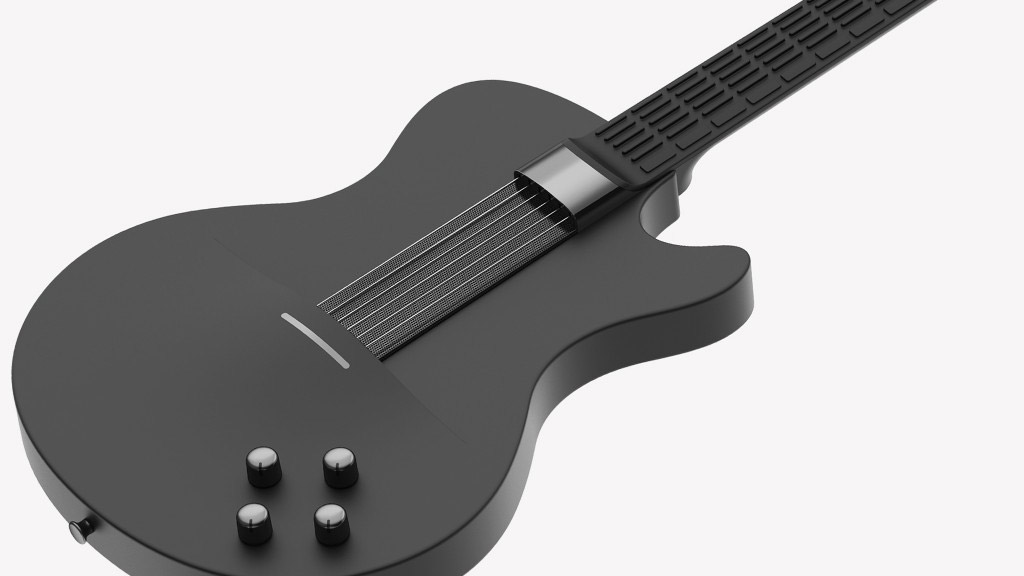 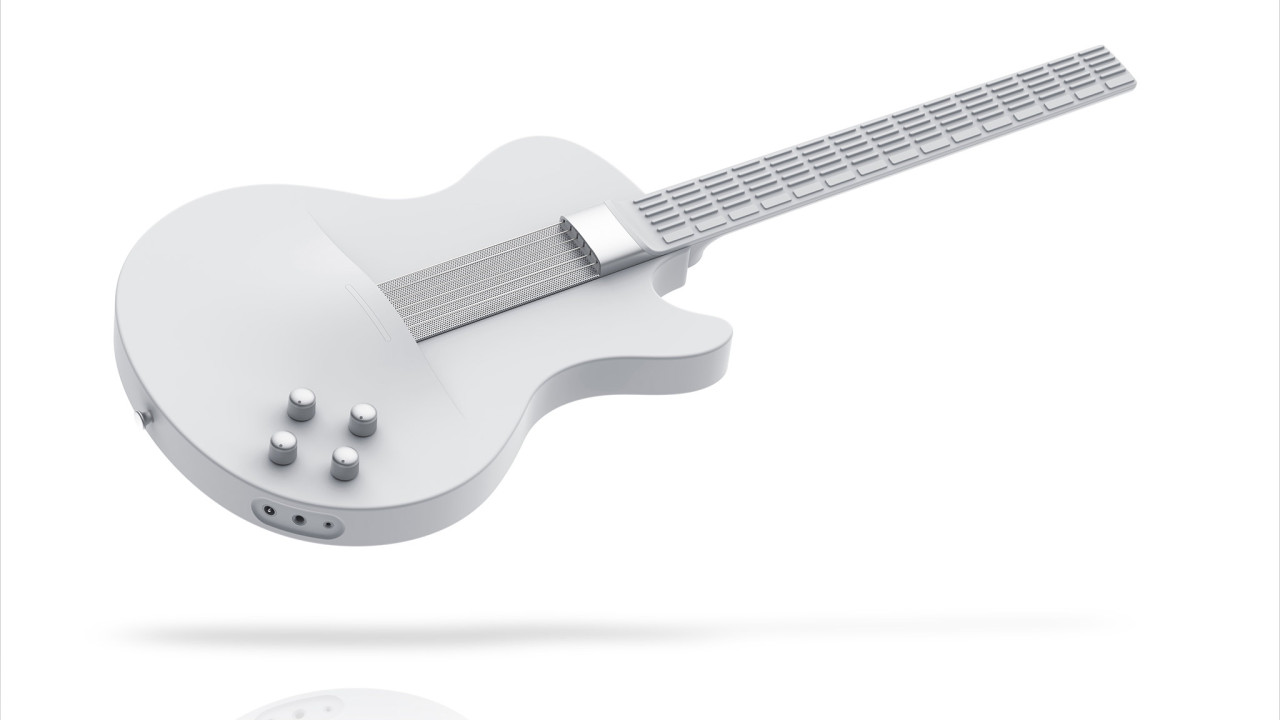 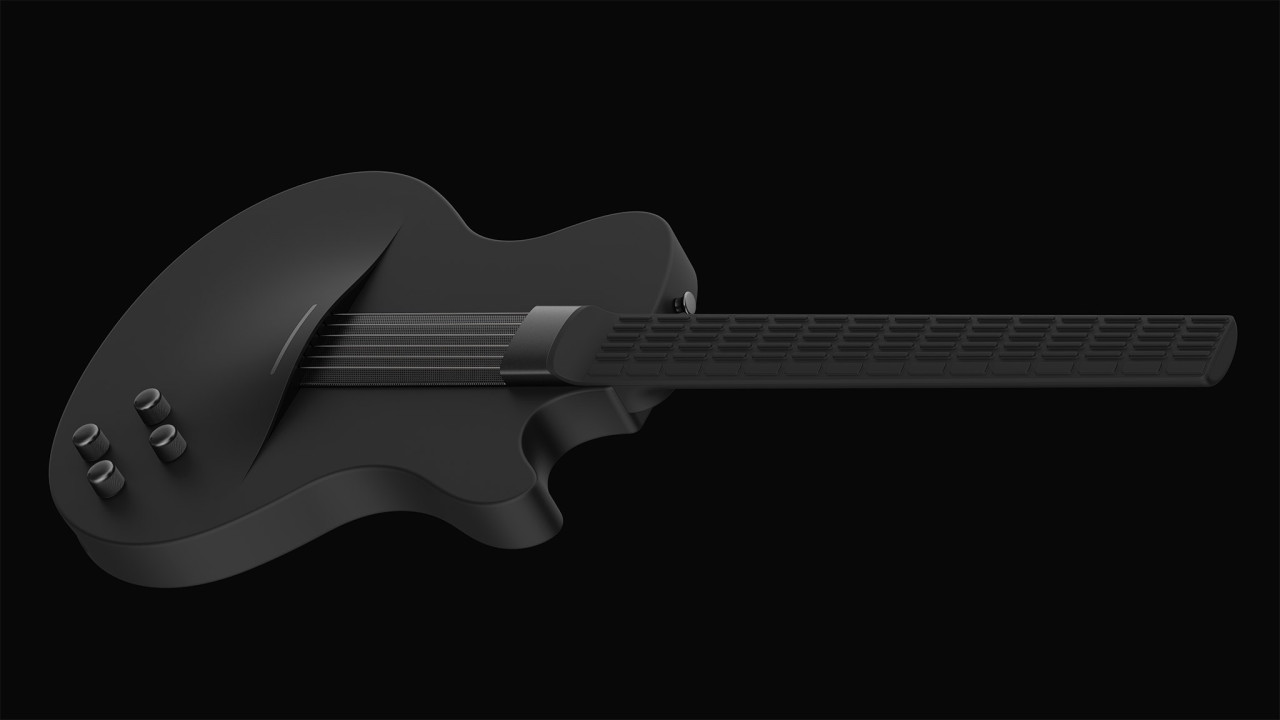 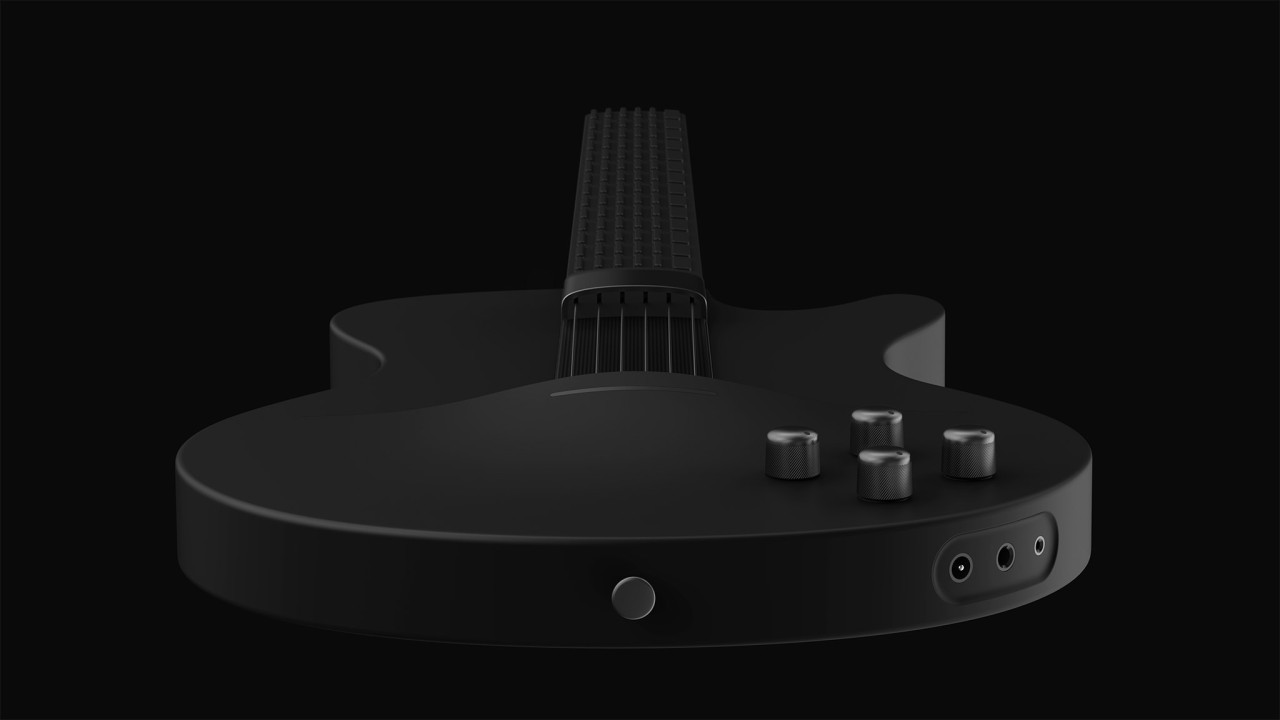 Remember a few years back when everyone – even your young-at-heart grandmother – was playing Guitar Hero? We’re not sure how many of those play-by-numbers “guitarists” eventually graduated to strumming a real guitar, but looking back now it seems like it was prescient of what was to come: the MI Guitar by Magic Instruments. 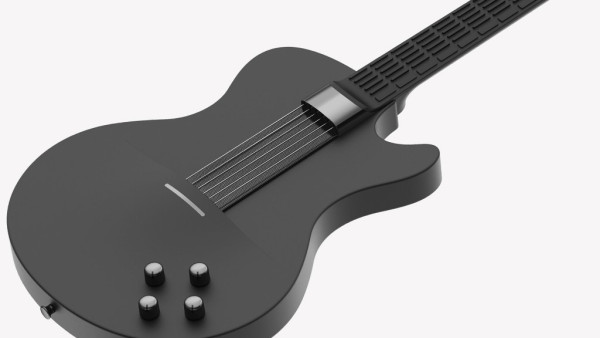 Designed as a genuine musical instrument fashioned after the electric guitar – albeit simplified into an almost iconographic form – the MI Guitar is the instrumental equivalent of a plug-and-play experience, a device engineered for near immediate satisfaction instead of frustration.

San Francisco design firm Ammunition kept the classic silhouette of a guitar as a foundational form, integrating complex software with musical intelligence developed by Magic Instruments with a simplified user interface. The results are an electric instrument anyone can pick up and strum to their favorite songs in minutes, all without musical training. 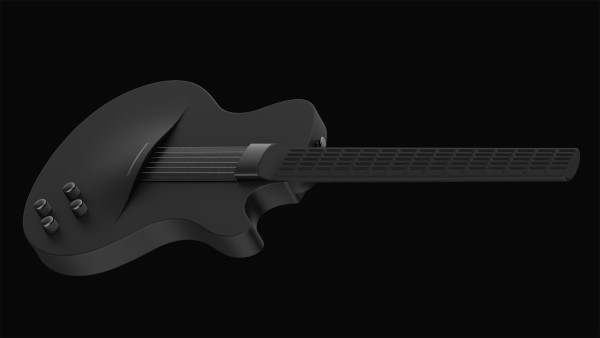 The neck of the guitar continues into the bridge, creating a single connection point for strumming and changing chords. 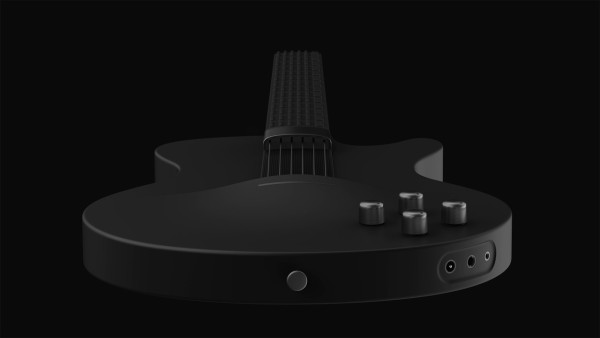 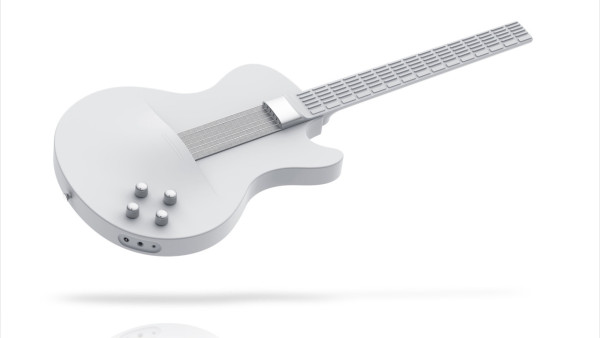 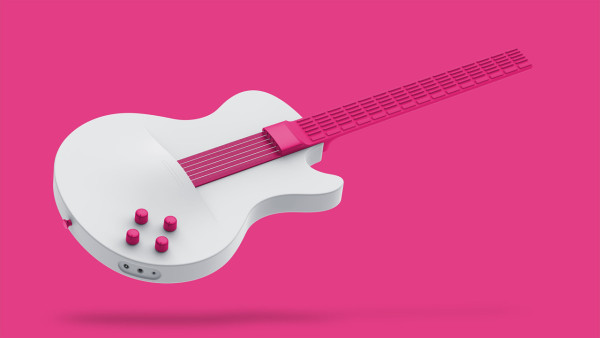 Of course, this being the age of connected devices, there’s also a companion mobile app for both iOS and Android users, each containing a catalog of thousands of popular songs for MI Guitarists to download and use as the equivalent of sheet music. The eventual experience lives somewhere between the simplicity of a guitar-based video game and a real electric guitar (leaning more toward former than latter), a pretty cool entry-level digital music device which gives everyone the opportunity to graduate from air guitarist to music maker.

The MI Guitar is available for presale now on Indiegogo, and the first products will ship by early 2017.