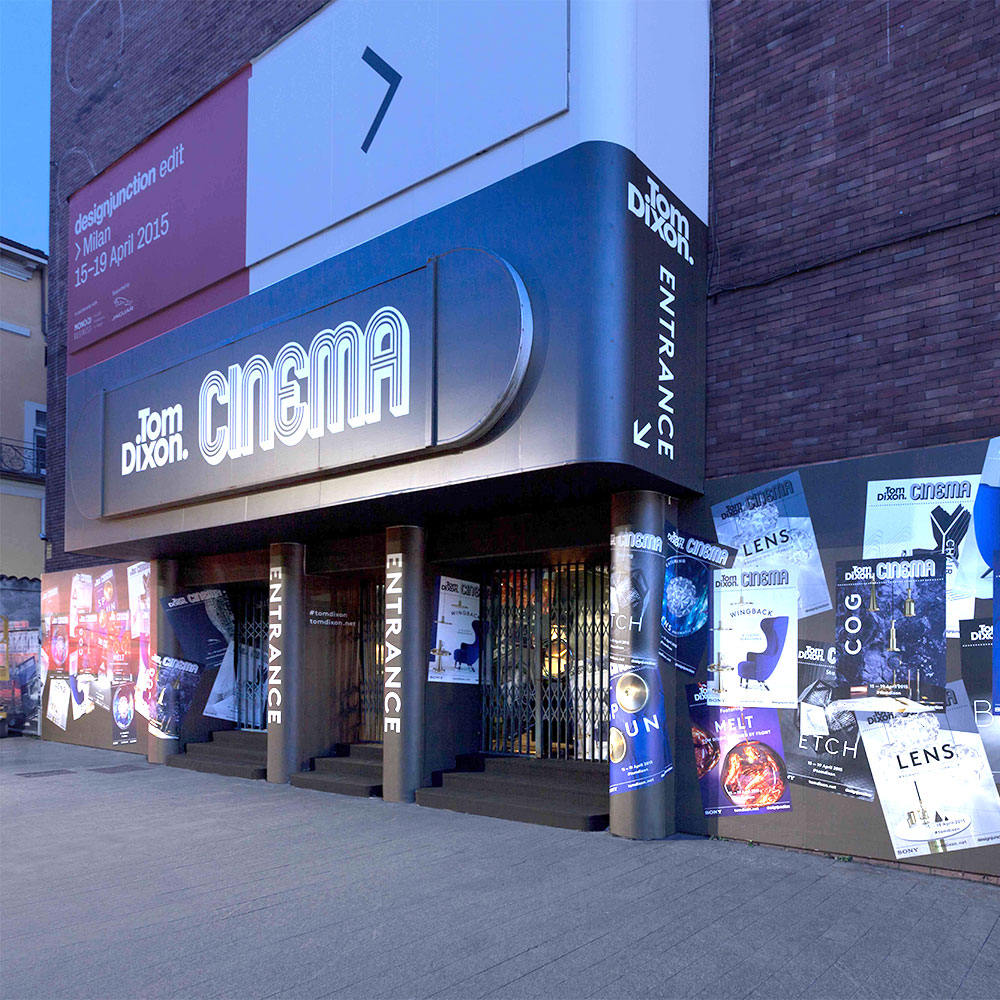 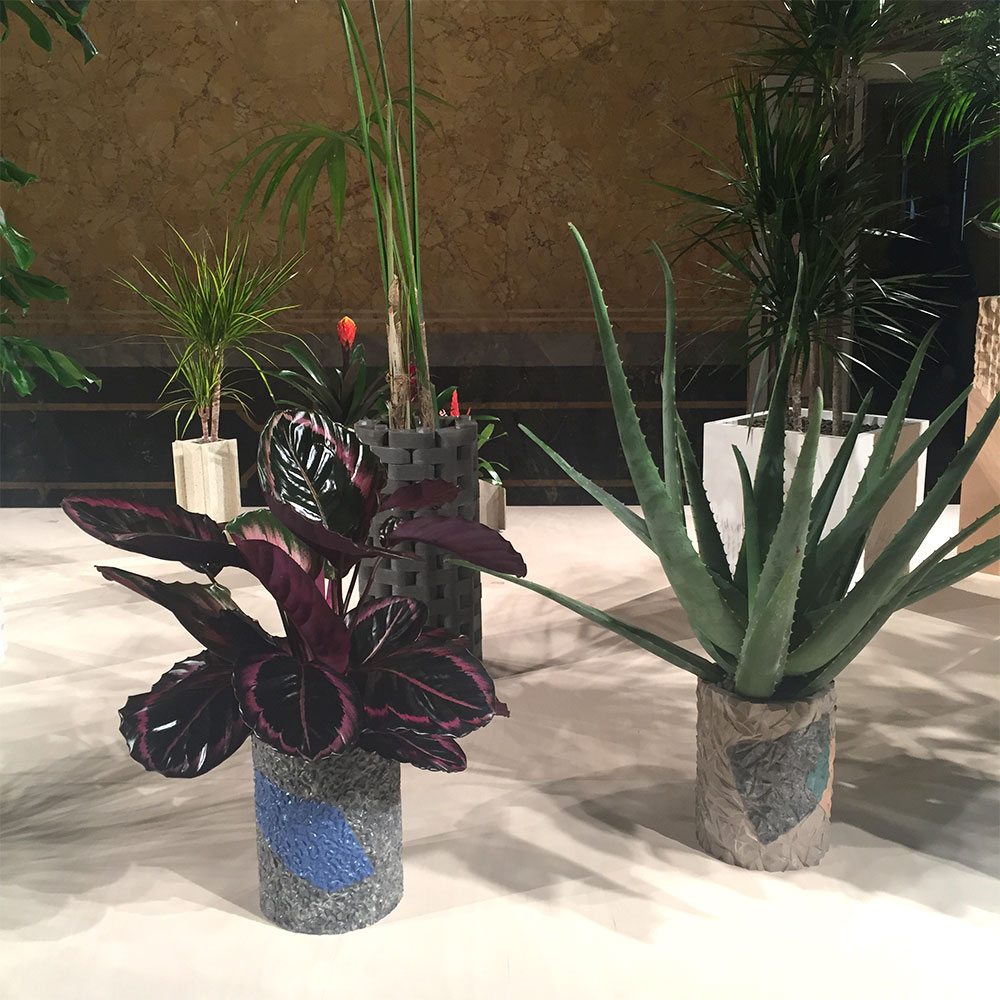 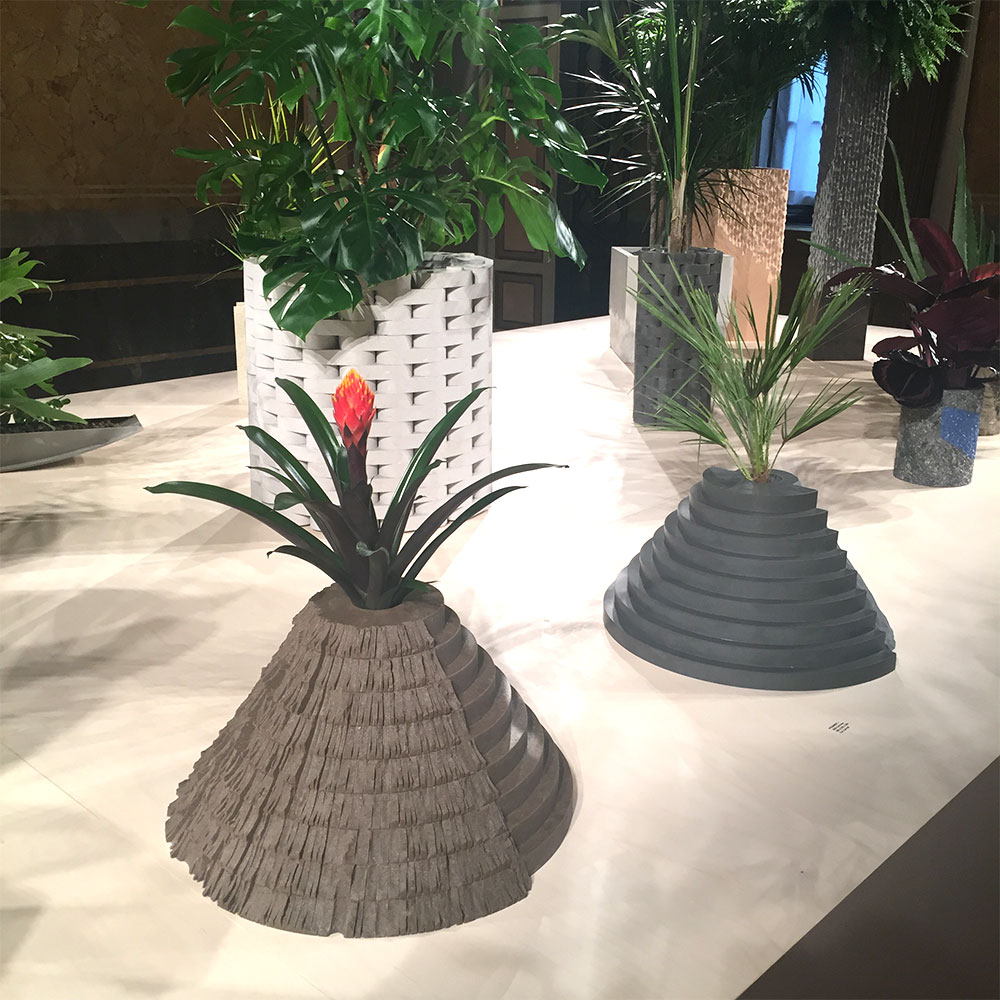 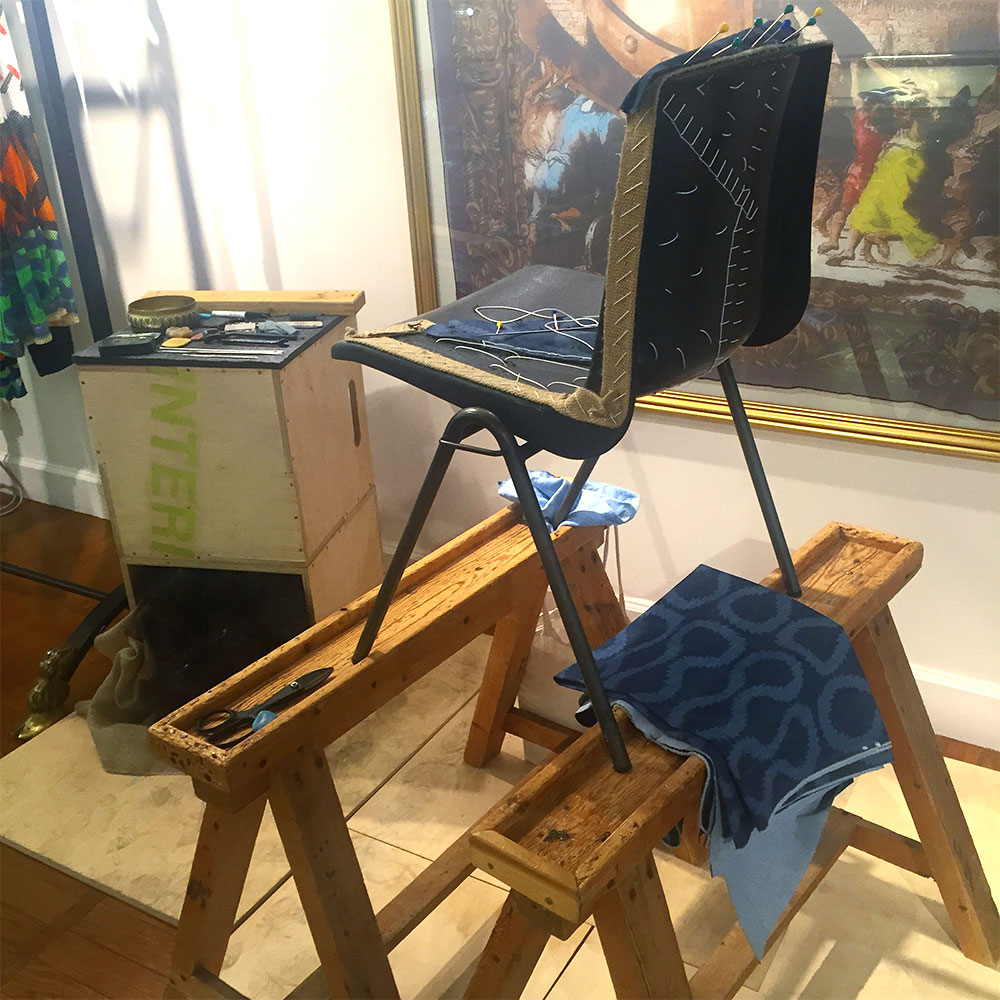 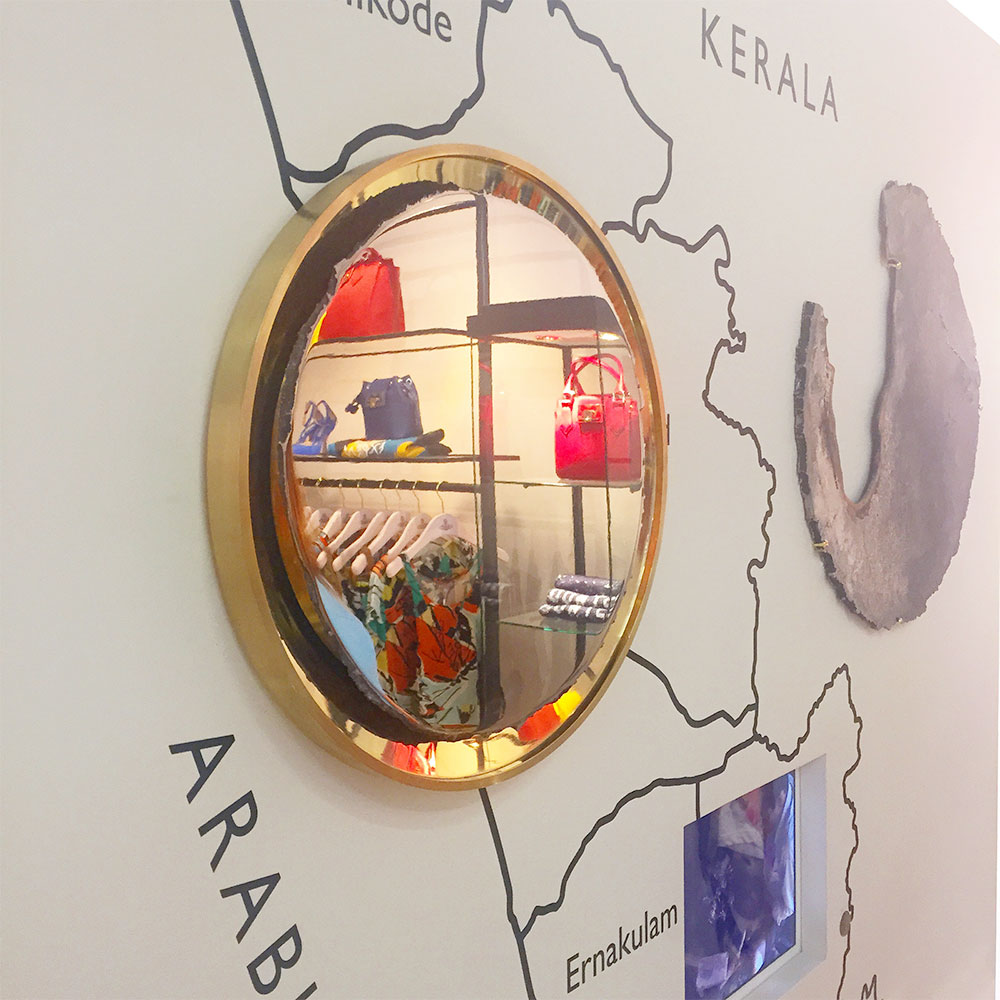 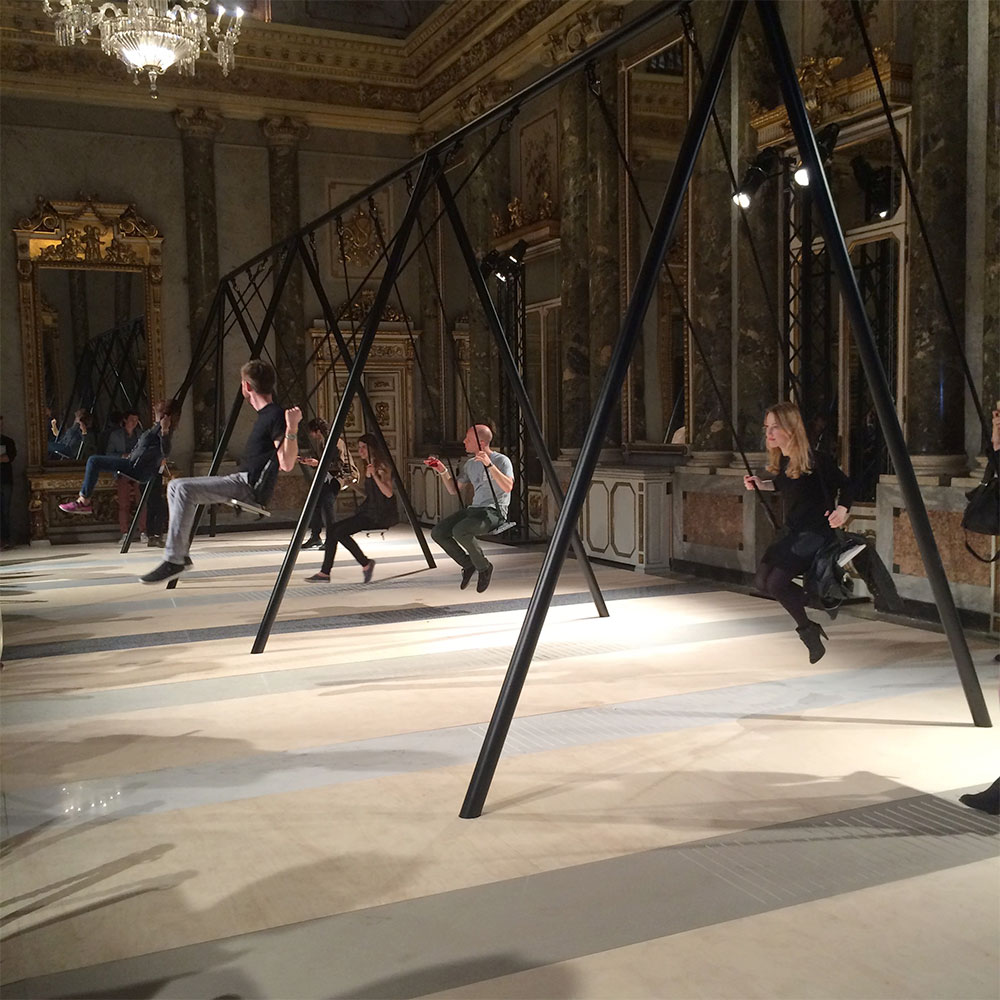 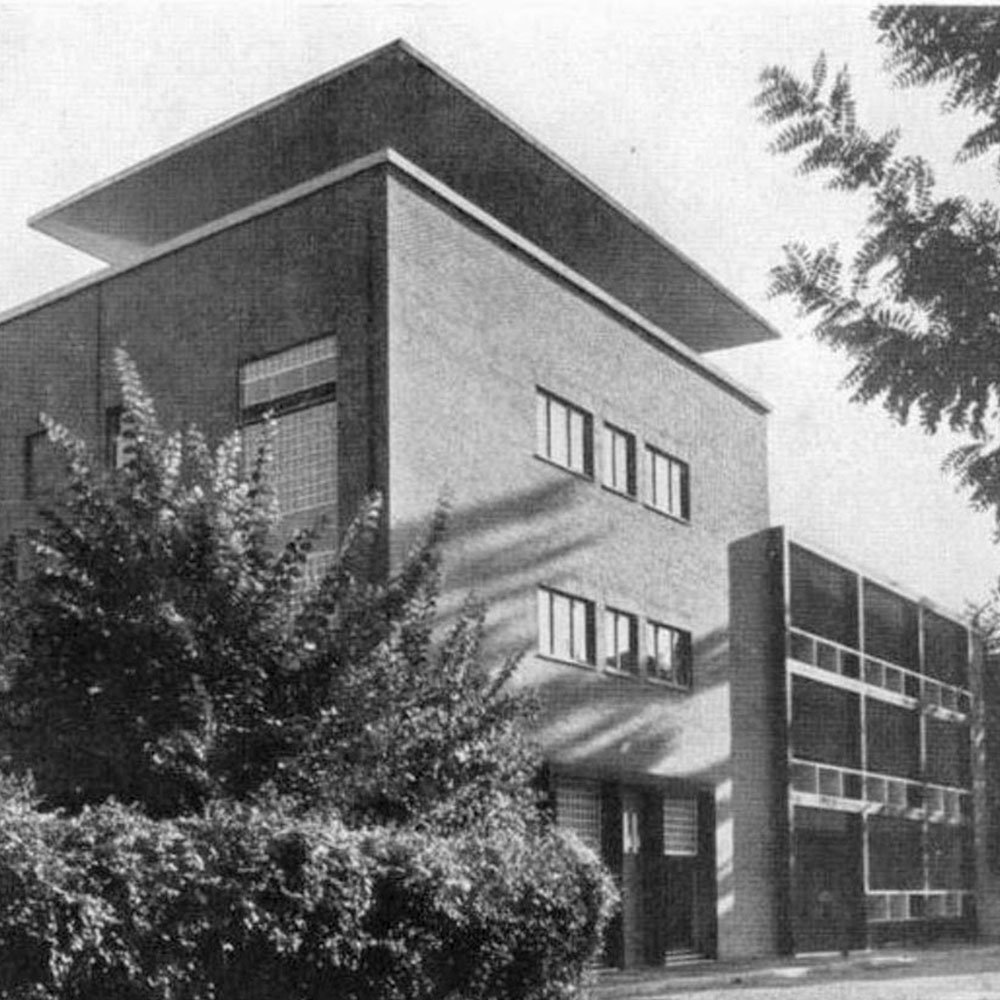 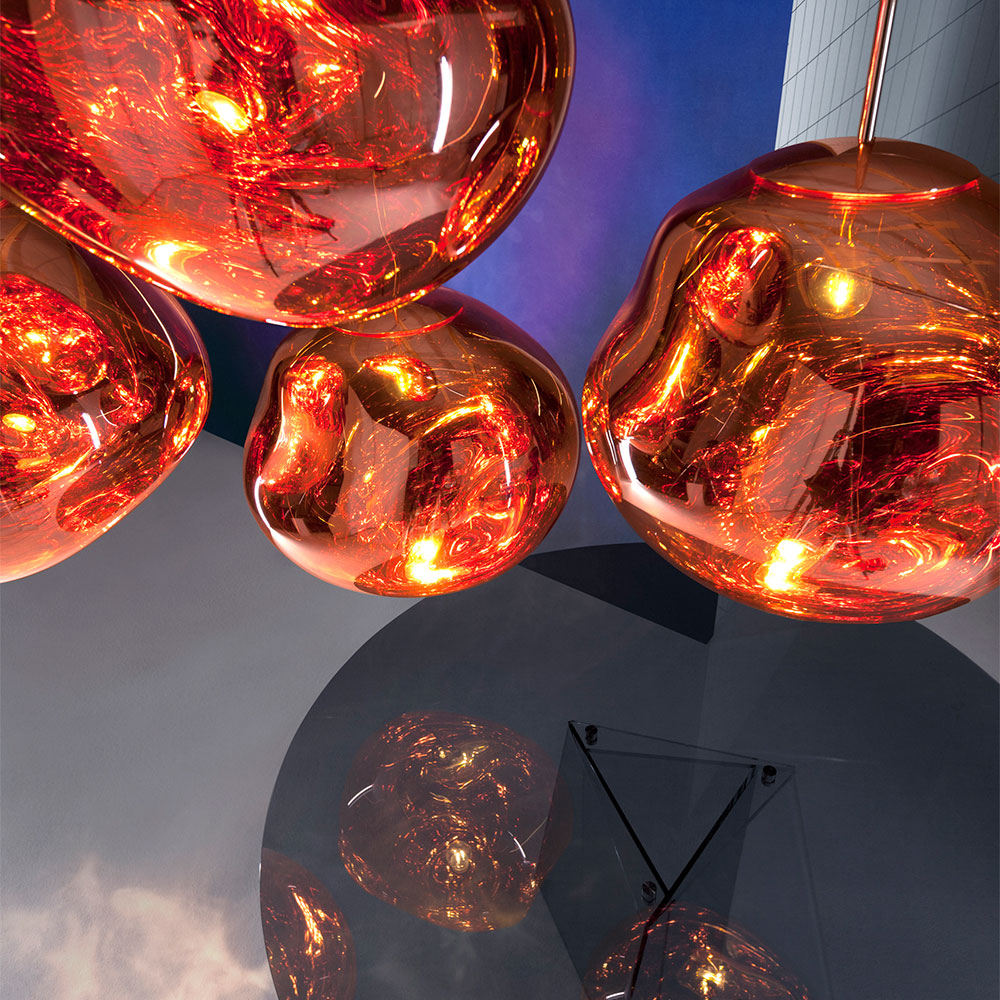 Next door to designjunction, Tom Dixon found a converted cinema and decided to put on a show – a performance from his newly formed rock group, Rough, set the tone for Milan’s newest and most playful design quarter. Dixon, on bass, was accompanied by Bezar founder Bradford Shellhammer (formerly of Fab) on vocals, publisher Robert Violette on drums, and ‘Steph from accounts’ from Dixon’s own studio on keyboards and vocals. 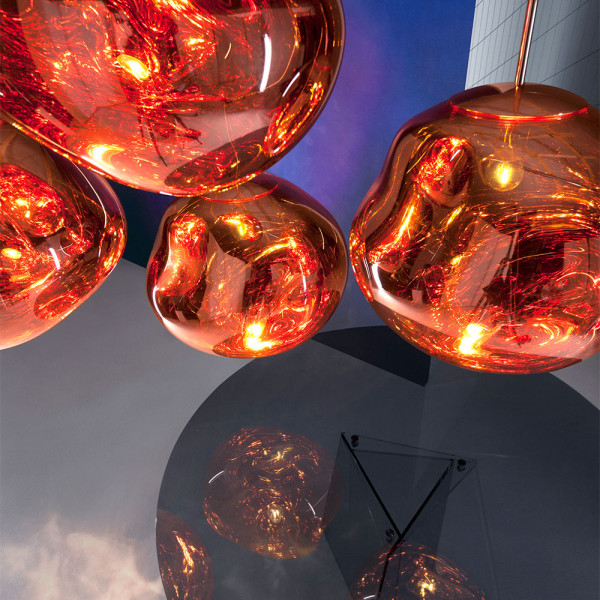 During the day, the space was filled with the British brand’s usual cornucopia of copper, brass and bronze accessories, lighting, and furniture. New products, including wingback chairs and ‘hallucinogenic’ lamps, were available to buy directly from the space. 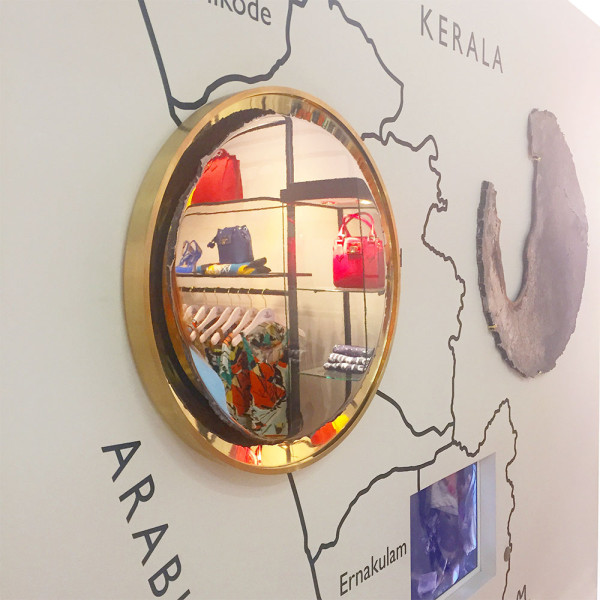 Elsewhere in the newly defined San Babila Design Quarter, the Vivienne Westwood flagship store played host to ‘Alchemy: Material Obsessions,’ a collaboration with Tiipoi and The Cass. Tiipoi showcased their Mirror 6 Collection, cast using a complex bronze-alloy, the origin of which has been closely guarded for 600 years by the families of Aranmula, Kerala in Southern India. 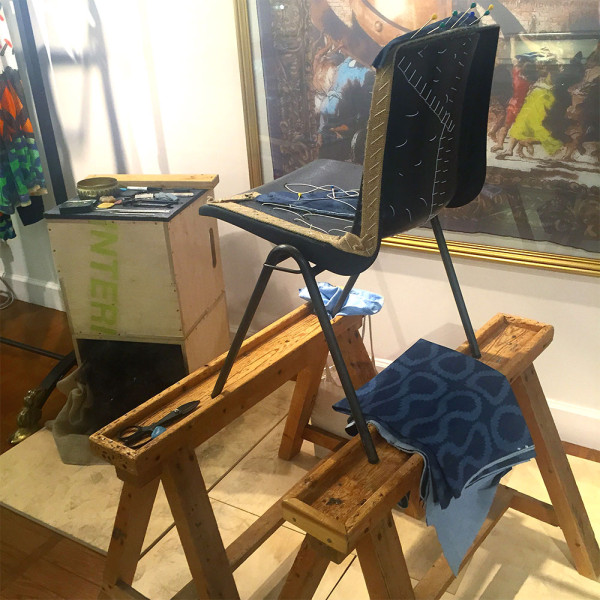 Throughout Milan Design Week contemporary upholsterer and Cass technician Jude Dennis was upholstering one of her Stacker chairs live in store. The Stackers series are found and discarded polyprop chairs upholstered using traditional techniques and materials, simultaneously celebrating and subverting the traditional craft. 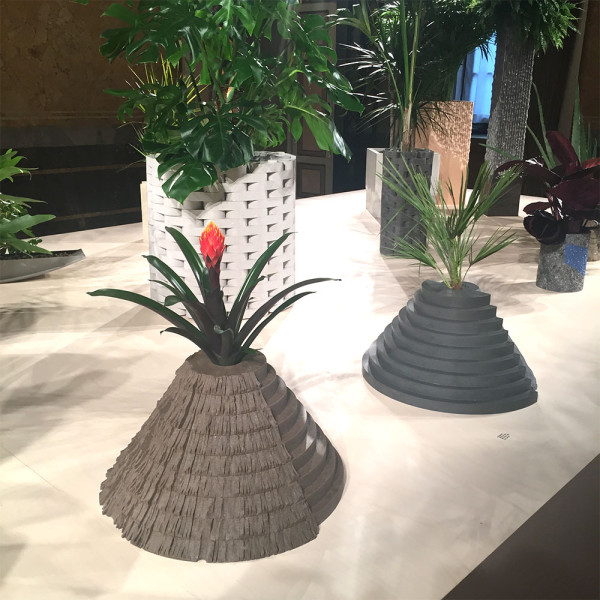 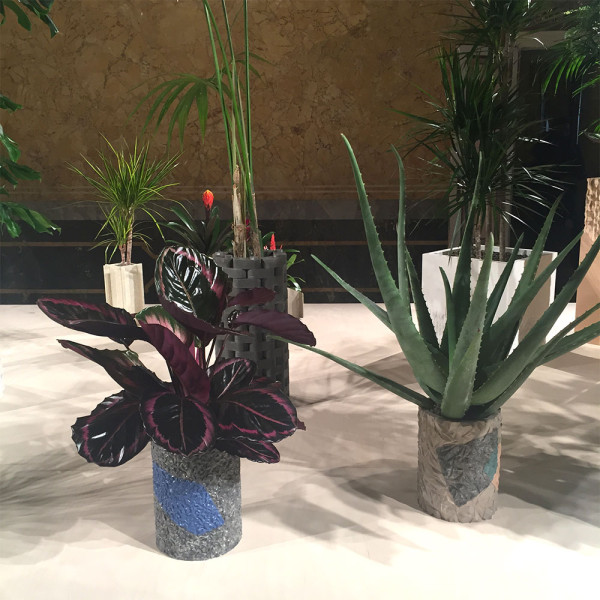 “The starting point was the exploration of the material, as we tend to start most projects,” said the designer. “We therefore focused on spending time in the workshop, except, this was not an ordinary workshop, but a fully-equipped, solid surface transformation facility. Caesarstone is an extremely versatile material that is easy to predict and work with, and it offers a variety of colours and finishes. I therefore experimented with a series of techniques and applications ranging from the mundane to the more experimental.” 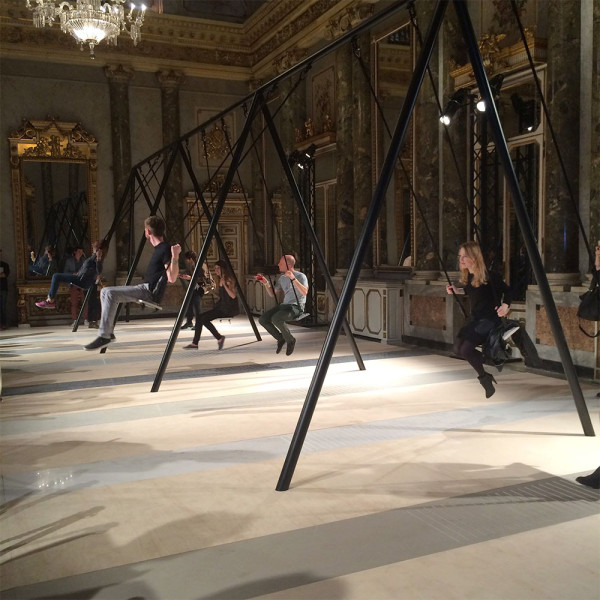 In the next room, the Palazzo’s grand hall, was an 8-piece swing-set created from Caesarstone’s new surface designs for 2015. The most interactive and playful installation of design week proved to be a real hit with visitors. (Photograph by Daniel Nelson.)