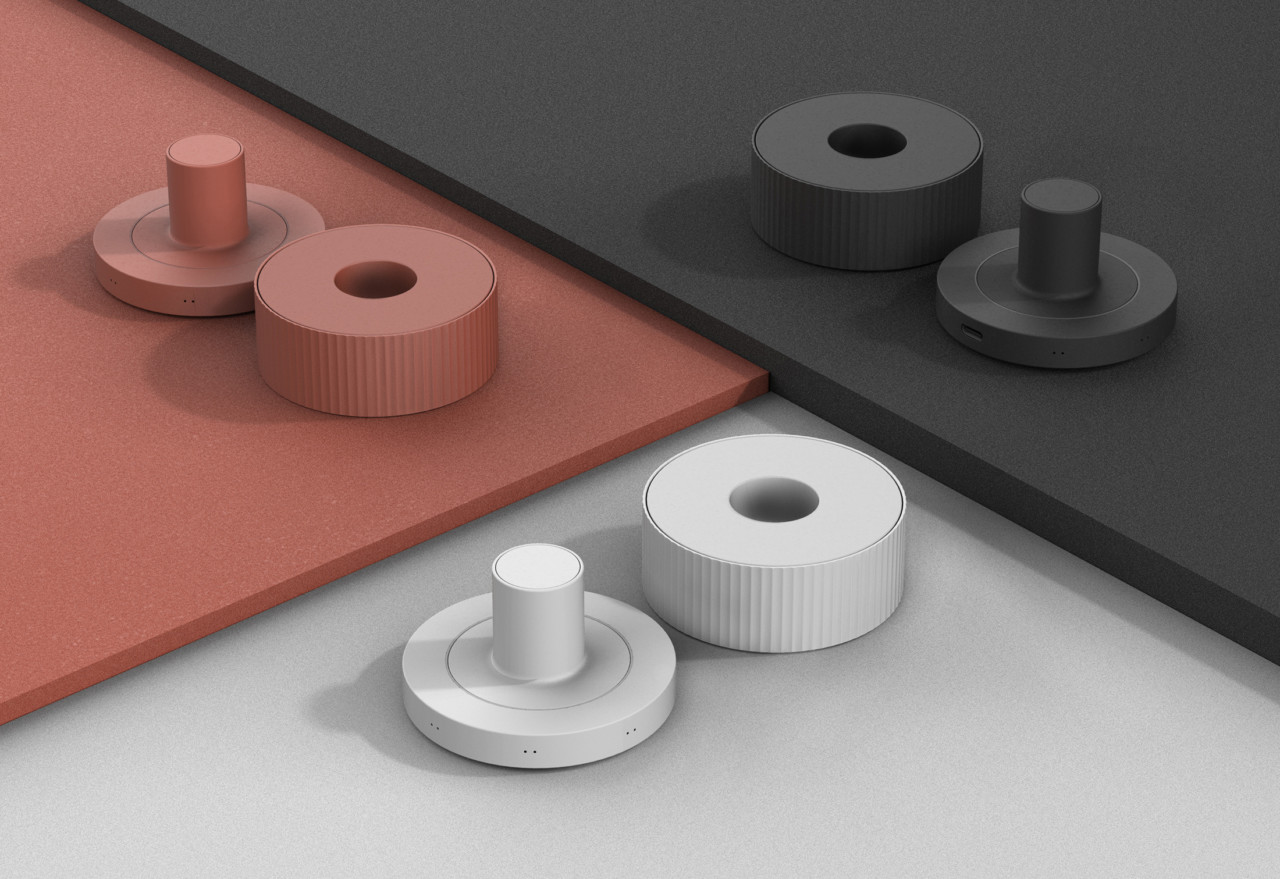 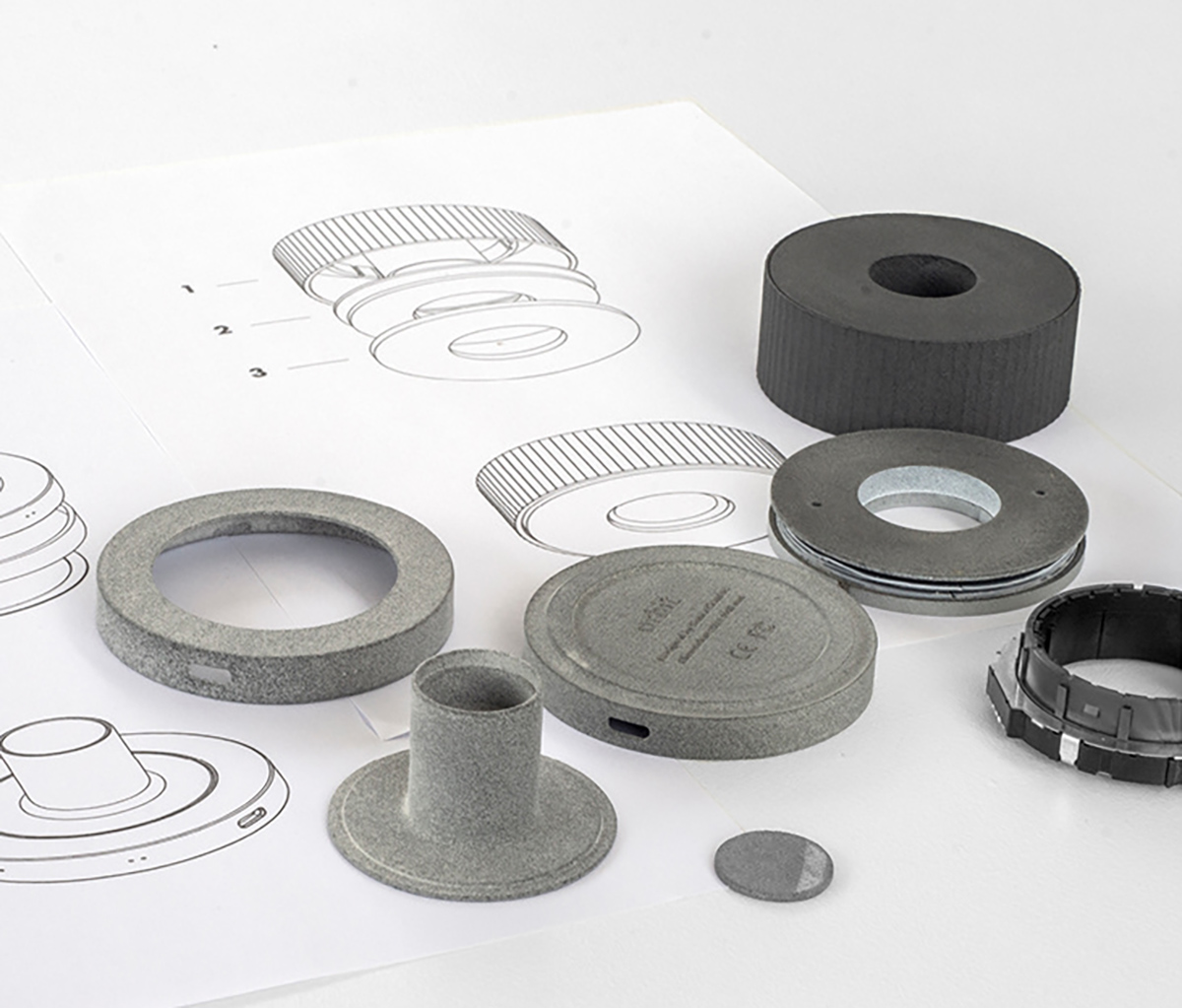 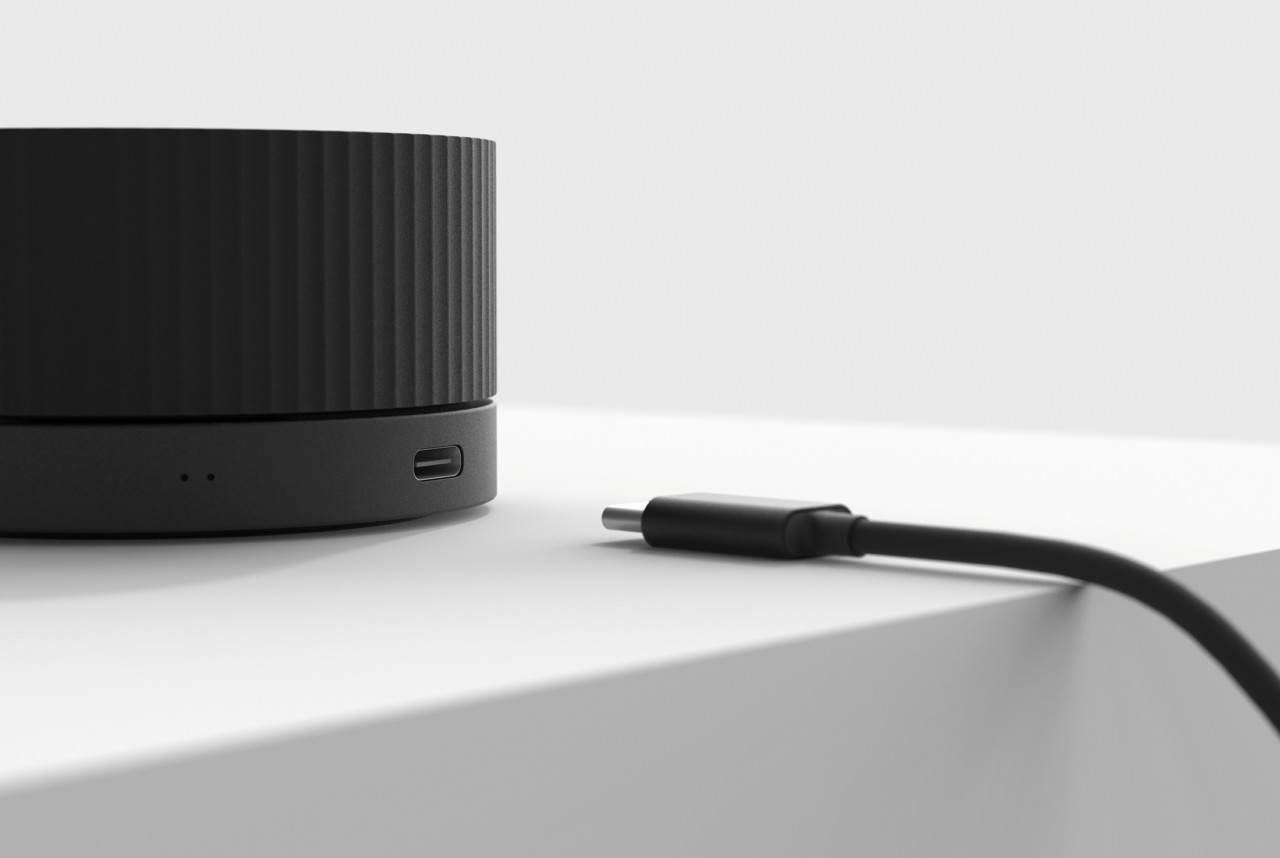 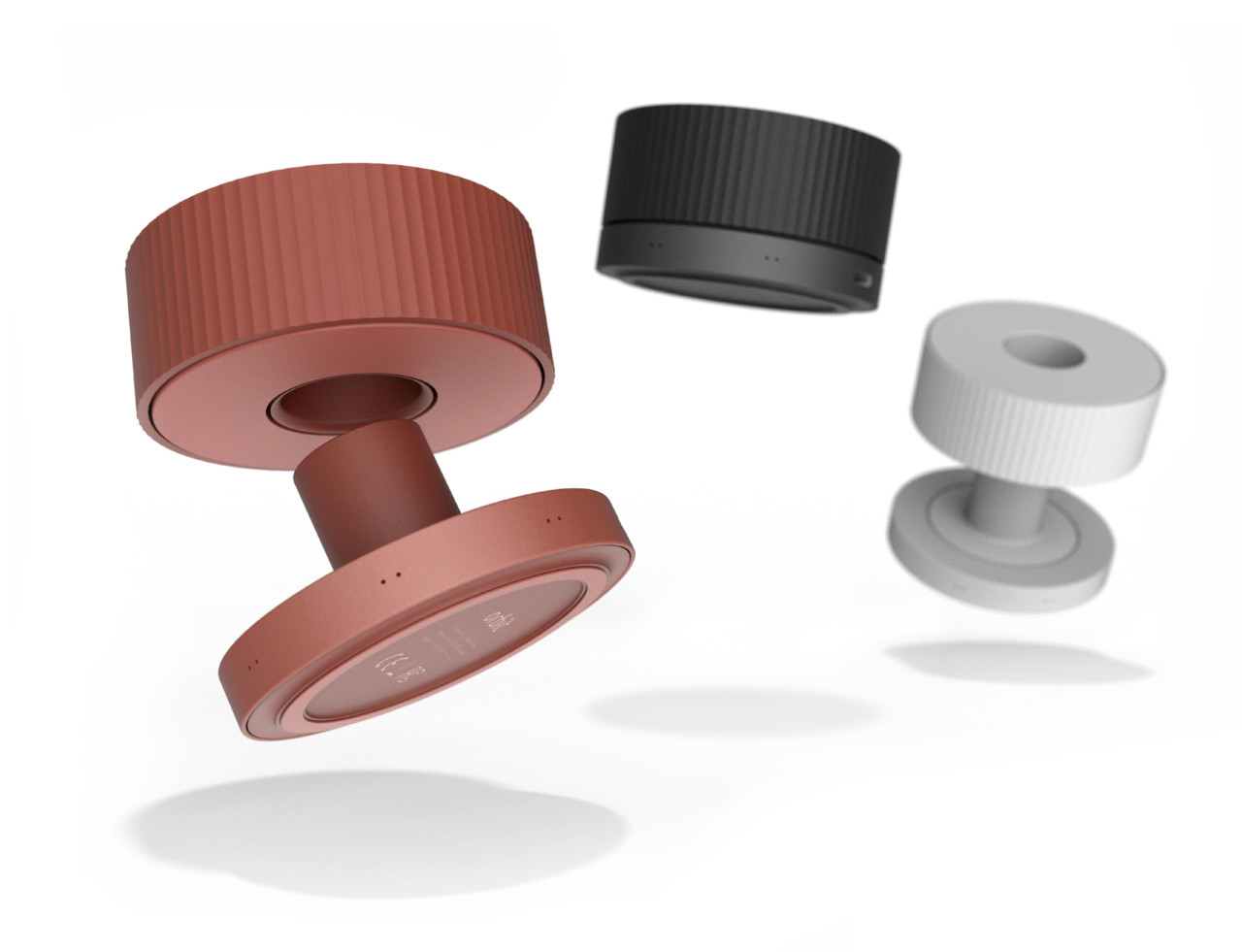 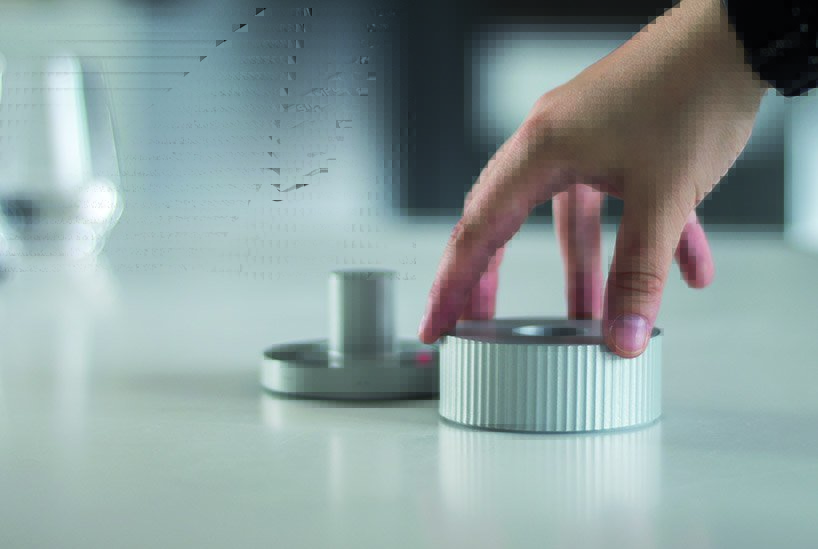 With digital devices and appliances of every sort now featuring a touchscreen, Belgian designer Senna Graulus noticed a discrepancy between the purported element of touch offered by current technology versus the experience of interacting with genuinely tactile objects. The Orbit music streamer offers a rotational dial system based upon the influence of two planetary bodies upon one another, in turn reintroducing what was lost in the migration toward an increasingly touchscreen existence. 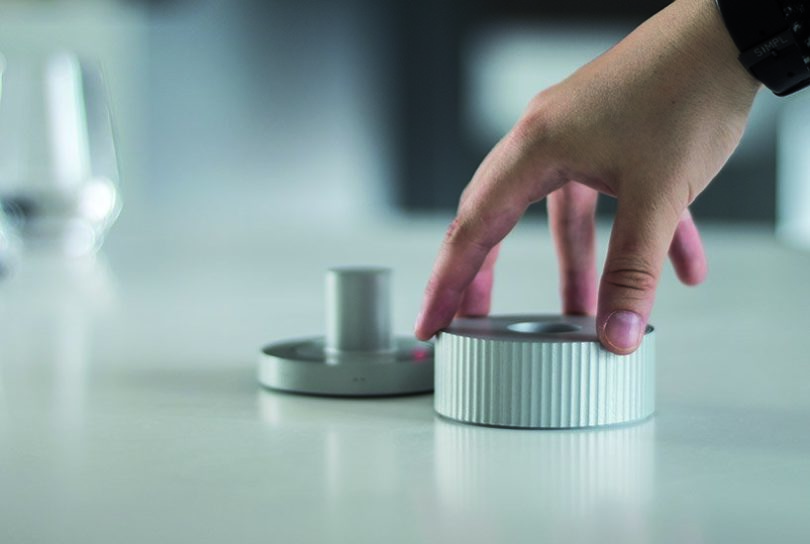 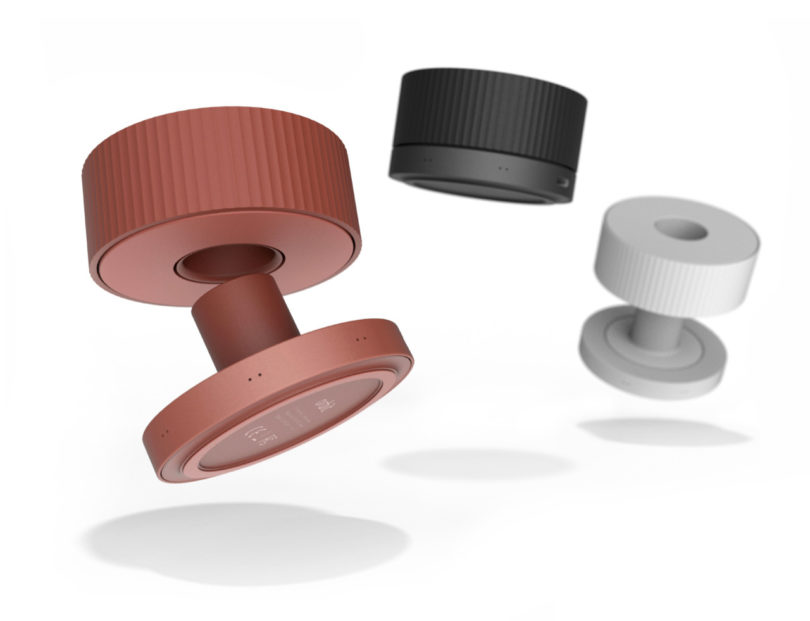 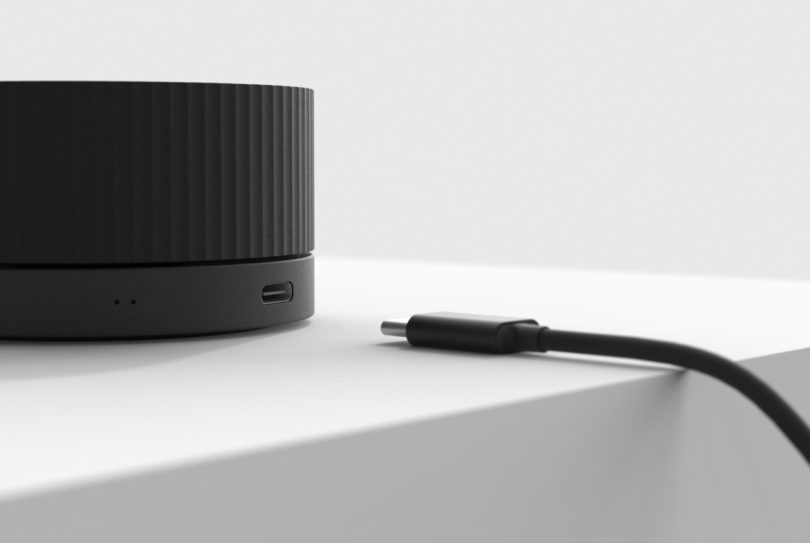 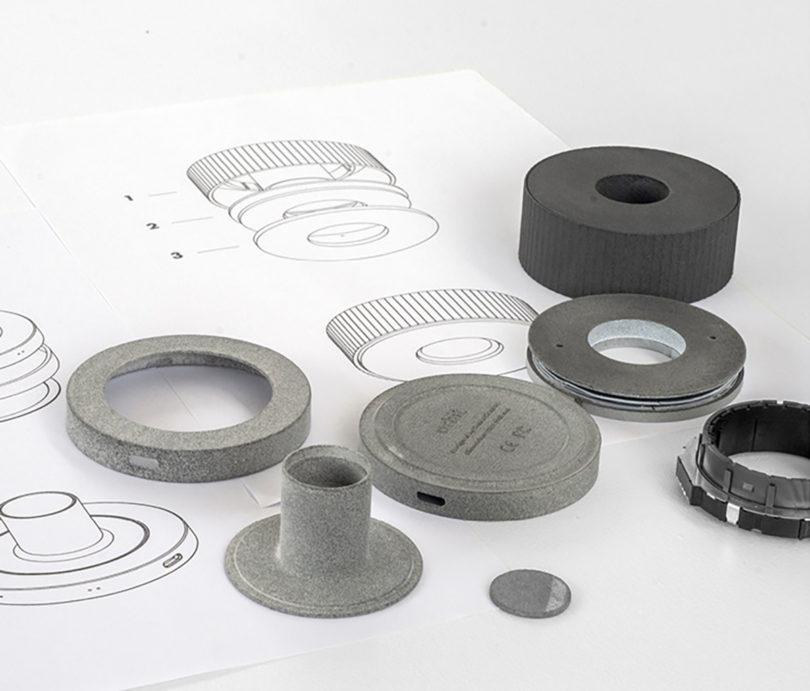 A variety of materials like felt and aluminum were explored for optimal tactile satisfaction between user and device. The base is weighed down with cylindrical sheets of lead to add some perceptible heft to the device.

Seven positions are designated around the diameter of the Orbit base for a corresponding playlist, each indicated by its own LED colored light and accessible by simply moving the controller in front of the light. Pulling the controller further away from the base awakens the unit’s “discovery mode”, inviting listeners to explore beyond the orbit of their existing music preferences toward new playlists similar to their own, using haptic feedback to adjust “tuning in”. And turning the Orbit’s dial-like controller also allows users to adjust volume and track skipping options, an intuitive control scheme for an object designed to look like one large mechanical dial.