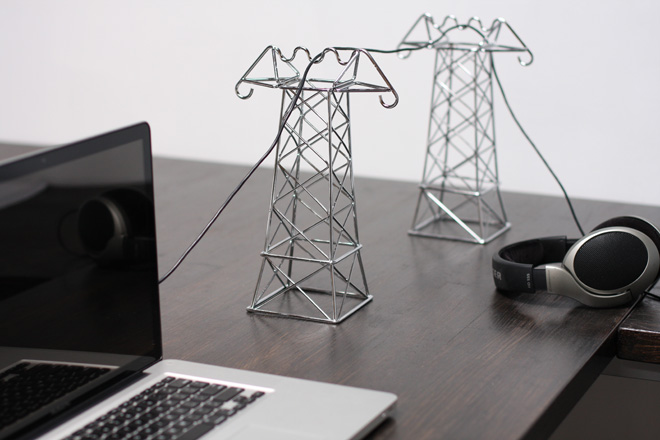 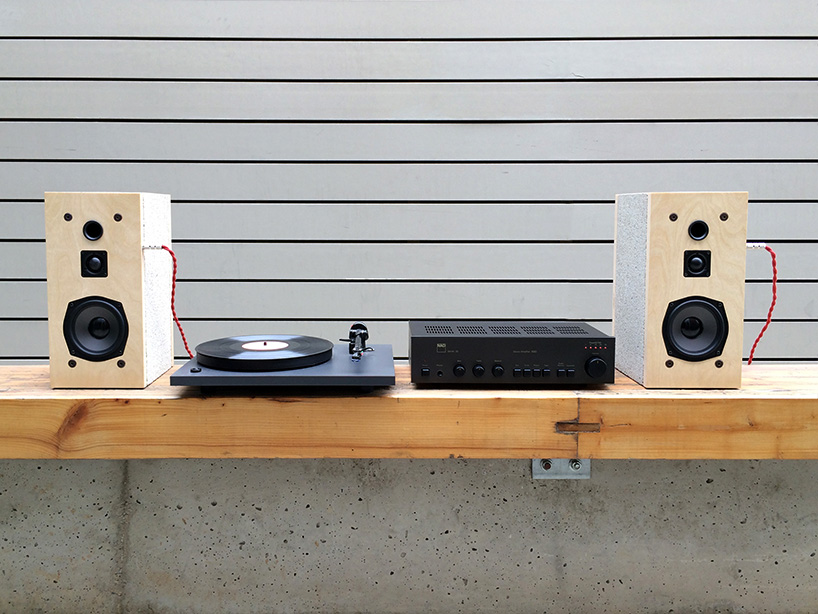 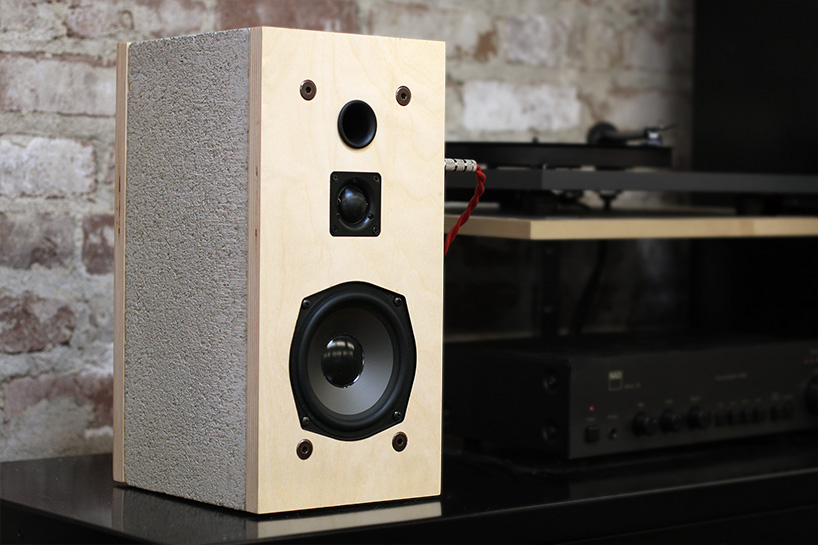 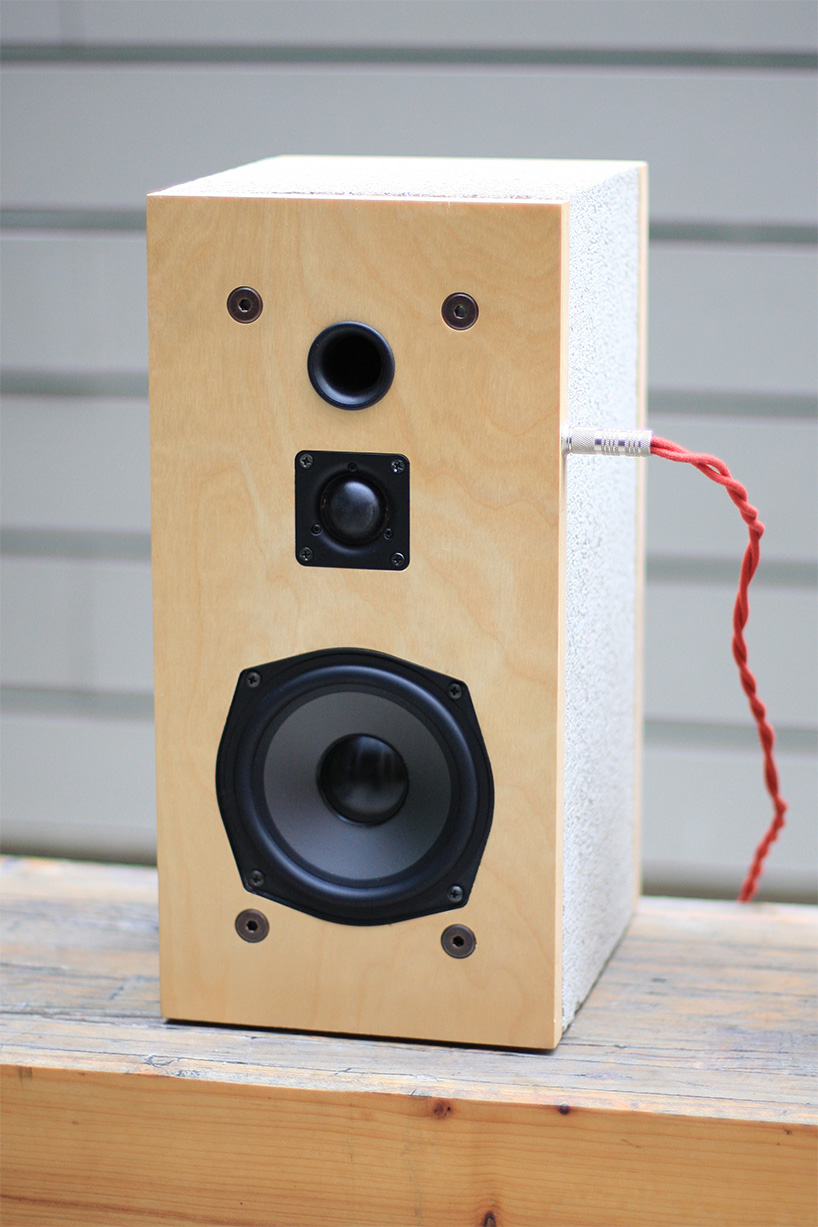 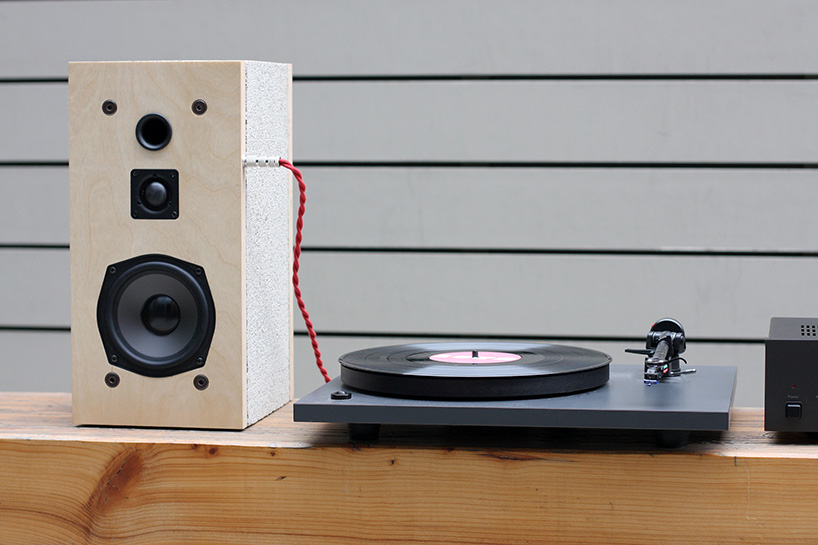 Designer Daniel Ballou past projects have revealed an inventive and sly sense of humor while solving both pragmatic and imaginative problems. Ballou’s latest project, Cinder Speakers, continues this playful design philosophy where humor is always part of the answer, turning to a ubiquitous component as the basis for an unusually “dense” DIY solution to create a wall of sound. 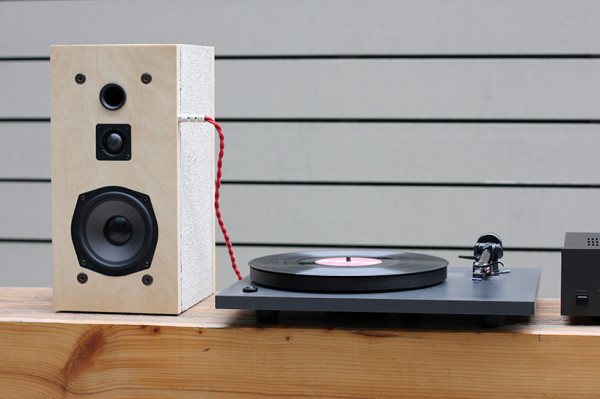 The Cinder Speaker is actually a DIY kit of sorts, comprised of a pre-assembled/pre-wired front panel and a 5” driver, tweeter, crossover, and input jack for assembling a pair of audio speakers. Completing the set requires a BYO mentality, in this case the last missing piece requires concrete cinder blocks, a component easily found at hardware stores for around a dollar, and by nature of its molecular structure, offers a low resonance element which minimizes unwanted vibrations and coloration of sound which can hamper playback from music worthy of the scrutiny. A back panel with mounting hardware is the finishing touch, giving the once rough and industrial concrete block a polished finish alongside mounting options. 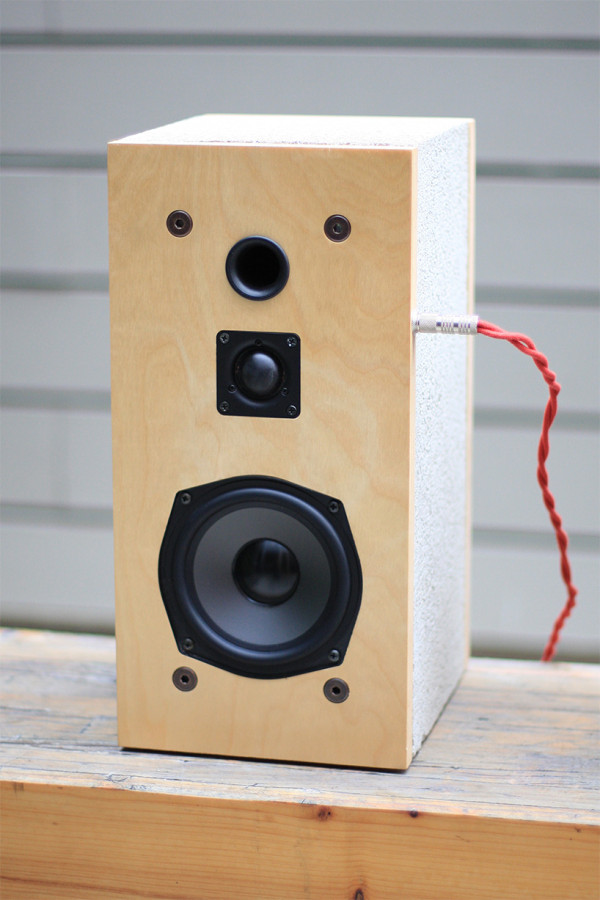 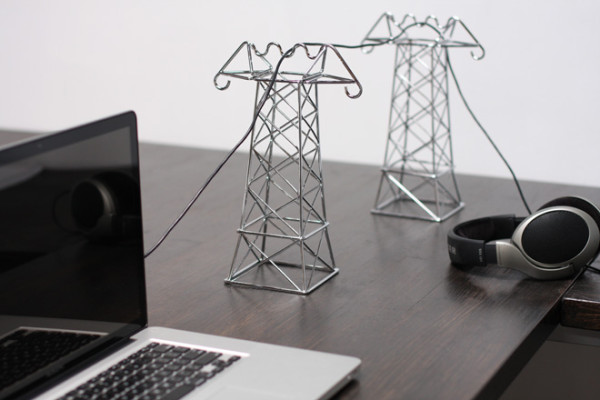 Ballou’s previous designs like his Power Lines cord and cable organizing solution reveal an inventive playfulness which characterize his whole body of work. 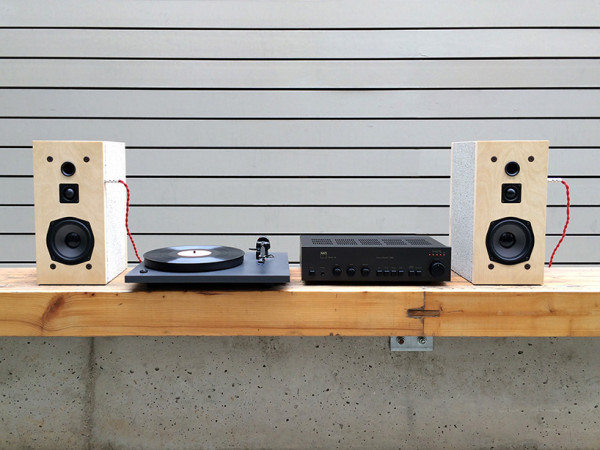 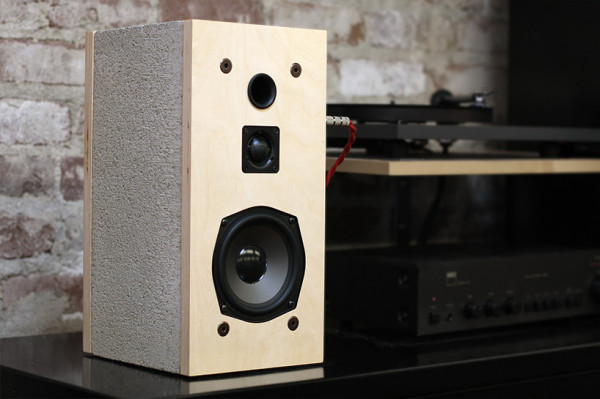 In development for over a year, Ballou has announced the Cinder Block is in its final stages to coming to market. The speaker kit willl retail for about $150; those interested can contact Ballou for more details at [email protected]