The Reversed Perspective of Patrick Hughes 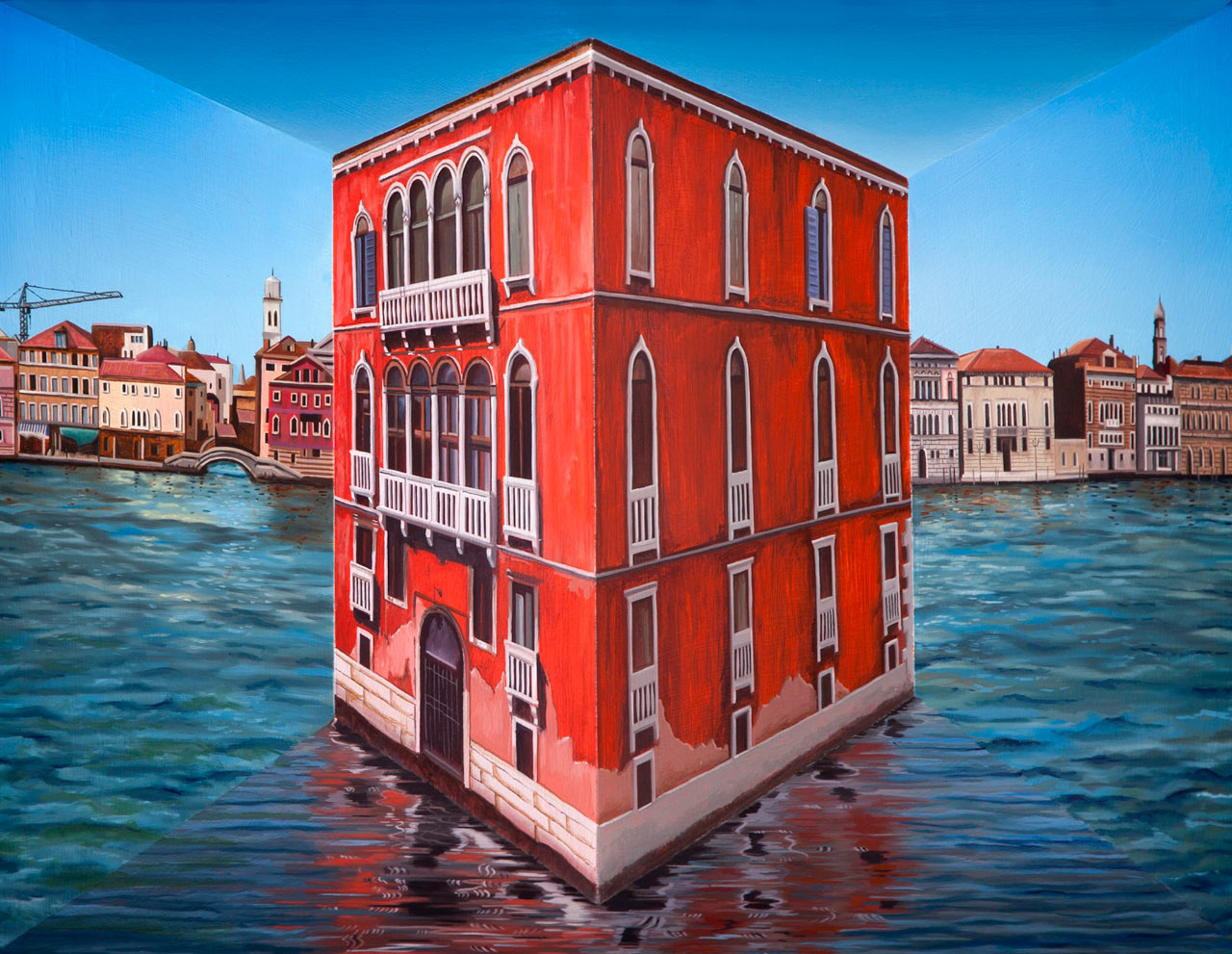 Be careful. The paintings of Patrick Hughes, on view at Flowers Gallery, are so unbelievable that they could literally hit you in the face.

He calls it “reverspective” (reversed perspective). In short, Hughes paints on a three-dimensional surface that is the OPPOSITE depth of the objects in the painting. In other words, what APPEARS to be the farthest thing away in a painting is actually the closest thing do you, and vice versa.

This is SO convincing that from photographs alone, you won’t even believe me, so I created some animated GIFs to prove it. 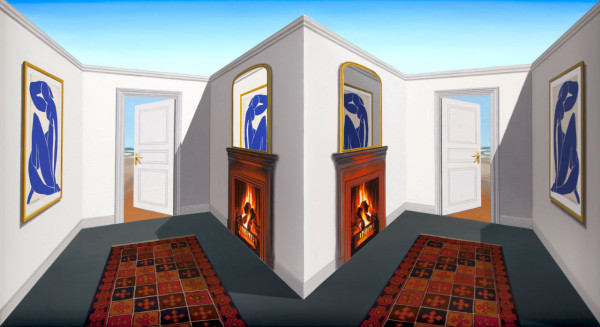 My favorite piece in the show is “A Study for Studiolo” (below). It’s based on one of my favorite rooms in The Metropolitan Museum of Art: an amazing wood-inlayed room from the 15th Century that is itself an incredible optical illusion in which flat walls look three-dimensional. Hughes, paying homage to the perspective players that came before him (over 500 years ago!), paints the cabinets in reverse perspective. See the whole AMAZING process of it’s creation in the video below from 9:28-14:48. 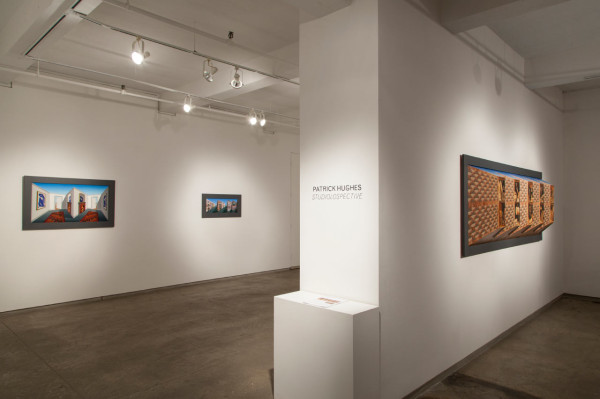 Check it out in person if you can. It’s even more unbelievable.

And seriously, be careful. 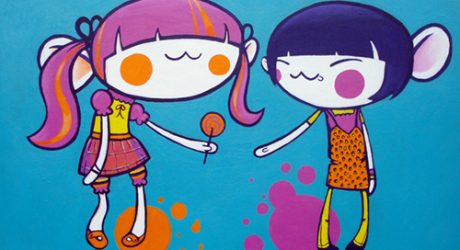 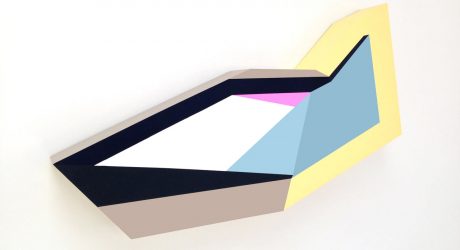 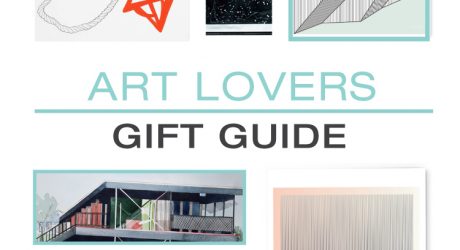 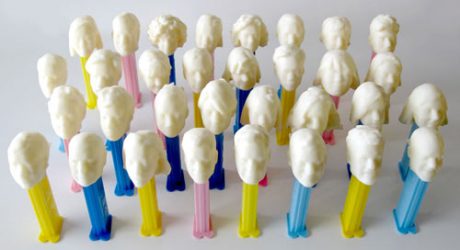 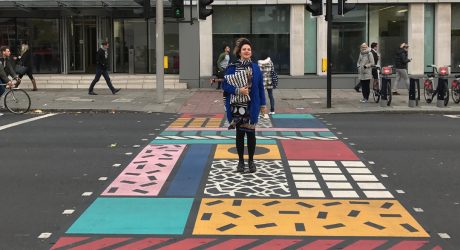 City in a Suitcase: Artist Camille Walala Gives Us a Peek into London’s Culture 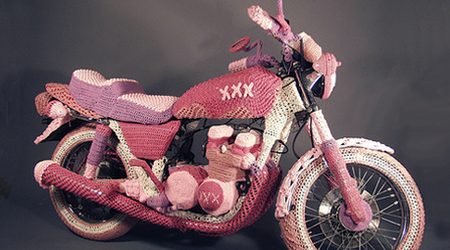 END_OF_DOCUMENT_TOKEN_TO_BE_REPLACED

Architecture, art, science and technology are at the heart of all the DDNKA jewelry. Combining 3D printing technologies alongside handmade manufacturing techniques, these pieces are intended to be wo...
$180.00

END_OF_DOCUMENT_TOKEN_TO_BE_REPLACED 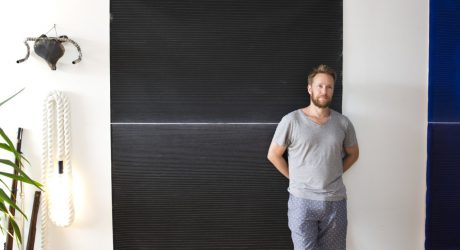 Alexander Jowett is an artist, designer, and owner of Atelier Nomade who joins us today for Friday Five. 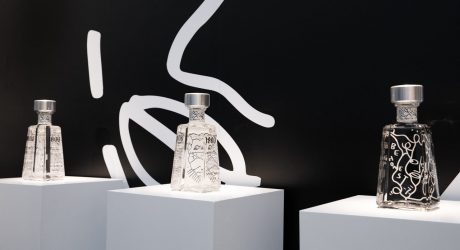 Shantell Martin is the latest artist whose work appears on the bottles of 1800 Tequila as part of their artists series. 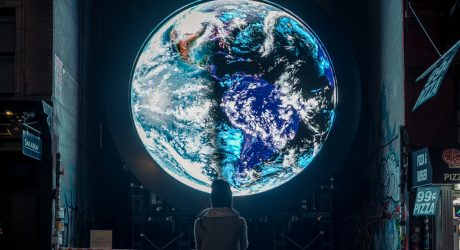