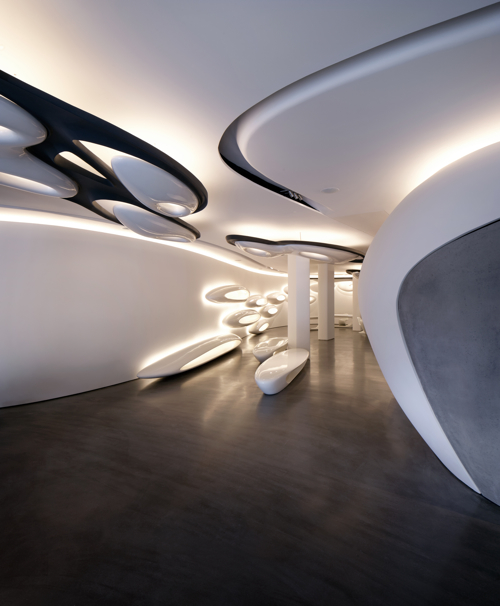 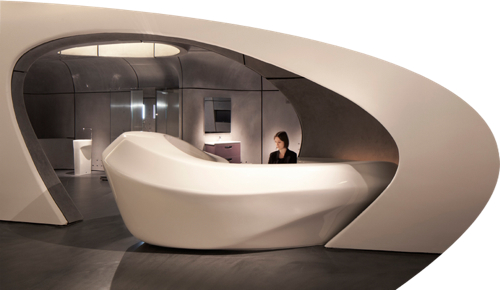 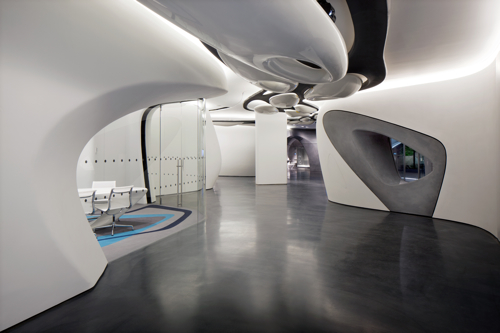 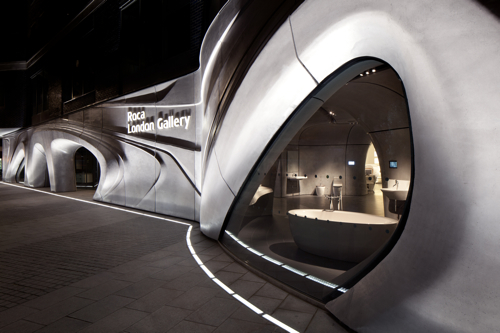 Earlier this month, bathroom fixture design company Roca opened a new flagship located near Imperial Wharf in London, called the Roca London Gallery. Pritzker Prize-winning architect Zaha Hadid, whose firm is based in London, designed the undulating, white concrete space. Fittingly, the architect drew inspiration from the idea of flowing water for the design, which has an organic shape and somewhat cave-like sensibility.

In a statement Hadid says, “Using a formal language derived from the movement of water, the Roca London Gallery has been eroded and polished by fluidity; generating a sequence of dynamic spaces carved from this fascinating interplay between architecture and nature.”

In addition to displaying Roca’s products, the almost 12,000-square-feet will host a range of activities, like exhibitions, seminars, and debates for the design community.