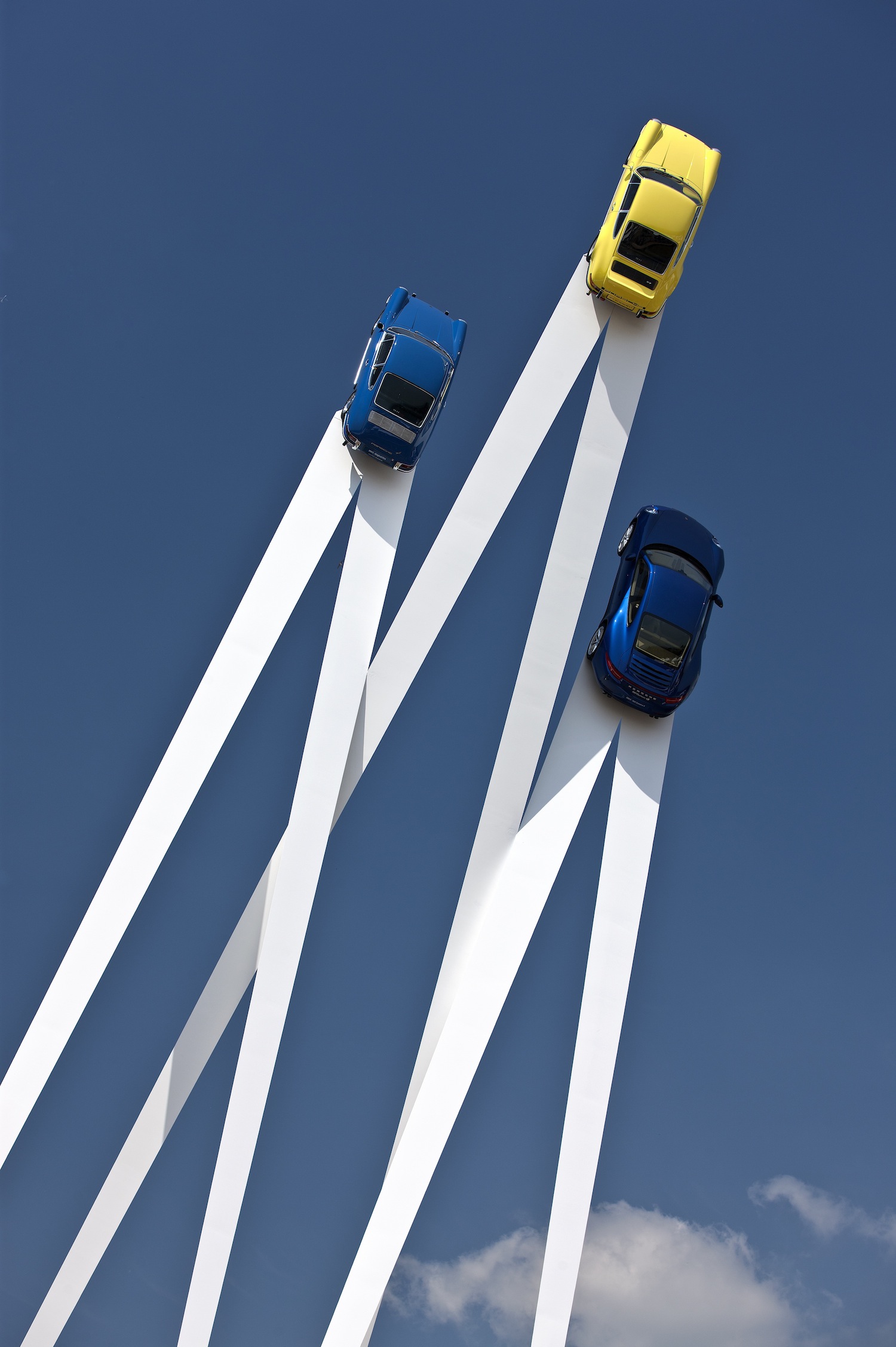 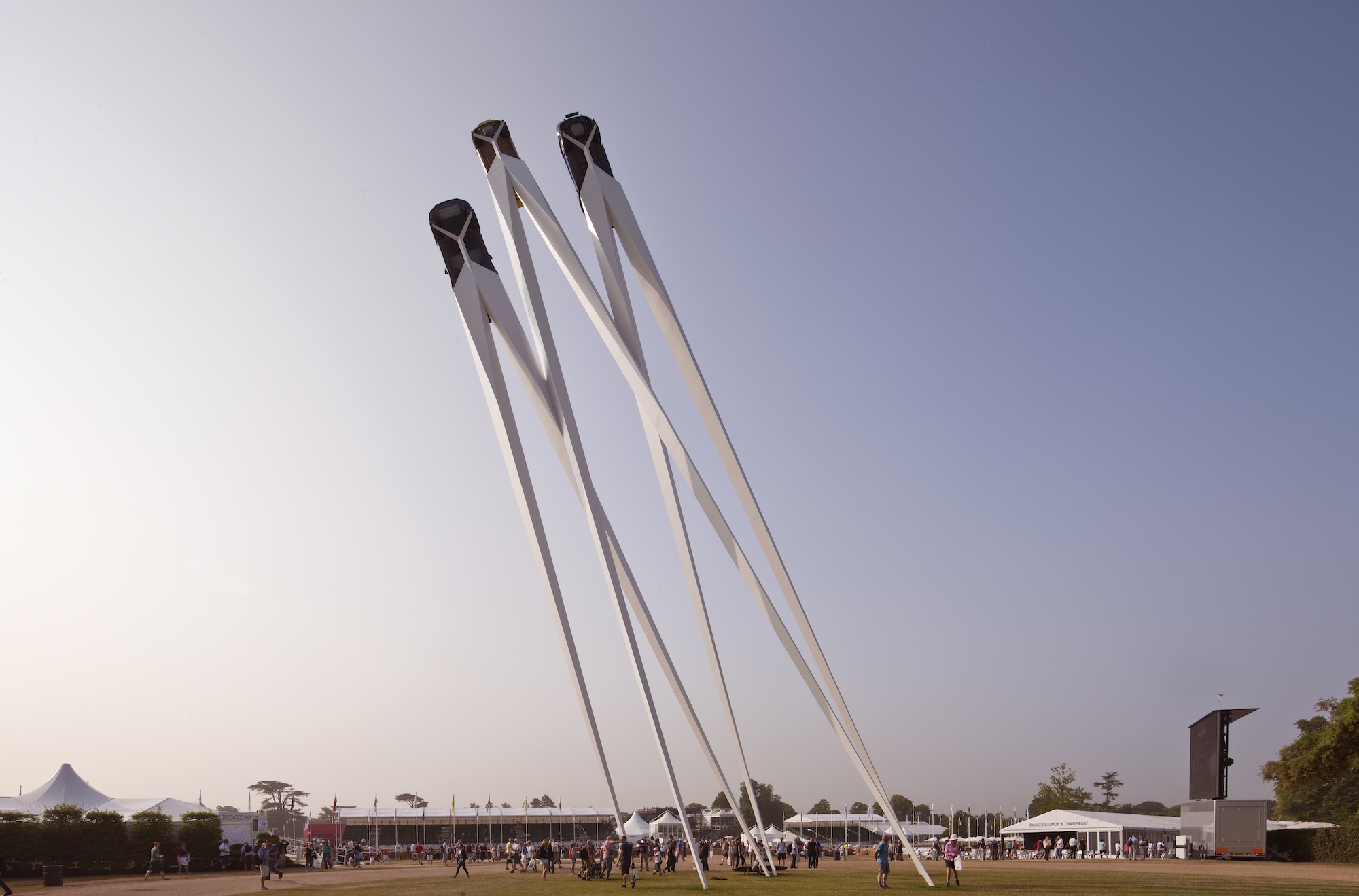 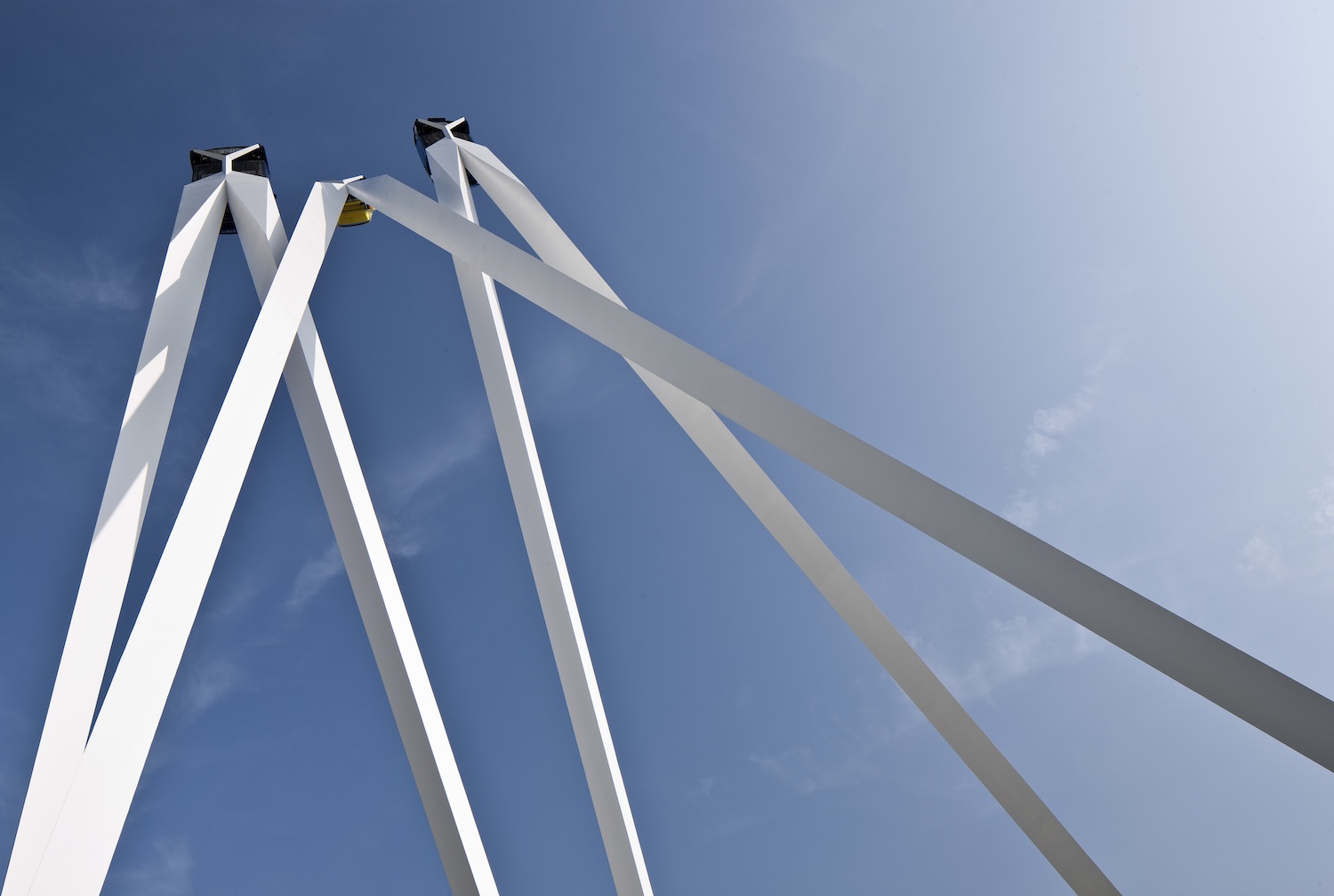 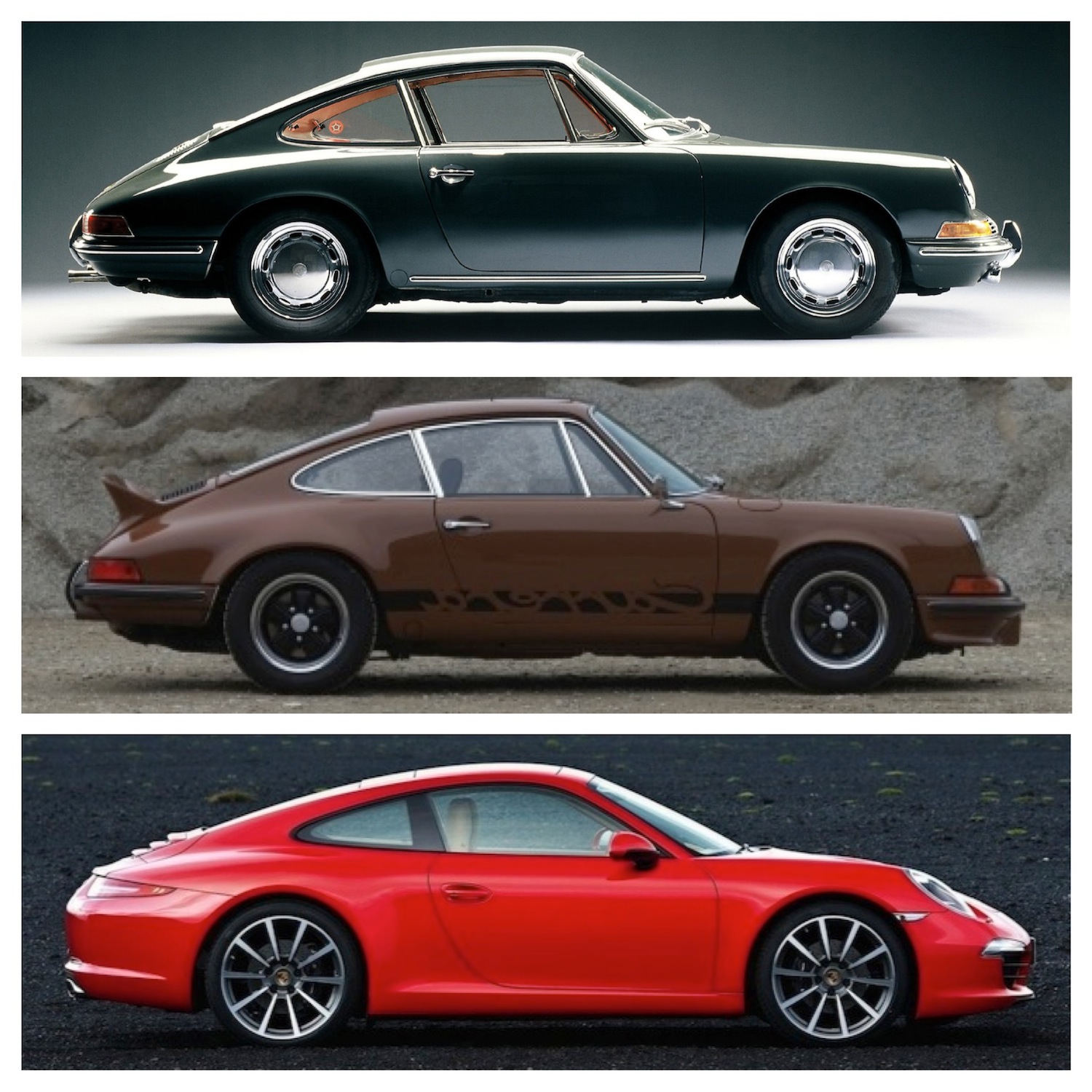 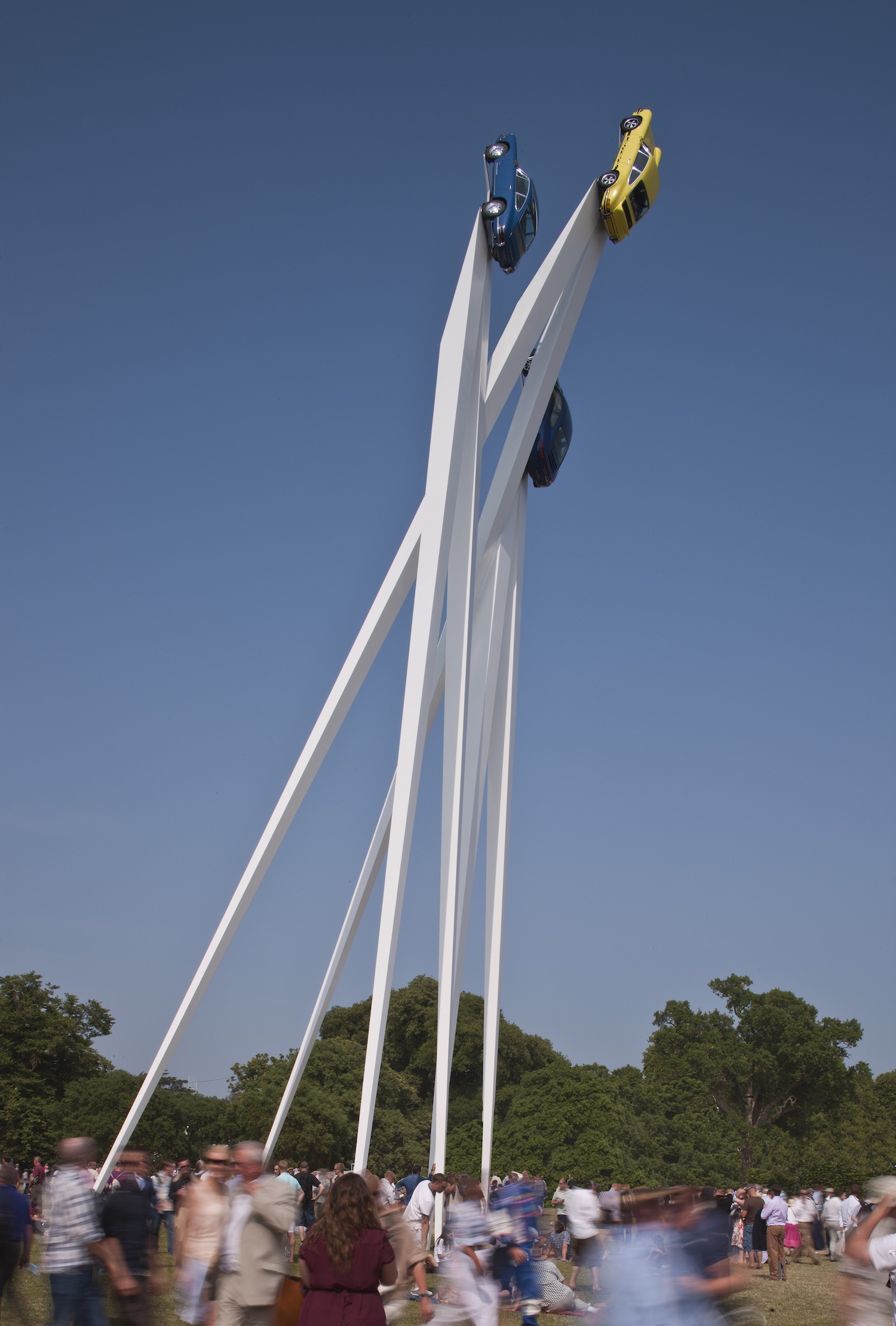 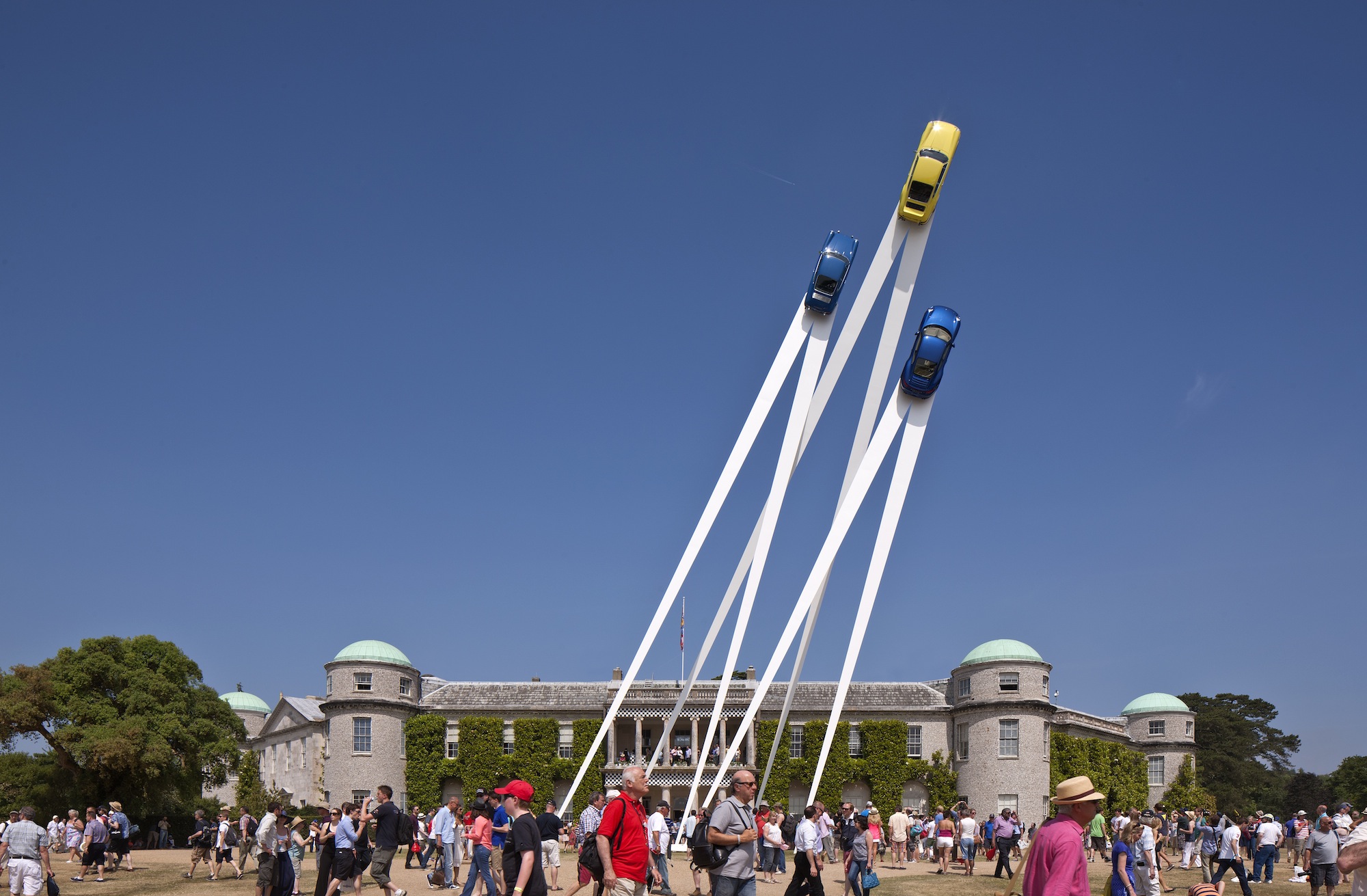 German automaker Porsche is celebrating the 50th anniversary of its 911 model in a big way – literally. Artist Gerry Judah has designed a sky-high sculpture piece for the special occasion. He is most well known for his well-received contributions to film, theater, museums, public spaces, and fine art. To me, the car is definitely worthy of an installation this grand, in which Judah doesn’t disappoint. 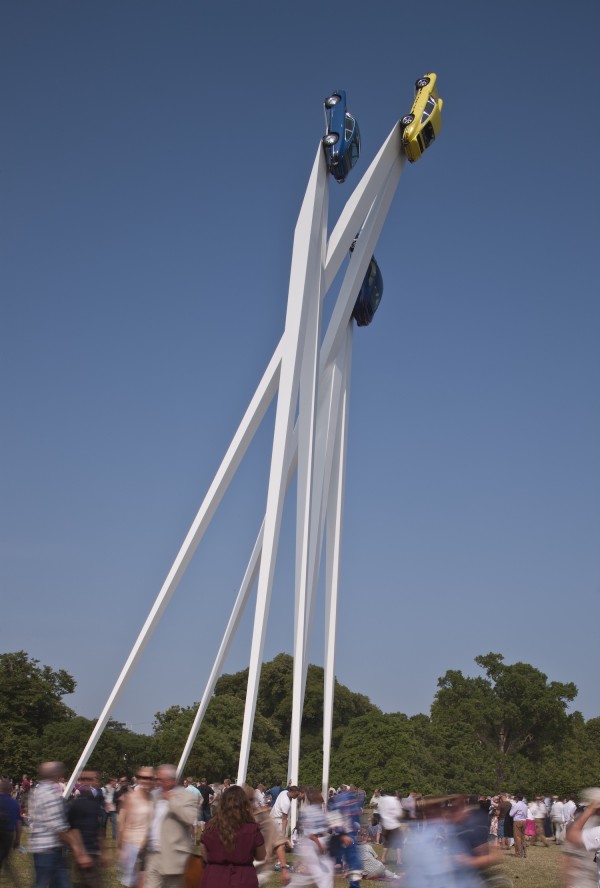 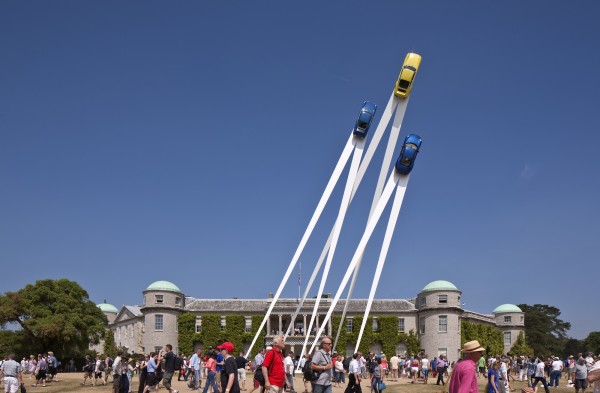 The idea was to create a gravity-defying sculpture that could hold three iconic Porsche 911 cars high in the sky. The original 1963 911, the 1973 911 Carrera RS, and the 2013 911 are all sitting pretty at more than 100 feet above the grounds of this year’s Goodwood Festival of Speed in West Sussex, England. 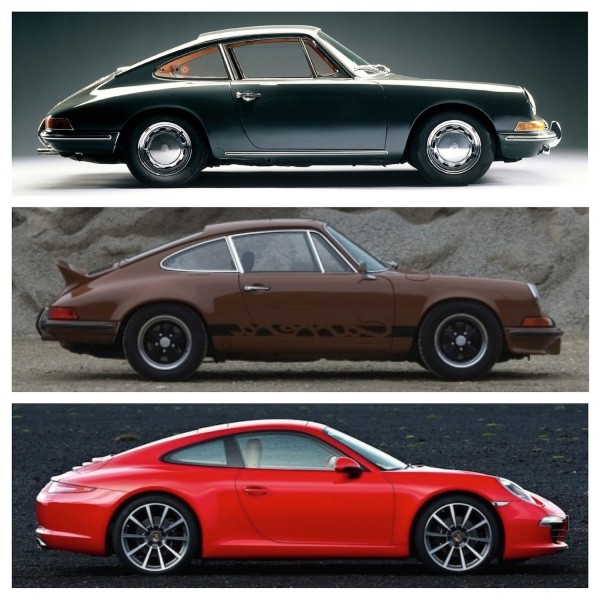 The sculpture is made up of three arrow-shaped structures that give off the appearance of the cars shooting into the sky. All 22 tons of each welded steel leg cleverly balances on an extremely narrow base. Finished in a clean white coating, the sculpture maintains a simple, yet refined persona. 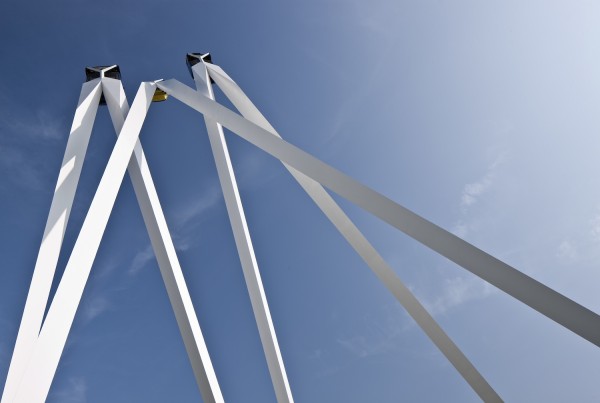 Gerry Judah wanted to create a piece that accurately personified the energy and spirit of the Porsche 911 and the Festival of Speed. “The 911 is a fantastic shape that can’t be deconstructed or embellished, so in this context, the sculpture had to provide the right platform for the car to soar up and shine in the sky,” said Judah about the sculpture. 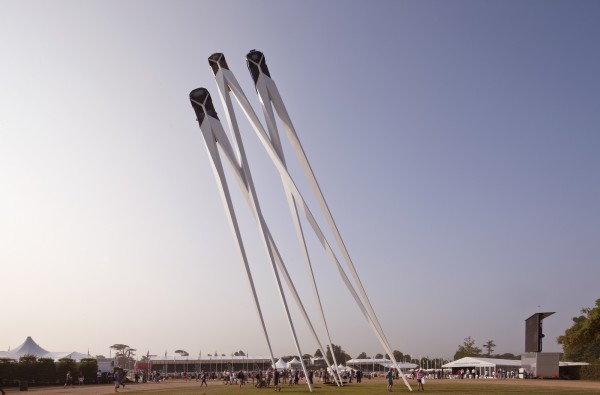 Just like the Porsche 911, the sculpture is a well-designed, iconic piece of art in its own right.

Kyle Troutman has always been intrigued by fashion, design, auto and tech. So, instead of becoming a designer, editing and following trends became his passion.