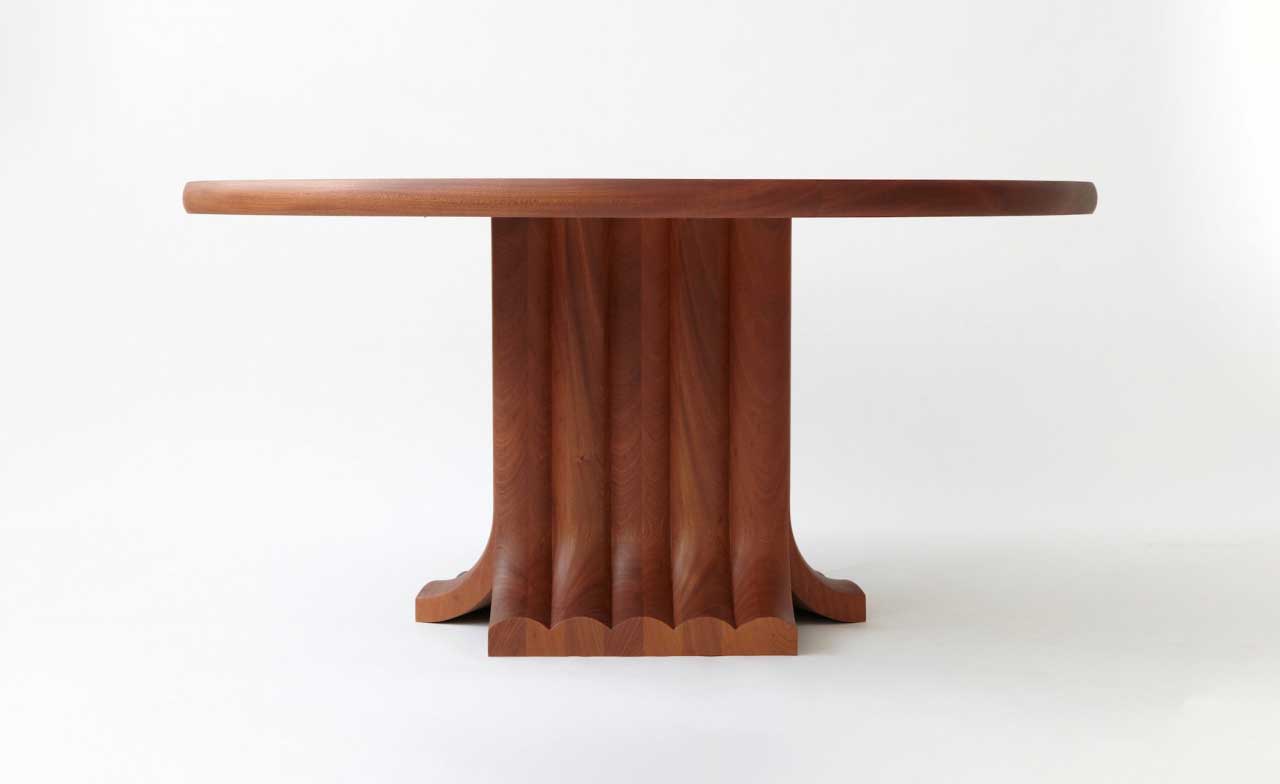 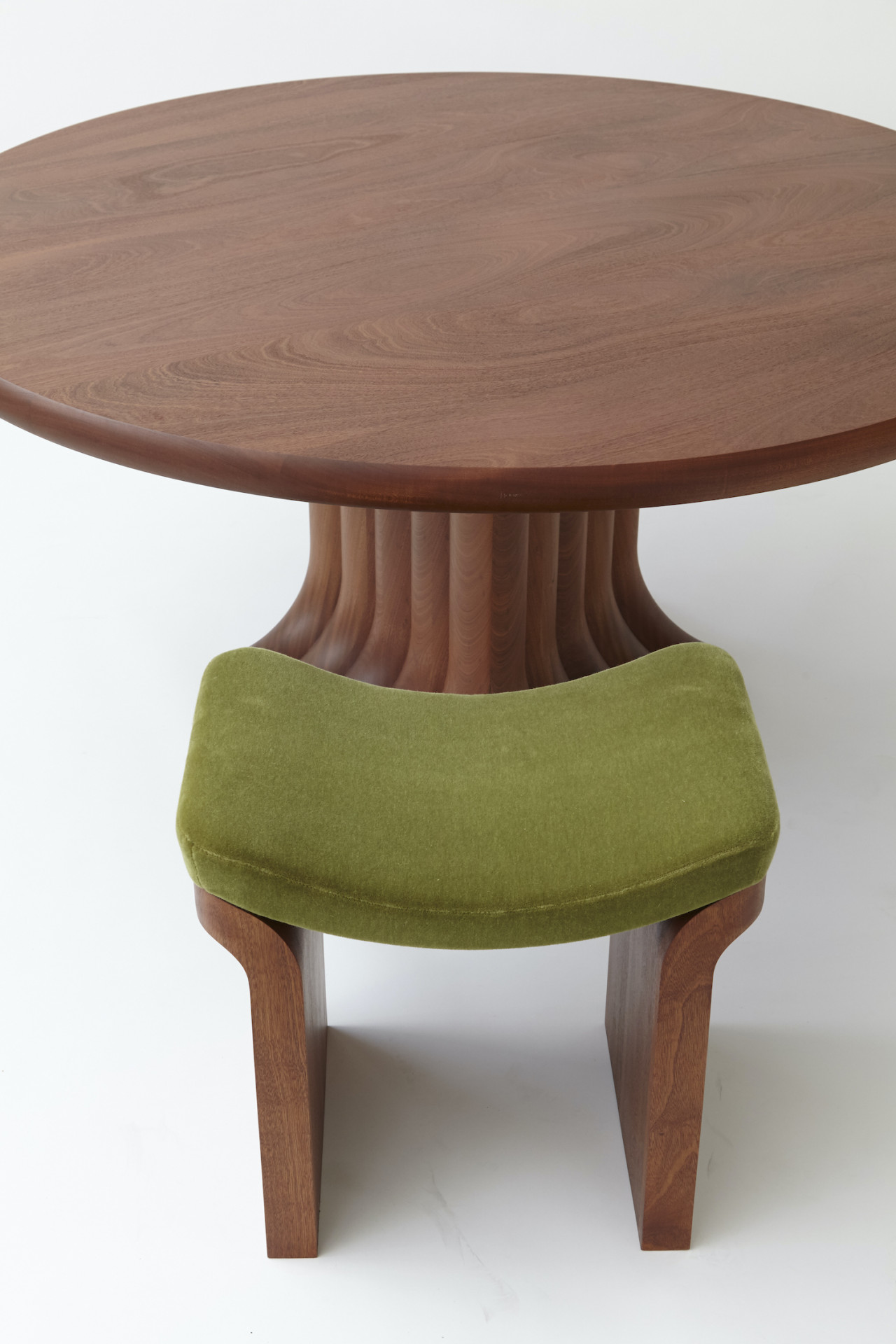 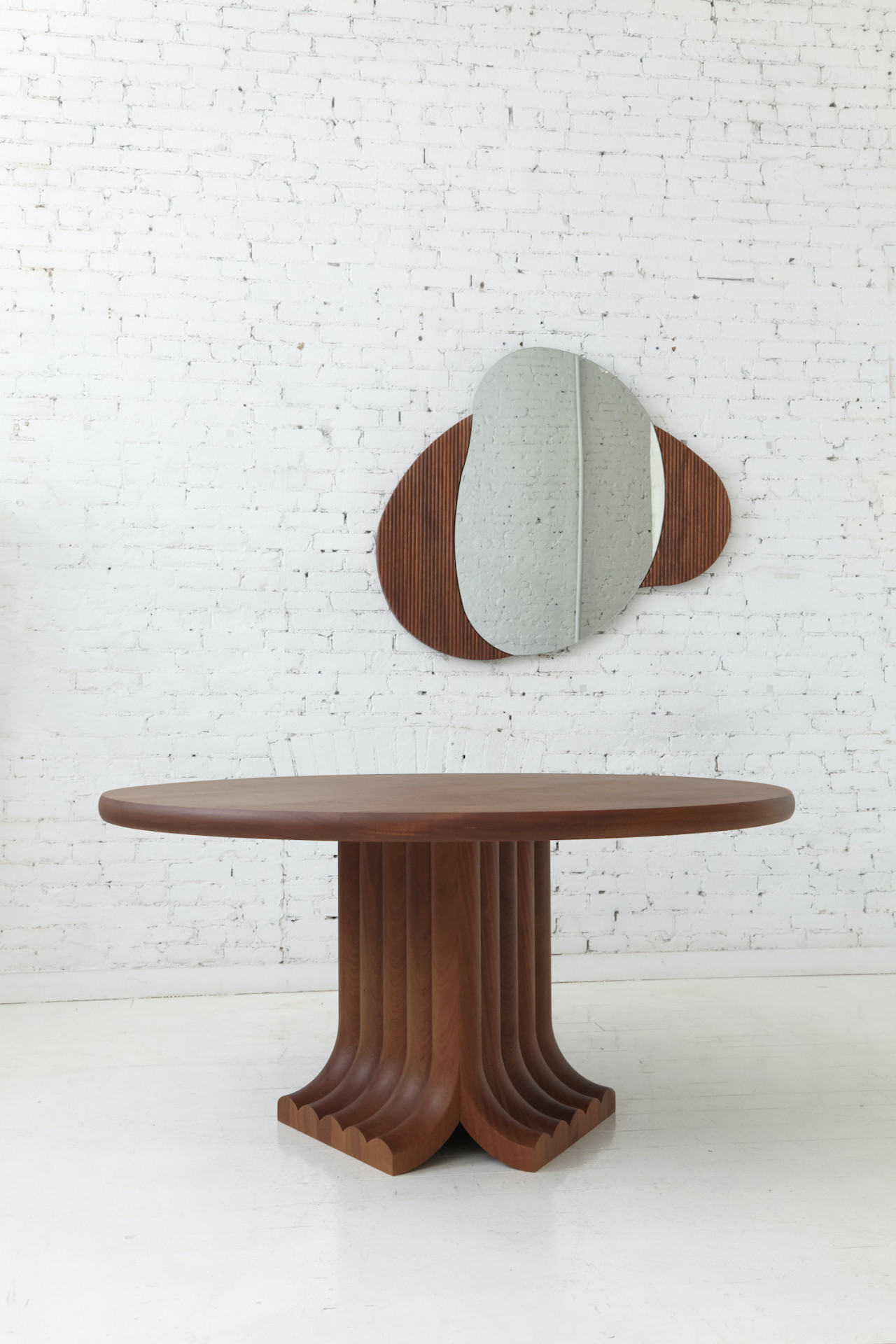 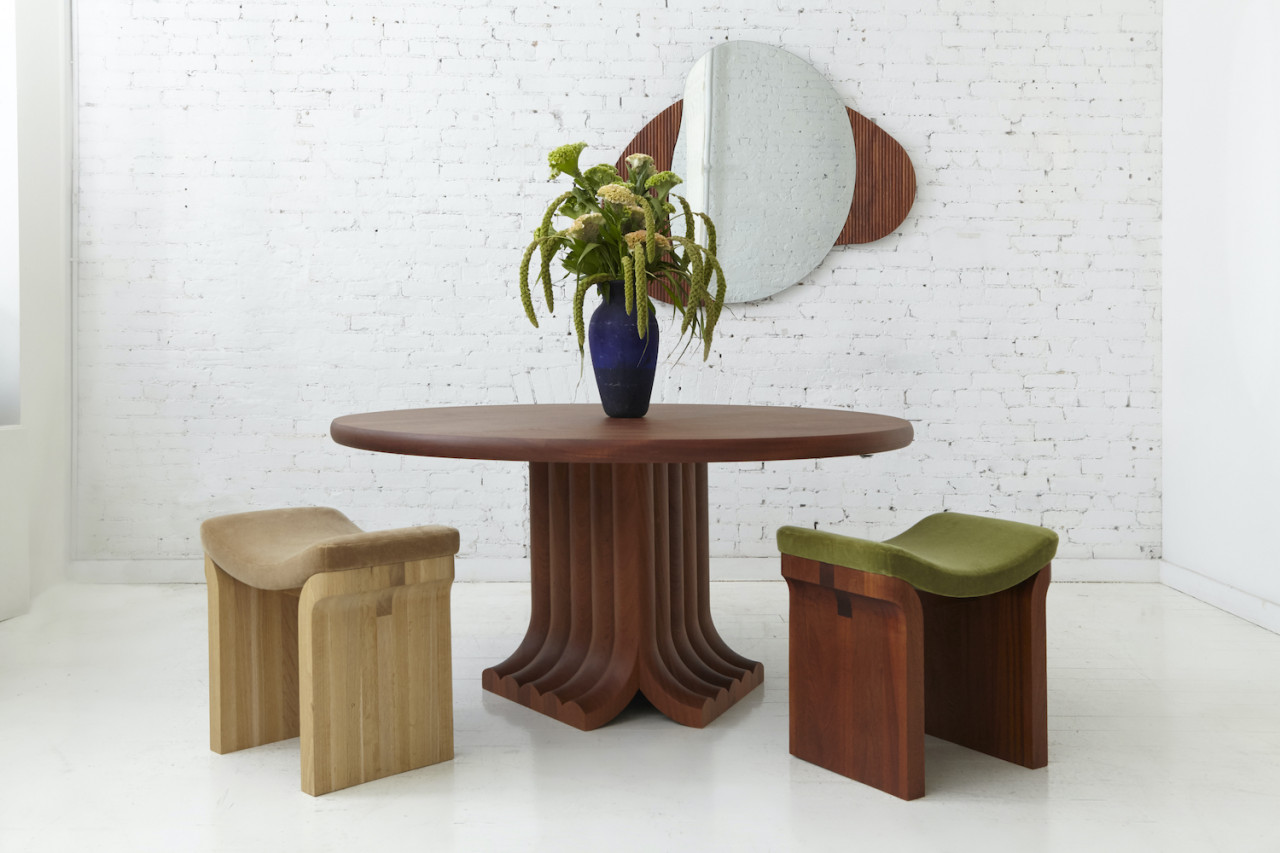 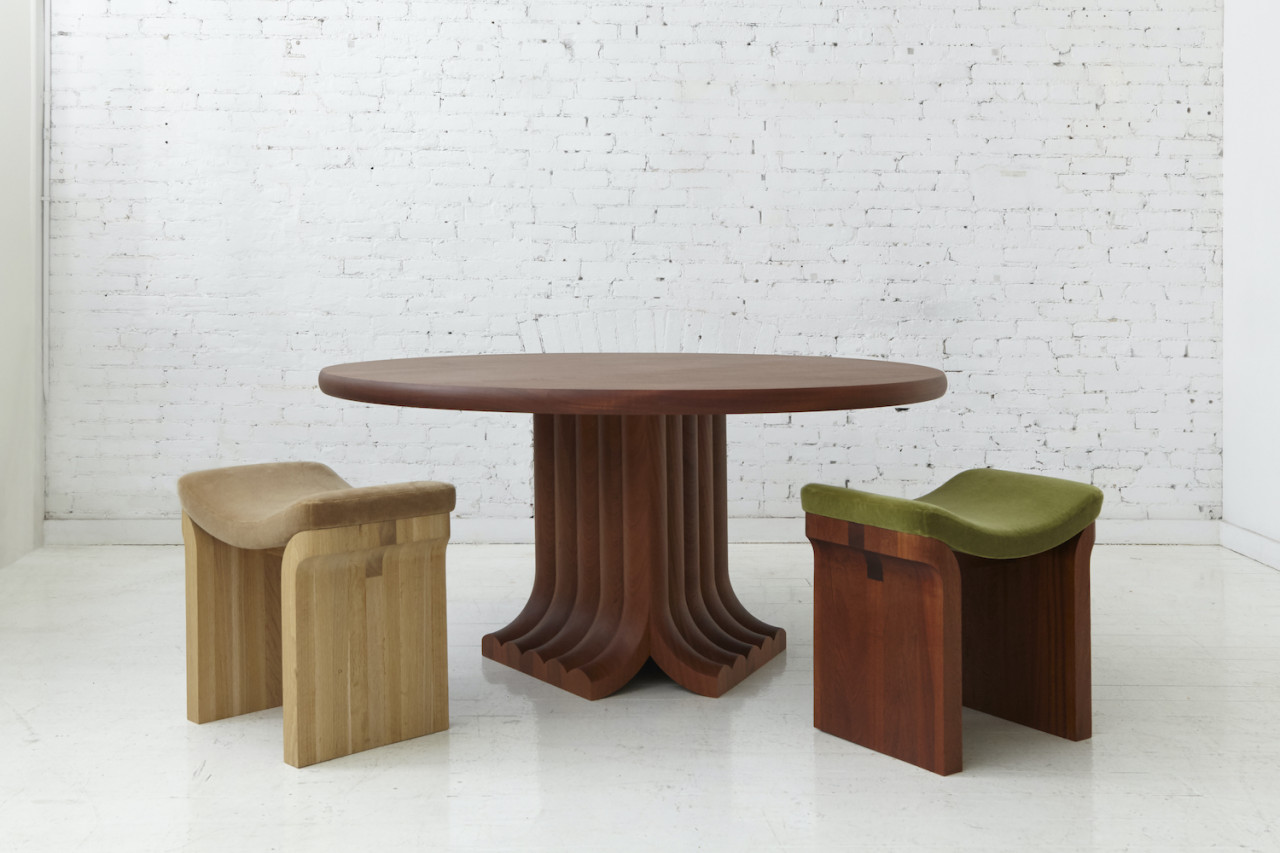 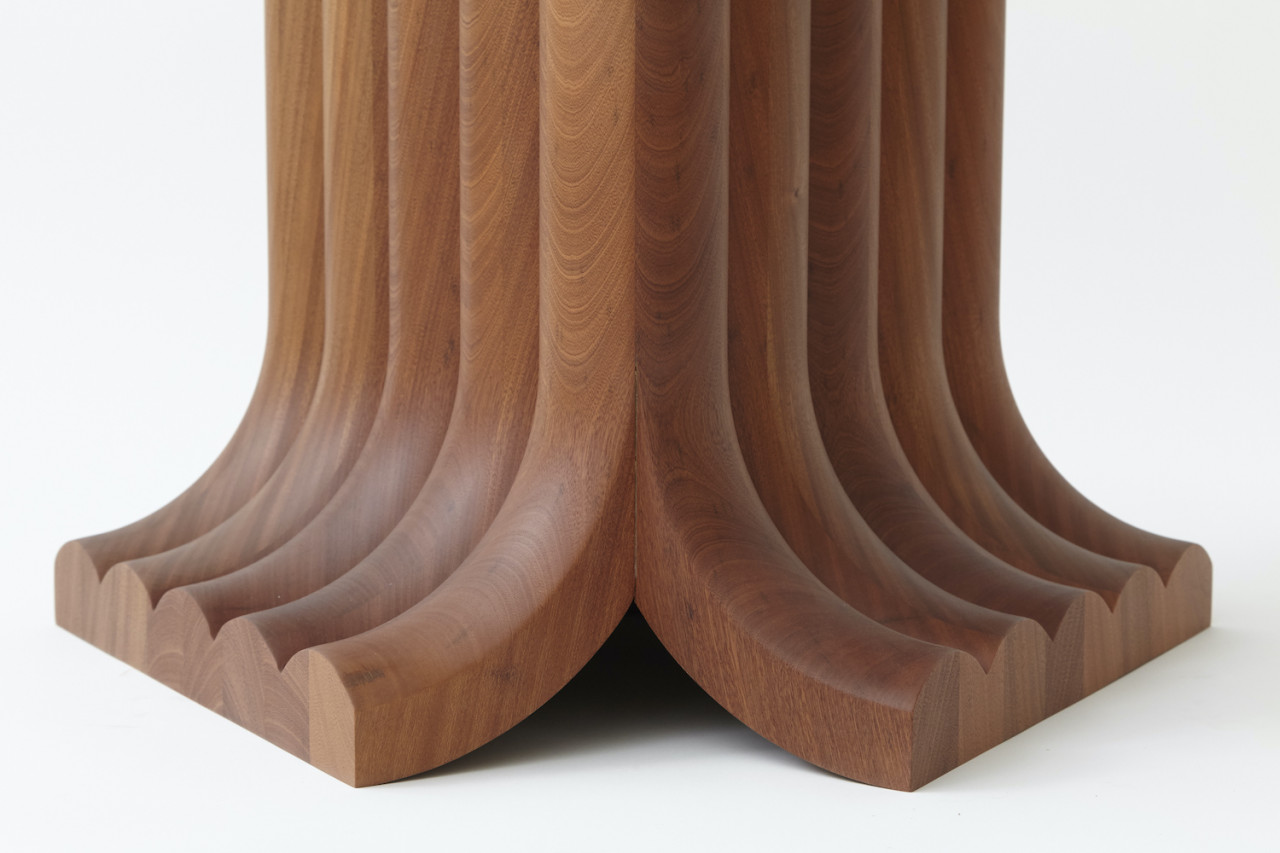 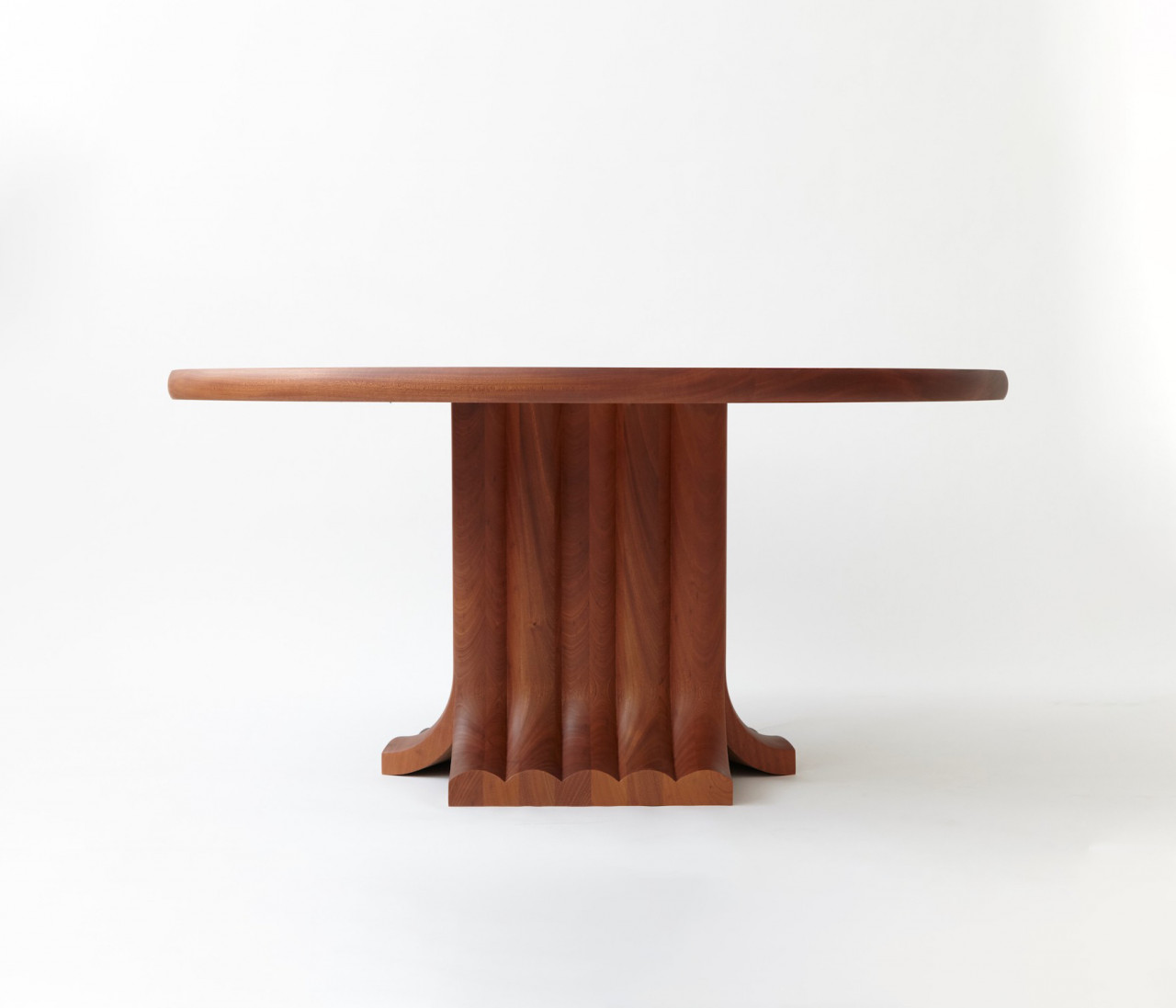 Bole Dining Table is a minimal dining table designed by Brooklyn-based studio Vonnegut/Kraft. The studio released a series of new pieces that was intended to be shown during the Architectural Digest Design Show within the MADE section, but instead will be shown by appointment at Colony. 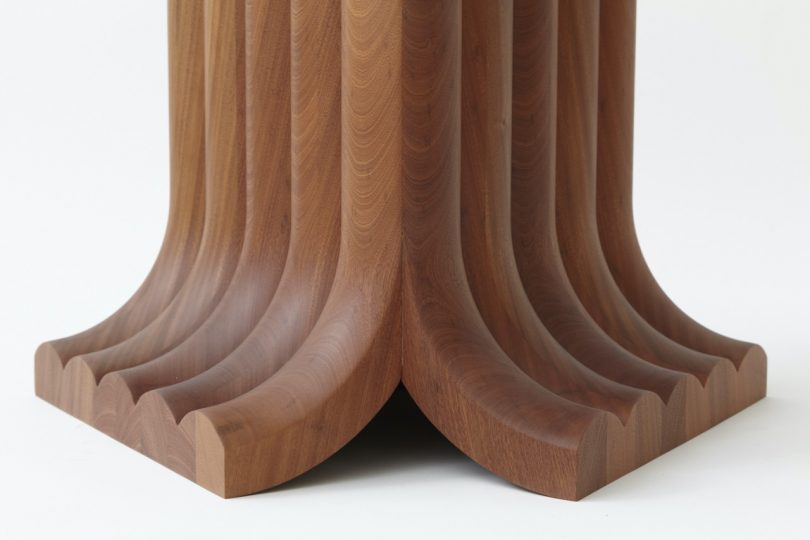 One of their newest pieces, the Bole Dining Table, features a pedestal consisting of flaring flutes – a nod to a tree trunk’s roots. The sculptural centerpiece was inspired by its namesake, channeling the naively rendered volumes of plant materials seen in a Henri Rousseau painting.

The studio was not remiss in alluding the Sapele wood table to its natural formation. As described by the designers, “Our pared down interpretation of a tree trunk is our tribute to the majesty of this material.” 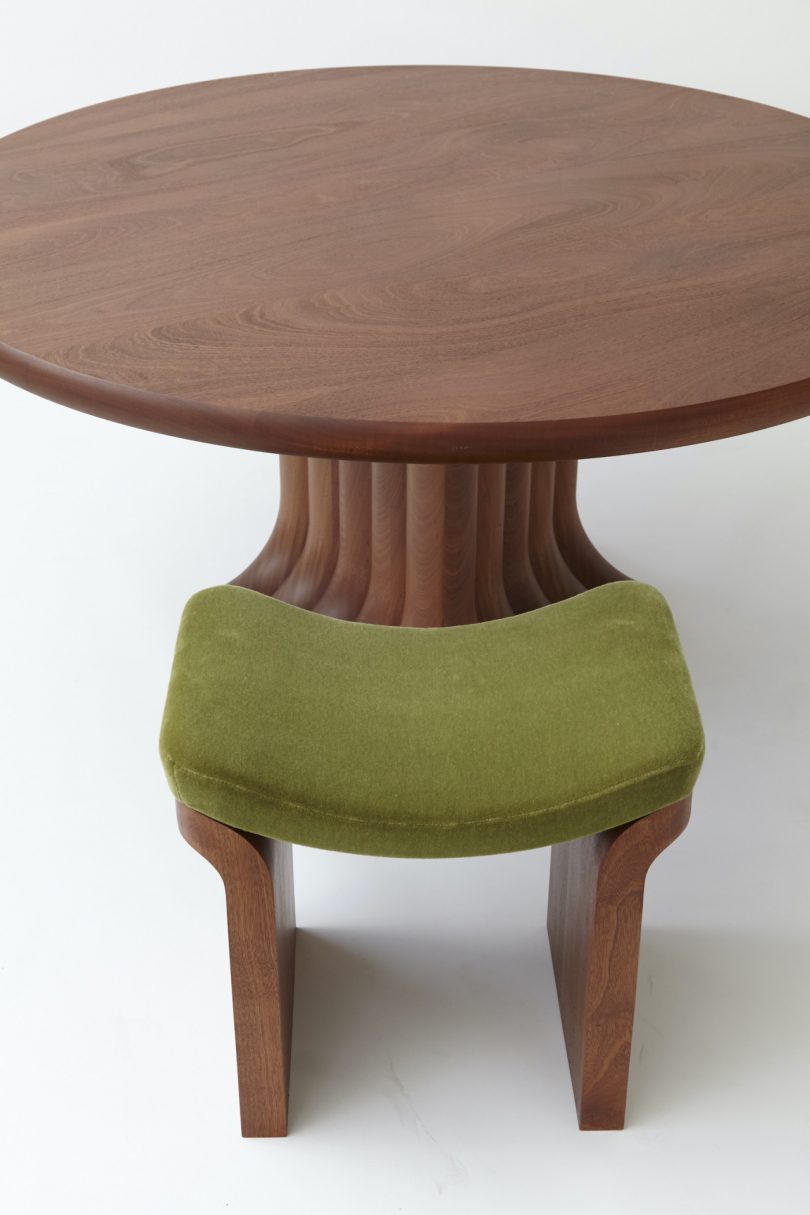 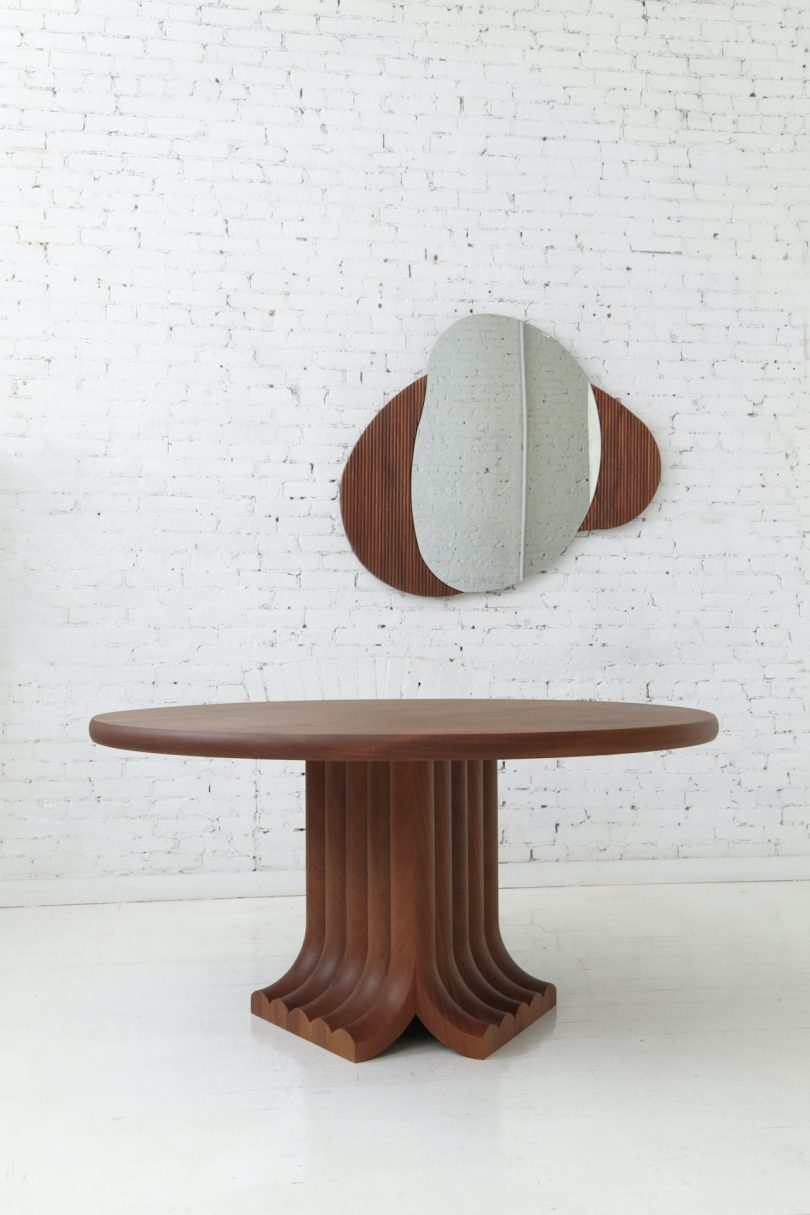 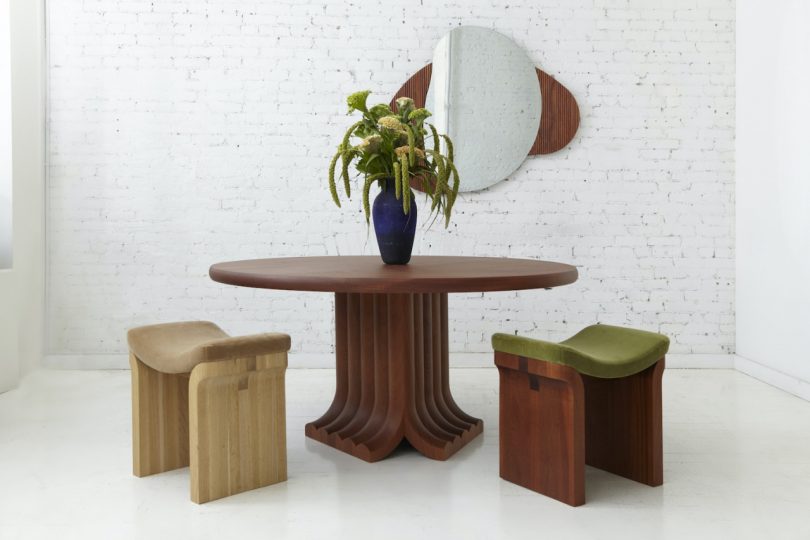 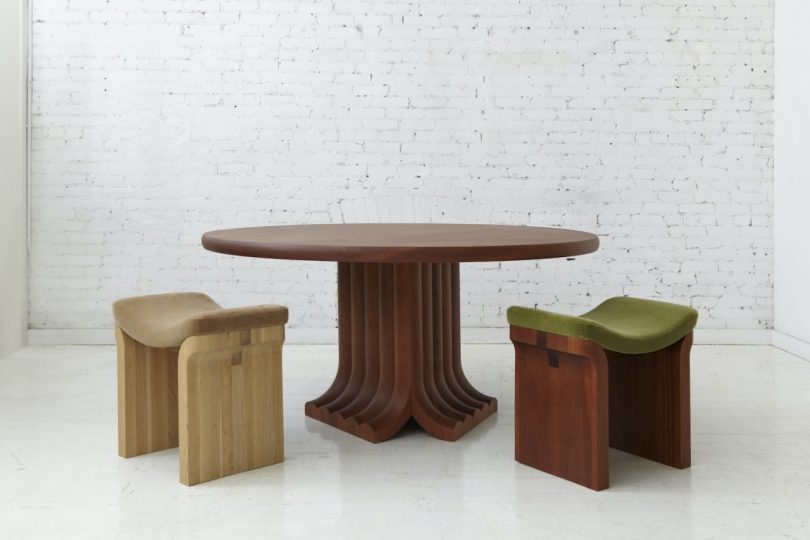