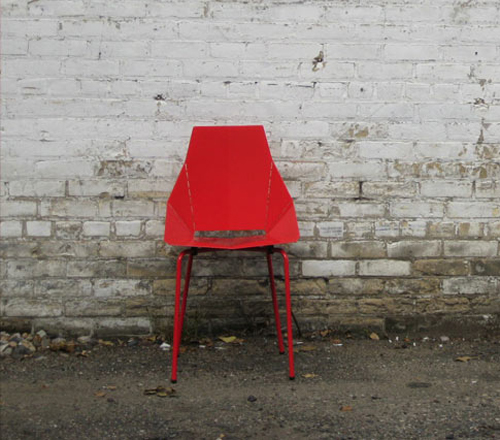 Today, 25 Real Good Chairs will be dropped around NYC. Many chairs will be GPS-enabled. You can follow their journeys in real-time here. And for updates from the field, follow the chair on Twitter. And once the chairs have reached their destinations, Blu Dot will follow up with the new owners as part of a documentary that will be released in December to celebrate the first anniversary of their SoHo showroom. Why are they doing this?

Well, when Blu Dot opened their SoHo store in 2008, they became surrounded by the resourceful culture of “curb-mining”: the act of finding furniture and art on the street. Now that a year has passed, they’ve collaborated with mono to conduct a curb-mining experiment of their own: What would happen if they left a bunch of Real Good Chairs all over New York, free for the take? Who will grab them? Where will they go? How will they get there? What will their new homes look like? Thus, the Real Good Experiment was born.