Minimalist design is always a crowd favorite with us. There’s something about the philosophy of paring back the extras to only highlight the minimal form that makes a project so captivating. From design exhibitions to home furnishings to interiors and exteriors, our resident minimalism expert, Leo Lei, found the best minimalist projects for our Skim Milk column. Here are the top 10 posts you loved in 2022. 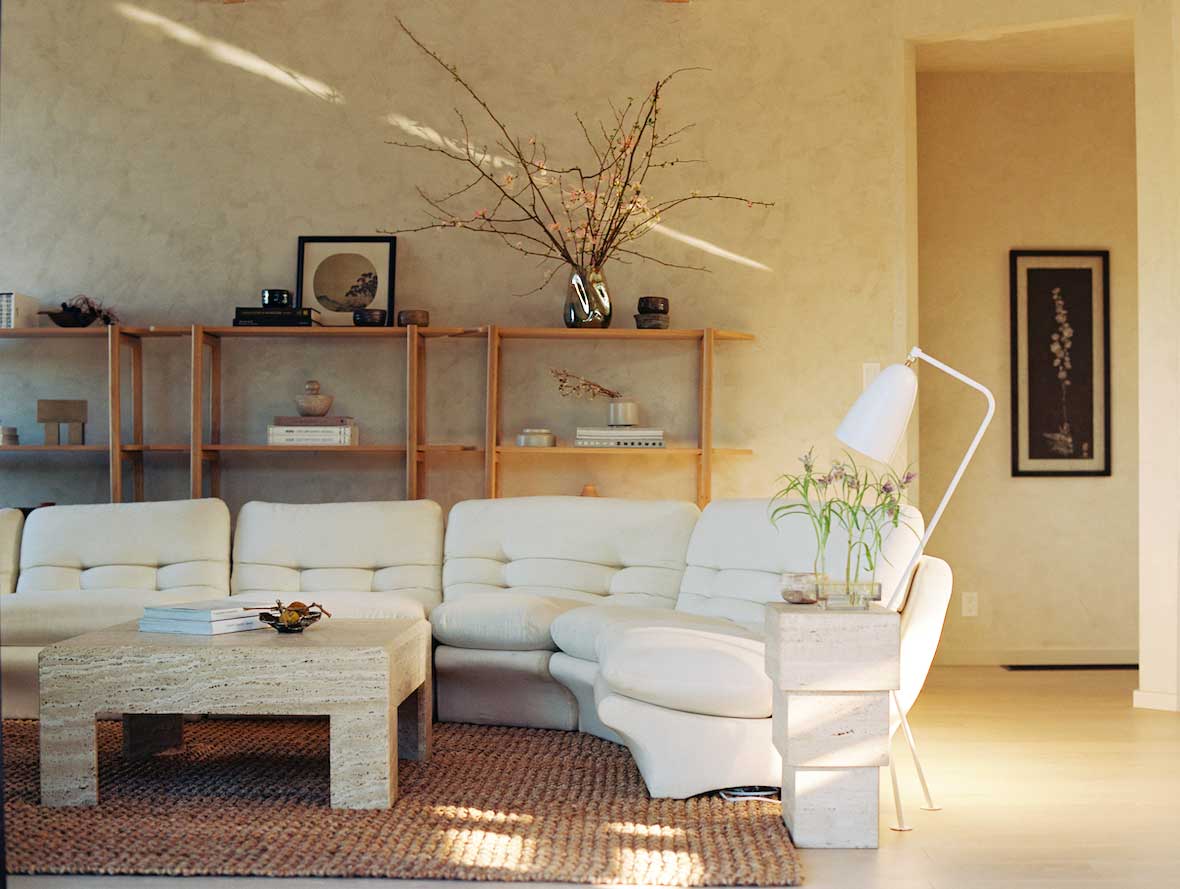 Designed by Joel Wong and Amanda Gunawan of Owiu, Palmero is a minimal, mid-century modern home set in the foothills of LA’s Mount Washington neighborhood. The home is inspired by the design of Japanese ryokans and sits in harmony with its surrounding landscape, providing a retreat to quiet the mind and take a pause. 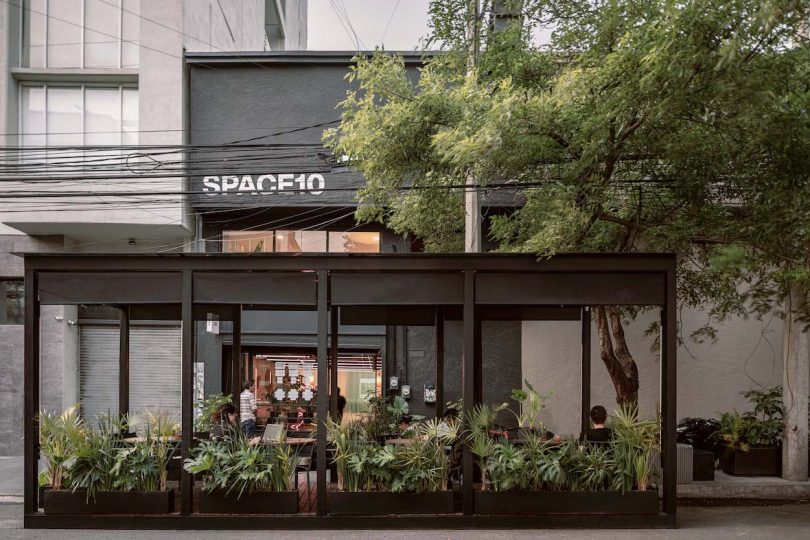 SPACE10 collaborated with spatial design lead Kevin Curran and creative studio Niños Heroes to transform LOOT, a gallery space that consists of two main configurations, into an exhibition area and an office space. The 14-day pop-up explored how design and technology can be a powerful force to create a better everyday life for both people and the planet. 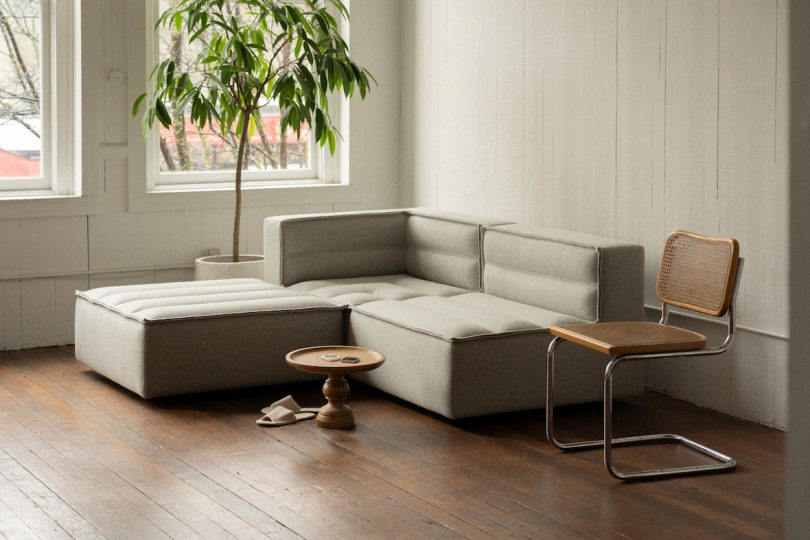 8. Chord Is a Modular Sofa System With a Quilted Supergraphic Topper

Designed by Canada-based brand Part & Whole, Chord is a modular sofa system that’s defined by its supergraphic topper and configurability based on a system comprising only three modules. The three modules, which includes an ottoman, corner, and chair section, allow for the possibility of unexpected configurations and arrangements. 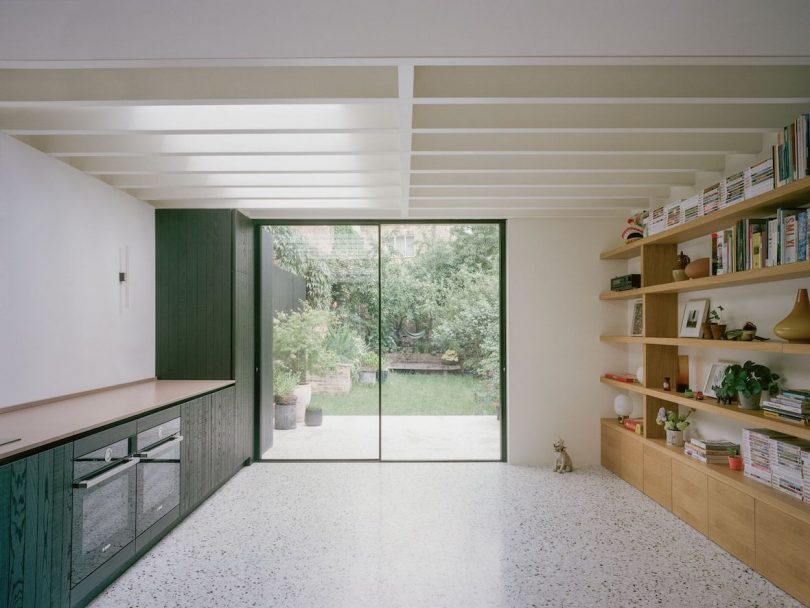 7. A Renovated East London Home With a Multifunctional Staircase

Paolo Cossu Architects sought to return a formerly partitioned house into a single-family home with a larger living and entertaining space along with an art studio. A key feature is the oversized wooden staircase that serves as a cross-level multifunctional space, becoming less a staircase and more of a vertical corridor allowing for seating and relaxation. 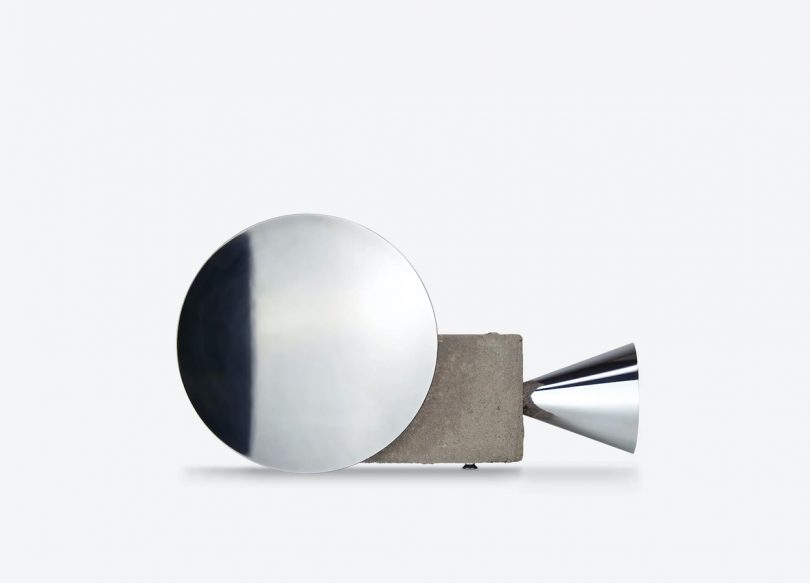 London-based designer Mark Holmes designed Common Parts for Minimalux. The minimalist series of limited edition objects is the result of a brief in which only pre-existing parts and materials within Holmes’ immediate environment could be used, together with unrestricted access to the contents of the Minimalux component shelves. 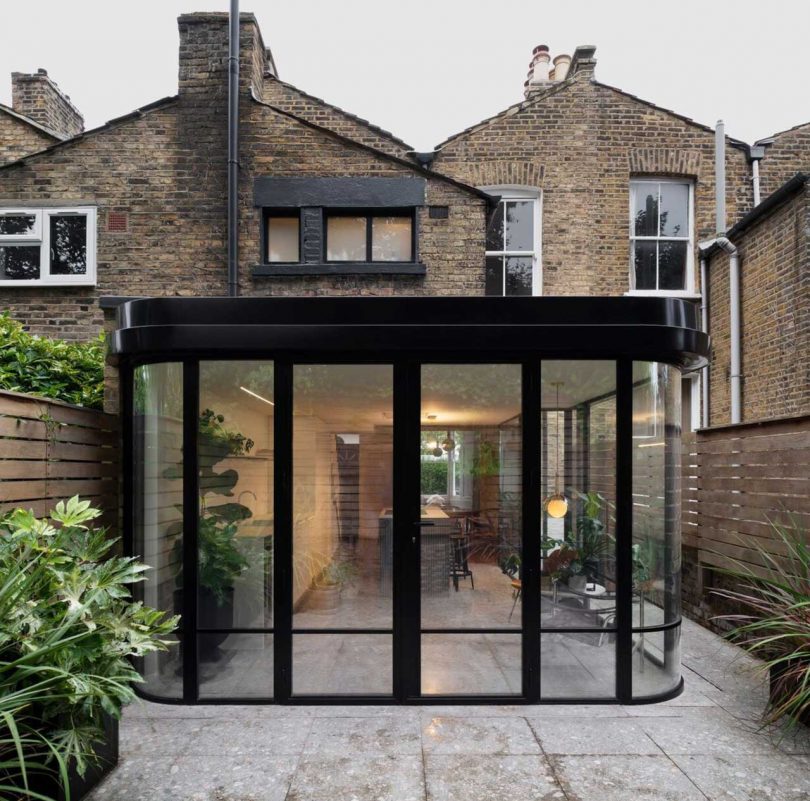 A Victorian terrace house was upgraded with a north-facing glazed pavilion designed by Bureau de Change, creating a seamless transition between the refurbished kitchen and landscaped garden. Inspired by curved shopfront windows from the Victorian era, the simplicity of the form belies a complex structural solution that creates the sense of a floating roof. 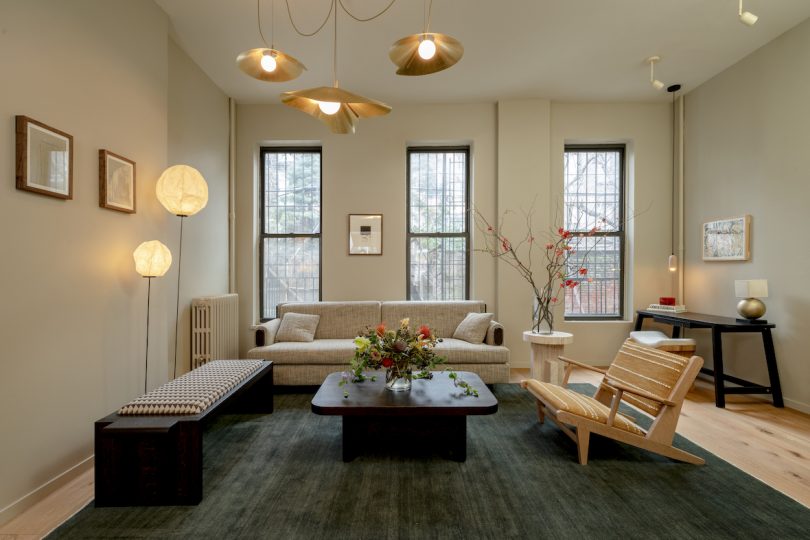 Designed by General Assembly, Assembly Line Design Center is a brick and mortar store located in Brooklyn’s Boerum Hill. The launch of the storefront marks General Assembly’s ten-year anniversary since its founding in 2011, and have grown to become one of the most highly-regarded interior design and architecture firms in North America. 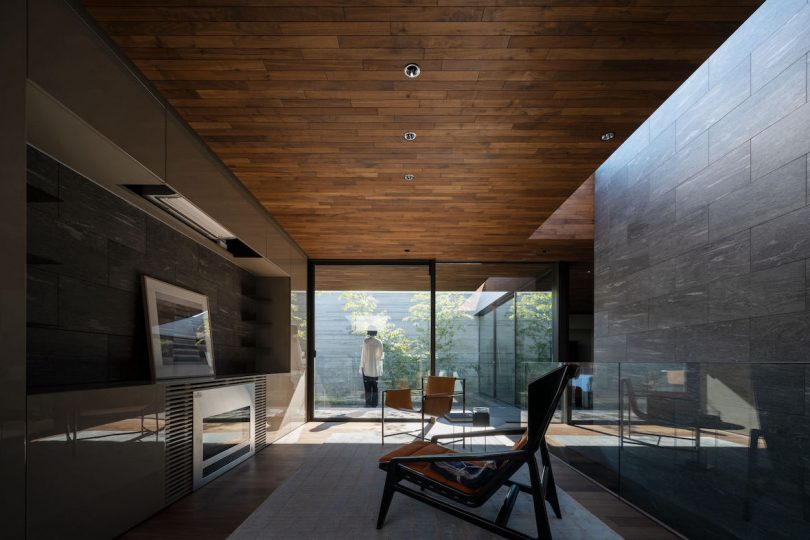 3. A Modern Home in Tokyo With Two Courtyards Blending the Indoors + Outdoors

APOLLO Architects & Associates designed Timeless, a minimal residence located in Tokyo, Japan, for their clients, a couple who wanted to rebuild their home as they were entering a new phase of their life after their three children left home. Consisting of two courtyards, arranged in parallel to each other, the home is full of soft diffused light and abundant greenery seen on both sides. 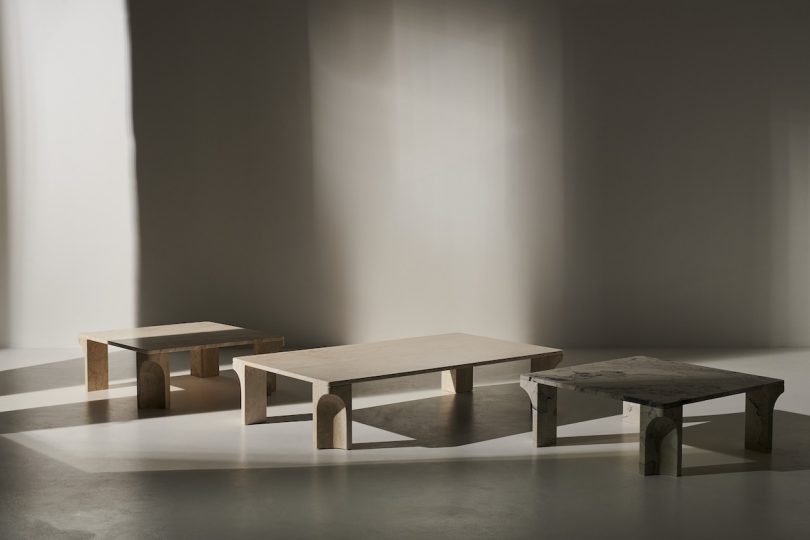 Copenhagen-based studio GamFratesi designed a series of minimalist coffee tables for GUBI. Presented during 3daysofdesign, the Doric Coffee Tables feature a vertical fluting closely resembling its namesake: the Doric column. Greek and Roman architects used grooves to present a more rounded profile while maintaining rhythm and balance to the form.

And the most popular Skim Milk post of 2022 is… 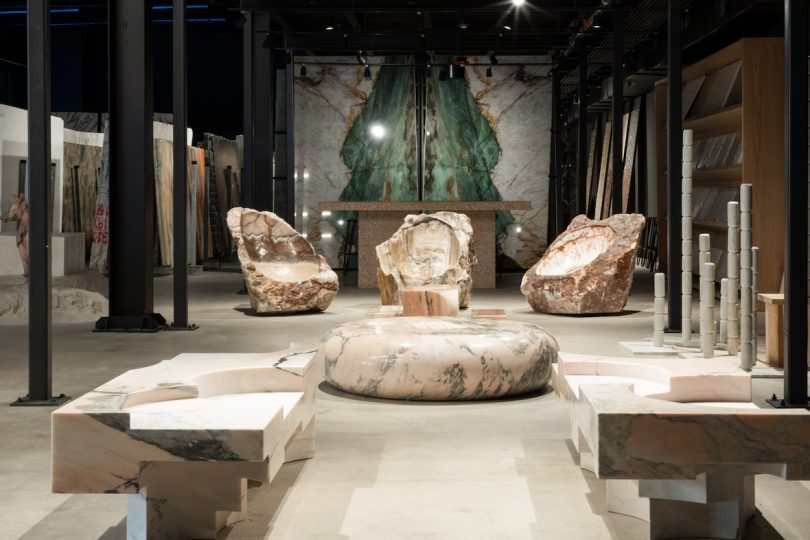 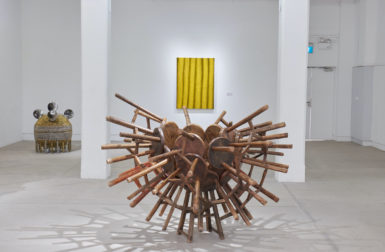 An exhibition that connects the founders of Minimalism and some of the most well-known Asian artists of the twenty-first century. 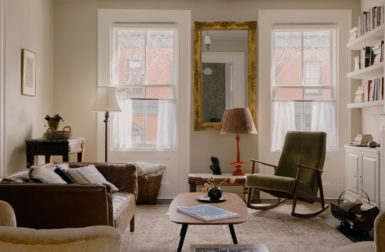 A Boerum Hill Residence With a New Romantic Aesthetic

This Boerum Hill residence in Brooklyn, by Bespoke Only, is inspired by the Norwegian and English countryside, with a "new romantic" aesthetic. 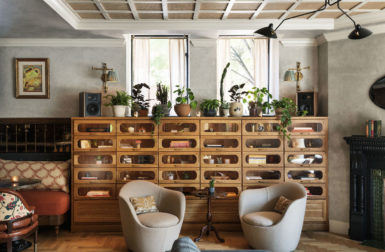 The Quoin is a minimalist boutique hotel in Delaware that gives nod to the region's aesthetic while incorporating modern decor and a subdued, earthy color palette. 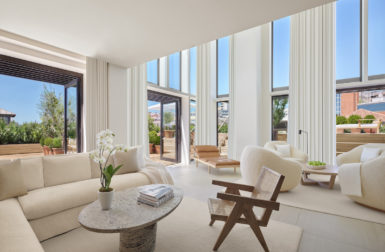 The Madrid EDITION Hotel Gives Nod to the Spanish Capital

The Madrid EDITION hotel offers a sophisticated atmosphere that captures the city's alluring character and soul, increasing the appeal of the Spanish capital.