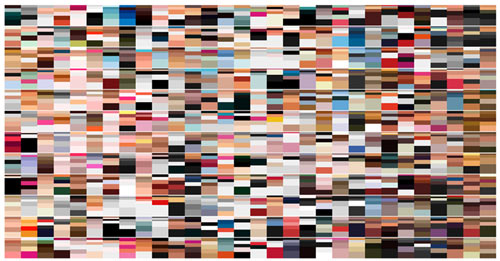 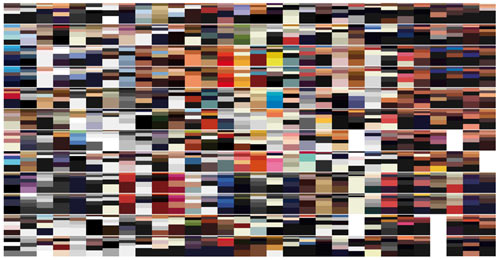 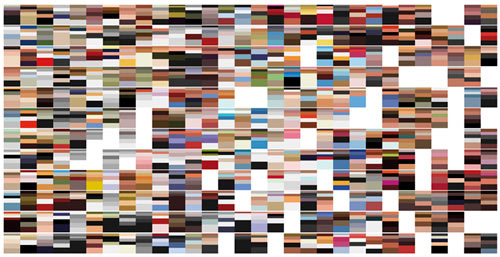 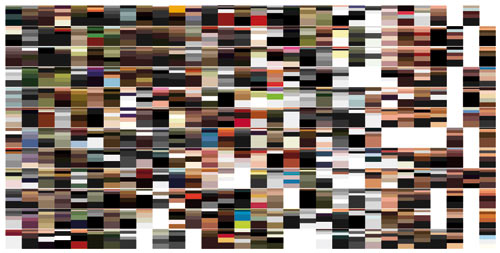 British artist Arthur Buxton set out to chart the color trends used on Vogue magazine covers through the years from various editions around the world in his series Vogue Covers Covered.

Using open source sampling tools, he painstakingly went through decades of Vogue and created color palettes from the five most prominent colors from each individual cover. Each piece features a particular edition’s 30-year history by lining the color palettes up and creating a visual feast.

Each column features a year of covers beginning in September 1981 at the top to October 2011 at the bottom right. It’s fascinating to see the color trends over the years and what each one leans towards. Each one is available as a limited edition print with 10 being the edition size.