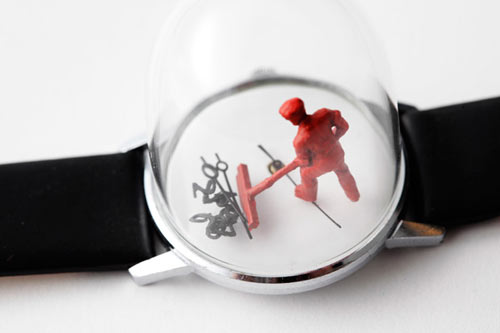 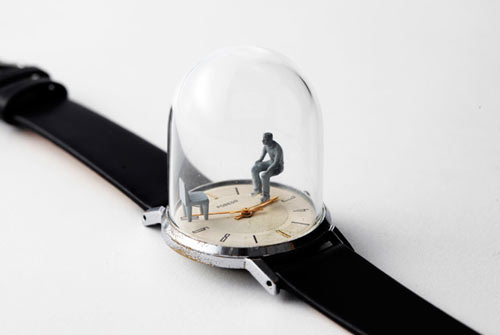 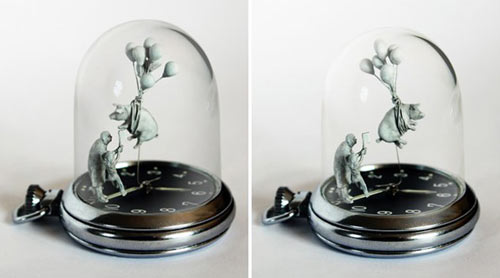 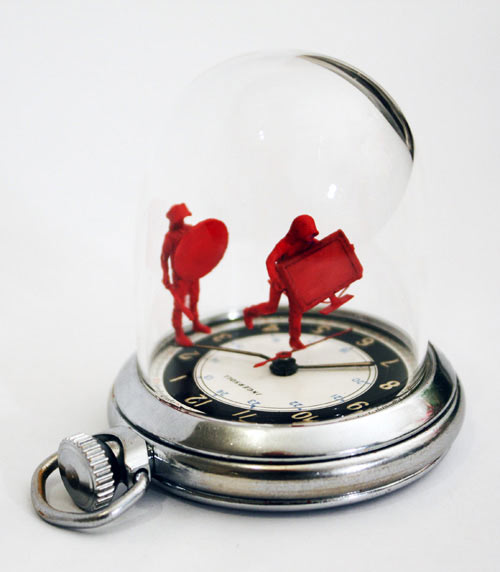 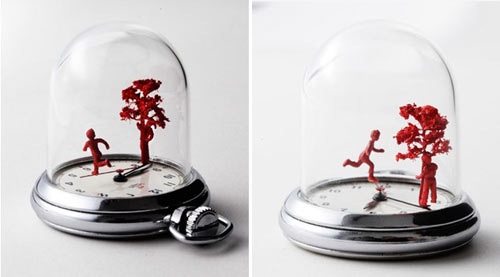 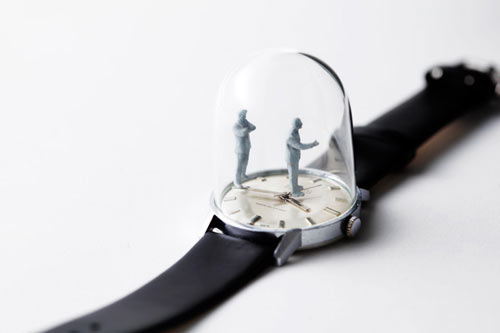 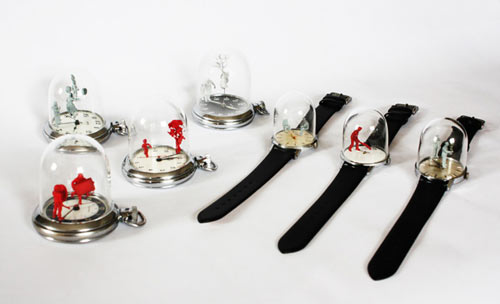 I can’t get enough of whatever magic comes out of Dominic Wilcox‘s brain… this time he’s created a series of clever watch sculptures for Dezeen Space at the London Design Festival. He’s attached figures to the hands of watches to signify the interaction between the hands, as well as the idea of fleeting time and unending repetition.

He says, “The miniature figure on the second hand moves around constantly and the figure on the minute hand appears stationary. I spent time thinking about the relationship between the two people, how one passes another repeatedly and I tried to think about when that situation happens in real life or in an imagined scenario.”

The unrequited handshake. “The outstretched hand of friendship is continually rejected.”

Adventures of a young vegetarian OR Pigs shall fly. “A small girl attempts to stop a butcher chopping up a pig by hanging on his arm while the pig floats away.”

Hide ‘n’ seek. “A pig tailed girl hides behind a tree from a searching boy.”

The sitting man. A man so engrossed in his iPhone that he fails to notice a monkey balanced on the head of a weightlifting boy standing on the arm of an elderly rollerskater.

London looter. A hooded youth on the second hand carries away a LCD TV while a riot policeman looks on passively. “I had to walk across Mare Street in Hackney to get home during the riots. I remember seeing a boy carrying an LCD TV down a back street. I noticed how the police seemed unsure how to react, holding their circular shields while the boy held a rectangular TV.”