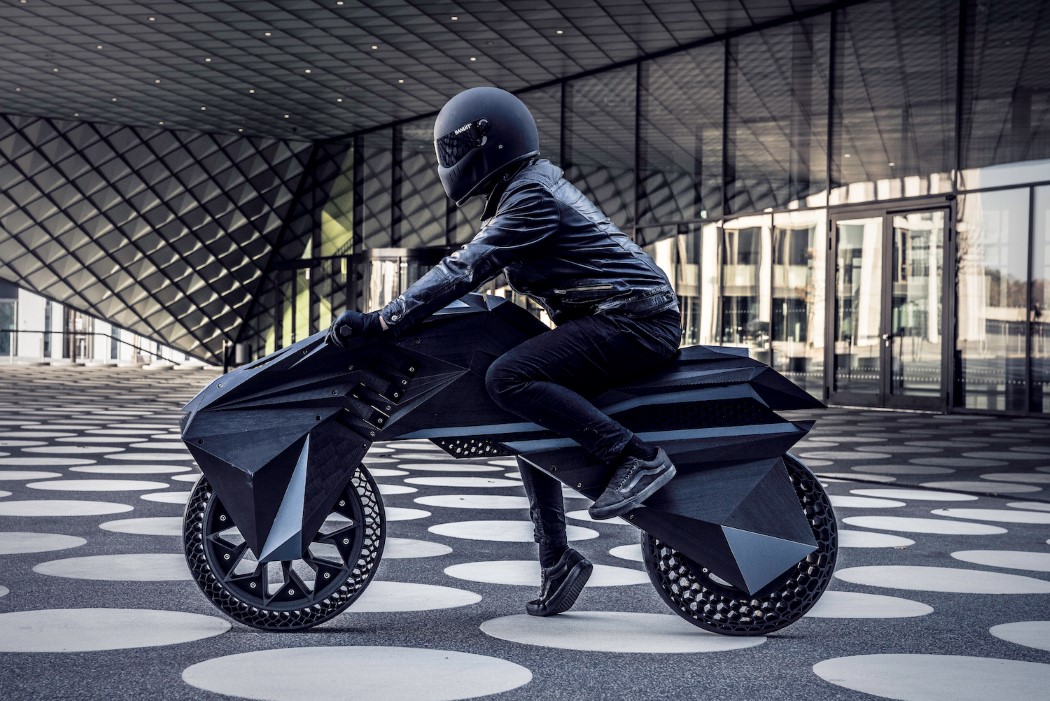 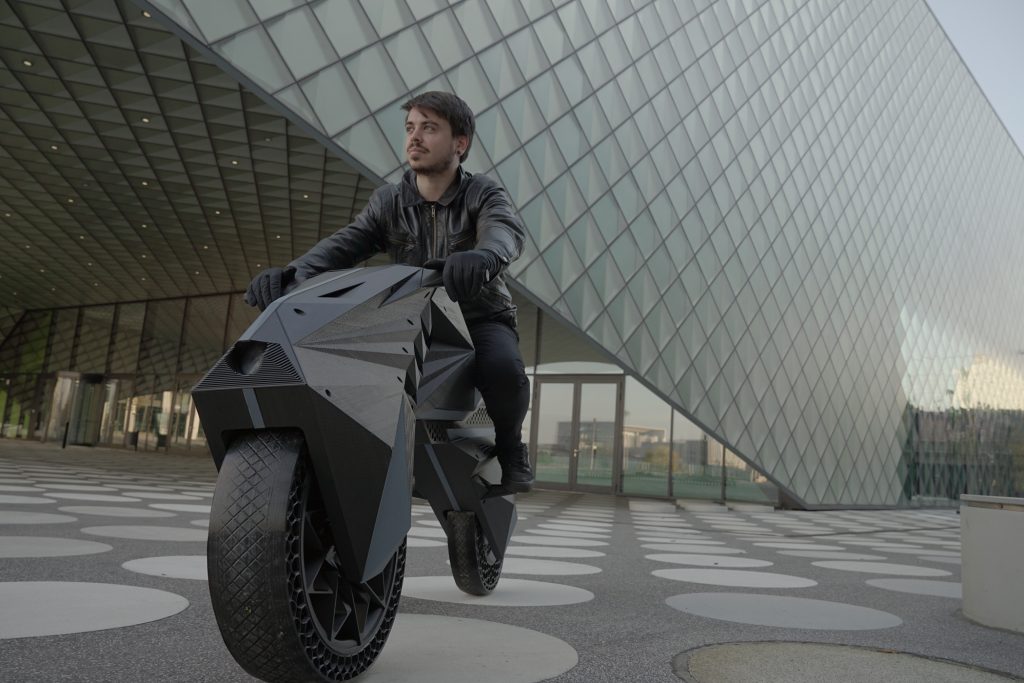 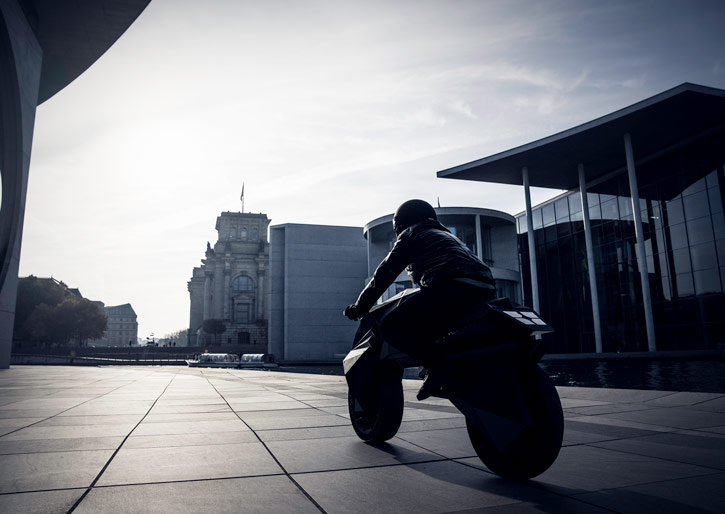 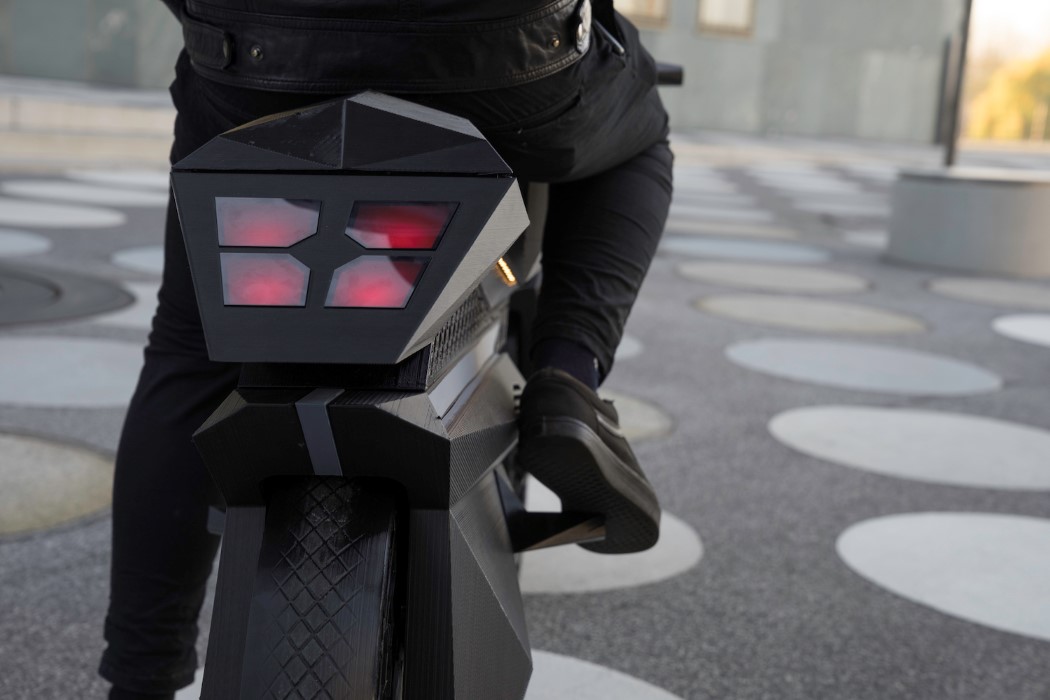 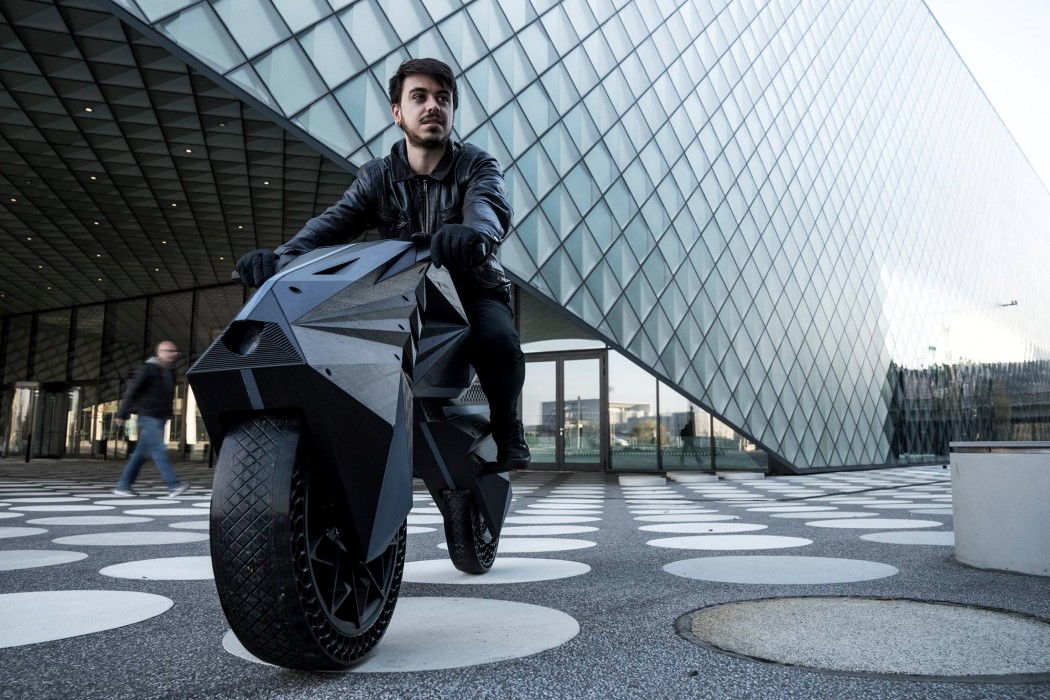 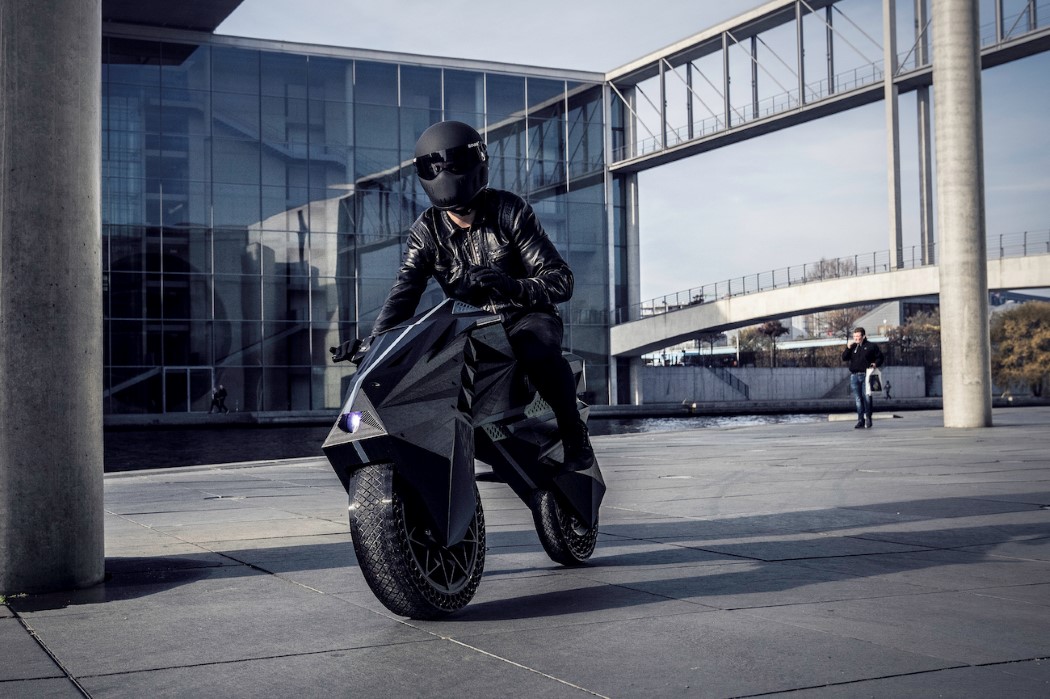 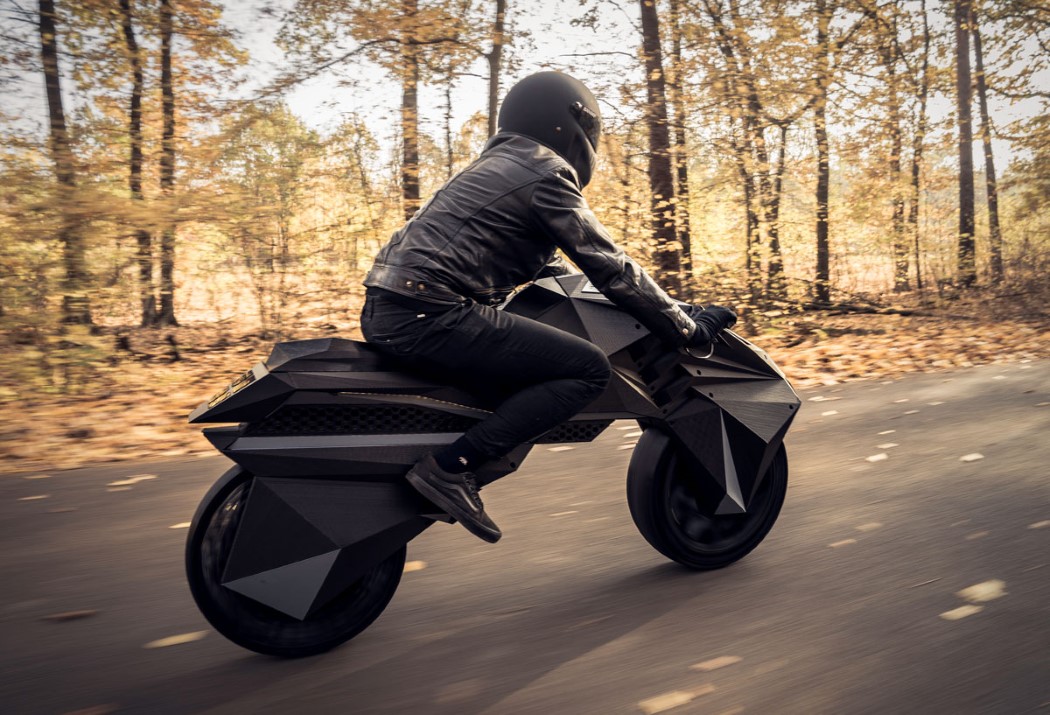 What you’re looking at isn’t a movie prop, but in fact the world’s first fully 3D-printed e-motorcycle – the NERA – an aggressively-styled prototype showcasing the continually accelerating capabilities of additive manufacturing with large-scale 3D printers. 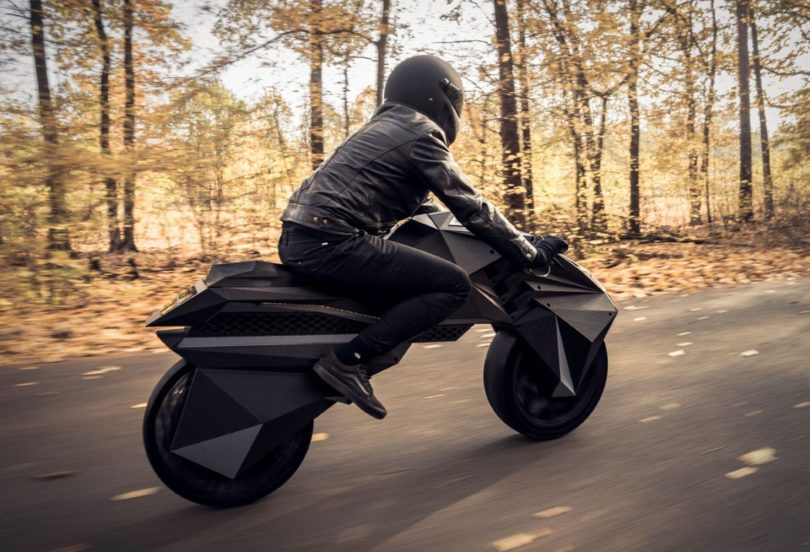 The Nera’s tires, rims, frame, fork and seat, basically everything but the electronic components, were 3D printed.

Equipped with a fully-electric engine, airless tires, forkless steering, and an array of embedded sensors, the faceted design by Berlin-based 3D printer manufacturer BigRep’s innovation arm, NOWLAB, reveals both the capabilities and limitations of large-sized 3D printing. No doubt the assertively chiseled paneling, fender, and fairing designed by NOWLAB’s Marco Mattia Cristofori with Maximilian Sedlak give the NERA electric motorcycle the dark attitude of a vehicle pulled straight from a Christopher Nolan helmed film, but its geometric profile is also fairly simple, reflecting the strength of additive 3D printers, a technology that still leans toward angles over curves. 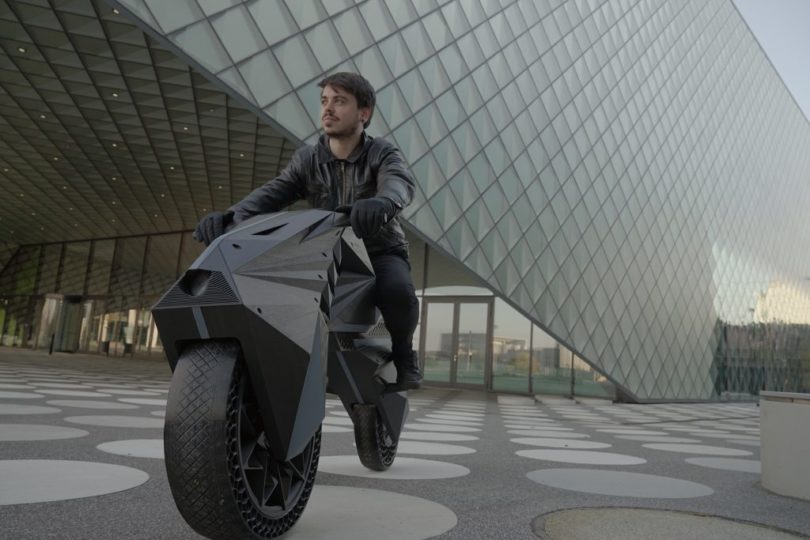 The NERA combines several innovations developed by NOWLAB, such as the airless tire, functional integration and embedded sensor technology. This bike and our other prototypes push the limits of engineering creativity and will reshape AM technology as we know it. 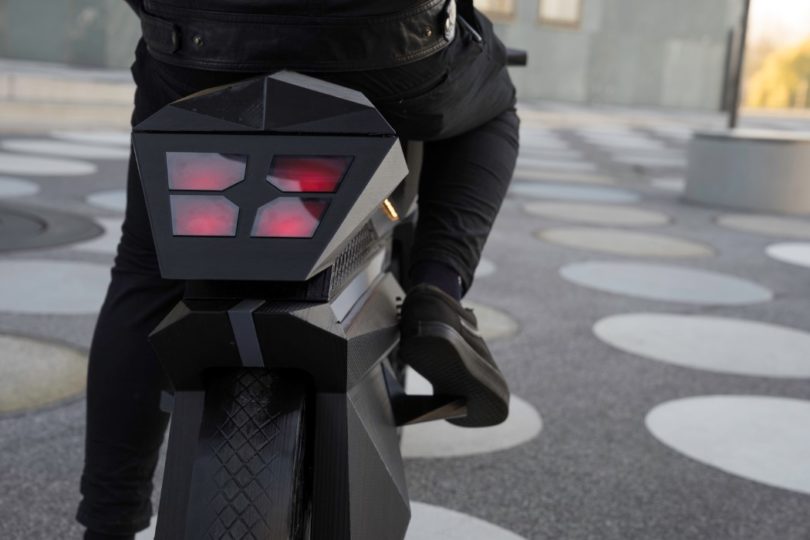 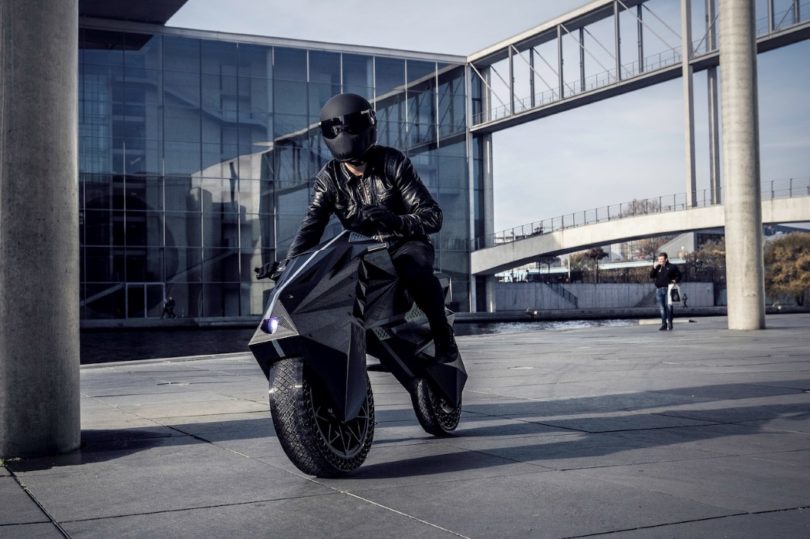 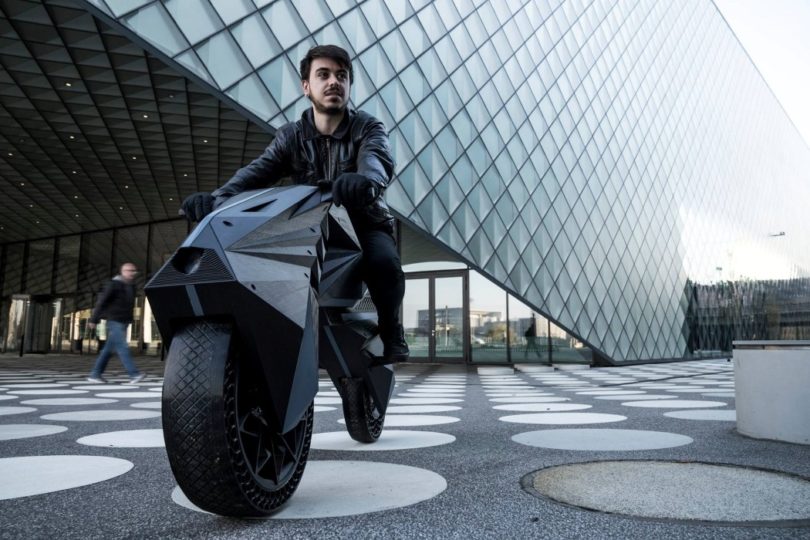 The NERA is unlikely to ever see the light of day as a production model, intended primarily to illustrate the design, manufacturing, and logistical benefits using BigRep 3D printers in the production of end-use parts. But details like the NERA’s airless tires with customized tread and lightweight rhomboid wheel rim design will in all probability make their way in future iterations of consumer and commercial vehicles in due time.