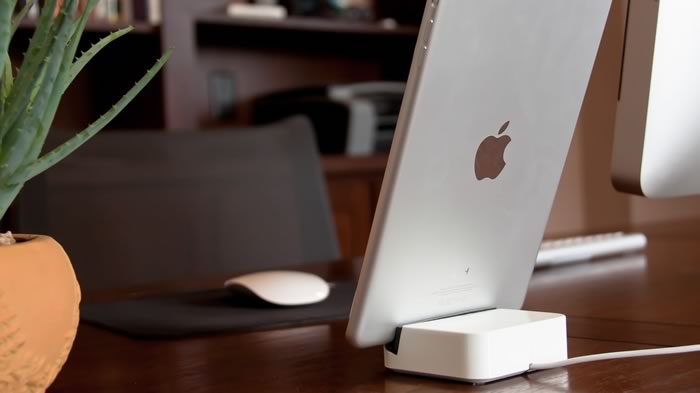 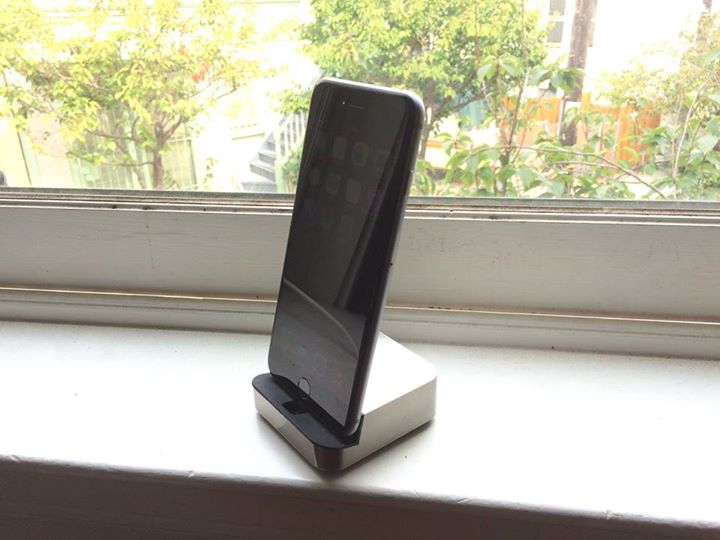 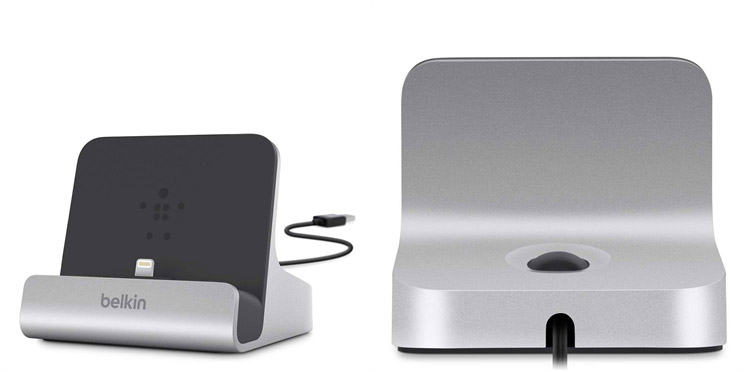 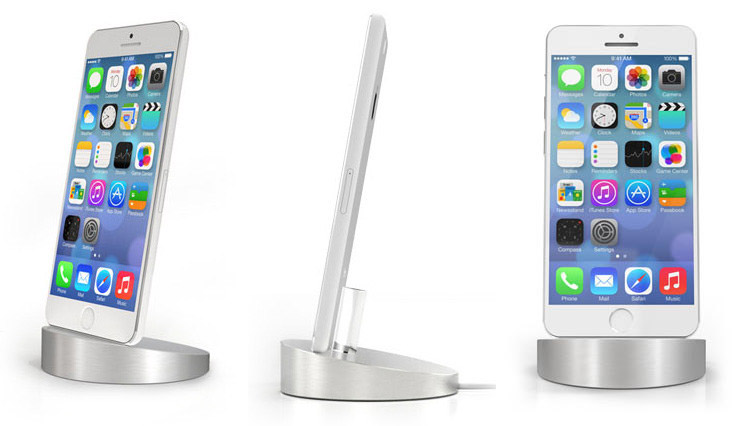 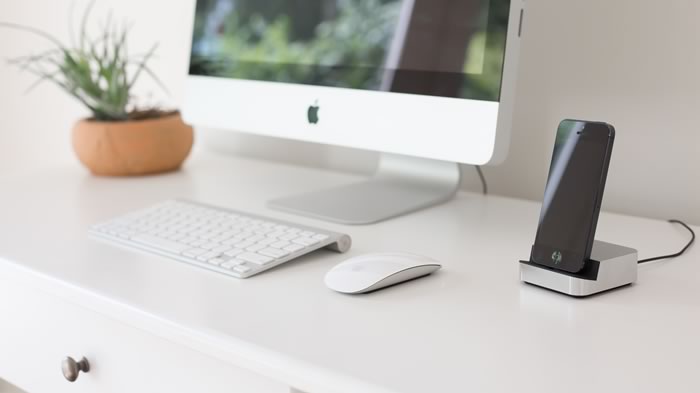 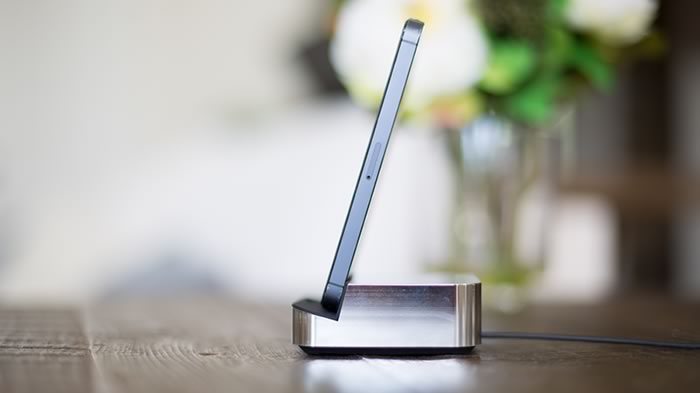 The team at Dock+ shared this photo of their peripheral accommodating for the larger sized iPhone 6 Plus model with ease.
2/6 Photos

After less than a week of using the iPhone 6 Plus I can confidently make three recommendations:

1. Get a case: You’ve likely already read or seen the video which ignited “Bendgate”, showing iPhone’s susceptibility to damage while in pockets. Options are slim right now (I went with Apple’s leather case), but almost any case will protect against bending when compared to a naked iPhone.

2. Apply a screen film: An extra layer like the Zagg Invisible Shield or Power Support Anti-Glare Film is a prudent investment against errant scratches. There’s a lot more screen real estate to connect with all sorts of sharp edges.

3. Invest in a charging dock
The first two recommendations may seem obvious when considering the long-term protection of a device with up to a 5.5″ screen, but the last might elicit a suspicious, “why?”. 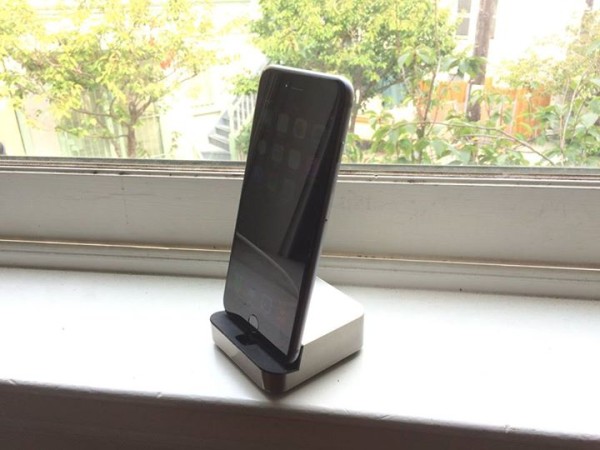 The team at Dock+ shared this photo of their peripheral accommodating for the larger sized iPhone 6 Plus model with ease.

I plan to always charge using a docking stand because of concerns about the screen’s larger size (keeping the device at an upright position reduces the chances of accidentally incurring a cracked screen) and also because of reports the new iPhones support faster 2.1-Amp charging. When connected to a newer model Mac or a higher current power plug, both new iPhones now draw in an extra 1600 mA of power compared to the base 500 mA fed by the standard USB module which ships with the phones.

The problem of course is Apple hasn’t decided to offer their own compatible dock, and the current selection of Lightning docks are limited when editing out with design and stability in mind. I’ve picked the following three options – some actually originally designed for the iPad Air and iPad mini – all with a small, but stable base for charging and displaying the new phones safely, but with designs that complement Cupertino’s aesthetic: 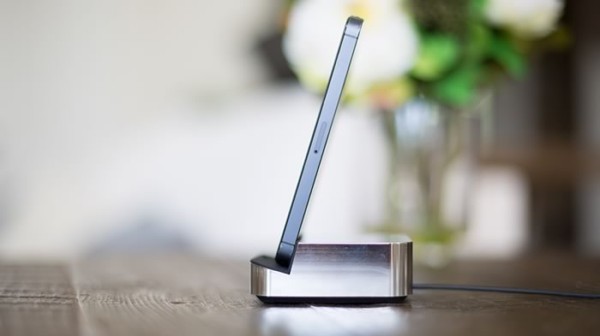 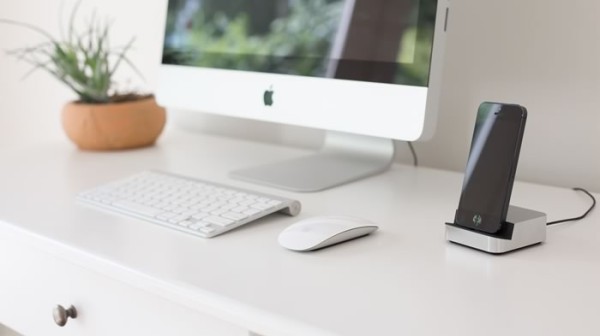 The Dock+: The original 2 lbs. of solid steel design Dock+ was already over-engineered for the iPhone 5 models, and it confidently accommodates for the wider and larger iPhone 6 models (as shown here). Each Dock+ is made in Boulder, Colorado and the non-branded design is available in both black and white. 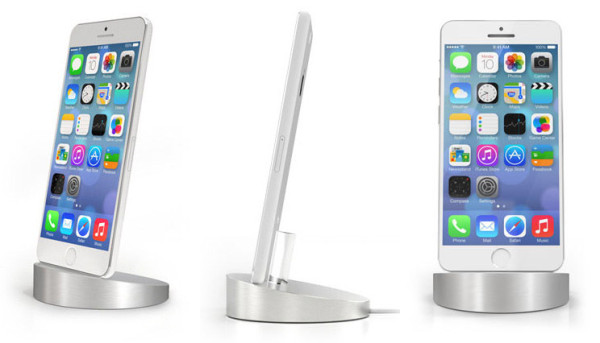 The Lightning Dock: If you’re a disciple of the belief “less is more”, but still want a stable docking stand, this puck-shaped anodized brushed silver or black aluminum design hits both marks. And despite the smallest of the trio offered here, the Lighting Dock can even fit iPhones with cases thanks to an adjustable back support design. 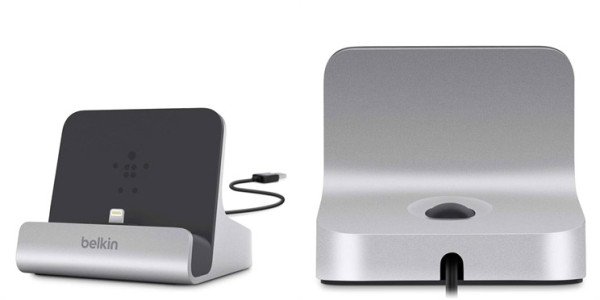 Belkin Express Dock: Stable enough to hold up an iPad or iPad mini, Belkin’s charging dock’s design features a built-in 4-foot USB cable and is backed by a two-year limited warranty. The only qualms about the Express is the branding, which would have been more aesthetically pleasing placed at the back of the stand.