With its short distance from Los Angeles, Palm Springs is a popular locale for those looking to escape the urban sprawl for a little bit of laid back paradise. It’s also a major draw for design lovers around the globe as it’s world-famous for its mid-century architecture. With Modernism Week still going on through February 26th, we decided to take a look at some of the mid-century wonders Palm Springs has to offer. 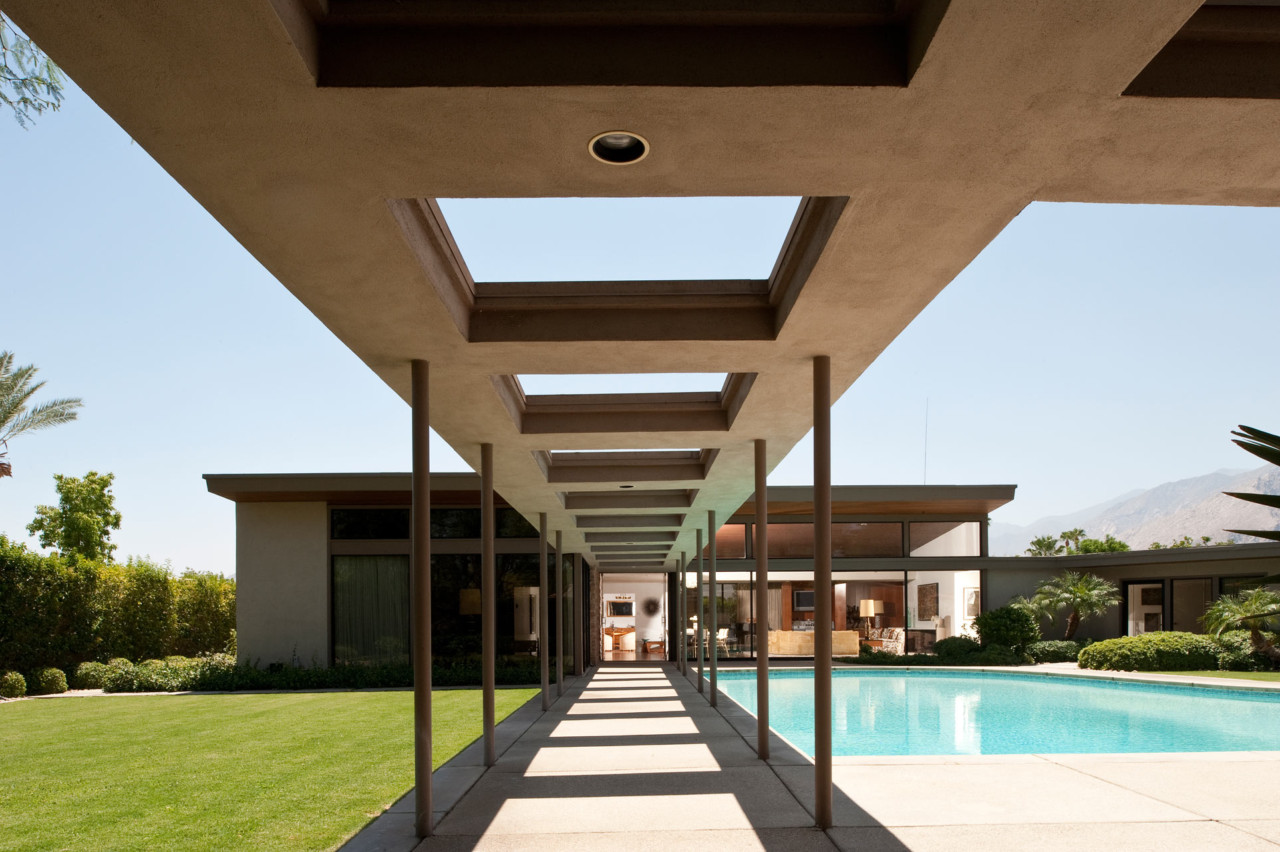 The famed Sinatra House was designed for Frank Sinatra and his first wife, Nancy, by E. Stewart Williams in 1947. It marks Williams’ first commission after he joined his family’s architectural practice, Williams, Williams, & Williams. The pool is even shaped like a piano. 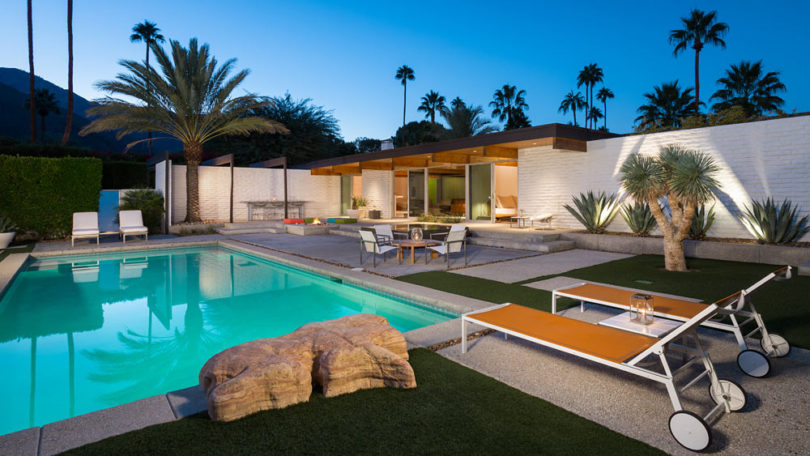 Donald Wexler’s name is pretty synonymous with Palm Springs architecture and his 1957 Florsheim/Leff House is one of the best expressions of that. With post and beam architecture and expansive windows, the two-bedroom house is picture perfect for California indoor/outdoor living. 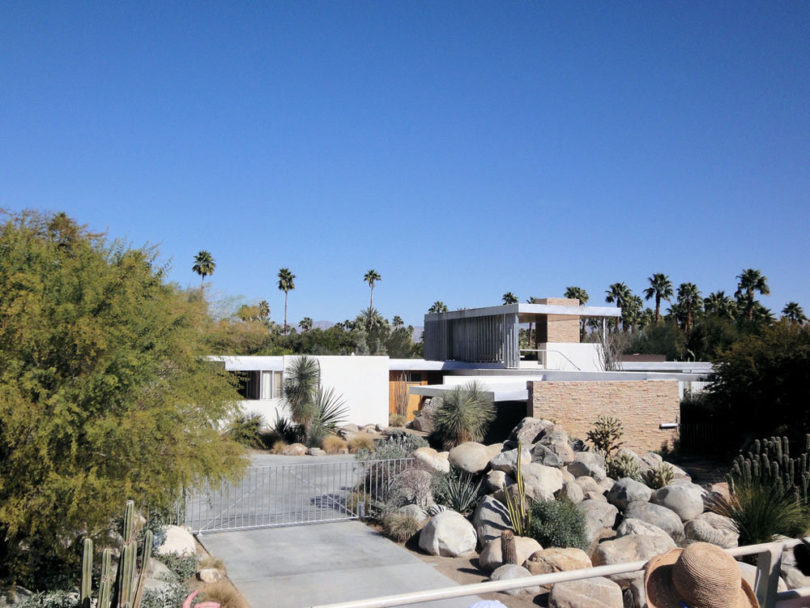 The Kaufmann House was designed by Richard Neutra as a vacation home for a family looking to escape brutal winters and was famously photographed by the legendary Julius Shulman. It was completed in 1946 with an extensive restoration by Marmol Radziner + Associates completed in the mid-1990s. 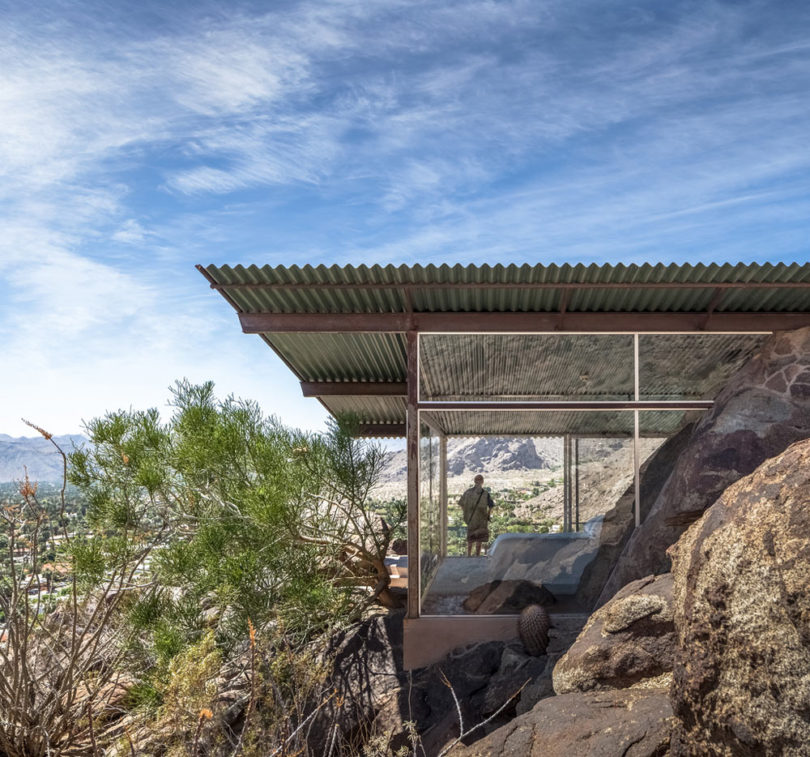 The Frey House II was built in 1964 by architect Albert Frey with mostly glass walls that frame the surrounding rocky landscape. The house even incorporates the massive rocks inside where many would have excavated the material or chosen not to have built there. 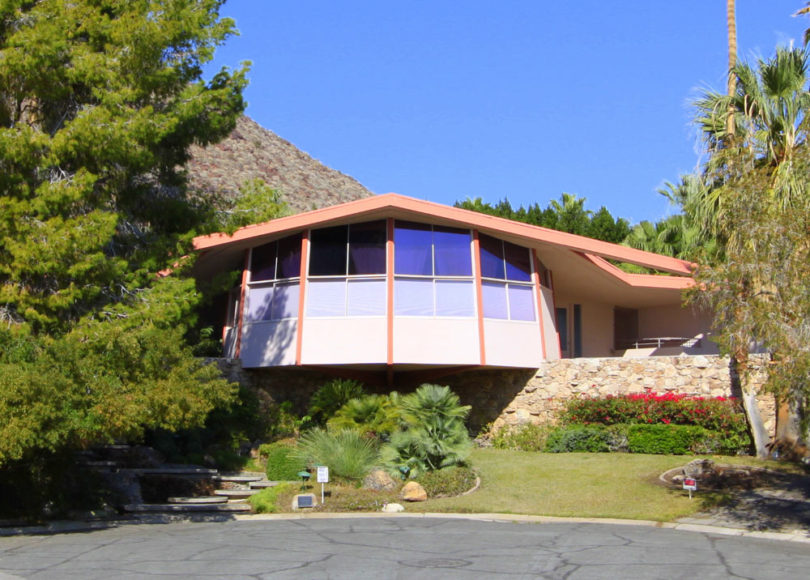 Dubbed Elvis’ Honeymoon Hideaway, this 1960 house was built by developer Robert Alexander, and while several people have been called the original architect of the home, it still hasn’t been resolved (it’s believed to have been William Krisel). After the Alexander family were killed in a plane crash, the house was leased by Elvis, hence its name. The design consists of four circles on three different levels with lots of glass and stonework. 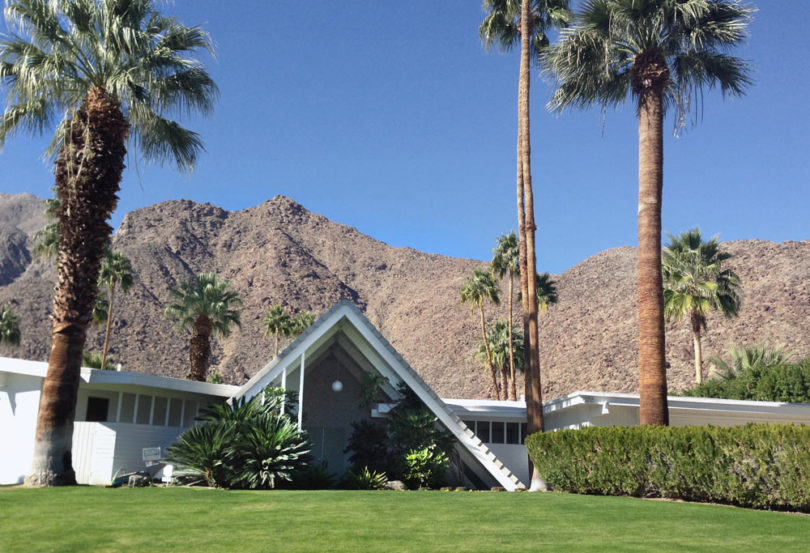 With a triangular A-frame front, similar to that of a Swiss ski chalet, the Swiss Miss houses were designed by Charles Dubois in a section with about 15 other homes just like it. The unusual front spans two-stories tall giving the home some dramatic curb appeal. 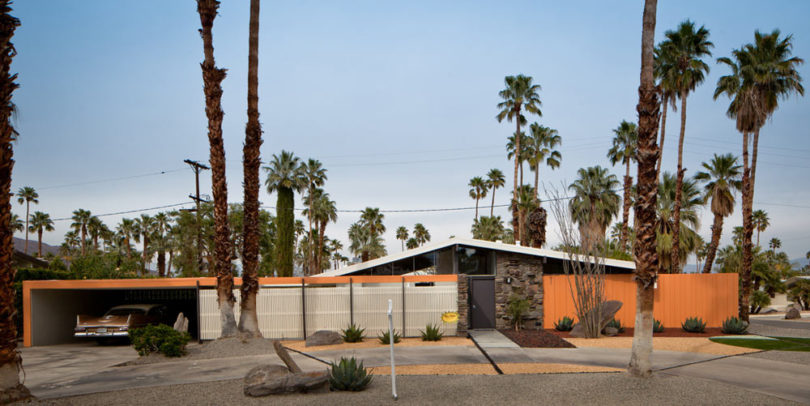 Model A2 Residence is a home by Palmer & Krisel (Dan Palmer and William Krisel) that was designed in 1957 as part of the Twin Palms Estates Development. To ensure all the homes didn’t look alike in the subdivision, they designed alternate rooflines to change it up. Back in the day, these homes only cost around $30,000 brand new! 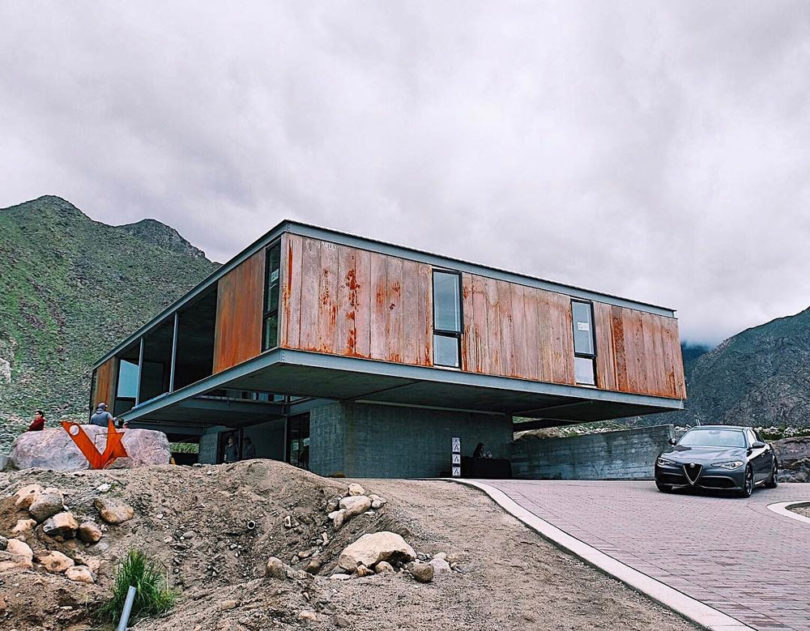 On the last Palm Springs hillside development, the Chino Canyon Project is a new home that was designed by mid-century architect Al Beadle. The unbuilt plans were found by his Phoenix estate and were built following his original drawings.

For more things to do and see during Modernism Week, check out our guide. 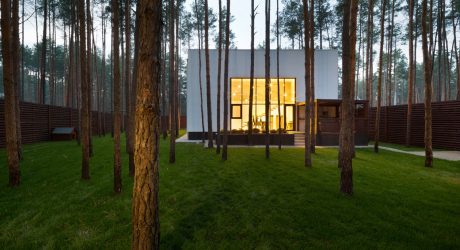 CUBE: A House Located in a Pine Forest in Kiev 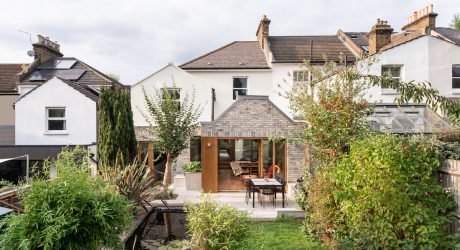 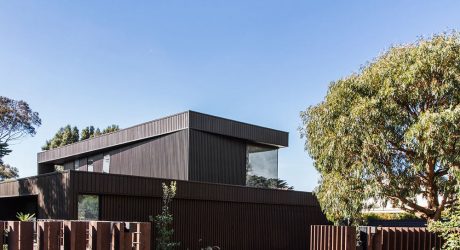 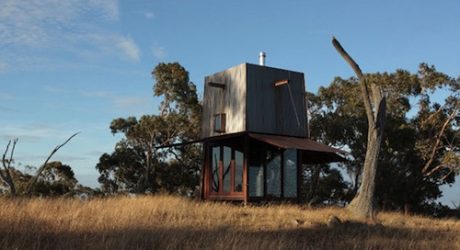 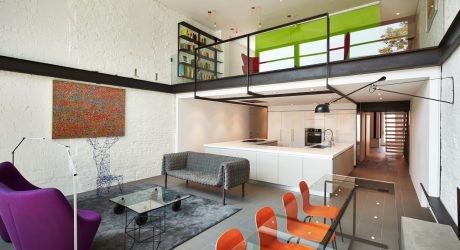 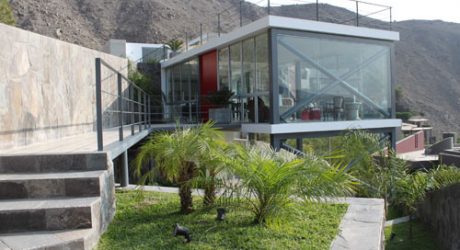 House on a Hill with a Relaxing Rooftop Terrace: Casa Mirador by 2.8x arquitectos

END_OF_DOCUMENT_TOKEN_TO_BE_REPLACED 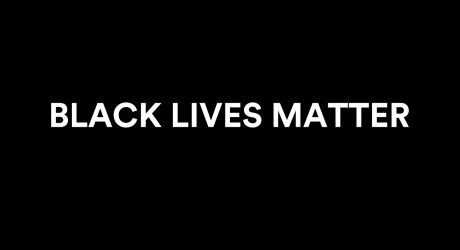 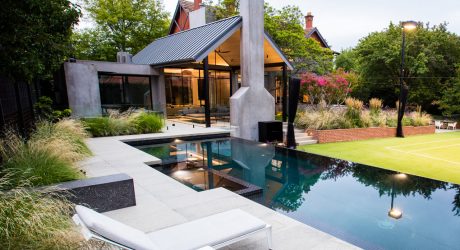 A Heritage Home Gets Modern Outdoor Entertaining Spaces and Gardens 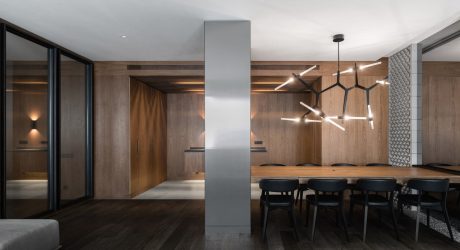 A Modern Apartment in St. Petersburg Inspired by a Luxury Hotel Suite

A young couple gets a new apartment with a minimalist, hotel suite inspired feel with Asian influences.