The Airmega Is an Adaptive App-Enabled Air Purifier 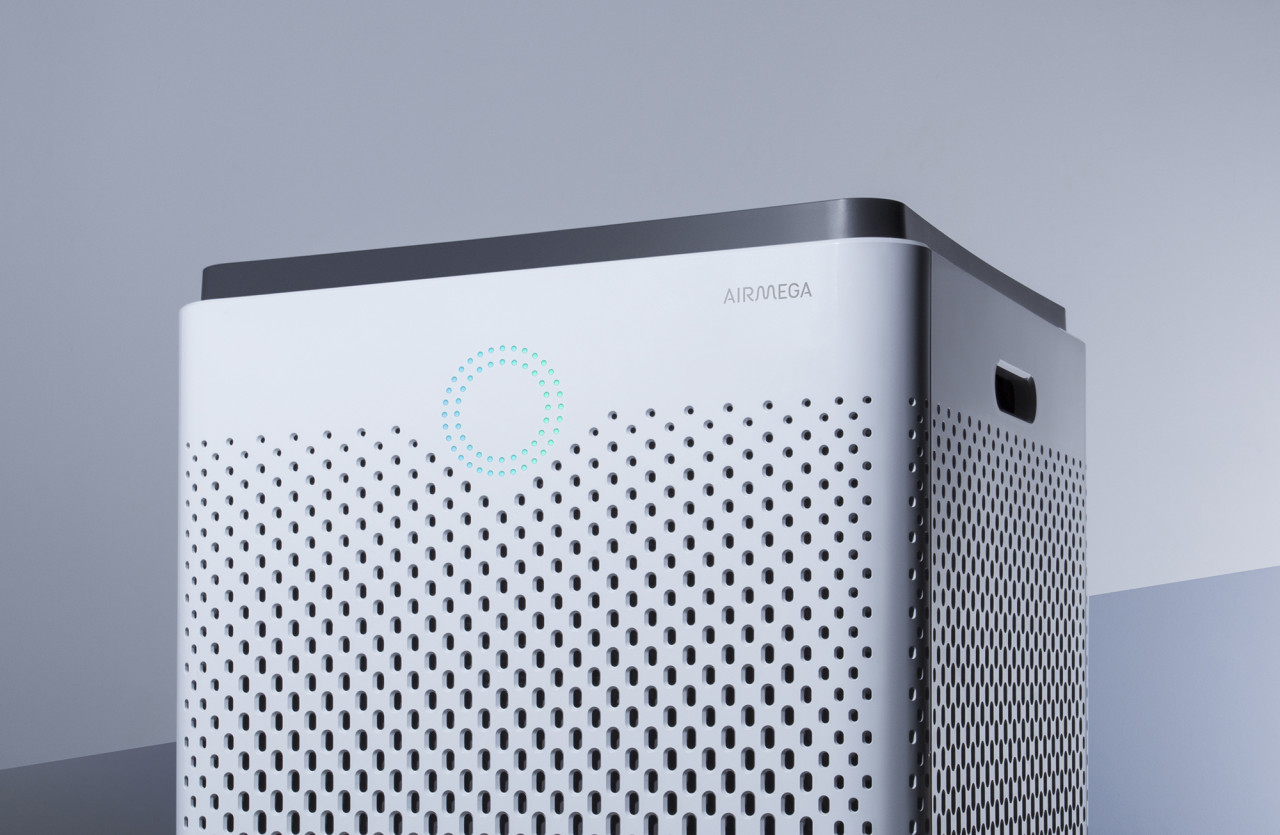 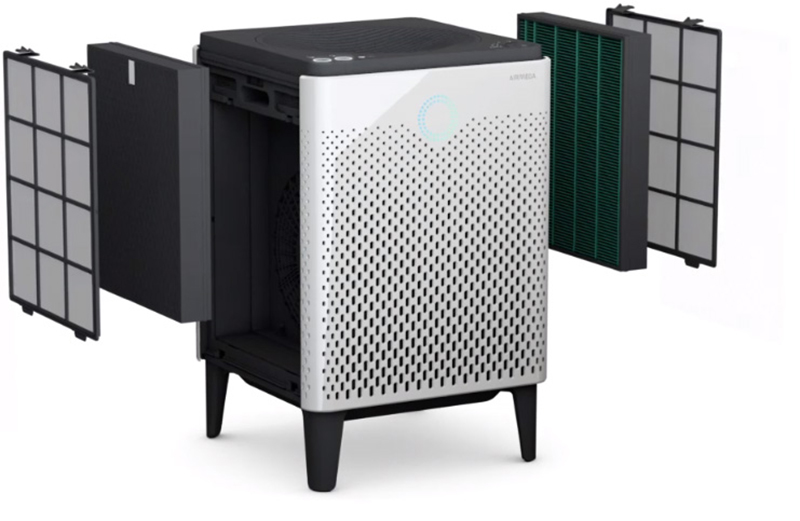 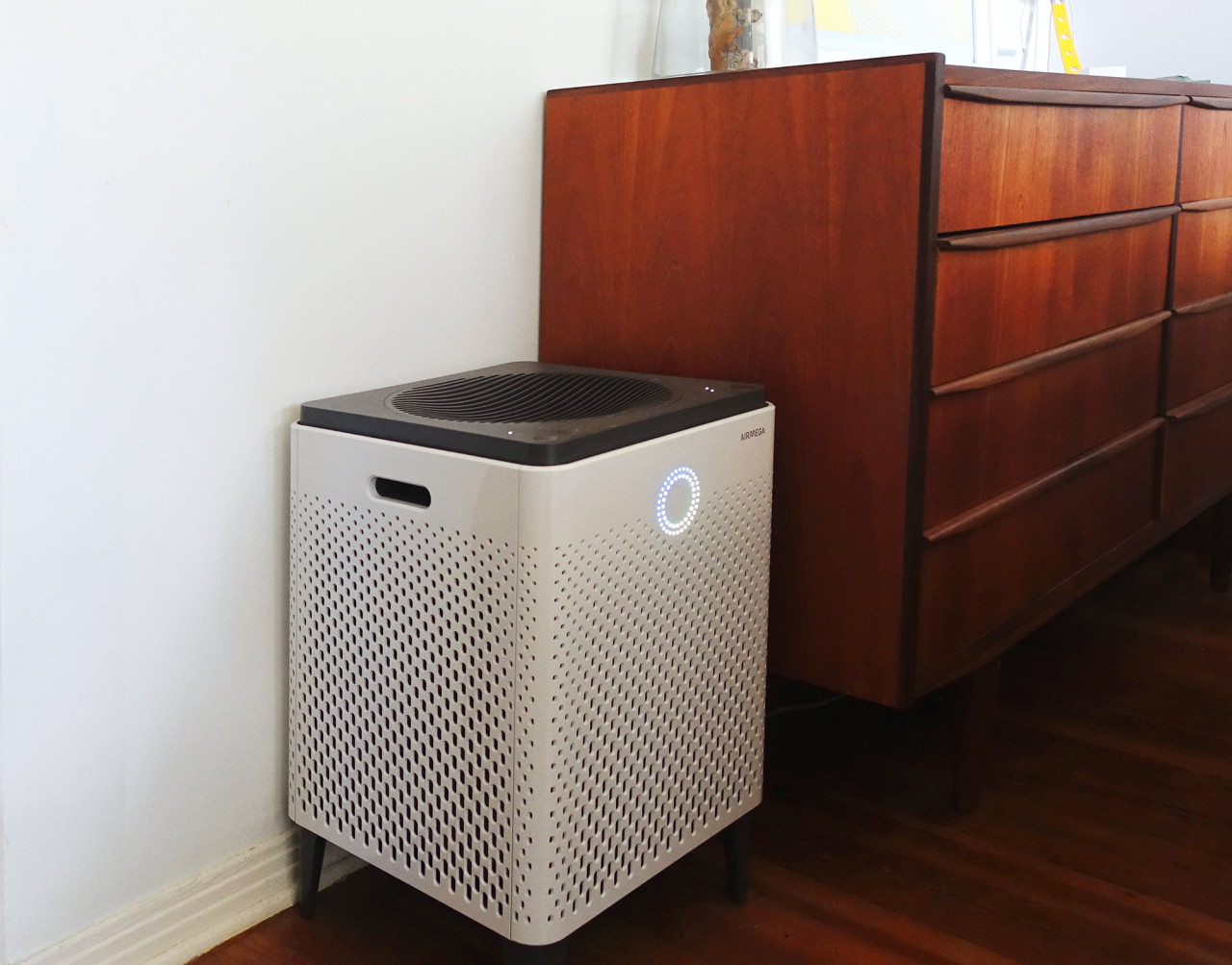 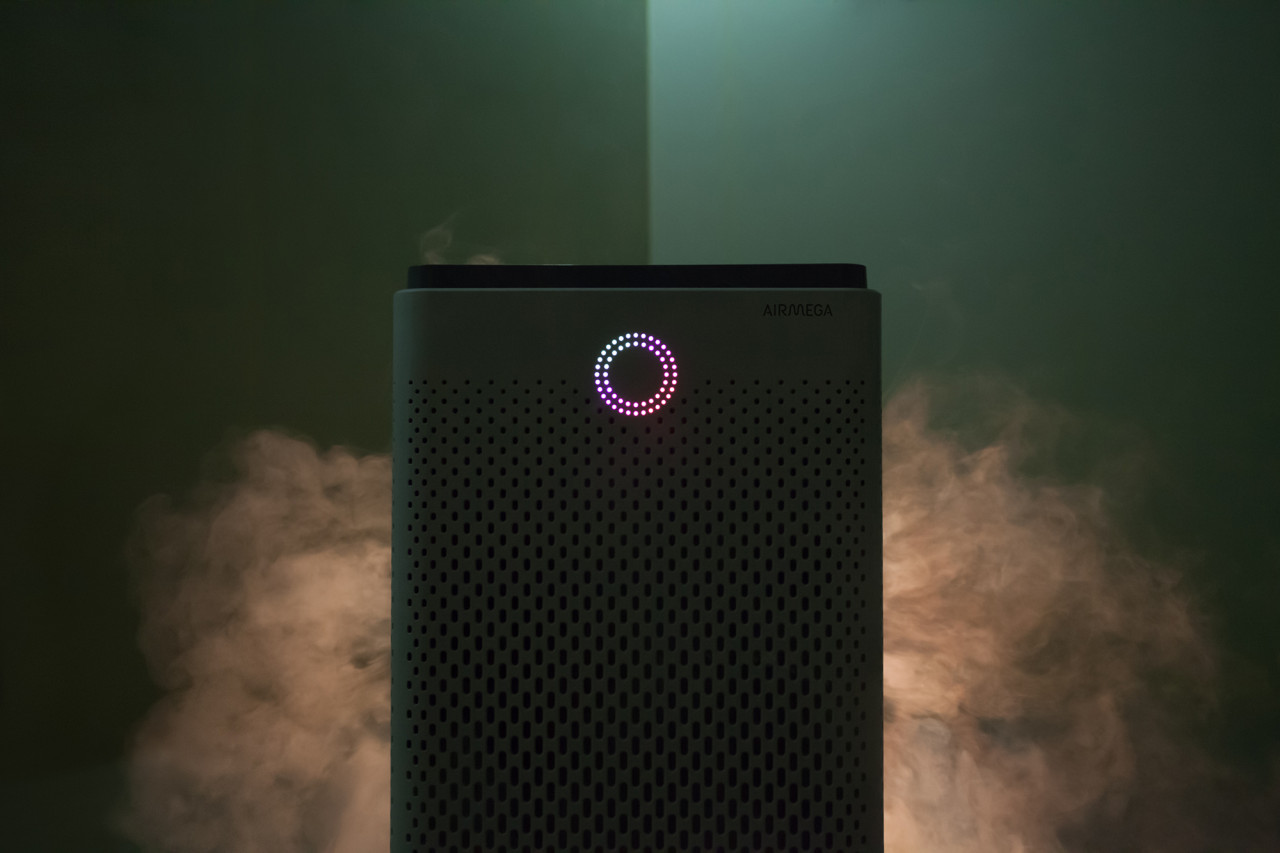 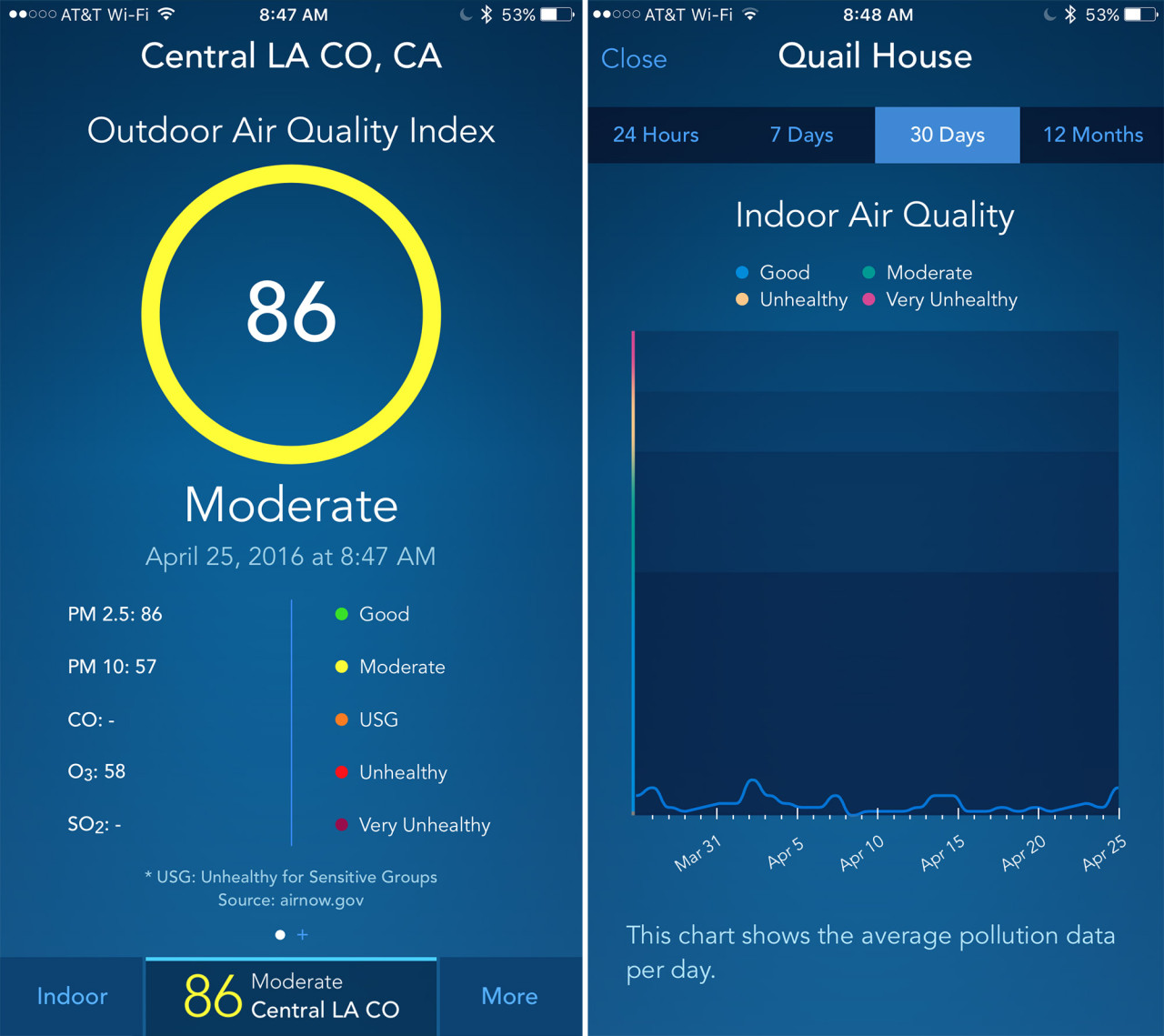 Our sample review unit, shown in size comparison to our bedroom dresser. It's moderate size makes it easy enough to move around the house, if needed.
3/7 Photos

Air quality was already a great concern as a resident of a city with some of the most polluted air in the nation. But these everyday worries became significantly magnified when news of a massive methane leak happening within the vicinity of my own mother’s home in Porter Ranch, California became national news. Headaches, blurred vision, and bloody noses became a reality for some, including my elderly mother who eventually had to evacuate her home during repairs.

People are often surprised to discover the air inside their homes can be much worse than outside – the combination of volatile organic compounds, dust, dander, spores, and other miniscule particles trapped within the confines of a home all add up to a witch’s brew of harmful inhalants. Add to that one of the largest environmental disasters in U.S. history polluting the air 24-7 around a residential neighborhood, and you’ve got a powderkeg of health concerns and the impetus for installing an air filtration solution.

In fact we ended up with two very large hospital grade air purifiers installed into my childhood home, with the hopes the pair of droid-sized machines would improve interior air once my mom felt confident enough to move back home after staying with us during the worst of the methane leak. Although these purifiers work well, they have to be turned on regularly and at a sufficient air flow setting to be effective. In the process of observing how they worked in relationship to how my mom operated them, I realized their efficacy really depends on human decision making an obvious weak link (when to turn it on, how long to leave them on, at what flow setting, when to clean them, etc.). My mom had a propensity to use them infrequently and at the quietest setting, making them only minimally effective. 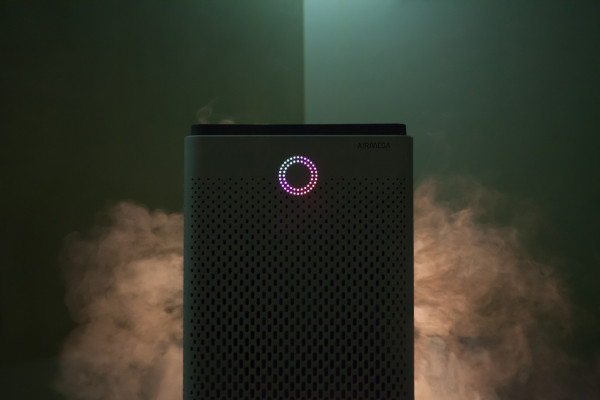 Korean tech giant’s health-minded technologies division, Coway, has released an air purifier designed to address this issue of inconsistent human decision-making in relation to improving interior air quality, handing off responsibilities to a smart system that automates and optimizes air filtration with a built-in monitoring sensor incorporated into a modest sized unit. The Airmega is a handsome design—at least in comparison to most air purifiers—falling somewhere between the industrial design of the effective-but-eyesore models and smaller units not quite suitable for larger rooms. Easy to move around, the unit was designed pleasant enough to keep out in the wide open, or simple enough to position discretely in a corner. 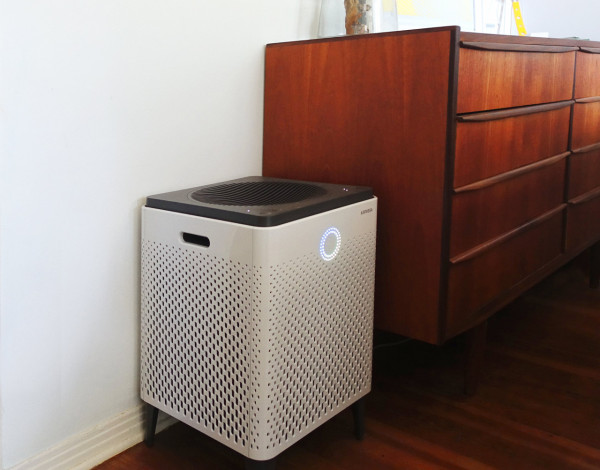 Our sample review unit, shown in size comparison to our bedroom dresser. It’s moderate size makes it easy enough to move around the house, if needed.

The Airmega’s dual intake, multi-stage filtration system uses two true HEPA filters and activated carbon sheets, each capable of capturing down to .3 microns particulates and more than 99% of volatile organic compounds (VOCs) and odors in spaces up to 1,560 square feet. These capabilities—though solid—aren’t unique to the category, if not par for the course in comparison to similarly priced units. Where the Airmega sets itself apart from the pack is with a slew of next generation smart home technologies built into each unit to utilize monitoring data to adjust duration and intensity of filtration.

Connected to a home’s WiFi network, the Airmega, can be operated manually like a typical air purifier; users can turn on or off the unit via touch button located on the top panel of the purifier or using a compatible Airmega app. But the unit is best used in a Smart (Auto) Mode, where the Airmega’s air quality sensor automatically adjusts fan intake speed according to the air quality. A circular array of color LED lights offers a visual indication of whether the air is good, moderate, unhealthy or very unhealthy (fortunately, the light can be turned off completely during sleeping hours). I noticed these indicators change in real time while doing things near the Airmega like vacuuming, making the bed, or opening a window, offering insight how the most simple of tasks can affect air quality indoors. The app made it easy to adjust the unit from afar, even from the comforts of my own bed. 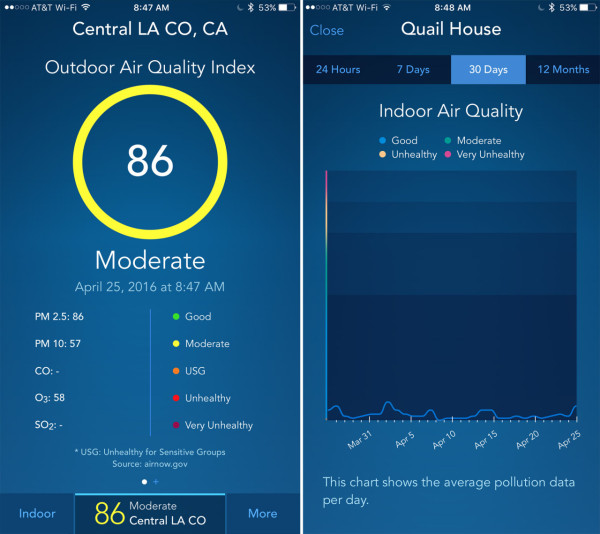 Those with an affinity for data and analytics will also enjoy the Airmega’s data gathering capabilities. Using the Airmega app, users are presented with a basic chart of air quality over the span of a single day or up to the duration of a year, alongside an Outoor Air Quality Index report for comparison. I was happy to discover not only was Los Angeles air around our home within the bounds of acceptable, but our interior air has been historically “good”.

Thankfully the fans themselves are exceptionally quiet—except at the highest setting. During testing in a bedroom setting it was easy to fall asleep with the white noise produced in Smart Sleep mode, where the lowest fan setting produced a very soothing whoosh between 40-44dB. At medium setting the fan was a still reasonable 55dB, while the highest setting produced near 68dB when measured a foot away,

Additionally, a built-in light sensors works in conjunction with pollution sensors to reduces noise and power consumption during sleep hours. All together, this made the Airmega the easiest and most effective air purifier optimized for bedroom duty I’ve tested, a home health appliance that quietly does its duty in the background with a better sense of when to turn the fan up, down, or even off throughout the day. 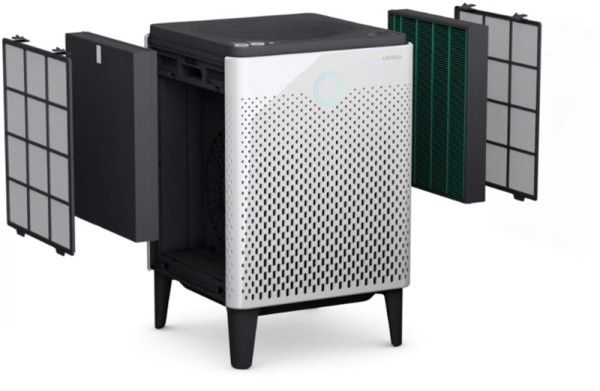