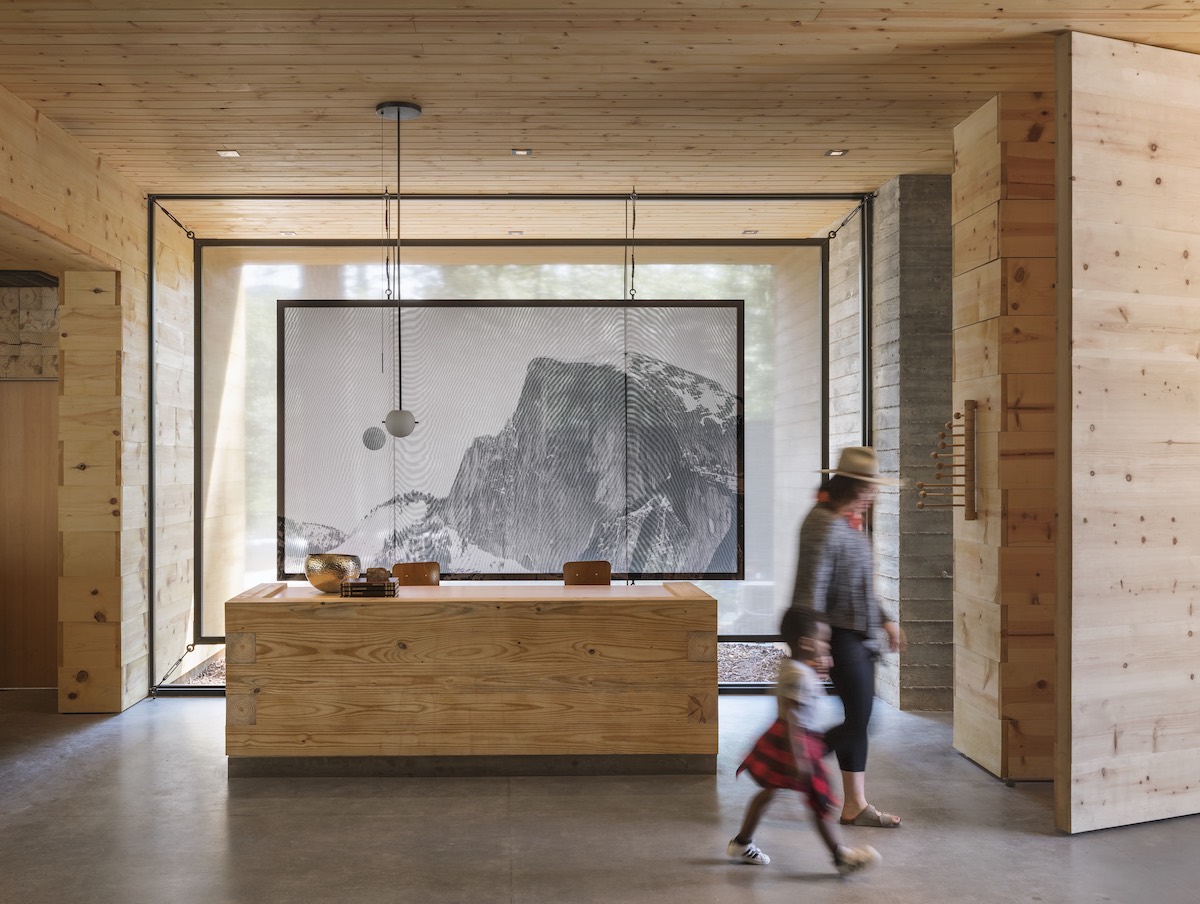 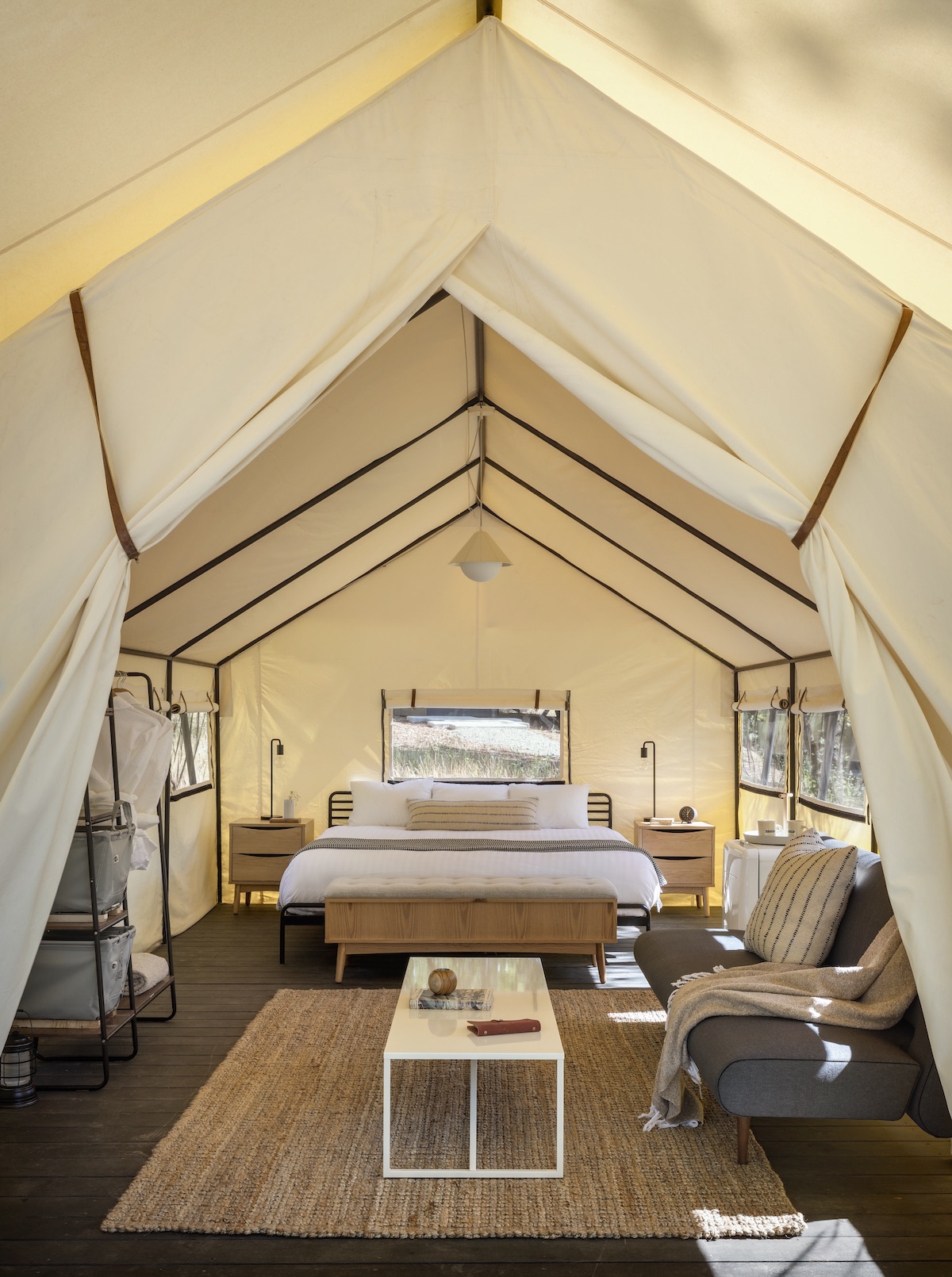 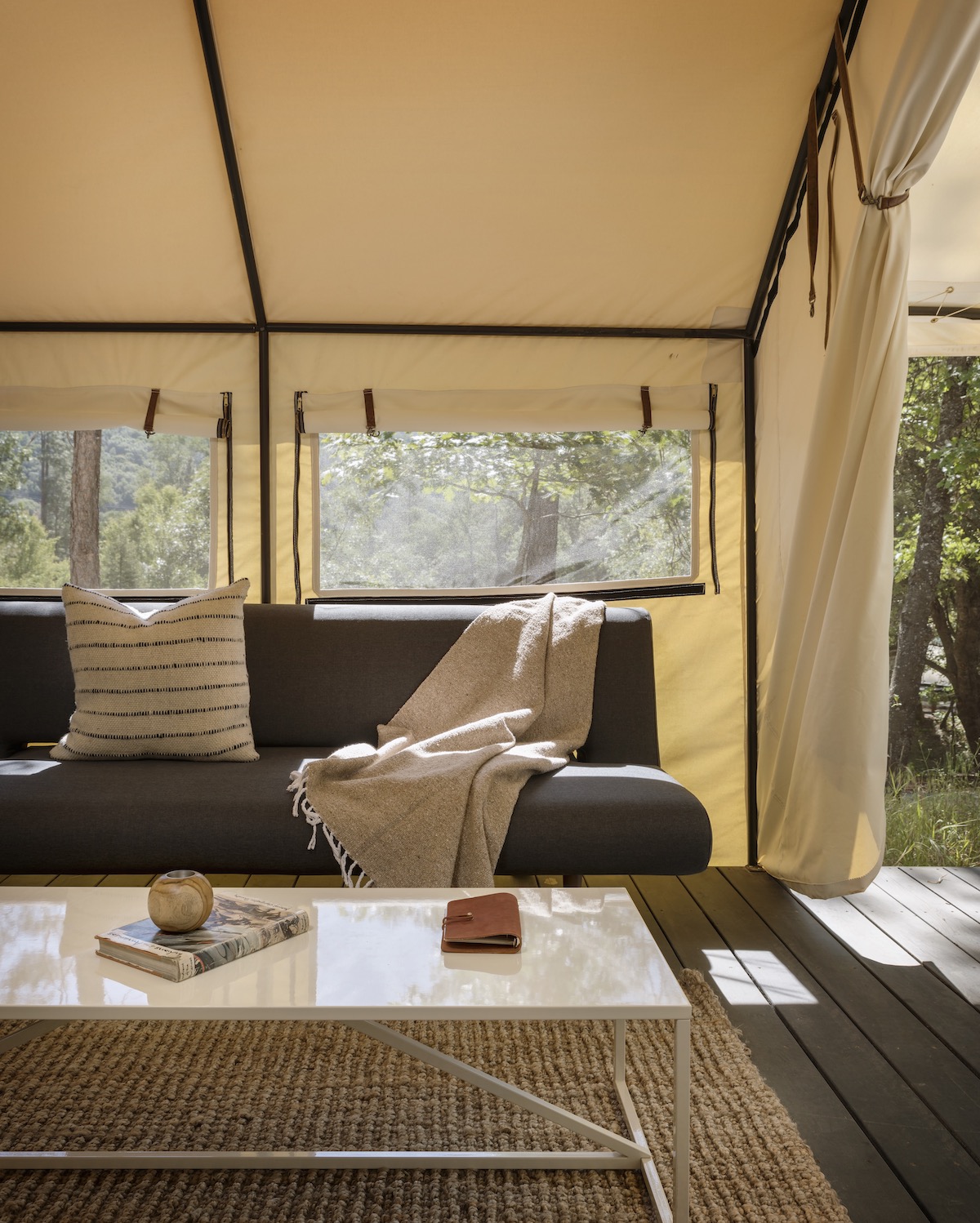 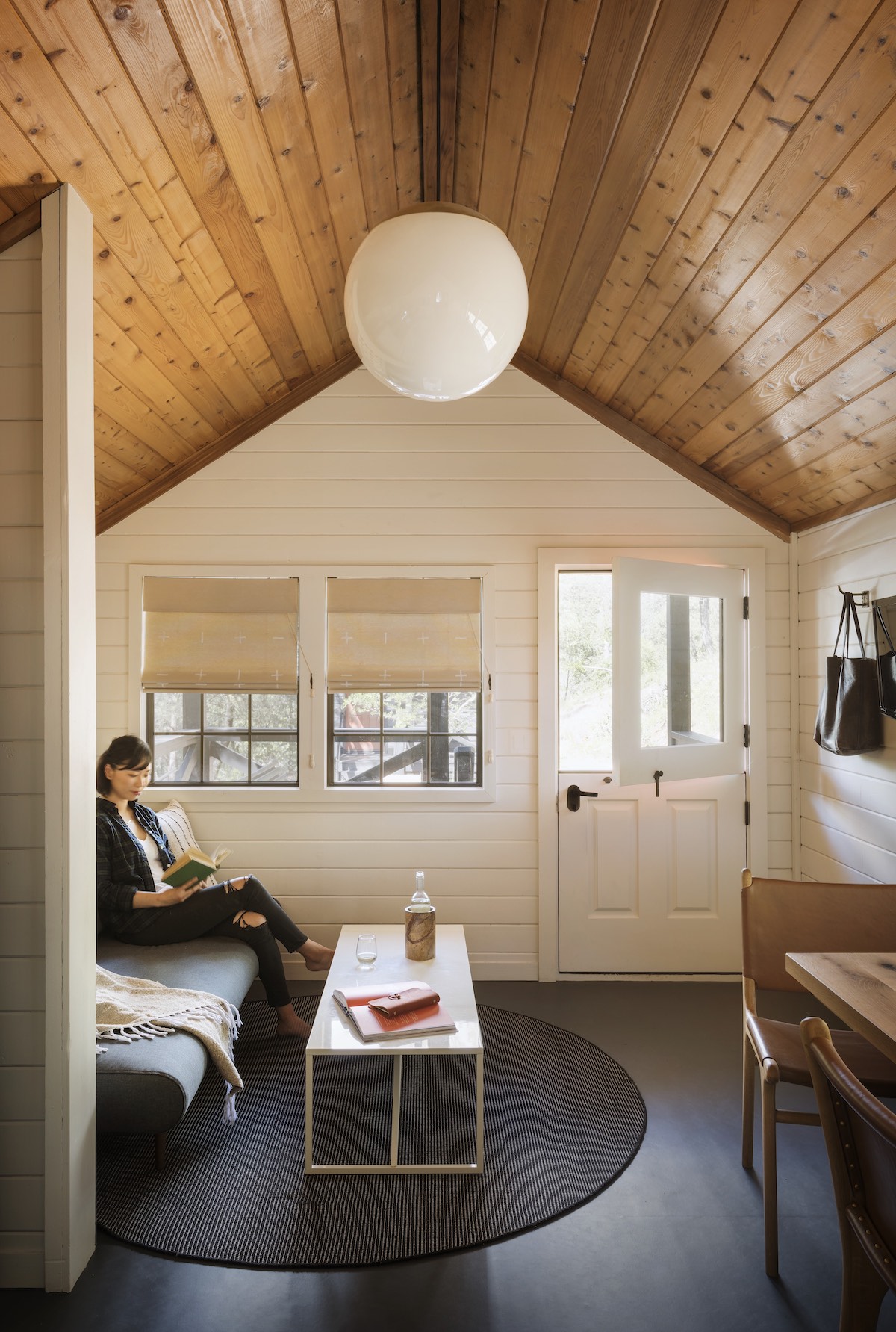 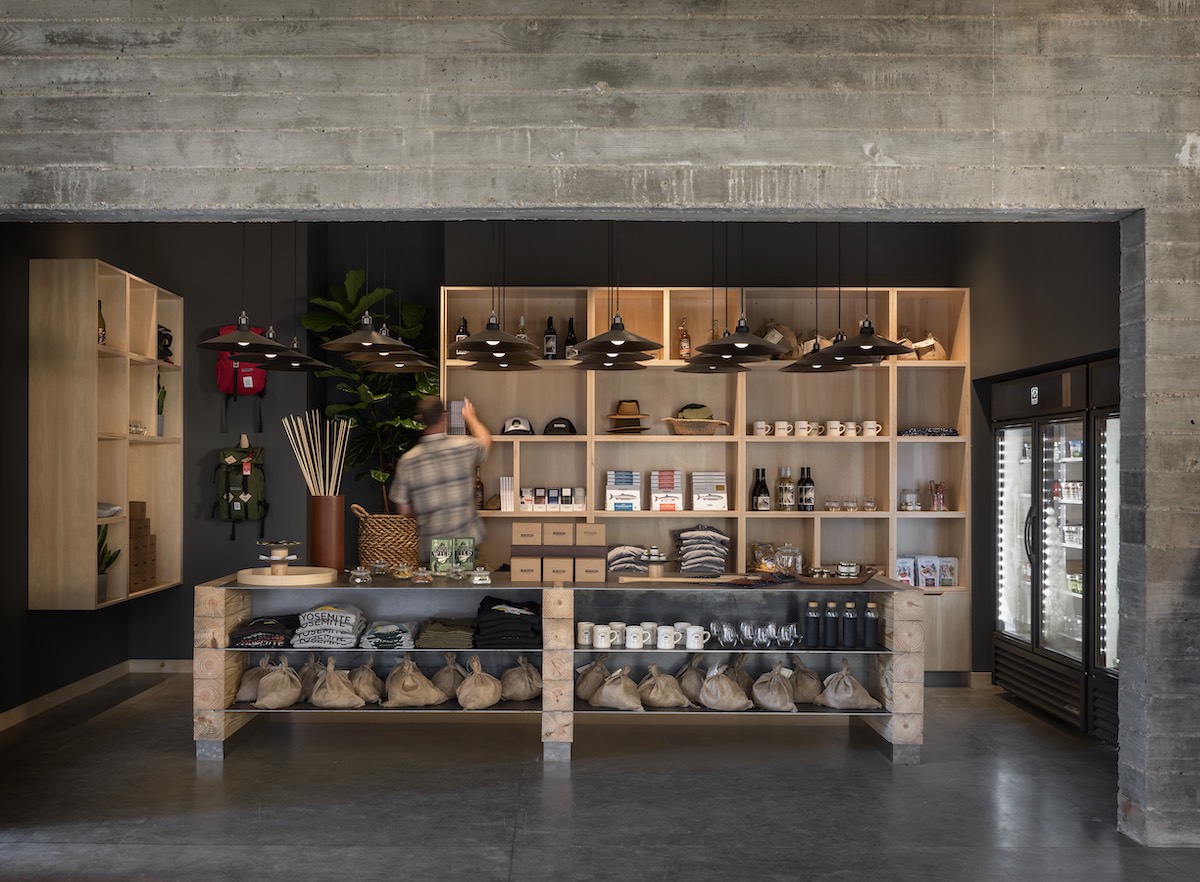 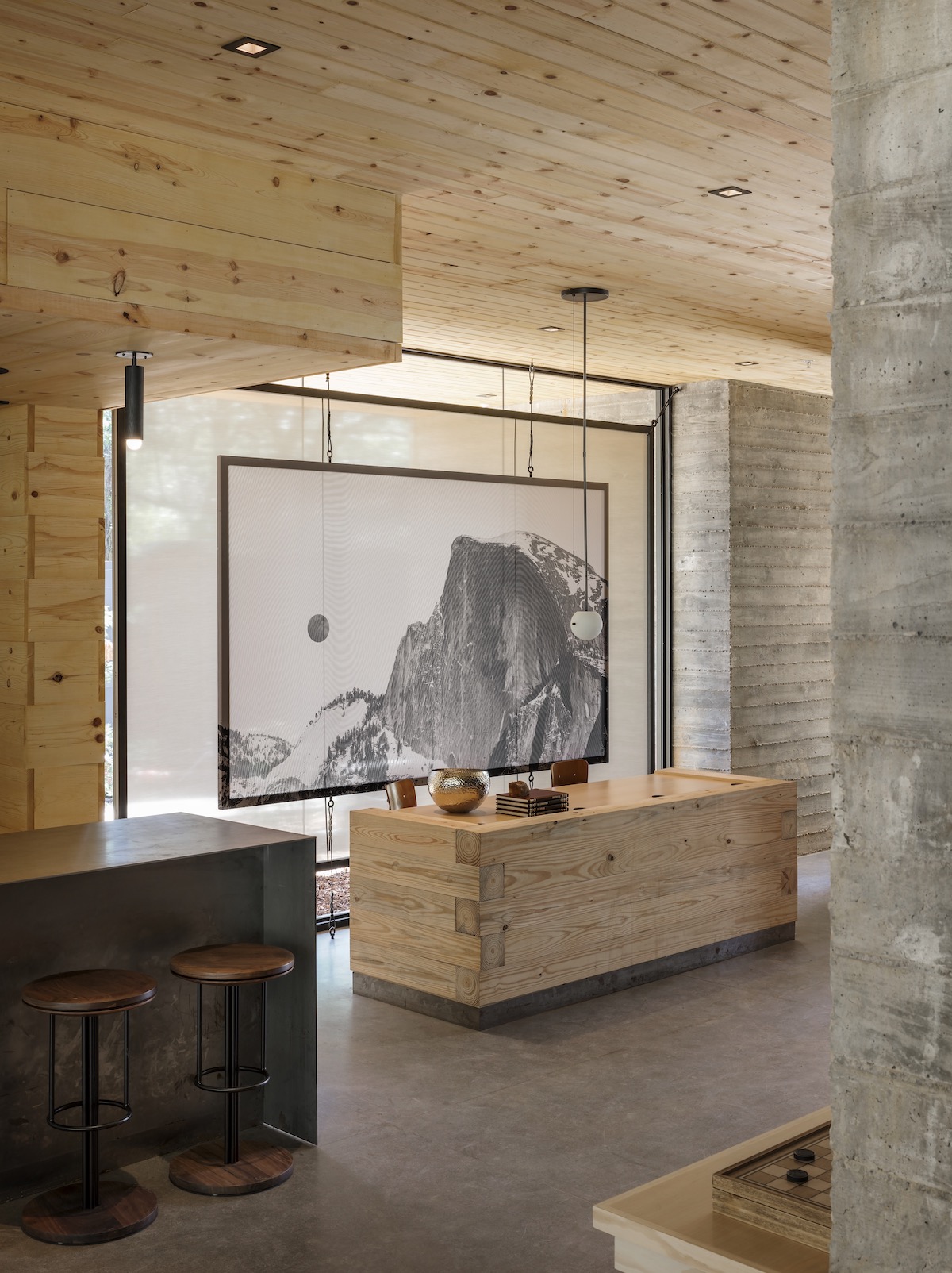 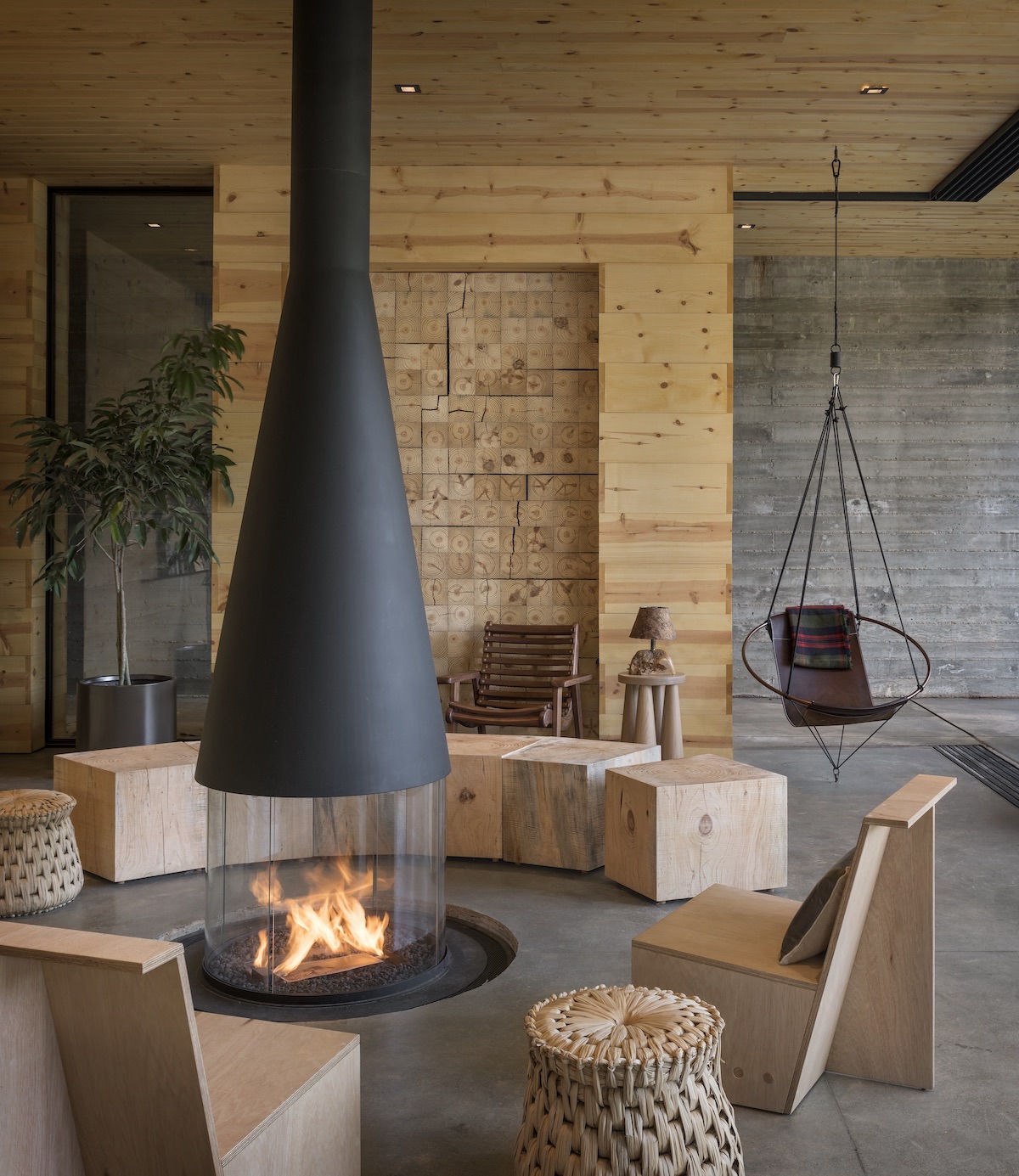 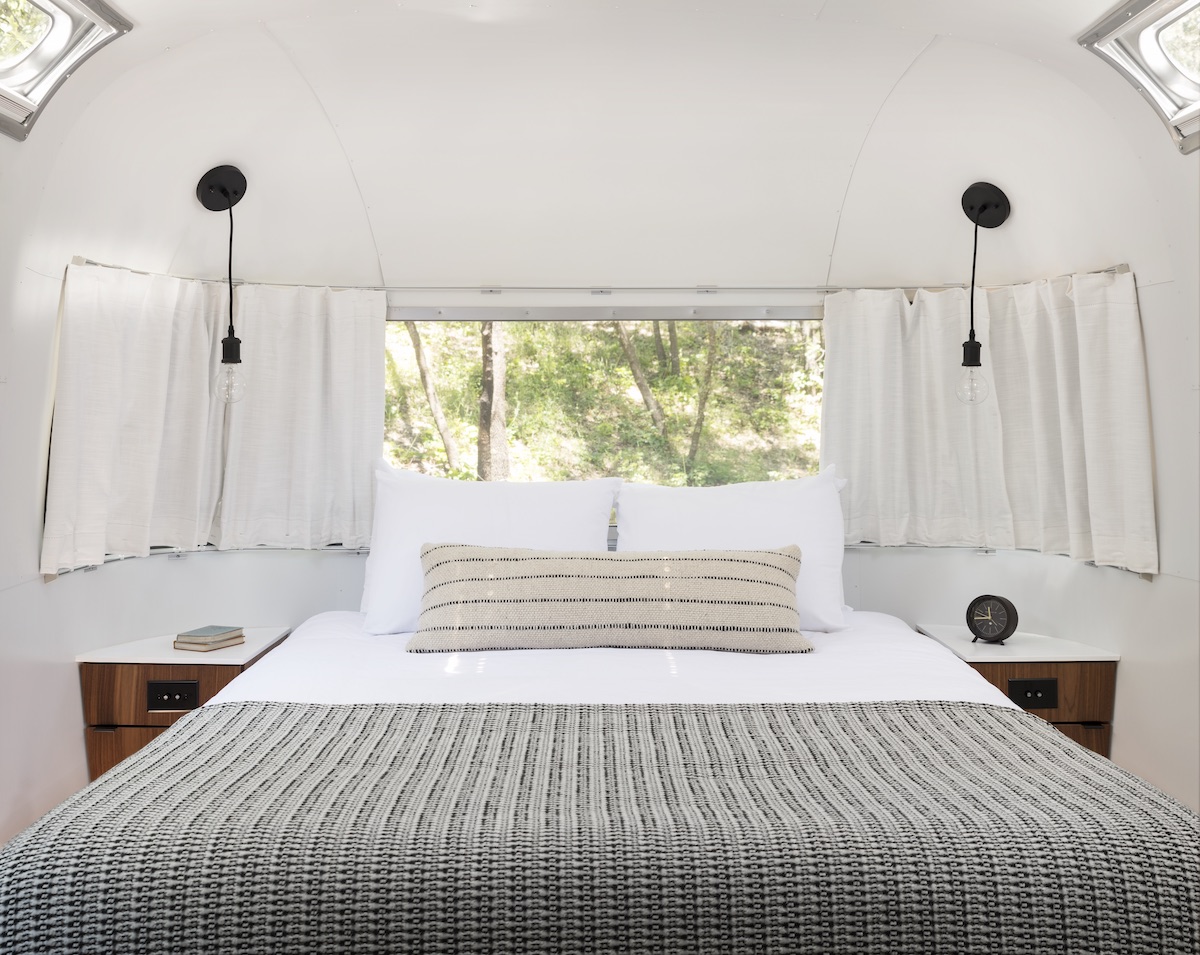 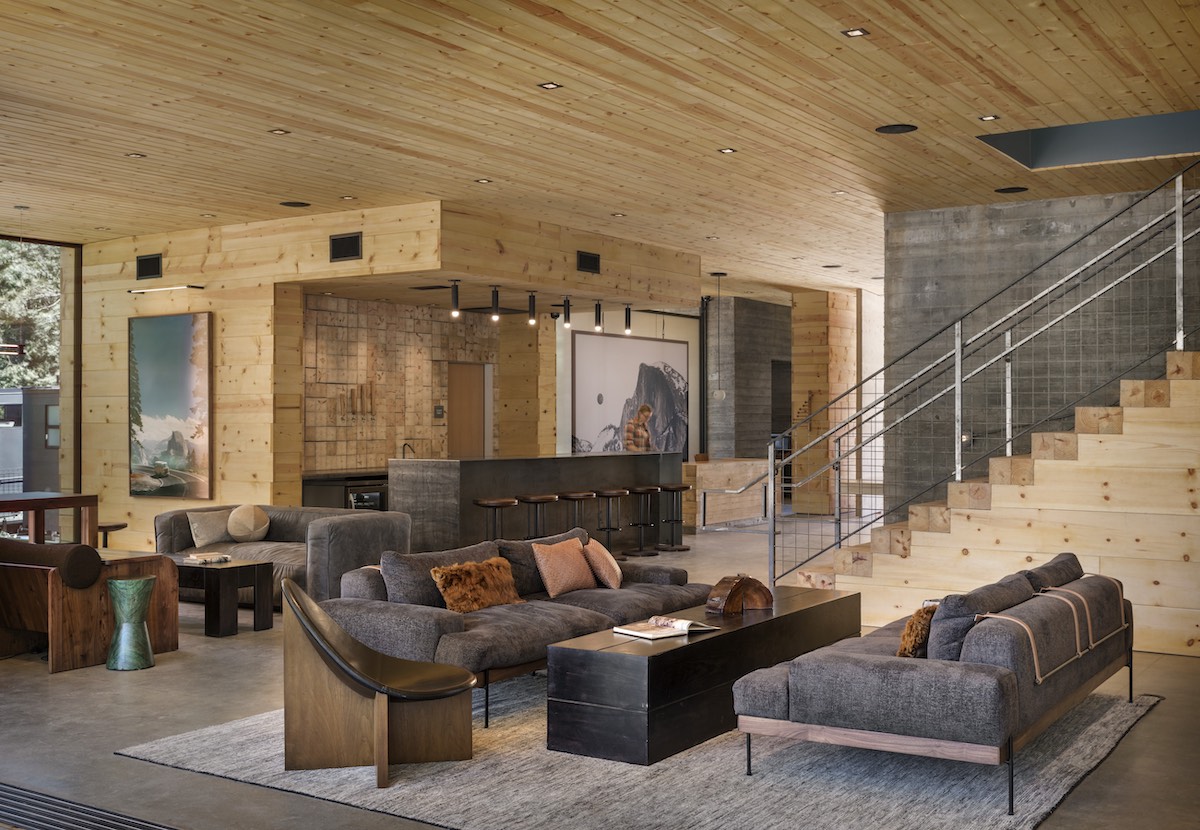 There’s naturally plenty of reasons to visit Yosemite and this year brings a few more. In the documentary Free Solo, Alex Honnold scales El Capitan, a near-vertical slab rising from the Earth—and all without ropes. This thrilling, palm-sweating feat won an Oscar earlier in February and we all got to see the jaw-dropping landscape of Yosemite while at it; a mixture of adrenaline and bliss.

If that’s not enough, Autocamp has opened its new property in Yosemite with the help of Anacapa Architecture and Geremia Design. Autocamp Yosemite is a kind of design-forward, easy minimalism that doesn’t feel unnatural or out of place amongst more campy, dark wood lodges run by the National Park Service here. 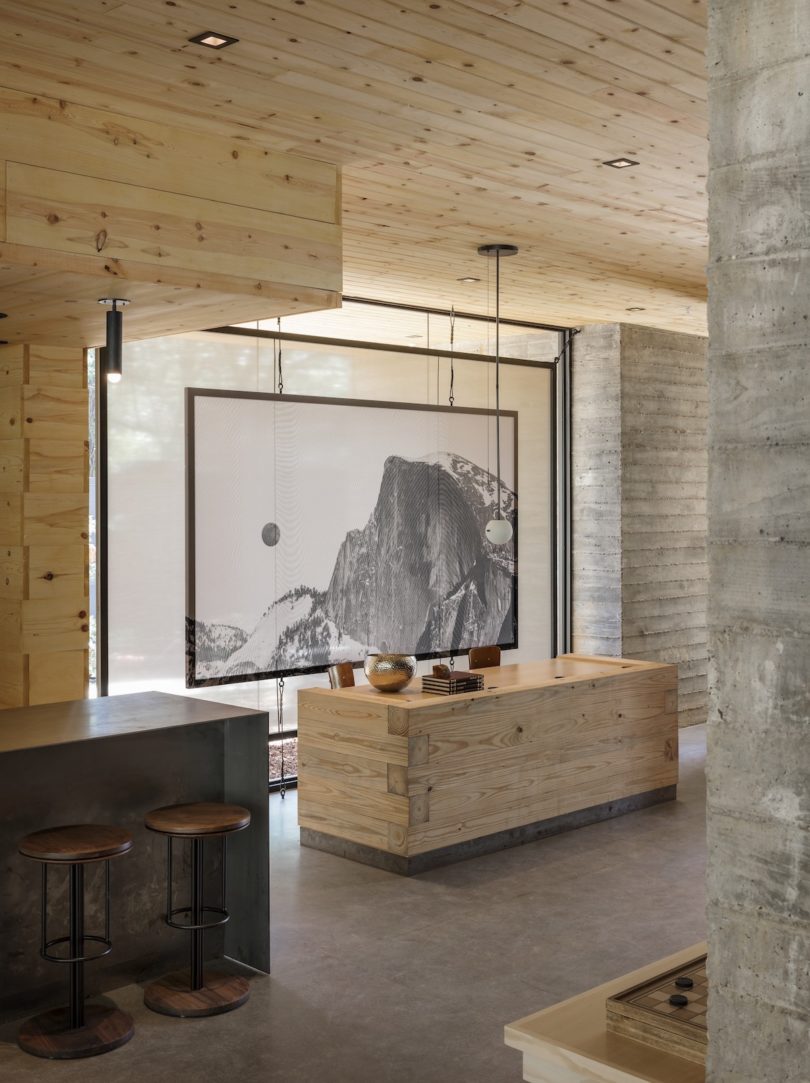 It’s the most modern and sleek accommodation by far: the 4,000 square foot clubhouse has not only a stargazing deck and an outdoor swimming pool, but an instantly calming stretched fabric screen by Chambers Art & Design featuring a photography of Yosemite’s iconic Half Dome by Mike Wardynski. The installation is lit up from behind by a pendant from Workstead which mimics the moon. 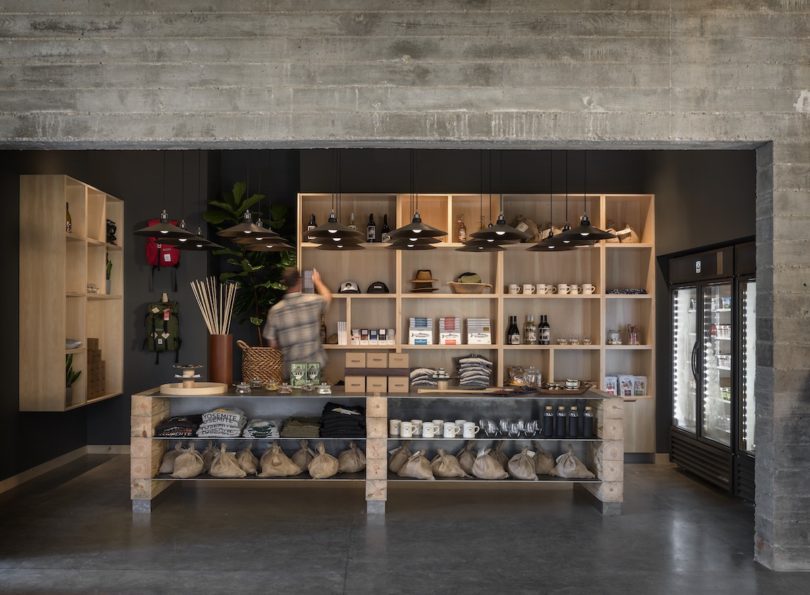 In an area known for camping and wildlife, fine dining may be hard to come by; the Clubhouse caters to cravings by hosting a marketplace of locally-made, artisanal food and beverages. 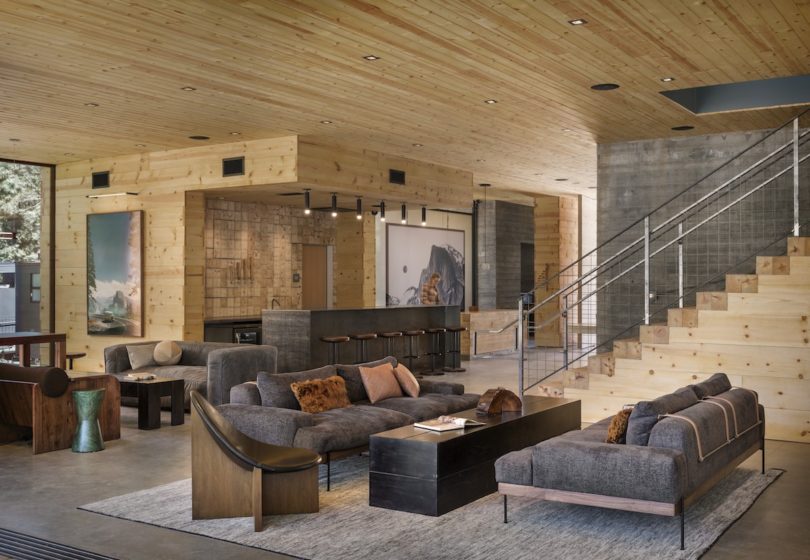 Elsewhere in the clubhouse, Geremia took cues from the mountains: contemporary lines are softened by rough-hewn materials. Deep, Croft House sofas and low slung club chairs by Estudio Persona are set on top of Kush Rugs. 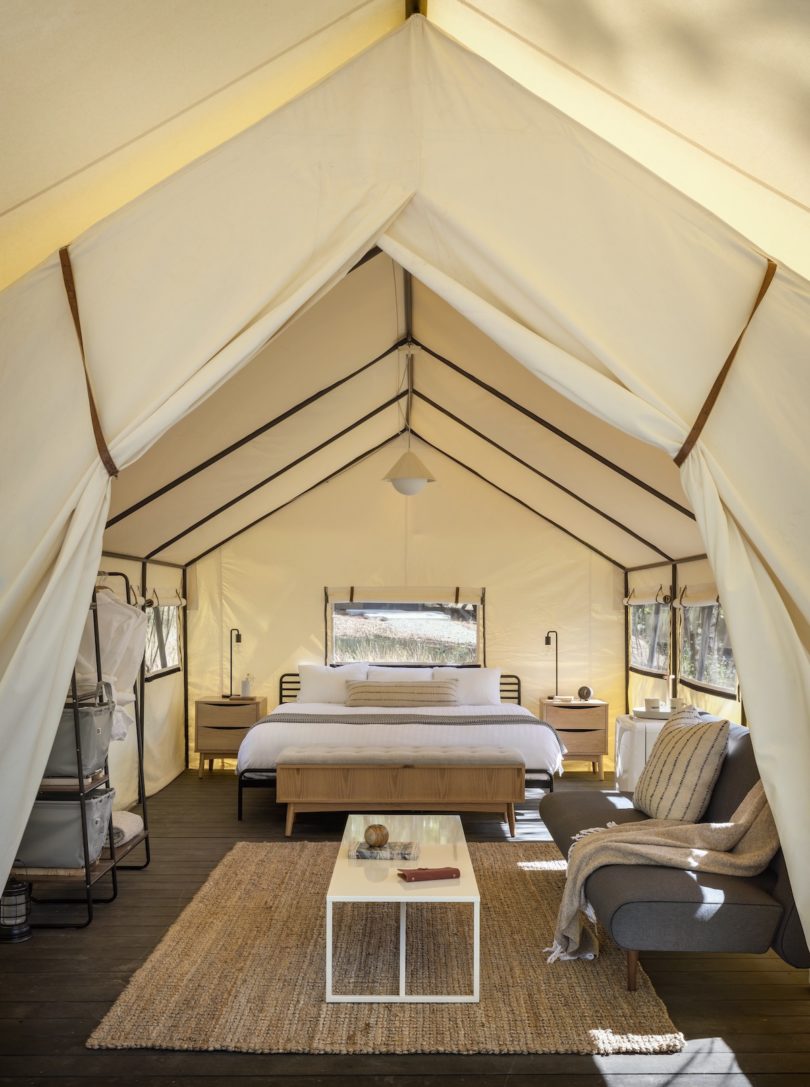 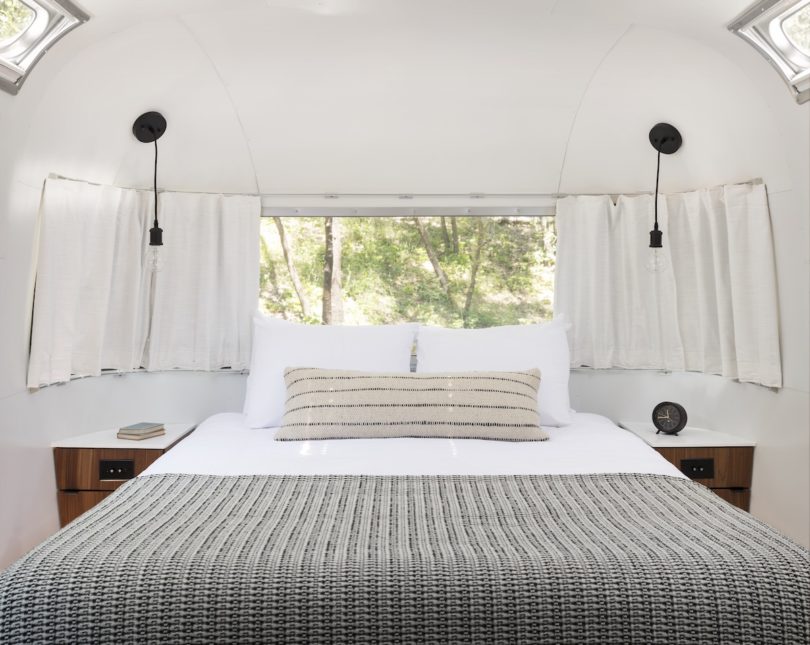 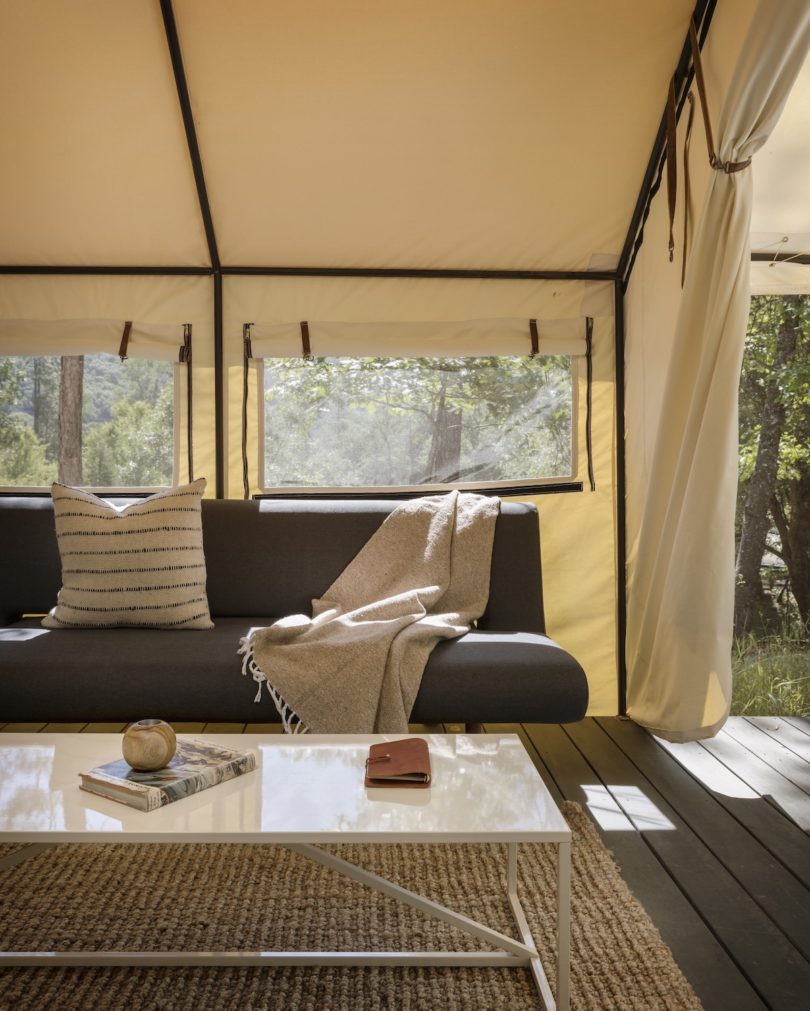 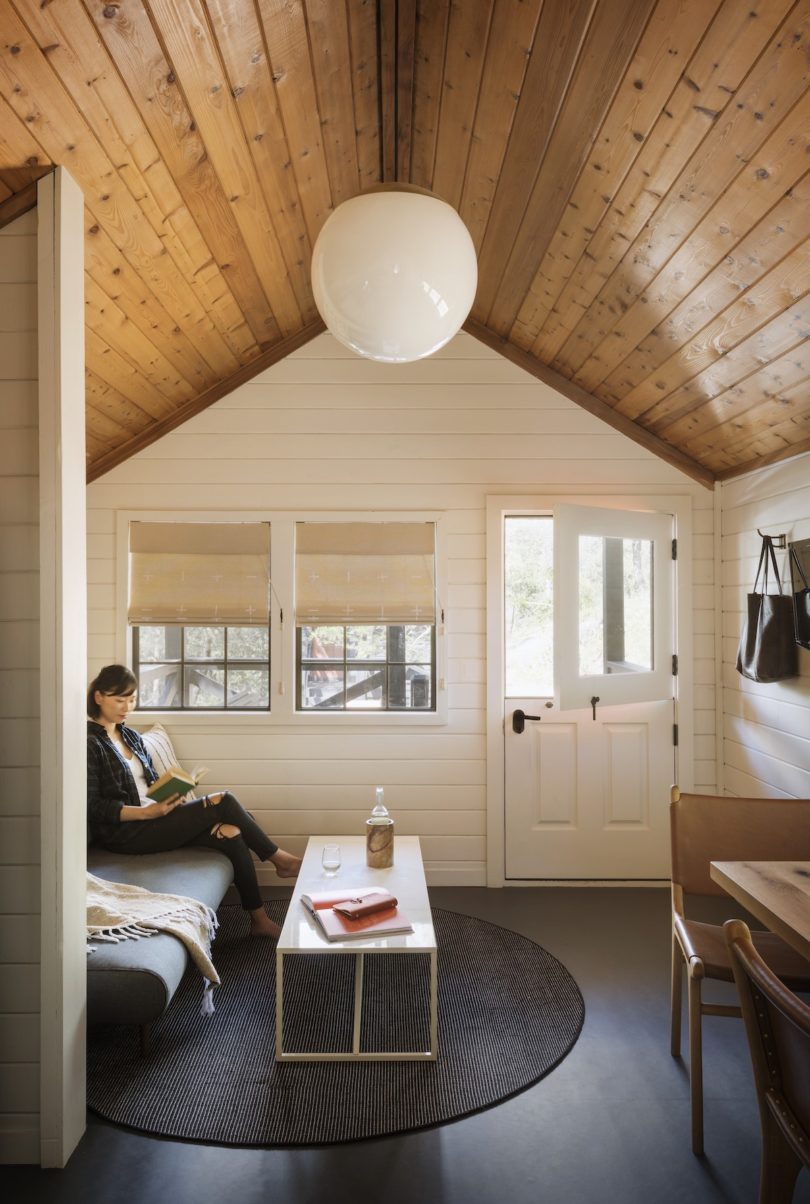 Cabins and Airstreams also feature bedside rugs by Kush Rugs and pillows handmade in Chile by Treko. These soft, cozy details make every room look plush without being over-the-top. After all, when you’re here to visit Yosemite, you want to remember that you’re sleeping in the mountains.

What: Autocamp Yosemite
Where: 6323 CA-140, Midpines, CA 95345
How much? Rooms start at $324
Design draw: Sleek accommodations an hour away from Yosemite don an easy minimalism that doesn’t look forced or out of place when you’re returning from Half Dome.
Book it: Visit Autocamp Yosemite