The Haiku Is One Smart Ass Ceiling Fan 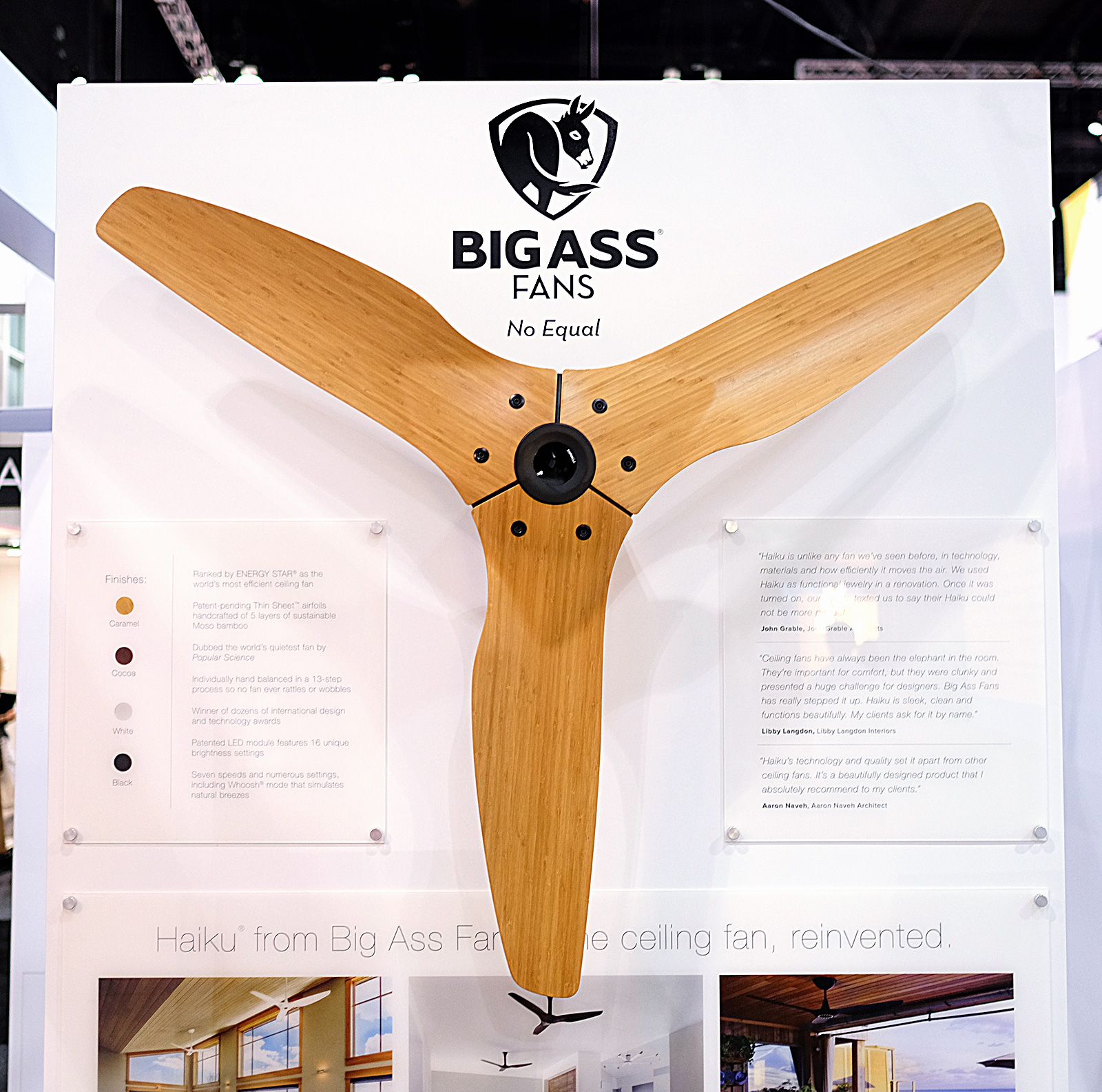 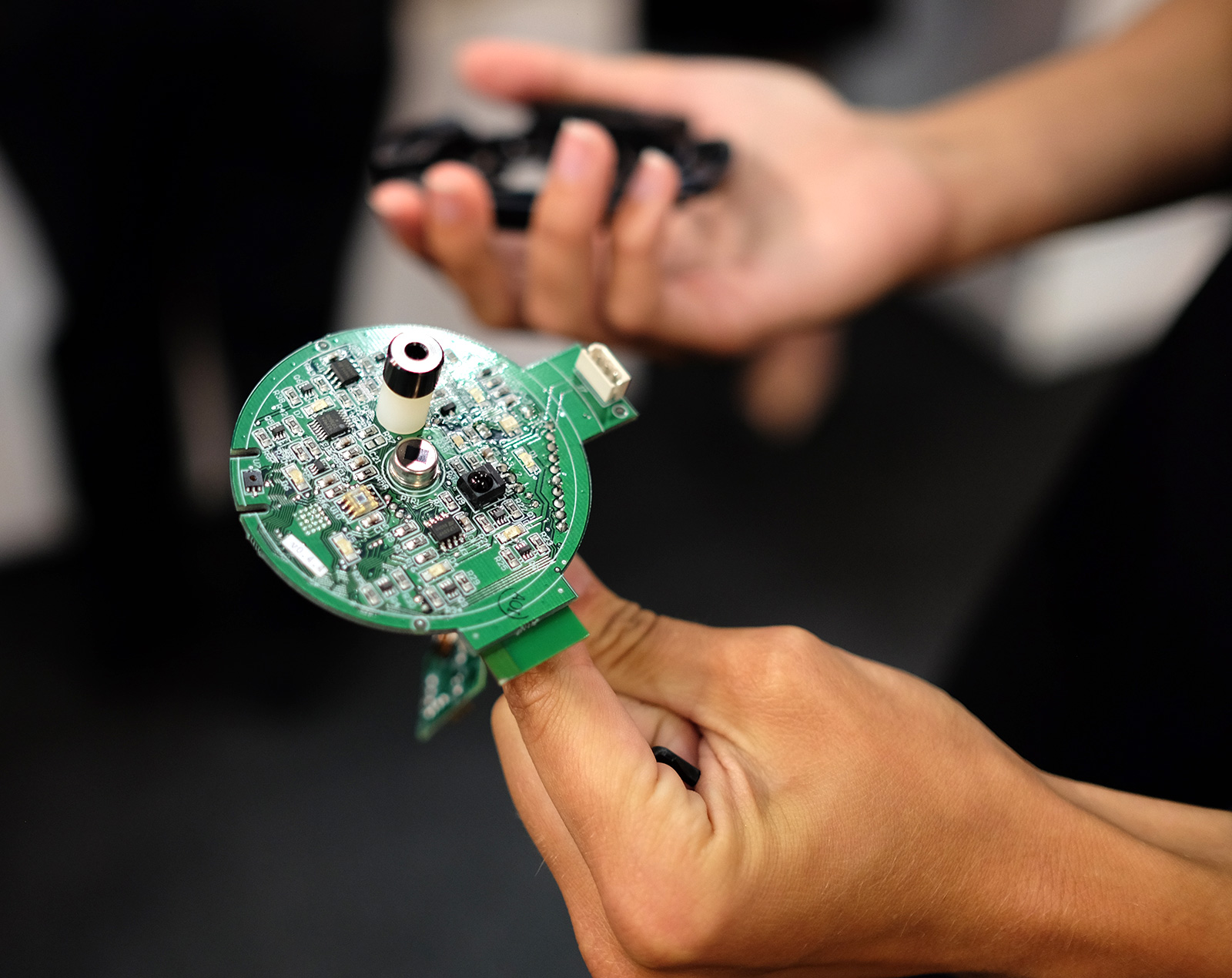 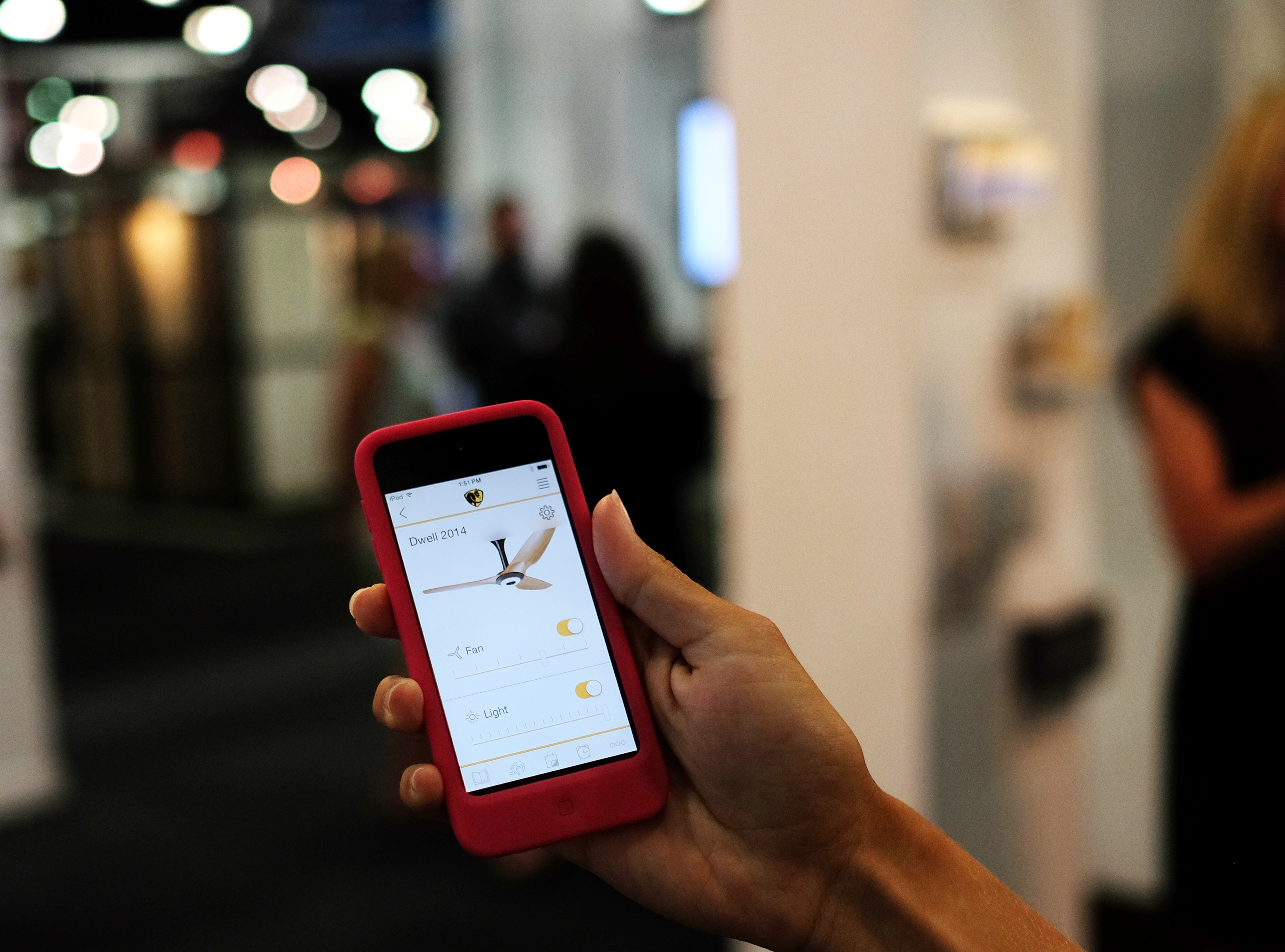 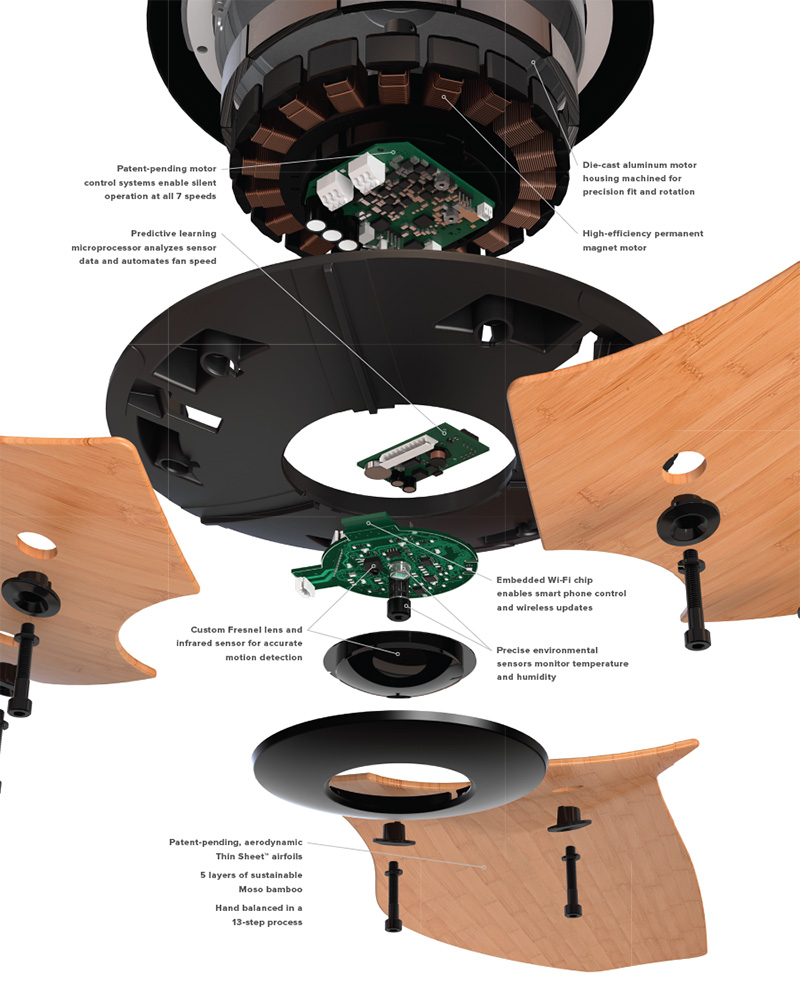 The Haiku Is One Smart Ass Ceiling Fan
1/5 Photos

Designed with an on?board computer and array of sensors shown to us during Dwell On Design, the SenseME monitors occupants in a room, temperature/humidity, and learns to adjust according to user patterns over time.
3/5 Photos

Haiku with SenseME, which begins shipping later this summer, is the first fan controllable by a smartphone app. Use the app to set schedules for both the fan and light or select from several unique control modes.
4/5 Photos

Jaime’s roundup of Best of Dwell On Design LA 2014 covered a wide range of offerings that were on display this past week at the Los Angeles Convention Center. But I’d like to add to the mix an additional “airy” design, one which I noticed only once I directed my gaze overhead: the Big Ass Fans’ Haiku smart ceiling fan. 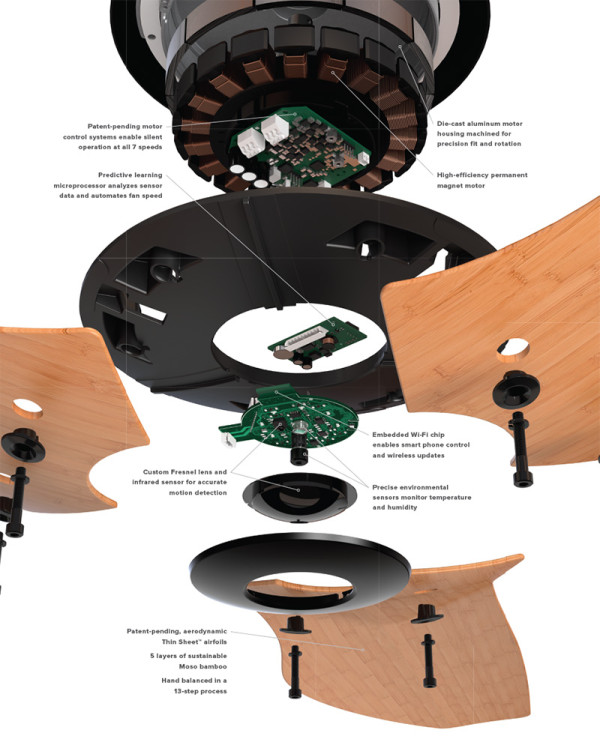 The company’s latest design shown at this year’s Dwell On Design is a bit more subtle in presence, but perhaps more attractive of an option for regular residential inhabitants. The 60″ Haiku with SenseME technology is the first smartphone app-enabled smart ceiling fan. 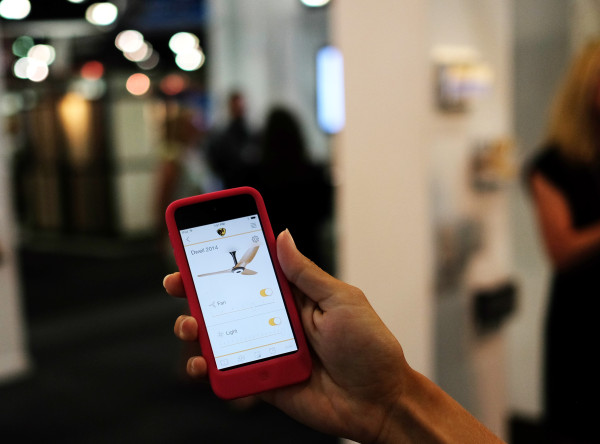 Haiku with SenseME, which begins shipping later this summer, is the first fan controllable by a smartphone app. The app allows users to set schedules for both the fan and optional LED lighting control modes.

Equipped with the SenseME technology, the modern streamline fan can recognize when occupants enter or leave a room, turning off the fan automatically when its services aren’t needed to save energy. Conversely, the SenseME system proactively keeps constant tabs on a room’s temperature and humidity, adjusting its speed to user designated comfort zones, with a predictive learning microprocessor, embedded wi-fi chip, infrared motion, and environmental sensors all adjusting the Haiku’s efficient magnet motor and optional array of LED lights.

Big Ass Fans representatives offered us a demo of the SenseME app in action, revealing a very clean and easy to navigate/use UI, albeit limited function, system (reps did note the company planned to release additional functions for the fan+app as developed and hinted they were investigating certification under Apple’s new HomeKit initiative).

The fan itself was whisper quiet at all speeds with nary a wobble, which sadly can’t be said comparatively for the ceiling fan spinning in my own bedroom right now. Multiple Haiku fans can be grouped for programming across a home to circulate air room to room. Additionally, the Haiku can also work without a home Wi-Fi network, since the fan’s onboard Wi-Fi radio can create local area networks by itself. 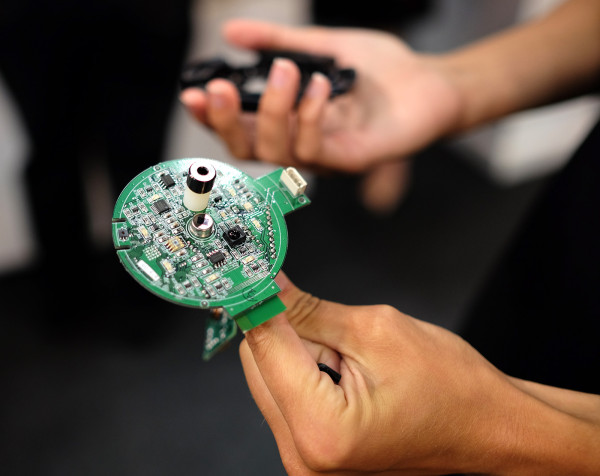 Designed with an on‐board computer and array of sensors shown to us during Dwell On Design, the SenseME monitors occupants in a room, temperature/humidity, and learns to adjust according to user patterns over time.

The Big Ass Fans Haiku will begin shipping at the end of July, starting at $925 for a composite finish, $1025 for the bamboo model, with LED Light Kit and Wall Controller extra.