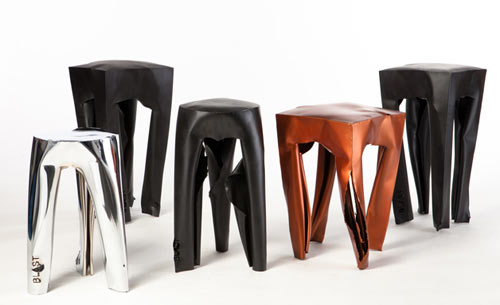 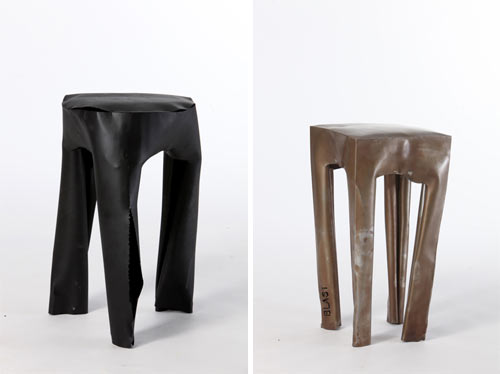 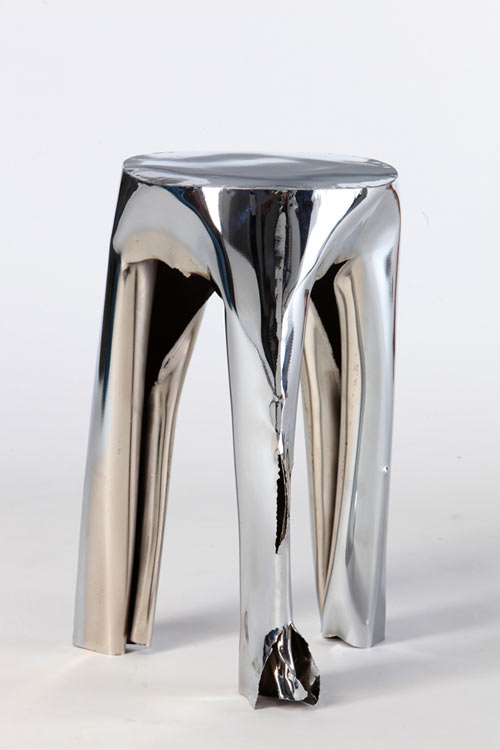 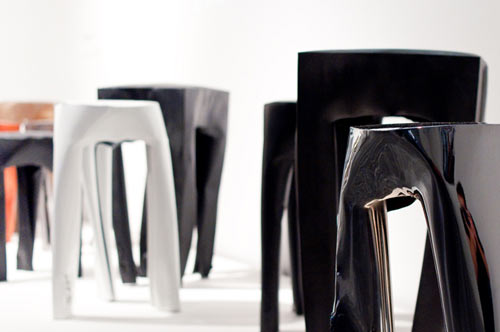 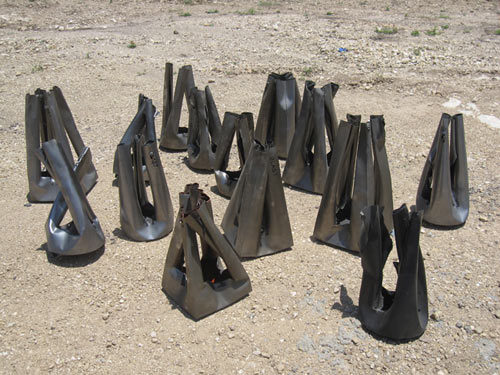 Young Israeli designer Guy Mishaly is blowing up. Well, stools, that is. His new series of stools, called Blast, are made using explosives that I found over on my new favorite Israeli website NoCamels.

Working on ideas for his graduation project as part of his degree in industrial design at the Bezalel Academy of Arts and Design in Jerusalem, he was looking for a single way to create a variety of different objects. He thought it might be interesting to see how things might be made using destruction to create.

The stools are first just metal boxes and cylinders but are webbed with explosives placed in strategic locations inside. Then, he just blows them up. NoCamels reports that “according to Mishaly, no material disappears or is blown away during the process and the weight of the box before and after the explosion is the same. Using this method, he says, there will never be two identical stools.”

Watch stuff get blown up:

Guy says that there is no comment being made on the military profile of Israel in this project. It’s merely an experimentation of materials and methods. Contact him through his website if you’re interested in owning one of them.

I’m definitely keeping my eye on this guy.