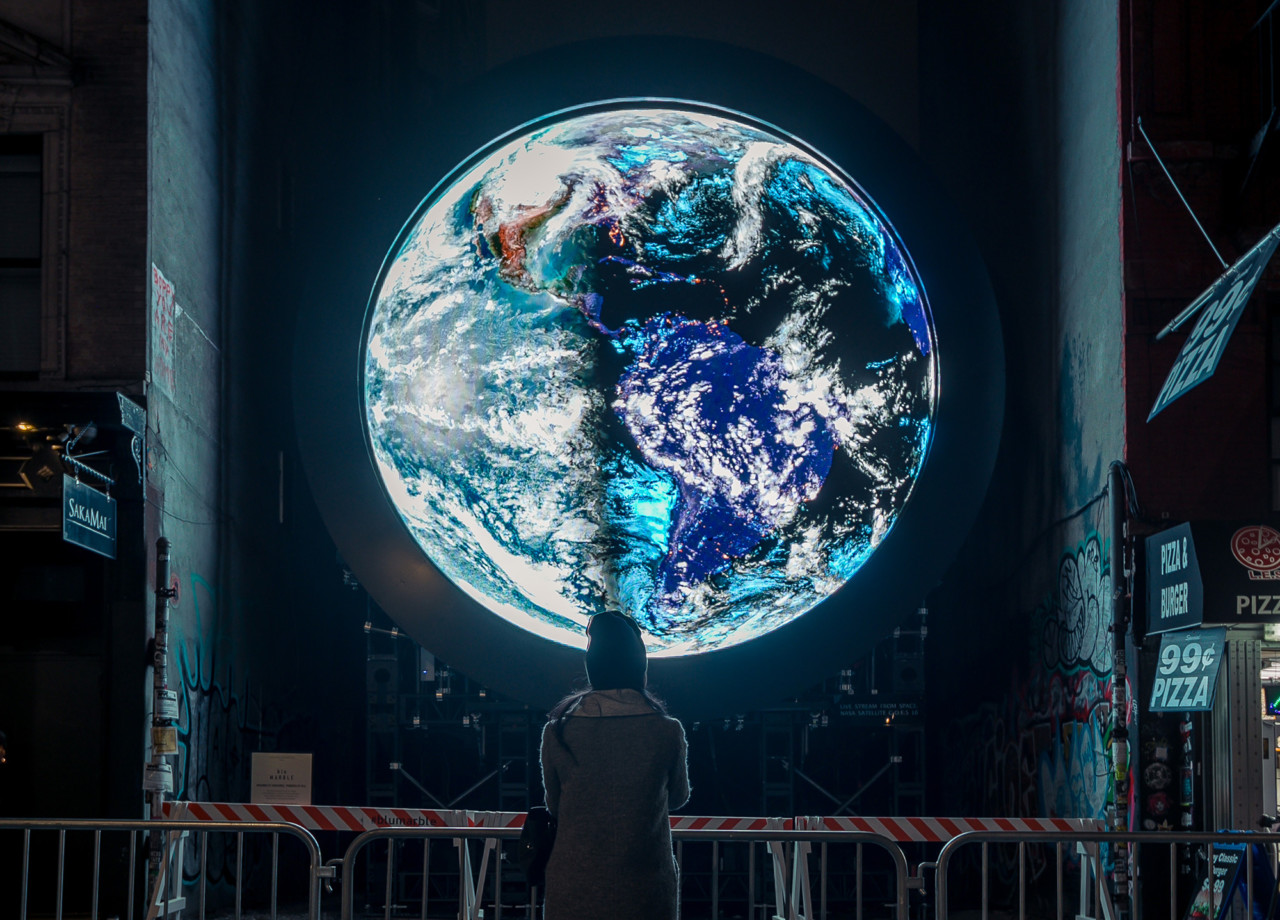 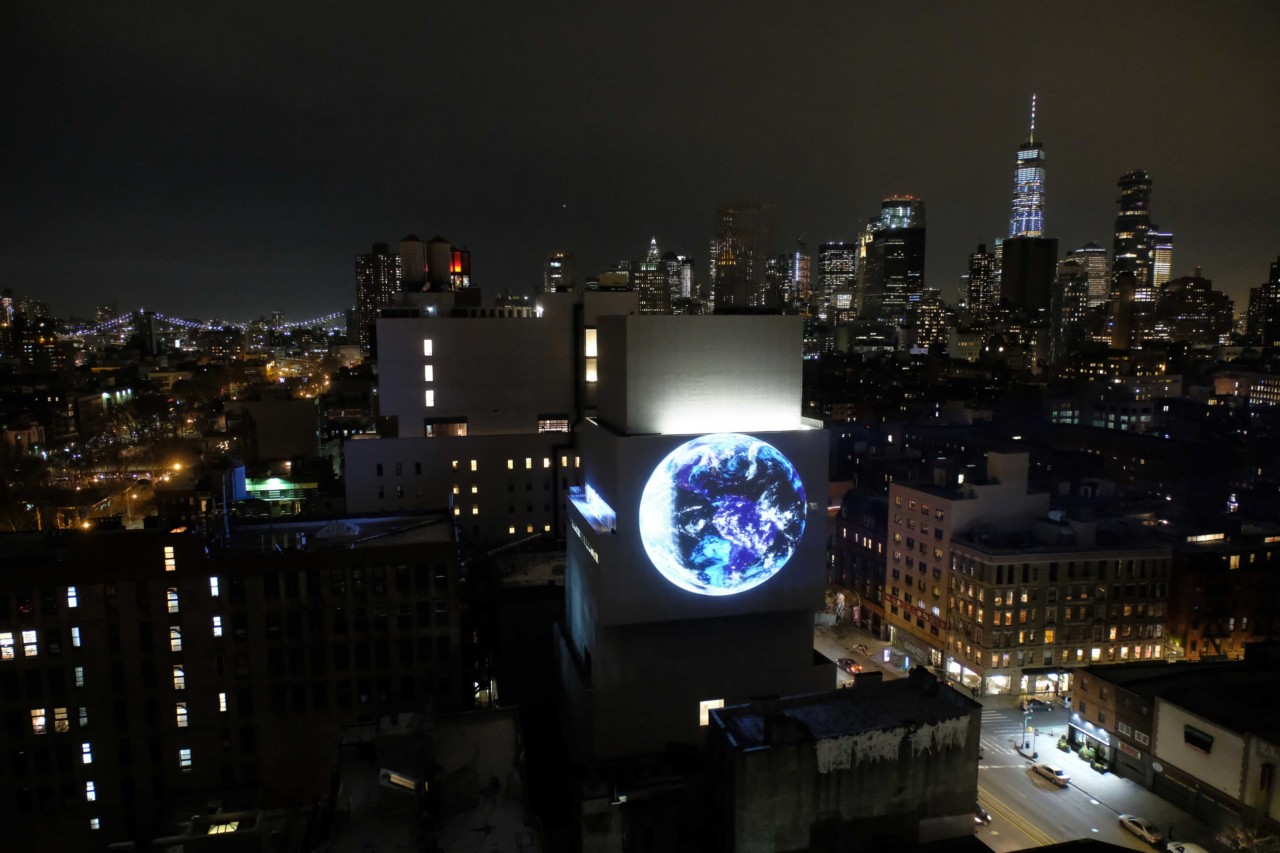 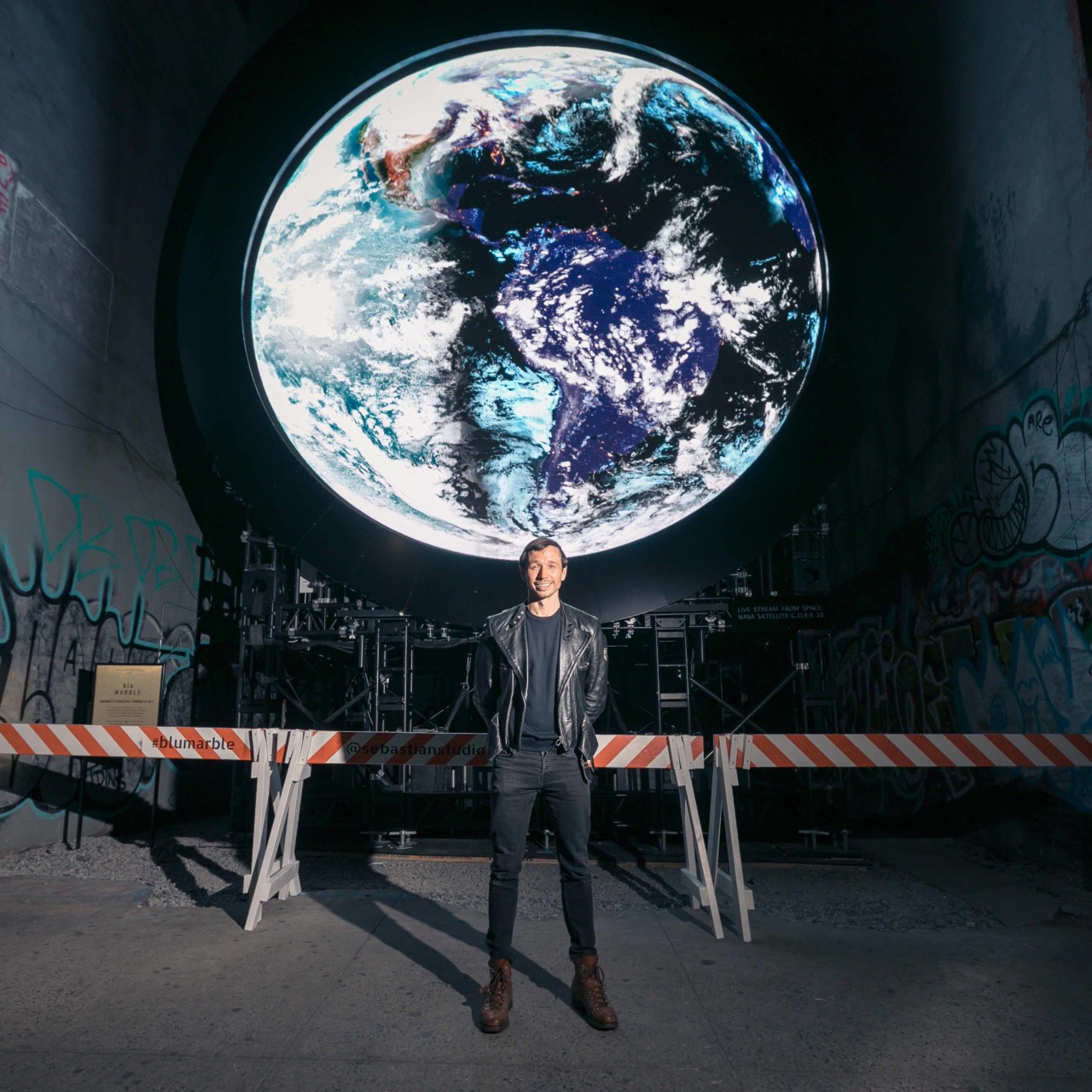 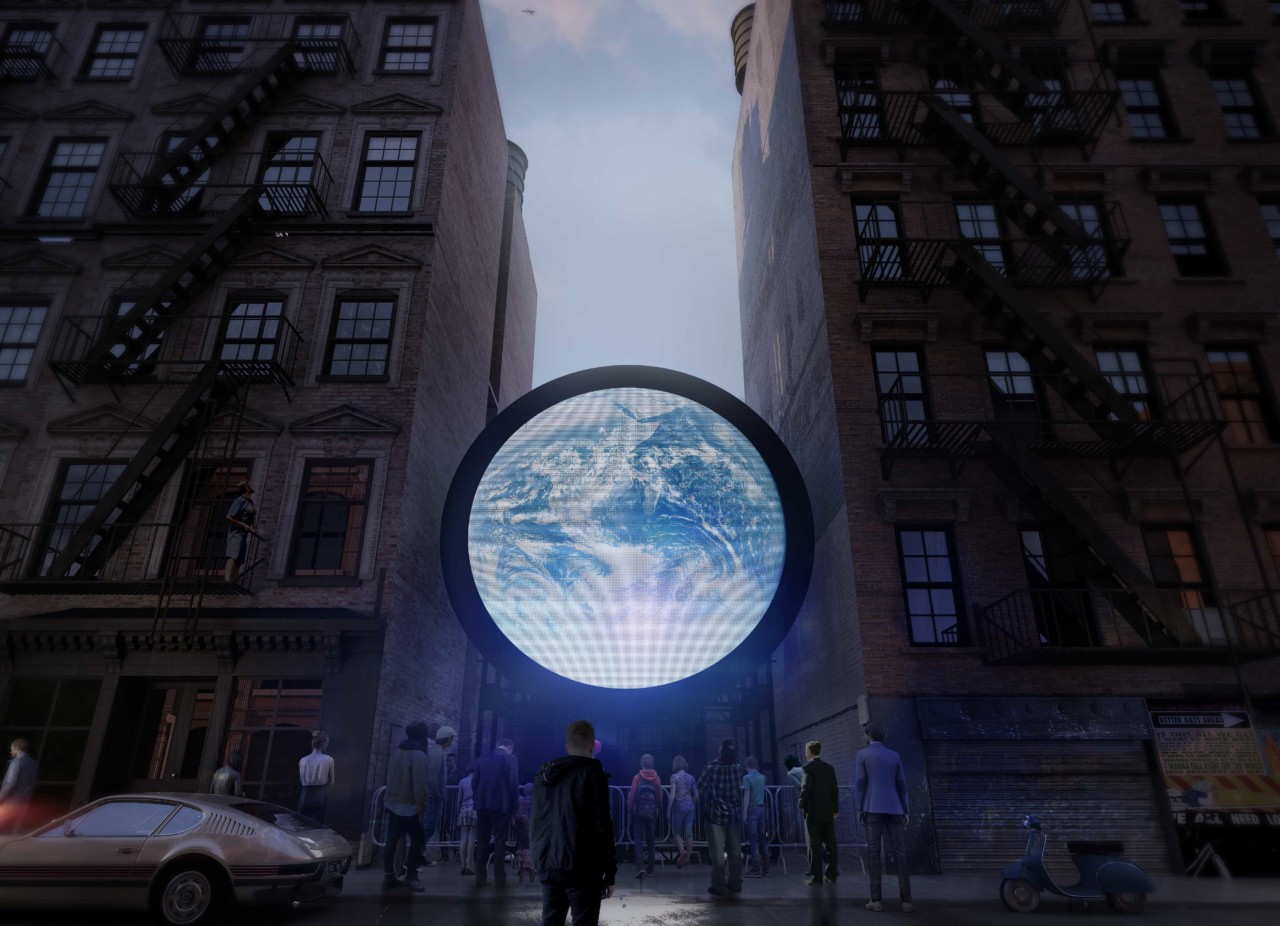 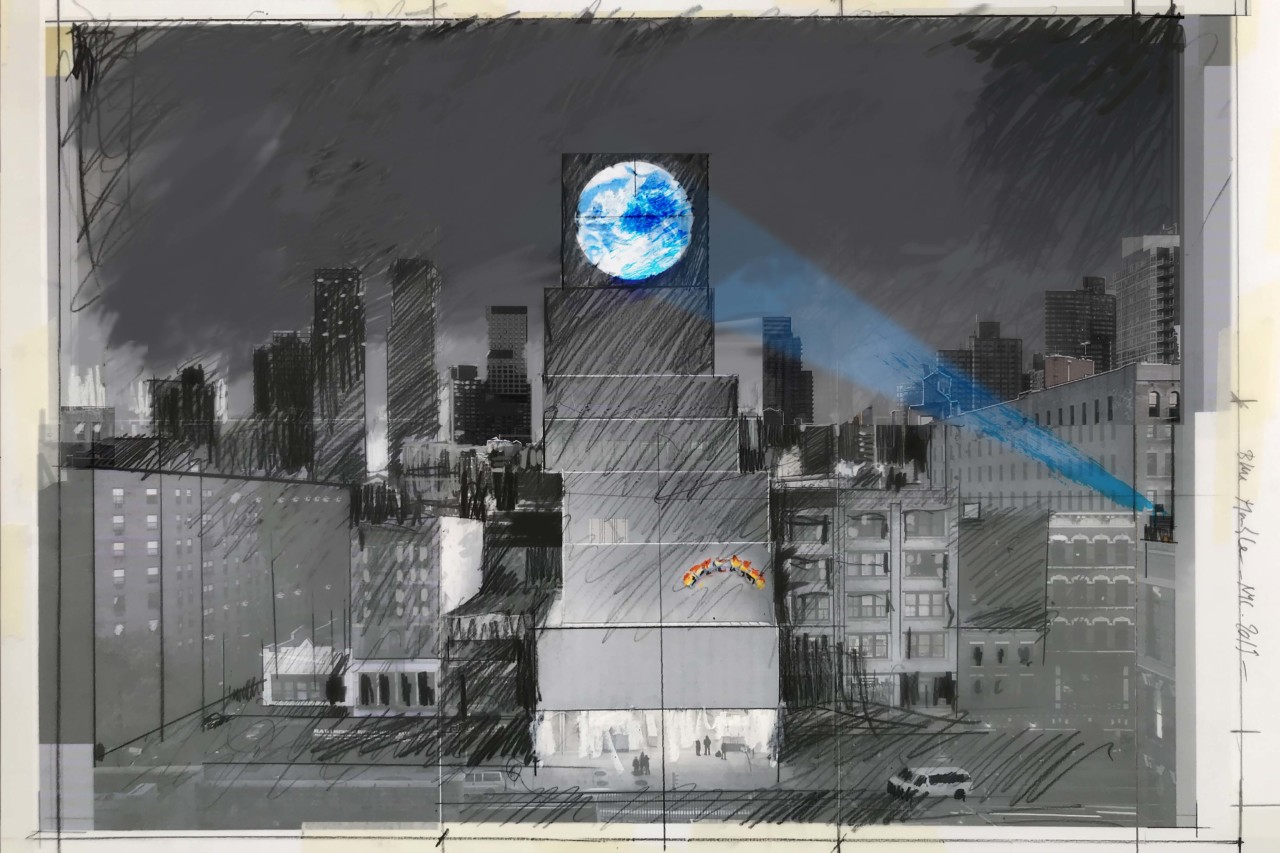 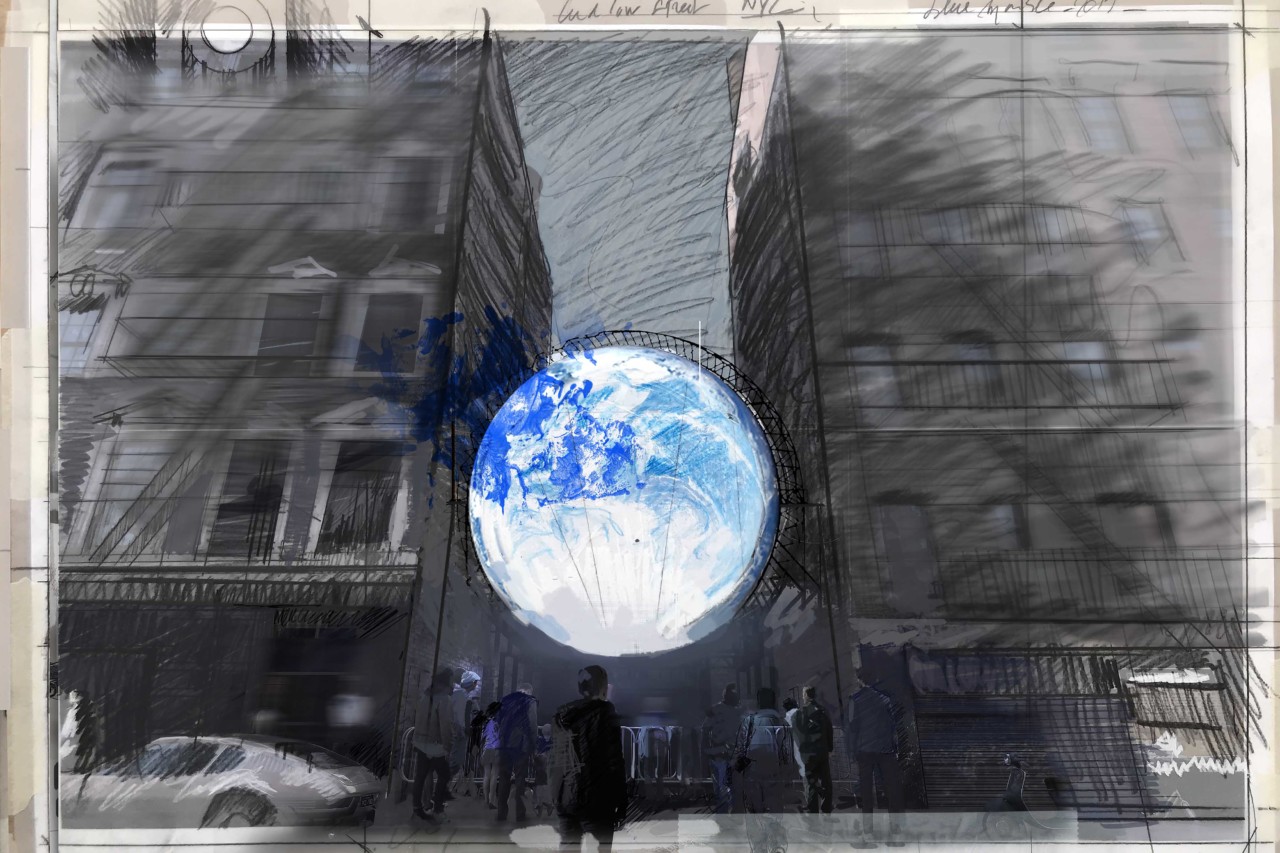 Artist Sebastian Errazuriz’s latest public artwork installation transcended the description of monumental with an effort and scale deserving of the epithet of planetary. blu Marble is a 20-foot LED installation that captured a macro view of our planet created using data from NASA satellites as part of a new campaign, ‘Pledge World by Blu’. 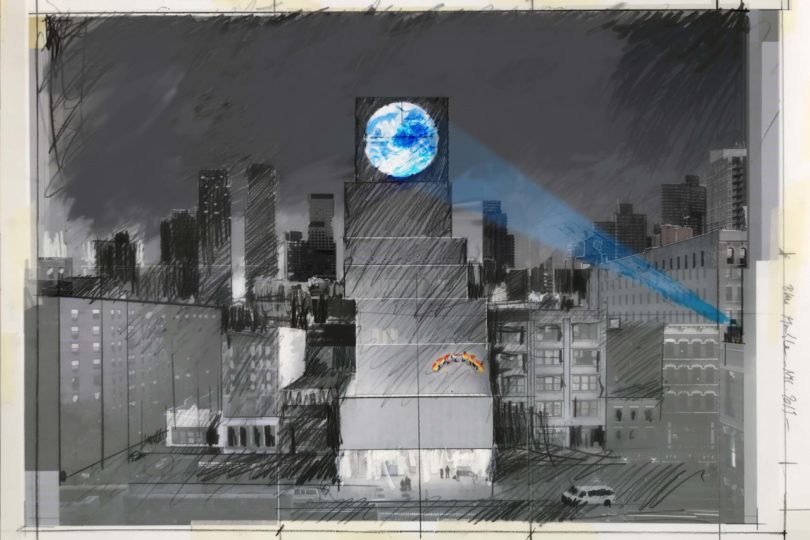 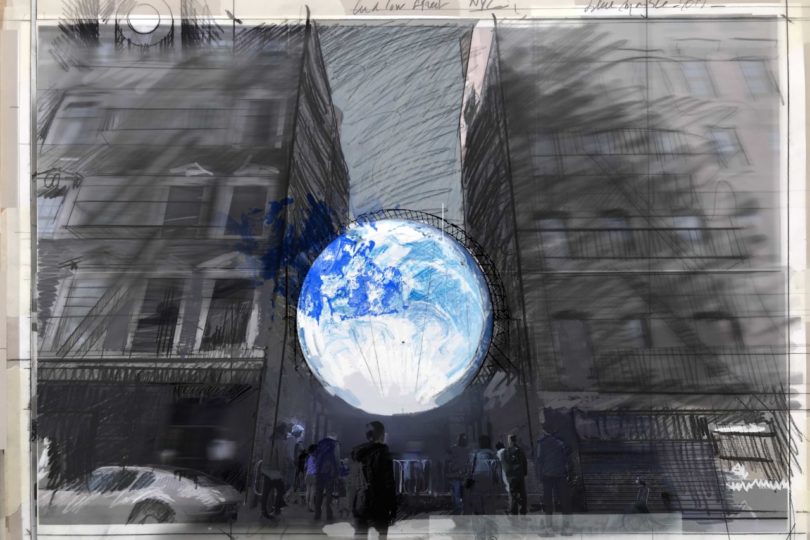 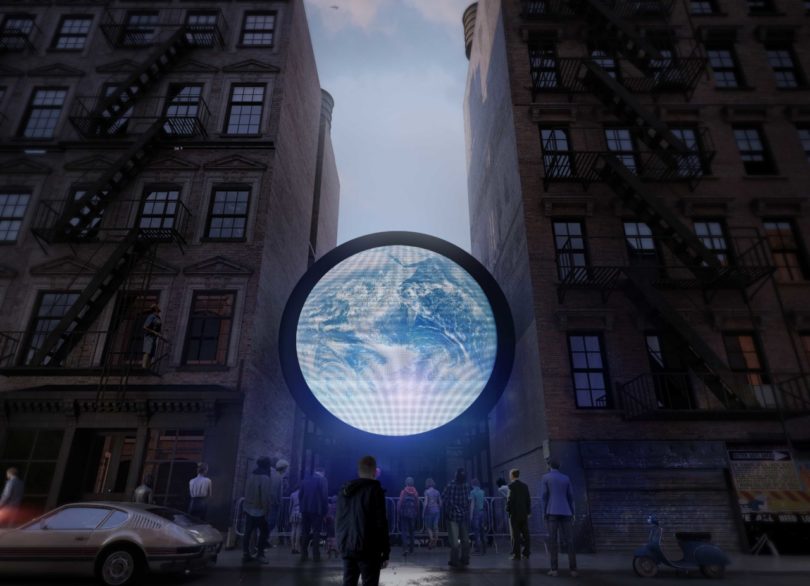 The project cites the 50th anniversary of the first lunar walk and the renowned picture “Blue Marble” photo of Earth captured by the Apollo 17 crew from outer space as inspiration. blu Marble was a way to pay homage to the iconic picture using contemporary display technology to raise awareness about our global connections and responsibilities.

blu Marble is a reminder of our miraculously fragile existence. It places our very existence in perspective at a global level – as a tiny spec in space – beckoning us to live fully with an awareness and mindfulness of our limited time on this vulnerable and beautiful planet. 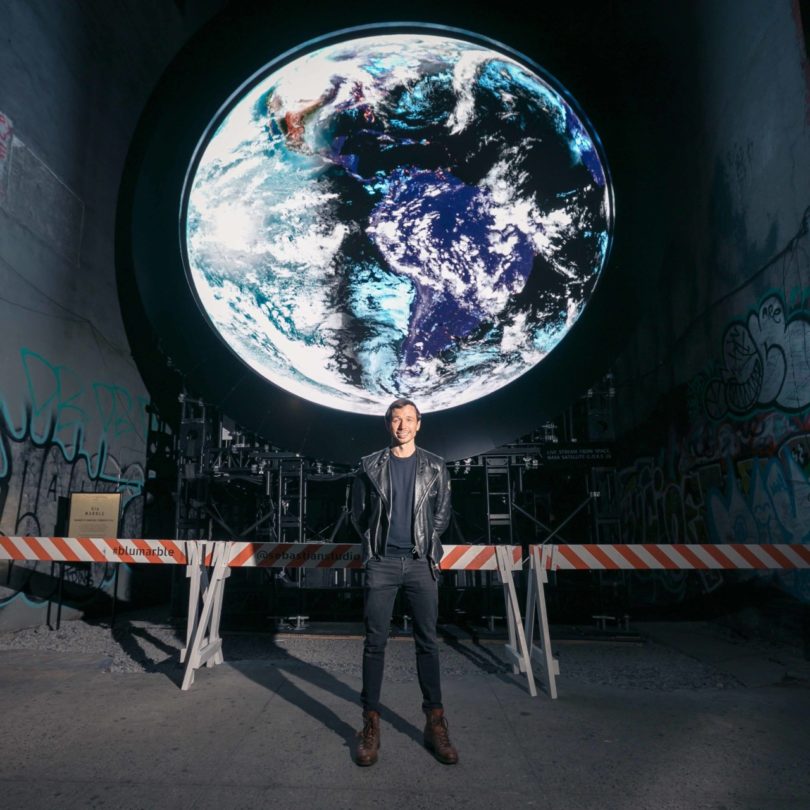 The image of Earth was created using satellite data normally used to monitor daily variations of vegetation, ozone, aerosols, clouds, and reflectivity across the planet. The audience passing by the installation at night saw a partially dark Earth with clusters of light and, in contrast, meteorological conditions during the day. Photo by Charles Roussel. 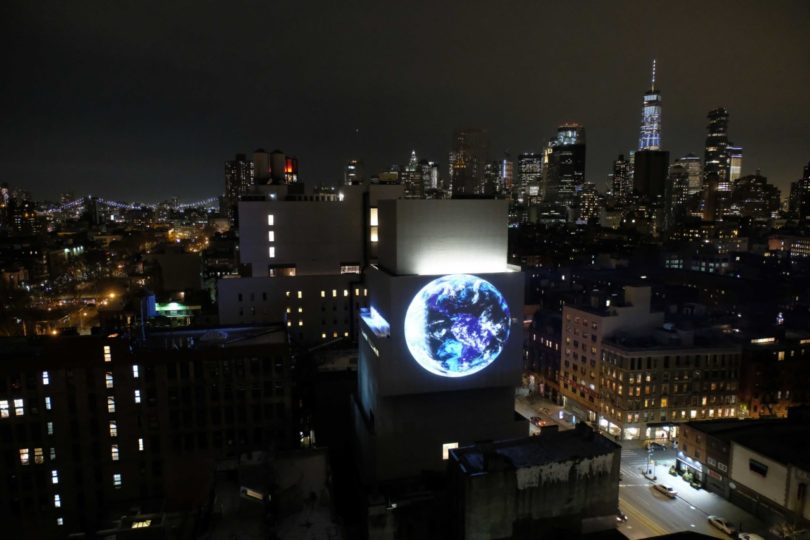 “blu Marble” was unveiled by Sebastian Errazuriz and Pledge World by blu on Wednesday, March 13, 2019 in New York. (Charles Sykes/AP Images for blu)

Displayed in cooperation with the New Museum, the blu Marble transformed the Manhattan skyline for a single night using a custom-created LED screen and software designed by Errazuriz to scrape, then merge the live imagery from a NASA satellite into a slow progressive feed of Earth as seen from space.

The result was a fleeting and flowing portrait of a planet not much different than that described by Carl Sagan, who famously remarked our lives were all unfolding upon “a lonely speck in the great enveloping cosmic dark…underscor[ing] our responsibility to deal more kindly with one another, and to preserve and cherish the pale blue dot, the only home we’ve ever known.”