The Bradley Element by Eone

The following post is brought to you by Eone. Our partners are hand-picked by the Design Milk team because they represent the best in design. 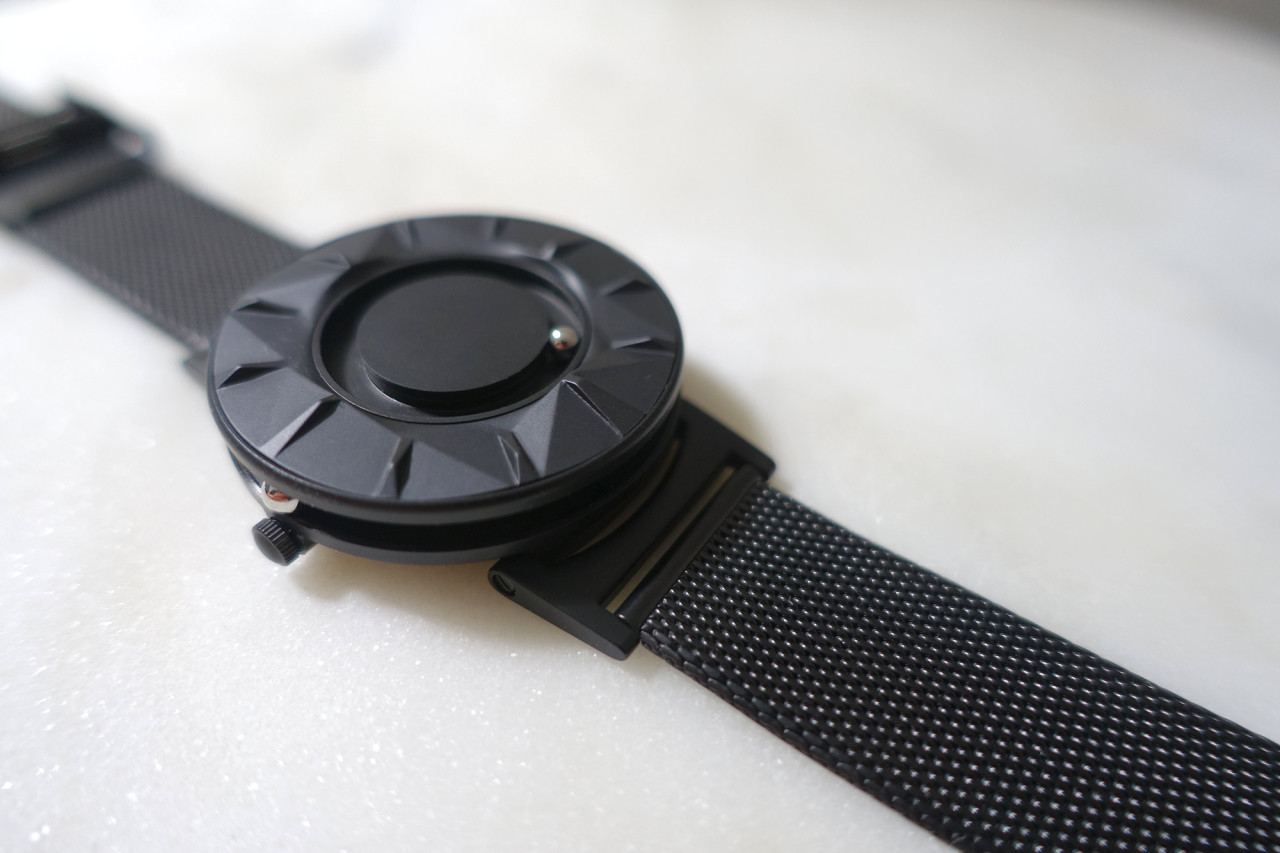 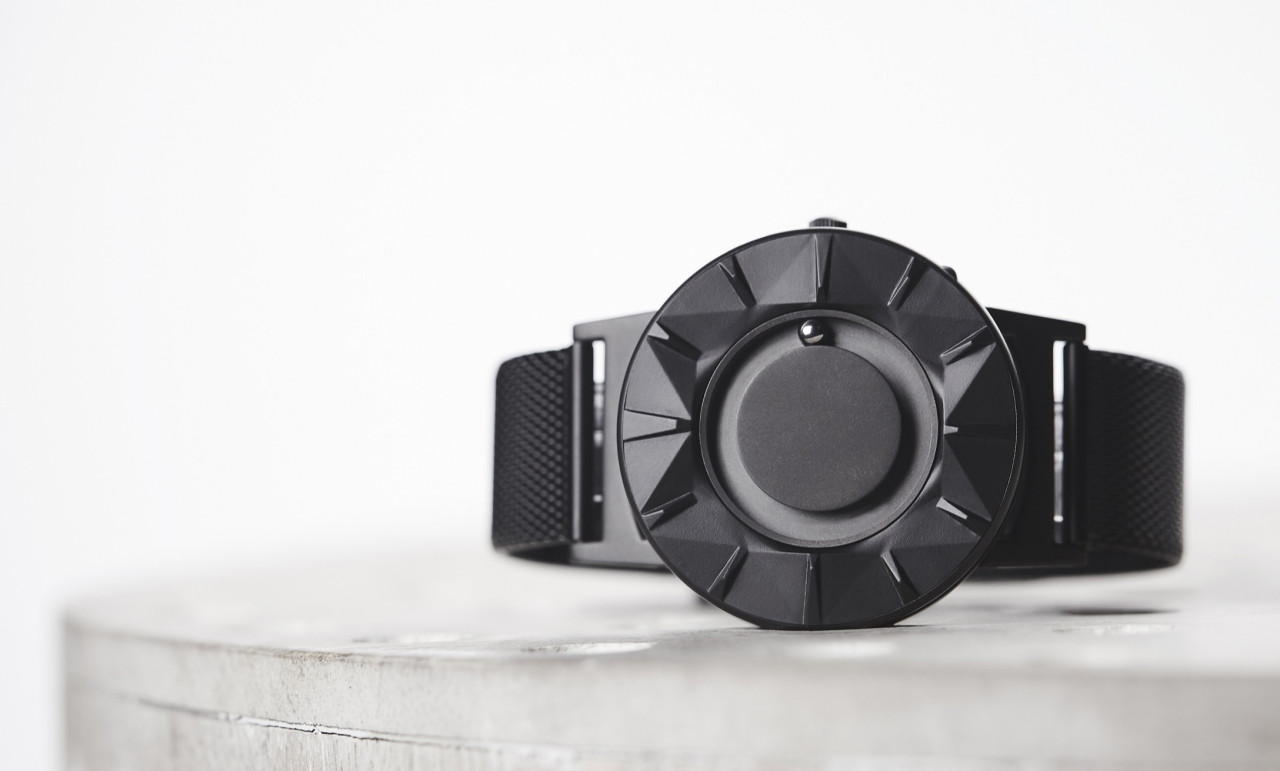 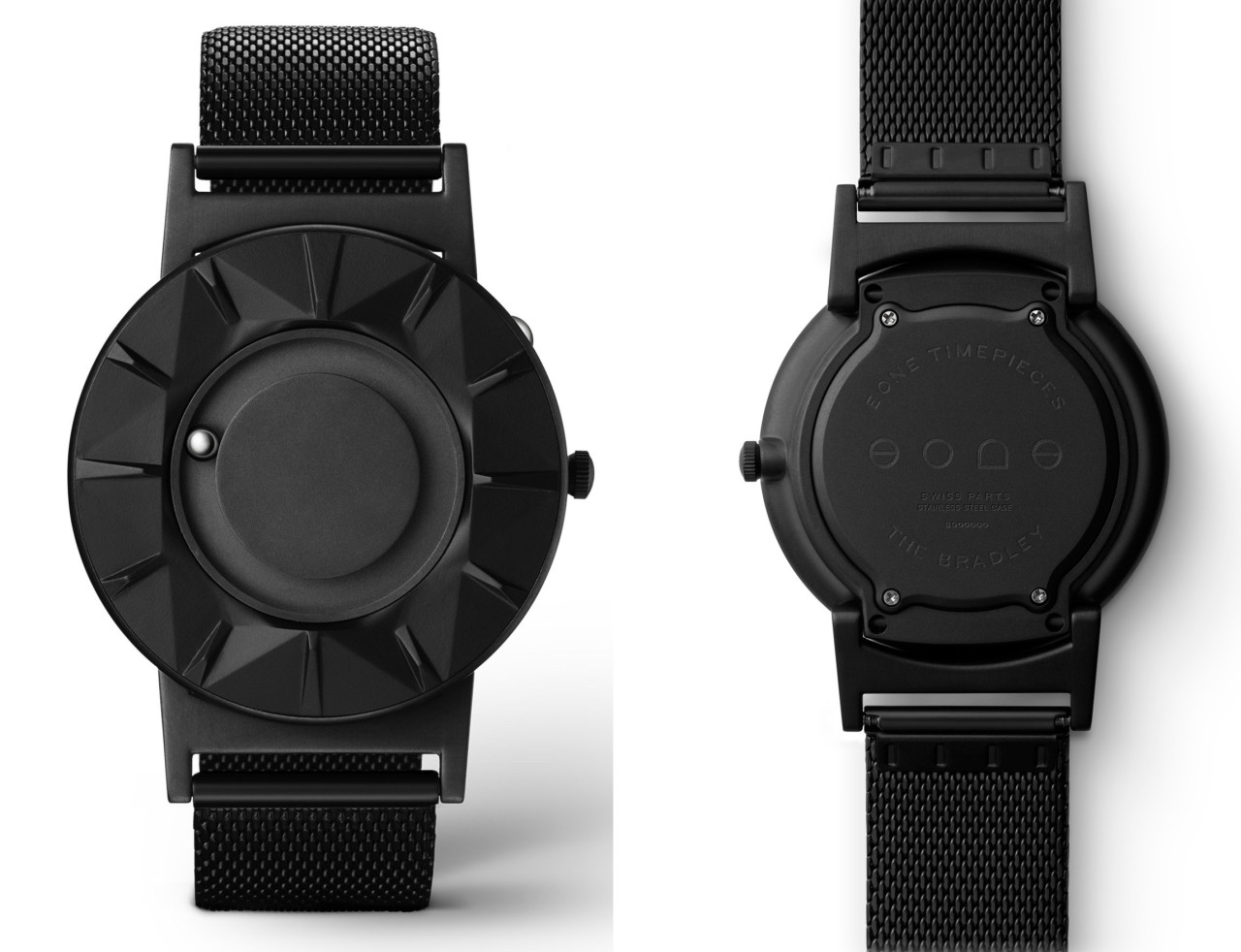 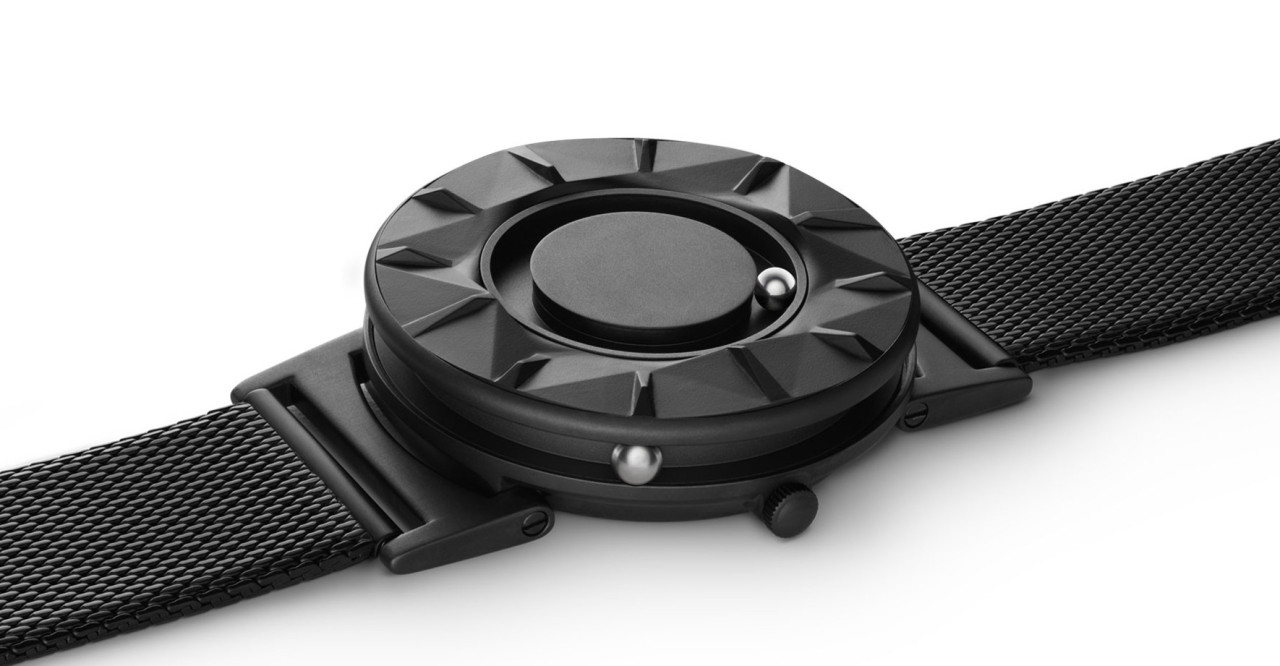 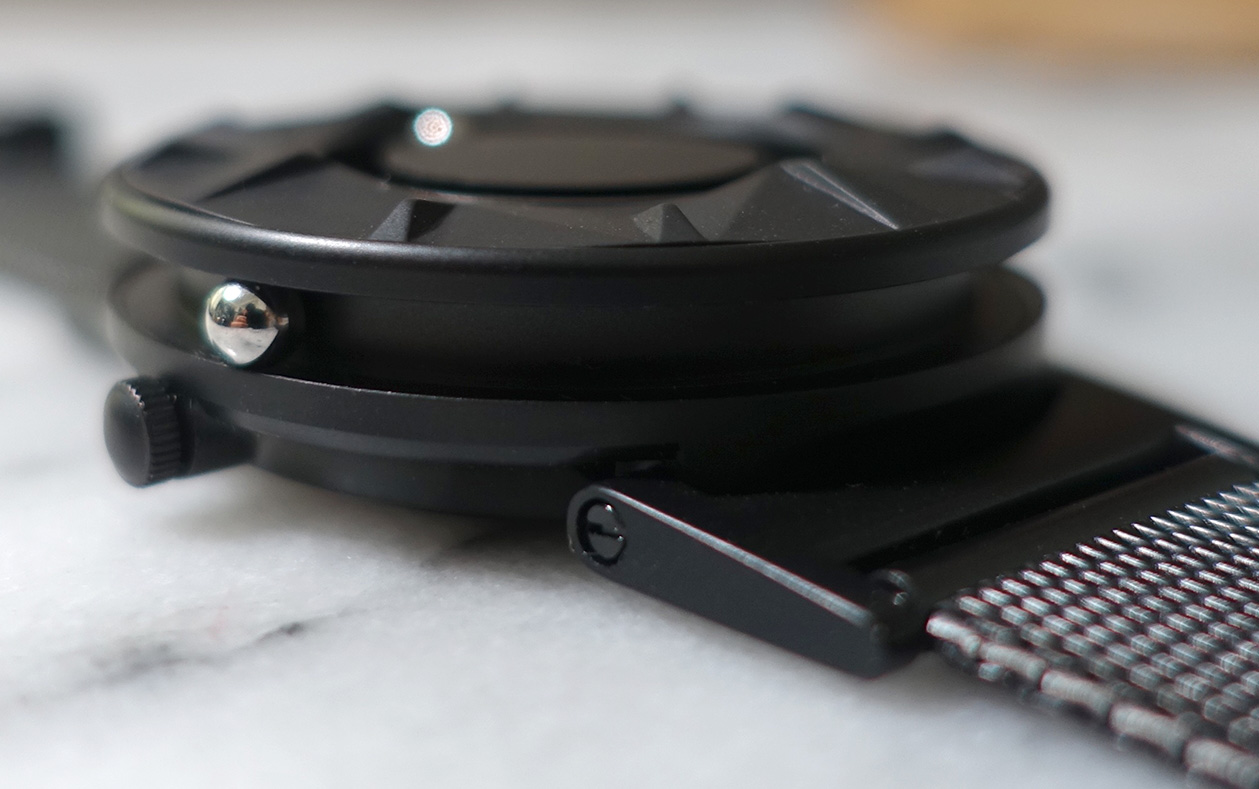 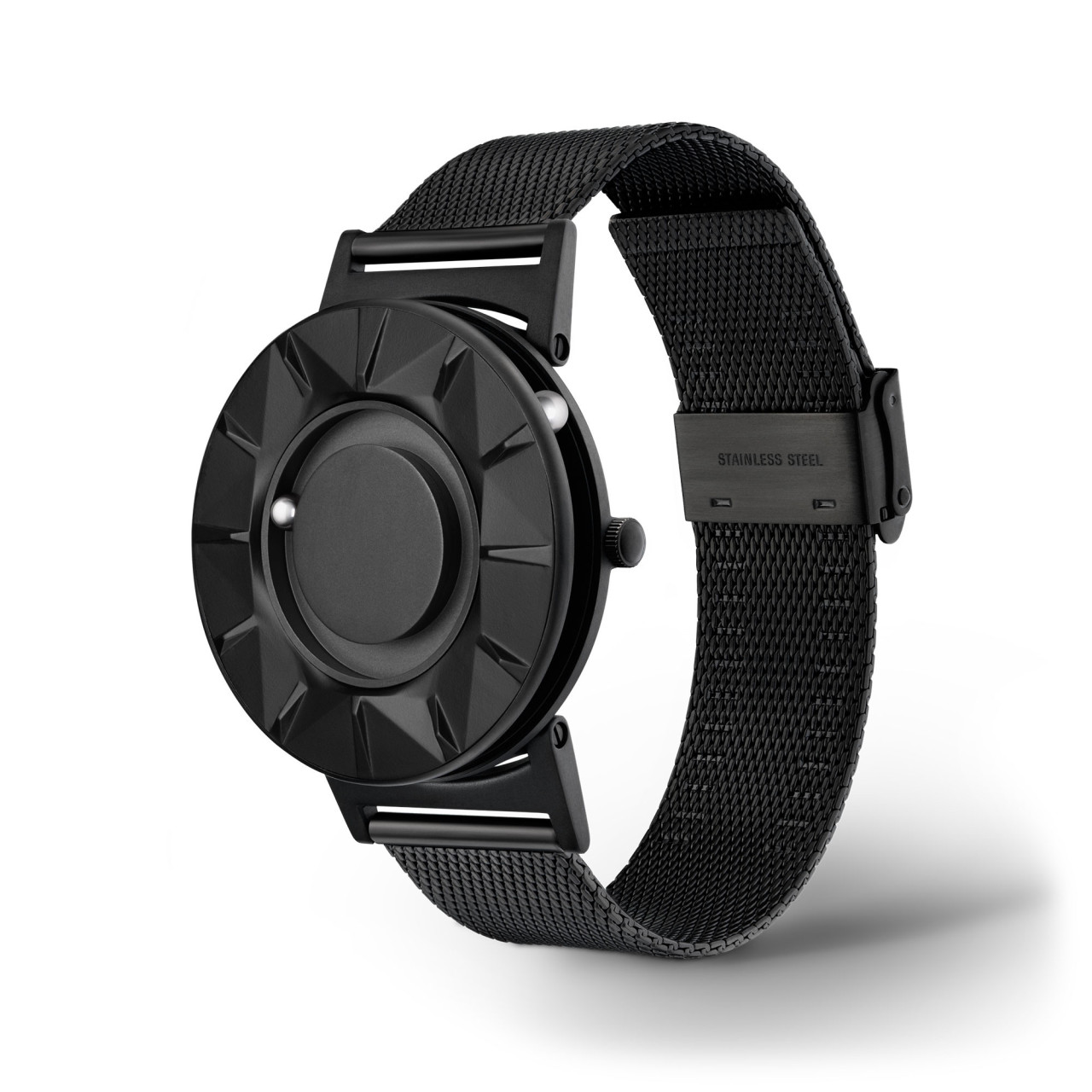 The Bradley Element by Eone
1/7 Photos

Spin the ball bearing and by the force of magnetism it will automatically return back to its hourly/minute position.
7/7 Photos

The Bradley Element's abstraction of time into angular marks exudes a Brutalist aesthetic.

“Unlike any timepiece you’ve ever seen, or felt.”

The declaration above seems hyperbolic, considering the vast selection of watch styles available today for casual and committed horologists alike. But in the case of The Bradley Element by Eone, the description merits investigation: a unique timepiece characterized by a three-dimensional design, topologically communicating the passage of minutes and hours for touch rather than solely by vision. 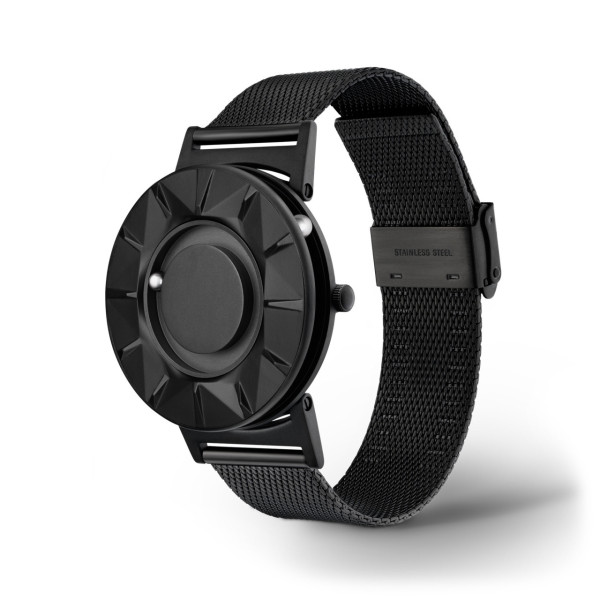 The Bradley Element’s abstraction of time into angular marks exudes a Brutalist aesthetic.

The Bradley line of timepieces was designed with and for the visually impaired. Washington DC-based Eone came to an innovative solution in attempting to take sight out of the equation, replacing traditional watch hands with a dual ball bearing system powered by magnetic movement.

The wearer—whether sighted or impaired—has the ability to determine the time by touch alone, matching the position of each ball to a corresponding beveled marker on the watch face. The smaller interior orbit corresponds with the minutes, with the outside perimeter orbit matching the hours (marked by elongated markers across the face at the three, six, nine, and twelve hour positions). With practice, a wearer can discretely tell the time by fingertip alone, making the Bradley Element useful in situations where the rude intrusion of an illuminated screen or distracting glance at the wrist could get you into trouble. The Bradley Element’s secretive function and eye-catching design makes it both a covert operation and a conversation-starter all in one. 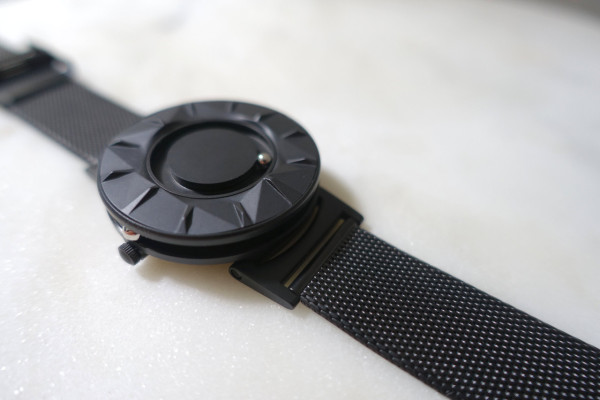 Unpacking my sample watch, I have to admit I was initially perplexed by the abstract face design — a sunburst landscape of convex and concave shapes unlike any timepiece in my personal collection or recollection. The mean-looking matte black, scratch-resistant ceramic and stainless steel piece is protected with a military-style Physical Vapor Deposition (PVD) coating, while a smooth and tightly knit steel mesh Milanese band offers an adjustable and comfortable fit once customized to the wearer’s wrist size (a small flathead screwdriver is all that is needed to resize the band). The combination of materials made me feel confident that if I accidentally hit the watch against a table, it would be the table that would be left worse for wear, not the timepiece. 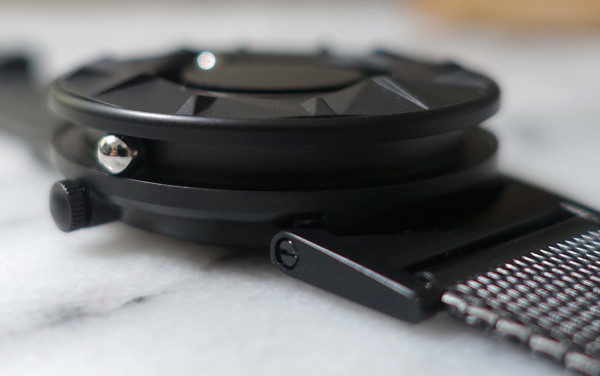 Spin the ball bearing and by the force of magnetism it will automatically return back to its hourly/minute position.

Worn on the wrist, the 40mm diameter (my preferred diameter) and 11.5mm case thickness imparts a satisfying heft, never crossing over to the mark of unwieldy. Similarly, the watch face’s angular, beveled surface presents a muscular and raw personality, but still communicates a sophisticated and sculptural presence that can be comfortably worn both casually and in more formal occasions. (Think of this minimalist matte black piece as the watch equivalent of a black suit).

With careful observation, you can catch the minute-marking ball bearing perceptively move forward with a minuscule twitch, something I was able to capture using a small macro lens attachment:

If you’re wondering about the watch’s name, The Bradley Element was inspired by former Navy Lieutenant Brad Snyder, a bomb defuser who fell victim to an IED blast in Afghanistan. Turning tragedy into triumph, Snyder went on to win two gold medals and one silver medal in swimming at the London 2012 Paralympics just a year after the accident.

Like the watch’s namesake, Eone’s Bradley Element is already earning accolades, recently nominated for Design Museum’s Design of the Year award, and available online for pre-order at $395. 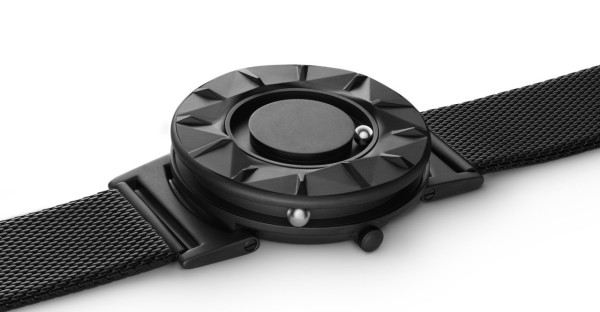 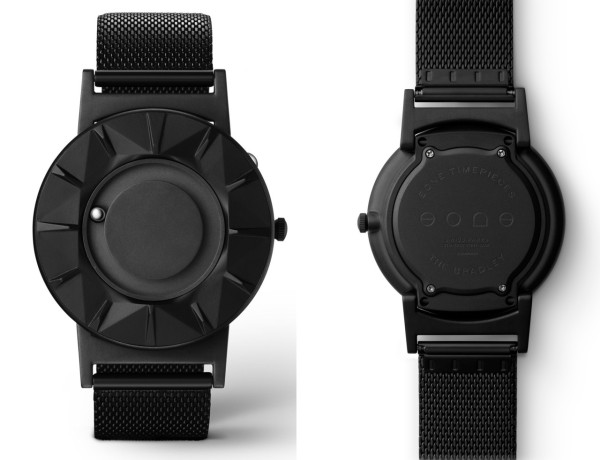 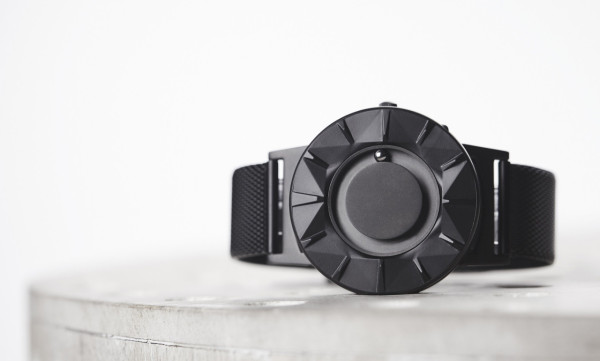