We’re proud to create the following content in partnership with Squarespace, an easy-to-use website builder. Our partners are hand picked by the Design Milk team because they represent the best in design. You can start your free Squarespace trial today. Use code DESIGNMILK for 10% off. 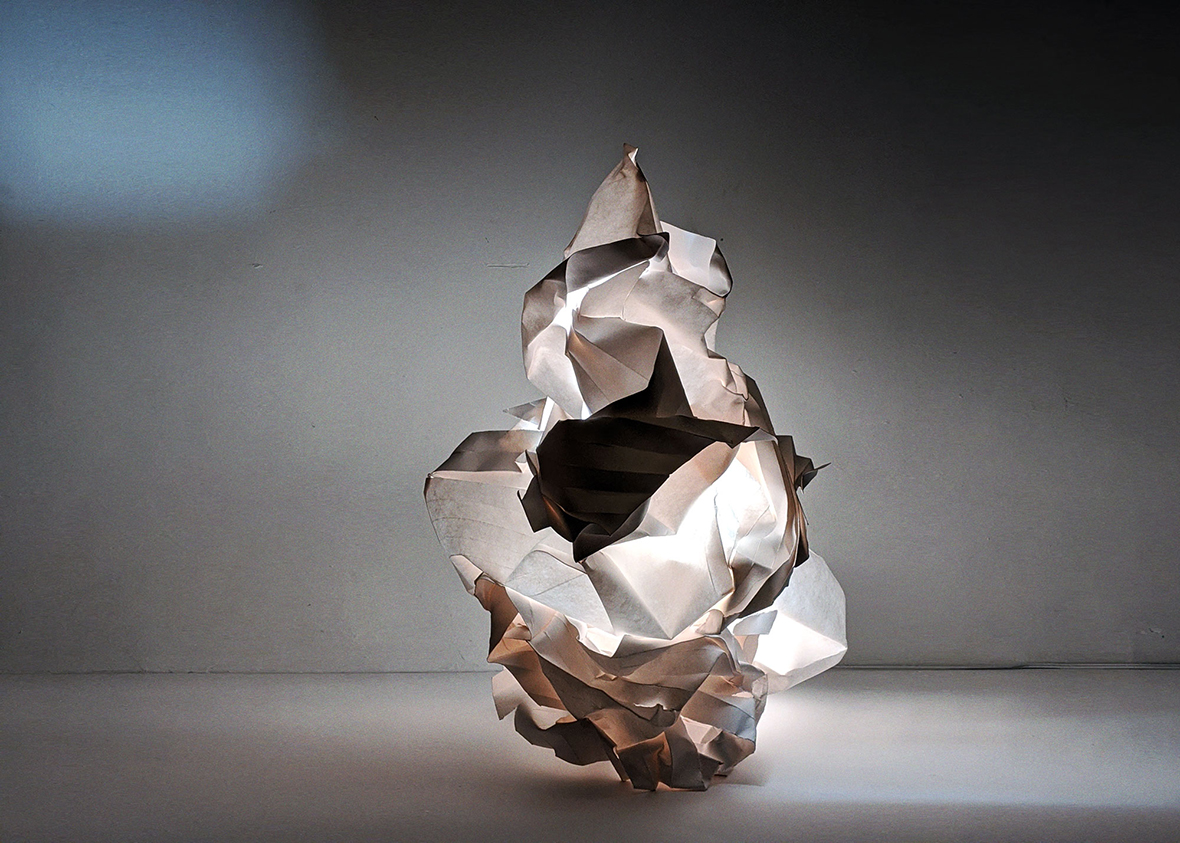 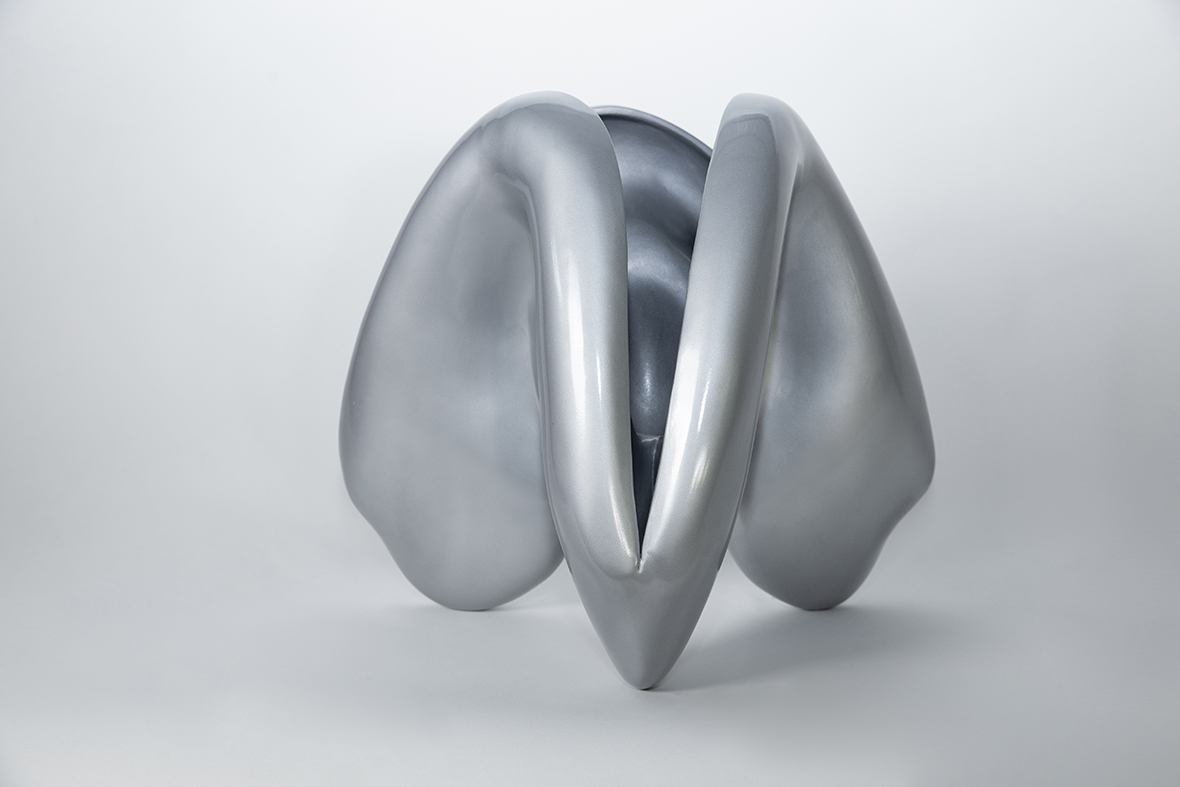 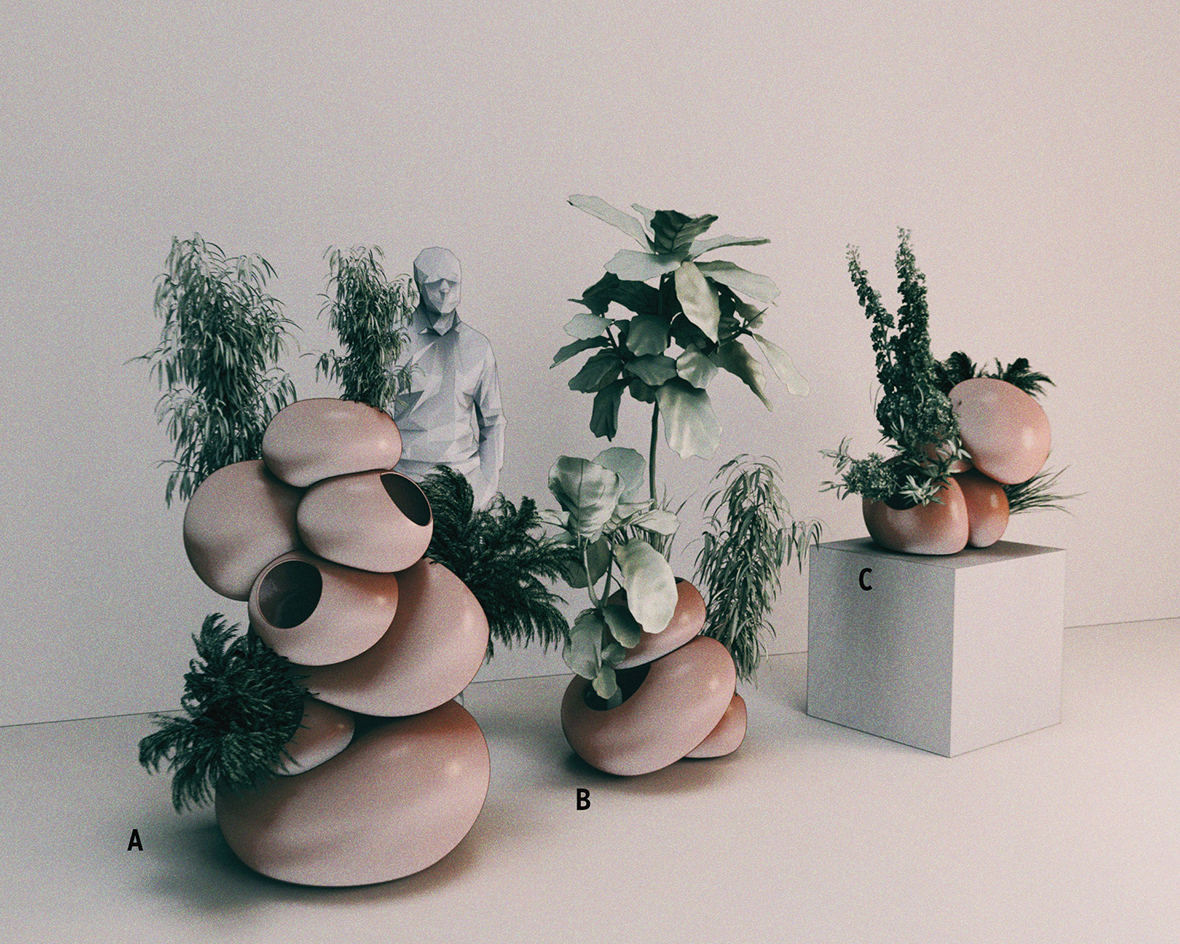 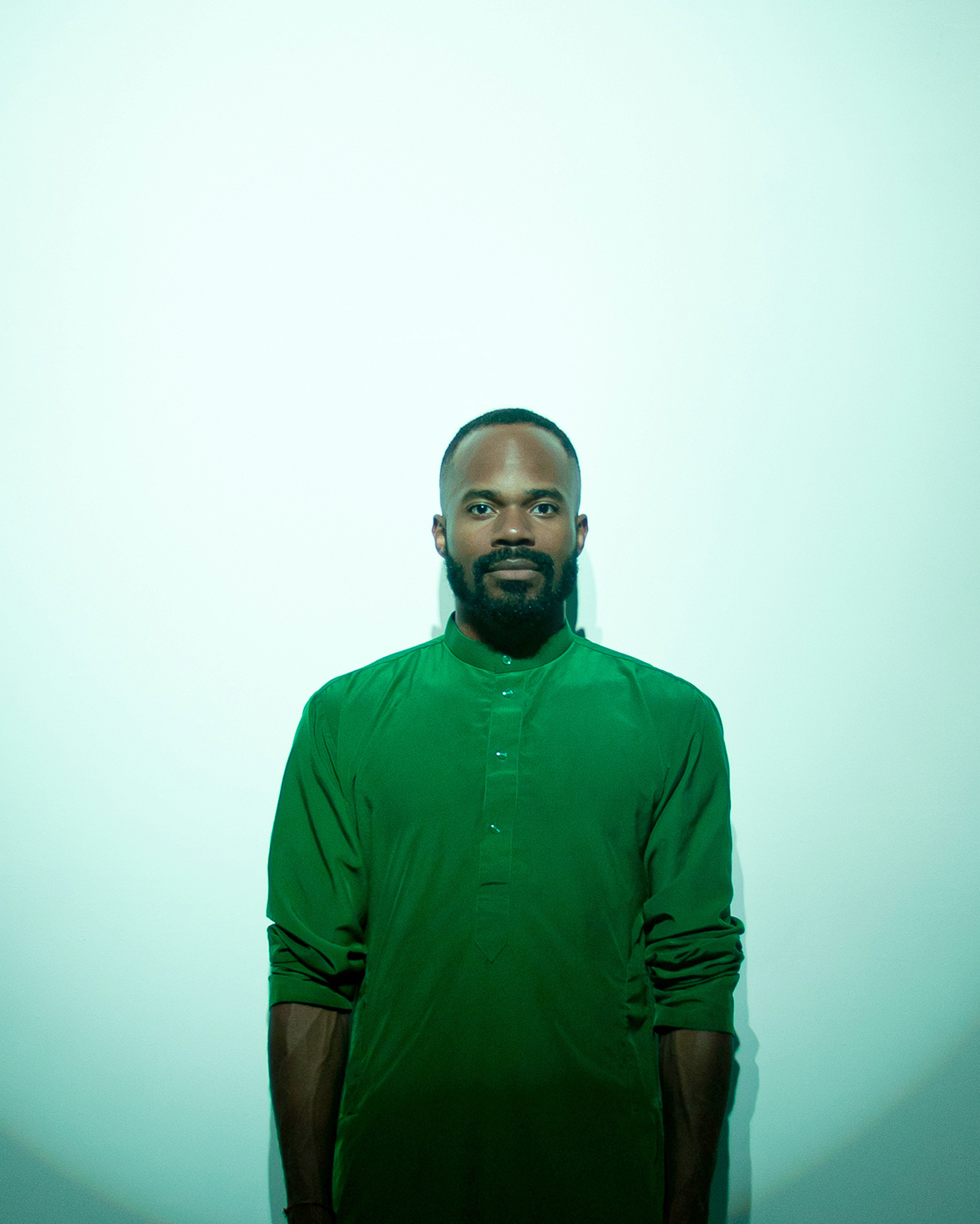 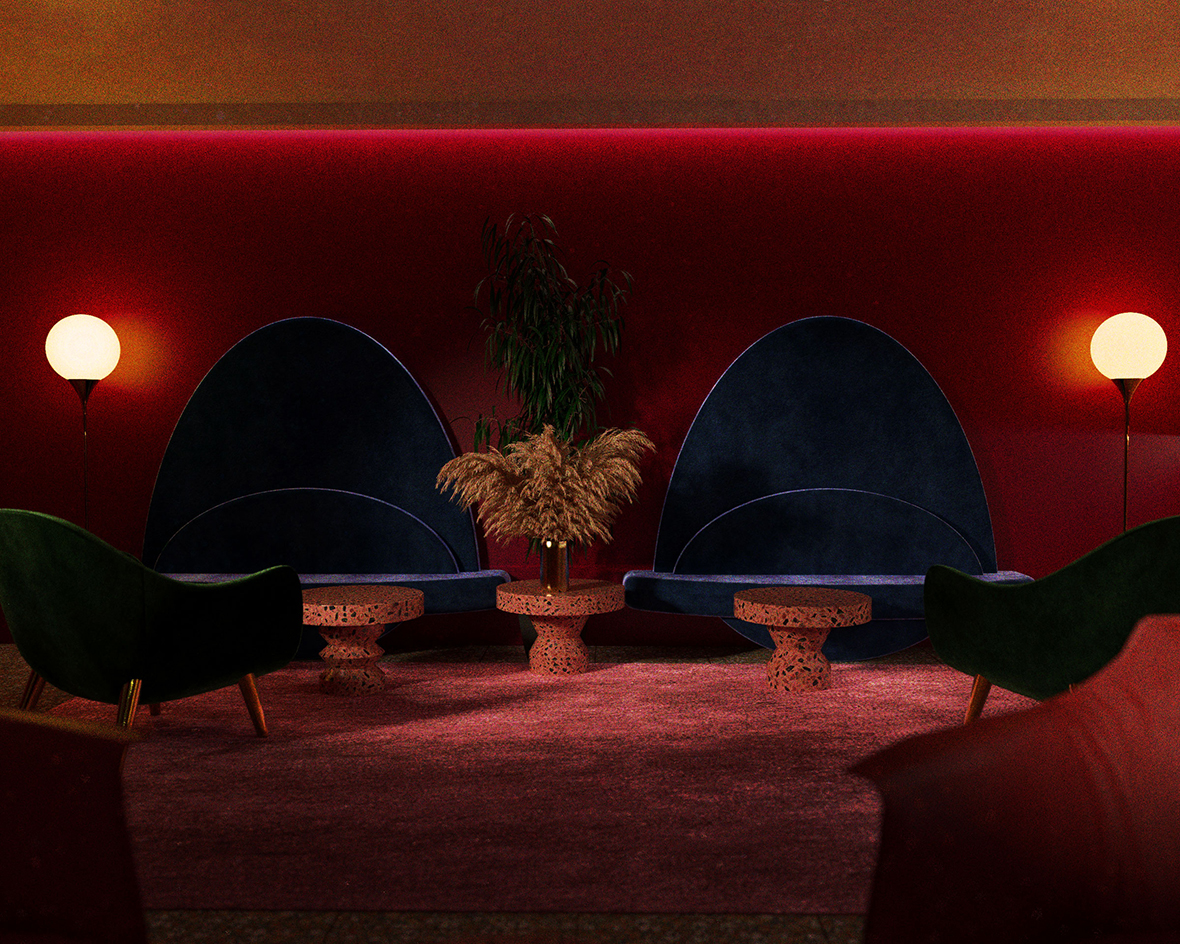 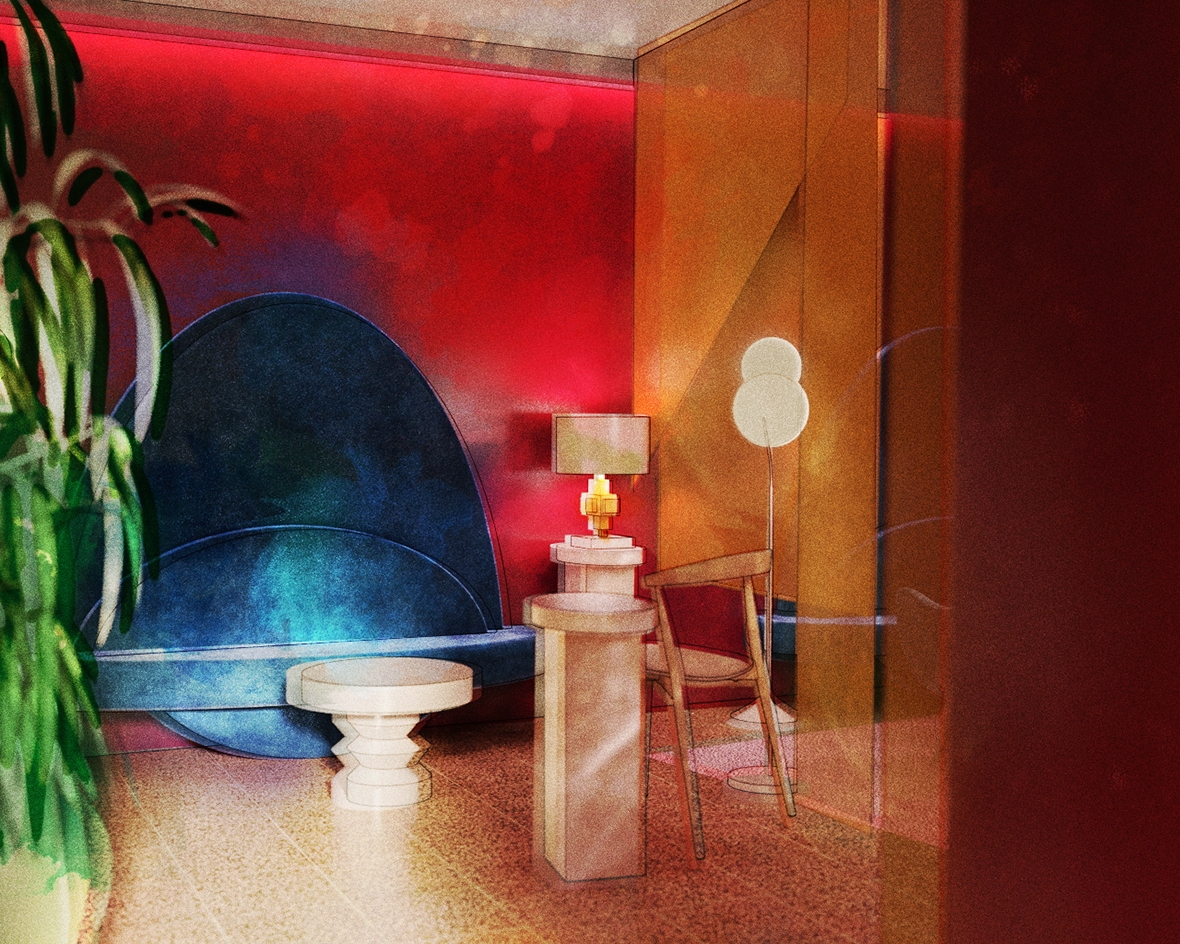 “Right now, the furniture industry does not entertain anything that could be called daring – instead it leans on the tried and tired.” Provocative words from Bradley L. Bowers, whose New Orleans-based studio work fearlessly remixes infinite influences – many coming from the world of visual art and, notably, the fashion world. “I have learned so much from the worlds of high fashion/haute couture/alta moda,” says Bowers, whose work ranges from his mind-bending Mélange wallpapers to earthy, one-of-a-kind “pinch” cups to high-glam furnishings composed primarily of metal ellipses. “In my mind, they’re identical to a design-build furniture practice. In both instances, you have a vision in mind for a particular person, which must meet predetermined objectives. And to bring that vision to life, you either craft it yourself or you align yourself with incredibly gifted artisans.” 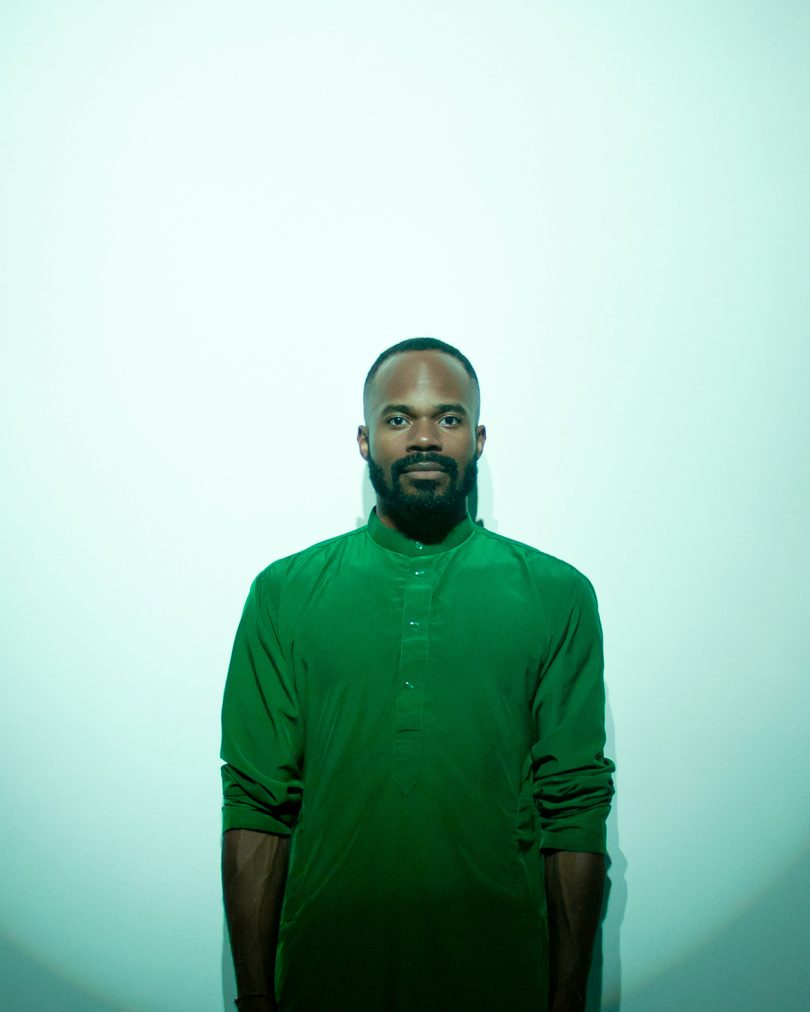 Those relationships are clear in Bowers’ oeuvre – like his Halo lighting pieces, which debuted in early December at Design Miami. Intricately folded, their process photos, showing a white material in organic flection, could be fabric; instead, it’s heavyweight cotton paper, painstakingly reworked by Bowers. The result is a piece that’s as formally successful as it is functionally relevant.

Bowers also looks to the fashion world for a different take on the traditional economics of furniture design. “Fashion is an industry that is fueled on the creative bubblings of artists, and it is also a financial juggernaut,” he says. “As an industry, it proves year after year that creative exploration is lucrative and can be structured into a reliable profession. I think furniture can learn to thrive by embracing the loony and the audacious.” He says that audacity will come when furniture designers have the support of not only experimentally minded galleries but bigger companies as well. “Every season, Dior offers its clients something new and unexpected,” he says. “Every season furniture brands offer the same bed, but this time in walnut.” 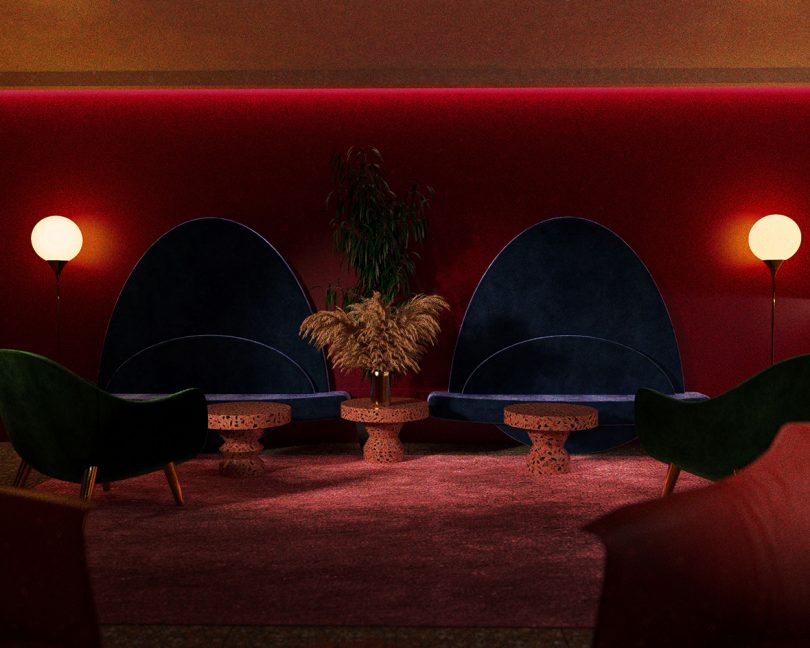 Bowers got his start at the Savannah College of Art and Design, where he majored in industrial and furniture design and worked with a five-star roster of clients, including Procter & Gamble, Ralph Lauren, Adriana Hoyos, and Gulfstream Aerospace. How’d he manage that? “I have always maintained a healthy level of obliviousness,” he says. “Because of that, I never told myself that I shouldn’t speak to a person, or reach out to a company because they’re famous or a Fortune 100 entity. So, I talk to everyone. And while I was at SCAD, I was bolder than I am now – so when I heard that companies, real-world companies, wanted to work with students, I sought out the professor in charge and asked to join.” 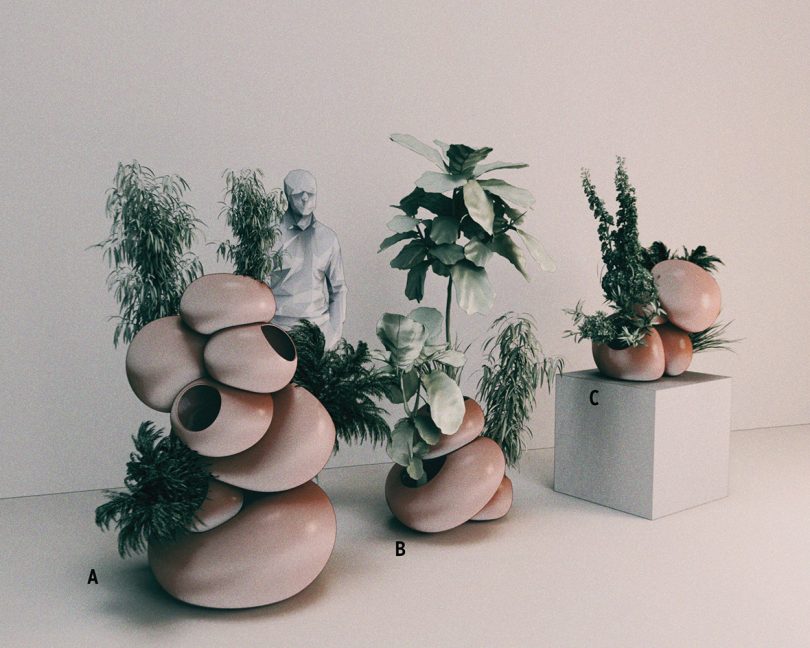 Of course, it helps to be outrageously creative. When creating an eyewear collection for McGee Group, Bowers started riffing on medieval Japanese helmets. “My point of reference was that both eyewear and helmets function to protect and enhance the wearer – I like finding the links between things,” he says. His path to developing that collection is a worthy window into his process. “I started the same way I start every project: I ask myself what ‘is’ the thing I am creating? When I ask this, I am thinking of it pared all the way down – no bells and whistles, no feathers and sequins, just the bare bones. And for eyewear, the answer I gave myself was: Eyewear are artifacts that can shield (sunglasses) and enhance (optical lenses) you.” With that distillation in mind, Bowers looked for objects that functioned in the same way. “I focused on helmets since they also share the link of being associated with the head,” he says. “From there, it was a matter of researching helmets throughout the ages, and the Japanese were experts at marrying the detail and craftsmanship of creative expression with the need to be protected. The collection borrowed curves and silhouettes from different helms and samurai masks, and the curve of the arms of the glasses took their cue from the natural bend and arc of the katana.” 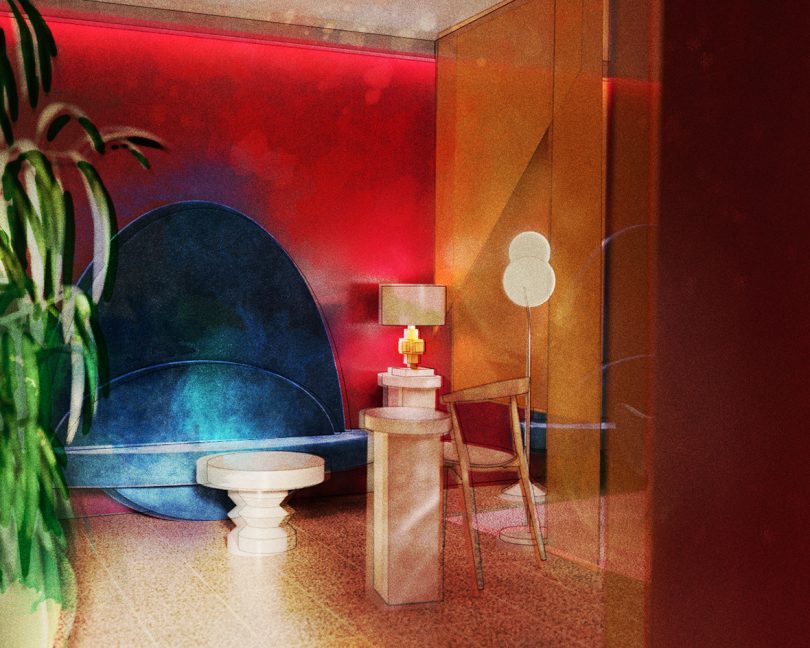 For Bowers, Squarespace was the one tool that allowed him all of the control he needed to create a vibrant, dynamic site. “When I first did my website, it seemed like Squarespace had the best system for it,” he says. “I like to control things, and I often have new things to add, so a traditional system of hiring someone, then emailing them, and then waiting for them to upload it, then asking them to change it again because it’s not right… that whole process is not for me. So, I flocked to a platform that essentially said, ‘Have at it.’”

Using Squarespace means never having to wait for a remote developer to get to your request. “I previously attempted working with a developer and did not enjoy the process of back-and-forth,” he says. “When I have an idea, I like to execute it immediately, so I can quickly see if it’s any good. When you have to wait and wait to see if an idea is crap or not, you waste time and you kill the momentum of the creative process. So, now I design and update the site myself.” 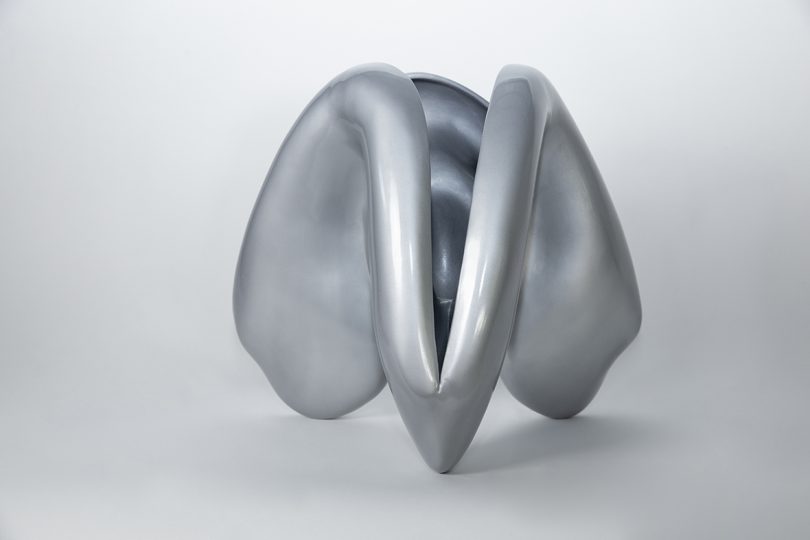 If you’re ready to share your own vision with the world, take the first step today with Squarespace. Start your free two week trial and use coupon code DESIGNMILK when you’re ready to get 10% off your first domain or website subscription.