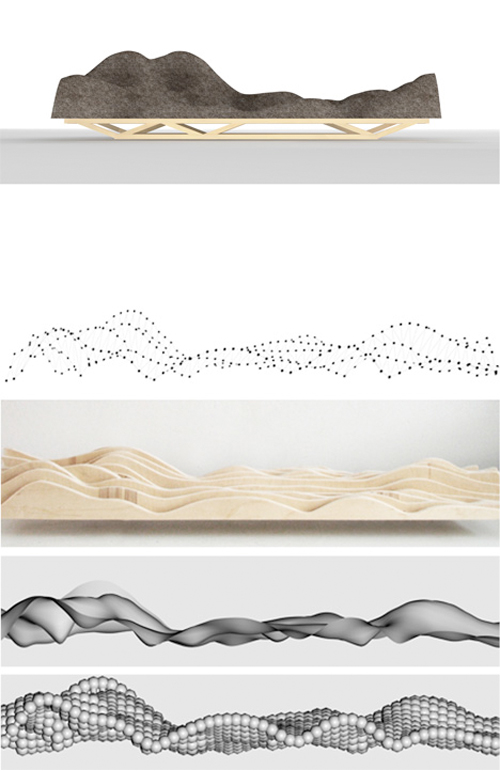 The sofa’s unusual appearance is inspired by the shape of a brain wave scan measured by a elektro-encefalogram (EEG) using a set of electrodes connected to the designer’s head. This allowed the designer to have control over the design, since opening and closing his eyes influenced the brain wave’s shape. In addition, the concept is a reference to a futuristic workflow in which the designer only has to close his eyes and the computer “prints” the result out.

You can follow Catrina on . Read all of Catrina's posts.