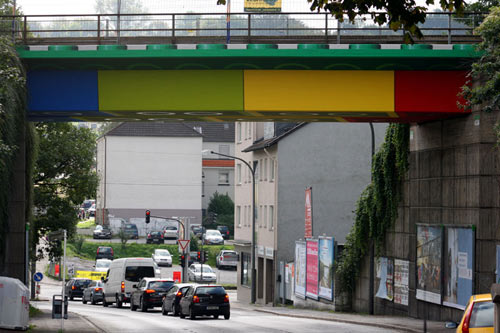 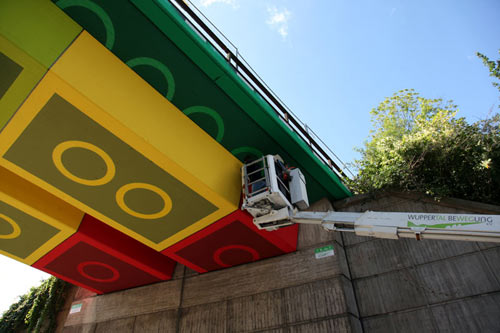 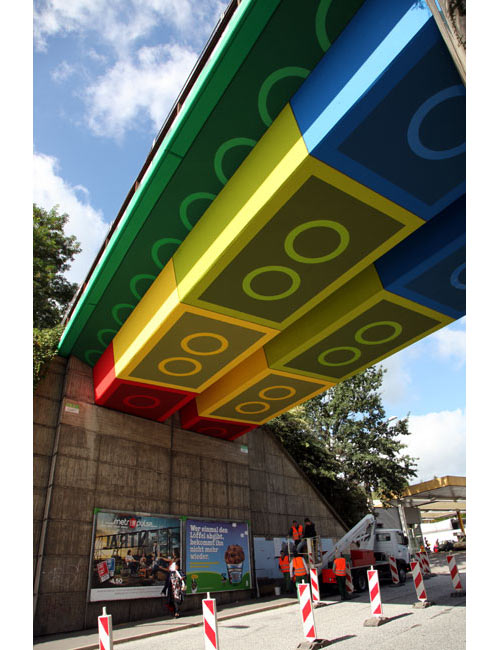 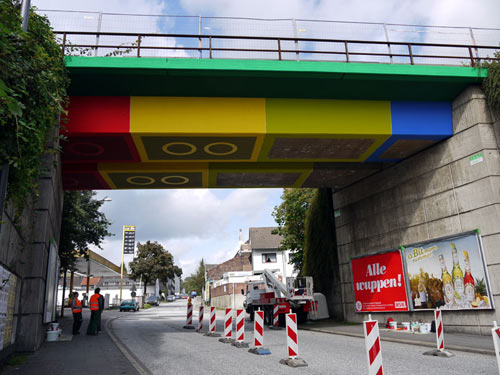 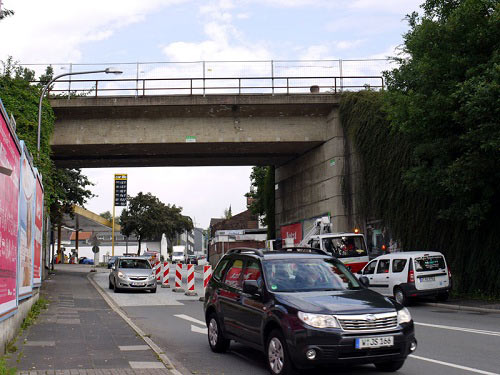 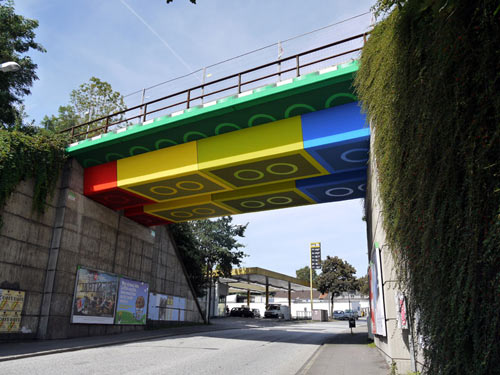 A plain old overpass was designed to look like giant LEGO bricks by MEGX, a street artist whose graffiti is really quite beautiful. The 250-square-meter bridge in Germany went from bland concrete into one of the coolest things we’ve ever seen. Think it’s photoshopped? It’s not…

The Wuppertal, Germany bridge was a blank canvas before MEGX began painting it last year to give it the illusion of stacked, colorful LEGO building blocks. This wasn’t some overnight graffiti bomb — authorities and sponsors helped MEGX create the giant mural over the course of four weeks. Totally legit.