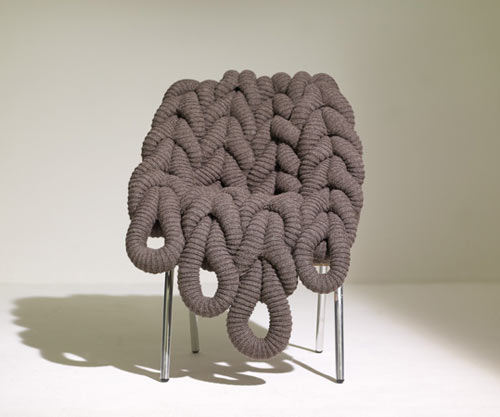 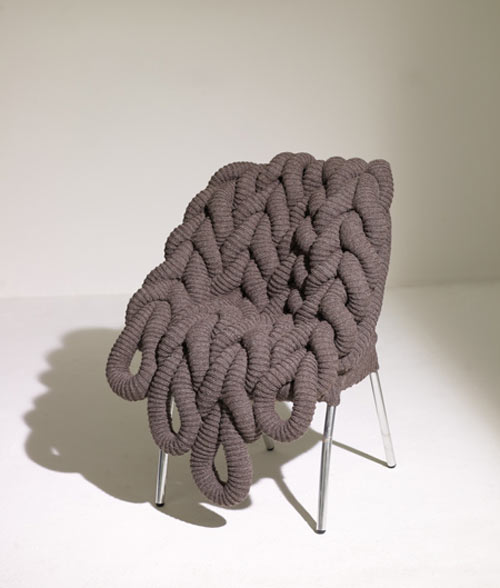 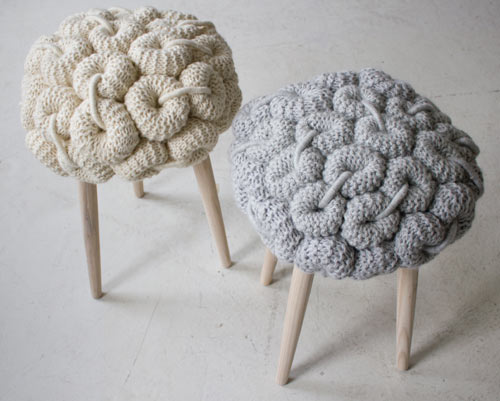 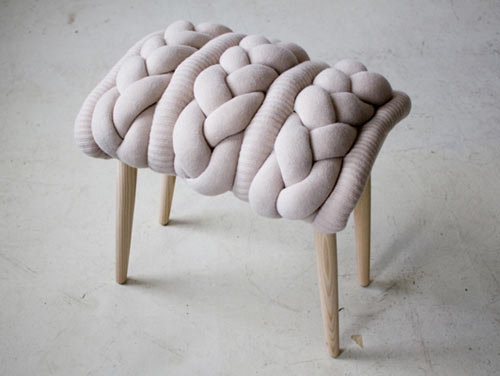 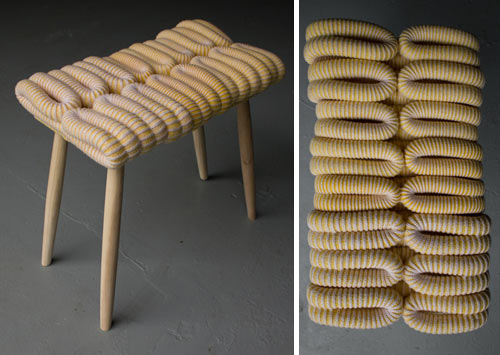 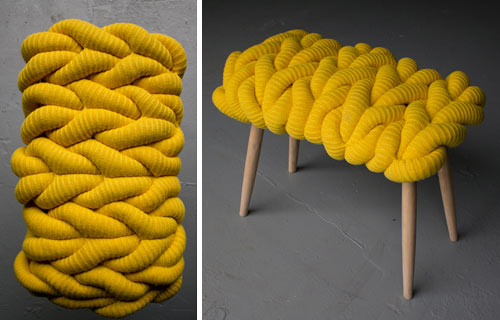 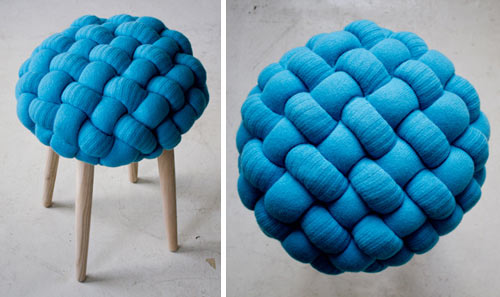 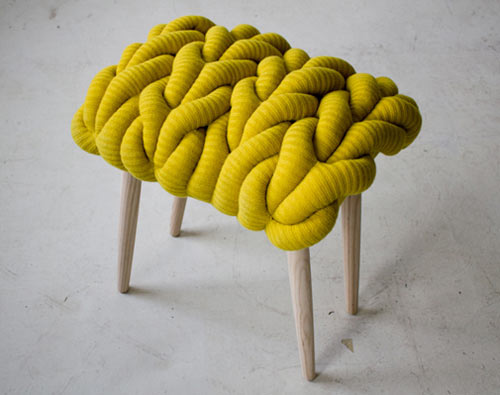 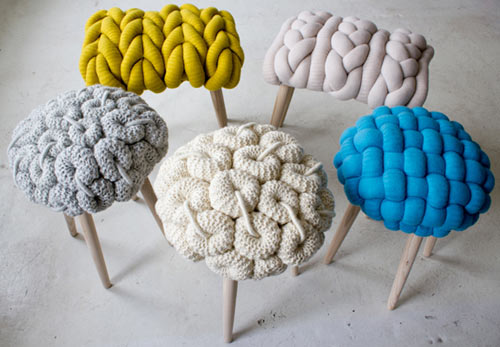 Never has knitting looked so cool to me. UK-based textile designer Claire-Anne O’Brien was inspired by the actual knitted stitches themselves and created them in large-scale to produce these stools with a modern twist. The effect invokes depth and texture with an overall playful sensibility. The variety of bright colors and chunky patterns makes it really hard to choose a favorite. What a clever way of taking knitting to a whole new level.

The Knit Stools were exhibited at Designersblock London in September 2011. The British Wool Chair (below) was created for British Wool Week in October 2011 and was knit in Rowan British Sheep Breeds Yarn.