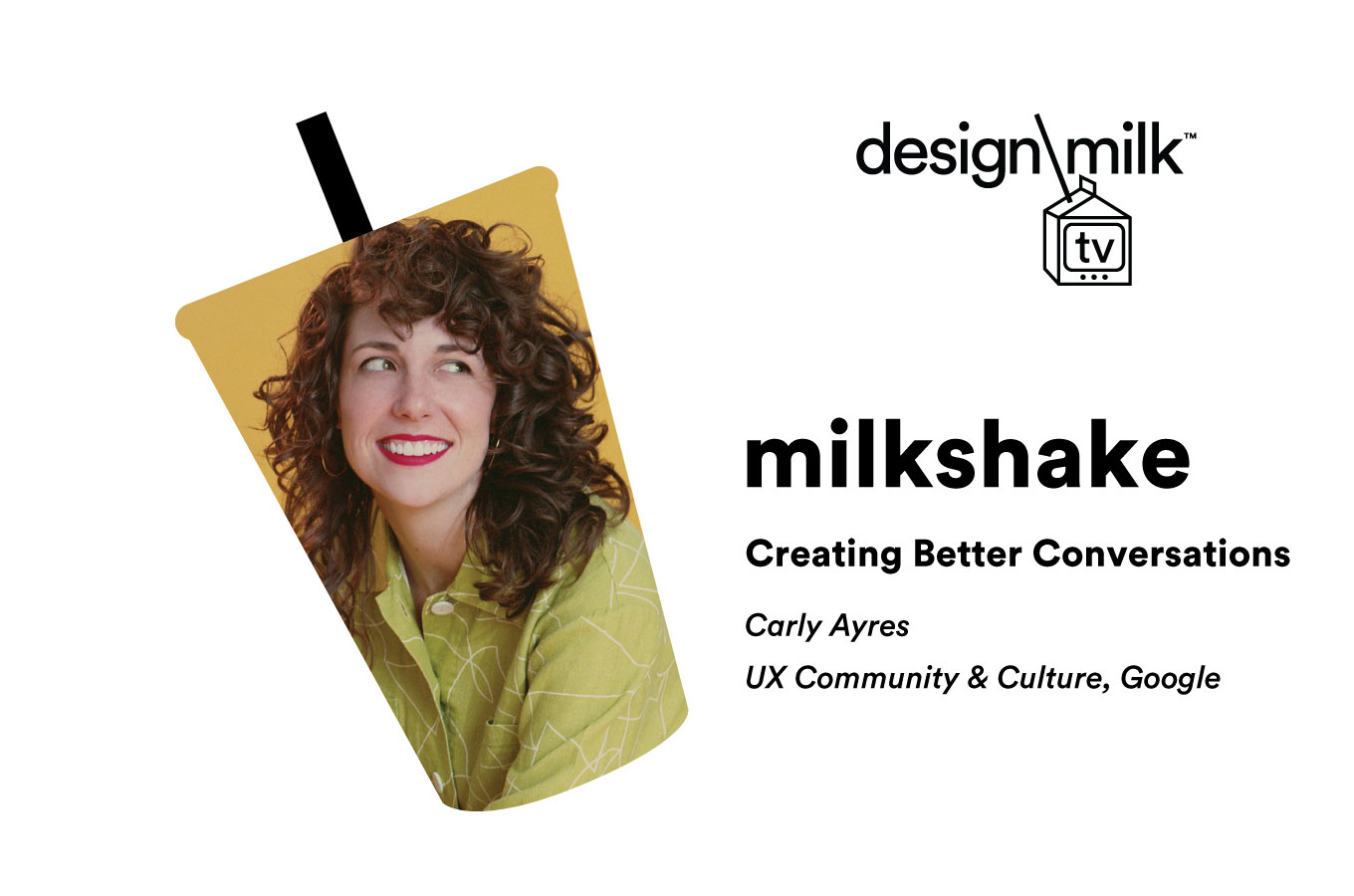 This week’s DMTV Milkshake guest is writer and designer Carly Ayres, who’s currently focused on community and culture at Google.

Ayres is an exceptionally original thinker: on design, on branding, on conversation and community. Having closed doors at HAWRAF, an interactive design and development studio, she’s since returned to Google, where she’s working on a team focused on UX Community & Culture: “A big part of what I wanted to learn next was who I wanted to learn from, alongside people who’ve been in the industry a really long time,” she says.

In this episode of Milkshake, Ayres shares her chief ambition outside of the office and a few favorite titles from her bookshelf, including Victor Papanek’s Design for the Real World: “It’s about why the things you buy are too expensive and break easily and ruin the world and will lead to the end of everything we know, [plus] a few proposals to not have that happen,” she says. “It’s a delightful read, especially for those looking to rethink how they think about design.”

Ayres also delves into the future of brand-centric “conversations” in a post-social media world, an evolution she says is already taking place, especially with luxury retailers. “What does that conversation look like beyond social media?” she says. “We talk to brands on social media, but where else can that dialogue take place? Do we see it with events, or ways of meeting people in person? Maybe there’s new platforms. Maybe we’re going to see brands really get into personal letter writing and scrapbooking. I think there’s a lot of opportunity there to have that two-way conversation.”