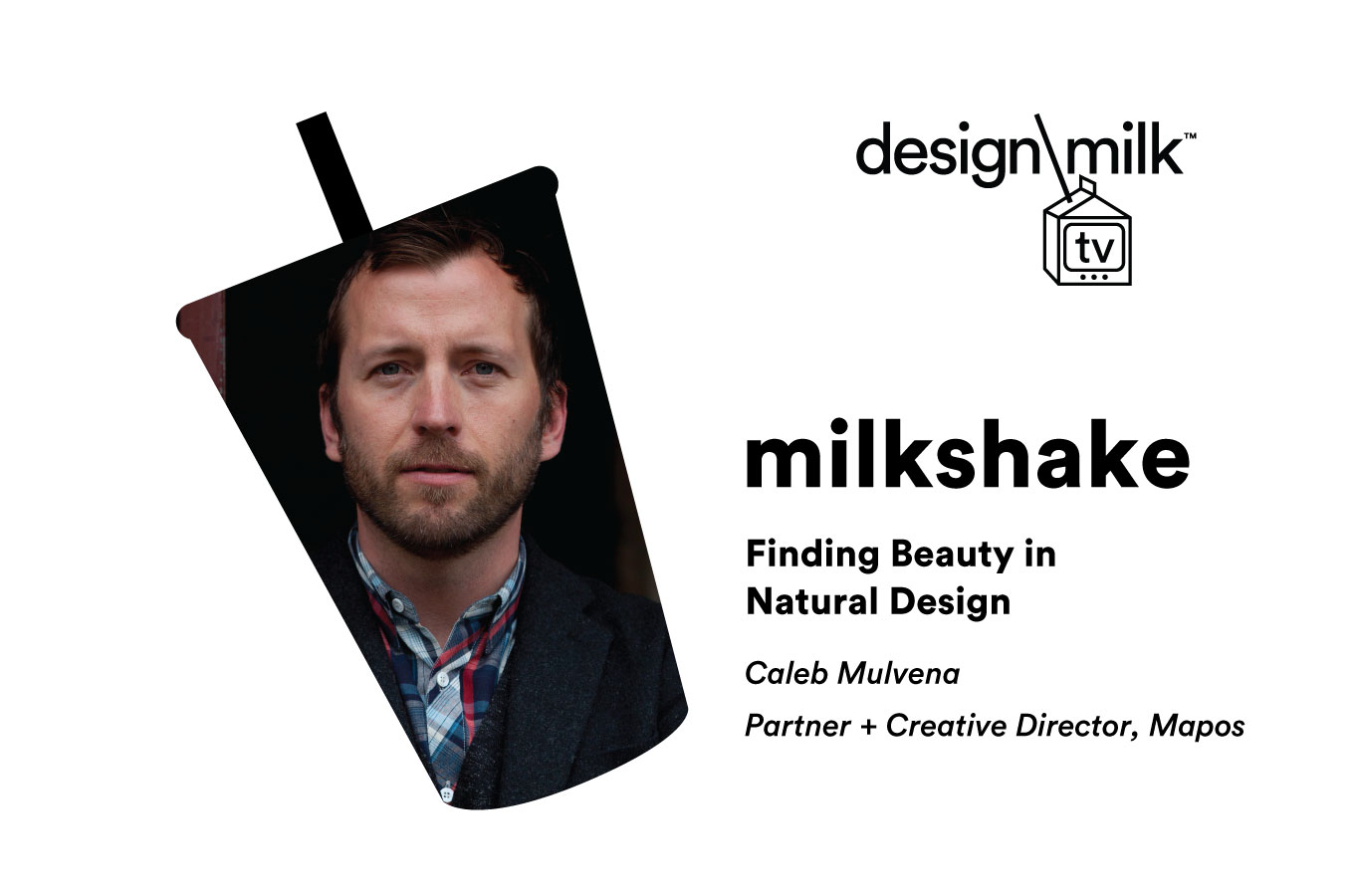 Caleb Mulvena grew up in his cabinet-maker father’s woodworking studio, and it’s easy to draw a line between that natural material-rich environment to Peconic House, a 4,000-square-foot residence created in easy harmony with its environment, above the shoreline of Long Island’s Peconic Bay. “I think the Peconic House probably most closely reflects my own personal tastes,” Mulvena says. “It’s very site-specific in the way that it reacts to the site. It’s not all about the object of the architecture of the building, but the interplay between the building and the site. It’s modern and warm at the same time — highly textured, with all-natural materials. And that’s what I’m all about.” A similar ethos is at work in Mapos’s 2018 Midtown Manhattan store for the Korean beauty brand Innisfree, which nimbly marries the brand’s light and lively brand image with the location’s gritty, industrial notes.

In this episode of Milkshake, we asked Mulvena about his most idea-generating toy for kids, what he’s learned since founding Mapos 13 years ago, and where he looks for inspiration: “Two words: Donald Judd,” Mulvena says. “He’s the best. I think a lot of architects appreciate his work — his perfect use of materials and proportion and color. As a designer as well — some people may be familiar with his furniture work, or his work in Marfa, where there actually is design involved, [where] he kind of takes the artist’s hat off a little bit.”

Here, Mulvena also shares his next big, design-focused bucket-list projects, following the construction of a treehouse for his kids: “Design my own home for sure — and I’m going to need one in the mountains, one on the beach and one in the city, [though] that’s going to require a lot of financial backing, which I haven’t gotten yet,” he says (wryly). “Another is starting my own furniture line. Eventually, when we have time, we’re going to do that. Vitra, you know where to find me.”