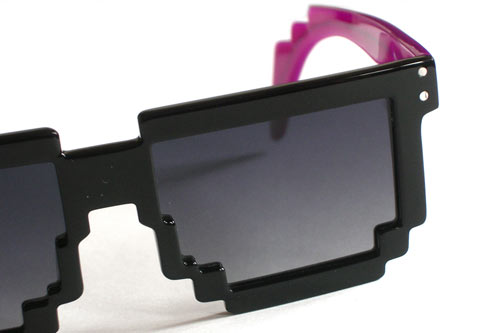 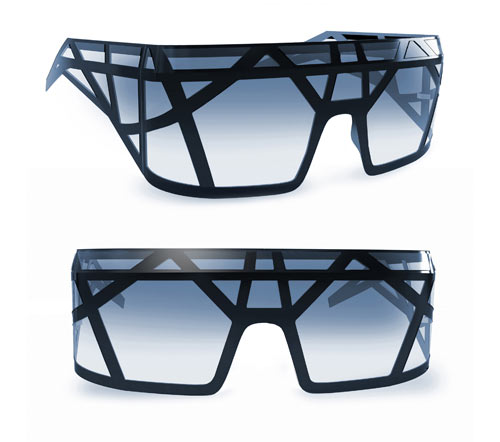 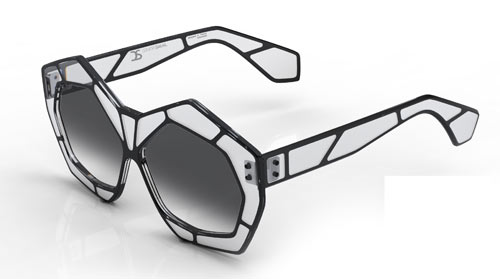 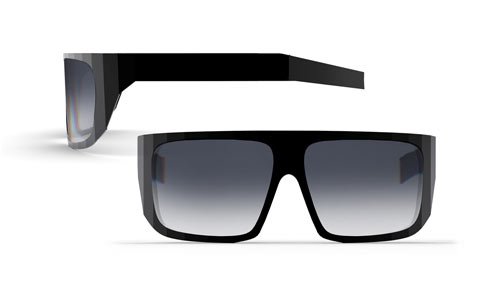 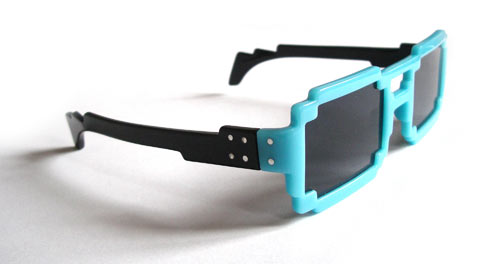 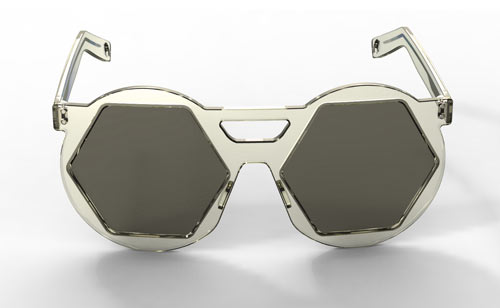 Dzmitry Samal has launched a collection of design-oriented eyewear that is a mix of retro and futuristic elements. There are currently two models in the collection: 5DPI (above) and 6DPI (below), and four will be launched next year. These retro-futuristic glasses have been designed to look pixelated. Samal explains that this “deliberately reflects society’s fascination with an ‘informational aesthetic’.”

Taking inspiration from 1980s video games such as Tetris, the glasses are a nod to the current society’s digital roots and how “something as utilitarian as glasses can be transformed using technology.” The glasses are made of acetate and available in a variety of colors.

The additional four models that will be in production next year include:

Leonard
Extravagant silhouette with structural graphic, it has an idea of overlapping two irregular shapes. To be realized in transparent acetate.

06
Fashionable and futuristic, yet retro design. It is combination of two geometric shapes — circle and hexagon with stylized bar to hold the arms. To be realized in acetate.

Structural
These have an aggressive and futuristic design inspired by technical constructions and architecture, such as the Beijing Olympic stadium and Eiffel tower. To be realized in titanium.

Facet
Very modern shape with faceted effect. To be realized in titanium.