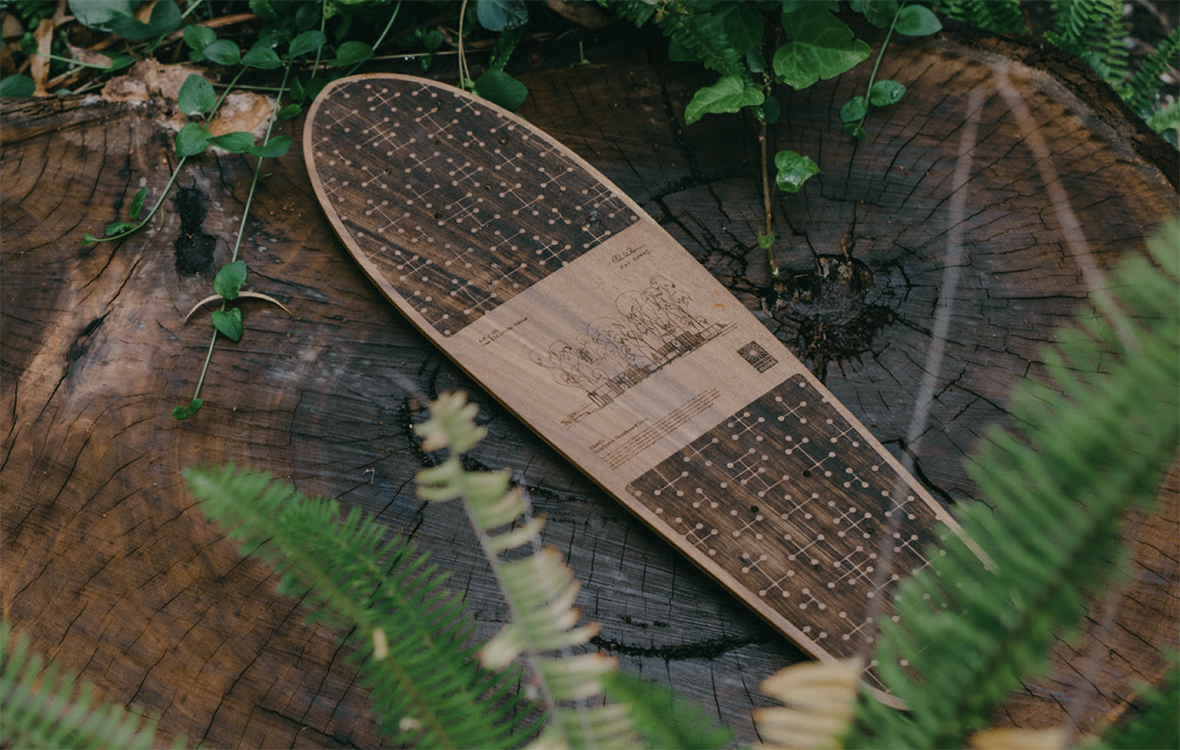 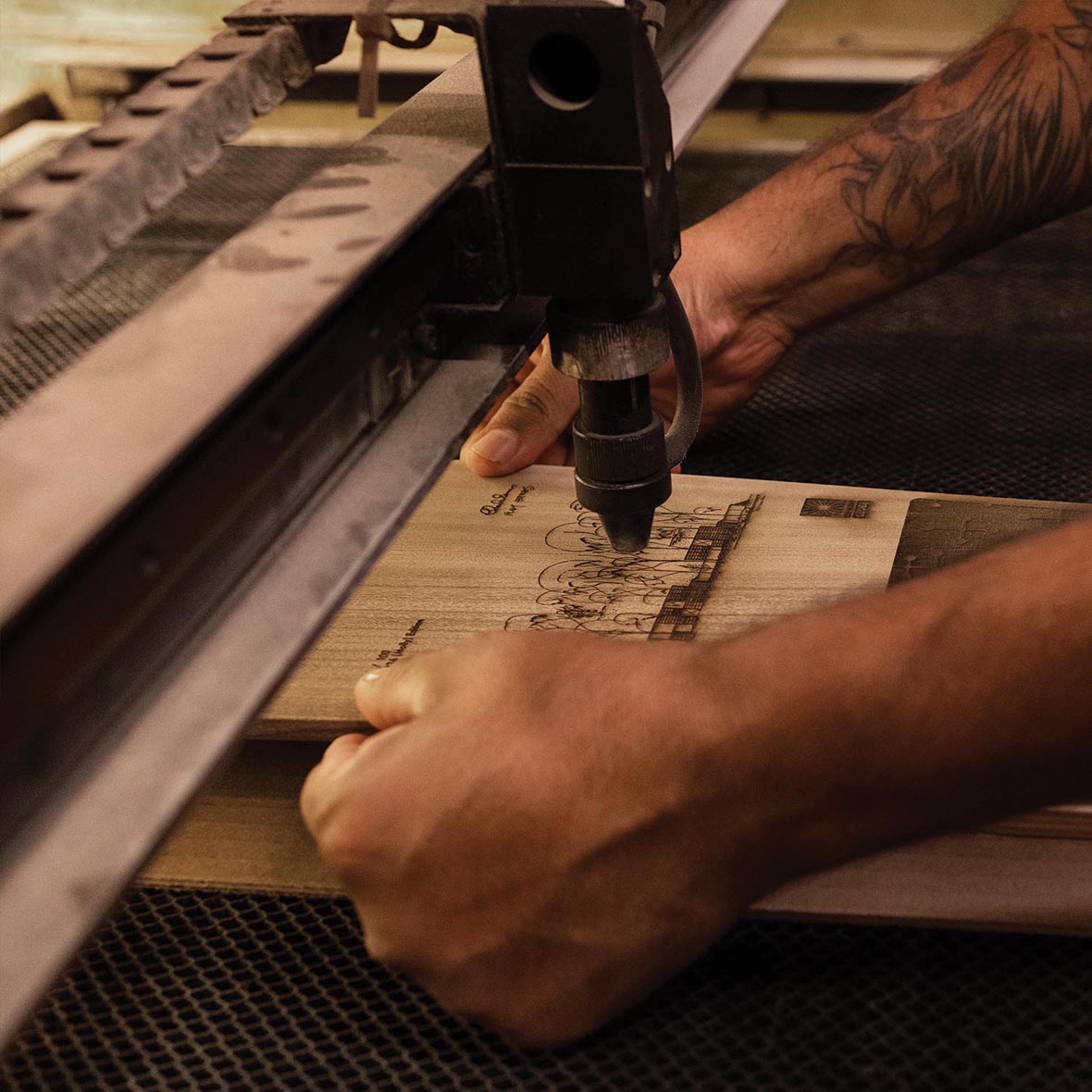 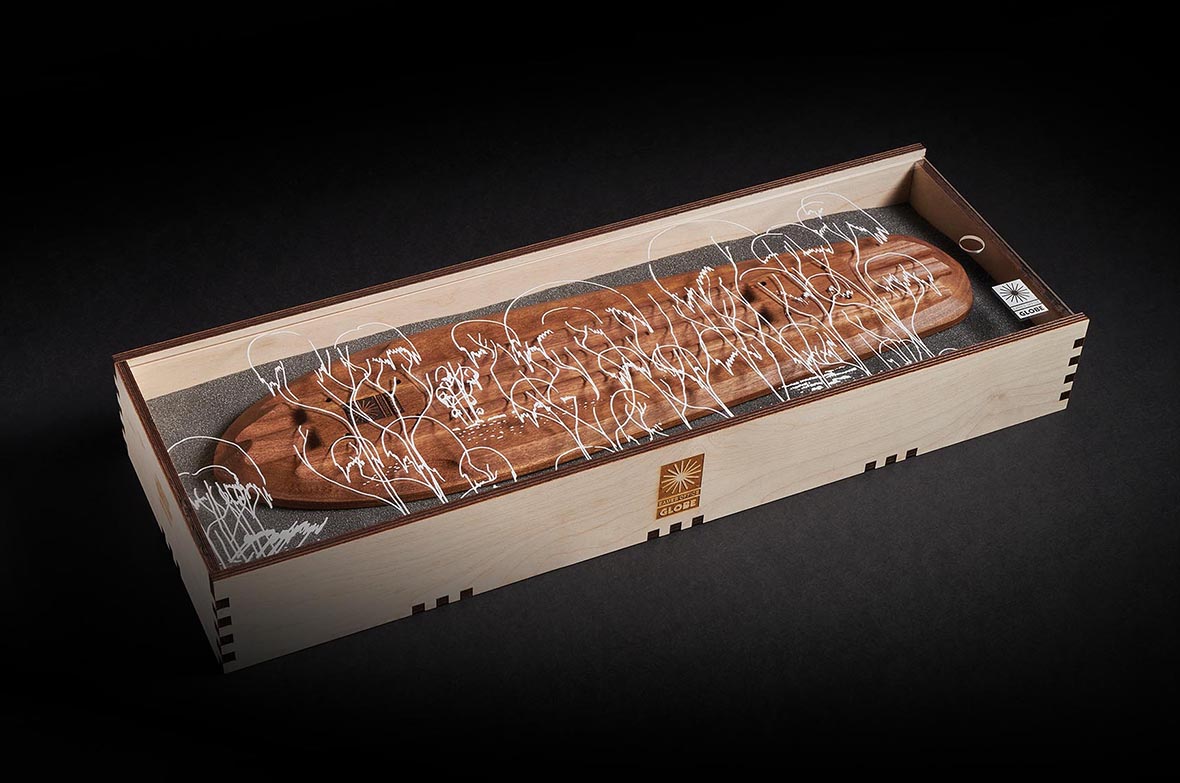 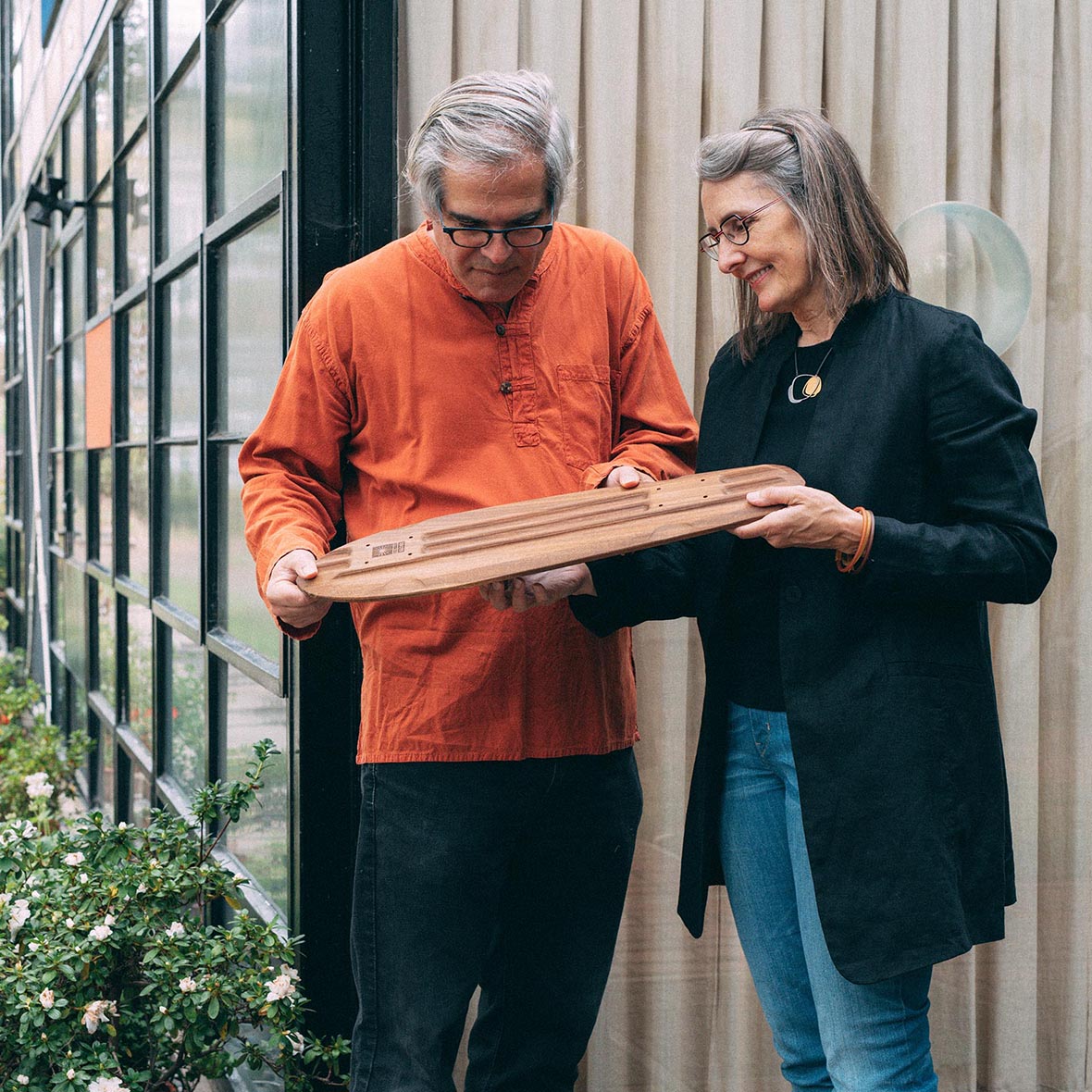 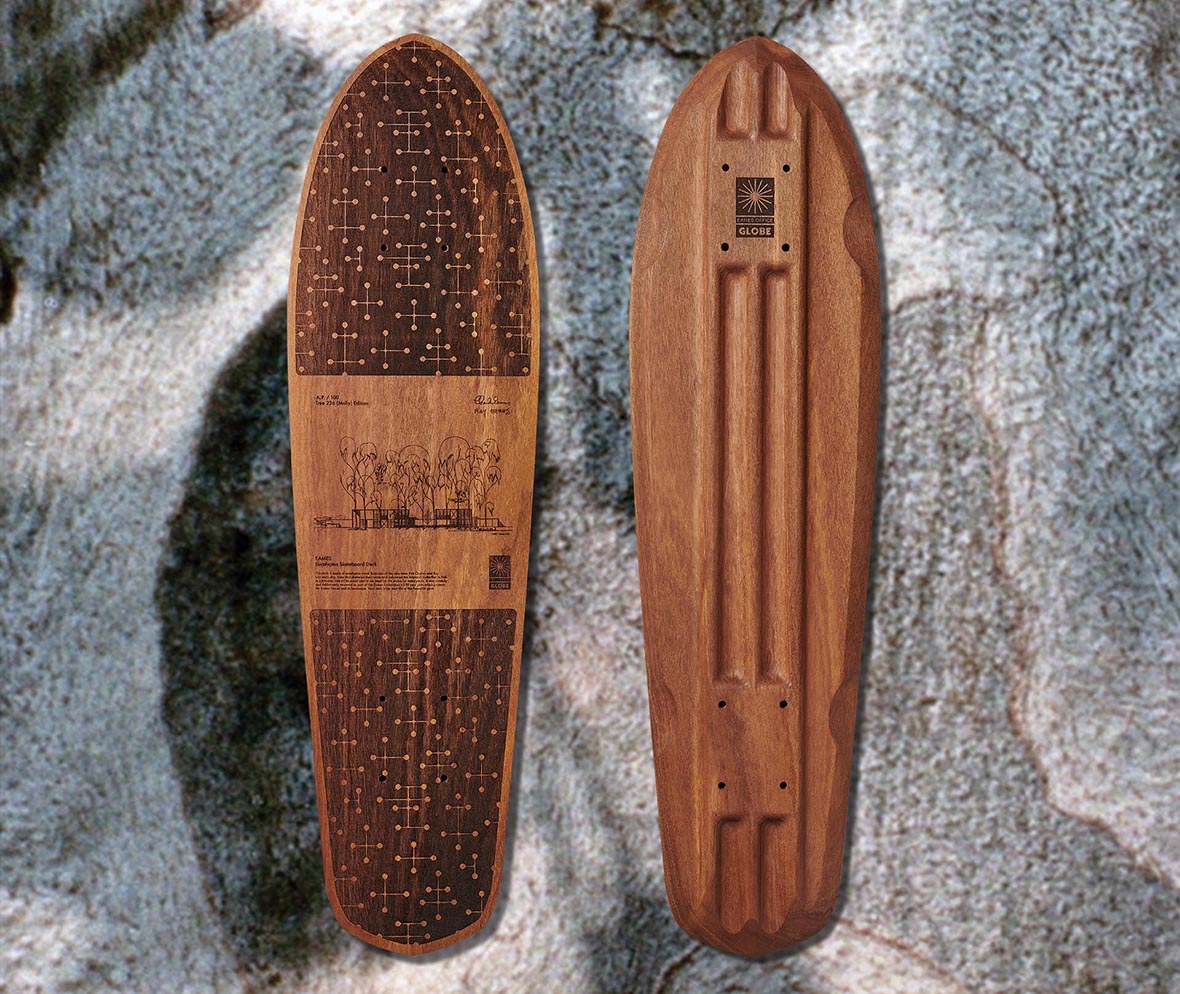 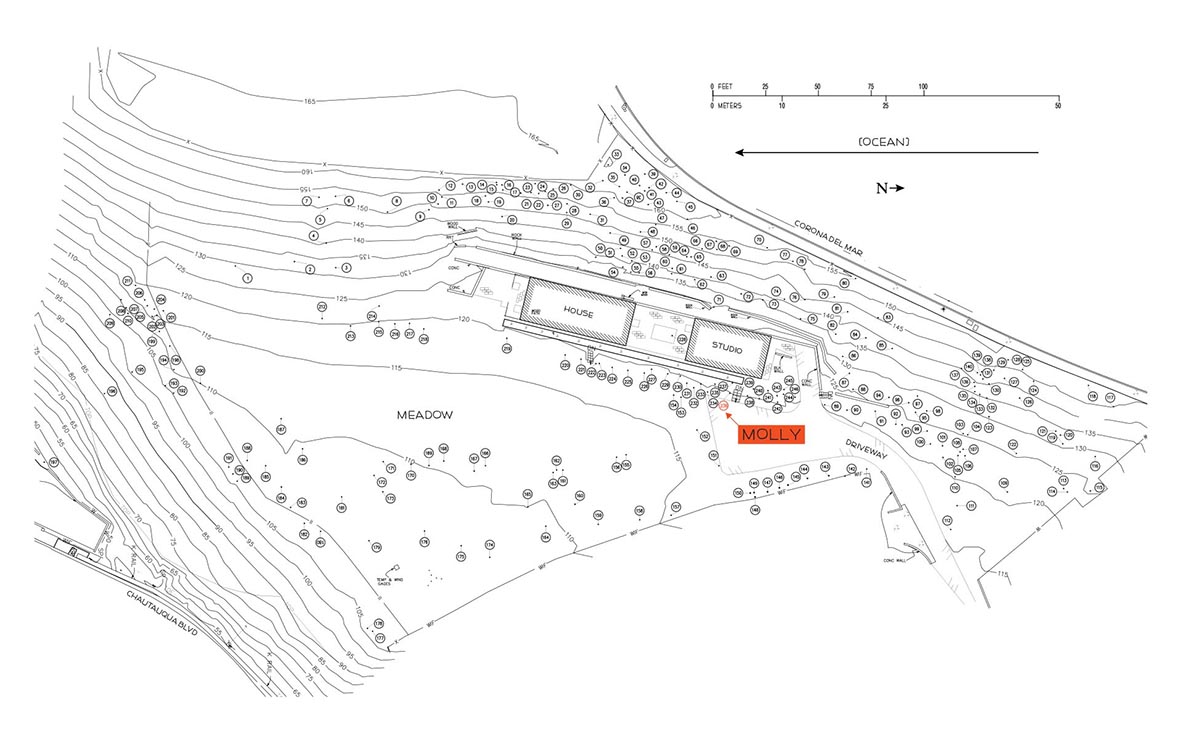 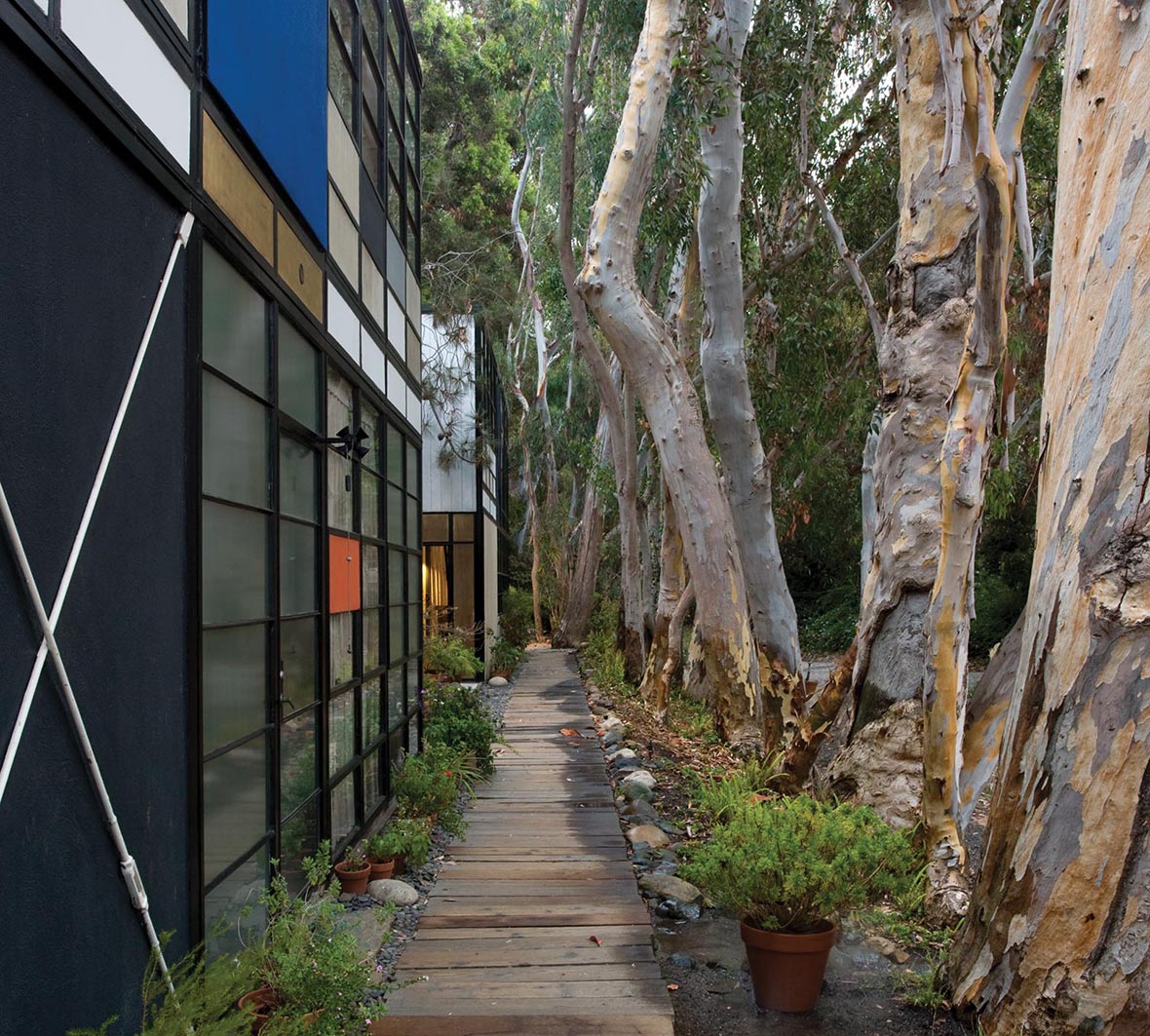 There’s a famous query that ponders, “If a tree falls in the forest, and there’s nobody around to hear, does it make a sound?” In the case of one sizable eucalyptus tree fondly named “Molly” (aka #236), a tree did most definitely fall and its demise was “heard” for posterity’s sake. Molly’s departure was not simply observed as a passing sound, but physically harvested to transform the tree’s looming historical ties to architecture into a collection of objects intrinsically tied to the Southern California landscape and lifestyle: the skateboard. 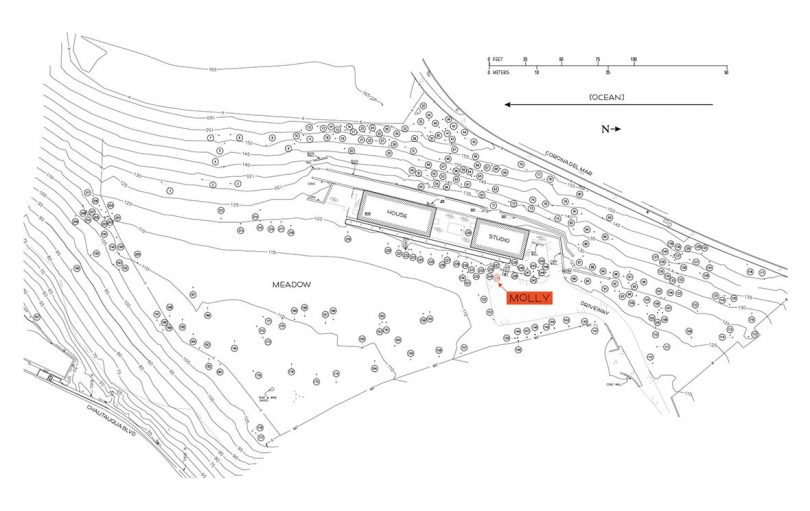 Each tree growing across the property site is carefully tended, numbered, and occasionally named.

The iconic Eames House is nestled in a cliffside section of the Pacific Palisades, a private property from where the percussion of waves now battle the sound of traffic below. From this saline scented vantage point, surfers can be spied awaiting the incoming swells, with beach goers lazying about across the sand illuminated with the distinct warm luminescence the year-around California sun – a postcard sight framed from the sheltered privacy of a sizable community of eucalyptus trees bordering both the property and immediately adjacent to the residence itself. 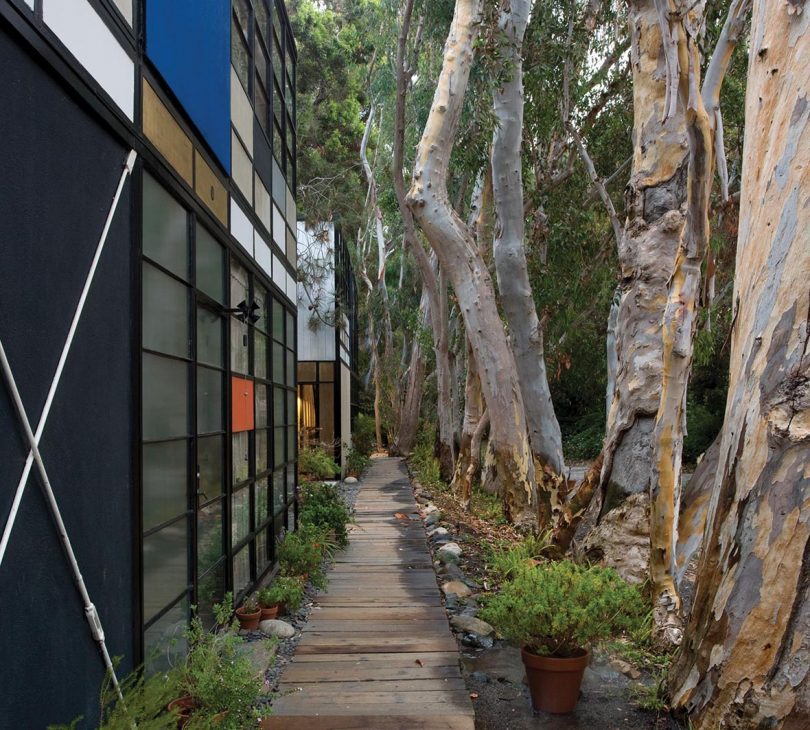 It wouldn’t be far-fetched to imagine Ray and Charles Eames once staring down to this section of coastline to witness the emergence of a new sport known as skateboarding, coalescing into a distinct California subculture born from the nearby waves – an assumption proven true during a call with Eames Office Director, Eames Demetrios, who shared memories of skating’s earlier history, circa “Dogtown and Z-Boys days”, over an extended Zoom call.

The eucalyptus trees surrounding Case Study House #8 were already long part of the site before the erection of the Eames House, saplings planted in the 1850s by developer Abbot Kinney “as a prospective source of timber for construction, furniture making, and railway sleepers.” The trees lethargic-growth cycle made such plans a fool’s errand commercially, but the trees continued to flourish until the design couple set their sights in designing a home both aspirational architecturally and respectful of the existing landscape – a custodial ethos that characterizes much of the Eames body of work. 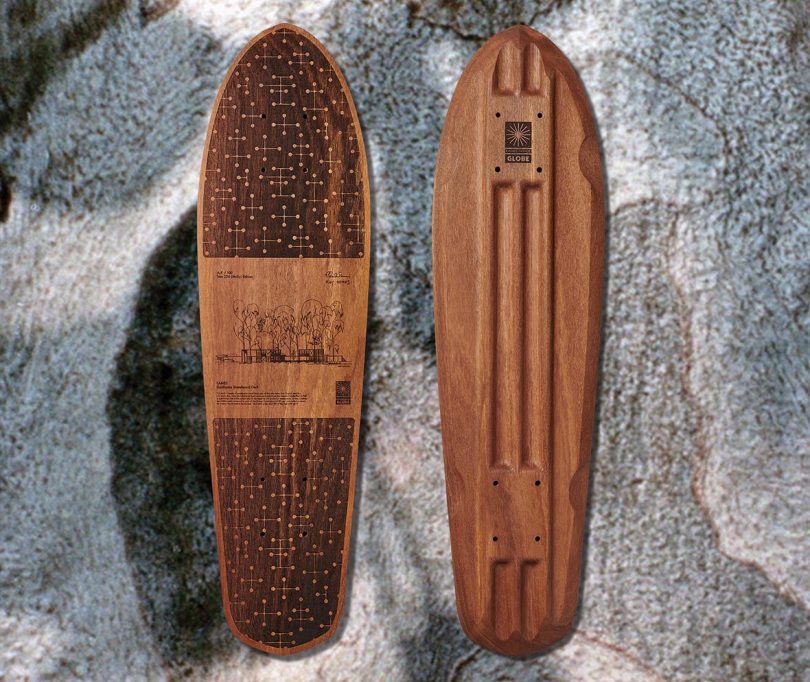 Globe has partnered with the National Forest Foundation to plant over 3 times the number of trees it uses to construct its skateboards. 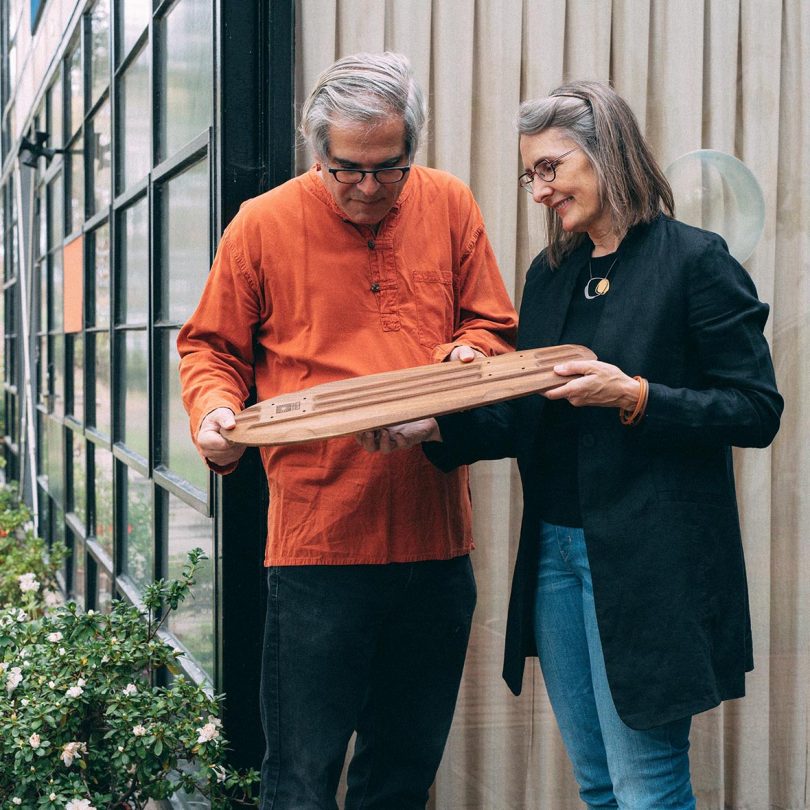 Thus, when it was determined “Molly” needed to be culled to protect the property, the Eames Office set out to designate a second chapter using the fallen lumber. In partnership with skate brand Globe and local reclaimed wood specialists, Angel City Lumber, Molly was reborn as one hundred unique iterations of The Eucalyptus Deck.

Sized down into manageable pieces before being milled into raw planks, only Molly’s most choice pieces – those free from significant cracks and knots – were deemed suitable to be laboriously dried within kilns for “more than a month” before being readied by Globe. 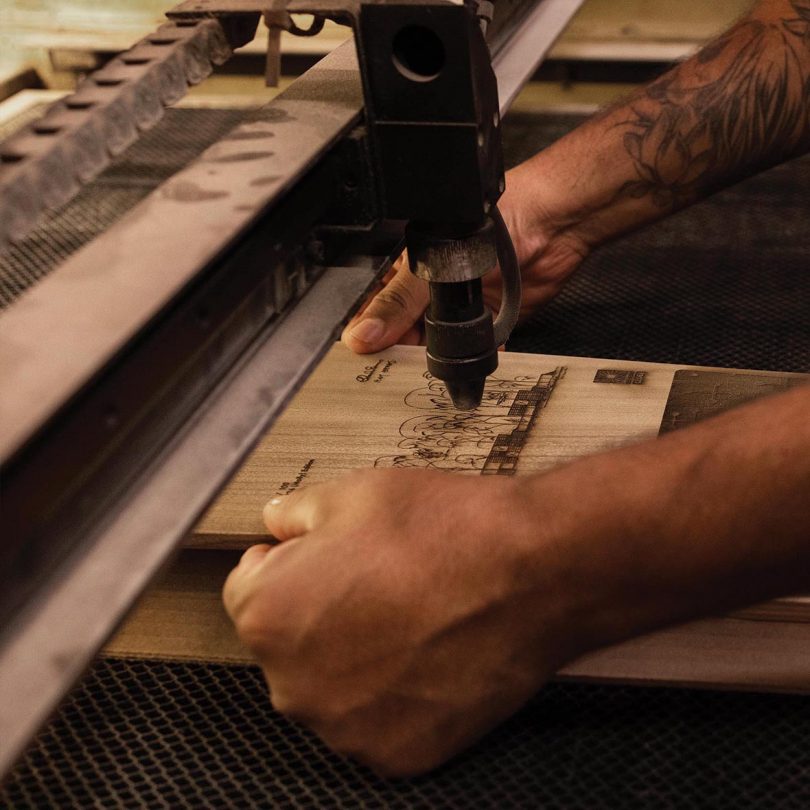 From there, the skateboard makers utilize a CNC machine to transform each plank into the characteristic bullet-shaped deck associated with surfing concrete during the 1970s and early 1980s. The Eucalyptus Deck is further embellished with the precise laser etching featuring the universally recognizable Eames cross-stitch motif, both an aesthetic and functionally offering a “grippy” surface for anyone audacious enough to risk a ride of this extremely limited edition deck. The deck’s bullet silhouette tails into a wavy-shaped diamond conclusion harkening to the sport’s surfing origins. 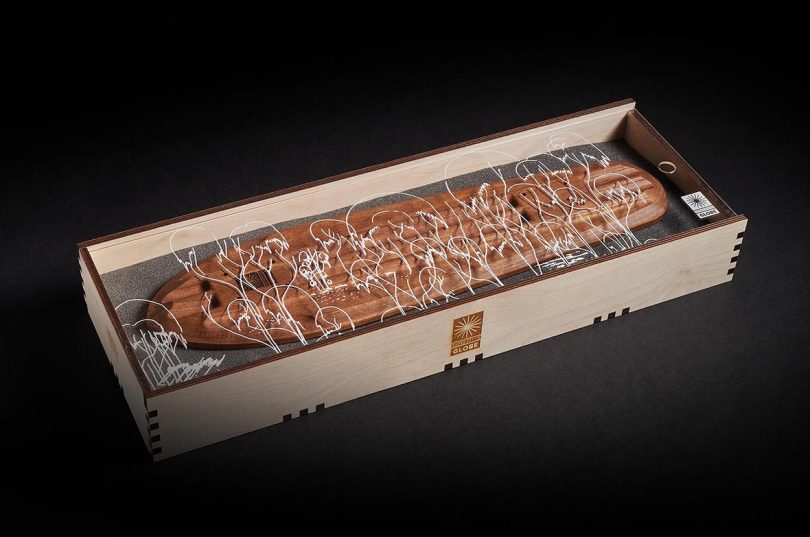 Finalizing the limited edition deck is a display-worthy wooden box commemorating the rebirth of Molly, the Eames legacy, and the Eames x Globe collaboration, with architectural scribbles of the property’s eucalyptus trees printed across an acrylic top pane. Noting Ray and Charles Eames’ life long interest in the democratization of design, Eames Demetrios notes it seems more than reasonable to believe they would have wholeheartedly approved of Molly’s transformative journey today.

The Eames Office x Globe Eucalyptus Deck is part of the “Eames Office: 80 Years of Design” Exhibition at Isetan in Tokyo and available for purchase here.