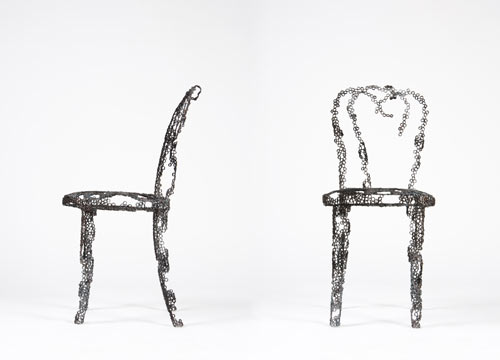 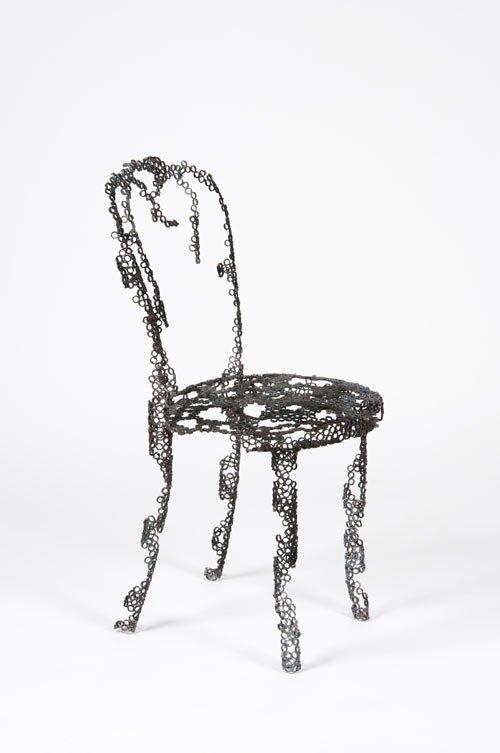 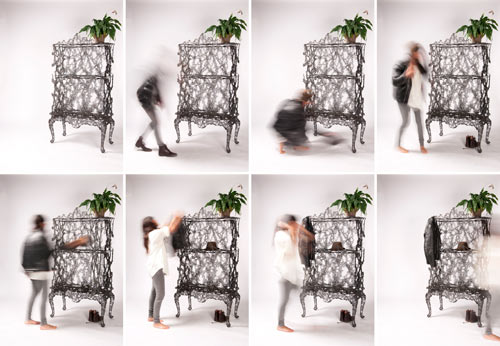 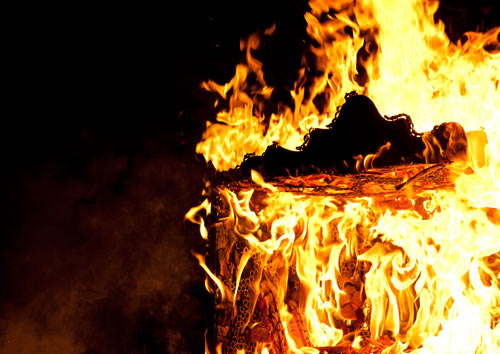 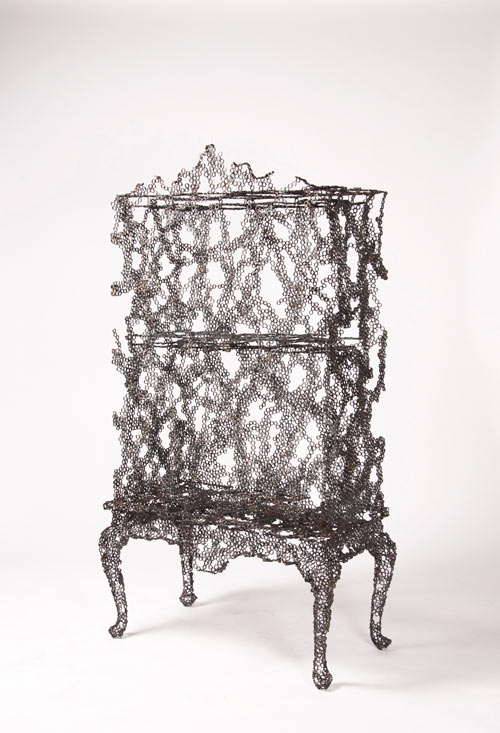 Engineering Temporality is the Design Academy Eindhoven graduate project of Tuomas Markunpoika Tolvanen that pays tribute to our temporal nature as human beings. Inspired by his grandmother’s slow decline with Alzheimer’s, Heidegger set out to create objects that could mimic the fragility of our lives.

The pieces are made from tubular steel formed into rings and then the “vanishing” is done by burning the pieces with fire.

The object goes through a horrific physical transformation and a metaphysical bond between the object and memories is forged into existence.

My pursuit was to give an object a memory, create tension and stage a play between the perfect, anonymous mass produced structural material and the imperfect of human being. The shell that is left caresses the vanished object, the memory of it, referring to the past.

It’s really a haunting thought and a rough process, but it surely makes these pieces become a little more human.