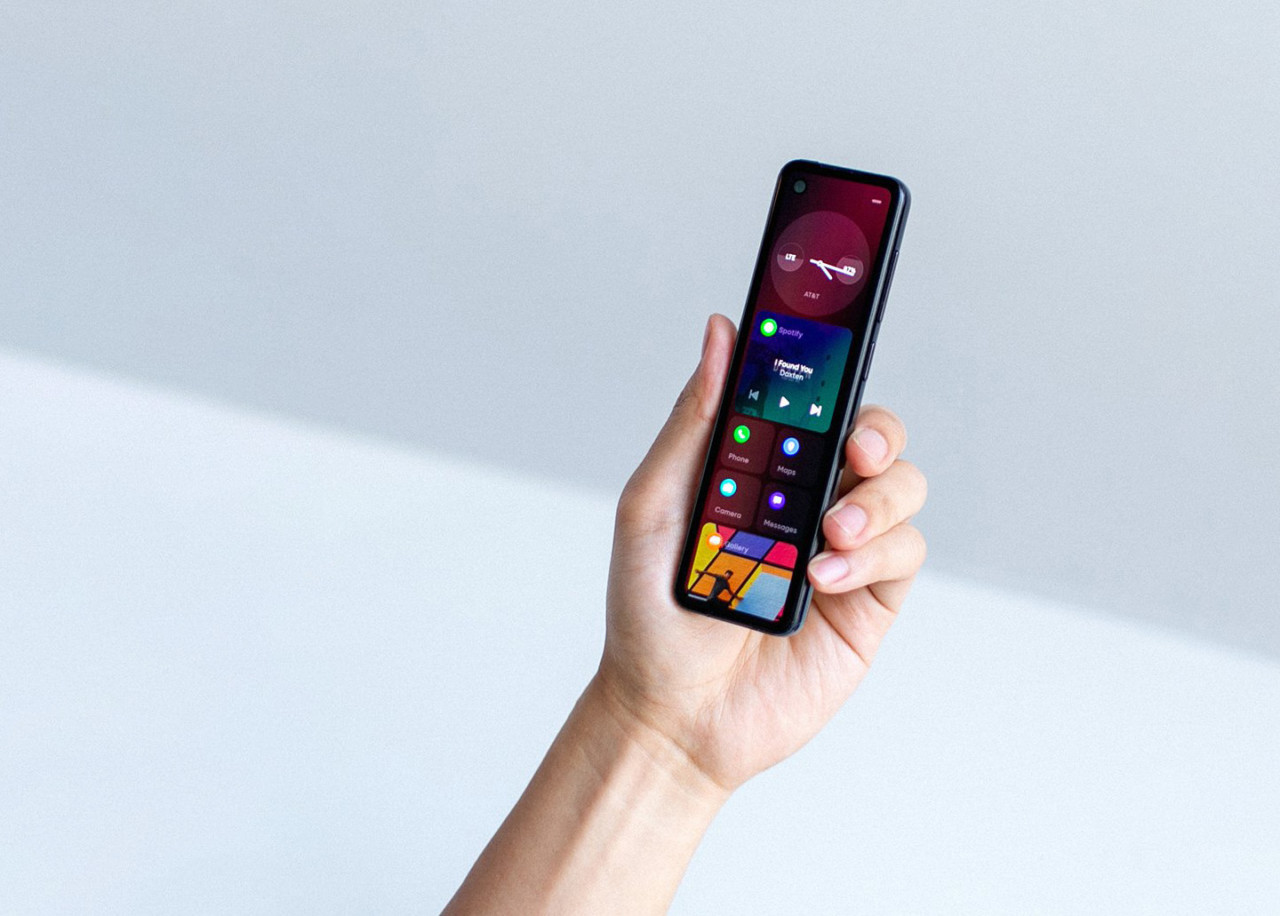 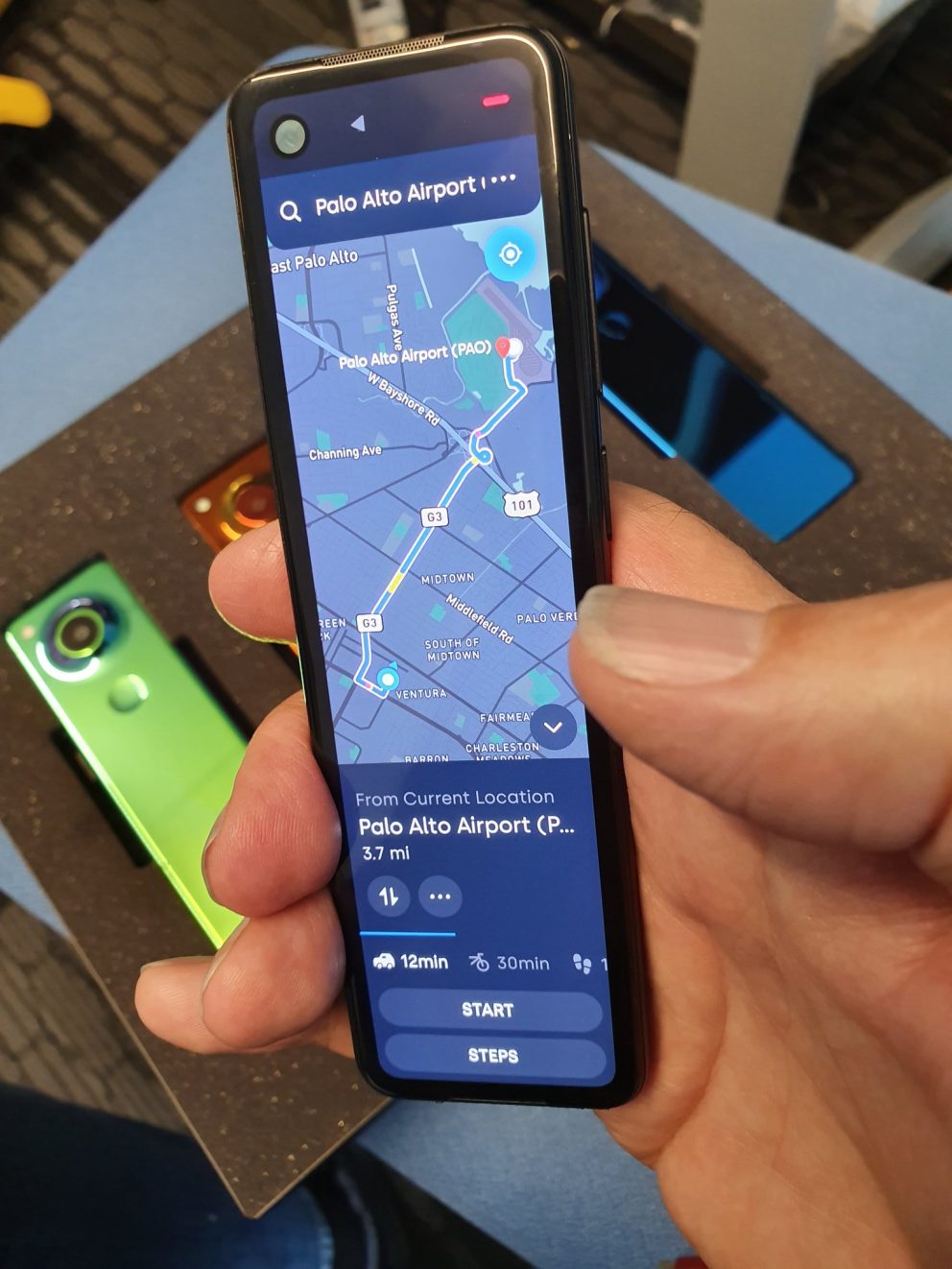 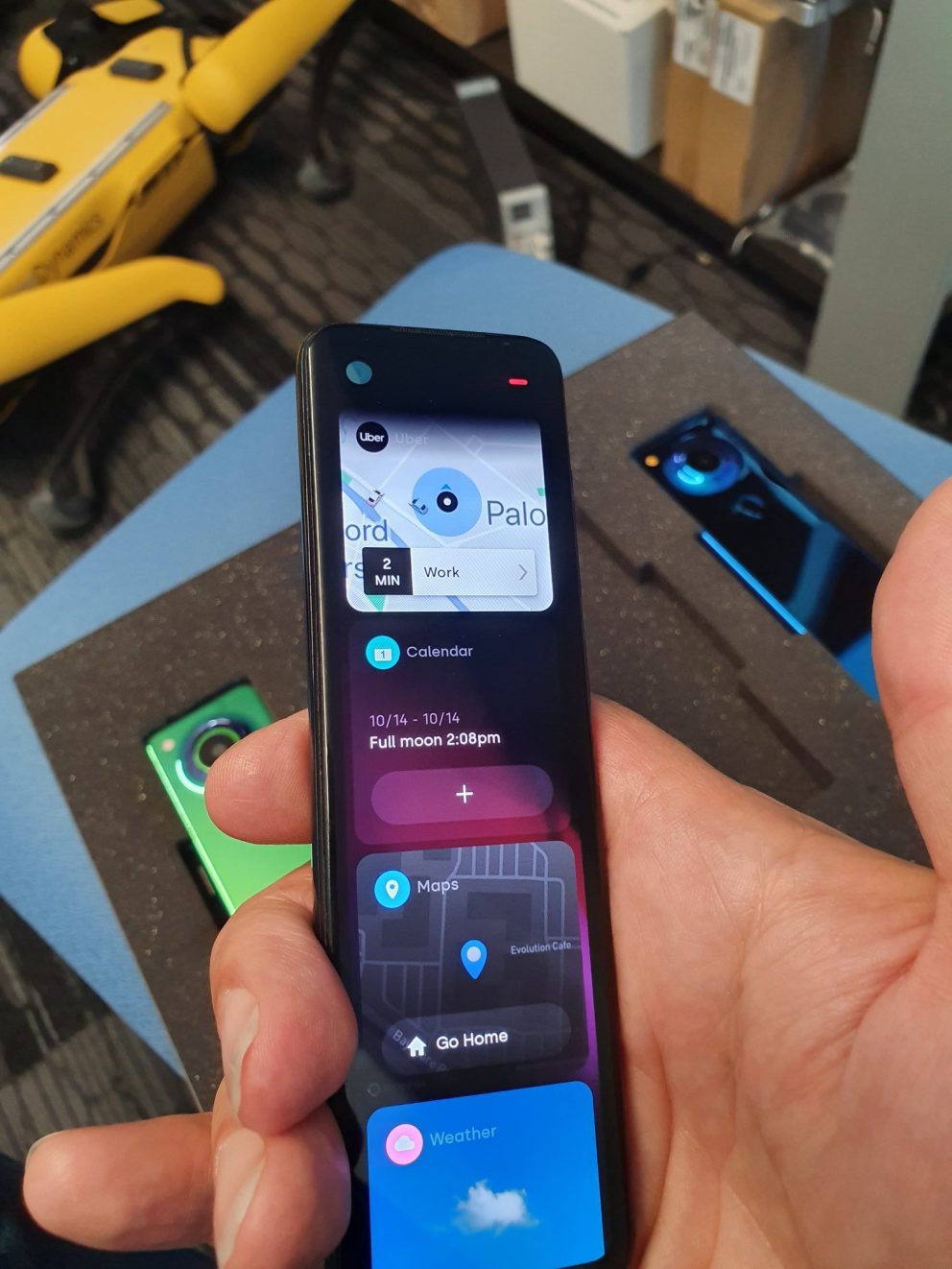 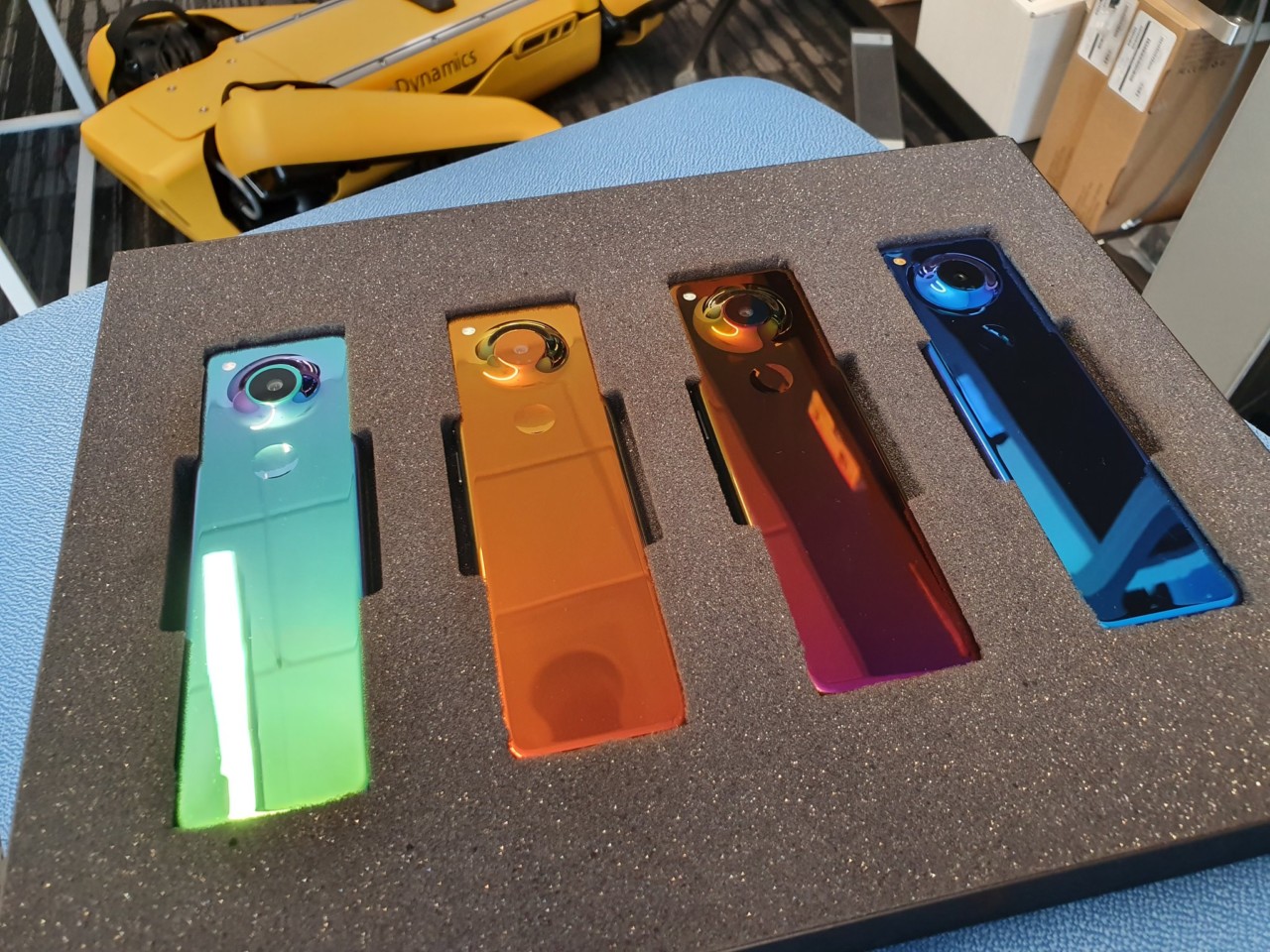 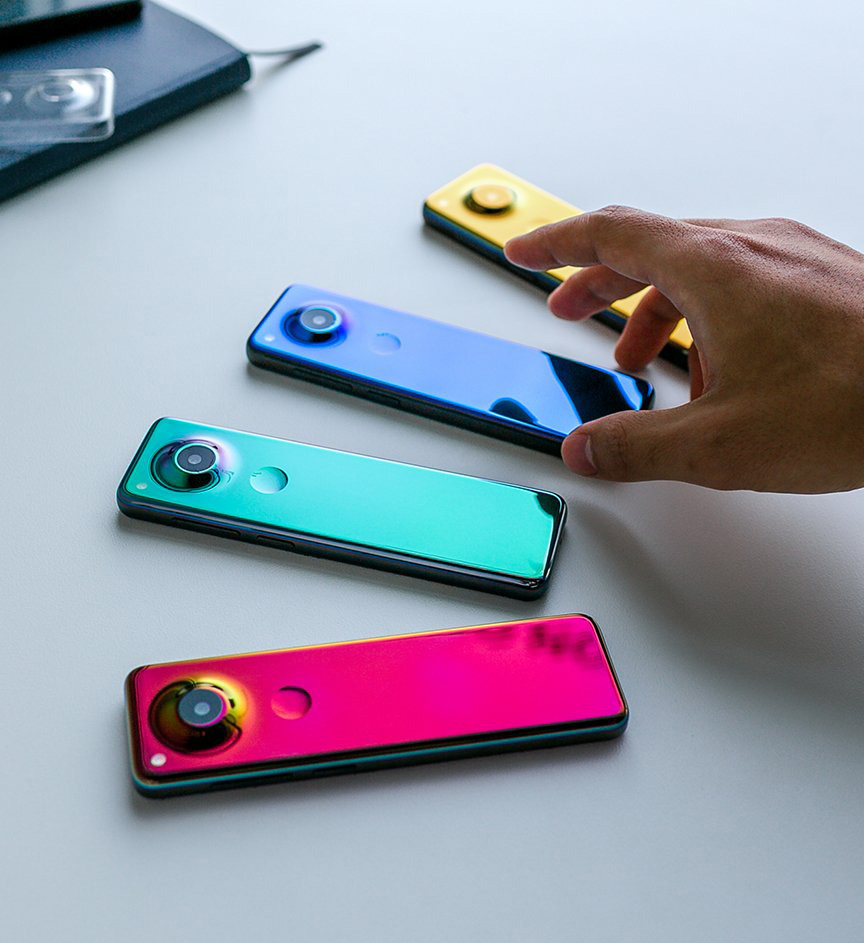 Thirteen years late to the party, after exhausting nearly every option onboard my plane’s entertainment system during a 13-hour flight, I finally succumbed and watched The Devil Wears Prada. The film’s comedic glimpse of the NYC fashion media scene is as deliriously dated as expected, representing the fashion industry with equal parts irreverence and reverence. Amongst the fashion follies of more than a decade ago, the Bang & Olufsen BeoCom 2 makes a brief appearance, an iconic cordless phone designed by David Lewis in 2002 remembered for its brushed banana-shaped exclamation of aluminum design. The Project Gem revealed by Essential recently represents a similarly divergent and standout elongated design for the age of the smartphone. 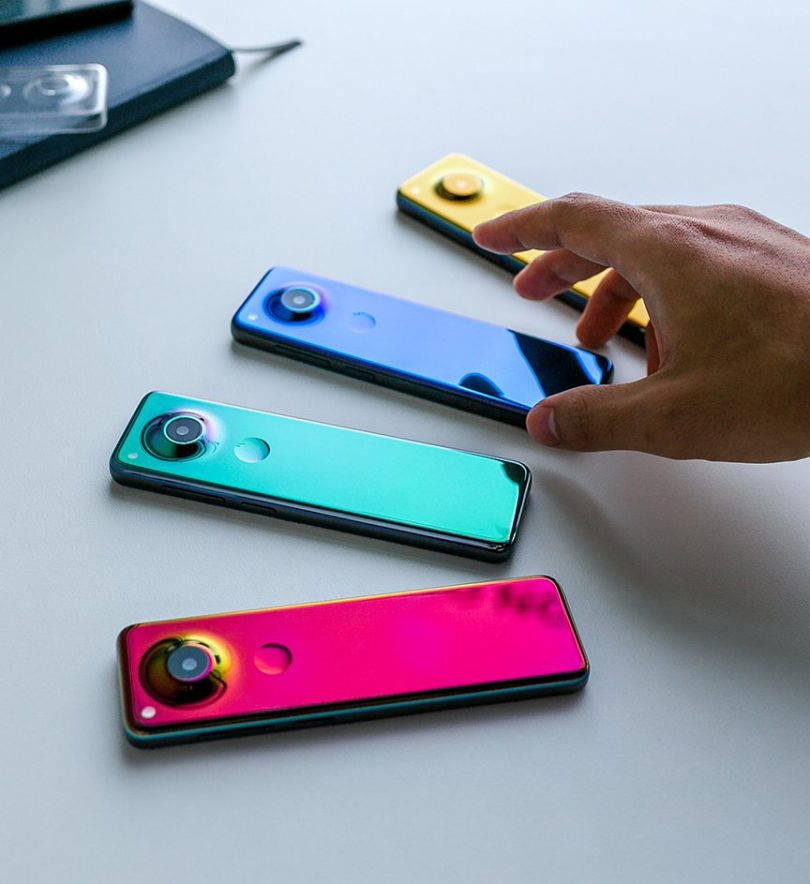 Revealed via Twitter by Essential’s founder, Android co-founder, and controversial industry executive Andy Rubin, Project GEM is purposely half the phone most smartphones aim to be, forgoing expansive screen size for what appears to be a long and narrow form factor optimized for one-handed navigation and use. 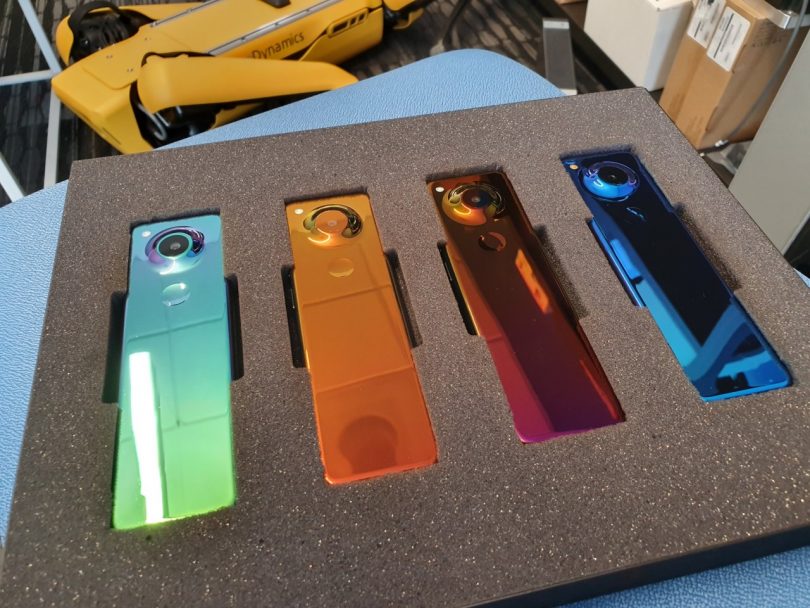 Outfitted in a trio of highly glossy “Colorshift” paramagnetic hues, the phone’s back is interrupted by a single volcanic-shaped protrusion, housing the mobile’s camera and partnered with a small flash in the corner and indented fingerprint sensor in the top middle. The entire front is screen with a modest and equal distance bezel. 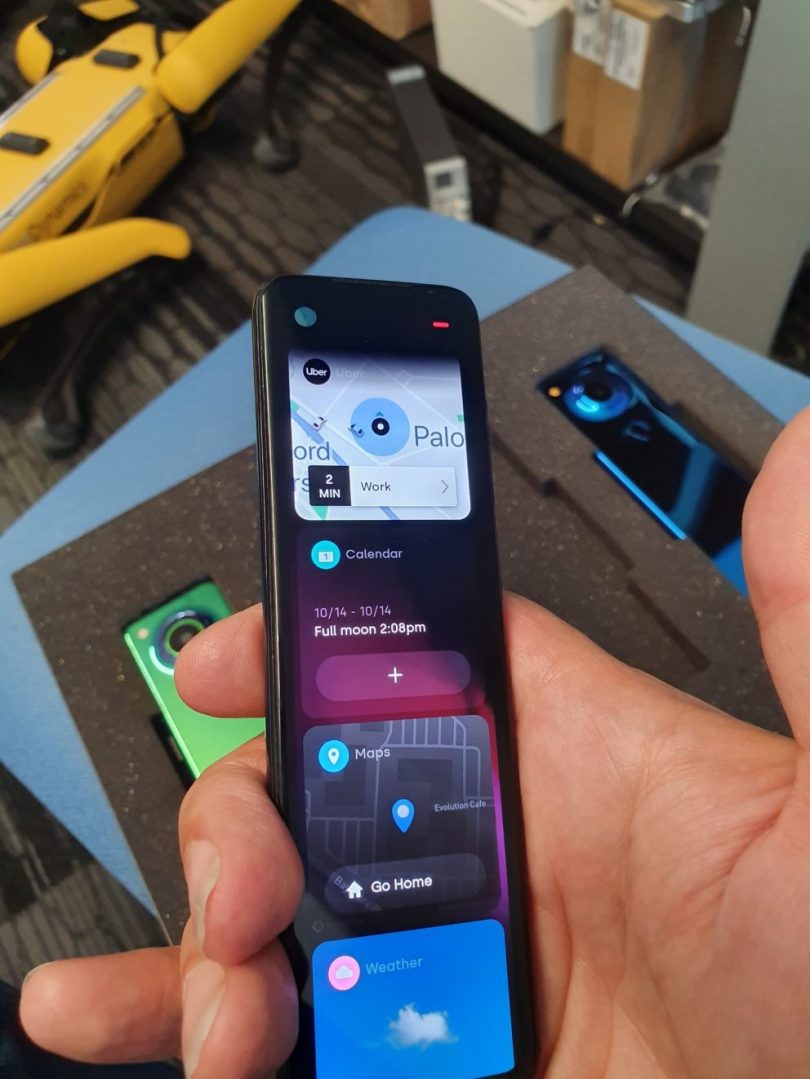 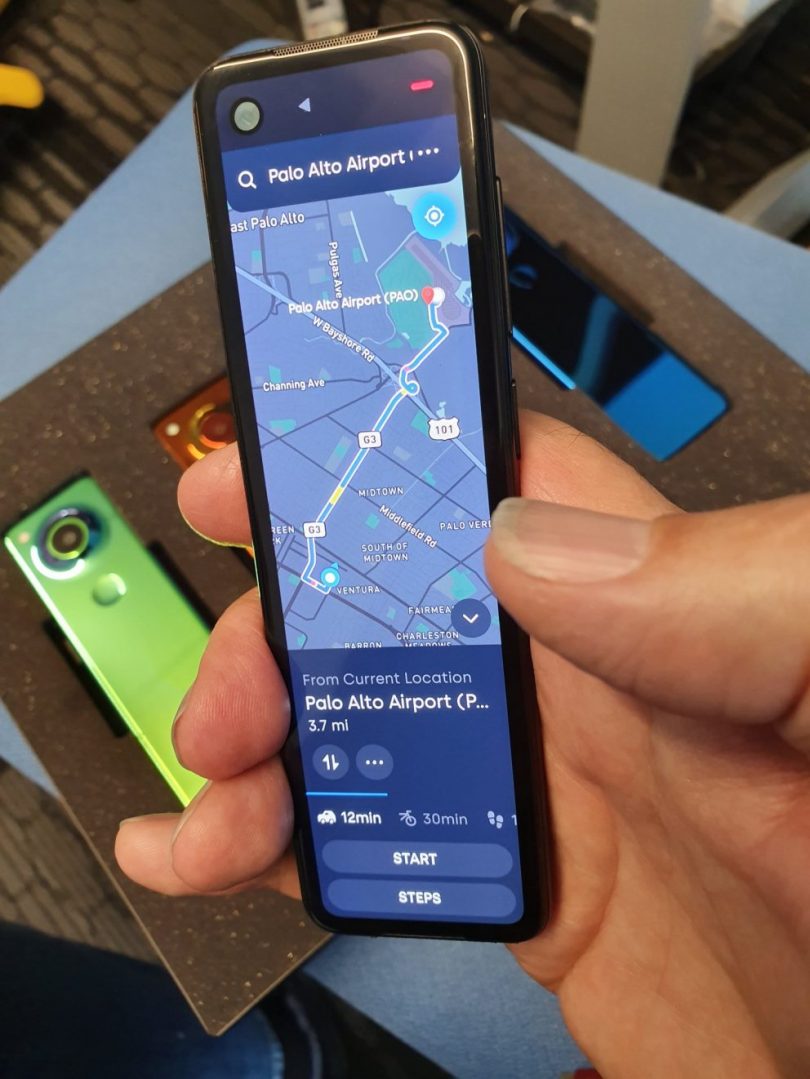 Details are scant, most notably in regards to how Essential’s bespoke UI will be optimized for the “radically different” form factor, but hints of a tile-based interface reminiscent of the marriage between Windows Phone and a touchscreen television remote. Obviously the GEM’s candybar form factor addresses the ergonomic challenges presented by today’s large screen mobile devices, but whether the public embraces a literal representation of Essential’s “less is more” ethos is yet to be determined.