Foraging the Futuristic Recycled Fruits of the Fungi Mutarium 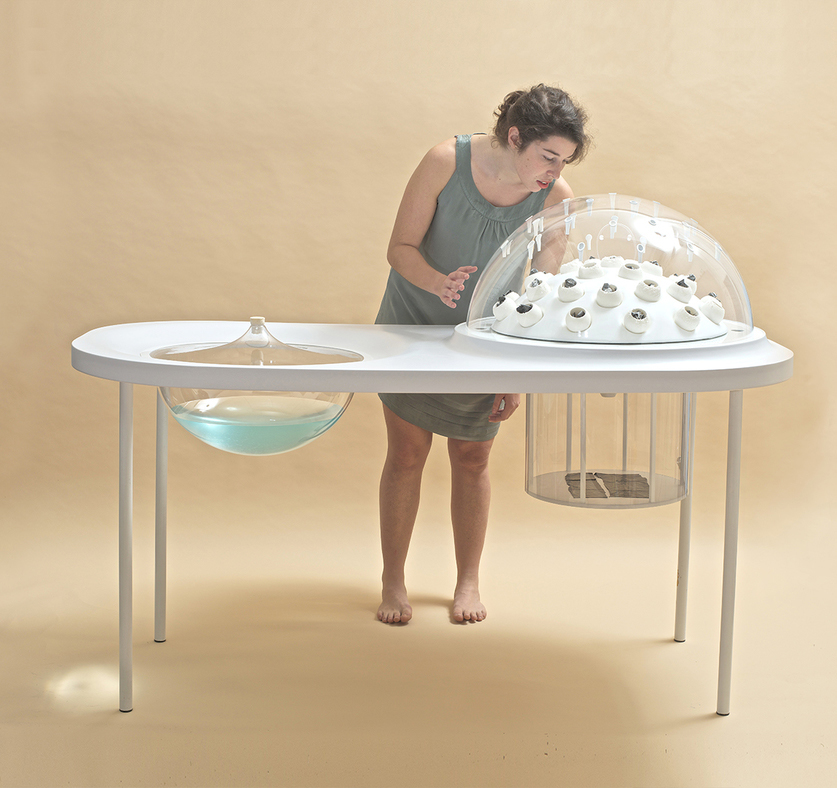 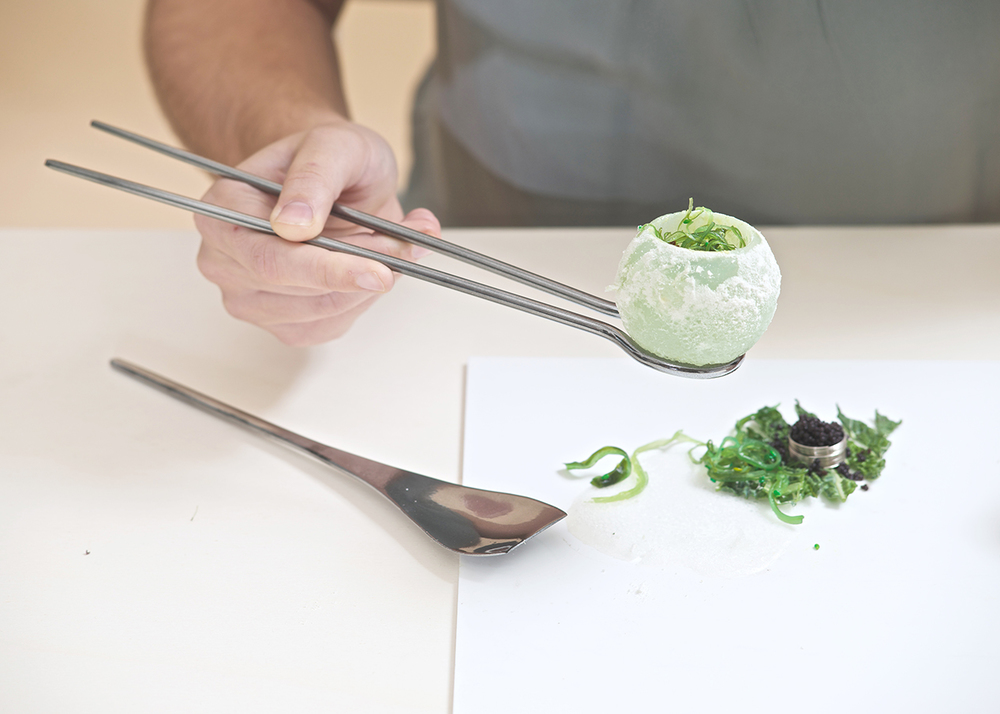 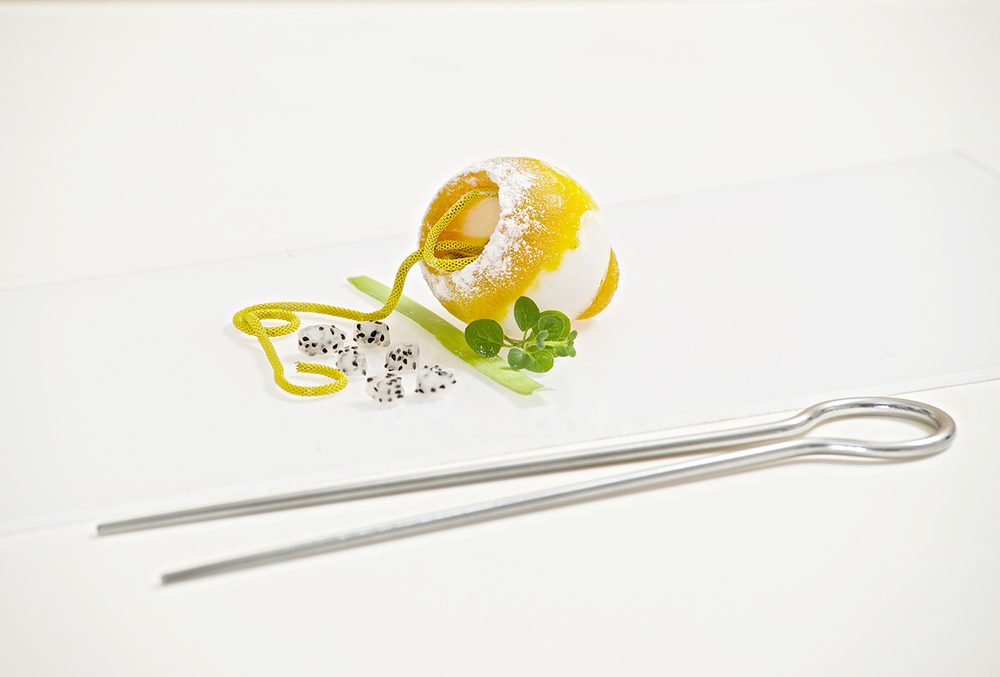 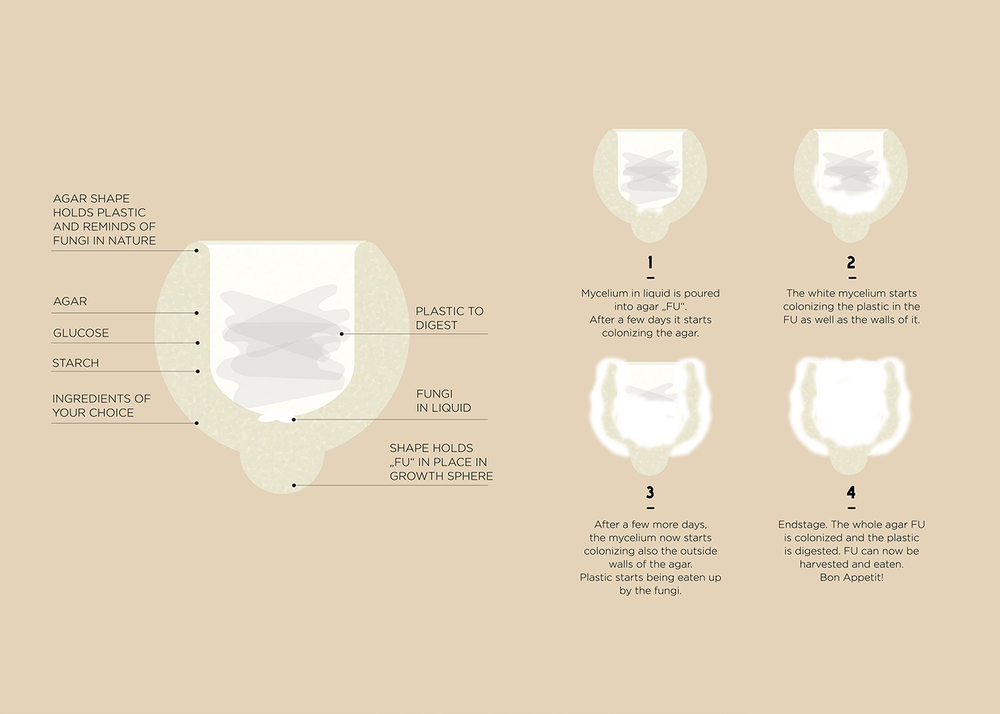 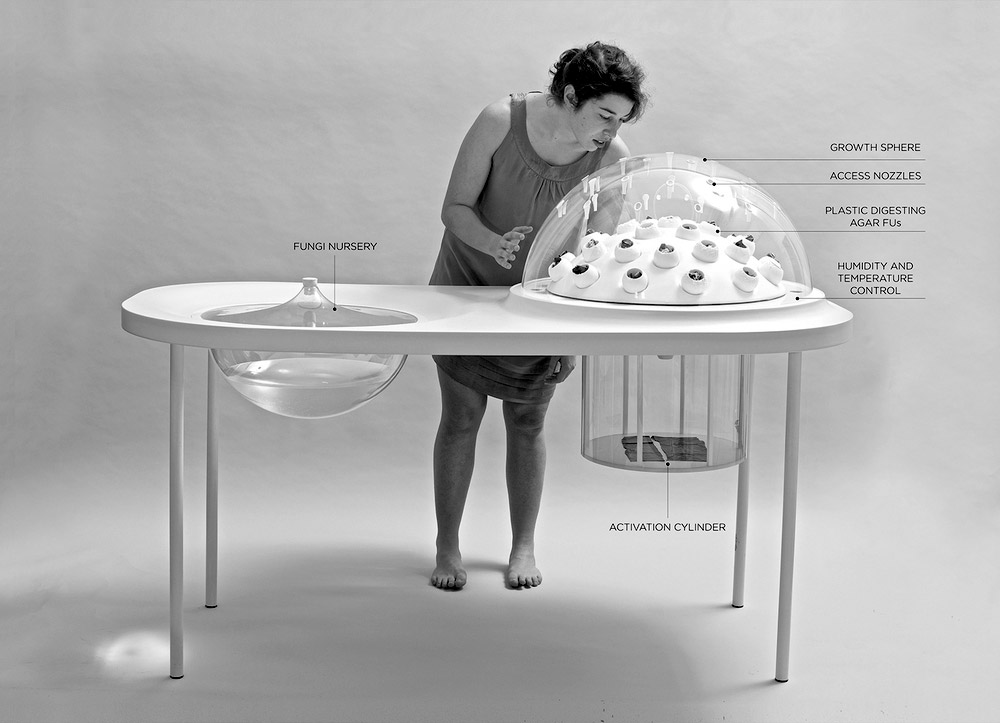 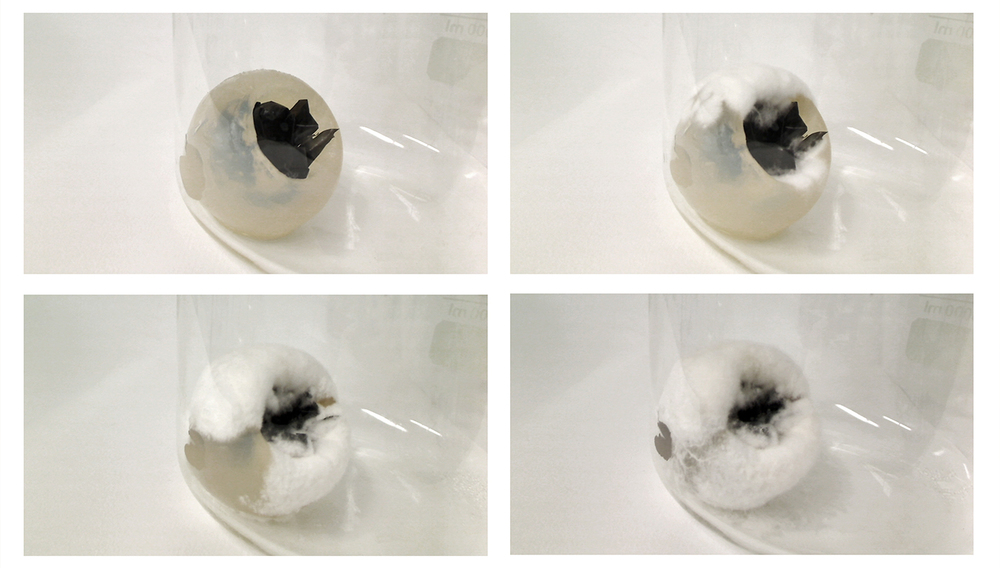 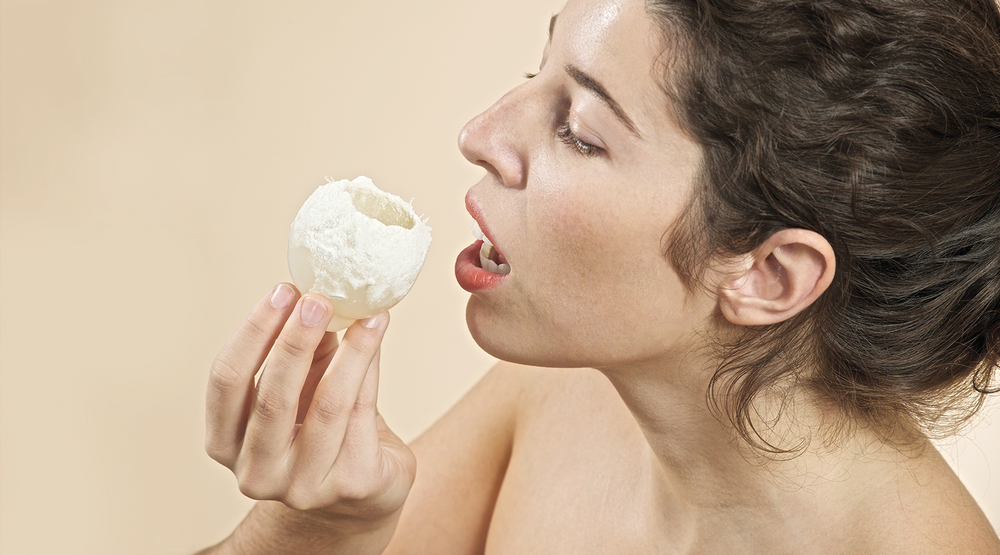 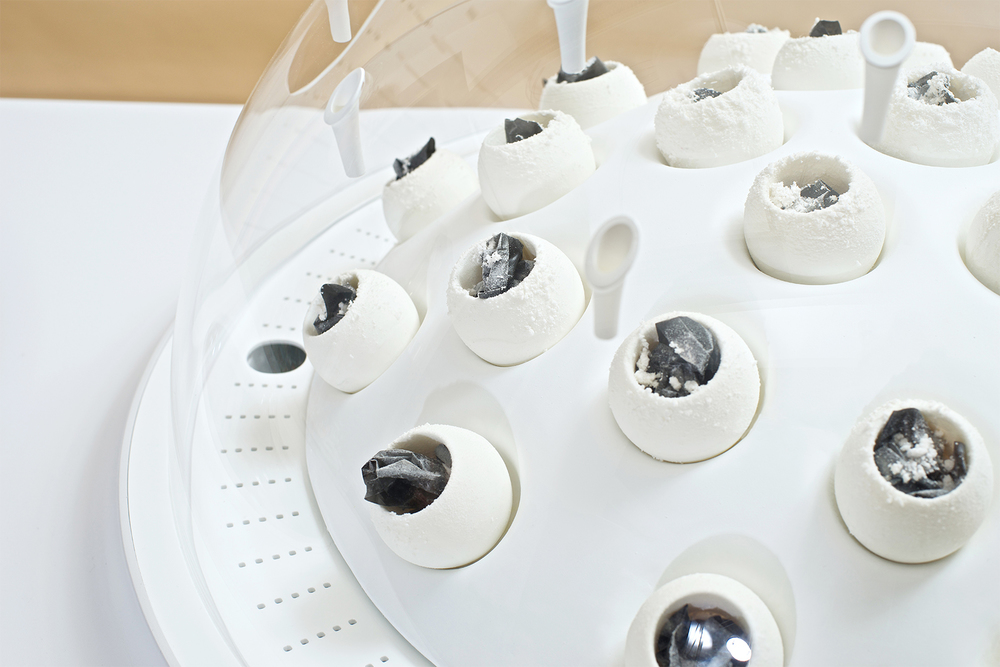 Goma Wakame Lime FU with Sauteed Cabbage and Caviar. Would you eat it?
2/8 Photos

Designers Katharina Unger and Julia Kaisinger of Livin Studio collaborated with researchers at Utrecht University to devise a system to help precipitate the decomposition of plastic using UV light, then combine this waste matter with fungi and agar to eventually "grow" an edible pod.
8/8 Photos

As someone with a deep curiosity for the weird and wonderful world of fungi, the Fungi Mutarium concept by Livin Studio is what I’d call the perfect nexus of mycology, technology, and design coming together in fruition to solve a growing problem: global waste. Designers and researchers are working together and investigating plastic waste as a nutrient source to help grow future foods quite unlike anything available today, all inside a futuristic farming system which wouldn’t look out place within the halls of Salone del Mobile or IMM Cologne.

Fungi has already been explored as an effective non-chemical means of removing toxic substances from both water and soil, and also breaking down synthetic polymers, with myco-technologists like Paul Stamets trumpeting the potential for cleaning the world’s pollution using mycelia’s evolutionary ability to break down long-chain molecules of organic and inorganic matter into digestible form.

The discovery specific fungi are capable of eating up some of the most toxic of materials is spurring on research into fungi as an answer for our global waste problem connected to our addiction to disposable, cheap plastics goods. Fungi may also become the foundation of a new chain of food supply if this intriguing growing system can move beyond the prototype phase and eventually help grace our plates with the “fruits” of its terrarium growing labor. 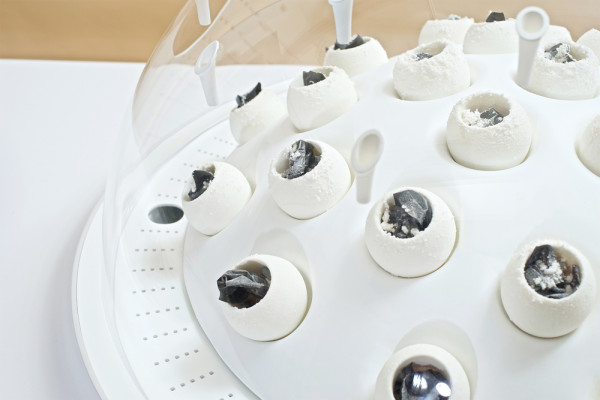 Designers Katharina Unger and Julia Kaisinger of Livin Studio collaborated with researchers at Utrecht University to devise a system to help precipitate the decomposition of plastic using UV light, then combine the resulting waste matter with fungi and agar to eventually “grow” into an edible pod. 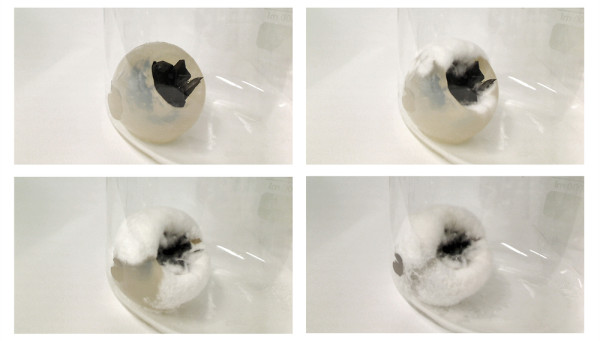 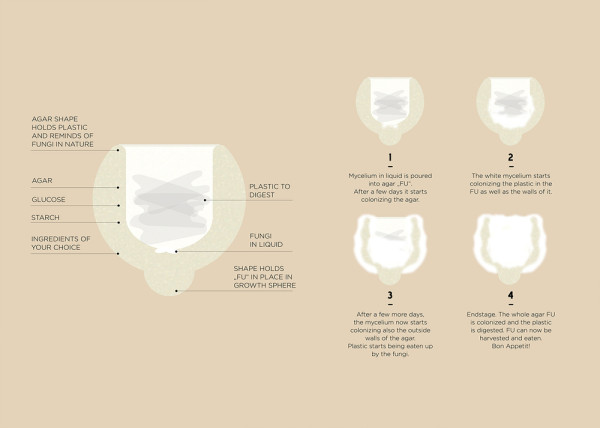 “We were working with fungi named Schizophyllum Commune and Pleurotus Ostreatus. They are found throughout the world and can be seen on a wide range of timbers and many other plant-based substrates virtually anywhere in Europe, Asia, Africa, the Americas and Australia.Next to the property of digesting toxic waste materials, they are also commonly eaten. As the fungi break down the plastic ingredients and don´t store them, like they do with metals, they are edible.” 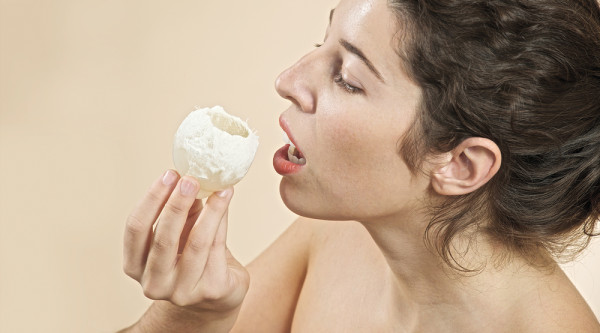 Since agar – a common gelatin substitute made from seaweed – is a neutral flavored substance, the harvested mycelium pods (which share a passing resemblance to Cadbury eggs) grown within the Fungi Mutarium are ideal for spicing or pairing with other ingredients in endless combinations. Molecular gastronomists around the world are undoubtedly watching technologies like the Fungi Mutarium, planning for the day when fungi and technology help grow menu ingredients directly from their kitchens while keeping landfills a little less busy. 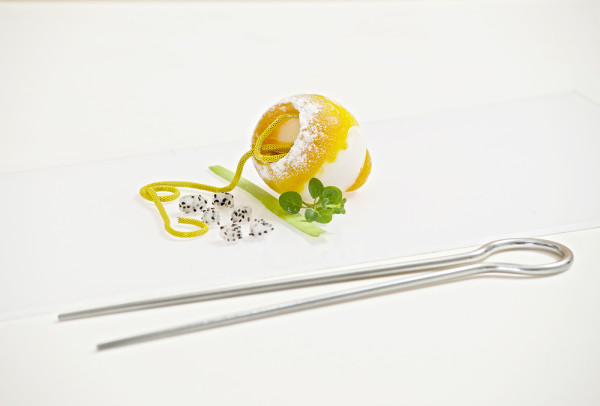 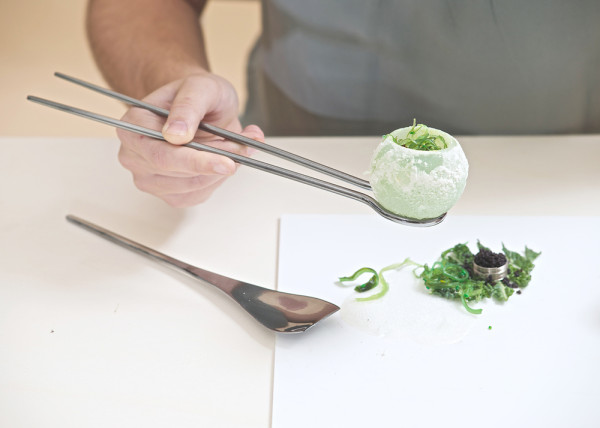 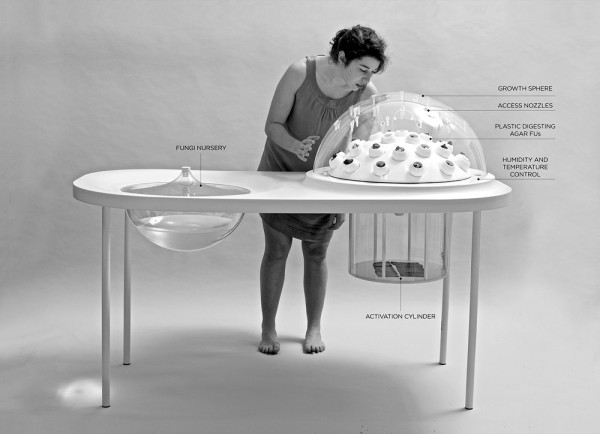 Additional details and videos about the research behind the Fungi Mutarium at Livin Studio.