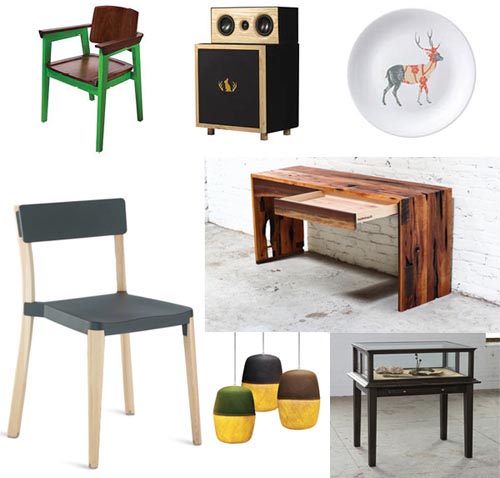 I’m excited to be a part of Four Corners: Design from Philly Surrounds, an exhibit curated by Philly locals Caroline Tiger and Royce Epstein that will be shown at Minima Gallery during DesignPhiladelphia (and ongoing), starting October 10th.

The exhibit is a reconstructed lived-in loft containing 50 objects conceived, designed, fabricated, and/or produced by designers and brands based in Philadelphia proper and its immediate surrounds. Featuring chairs, tables, lighting, artwork and more from Philadelphia design giants such as Florence Knoll, Anne Tyng, and George Nakashima, and new and emerging talents, like Jaime Salm of MIO, Jesse Gerard of Carrot Grant, and Jeanine Hays of AphroChic – it creates a dialogue between the old and new – both in terms of age and manufacturing techniques.