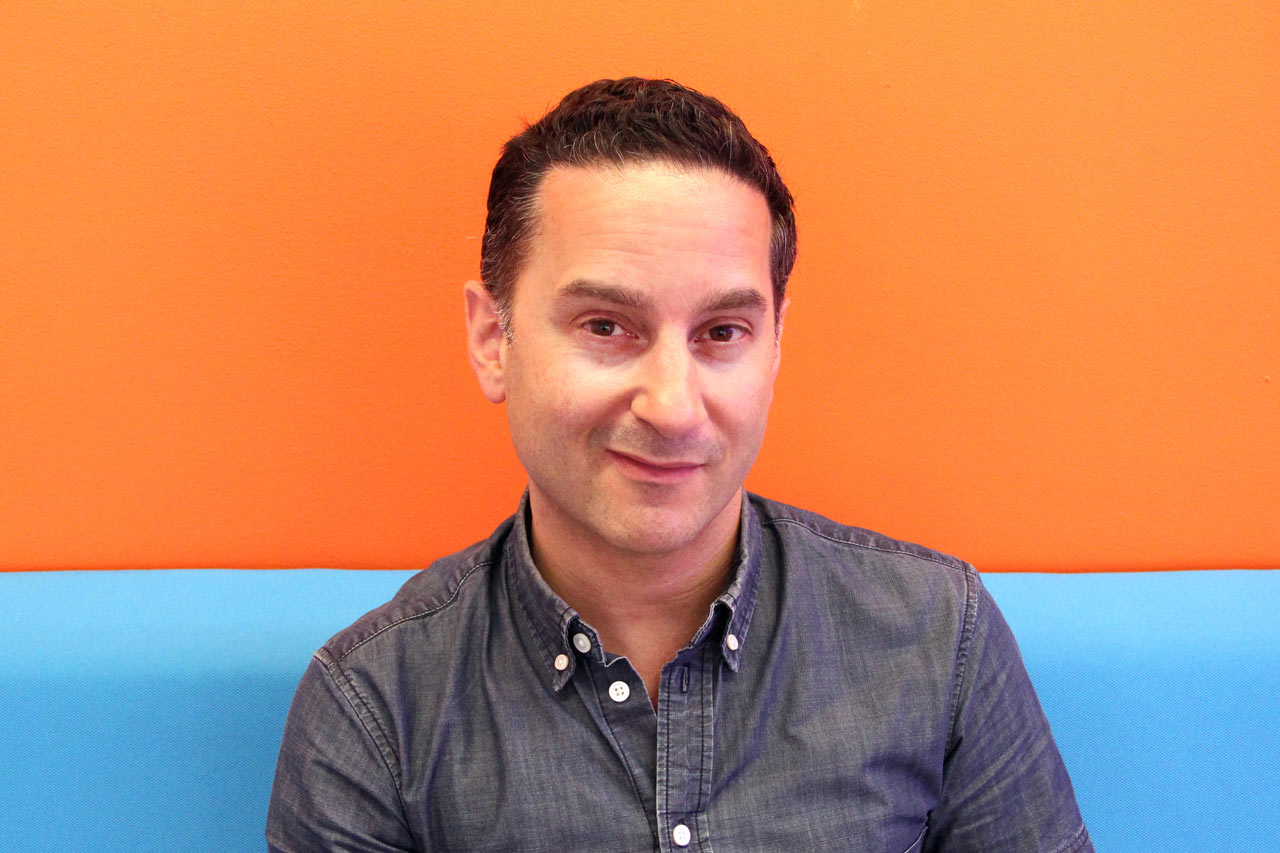 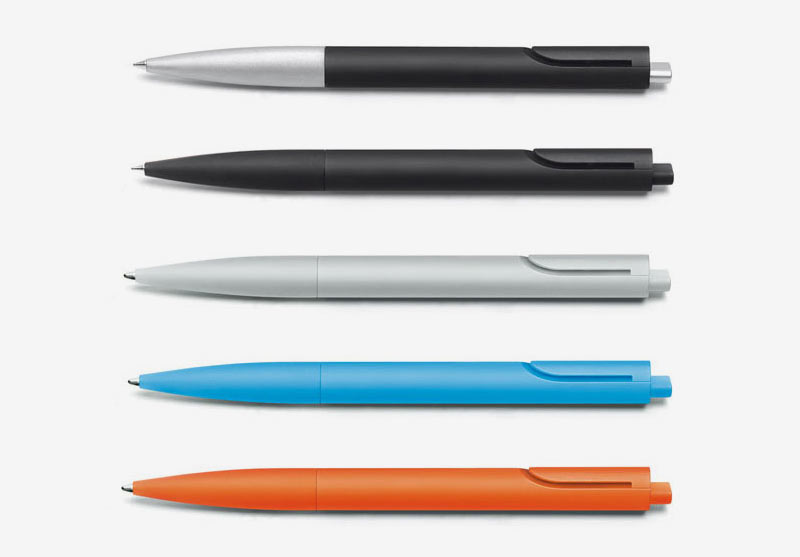 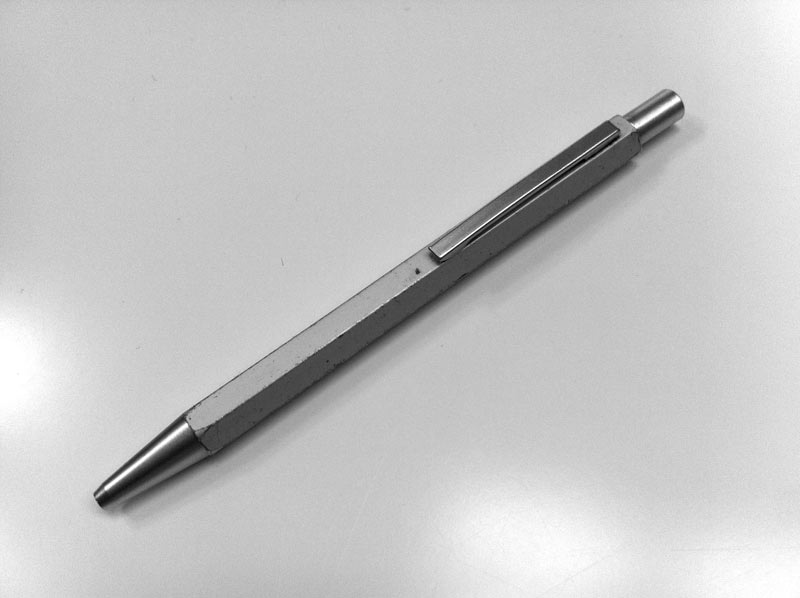 In 2011, American industrial designer Jeff Miller took over the role as head designer of the über popular modern office accessory company Poppin. The native New Yorker leads a team of people that are just as committed to creating the most clever and colorful office products as he, and with over two decades of skills, he’s the perfect man for the job. It’s clear he has a passion for the tools of the trade so it’s no surprise his Friday Five takes a look at five decades of writing utensils.

1. Parker Slinger
Must have been about 1978 that I wore one of these around my neck…everywhere. Not a hallmark of industrial design, but at least a standout. That bulbous two-part head lead to a lifetime of affinity for the possibilities of injection molded plastic.

2. Parker 75
I received this pen as a Bar Mitzvah gift, replete with faux velvet-lined clamshell case, and then preposterously deployed them together at my school desk daily. The glint, heft and smoothly satisfying twist, all from such a slim cylinder, laid the foundation for future understandings about a multitude of consumer triggers, including precision, quality, and luxury. 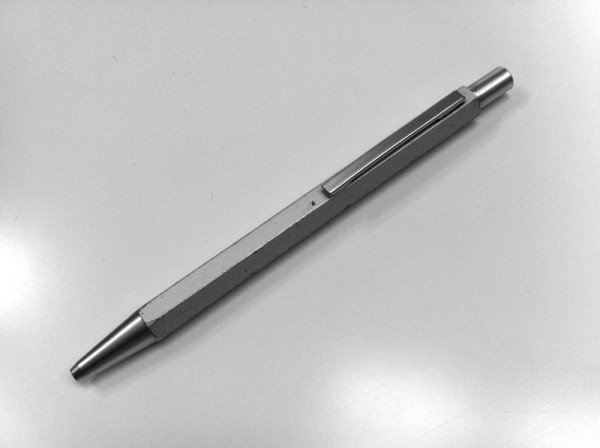 3. Muji Mini
In my 20s I made my first professional trips to Japan where I picked up one of these aluminum pens, so aesthetically synonymous with the no-nonsense Muji brand; purist forms treated to honest materials, and exemplary finishes in a compact size. Despite my access to better writing implements, this pen was always nearer, for the fact that it fit in my pocket. 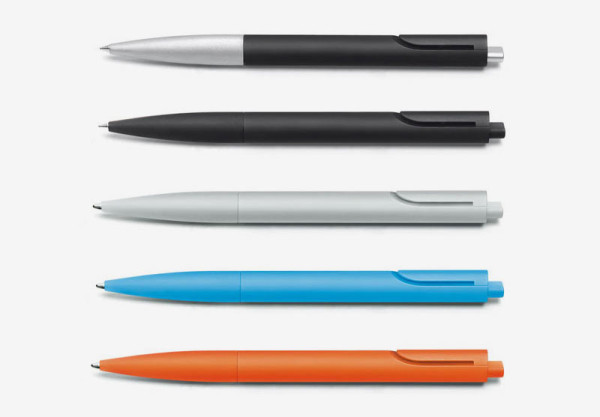 4. Lamy Noto
Naoto Fukasawa’s design invariably hits the mark with just enough sensuous form to intrigue but never overwhelm. Putting this pen though its paces taught me yet again that no detail is too small to make an impact; from the tiny detents that internally align the triangular section halves with just the right perceptible click, to the surprisingly tactile and smooth mechanism retraction, to the clever tongue and groove attachment of the clip, the artfully sliced form of which is enough to inspire on its own.

5. Kaweco Sport
Just look at all that blissful chunkiness! Who doesn’t want that? As a young designer always partial to what’s new, it would have been difficult to appreciate the conundrum that is so delightful about this pen; classically formal and austere, but also iconic, whimsical and chic. Makes me want to step outside my comfort zone…

In the meantime, I’ll be writing with Poppin.