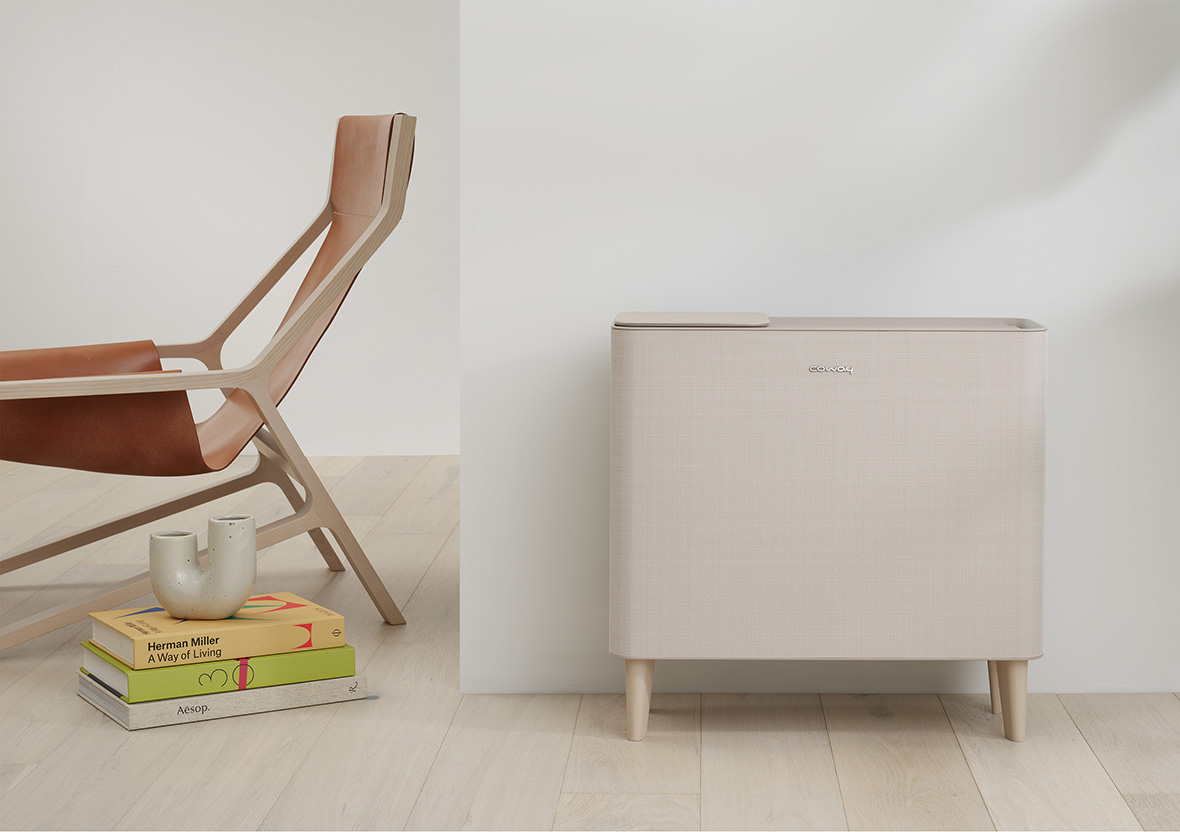 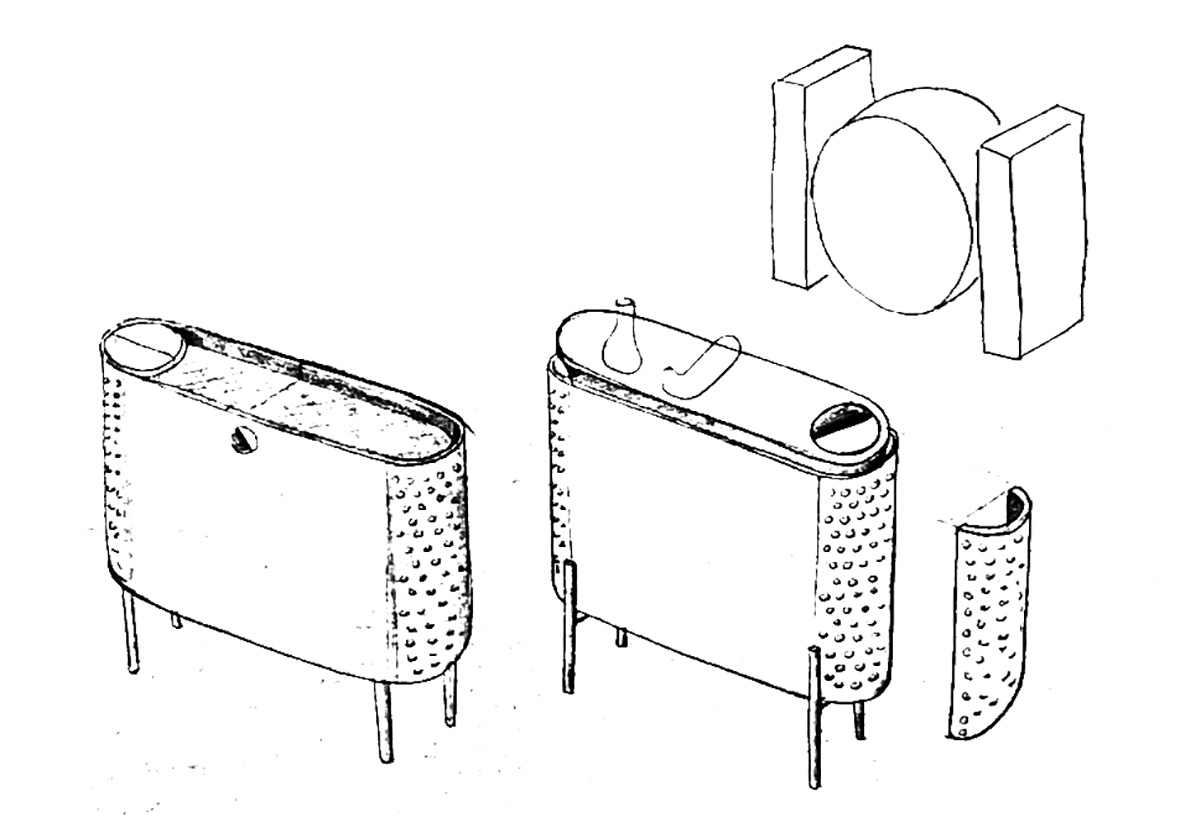 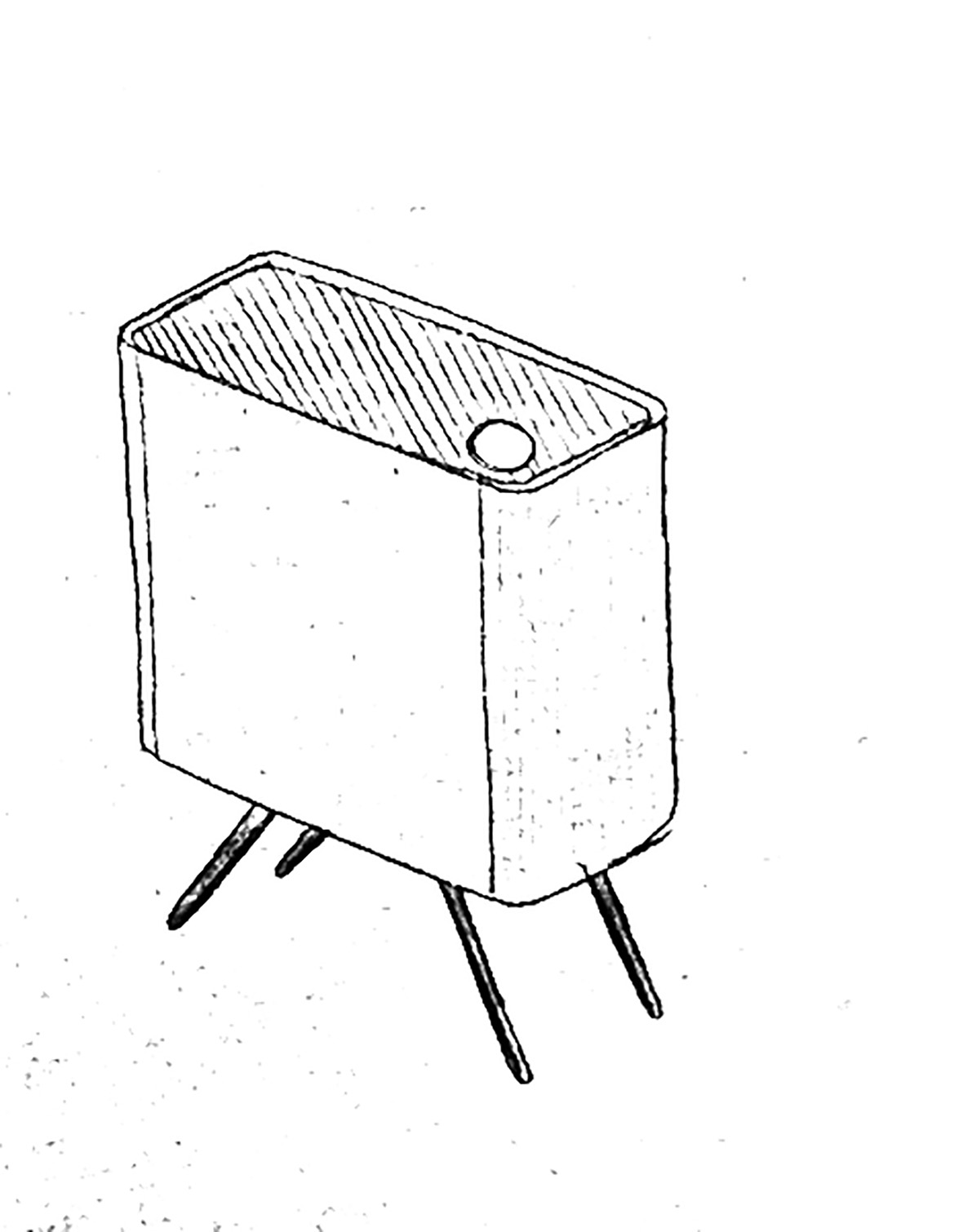 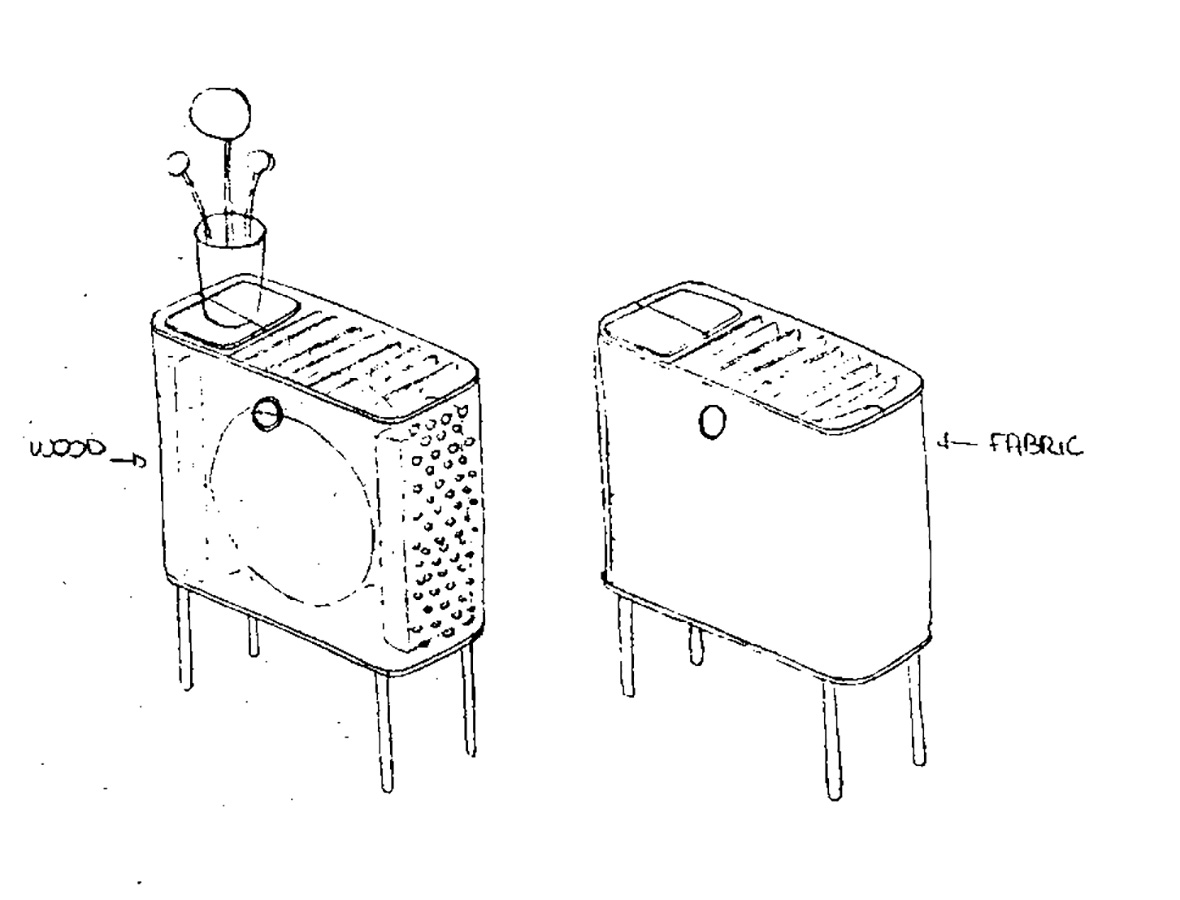 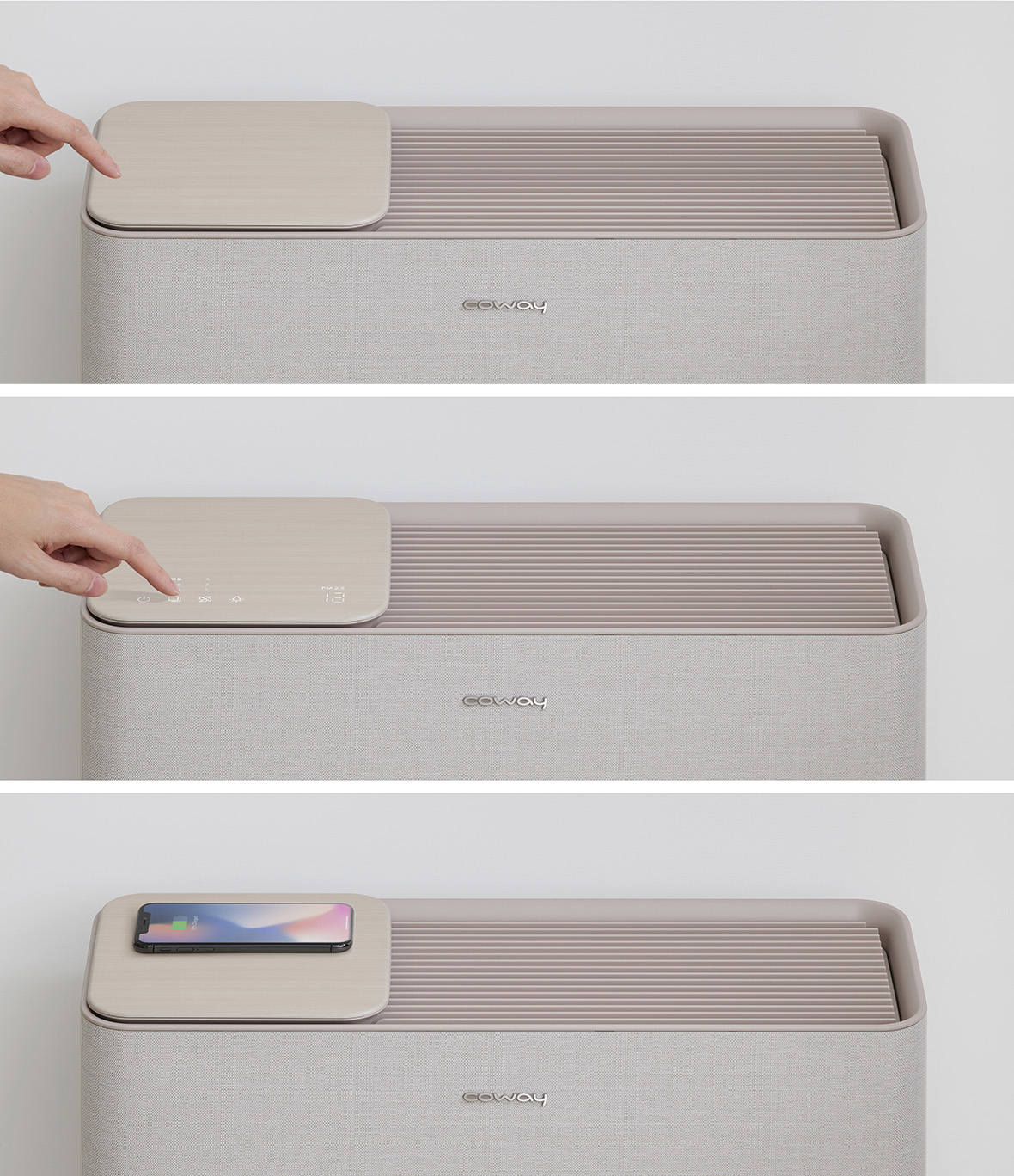 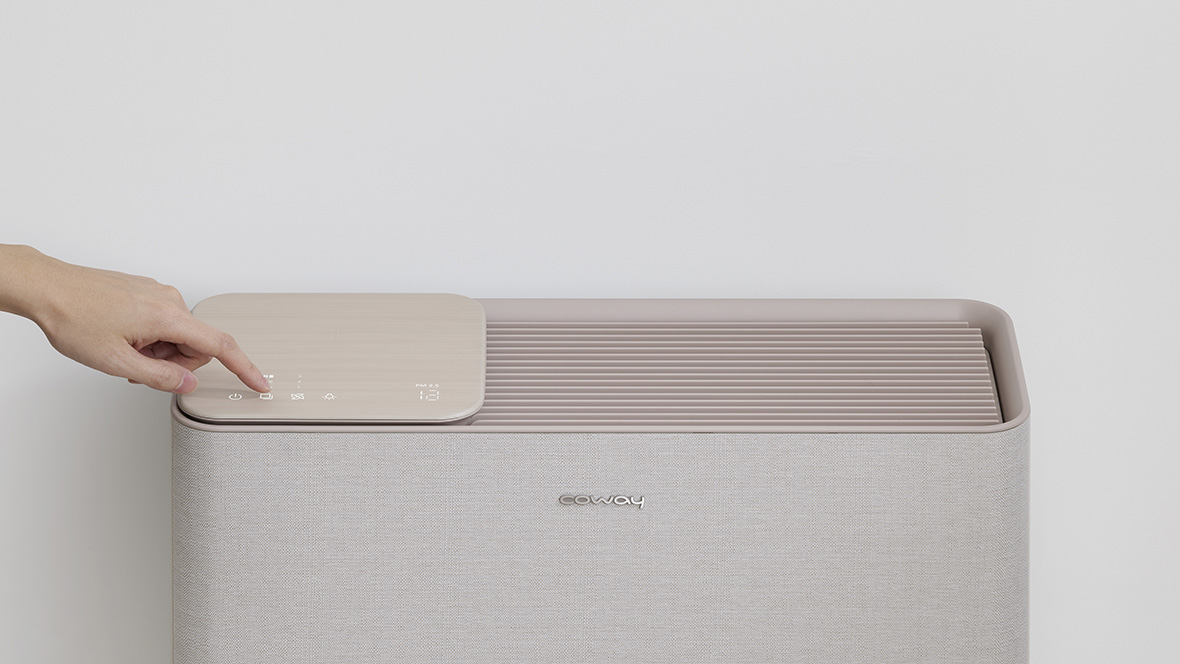 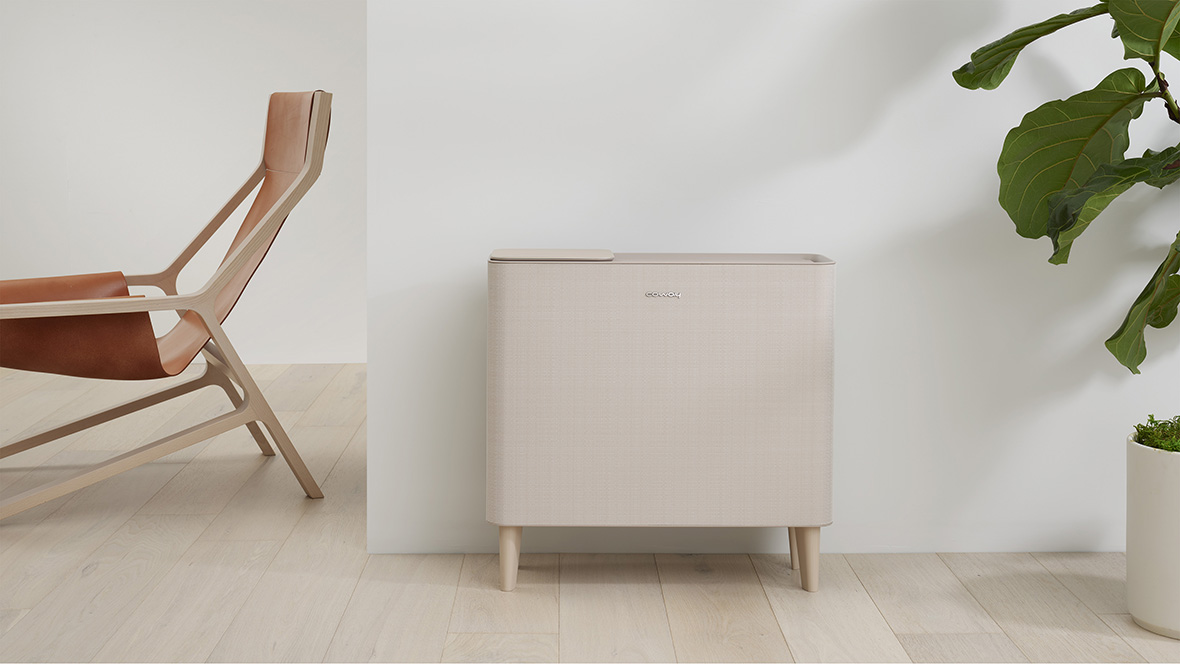 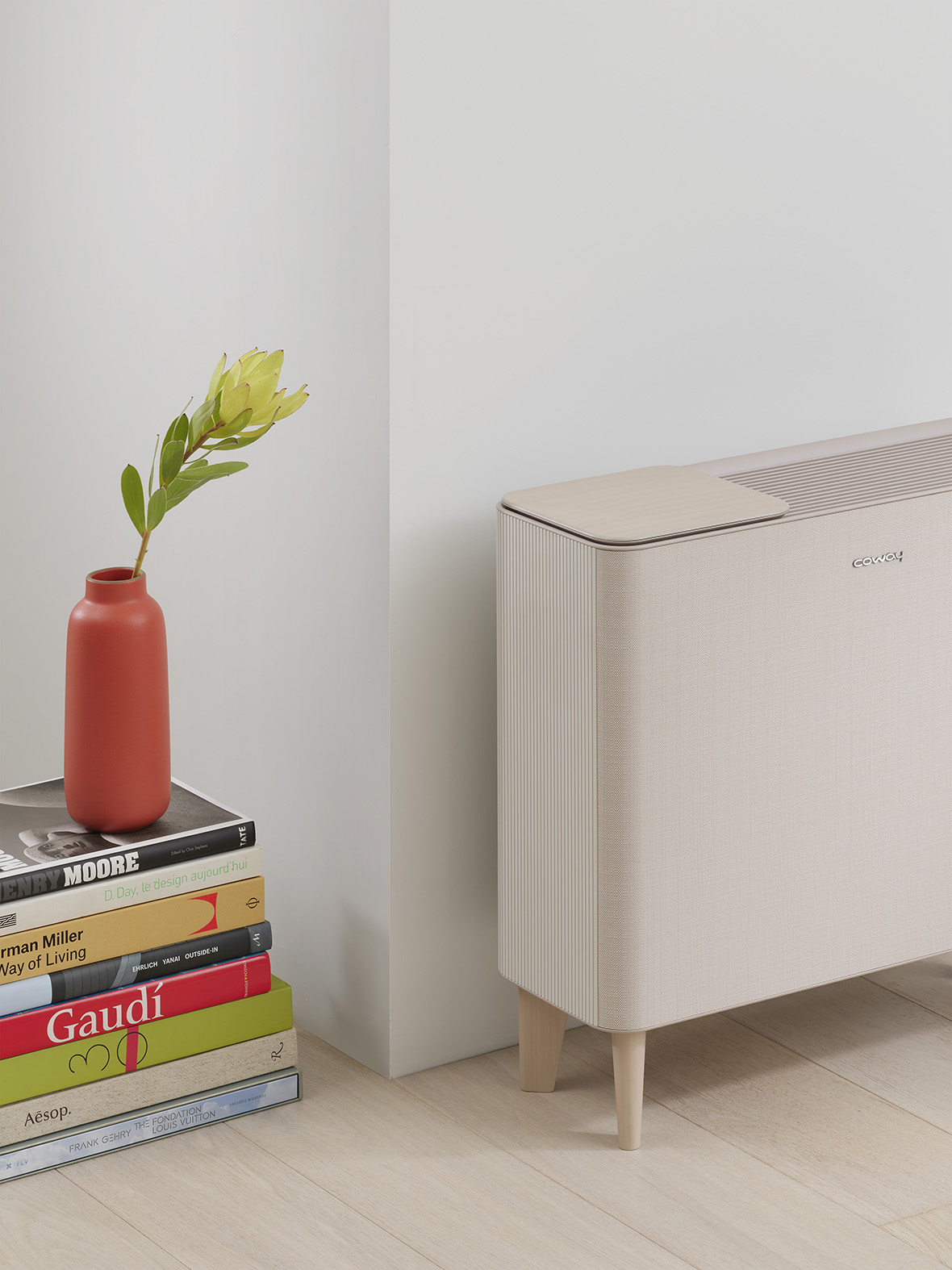 Beyond being represented by the biggest musical act in the world, Korean home-health technology company Coway is equally known for their home appliances – air purifiers, water purifiers, and bidets – each designed to blend into the home with a higher attention to their form as their function. Coway’s latest Airmega Icon air purifier designed in partnership with Yves Béhar’s fuseproject is an example of the brand’s exploration of designing objects meant to openly live within a space without detracting or distraction, with the addition of some unexpected utility. 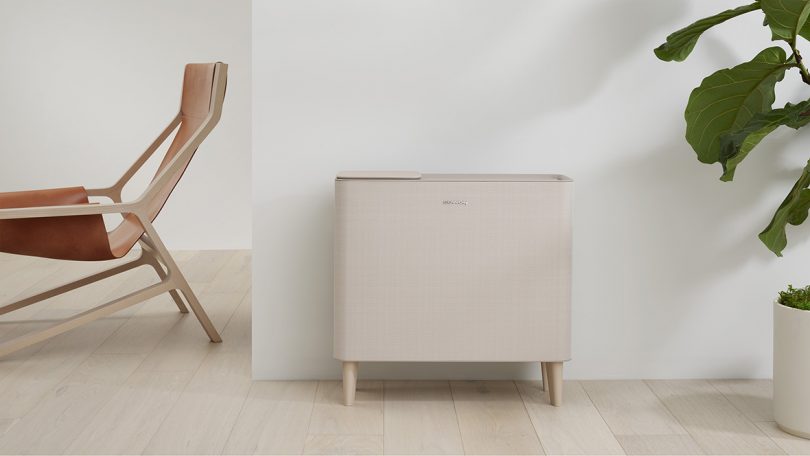 Beyond it’s decor-friendly design, the Airmega Icon’s 3-stage air purification system makes it an ideal living room device and rated for 649 square feet of coverage, capable of removing 99.999% of ultra-fine particles down to 0.01 microns, which is smaller than most bacteria, viruses, fungi, mold, and pollen. 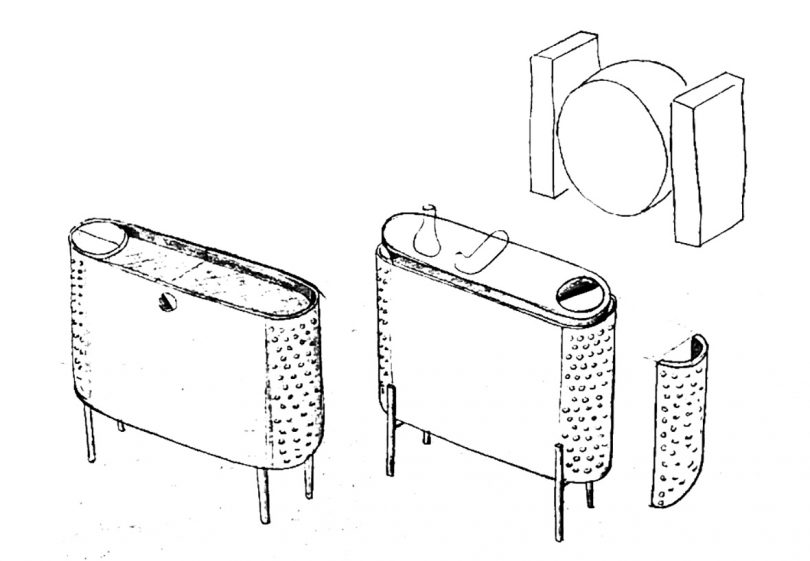 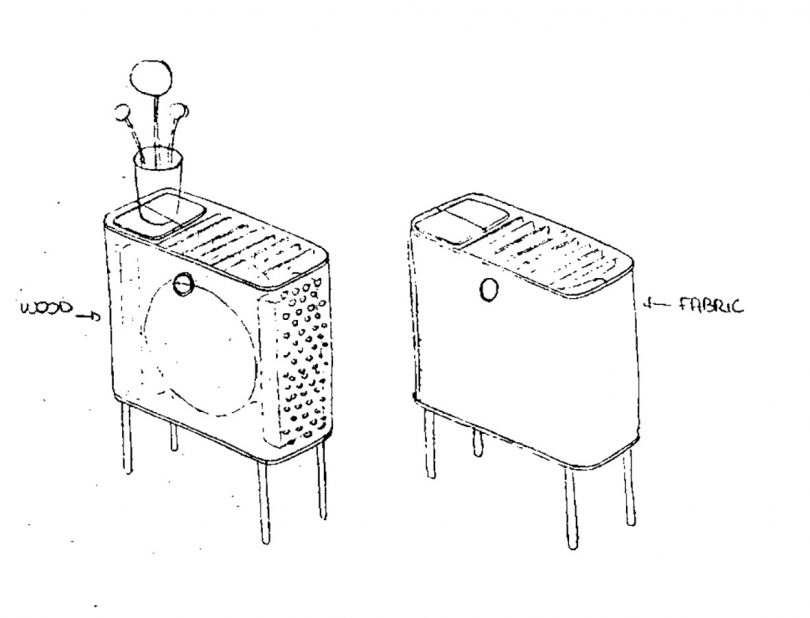 Hyun Joo Song, head of Coway’s design center, describes the design as “eye candy” versus “an eyesore,” intentionally designed from the start to maximize the air filtering capabilities by welcoming an open air placement. 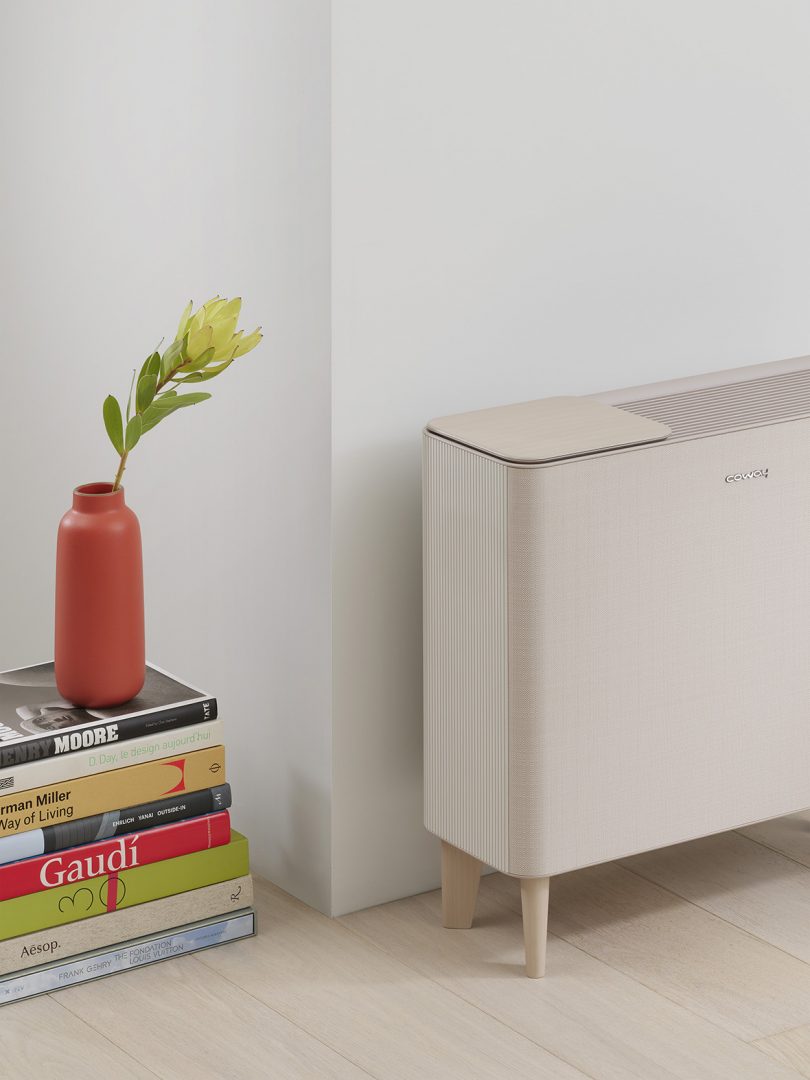 “We were inspired by design ethos commonly applied to furniture, and set out to create a model that improves health, but also serves as a beautiful and practical showpiece,” explained fuseproject CEO and Founder Yves Béhar. “Rather than imposing a boxy or round plastic object that stands out as utilitarian technology, the Airmega Icon’s design uses new geometry to fit into spaces discreetly and elegantly.”

And indeed the Airmega Icon presents itself as a style-conscious air purifier, utilizing a soft neutral color palette of gray and pink tones, furniture feet, textile cover, and faux wood finish to impart the air cleaning device with the presence of a side table rather than a plug-in appliance. The slim shallow footprint (22.3 x 8.8 x 21.4 inches) makes the air purifier practical to place against a wall or to the side of a sofa without bringing too much attention to itself but also being conveniently close by where fresh air is most needed. 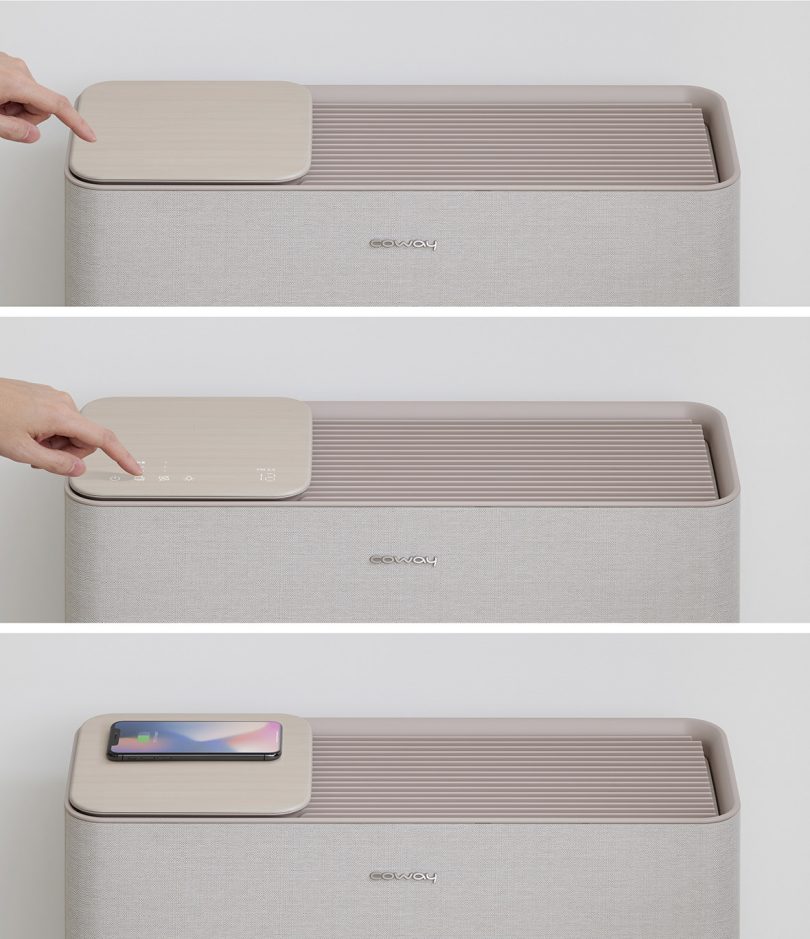 The Airmega Icon’s fabric cover is also water and stain resistant, a thoughtful inclusion for a device that invites use as a side table (though we’d be averse to placing a drink on top of it). Coway also points out the height was intentionally measured to match the average height of a bed, another room where air quality is vital.

The concept of an air purifier as a furnishing is further fortified by the Airmega Icon’s touch activated LED-illuminated controls, technology concealed under a wood veneer panel. The surface top also doubles up as a wireless charging station for mobile devices, a convenient albeit surprising inclusion. Real-time air quality is monitored and indicated using an LED color display that spills across the grills as an ambient light, changing depending on air quality level. Thankfully Coway has included the option to turn off any/all illumination manually; a night light sensor also detects light intensity in a room and automatically dims when in Smart mode.

The first two of the air purifier’s three-level fan speeds are barely-to-modestly audible, but users are probably best to keep the Airmega Icon in the auto smart mode allowing it to ramp up the fan speed autonomously to facilitate air filtering when its most needed (e.g. when cooking fumes intrude, while vacuuming, or dust blows in from an open window). Color-coded LED lighting communicates how clean (or dirty) the interior air is before, during, and after the fans kick in.

The Airmega Icon is available at Coway.com today, with a future updated iteration, the Airmega IconS, which will add wifi-connectivity using the Mobile IoCare app while also adding voice control through Amazon Alexa and Google Home.