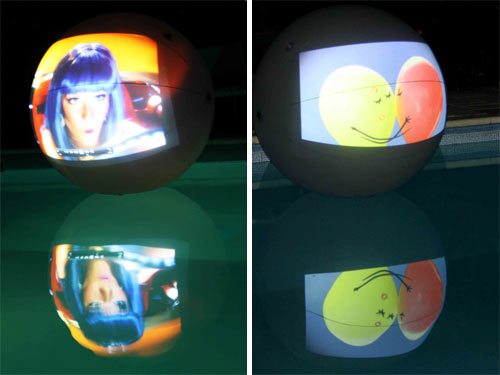 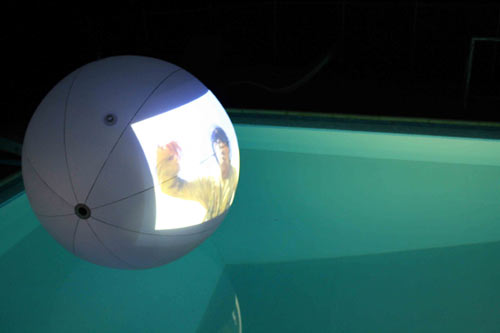 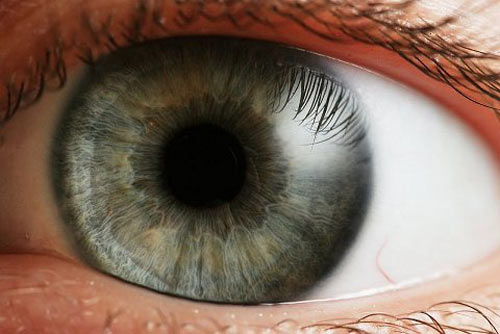 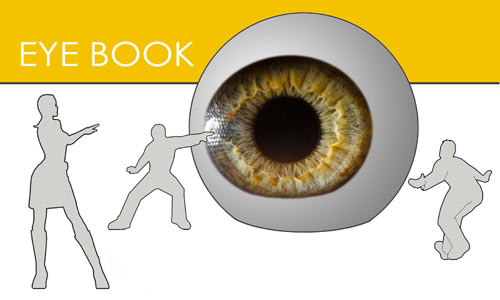 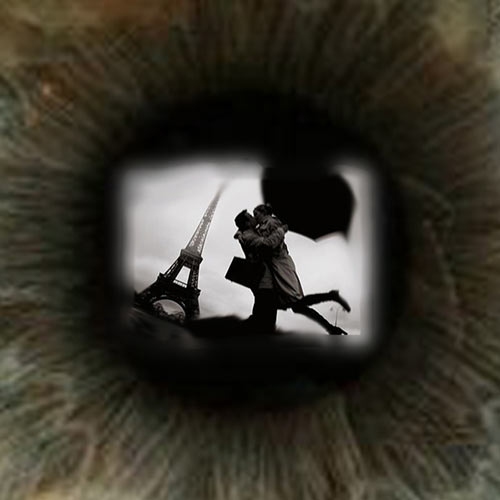 Outdoor entertainment is an underdeveloped area, so obviously I was ecstatic about this amazing new idea by a French architect who goes under the name Ludale (as part of his end of study projects he had the idea of developing a flying city. That already says a lot about his ambition!) After eight years of active practice as an architect, he has embarked on a new venture for which he recently has  been awarded a grant by the Black Rock Art foundation.

His invention is a new media called a Mobule. In a nutshell a Mobule is a mobile rolling video “ball” that is part art, part entertainment. The “balloon” is made from the same materials as any standard cinema screen. Inside the balloon, a multi-media mechanism allows the device to roll and at the same project a video and sound.

Applications are artistic, commercial and residential. In the summer he is embarking on a world tour presenting the design in action. Stops will include Paris, London, Barcelona, New York, Los Angeles and San Francisco. All the events kick off at nightfall. Each stop will be the opportunity to present the Mobule as an art installation. It is pretty much an “Eyebook” rather than a Facebook, connecting people in a surprising way across the world, engaging them to actually contribute and become part of work of art. Attendees will see a 2.5-meter high (8 feet) Mobule presenting the image of an eye. As you get closer to it the eye will move automatically move, roll towards you.

It will look straight at you. As one gets closer, the computer focuses the pupil. The image of the eye fades out and the only thing  you see is the video message posted by a person who saw the Mobule in a previous location! It is a very creative way to send a message from one city to another.

After having read the message, you will become an actor of the whole process. An event manager will meet up with the spectator and make him part of the entire process. He will fit him with a type of “space helmet.” This spectator’s eye will now be the one projected on the Mobule that other visitors will now see. After having been “the eye” for three minutes roughly he will then be invited to leave a message that will be relayed in the next city. At the end of the world tour, all the message will themselves be part of an exhibition.

For residential use, Mobule has great entertainment potential. Options include watching a movie on a Mobule rather than on a classic screen. It can also be a great idea for weddings, parties… for which the images captured during the day can be played on these. The device also works via Wifi allowing streaming video. I personally would break the virtual bank and have a Bill Viola video playing! For homes sizes range from two-feet wide up to 16 feet! Prices start at 9,000 euros.

The Mobule  is outdoor friendly and can even float on a pool. The great part is that it is quite a plug-and-play deal. You receive the design is a kind of suitcase. Unfold it. Put on the floor. Plug it in. Press a button and voilà! To upload or connect content it is equally simple — all it takes is a USB key.

Watch it in action:

To see the installation and get a first hand experience, dates will be on the site: Ludale. fr.

You can follow Anne on . Read all of Anne's posts.